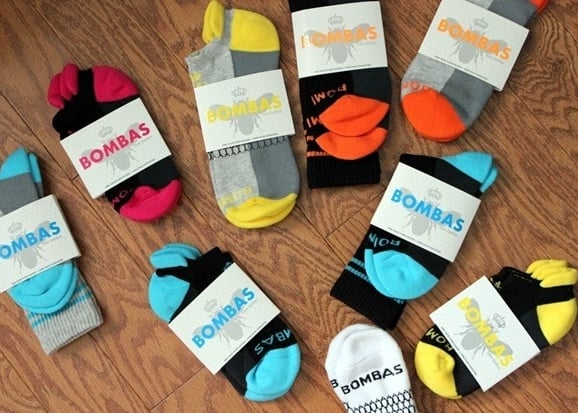 When I first started getting into working out, I used to buy super cheap socks. This may work for socks you aren’t wearing often, but for fitness socks, they need to be able to take a beating. Inevitably, within a few weeks those cheap socks would already be really worn in the heel, stretched out and falling down when I worked out, and/or have a hole in the toe. Since then, I’ve grown to appreciate a seriously good pair of socks, and have gotten quite picky about which ones I’ll wear. That said, when the team at Bombas offered to send me and Matt a variety of their athletic-leisure socks to test out, I was interested to see how they stacked up against some of my favorites. 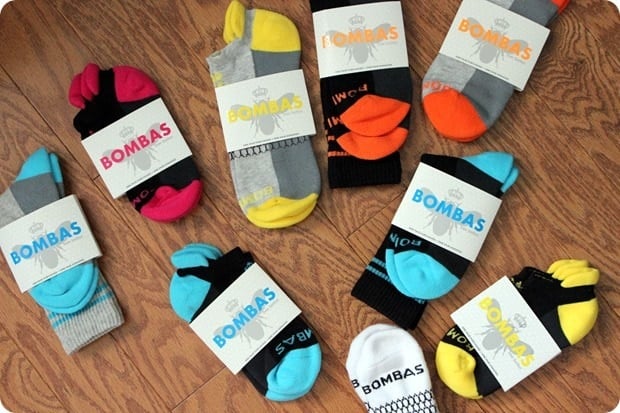 Bombas offers two sock heights: calf and ankle, in both men’s and women’s sizing. You can choose between solid colors (white, navy, grey, and black) as well as multicolor options. Cute, right? I liked the colors!

Before even trying the socks, I was already impressed with the company: for every sock purchased, Bombas donates a pair to someone in need. Apparently socks are the number one clothing request at homeless shelters; Bombas has donated over 300,000 socks to those in need since launching in October 2013. 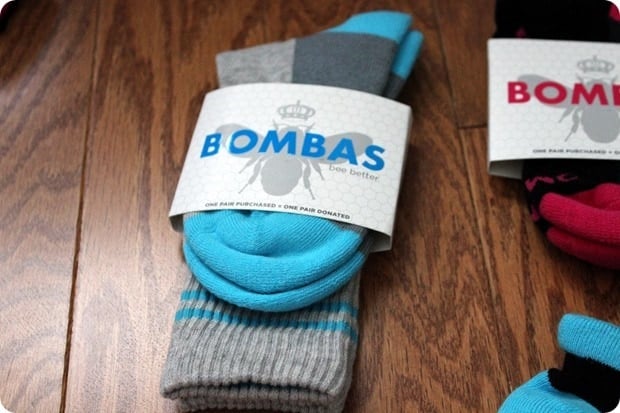 Also cool: Bombas and co-founders David Heath and Randy Goldberg appeared on ABC’s Shark Tank for the season premier on September 26th, 2014! Does anyone else love that show, too?! So addictive! Apparently they made a deal with Daymond John. I’ll have to look up the episode!

Anyway! When Matt and I first tried the socks, our first response was to note how comfortable they were! They are made of Long Staple Pima Cotton, which is super soft and cushy, warm in the winter but cool in the summer, and has natural moisture wicking properties. They feel like pillows on your feet! 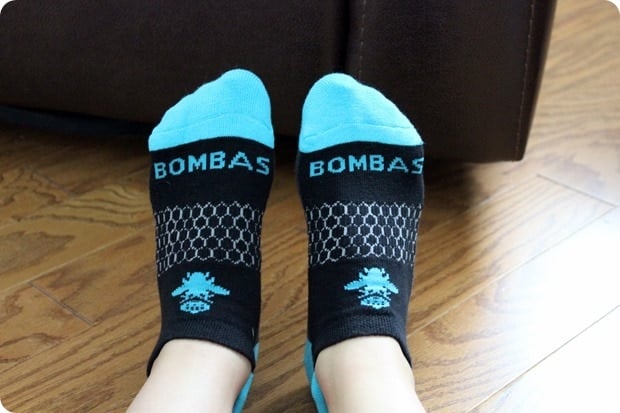 As for the functionality, Bombas has put a ton of thought into making their socks awesome. They spent two years on research and development prior to launch to come up with substantial improvements to other athletic socks.

For their ankle socks, they made tiny ankle cushions that sit directly where your shoe hits your leg to prevent rubbing and chafing. This means they stay up well, too! 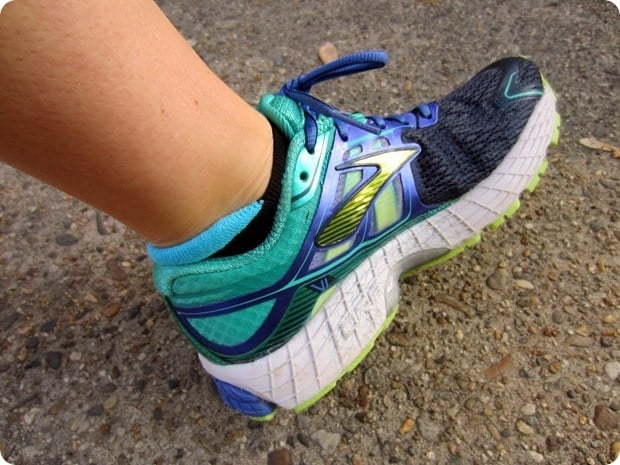 So far, I have worn their ankle socks for a track workout, a 10 mile run, and a few boot camp classes and they were great for both. No moving around, no slipping down, no blisters! 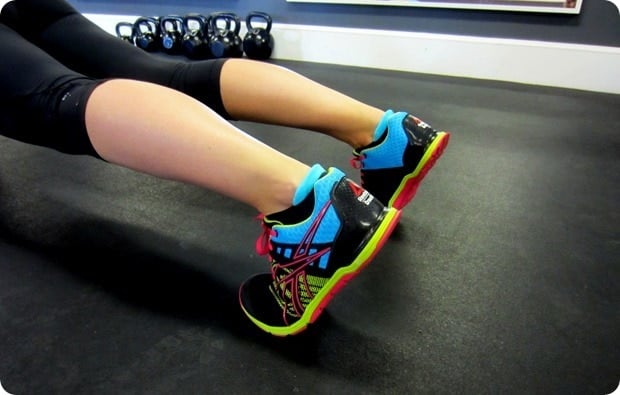 The socks also feel cushy (thanks to a reinforced footbed) without being too thick.

For their calf socks, they tested 133 different tension levels to arrive at the perfect feel. This means they stay up and don’t slip down – without being too tight. Matt LOVES his too! 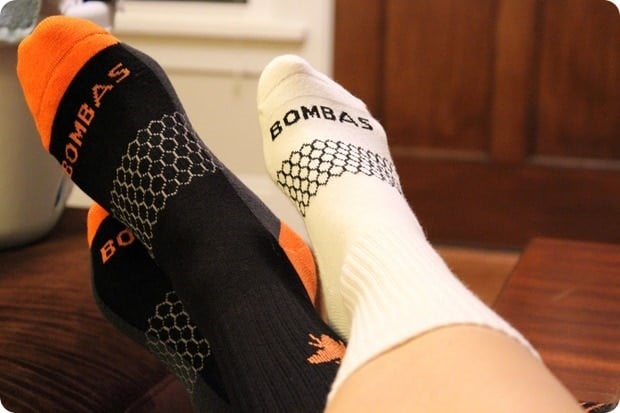 In case you couldn’t tell, we give these socks two enthusiastic thumbs up. I’m already planning to buy us a few more pairs, especially of the calf socks – all my old calf socks have holes in them!

Want to try Bombas socks yourself? Use this link to access a 20% off discount code for your first order of any size. (FYI that you need to enter your email address to get the code.) Bombas has a 100% happiness guarantee, too, so if you don’t think their socks are the most comfortable you’ve ever worn, they’ll refund your entire purchase. Seriously. 🙂

What do you look for in athletic/leisure socks? 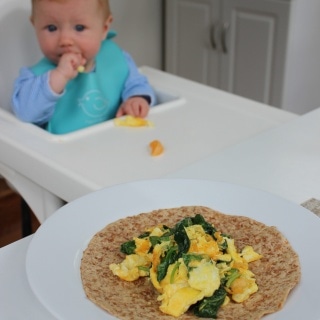 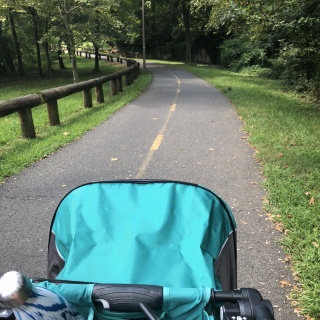 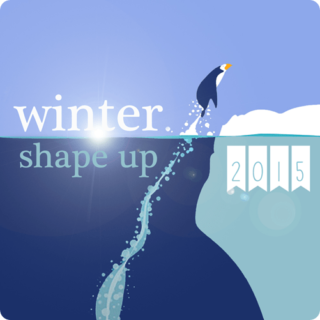 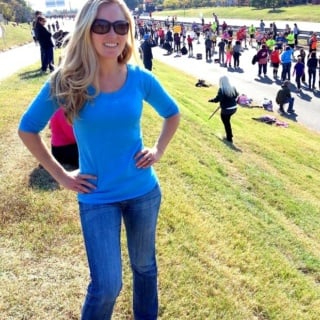