Hey friends! I’m continuing my partnership with Carnival this year, and now that the weather is (finally) awesome and warmer here in DC, I thought it would be fun to share a Caribbean recipe inspired by our cruise back in December/January. Introducing: Jamaican Jerk Turkey Burgers with Pineapple Salsa! 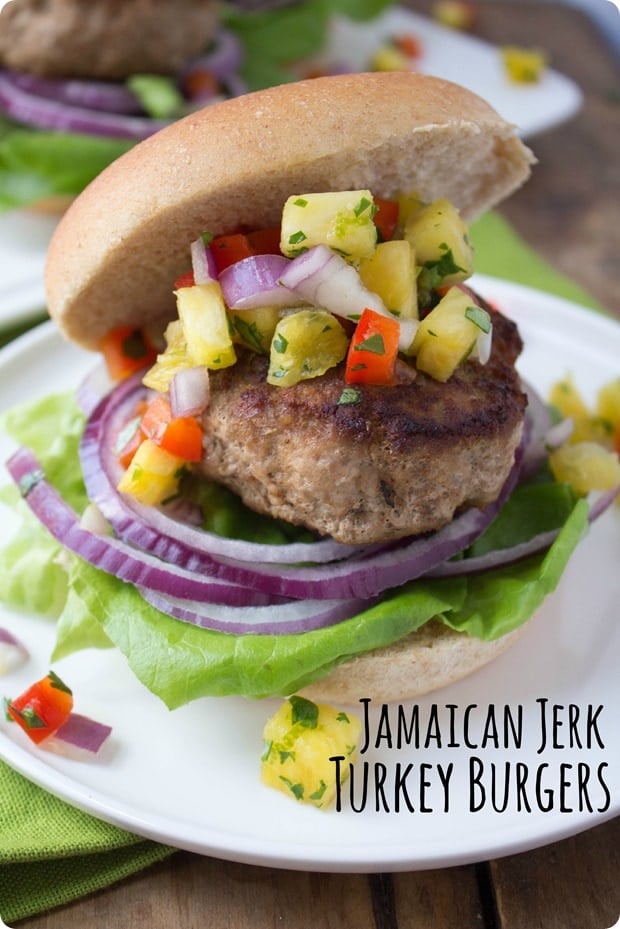 I’ve always loved Caribbean-inspired food – it’s so fresh and flavorful – and Jamaican jerk seasoning is one of my absolute favorite flavors in recipes. Carnival actually served a delicious Jamaican jerk chicken while on our cruise which reminded me how much I love it! Jerk is a style of cooking in which meat is dry-rubbed, marinated, or seasoned with a mixture called Jamaican jerk spice. The seasoning is often applied to chicken, but it goes well with most proteins, including vegetarian protein like tofu! Jerk seasoning traditionally includes two main seasonings: allspice and Scotch bonnet peppers, which are also known as Caribbean red peppers – they are a variety of chili pepper native to the Caribbean islands. The seasoning also usually contains cloves, cinnamon, onion powder, nutmeg, thyme, garlic, and salt, but recipes vary. 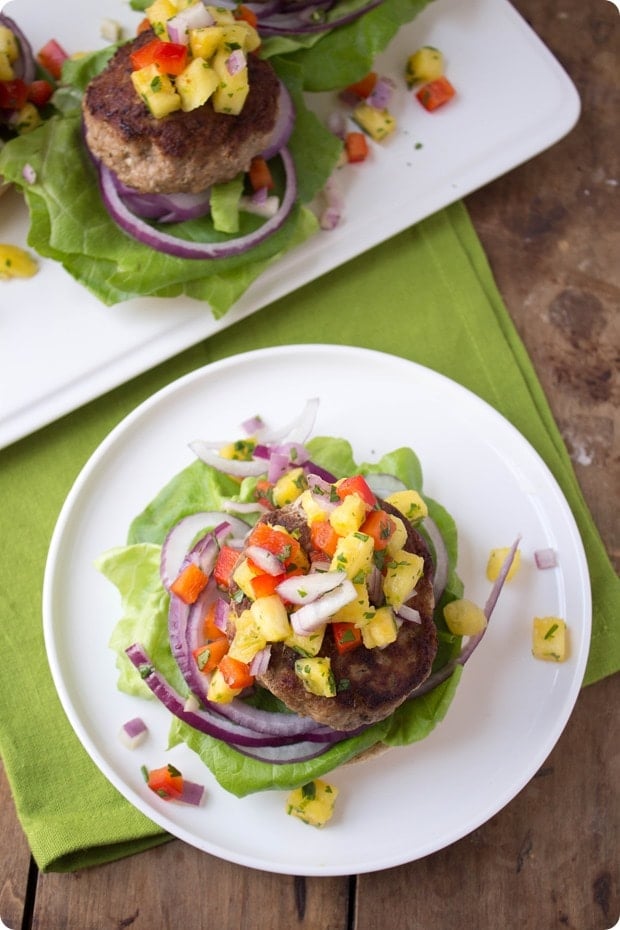 Between the jerk spice flavor and the summery pineapple salsa in this recipe I can almost feel the sand between my toes and the gentle swaying of the ship again. Take me backkkkkk! 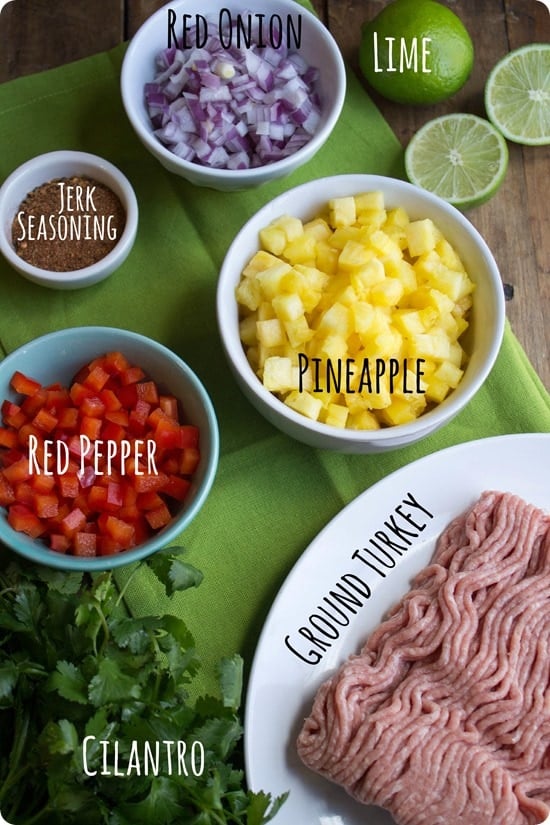 But in the absence of sand and surf, for now I’ll have to settle for the taste of the islands, instead. 🙂 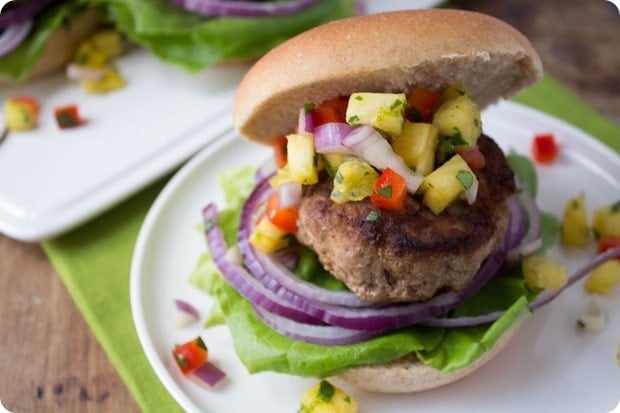 This makes a great weeknight meal, especially if eaten al fresco. Pair it with some veggies or salad if you’d like to add a little more oomph – baked sweet potato fries would be great with it, too! You can grill or pan cook the burgers – either way, I recommend cooking them in coconut oil to amp up the island flavor even more. 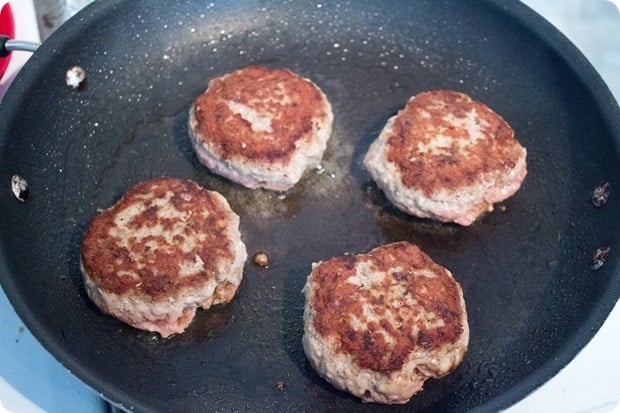 The pineapple salsa makes this dish – don’t leave it out! I recommend making extra and repurposing it into another meal later. It would be really good mixed with brown rice, avocado, and black beans and served atop salad greens for an easy vegan lunch! 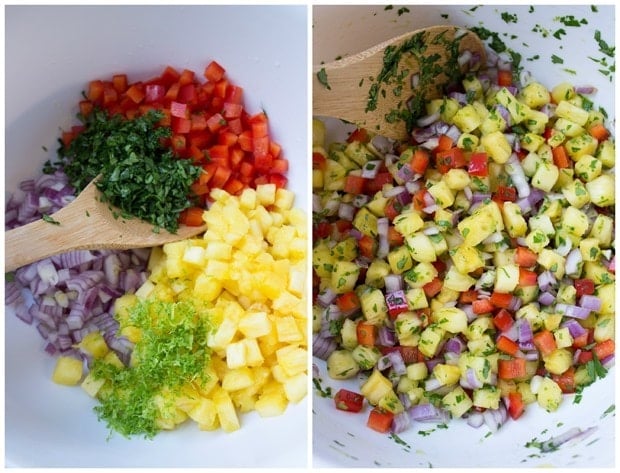 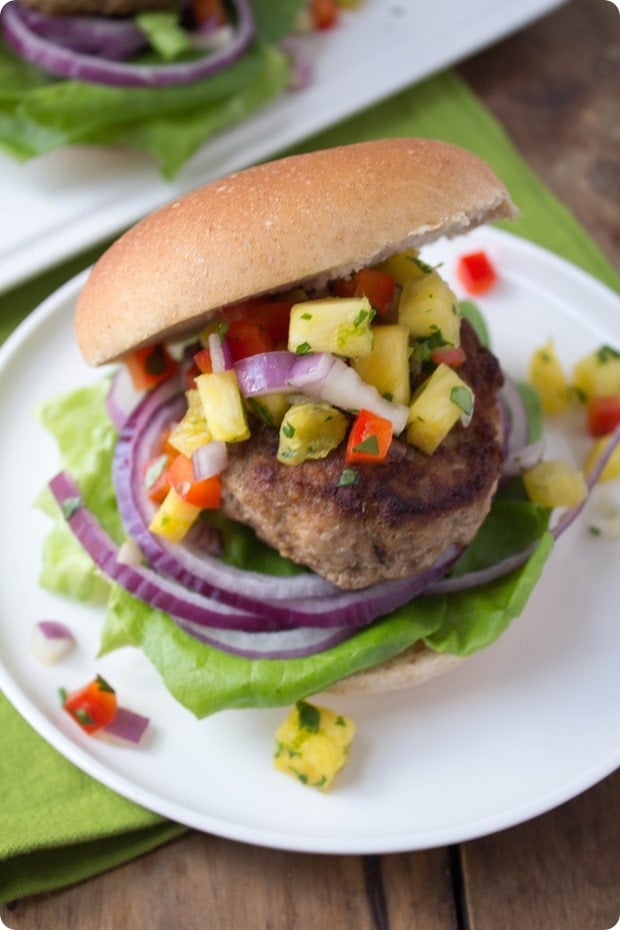 Big burger fan? Here are a couple other favorite burger recipes here on the blog to try:

p.s. If you like this recipe, check out my Caribbean Shrimp Quinoa Salad recipe too!

This post was created for Away We Go with Carnival, the destination for getting in the getaway state of mind. Head on over!

How to Fuel a Long Run 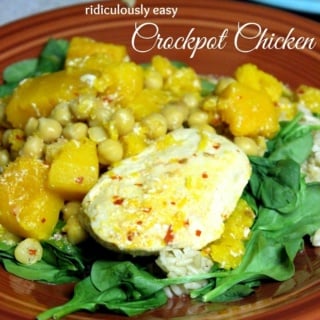 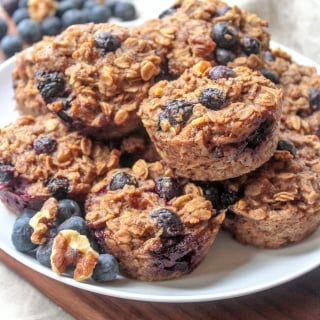 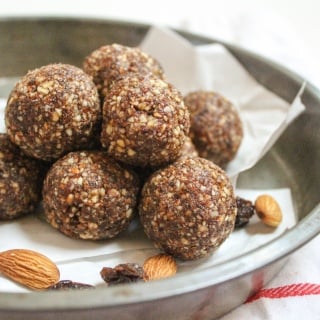 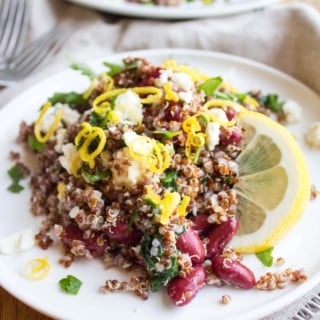