Hey friends! I had such an action packed weekend that I’m going to split it into two recaps. First up is the fitness adventures, and coming tomorrow, I’ll share a recap of my new favorite hotel and restaurant where Matt and I spent Saturday night with our families for Mother’s day. It was wonderful! It’s about an hour and a half outside DC – any guesses where we were? 🙂

On Saturday morning, before leaving for the overnight trip, I was excited to meet up with friends Kathleen and Chelsea for one of my absolute favorite summer workouts: OutRun by Urban Athletic Club! 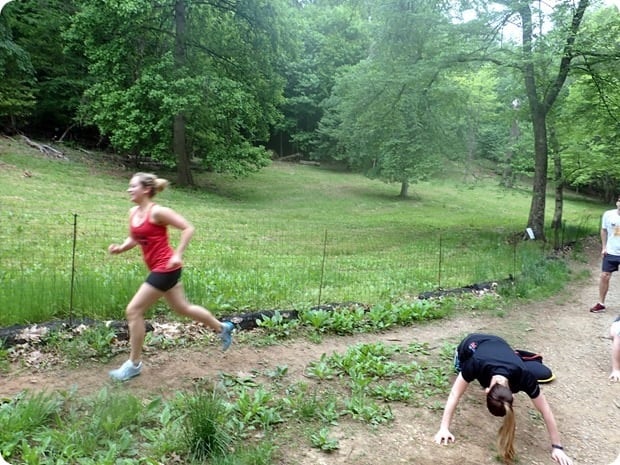 OutRun is basically part run club, part boot camp, part urban/outdoor adventure. I love it – makes getting in a killer workout so much fun! They just started the class back up for summer last weekend. Even better: it’s on ClassPass (<— obsessed). 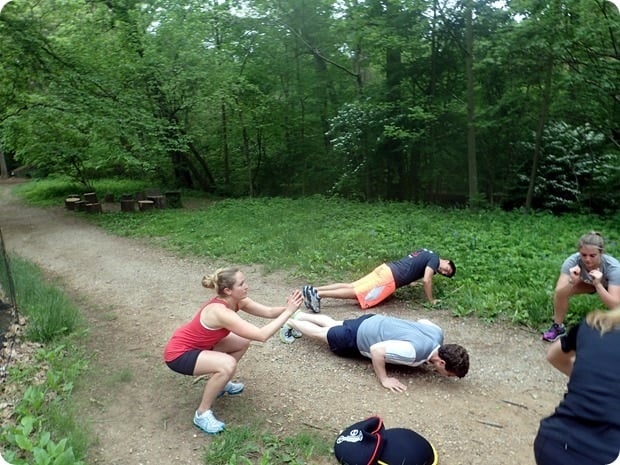 For Saturday’s workout, we all met up at the Urban Athletic Club in Georgetown and headed out from there. The way OutRun works is you run for awhile, then stop and do some boot camp stuff, then run again, repeat. 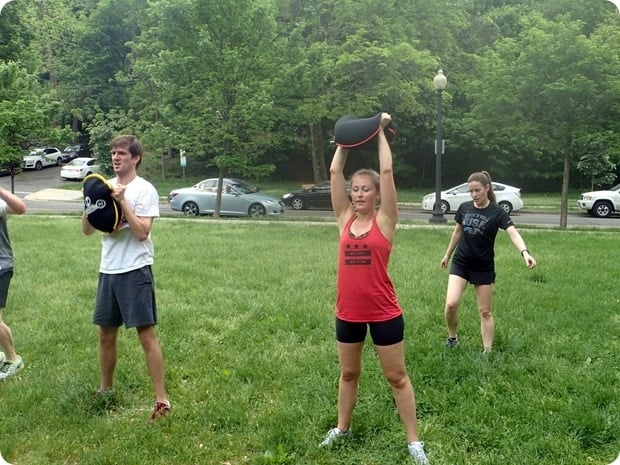 I love all the variety! As an added challenge, we had to carry two sandbags between the 7 of us at all times while running – swapping out about every minute. 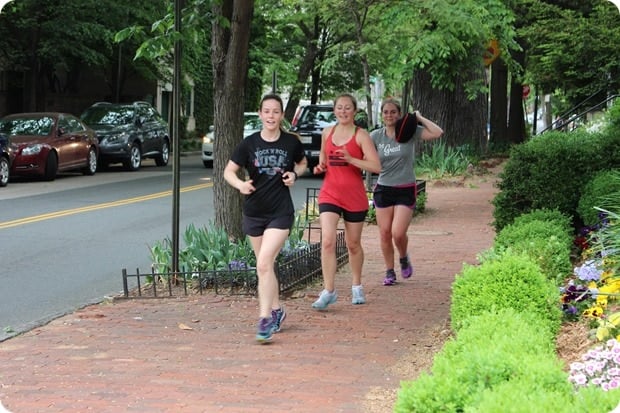 We then used the same sandbags as weights during some of the boot camp stops! 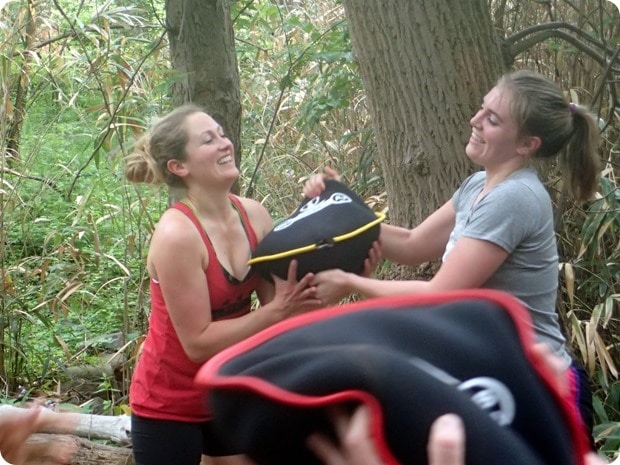 I especially loved that most of the run had us in cool trails back in the woods of the Glover Park area – I didn’t know a lot of those trails even existed! 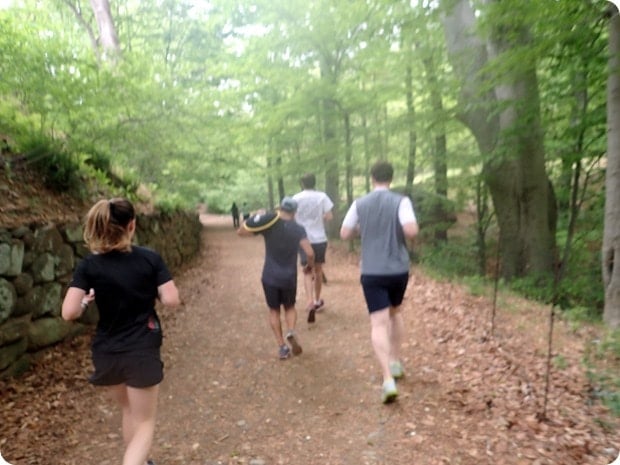 We finished the workout about an hour later, dirty, sweaty, and accomplished, having covered around 3.5 miles. So much fun! 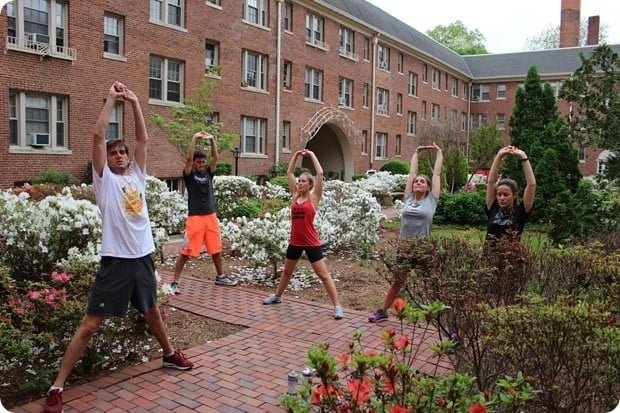 Thanks to Steven, our fearless leader (far right below), for the great workout! We’ll be back for more. 🙂 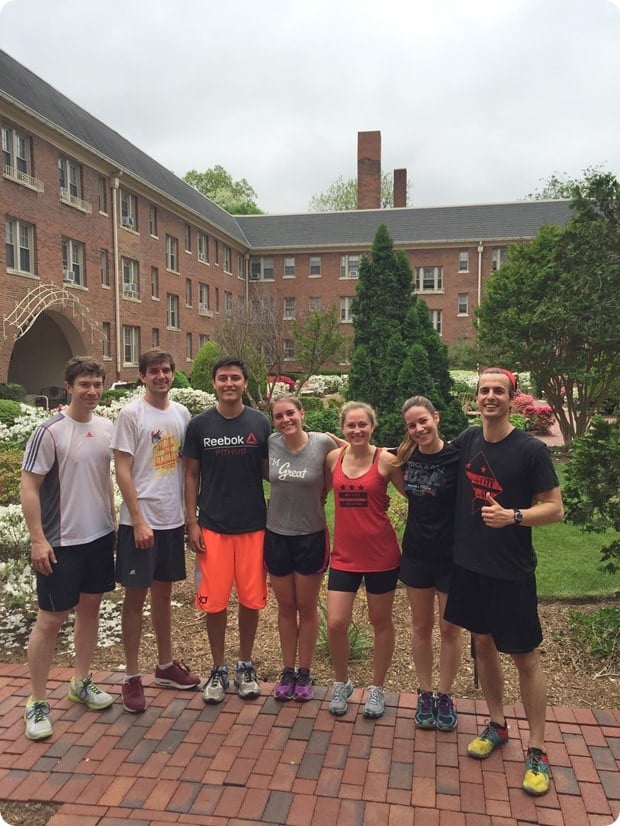 As for Sunday’s fitness adventure, Matt and I hit the trails! 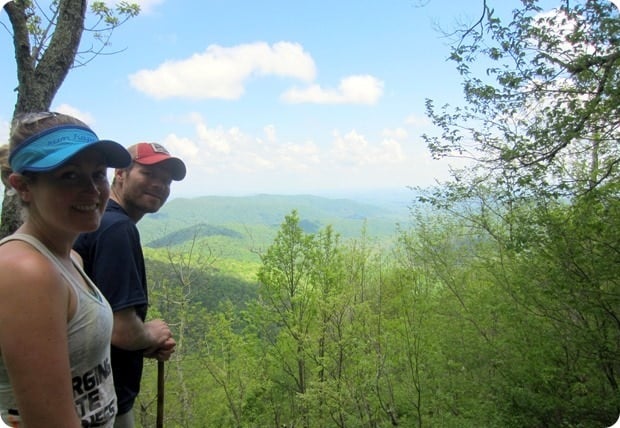 Like I mentioned, we met up with our parents on Saturday for a fun overnight at a hotel that happened to be really close to Shenandoah National Park. Clearly we couldn’t be that close to the Shenandoahs (our favorite spot – we even got engaged there!) and not take advantage!

Luckily, Matt’s parents were on it: Matt’s dad found a hike called Little Devil Stairs that was close and had good reviews. Sounded good to us, so the 4 of us headed over there after breakfast and checking out of the hotel. 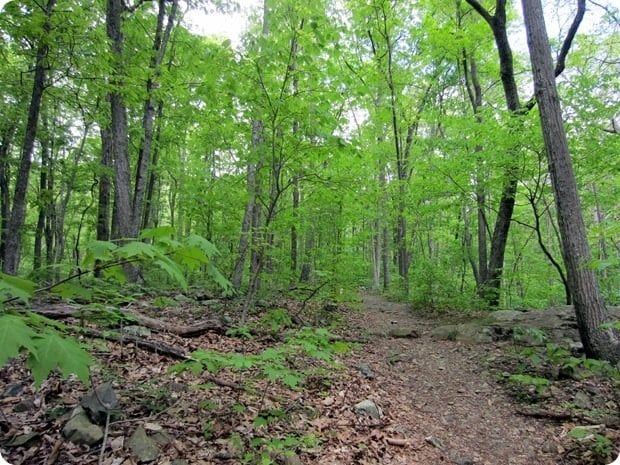 We arrived around 11:30 and set off for the adventure. Everything was so GREEN! Feels like summer! 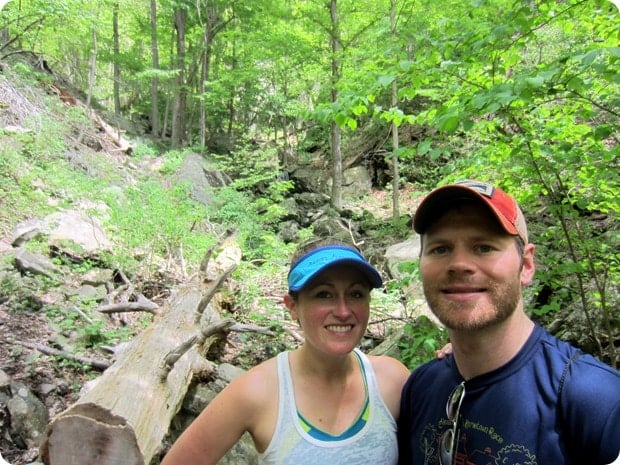 The hike ended up involving a lot of stream crossings, which are always fun. 🙂 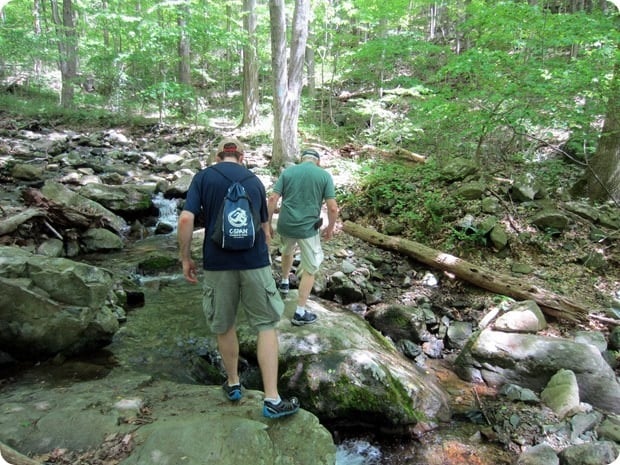 Up and up and up we went! The hike ended up being more strenuous than we thought it would be (the hike is a 5.5 mile loop, but the first 2 miles are all uphill/involve some rock scrambling), but it sure was lovely out there. 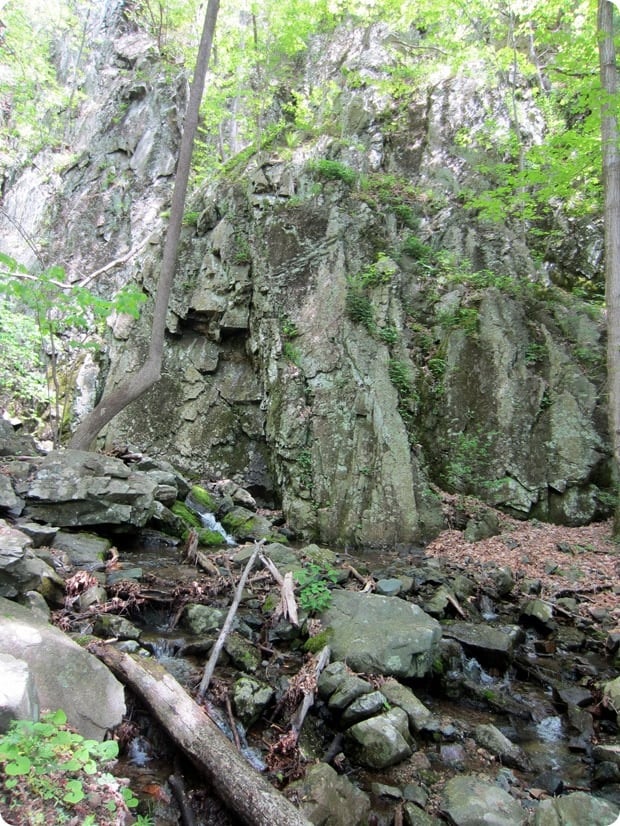 By the time we reached an overlook, the skies had cleared nicely for us: 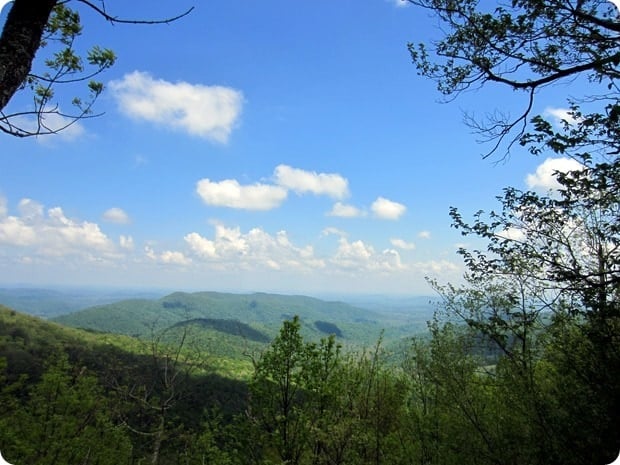 The last 2.5 miles of the hike are down a fire road, which was a nice and easy way to end the adventure. It was great to get so much time in the great outdoors this weekend! 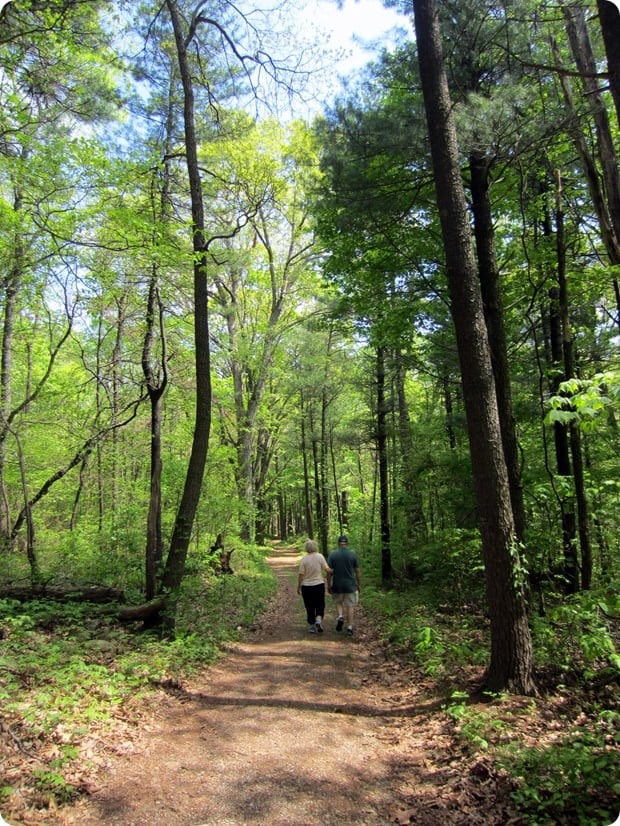 I’ll be back tomorrow with the hotel recap, so stay tuned! 🙂 We had the best time – nice to get a little QT with both of our parents, especially at such a lovely spot – and over such delicious food and wine!

Have a great day! What fitness fun did you get into over the weekend?

p.s. Per all of your advice, I decided not to keep the Stitch Fix skirt I wrote about on Friday, in case you were wondering. 🙂 You were all right about the annoying bunch up factor – not worth fussing with it all day! 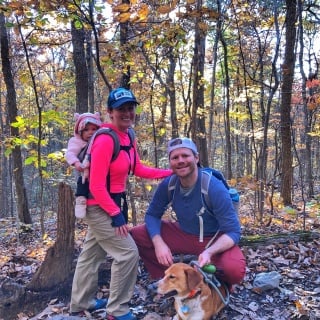 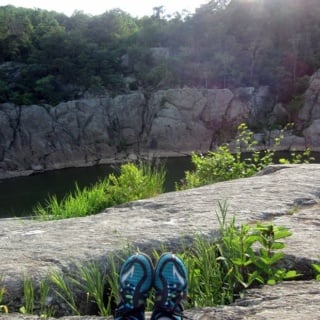 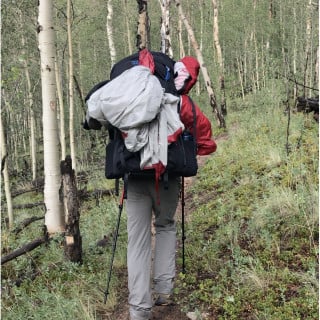 Through Hiking the Colorado Trail (Part 2 of 3) 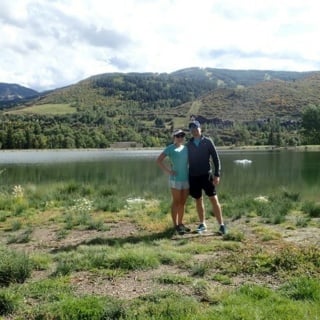