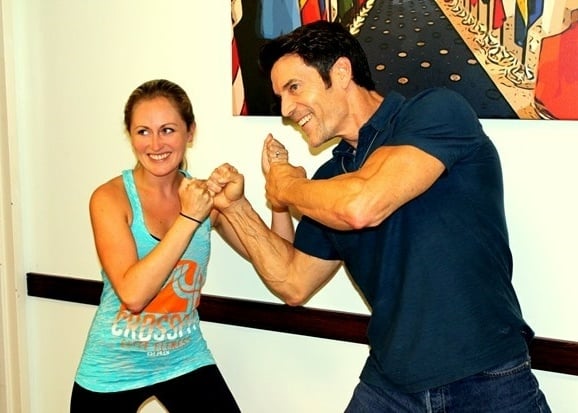 Inspiration To Live By from Tony Horton

Last night, I had the pleasure of hanging out with Tony Horton, the creator of the popular home fitness program P90X. 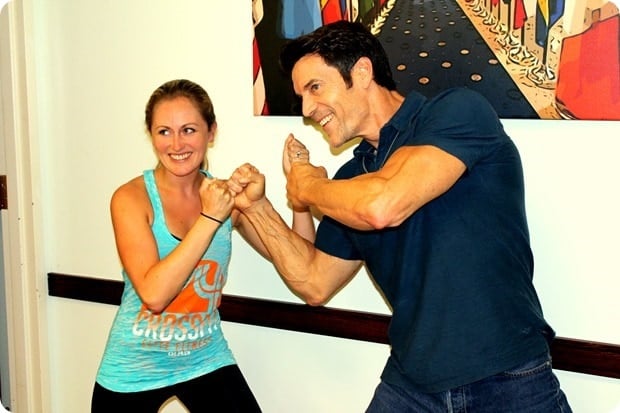 I could beat him in a fight, don’t you think? 😉 (thanks, Ericka, for the photo!)

I first met Tony back in April when I was out in California for a Jamba Juice Fitness event, but only for a hot second, so actually getting to hang out and talk to him for quite a while last night with a small group of fellow bloggers was quite the treat.

Tony is in town for the Beat the Deadline 5k tomorrow morning and arrived early to offer a workout to the public at the National Press Club. Those of us that are on “Team Chevy” for the race were lucky enough to be invited to a special hang out session with Tony before the workout. So cool to get to know him better! 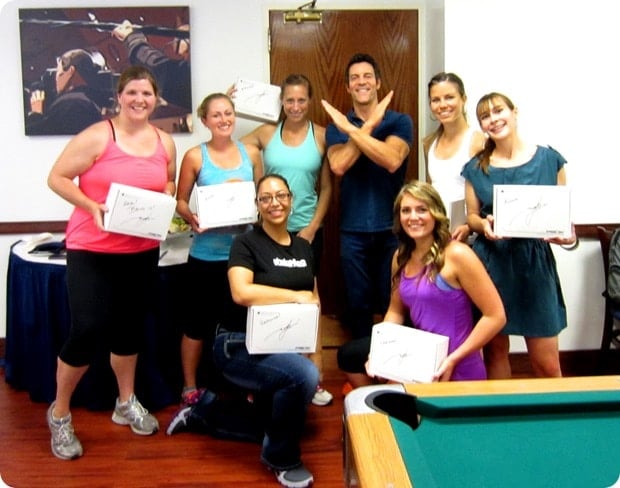 I found Tony to be such a nice and interesting guy. Hilarious, too! Some fun facts:

What I liked most about Tony, though, was how he preaches two main things that I also preach: 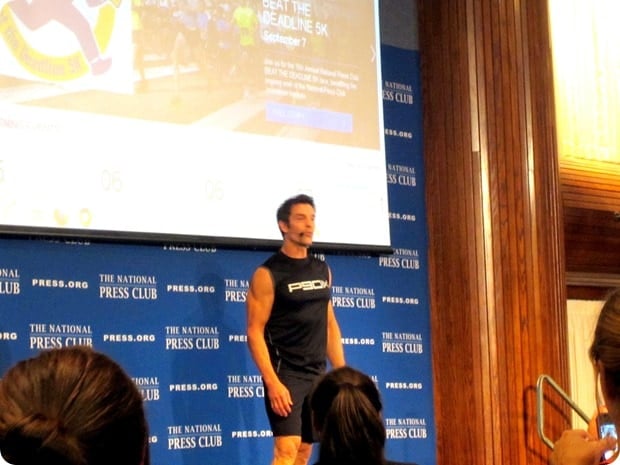 Tony led a big group of people in a hard, sweaty workout after we met with him, and there were big smiles throughout the room, both during and after the workout. 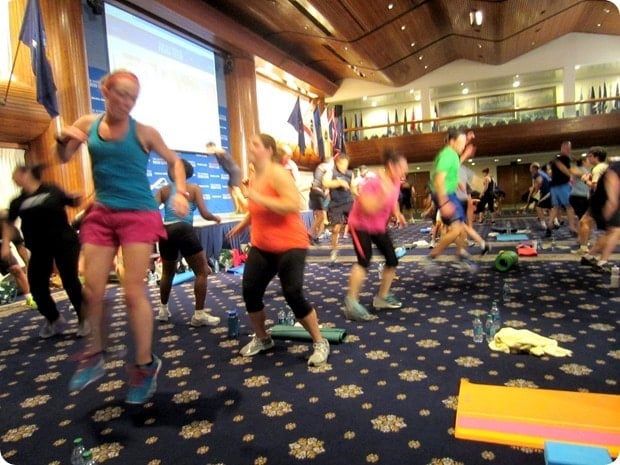 Tony makes exercise fun, and everyone was pushed out of their comfort zone in a good way. Which leads me to the next thing that Tony preaches:

2. “Do what scares you.” I love this on so many levels because it applies both to life and to workouts. There have been many times in my life when I was terrified about taking a leap of faith. I remember wanting to teach English abroad for years before I finally got up the courage to actually do it. On the plane ride to the Czech Republic, I was so scared. What on earth was I doing? I thought. Why was I leaving everything that was easy and safe and going across the ocean to a place where I didn’t know a soul? But of course, I wouldn’t trade that experience for the world.

I was also terrified when I started my prerequisites to go back to grad school to become a Registered Dietitian. I remember leaving my first day of Chem 1 class, calling Matt, and tearfully saying how I didn’t think I could do this and I was totally overwhelmed by how long my journey back to school would take me. But again – here I am, and it was all so, so worth it. As Tony said later on in the evening to the group that came to work out with him, “No is the first two letters of ‘nothing’. If you say no to experiences, that’s what you’ll get – nothing.” 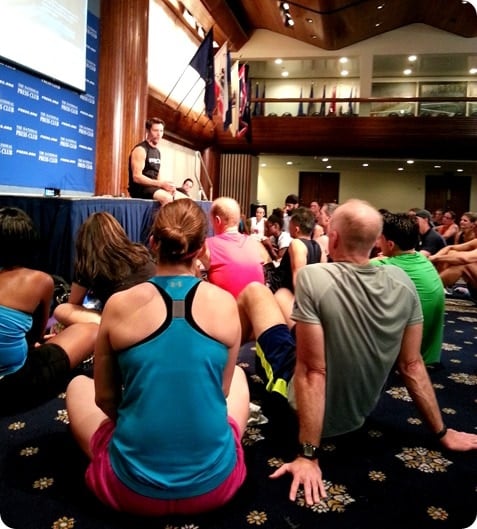 I love that Tony encourages people to get outside their comfort zones when fitness is involved, too. As he said to the crowd, it’s not an easy task to do what scares you, but you’ll be much better off for it. You guys know I love yoga now, but a few years ago I used to hate it, mostly because it scared me. It was weird, and a total waste of time, or so I thought, as a way to convince myself I wasn’t missing out. I credit Tony’s P90X Yoga X (along with a great American beginner’s yoga instructor at my gym in Prague) as a big part of my change of heart. (See also: How I Went From Hating Yoga… To Loving It.) Yoga X is my favorite yoga DVD and I think I’ve done it at least 100 times by now. It’s hard, and fun, and when I first started doing yoga back in the U.S. and was too nervous to go to studios, it was a wonderful way for me to get more comfortable with the moves on my own. Not to mention, it’s a killer workout! Before I started doing that DVD, I thought yoga wasn’t really a workout. Um, yeah. I was wrong.

The workout that Tony led us in last night was a lot of fun – he used a lot of yoga-inspired planks and incorporated all sorts of high intensity moves, too. I always love his workouts and it was really fun to do one of them with him in person instead of just on the TV! 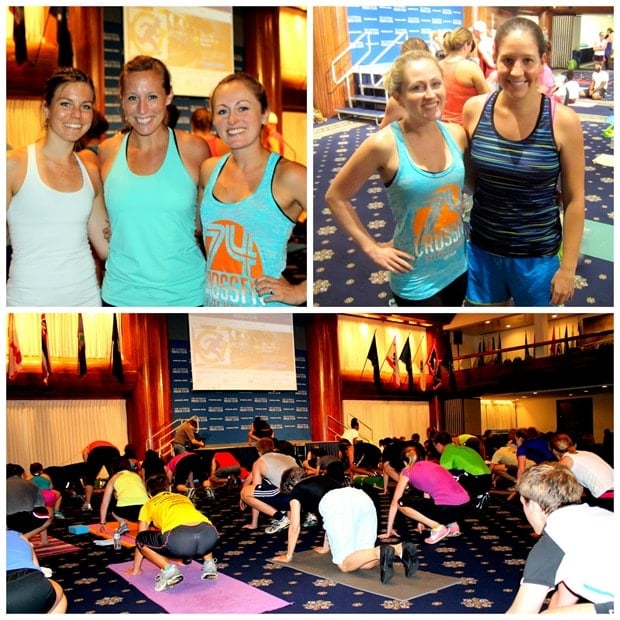 Thanks again to Tony for the great night and for the reminder that the easy choice isn’t always the best choice. If it doesn’t challenge you, it doesn’t change you. Right? I’ll try to keep that in mind when I’m running 26.2 miles in November and questioning my own sanity… 🙂

How are you getting outside your comfort zone this weekend?  I’ll be challenging myself with not one but two races – the Beat the Deadline 5k on Saturday morning and the Parks Half Marathon on Sunday morning. Whew! I’ll be taking it easy on pace tomorrow and trying to be speedier on Sunday, but not so speedy that I PR. Treating it as a marathon training tempo run! It’s looking to be a beautiful weekend for running, so I’m excited. Hope you’ll get out and enjoy it, too! 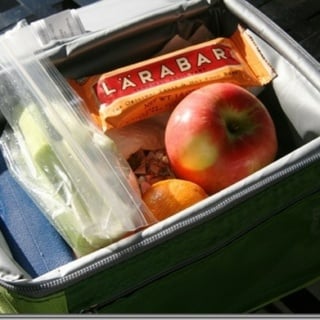 How to Make Time for Health When You’re Busy 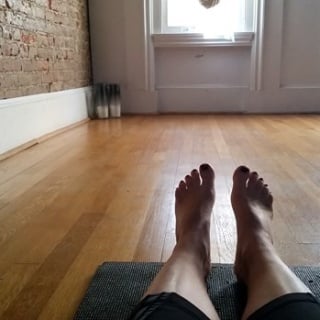 Why I Love Yoga 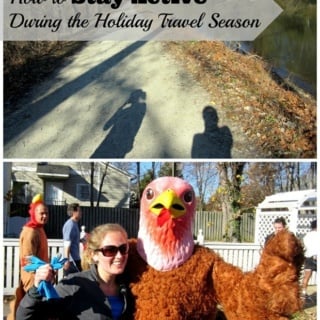 How to Stay Active While Traveling During the Holidays 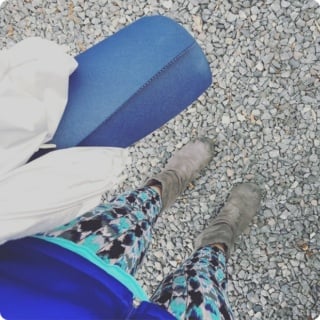 Why I Show Up Early for Yoga