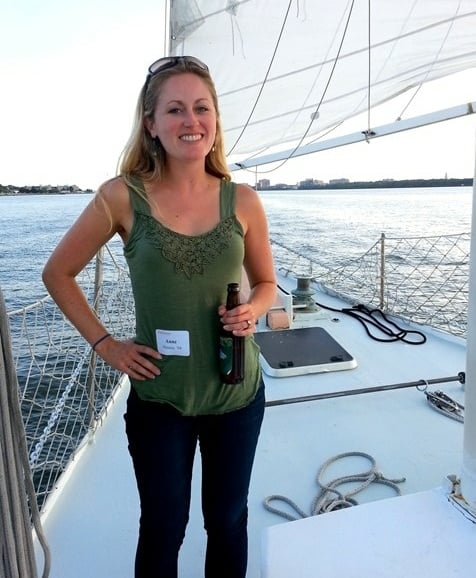 Hello my friends and happy Monday!

I had such a nice weekend. I was actually in town for once – shocking, right?! It was a gorgeous weekend weather-wise, too. On Saturday night, I had the pleasure of going sailing! 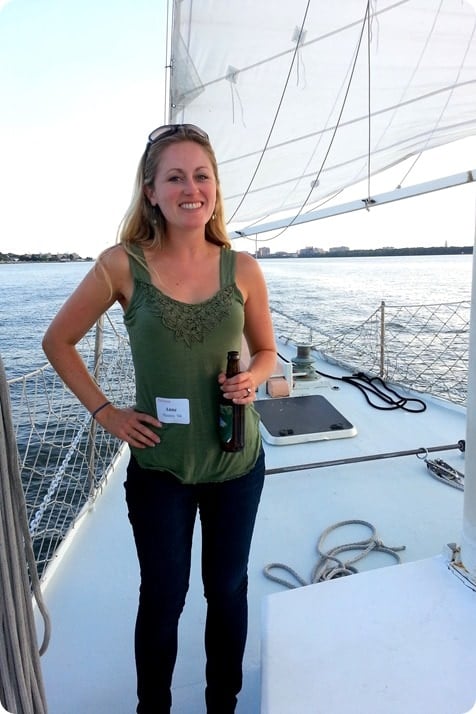 The sailing trip was organized by the D.C. area alumni club for Dickinson College, where I did my undergrad – hence my awkward name tag in the photo. 😉

We couldn’t have had more amazing weather for a night on the water! 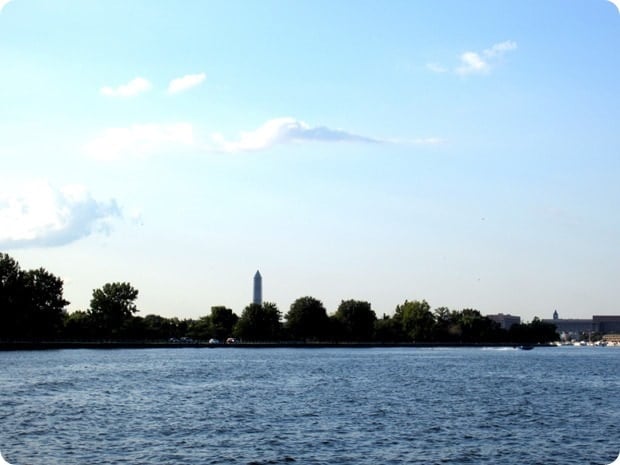 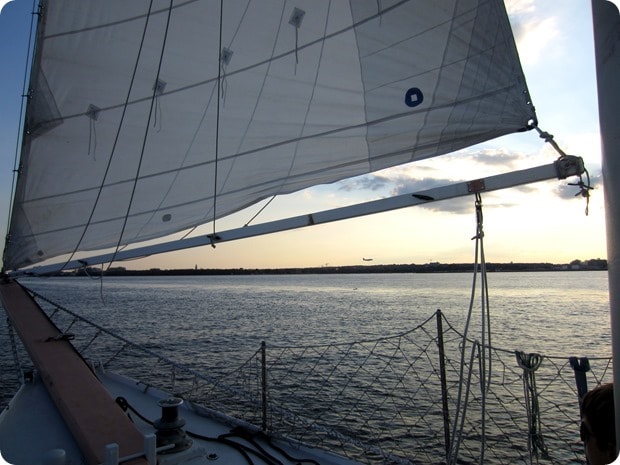 For the event, the alumni club rented out a 65 foot schooner called the American Spirit. It was a beautiful boat! 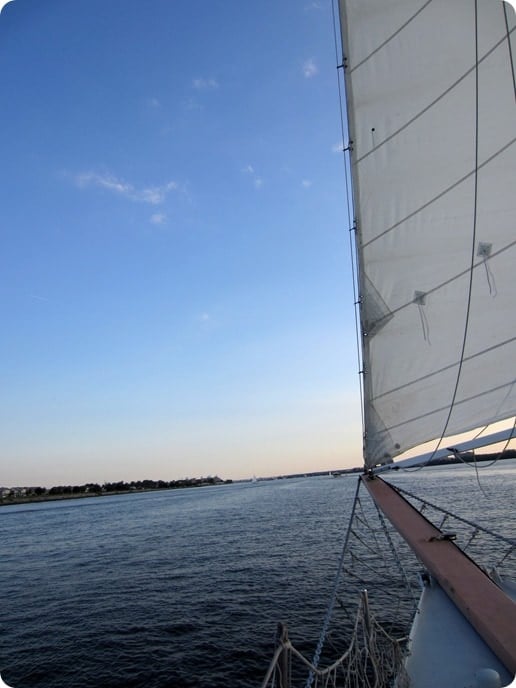 While on the boat, we all enjoyed some wine/beer and snacks and catching up with fellow alumni and significant others. Matt was out of town all weekend so I went solo, but a bunch of my friends went on the trip so I didn’t mind. 🙂 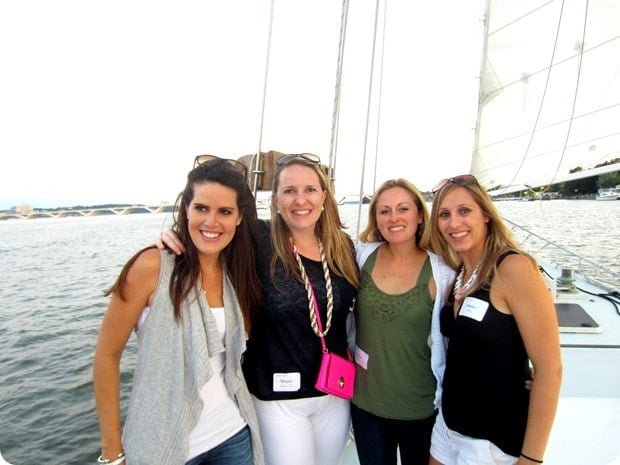 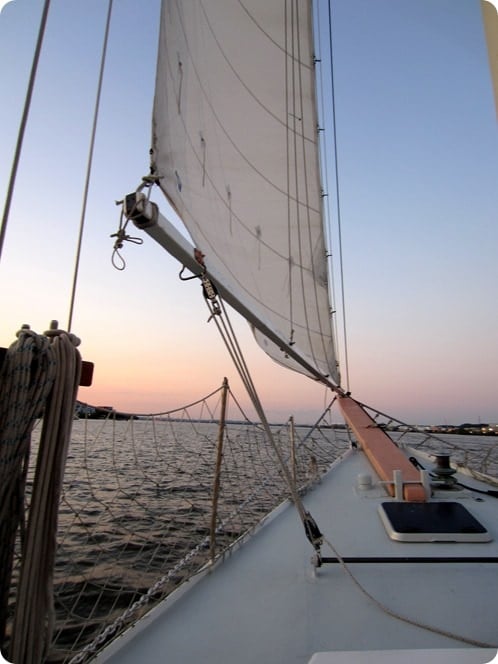 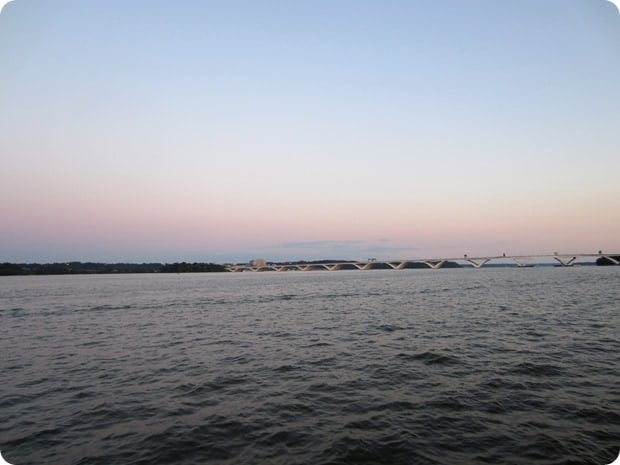 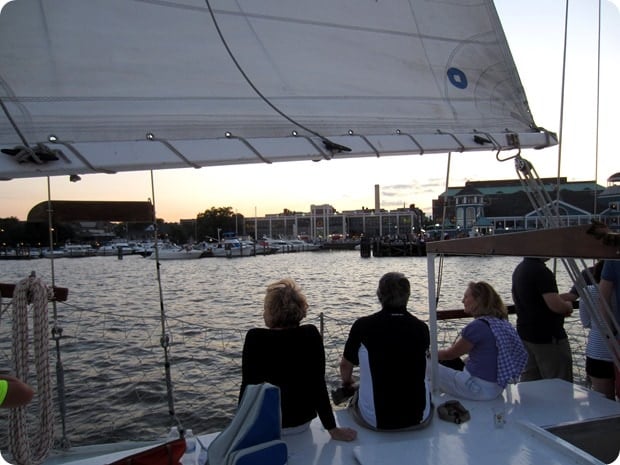 We set out for the adventure at 6 p.m. and were out for 3 hours, so we were treated to a gorgeous sunset on the way back. 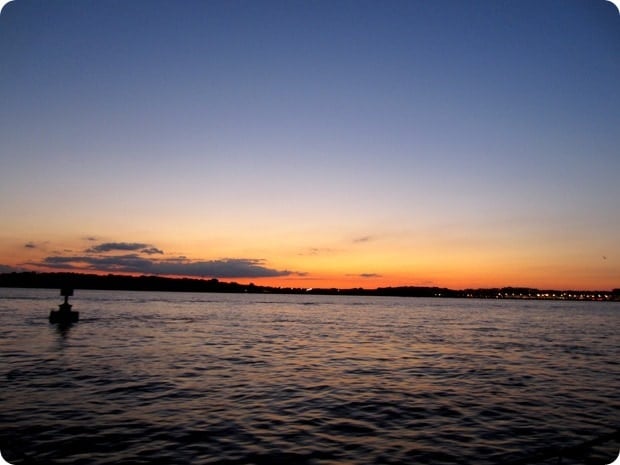 The boat in the photo below looked like it was a wedding reception dinner cruise or something! How cool would that be? 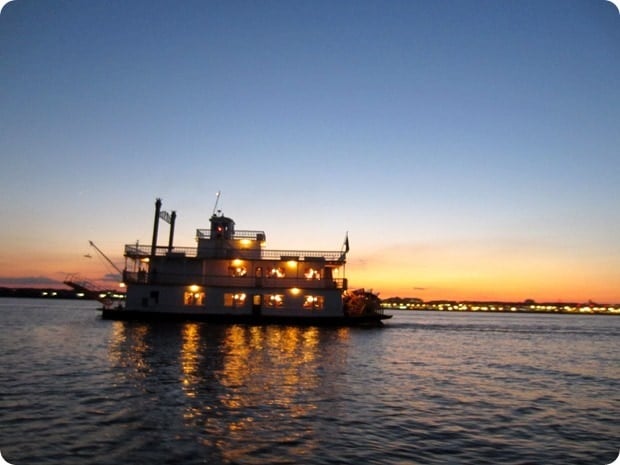 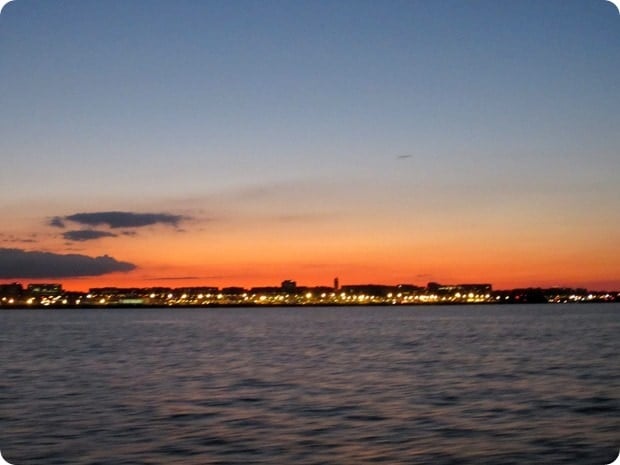 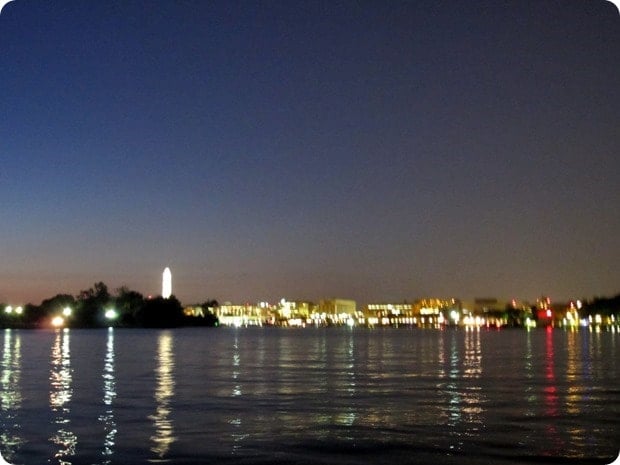 After the cruise, a bunch of us hit the town – first, we went to Cantina Marina which was right by where we docked in the south west waterfront area (it’s a really fun bar – makes you feel like you’re at the beach!), and then we came back to Arlington to continue the party. I hadn’t been out late in a long time – it was fun! 🙂

On Sunday, I met my friend Lauren for breakfast at one of my recent favorites – Bayou Bakery in Courthouse in Arlington. Their breakfast biscuits aren’t quite as incredible as my favorite one from Jessee’s Coffee & Bar in Chapel Hill, but it’s a close substitute and still a fun treat. 🙂 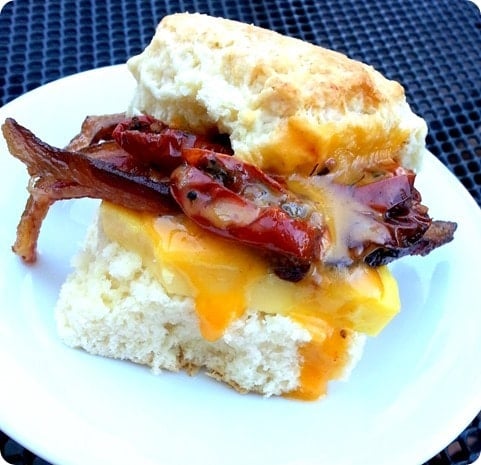 As for the rest of Sunday, I spent it playing outside! I didn’t have any plans and the weather was beautiful again so I decided to treat myself to a fun “me” day. First up on the adventure was a nice long bike ride! 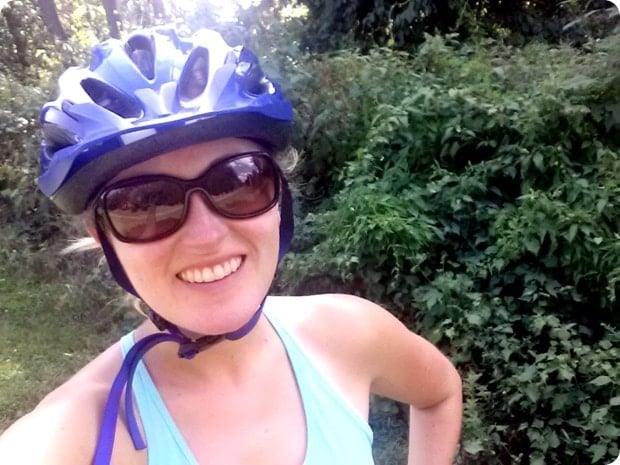 I had the best time just tooling around and enjoying the sunshine. I didn’t bring a watch so I’m not sure how far I went, but I’d guess between 20 and 25 miles. I was out for about 2.5 hours! 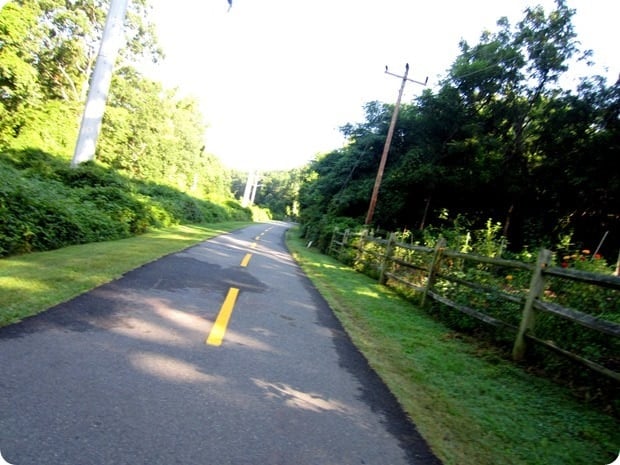 I took the Custis trail along I-66, then headed off onto the trail that goes through Falls Church City, then came back and met up with the W&OD trail for a little while, too. It was fun to explore with no particular agenda in mind. 🙂 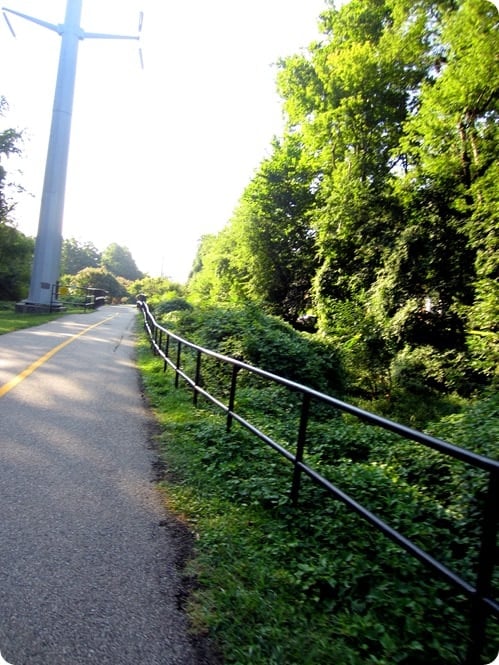 I stopped about an hour in and ate half of this new ALT Larabar (I ate the rest of it later on in the ride) – I’m loving these lately. Have you tried them yet? I’m a big fan of the Peanut Butter one and this Cinnamon Apple Crisp flavor. It’s basically a normal Larabar but with some protein added in the form of pea protein. Cool! Stellar ingredient list, too. The only one I haven’t liked so far is the Pumpkin Pie flavor – blech. Normally I love pumpkin pie stuff but it was too dry and the flavor wasn’t great! 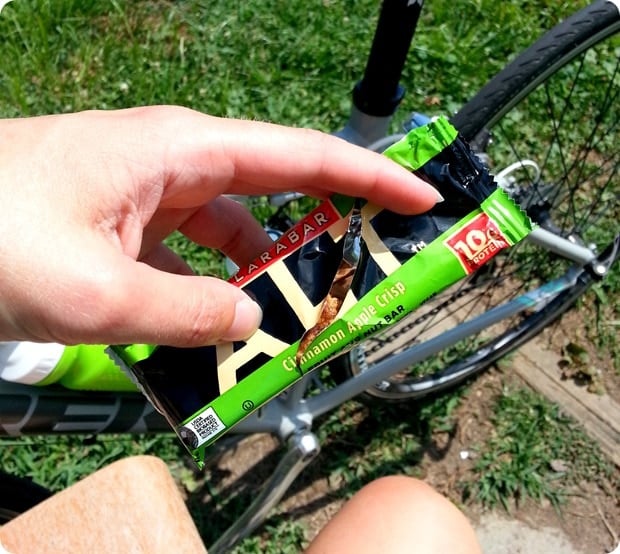 After my riding adventure, I spent the rest of the afternoon relaxing at our apartment pool with a magazine. What a nice way to end the weekend. Matt got back last night – he was on a camping/hiking trip with some guy friends. They had fun, too. 🙂

The other fun thing I did this weekend was running related – I was invited to join Roam Fitness for their “Out Run” workout on Saturday morning, which is a combination running & boot camp. It was a blast – so much so that it deserves its own post, so more on that tomorrow! 🙂

And for now, while we’re talking about running, I have a fun opportunity for those of you in the DC area!

Have you guys heard of the National Press Club “Beat the Deadline” 5k? Chevrolet is sponsoring this year’s race and invited me to run the race with them as part of “Team Chevy.” And they want to invite one of you guys to join, too!

The Beat the Deadline 5k benefits the ongoing work of the National Press Club Journalism Institute. The Institute is committed to helping working journalists improve their skills through ongoing training and programming of future journalists through scholarships that promote diversity within the profession. Since 2000, and with the help of the runners and sponsors, more than $700,000 has been raised to help deserving students to attend college and pursue a career in journalism. Cool, huh?

This year’s honorary race marshals are Tony Horton, exercise trainer and creator of P90X, as well as Erika Gonzalez, reporter and anchor at News4.

Now for the fun part – one of you guys will get to join me for two events in conjunction with this year’s race! First is a work out with Tony Horton on the evening of Thursday, Sept 5, and second is a complimentary registration to join for the actual race on the morning of Saturday, Sept 7. Remember when I met Tony Horton out in California earlier this year? He’s insanely fit – I’ve done a ton of his P90X video workouts so I can’t wait to see what he comes up with for an in-person workout! 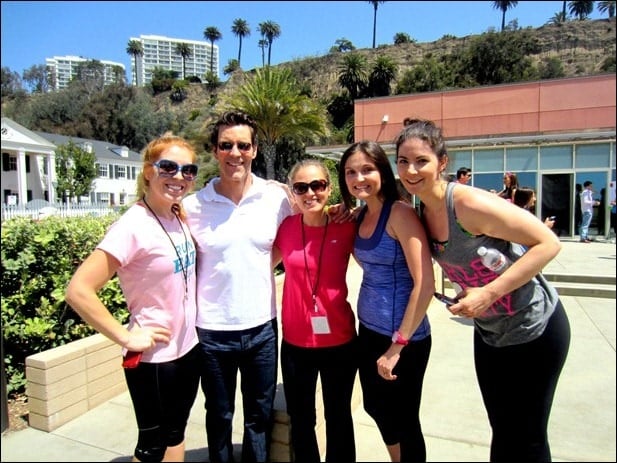 Here’s how to enter.

In the comments section below, tell me how transportation contributes to keeping you fit. Do you walk or bike to work? Or maybe you strap the bike on the car and take a ride after work? Or use the bus to get to your yoga class? Or serve as the designated carpool driver for your kickball team? Anything transportation related counts here! Whatever it is, share it in the comments and you’ll be entered to win a spot on Team Chevy and an invite to the Tony Horton Work Out.

BONUS: As part of the race and as members of Team Chevy, if one of us completes the race with the best time (among our fellow Team Chevy runners) we’ll be eligible for a free one-week Chevrolet Spark loan in 2013. 🙂

The contest begins today and ends on Friday, August 30. I’ll randomly select and announce the winner here on the blog on Tuesday, September 3. Good luck! 🙂 And please only enter if you are free and available on the evening of Thursday, September 5 and the morning of Saturday, September 7!

Have a great day, everyone! 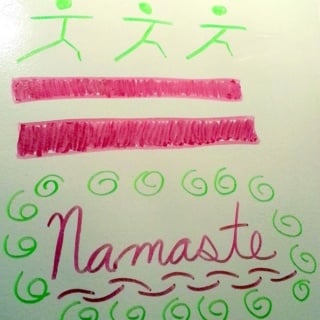 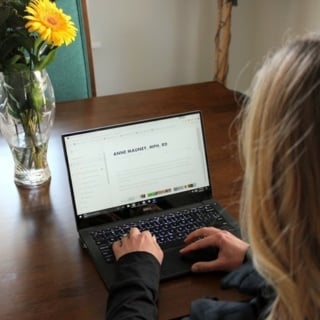 How I Made My New Website in One Day 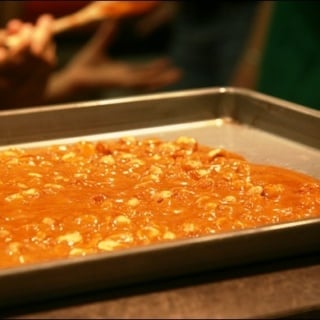 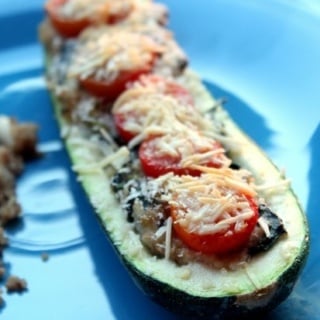