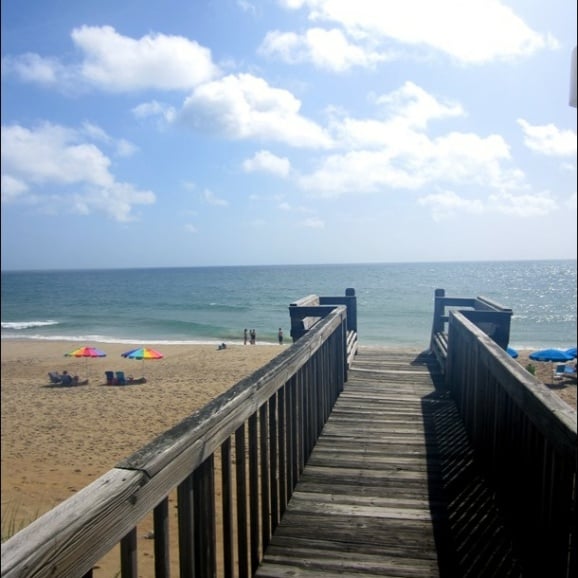 Oh, Outer Banks. I miss you so much.

As you guys know, I returned to DC over the weekend after a wonderful week long beach vacation with family and friends. We had the best time – it was so hard to leave on Saturday! 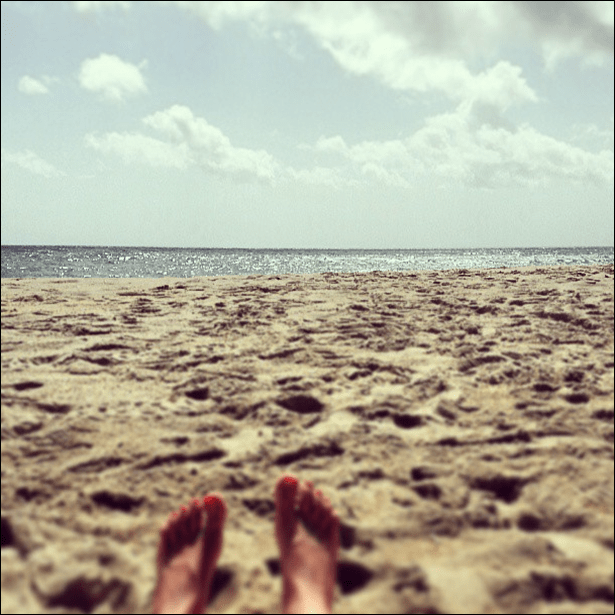 The week was a great mix of relaxation and fun activities. In addition to playing in the water and riding around on the waves (my favorite!), we also played Kan Jam, which is a really fun Frisbee beach game. 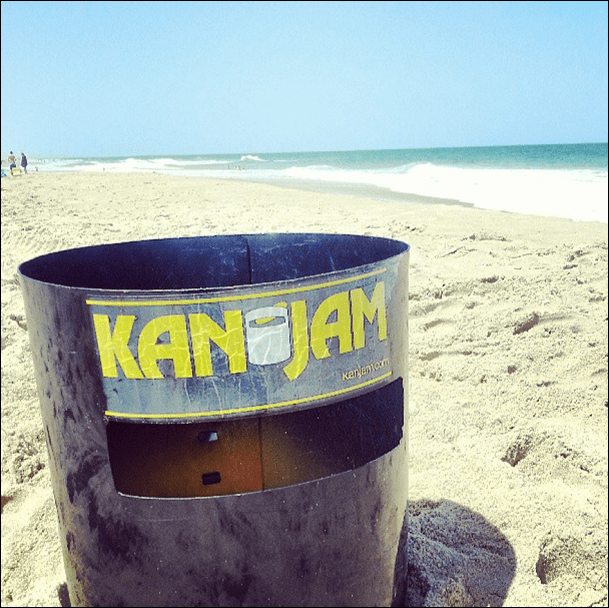 One of the afternoons, we went sailing! It was a great day for it – really windy and sunny. 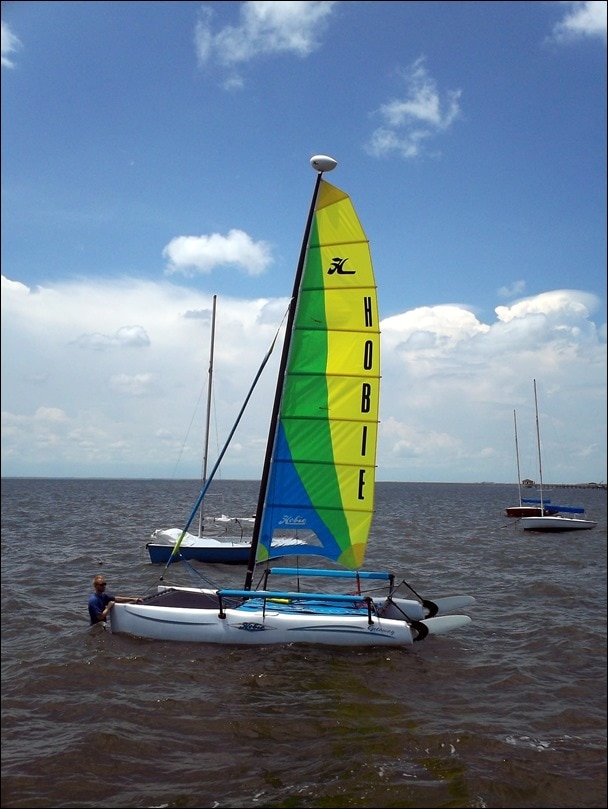 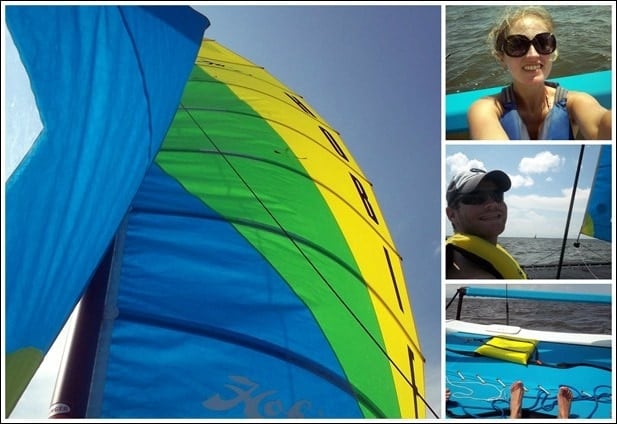 So fun. We only almost capsized twice. 😉 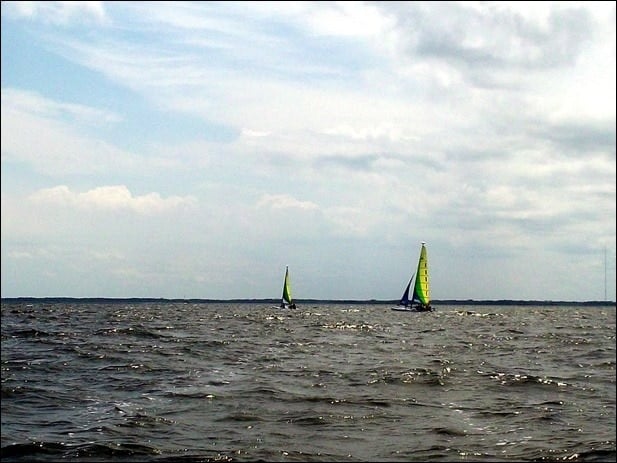 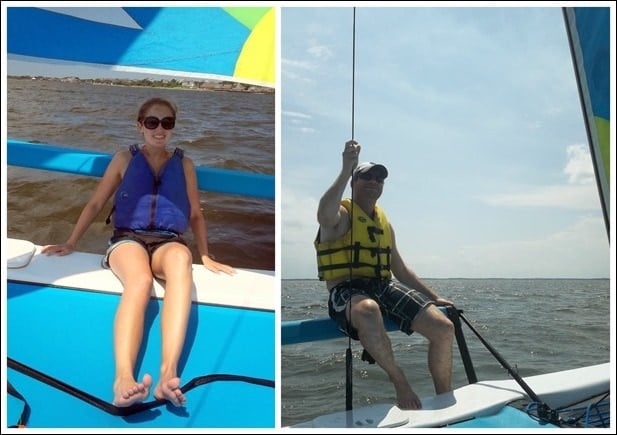 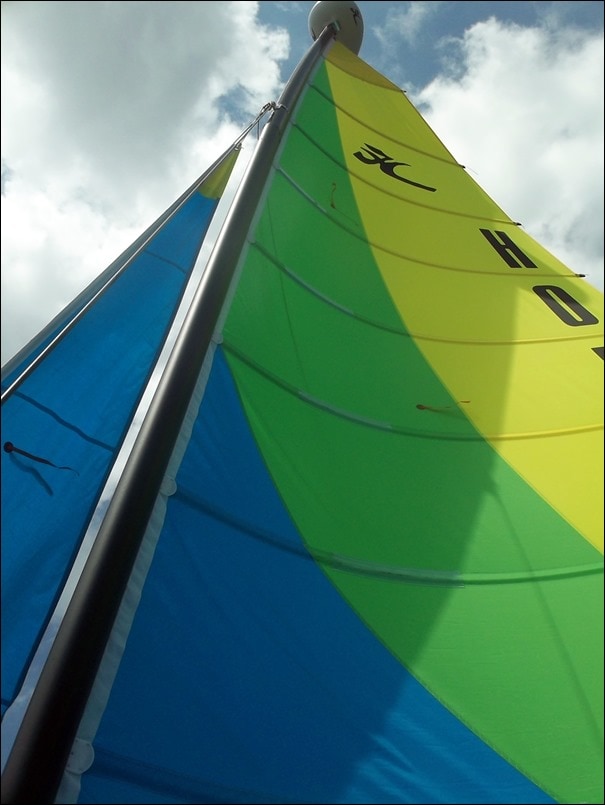 Our other water-related entertainment was the fun pool we had at the house we rented – we set up an inflatable volleyball net in the water and had some epic games throughout the week.

On the exercise front, I got in two good 4 mile-ish beach runs. The one pictured below was just on the road, and the second run was actually on the sand (and much slower as a result – but prettier)! 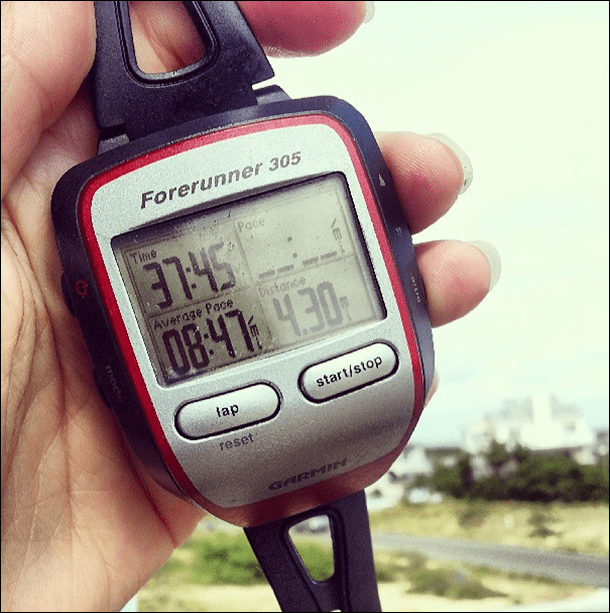 Another fun workout I tried while at the beach was a barre-style workout class called Fluidity! 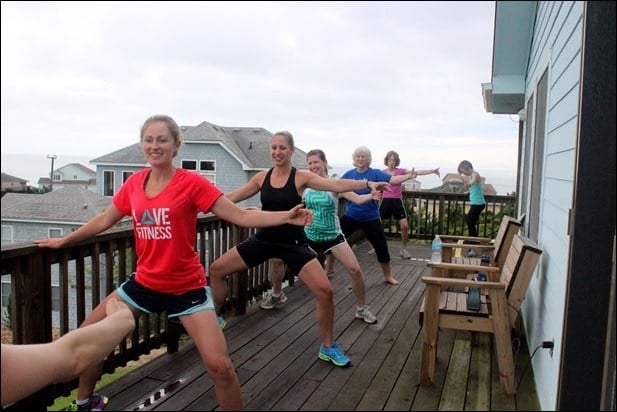 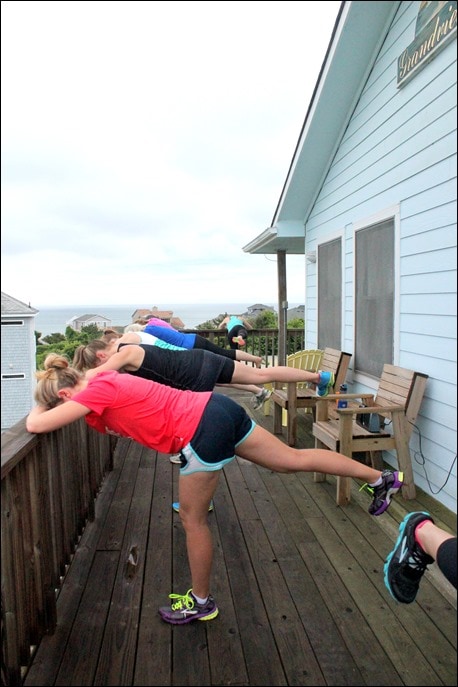 Matt’s brother Drew’s girlfriend, Morgana, is a dancer in NYC and also teaches Fluidity classes, so she offered to lead the ladies in a class while we were at the beach, just for fun. We used the deck of our house for our “studio” and the railing as our “bar” for the class. 😉 People walking by were very intrigued by all of us! 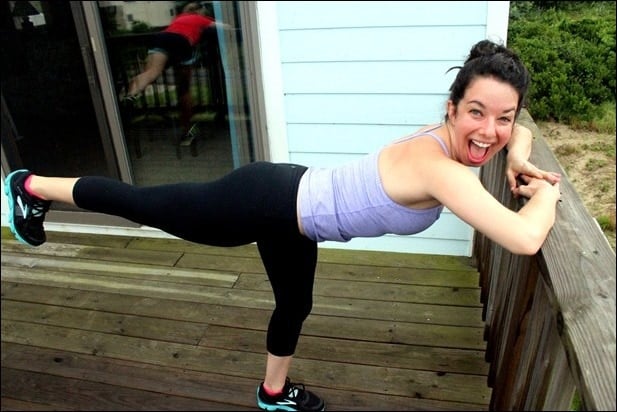 It was fun! It reminded me a lot of the Pure Barre classes I tried a couple years ago. Fluidity is very similar in terms of the workout, but it’s actually available in normal gyms instead of boutique studios, like other barre classes. Cool! They are spreading to more and more gyms so if you guys ever see it at a gym near you, give it a try! You will feel the burn for sure. 🙂 It’s hard! 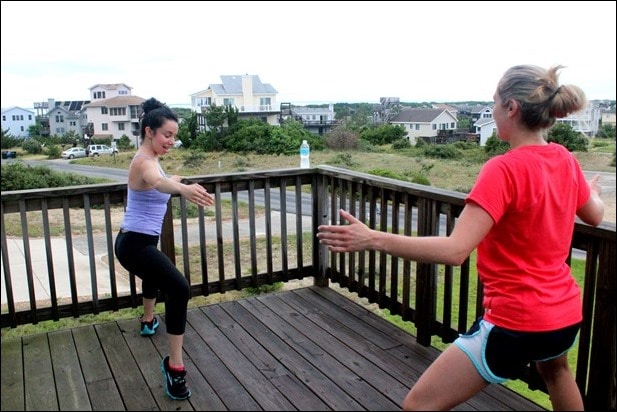 Thanks to Morgana for teaching all of us. 🙂

The other big highlight of the beach was of course the food! Almost every night we had happy hour on the beach. 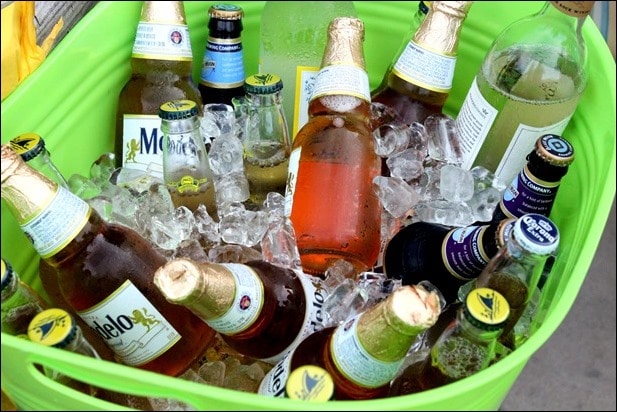 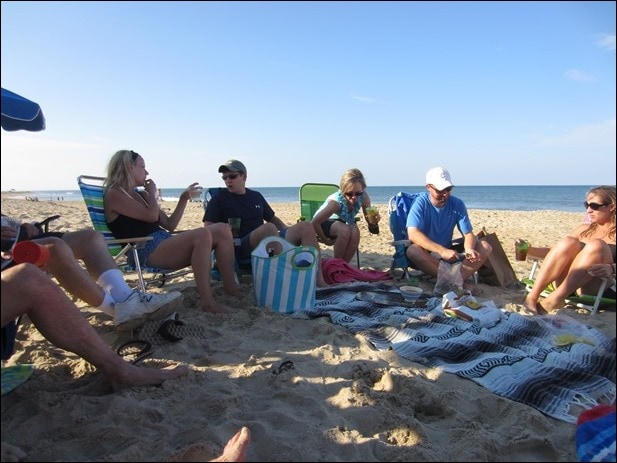 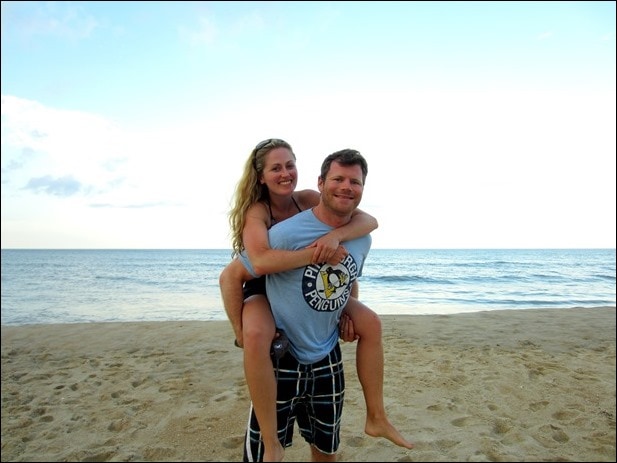 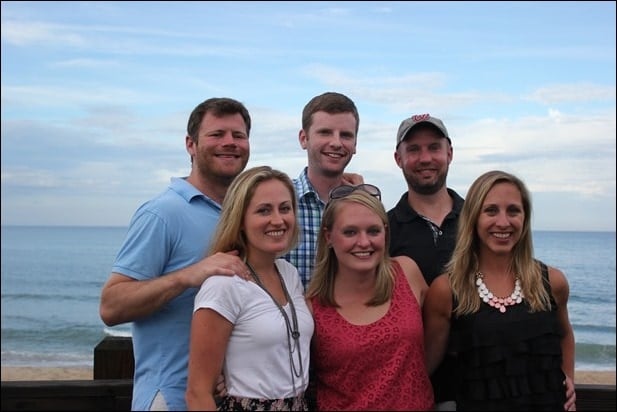 It doesn’t get much better than freshly shucked oysters and a cold beer while sitting in the sand. 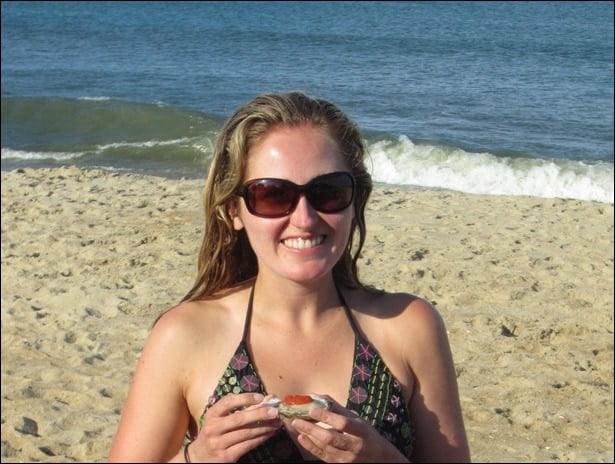 After happy hour, we moved the party to either our house or our family friend’s house for dinner. 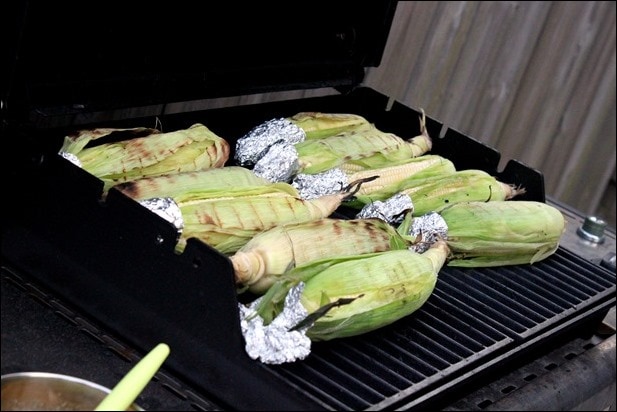 One night, Matt’s parents did a delicious fish fry! 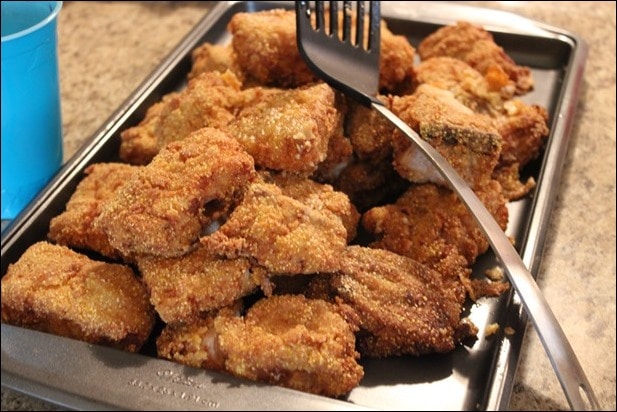 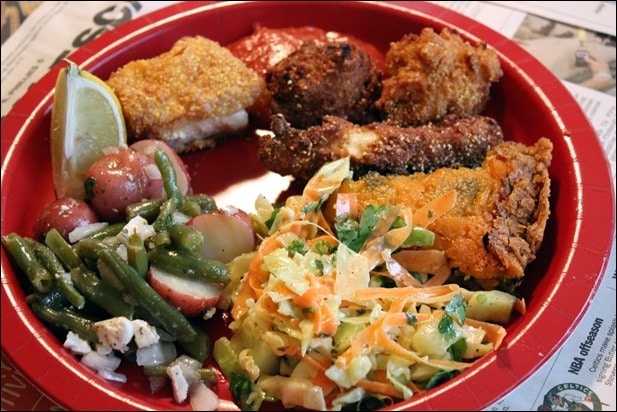 Complete with a homemade peach and berry cobbler for dessert. YUM. 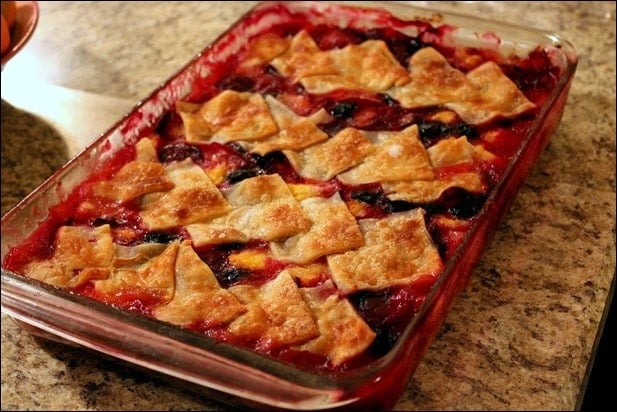 Another night was dubbed “kid’s night” – meaning all of us “kids” cooked for the parents! We hosted a pool party at our place. 🙂 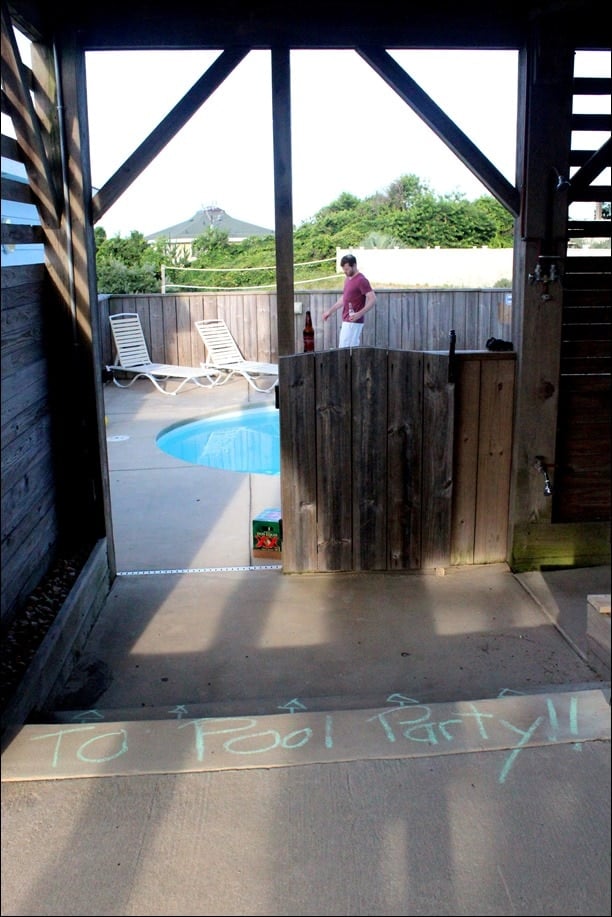 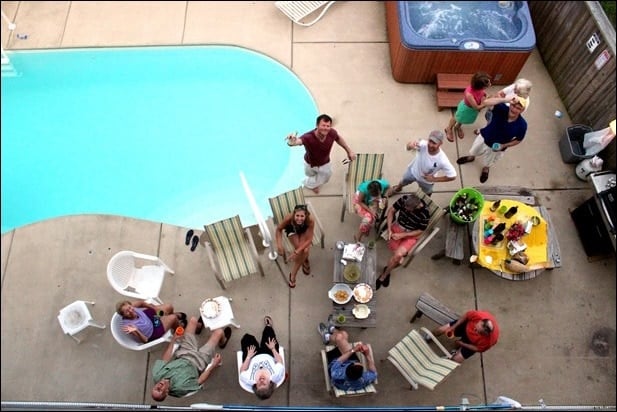 As for the food, we made fish tacos with homemade slaw, grilled corn, and a bean/veggie salad. So good! 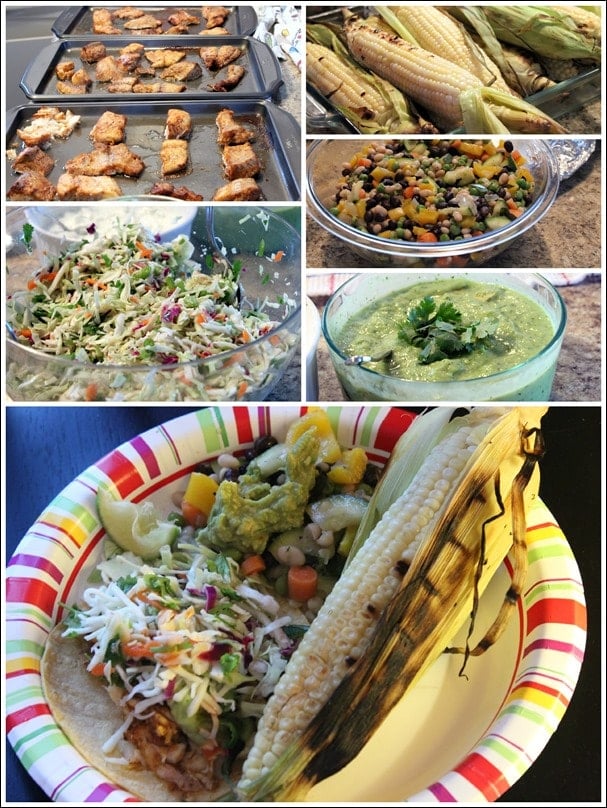 We also had two great dinners out – one at Aqua (in Duck, where we were staying), and one up at the Fin & Claw in Corolla.

It was hard to come back after such a fun and relaxing trip – what a treat last week was! I have a few AnneTheRD client calls today and a mountain of emails to climb out from under, so I’d better get back to it. Have a great day, friends!

And until next time, Outer Banks. I’ll be dreaming of you. 🙂 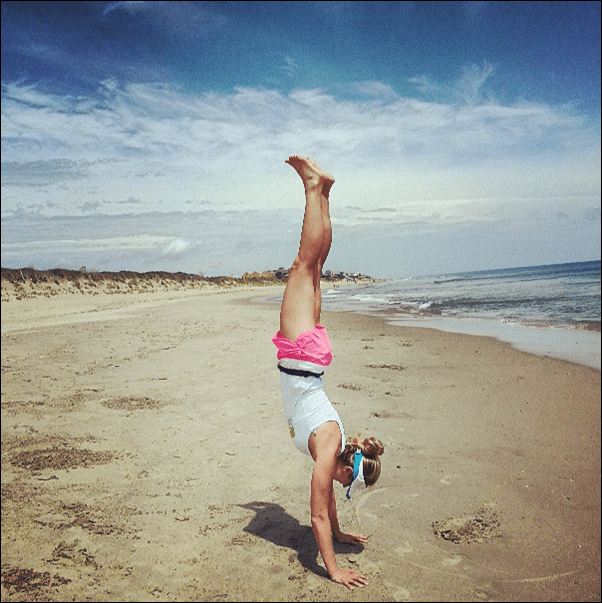 Have you ever been to OBX? 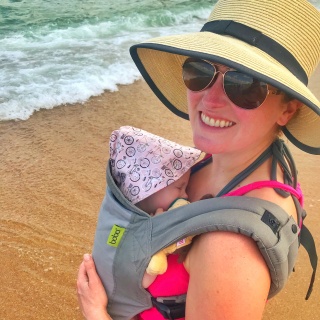 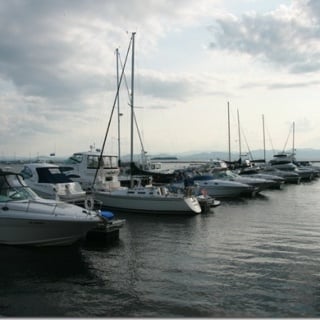 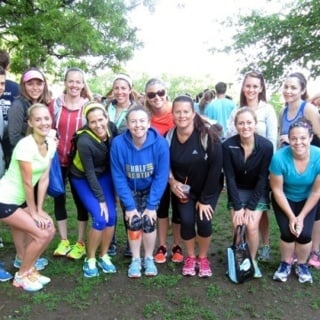 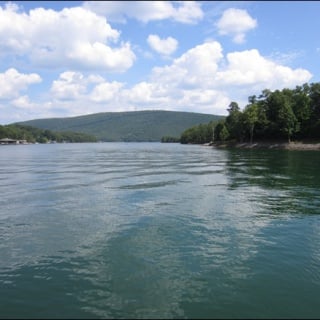