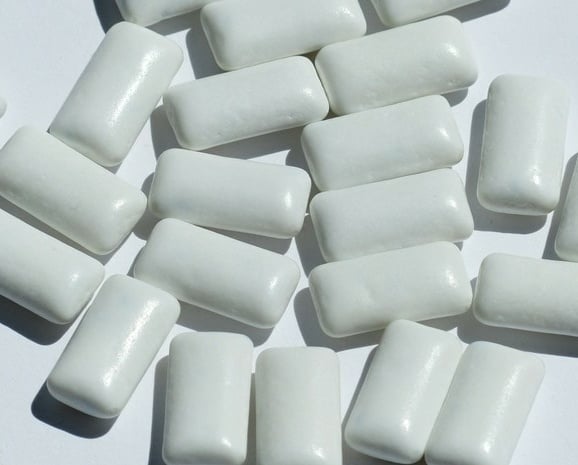 The Sneaky Thing That Might Be Causing Your Stomach Pain

Since starting my nutrition counseling practice (AnneTheRD.com) back in 2013, I’ve had a lot of clients come to me for help with stomach pain and bloating.

For some of these clients, solving their problems involves a diet change (for example, the low FODMAPs diet), looking more seriously at stress, or something else entirely that I can’t help them with.

But for a few of these clients, the solution was much simpler.

For example, about a year ago, I had a client come to me with severe stomach pain and bloating.

She had been dealing with it for about nearly a year, she said, and it usually got worse throughout the day. She had been to GI specialists but no one could figure out what was wrong.

She came to me thinking that perhaps diet might be the culprit.

Before taking a look at what she was eating, I asked one question: “Do you chew a lot of sugar-free gum?”

She was surprised, but answered, “Yes, a ton. All day.”

The more we talked, she realized that she had started chewing sugar-free gum about the same time that her stomach pains had started.

I suggested that before we talk further, she cut out the sugar-free gum and let me know how it went.

Sure enough, and a few days later she reached out and told me her stomach pain had 100% resolved.

I used to chew a TON of sugar-free gum myself.

In college and my early 20’s, I was constantly chewing gum. I always had a pack of it in my purse or backpack; it was strangely addictive. I chewed gum while in class, after meals, before going out, while at my desk job – you name it.

I remember having stomach problems around the same time.

Usually sharp pain and bloating that, like my client’s, got worse throughout the day.

It didn’t happen every single day and it wasn’t crazy severe, but it started to get more and more frequent when I was in my early 20’s, to the point where I wanted to try to do something about it.

One day, I was looking around online when I came across an article that mentioned sugar-free gum can sometimes cause stomach pain/bloating.

“No way,” I thought. Could that be what was making my stomach hurt?

I figured I had nothing to lose, so that day, I quit sugar-free gum cold turkey.

Low and behold: away went the stomach pain, pretty much immediately.

It wasn’t until years later, in school to become a dietitian, that I discovered WHY the sugar-free gum was making my stomach hurt so much.

There are two main reasons that sugar-free gum in particular can cause stomach pain. The first is that you naturally swallow a lot of air while chewing gum.

But the second, and arguably main reason, is the presence of sugar alcohols.

If an item is labeled sugar-free, whether it is gum or another product, that usually means it contains either artificial sweeteners or natural low- or no-calorie sweeteners. In the case of sugar-free gum, it usually contains sugar alcohols.

Sugar alcohols, which are a form of carbohydrate that are not very well digested, are a common cause of upset stomach, particularly when consumed in high amounts.

The easiest way to spot sugar alcohols on an ingredient list is to look for the –ol ending – not all end in –ol, but the majority of them do.

The names of some of the most common sugar alcohols that you’ll probably recognize from packages are xylitol, mannitol, sorbitol, maltitol, and erythritol.

Sugar alcohols are often used in gum for a number of reasons.

First, due to the fact that they are slowly and incompletely absorbed in the body, they contain fewer calories and won’t cause as much of a blood sugar rise and subsequent insulin response as regular sugar.

Second, dentists like them better than regular sugar because the bacteria in the mouth don’t act upon them, meaning sugar alcohols aren’t going to contribute to tooth decay/cavities. Xylitol in particular has even been found to inhibit oral bacteria.

The reason sugar alcohols can lead to stomach issues is due to the fact that they are not very well absorbed/digested by the body.

Some of the sugar alcohols will pass into the bloodstream, but the majority will travel on through the intestines unabsorbed.

Once in the intestinal tract, the sugar alcohol will meet bacteria that ferment it, releasing gas, which leads to bloating, cramps, pain, and/or diarrhea. It’s similar to what happens when someone who is lactose intolerant eats something with lactose.

Obviously, stomach pain/bloating and GI issues can occur for a multitude of reasons, and if you are struggling with similar issues it may be something else entirely.

That said, this is still something I’ve been meaning to write about for awhile as I thought it might help some of you.

If you’re having stomach issues and consuming a lot of sugar-free products, gum or otherwise, give some thought to cutting them out to see if it helps. Nothing to lose, right? 🙂

Sugar alcohols can also sometimes be present in mouthwash, toothpaste, and multivitamins, but those sorts of products generally don’t contain a high enough concentration to cause any issues.

Any other recovering sugar-free gum addicts out there? 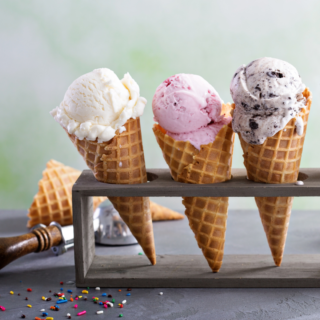 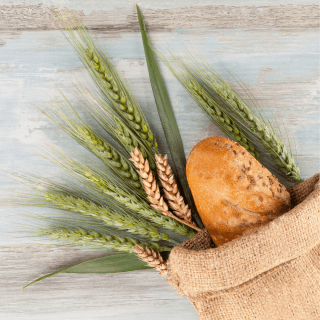 Should Everyone Go Gluten Free? 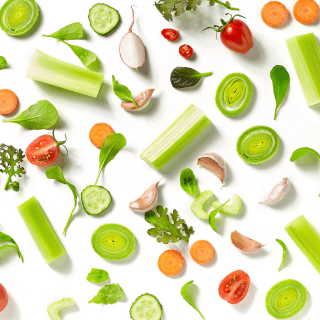 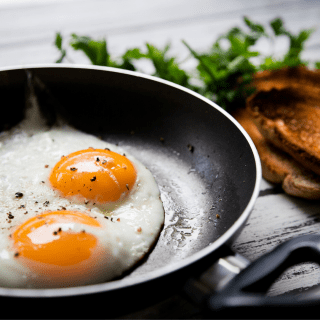