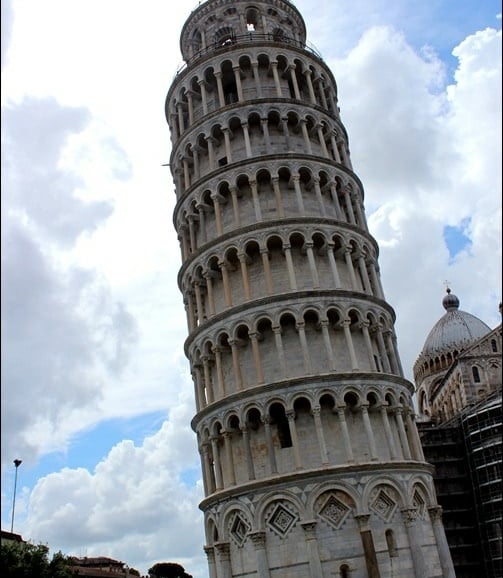 Hello, my friends! Continuing with the Italy adventure recaps today. If you missed any of the previous recaps, check them out first!

Matt and I rented a car in Italy so we’d have more flexibility with travel and stopping in on smaller towns. It worked for us, but driving in Italy was an adventure, especially in the cities – so unless you want to see the countryside it might be easier to do trains! Anyway – in this post I’ll share some of the small towns we stopped in on in between the bigger cities.

After exploring Rome, Matt and I drove up the coast to spend a couple days in Cinque Terre (more on that later). On our way there, we visited two towns: Pisa, home of the famous Leaning Tower of Pisa, and Lucca. 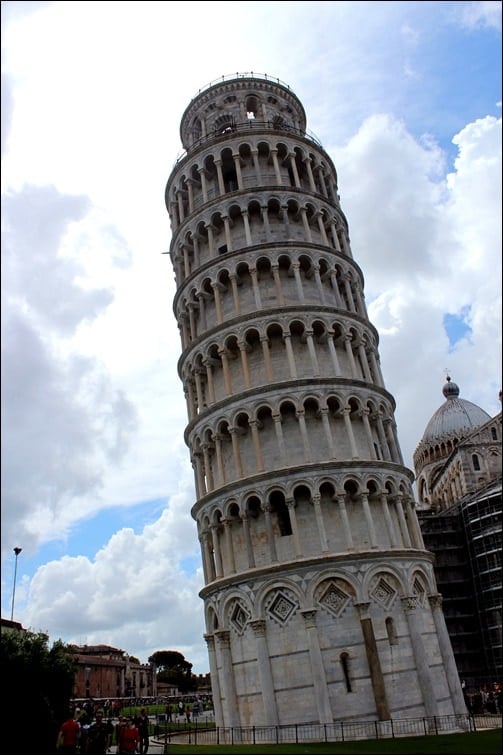 The town of Pisa itself wasn’t much to sneeze at – the areas that weren’t jam packed with tourists (e.g. the area around the Tower) were pretty run down. I think we probably only spent an hour max in Pisa and that was plenty of time!

We headed directly to the main action – this beautiful church and the leaning tower behind it to the right. 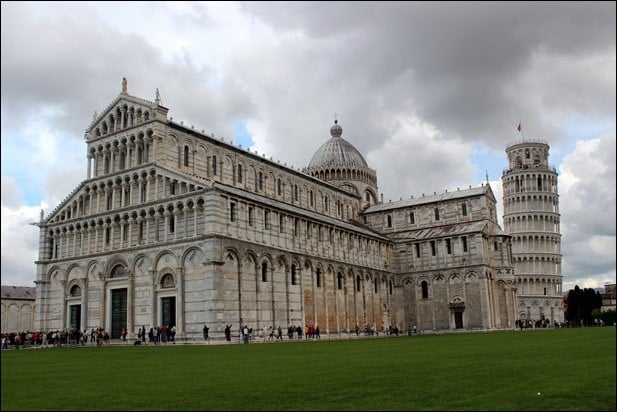 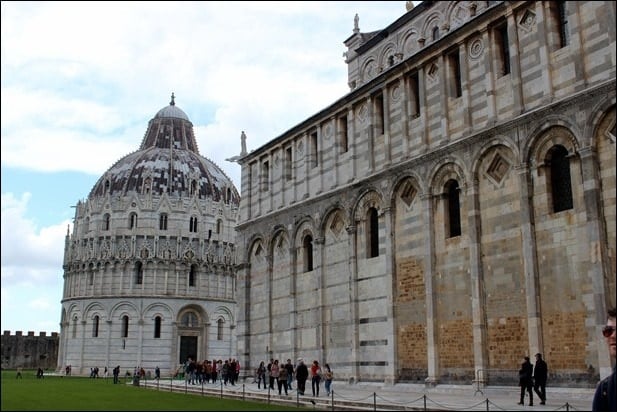 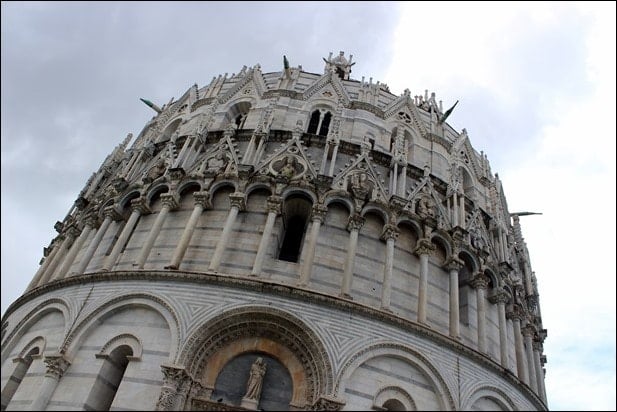 It was SO cool to see the Leaning Tower in person. It really was leaning! 🙂 Apparently they recently did a big project to straighten the top of the tower a bit so it wouldn’t fall over – yikes! 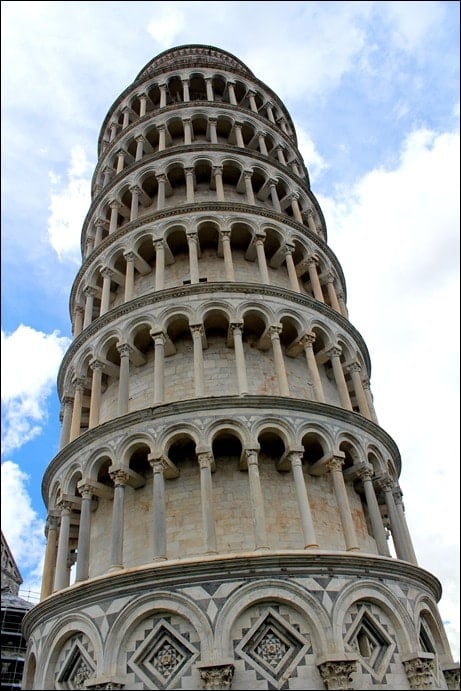 Obviously, this needed to happen: 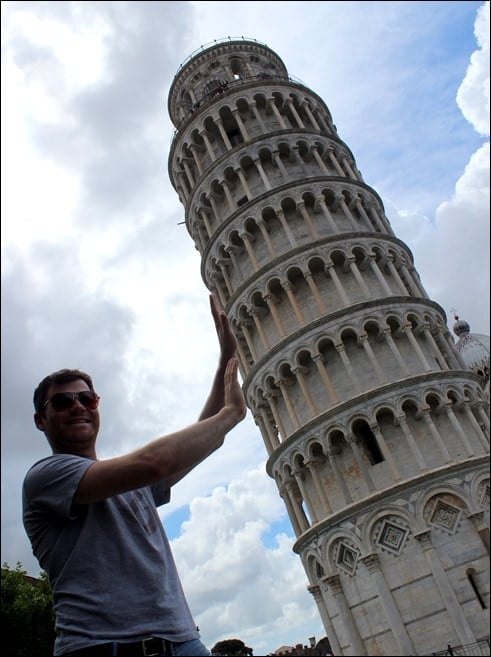 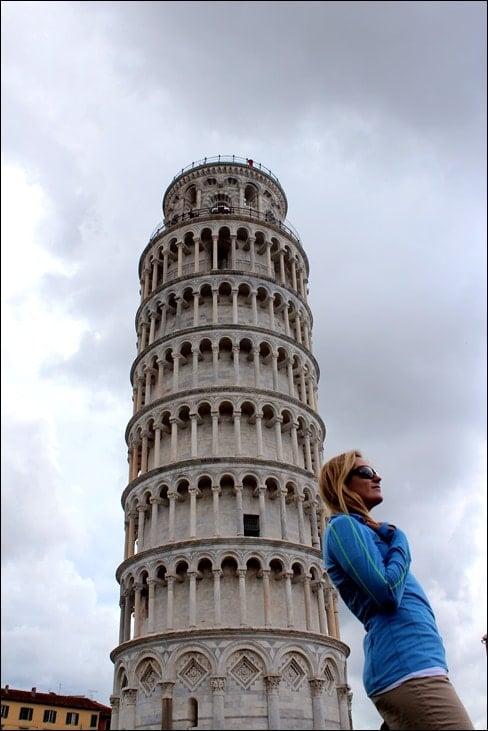 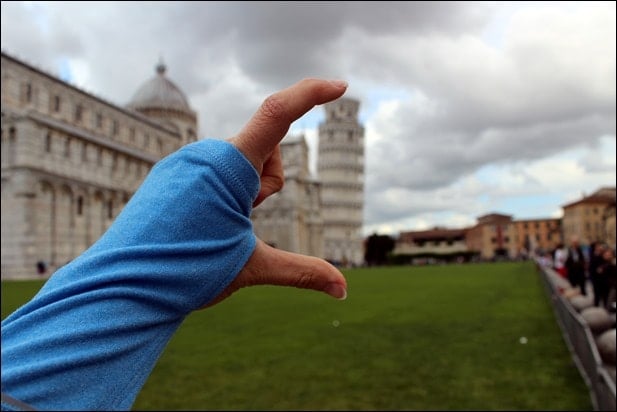 After our quick tour of Pisa, Matt and I headed to nearby Lucca, a town that his parents visited a few years ago while they were in Italy and said was worth a visit. 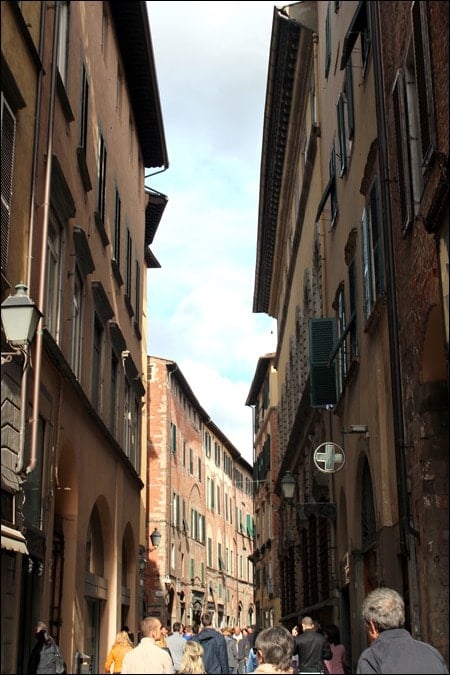 In addition to being super cute, Lucca also offered the option to rent bikes and tool around the city and on top of the city walls. Clearly we took advantage! 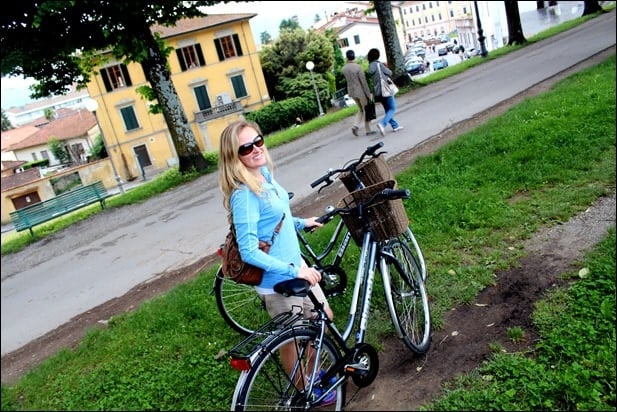 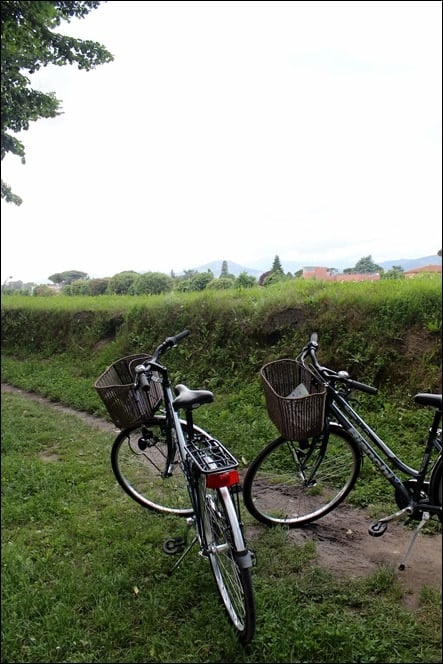 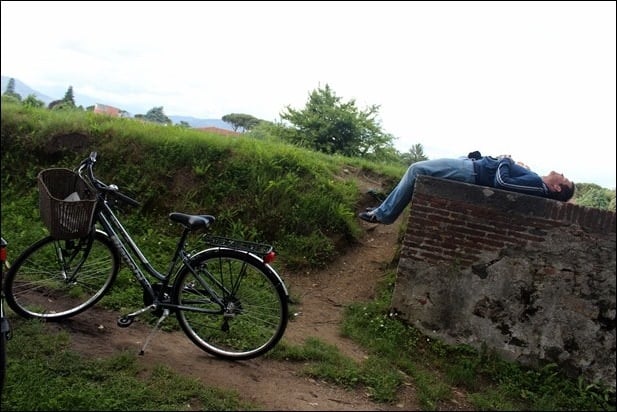 We enjoyed the path on the city wall and also did a little exploring in the city, too. We were big fans of Lucca – super cute and definitely worth the trip! Plus, they had the best gelato. 🙂 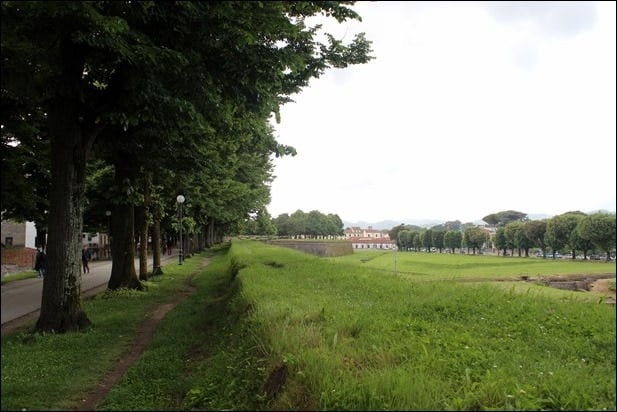 Matt and I also visited Sienna, a small town on our drive later in the trip from Florence to the wedding venue, but we were pretty disappointed – it was jam packed with tourists and while the town square was cute, Lucca was nicer (as was Orvieto, which I’ll talk about next)! 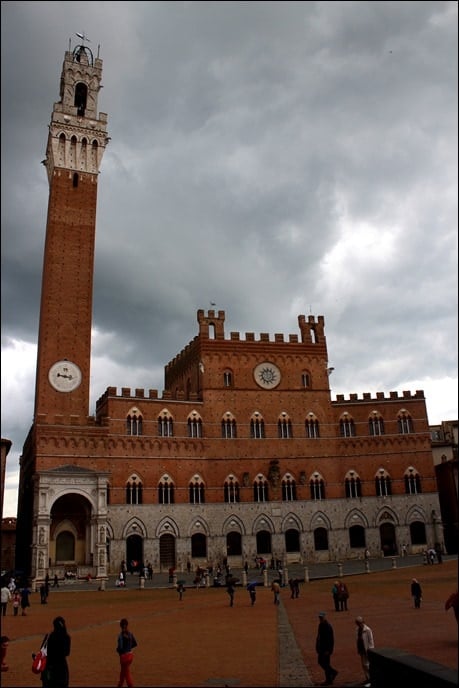 It probably didn’t help that it was raining and we’d had some issues with traffic/roads being closed on the way to Sienna, but still. I’d definitely visit some of the other towns again before this one. 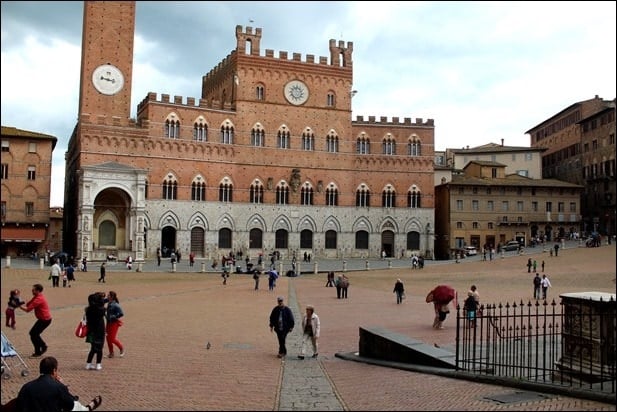 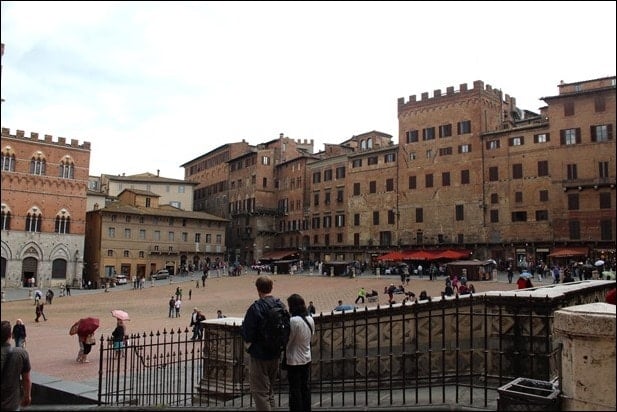 The final small town we visited later on in our trip, on our last day in Italy, was Orvieto – an Umbrian town near Rome. This was hands down my favorite of the small towns we visited in Italy – it was a lot less crowded and really, really cute, too. 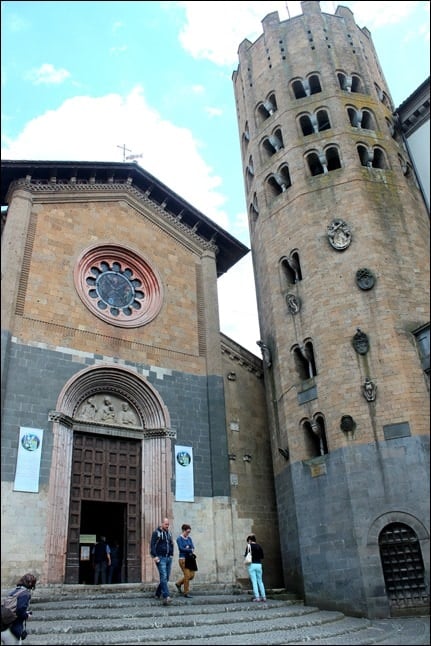 We visited Orvieto on our way from the wedding venue back to Rome with my friends Libby and Lauren in tow, and the four of us had a great time exploring the city! 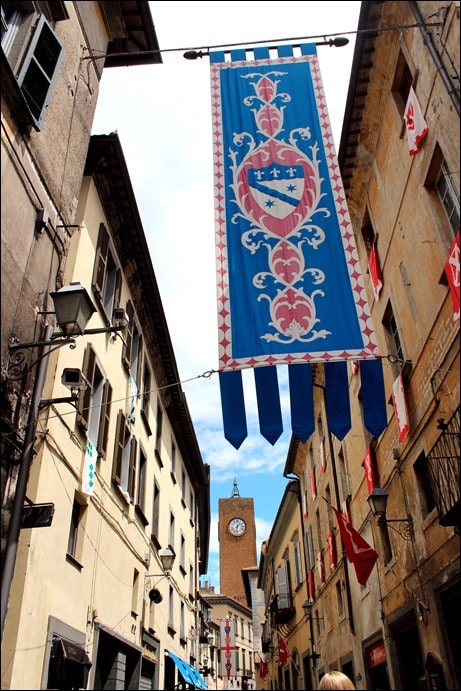 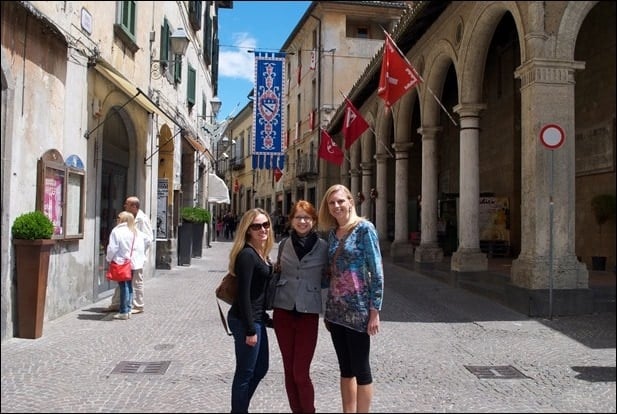 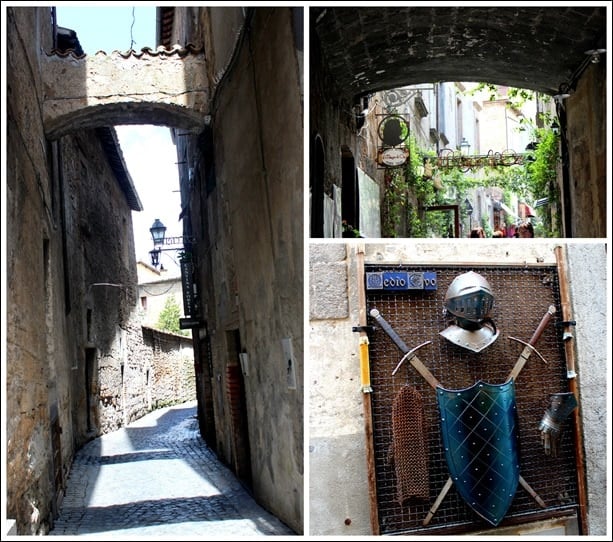 Their town square was gorgeous, too. Check out this church! 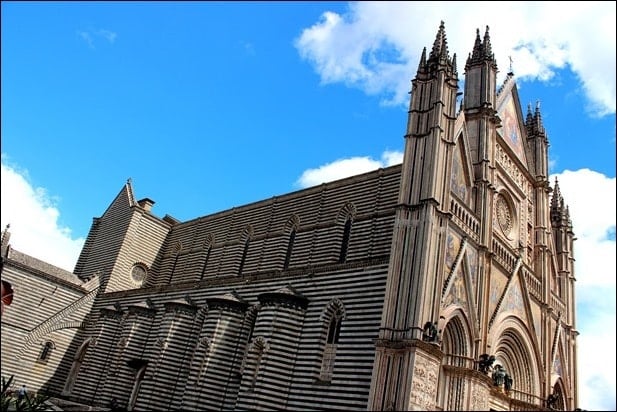 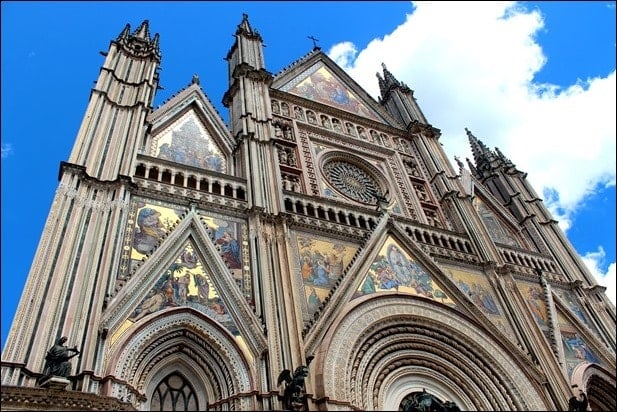 The detailing was incredible. 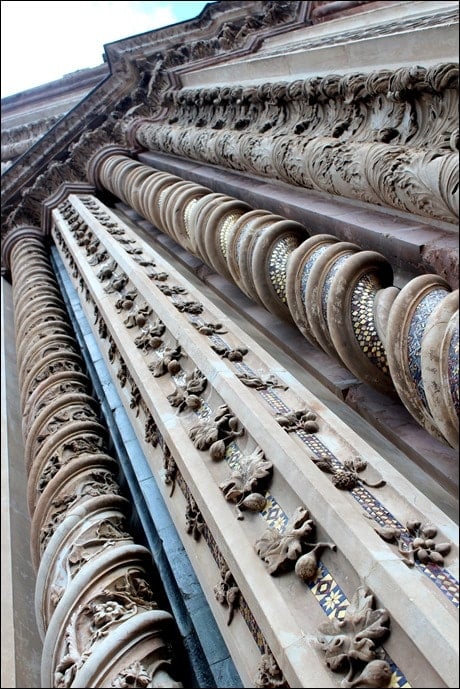 If you’re ever in Italy, I’d highly recommend checking out Orvieto. So cute!

Stay tuned – I have two final Italy posts coming: highlighting Cinque Terre (as amazing as everyone says) and Florence! 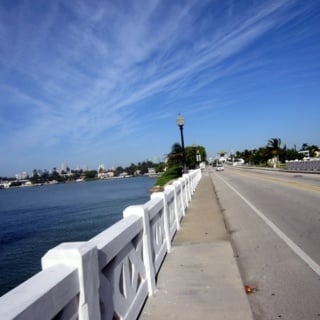 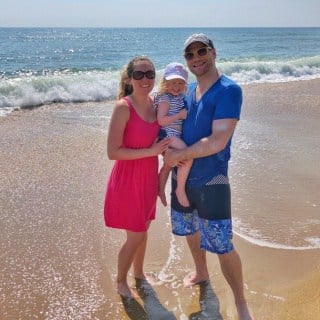 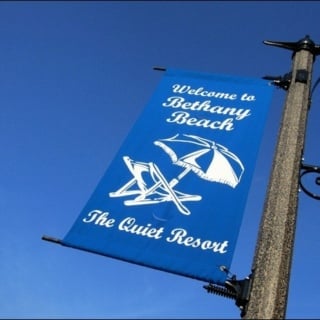 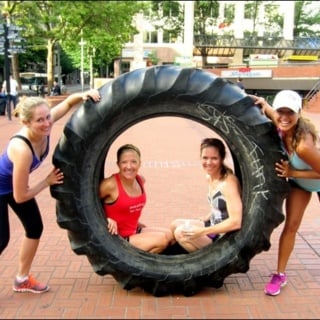