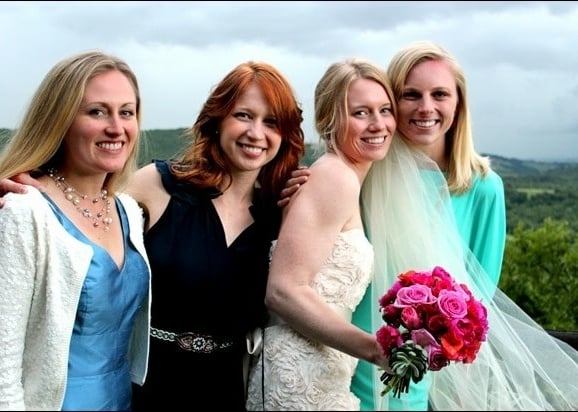 Hello, my friends – welcome to the first of many Italian adventures recaps! I thought I’d start with the end of our trip and the reason that we were in Italy in the first place – my grad school friend Elle’s wedding! 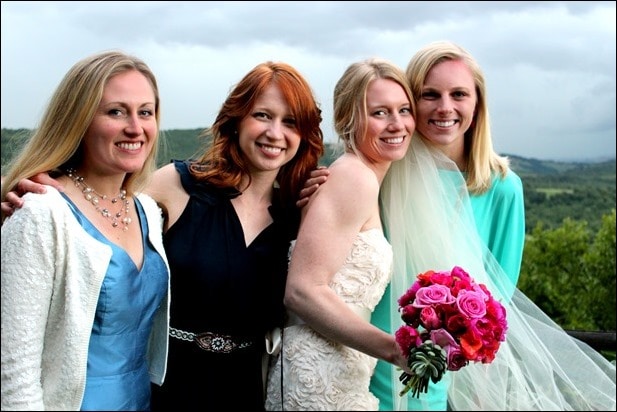 Elle and Rob’s wedding was held in Morruzze, a tiny Italian town in the Umbrian countryside about 2 hours from Rome. Rob’s father was a diplomat and he spent many years living overseas; he has a couple friends who own a place in Morruzze and Elle and Rob first visited it together a few years ago. It’s beautiful – set high in the hills with beautiful views of the Italian countryside. 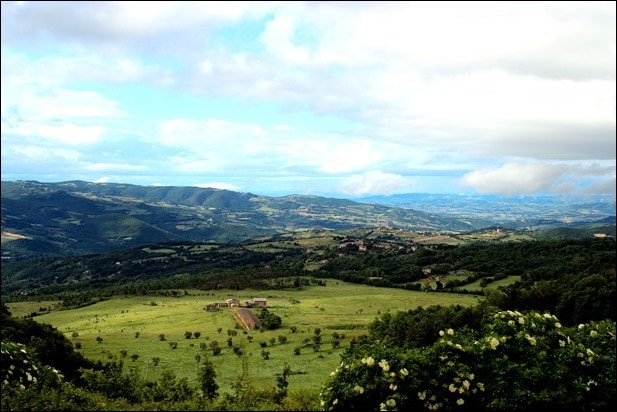 About 50 people were in attendance for the wedding so it was nice and intimate, and Elle and Rob did a great job making all of us feel very welcome and special. I was so happy we were able to be there for them! 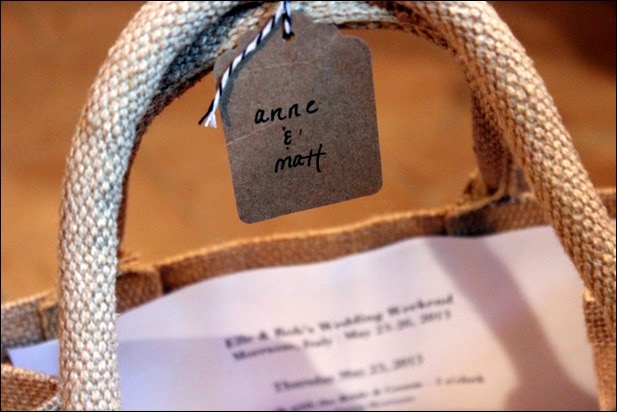 One of the big perks of attending such a small wedding – and one so far away – was that we got to see a lot of the bride and groom! They had all sorts of activities planned for those of us that were able to make it over for the big weekend.

First up was a welcome dinner and drinks on Thursday night at Rob and Elle’s friend’s house. My grad school girlfriends Libby and Lauren also made it to the wedding – it was so great to see them! 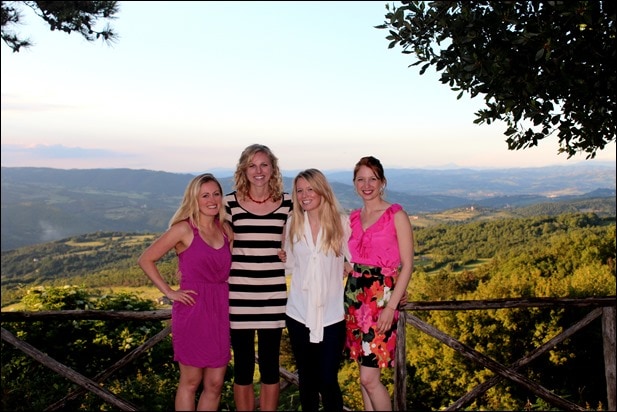 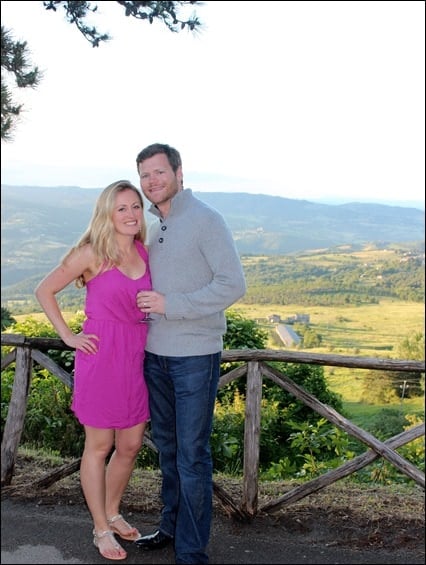 The bride and groom: 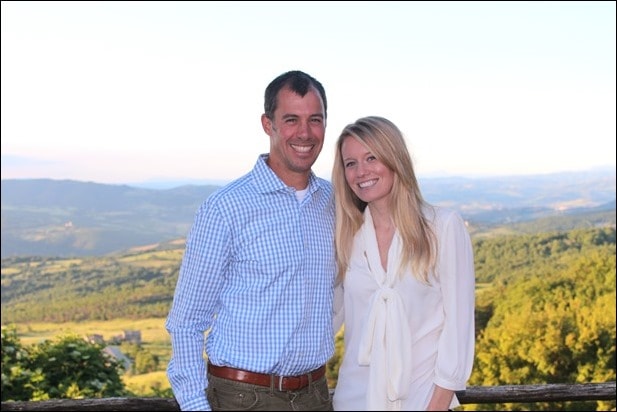 On Friday, there was a wine tasting, which Matt, Lauren, Rob’s friend Felix, and I missed most of because we set out for what was supposed to be a 4 mile run, got totally lost, and ended up being gone for 4 hours! It was actually really fun – more on that later. 🙂

On Friday night, we were all invited to the rehearsal dinner, which was a wonderful multi-course Italian feast held at a local restaurant. 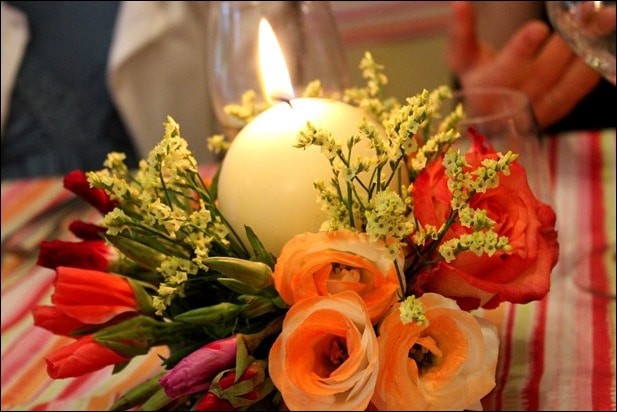 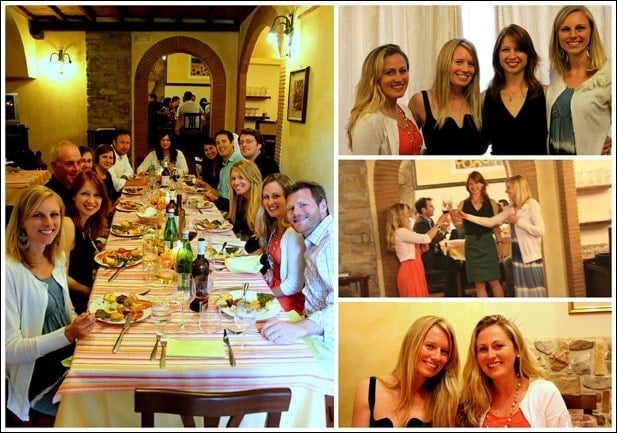 The food was amazing! 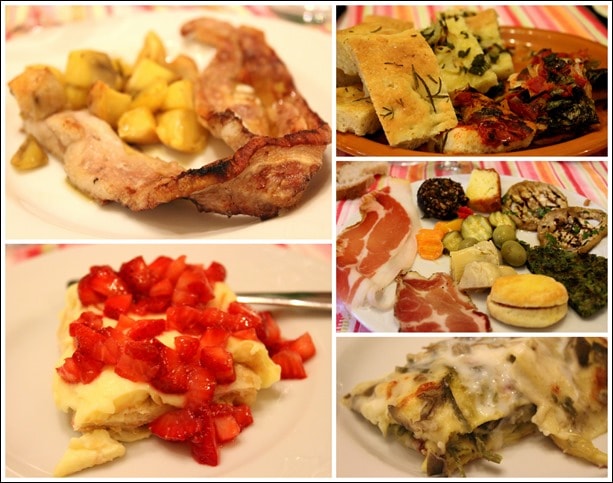 On Saturday morning, the girls and I continued the tradition of running together on the morning of our weddings that I started back in October! Lauren and I had the pleasure of meeting Elle for a casual early morning 4ish mile run through the beautiful Italian countryside. 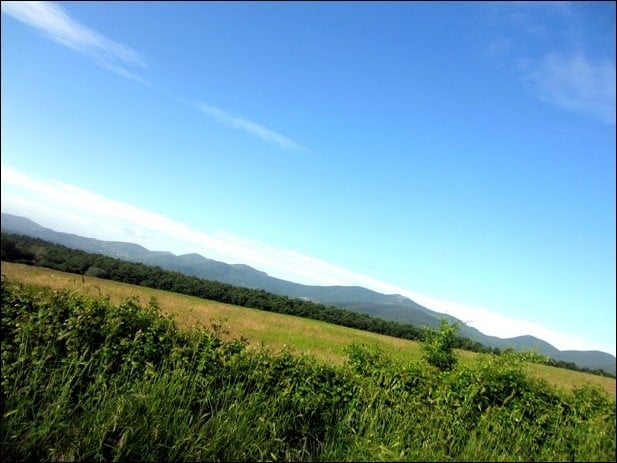 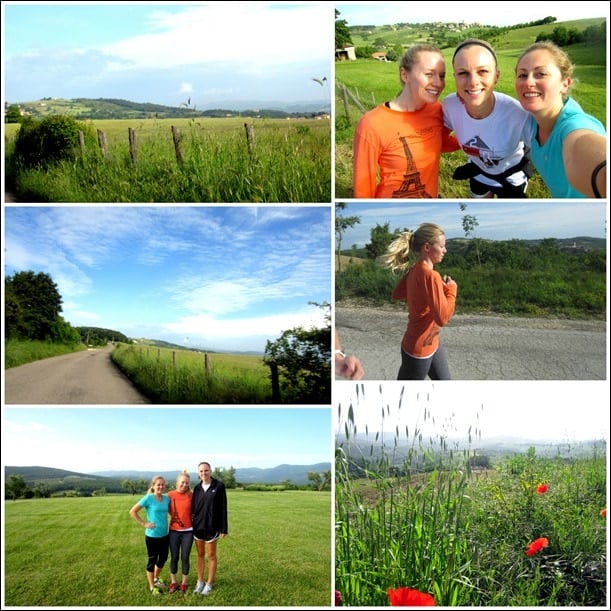 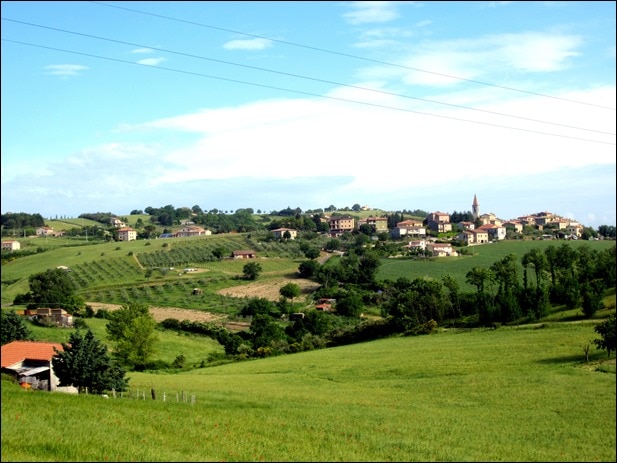 After the run, we helped Elle set up the reception table! 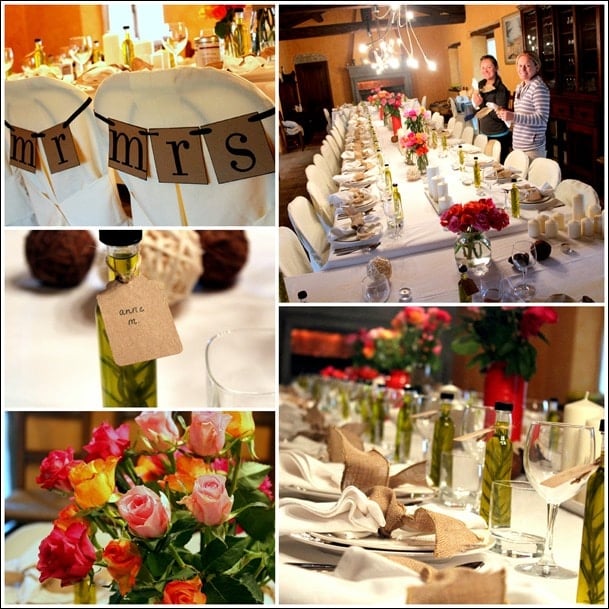 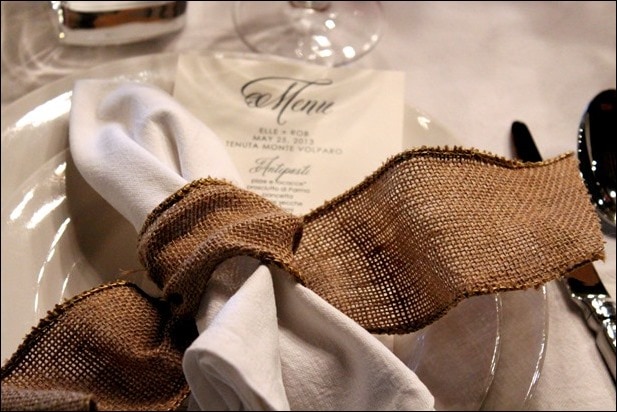 And then it was time to get ready! After showering, the girls and I headed over to Elle’s villa to hang out while she got ready. Check out this dress – gorgeous, right? I loved the texture! 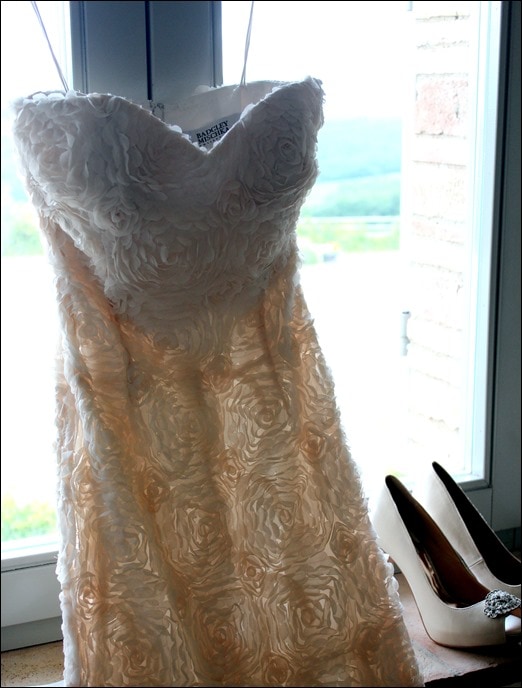 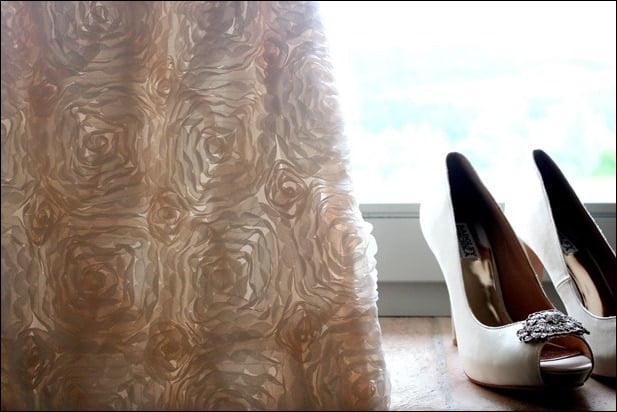 And then it was time! Elle and Rob’s wedding was held in an adorable, tiny church in the small town square in Morruzze. Unfortunately I took the sunny photo below on Thursday night – on Saturday, the skies had clouded over and rain started just before the ceremony began. Big bummer. 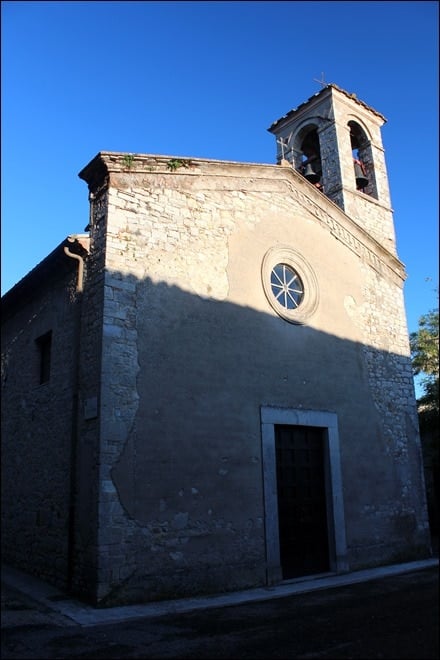 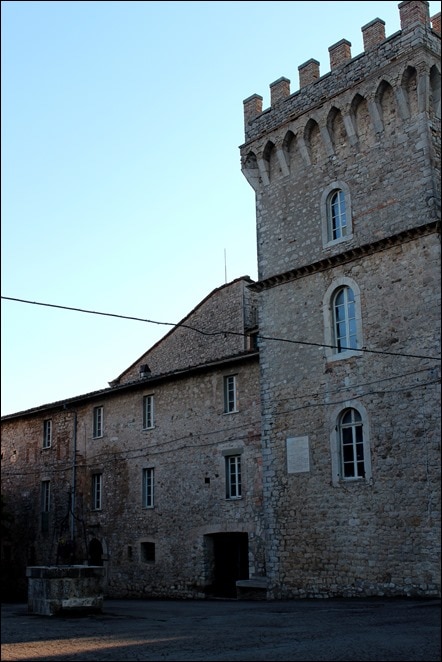 Luckily, the skies cleared just before the ceremony was over and we were all able to toast the newlyweds (and throw confetti on them as they emerged!) out in the square. Congratulations, Elle and Rob! 🙂 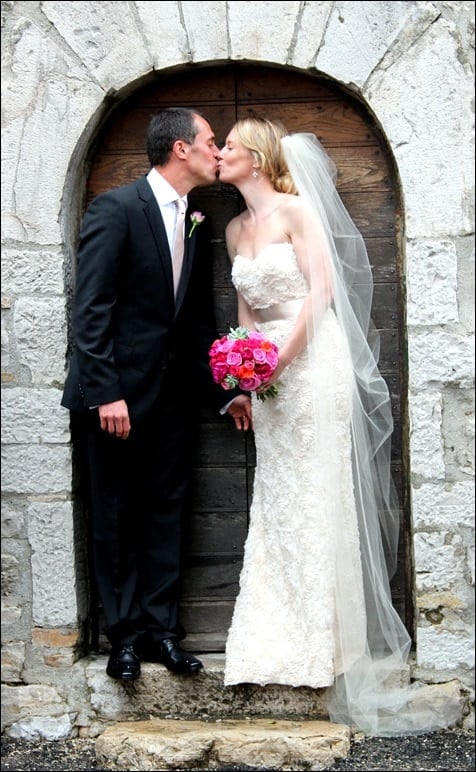 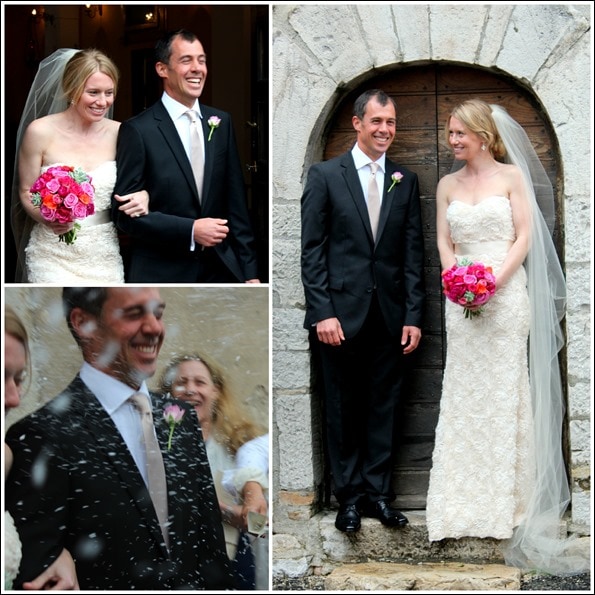 Elle and Rob headed off to get photos taken and the girls and I and Matt had our own photoshoot! 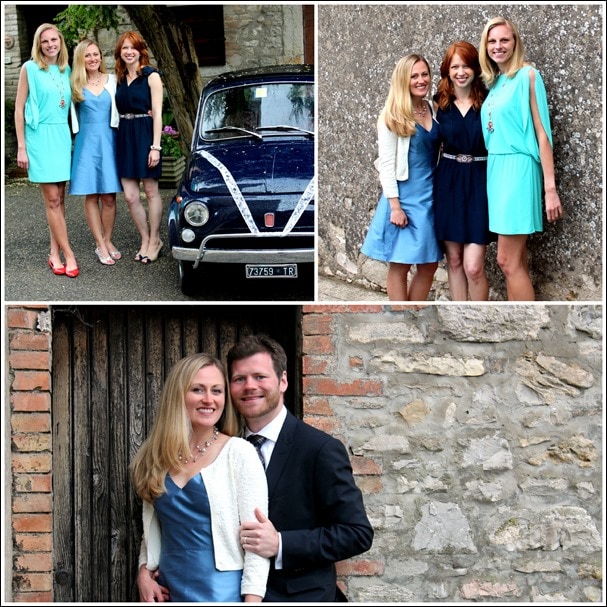 Fun fact – the dress I’m wearing is actually an old bridesmaid dress from my college BFF Turner’s wedding! I had the sash removed and shortened it to above the knee and voila! Perfect. 🙂

The reception was held at an adorable country home called Monte Volparo, which was also where a bunch of us stayed. It was super cute – stunning views, too! Again – I took these photos on a sunny day – sadly the wedding day was cold and gray! 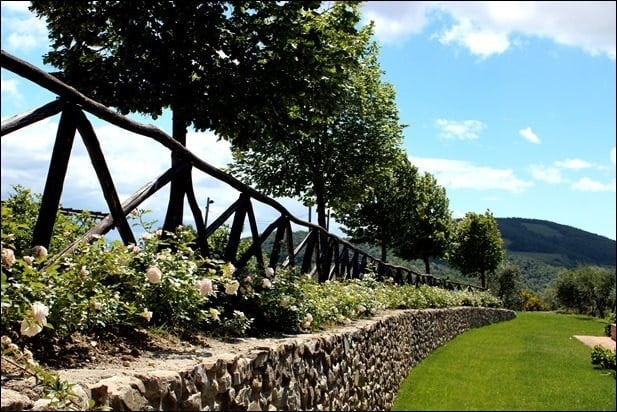 But that didn’t stop us from having a great time! I hardly took any photos so that’s probably a good indication that it was a great party. Awesome food, awesome high energy Italian band. So fun! 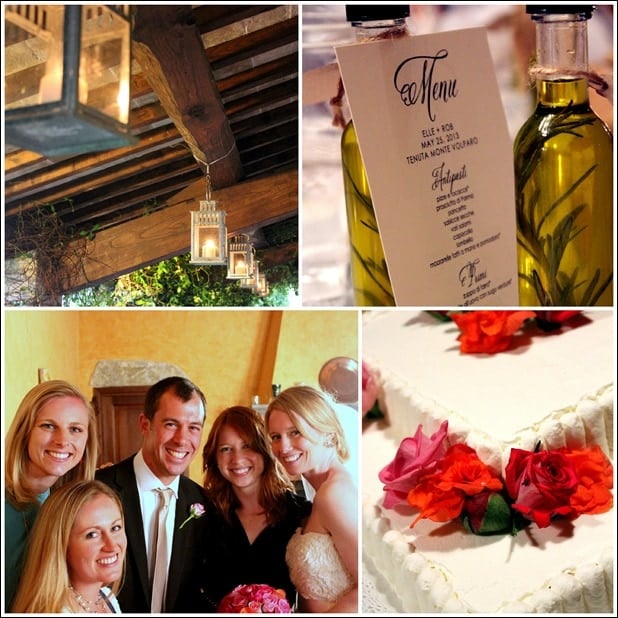 There was even a guy making homemade mozzarella cheese. 🙂 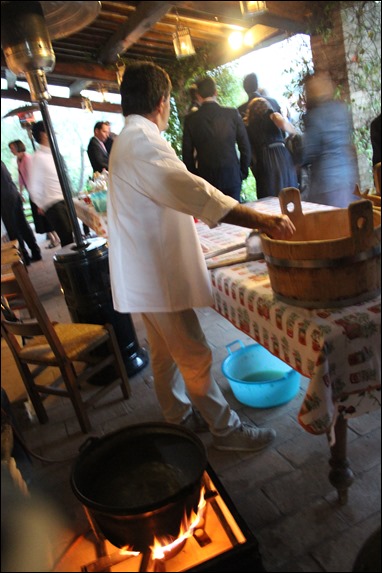 Congratulations again, Elle & Rob! I’m so glad Matt and I were able to share in your special weekend. 🙂 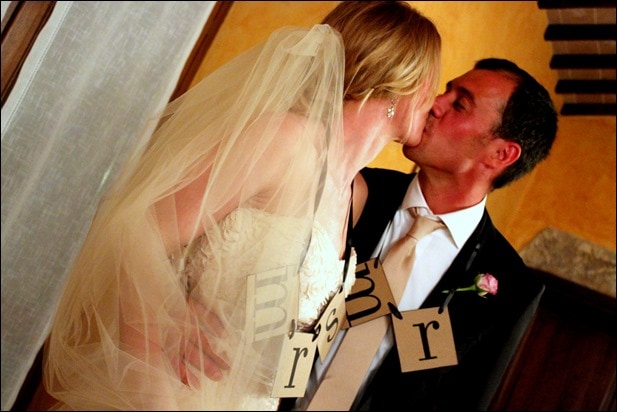 Have you ever attended a destination wedding? 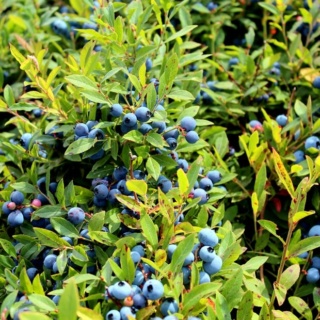 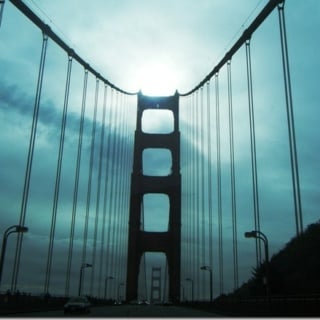 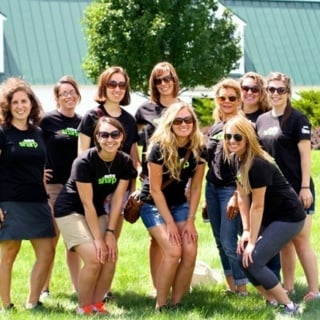 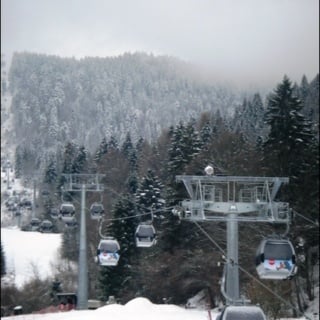