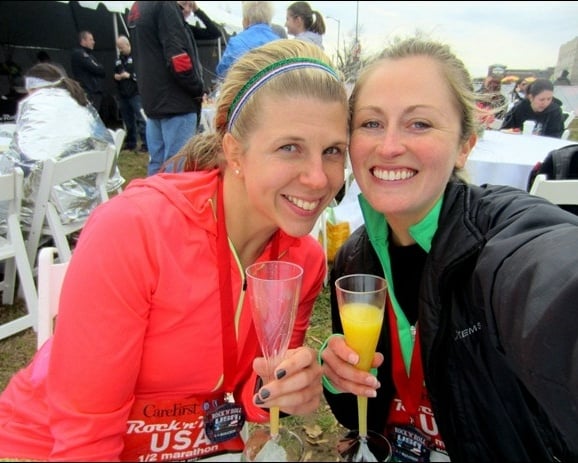 Theodora’s Story: From Overweight to Marathoner

Hello friends! As you know, I’m currently on vacation in Italy with Matt! We will have limited access to the internet (apologies for delayed responses to email and comments) and want to maximize time to hit the sights, so I thought it would be fun to set up a couple guest posts from friends while I’m away. Today’s guest post is from my friend Theodora. Theodora and I first met a few years ago when she emailed me about meeting up for a run, and we’ve been friends ever since, running races together, traveling to blog events together, and talking to each other on gchat practically every day, too. 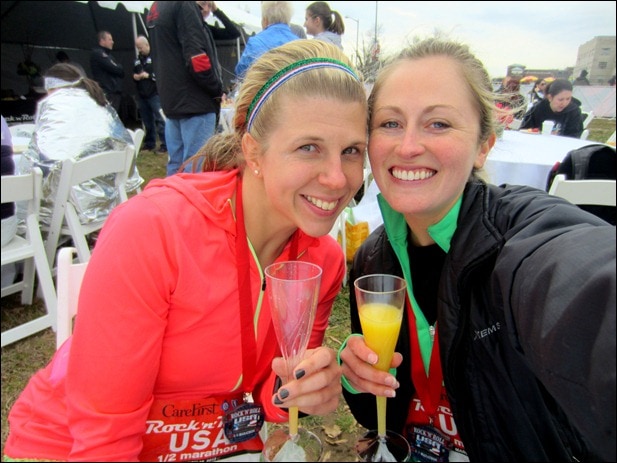 Theodora has quite an inspiring story – looking at her now you might think she’s always been active and fit, but that’s far from the case. In the past few years, she has lost 50 pounds and run not 1, not 2, but 3 full marathons. She’s been a big inspiration to me as I get ready to start training for my first full marathon, and I thought all of you would find her story inspiring, too. She’s a great example of what you can achieve if you put your mind to it! Take it away, Theodora!

Theodora’s Story: From Overweight to Marathoner

A little over four years ago, I decided I wanted to lose weight–but for real this time. My best friend was getting married in Aruba, and I’d had enough of being the fat chick on the beach, hiding herself under coverups and willing herself to just melt into the beach chairs.

This wasn’t the first time I’d felt this way, but it was the first time I actually did something about it. I started working out with a trainer who taught me how to believe in myself, that I could do this. We worked out twice a week together, and the first few sessions were brutal. I was mortally embarrassed as I struggled through what I assumed were easy exercises for everyone else, but I told myself that this wouldn’t be forever, that if I kept pushing through, it’d be worth it.

He had me start to run intervals on the treadmill, and I pushed myself to run at speeds that I thought only pro athletes ran at, and at inclines that felt like I was running up the side of a mountain. I was convinced that I was working out harder than anyone else at that gym, and also that I was invincible. I was literally working my ass off, and I felt on top of the world as I watched the number on the scale and in my pants shrink.

About 35 pounds down, for said wedding in Aruba.

I lost the first 35 pounds in 6 months and then it took about another 6 months to lose the last 15.

When I first started, I wasn’t sure I’d be able to lose 20 pounds, much less 50 pounds, but once my trainer taught me to believe in myself, I realized it was possible — and that led to running half-marathons and then full marathons. I learned that all those cheesy inspirational sayings were right, and that I could keep pushing myself, I’d achieve things I never thought possible.

I had run a few races before, but I hadn’t trained for them, and they were serious strugglefests. So I signed up for a 5K, and my goal was just to run the entire time. And I did.

I had never done speedwork before any of these races, but I think I got faster naturally as my body adjusted to the distances.

Since then, I have embraced the discomfort of tempos and 400s, and I’ve continued to get faster! My current marathon PR is 4:04, but I’m shooting for sub-4 the next time around–Wineglass in October. That would be more than an hour off my first marathon time!

My current half PR is now 1:50, which is nearly 50 minutes faster than my first, and a time I never thought I’d be able to claim as a time that I ran a half marathon in. Pushing myself to lose weight and start running has taught me more about myself than I ever would have imagined, and it continues to show me what I can achieve if I get out of my comfort zone. And it’s fun, too!

Help Me Pick a fANNEtastic Logo! 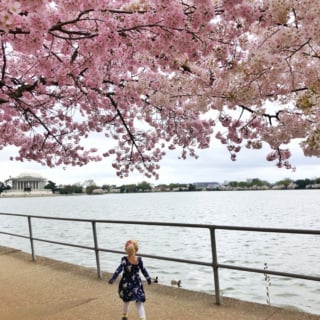 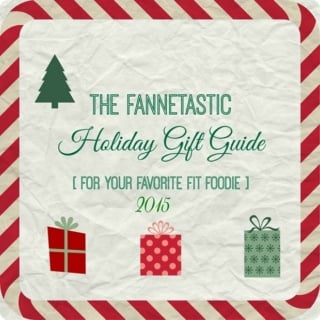 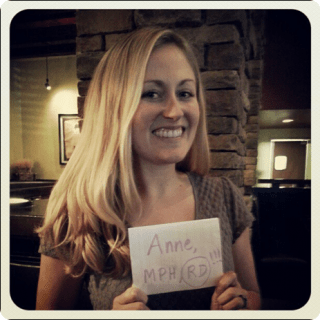