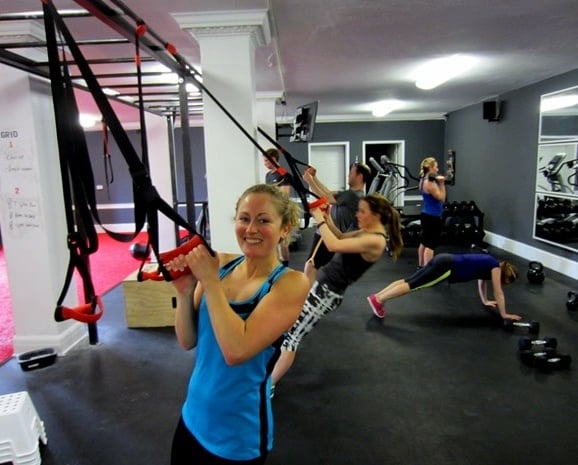 Morning, my friends! I was at the airport bright and early this morning – I’m off on a press trip for the week. You’ll be able to see what I’m up to soon on Instagram/Twitter, but for now, some hints: I’m packing my passport, but not my swimsuit this time. 😉

As for this weekend, it was a really busy one! On Saturday morning, Matt and I hit up Urban Athletic Club (Georgetown location) with my friend Kathleen to get in a workout. 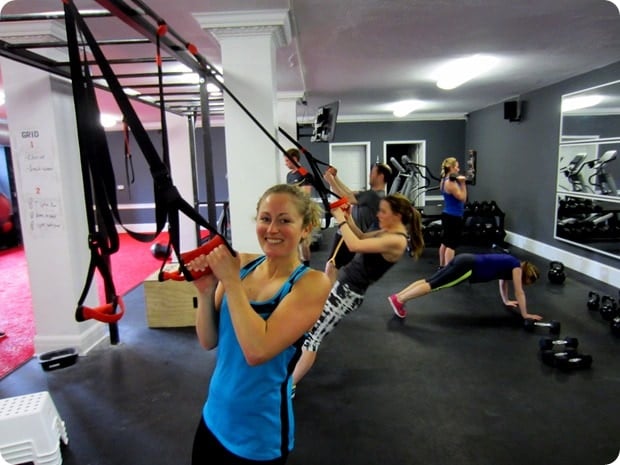 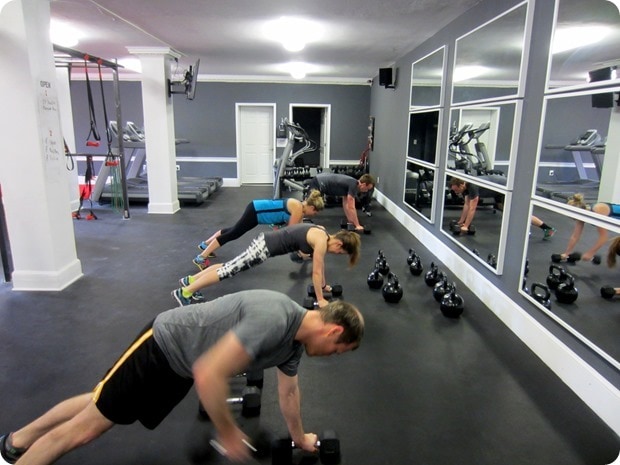 As always, it was awesome! I hadn’t been in wayyyy too long due to my recent travels and the Rock ‘n’ Roll DC half marathon last weekend, so it was nice to be back! 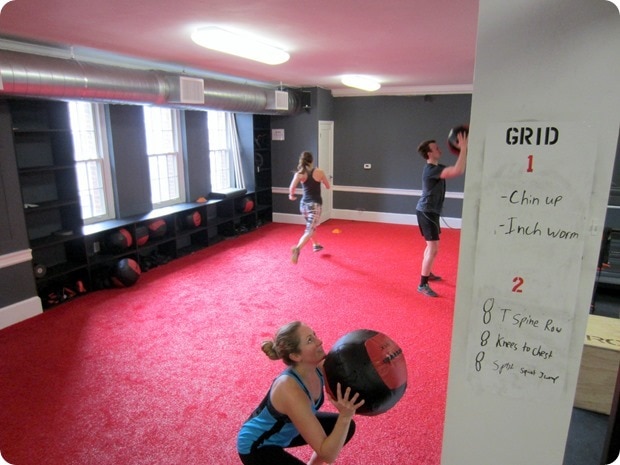 If you’re local and want to try out Urban Athletic Club, you can use the code “fANNEtastic” for 15% off your first purchase – it’s good for any class or package/membership purchase! I seriously think this is one of the best workouts in DC – so fun but legit, too. Here’s what we did on Saturday – each round was 4 minutes. Whew! 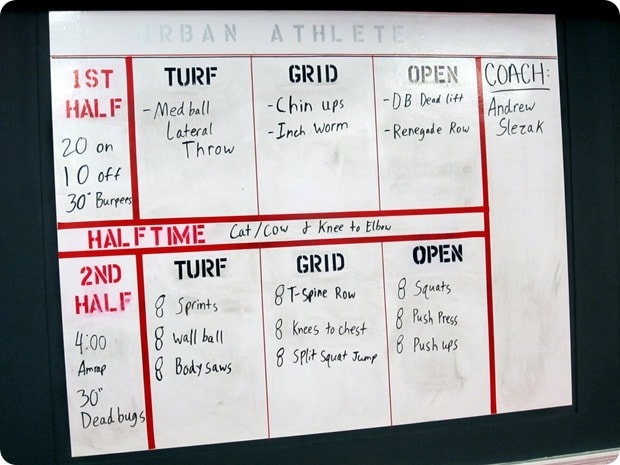 In the car ride home, Matt and I shared this Organic Fuel protein drink from Organic Valley (as a reminder, they sent me some samples of it to try for a sponsored campaign). I think Matt loves them even more than I do – so tasty and convenient to keep in the car/your bag for right after a workout. By the way – they have a hilarious social media/video ad campaign going on right now called “Save the Bros” – if you want a laugh, go watch it. 😉 I sent it to my brother when I first saw it because I’m always getting on him about the super sketchy/processed protein shakes he drinks! 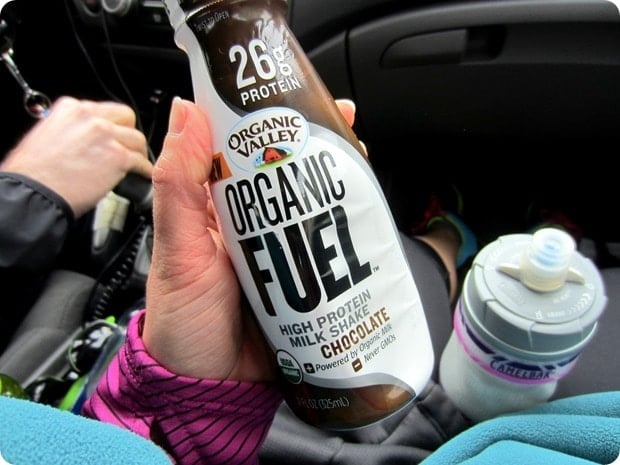 As for lunch once we got home, I whipped us up some tuna salad sandwiches. To make the tuna salad, I just mixed the tuna with avocado and dijon mustard! So good. Plus some veggie power. 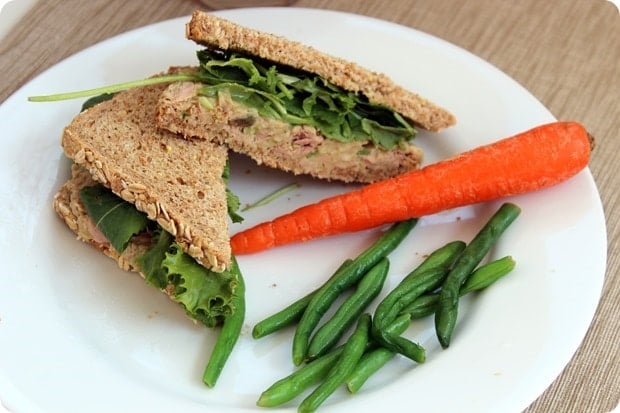 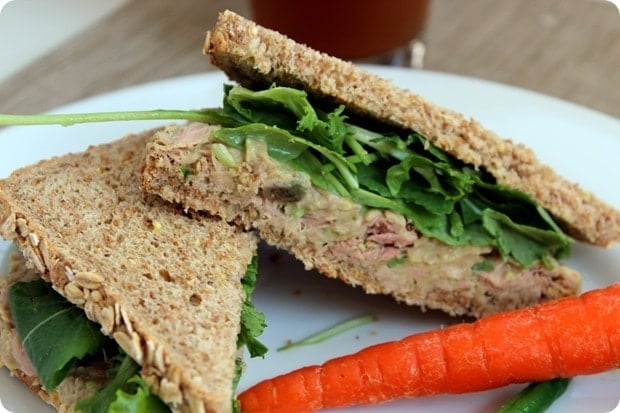 Zara is OBSESSED with tuna – I always give her a little when I open a can, but apparently she was ready for more because when we were eating the sandwiches she was literally stalking us. How funny are these photos?! 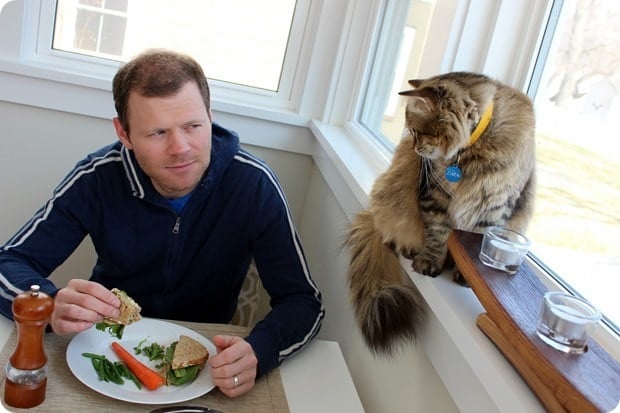 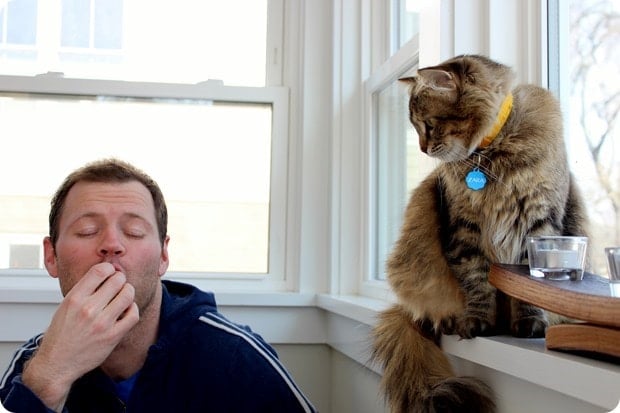 The rest of Saturday was spent car shopping! My car (which was a 2002 VW Jetta that I got senior year of college) bit the dust last week once and for all, and we’d been talking about/looking into getting a new one for ages, so it was time. Exciting stuff! We ended up getting a Toyota Rav4 – so nice to have a car with 4 wheel drive now, especially since DC is apparently always going to be super snowy in the winters!

All that car shopping worked up an appetite – we hit up Lost Dog Café after we were done for some pizza, beer, and salad, for good measure. LOVE Lost Dog! I’ve been going there since high school. Great food and great mission, too! 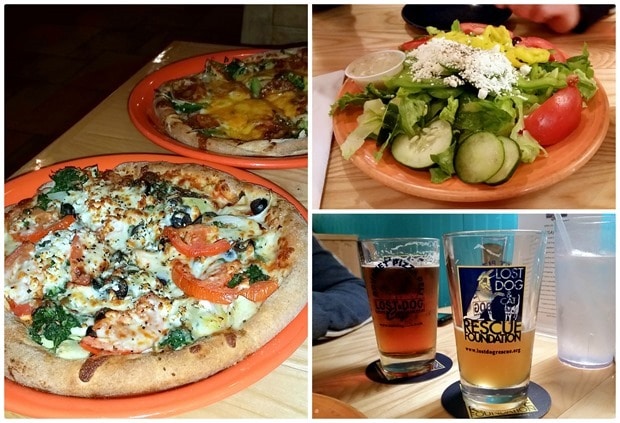 As for Sunday morning, Matt joined me for a run! 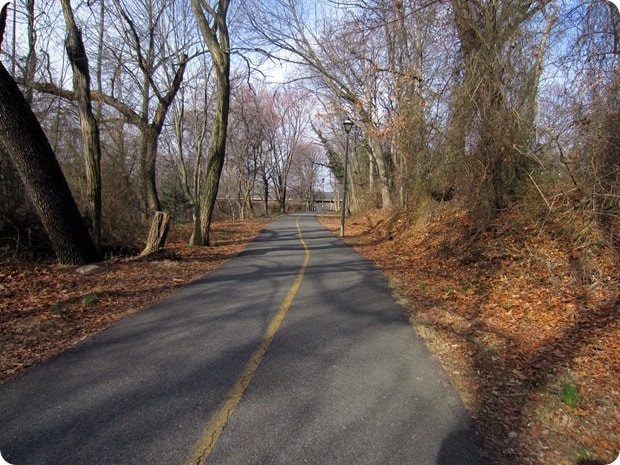 We had beautiful weather this weekend – sunny and warmer, too. 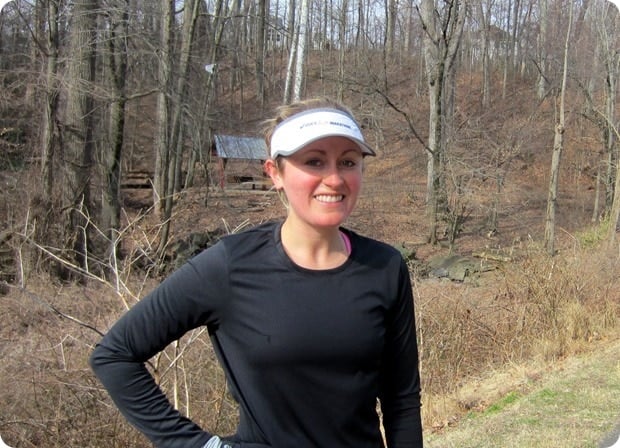 We rocked out 6 miles together on a super hilly route. Good times! Matt will be joining for more runs over the next month because he’s doing the GW Parkway Classic 10 Miler with me – gotta get prepared! 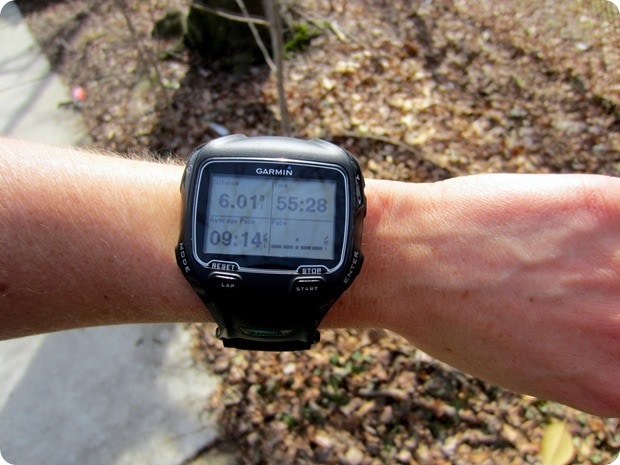 Brooks asked their Run Happy blogger ambassadors to share their favorite post-run smoothie recipe, so I wanted to share mine as of late. Matt and I enjoyed it after the run yesterday! 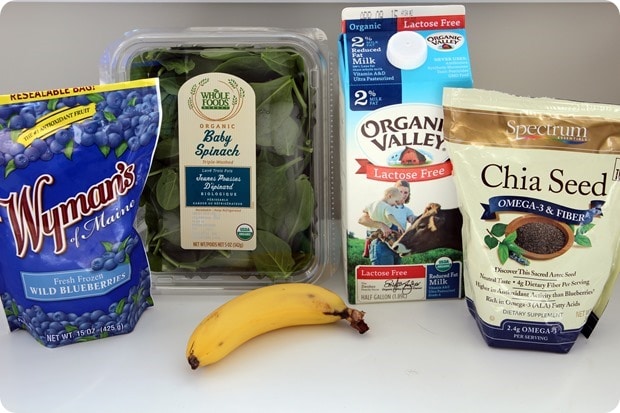 Simply blend and enjoy! 🙂 I didn’t realize until right now looking at the photo that I randomly bought lactose-free milk by accident, by the way – I don’t normally!This smoothie makes a great post-run refuel not only because it rehydrates you, but also because it has protein (from the milk), some great antioxidants and inflammation fighting nutrients (from the wild blueberries), healthy omega 3 fat (from the chia seeds), potassium (from the banana), and iron (from the spinach)! It’s also delicious – I promise you can’t taste the spinach at all, by the way. 🙂 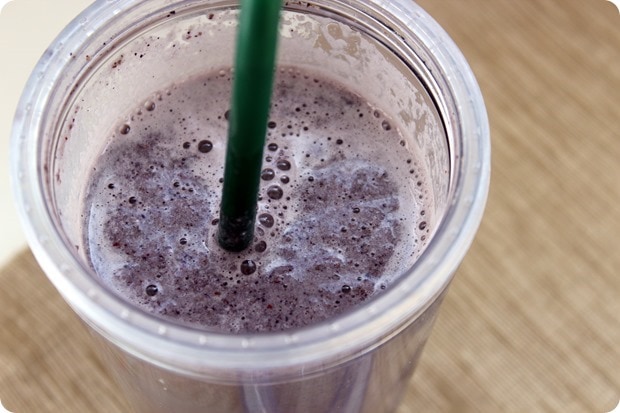 It would also make a good breakfast, especially if paired with some toast and nut butter.

Matt and I slaved away for the rest of the day yesterday working on our taxes (blahhh) and some other stuff around the house before having my parents over for dinner! We enjoyed a tart cherry, feta, and kale stuffed chicken – but you have to wait until Thursday for the recipe. 😉 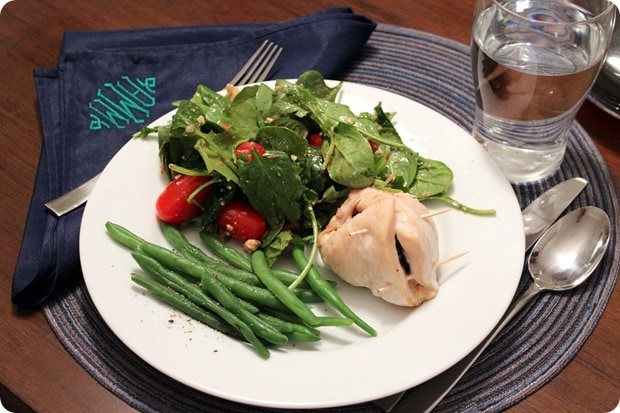 Have a wonderful day, everyone!

What does your favorite post-run smoothie include? 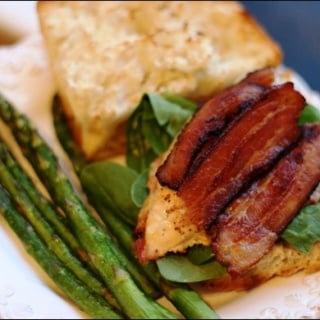 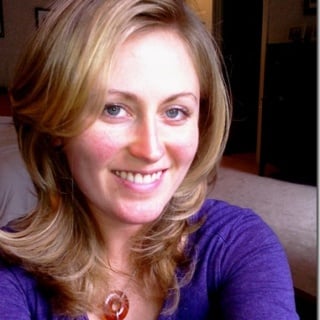 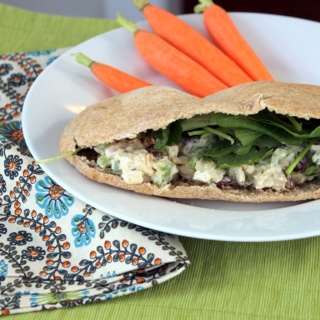 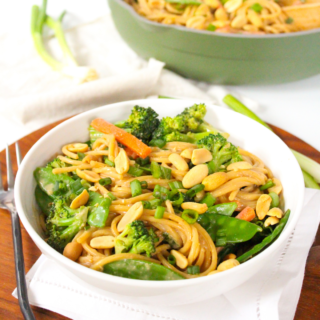