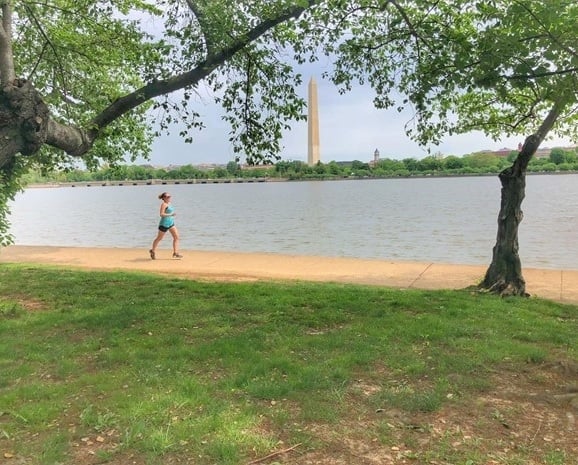 Hi guys! It’s gorgeous here today (where was this weather over the weekend, though?!) and I’m feeling grateful for my ability to bring my laptop outside this morning to enjoy it! We could have used some of this sunshine over the weekend, but we still got out for a few nice family walks with Riese in the carrier, and I met up with the girls for a run date, too. 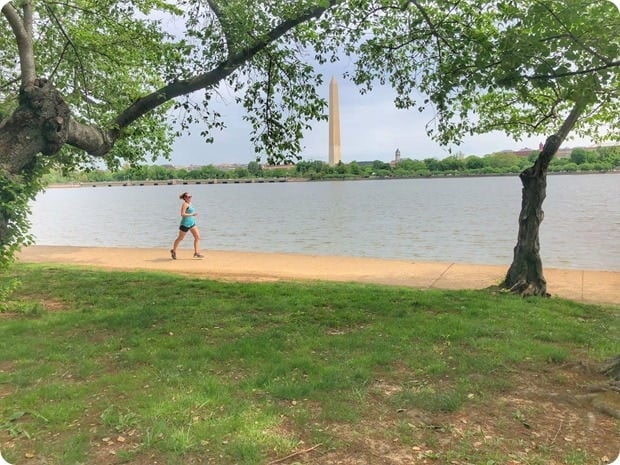 I know I’ve been talking a lot about running lately on the blog, but I’m just so happy to have it back in the mix as a stress-relief and social outlet! I’ve found motherhood is a weird mix of really wanting self-care/alone time while also never wanting to leave the baby’s side… it always makes me sad to not see her for a few hours, but at the same time it’s so nice to feel like my old self and to do something just for me. I love the time to catch up with two of my best college girlfriends, too – it’s much easier for all of us to meet up for run dates vs. trying to schedule a dinner. 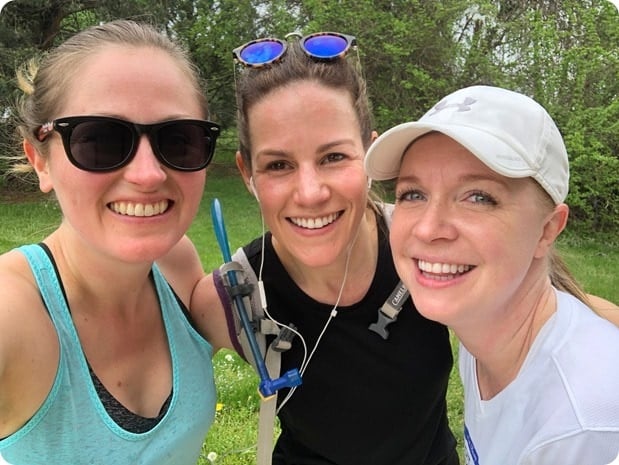 We did a fun monument/classic DC loop and enjoyed chatting nonstop as usual. I’m glad the water fountains around the monuments are back on again because I was really thirsty – it wasn’t super hot given the lack of sun, but it was still really humid out there! 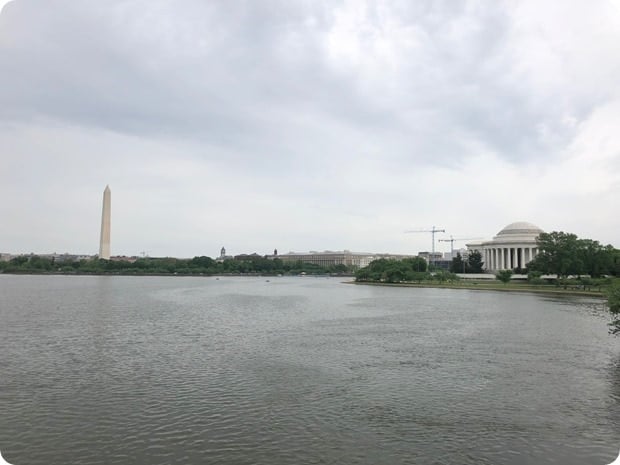 4+ miles done! The girls went on to do a bit more together and I was tempted to continue because I didn’t want to miss out/say bye, but I decided to be smart and not push it. I’ll get there soon enough! 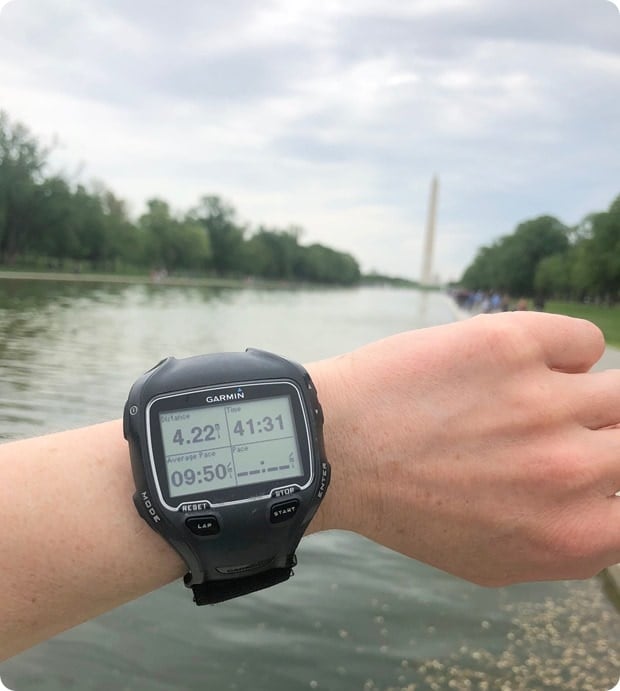 As for eats this weekend, we did some delivery and some of our usual homemade favorites. Friday night we were both really tired and decided to order some food – we had Liberty Tavern salad + pizza plus some beers on the deck and it was perfect. I got the “Vermont pizza” – it had white cheddar, smoked prosciutto, caramelized onion, apple, and sage and was soooo good – super savory. Normally I’m 100% a red sauce pizza girl but it was nice to mix it up – just what I was in the mood for! I love their salads, too – the one we both got had sliced fresh fennel on it which is such a refreshing and nice addition. Love that licorice flavor! 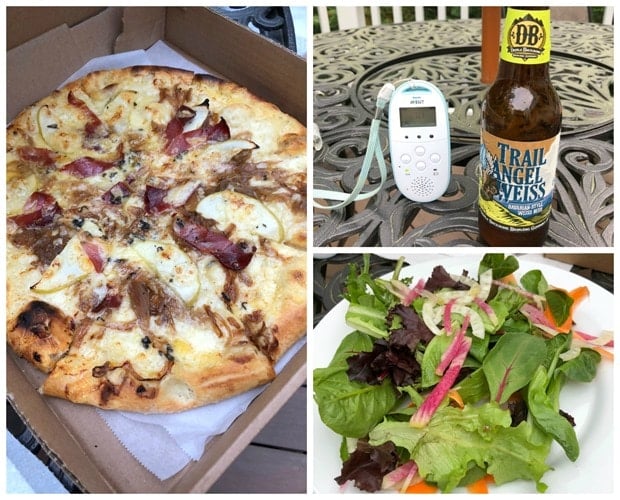 I also discovered the next day that the pizza leftovers were awesome topped with a couple fried eggs for extra protein and to make it feel more brunch-y. Because what isn’t good with a fried egg on top, right?! 🙂 I added in some veggie volume on the side for satiety, too. 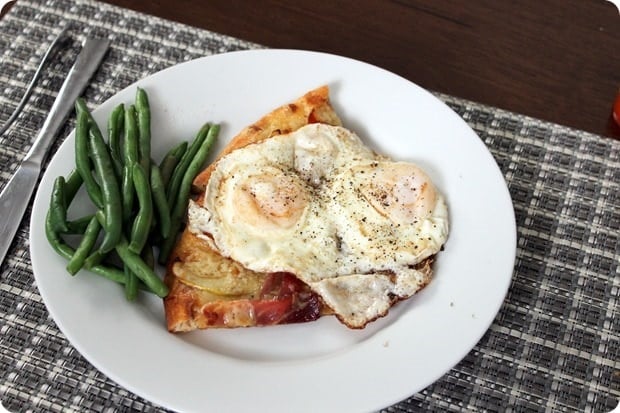 On Saturday night, Matt made steaks, roasted potatoes, caramelized onions, and sauteed spinach for me and our friend Shane, who came over to watch the Kentucky Derby + the Penguins vs. Capitals ice hockey game with us. Delicious, although we were out of ketchup so I had to use BBQ sauce for the potatoes instead. The horror! Must pick up more ketchup ASAP! Although actually the BBQ sauce was quite good too. 🙂 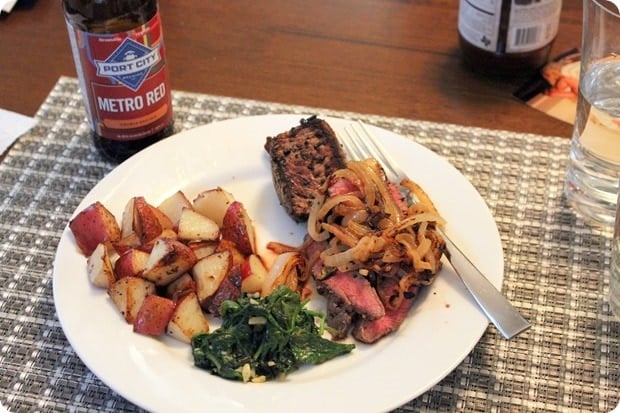 Last night we had a simple pan seared fish with rice and salad that I forgot to take a photo of – oh well!

I feel like this weekend went by both fast and slow – which is kind of how motherhood has felt in general, to be honest! Matt and I were both feeling a bit cooped up and restless this weekend and decided we need to make more of a consistent effort to plan stuff/get out and about with the babe in tow, even though it’s easier to just stay home. This weekend it looked like it was going to be rainy so we didn’t plan much… and then it ended up being gray but relatively nice out, so we were bummed we didn’t get out and about much after all! Oh well. Weekends are hard because both of us want some self care time, but obviously we also both want to spend time with each other and with Riese, too. It’s just hard to balance it all, and Riese still isn’t a great napper (meaning, she only takes really short 20 or 30 minute naps a few times a day, and always on one of us while walking or being held, not in her crib), so that makes it hard too because we don’t get that built in free time while she’s napping. We’re trying to start doing crib naps more and to get into a bit more of a schedule, but I hate letting her cry so it’s just been easier to pick her up and not try… plus, we like taking family walks so it’s usually easier to just do that around the time when we know she’s getting sleepy – she’ll look around at the scenery for awhile and then snooze for a bit too. She’s also going through an overnight sleep regression right now which doesn’t help… definitely feeling the 3 a.m. wake up this morning combined with the less than stellar weekend of sleep.

Anyway… I’ve got lots on my blog-related to do list today and some AnneTheRD nutrition client calls to prep for so I’d better get after it. See you guys back here tomorrow! 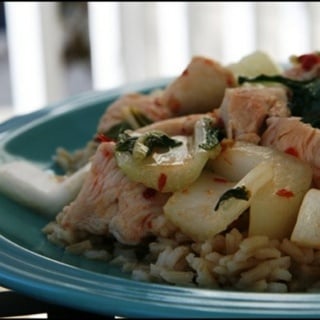 Today is the Day. 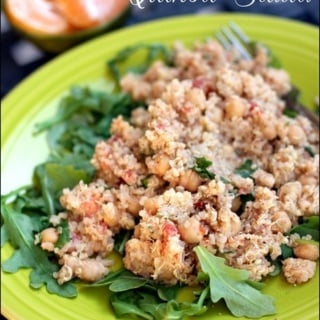