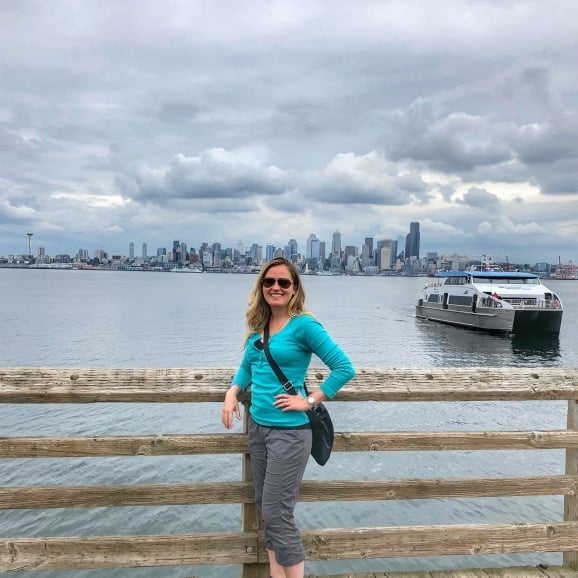 Hi guys! I’m home from Seattle! Before I get into the Brooks blogger ambassador portion of the trip (which is why I was out there!), I’m first going to recap part 1 of my trip, which was spent hanging out with my good friend Jess! Jess lives about 2 hours north of Seattle in Anacortes, WA, so I took advantage and flew out a little early so I could see her before the Brooks adventure began. 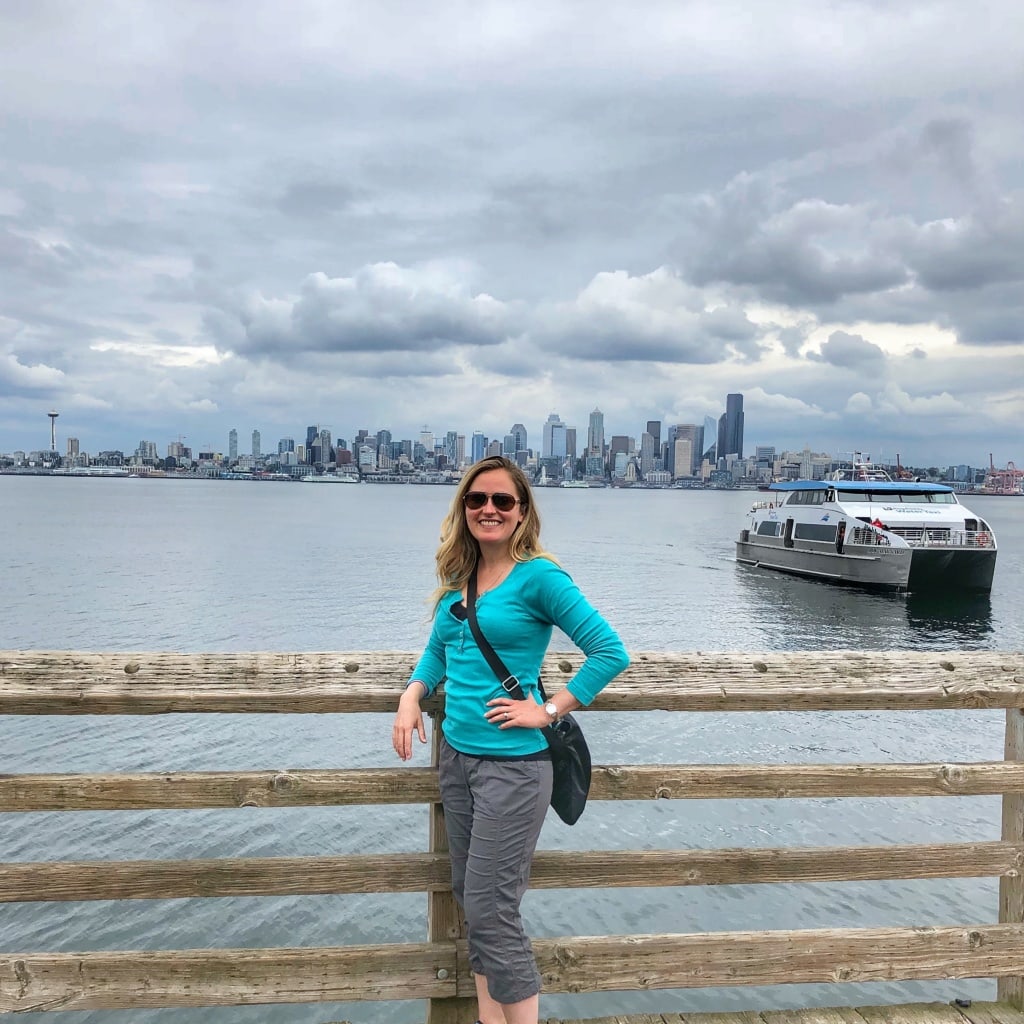 Jess’s husband was out of town so it was just the ladies – me, Jess, and her sweet daughter Lillian! I got in around lunchtime on Friday so our first order of business was food. We went to a really cool spot called Marination Ma Kai in West Seattle that had beautiful views of the city from across the water. 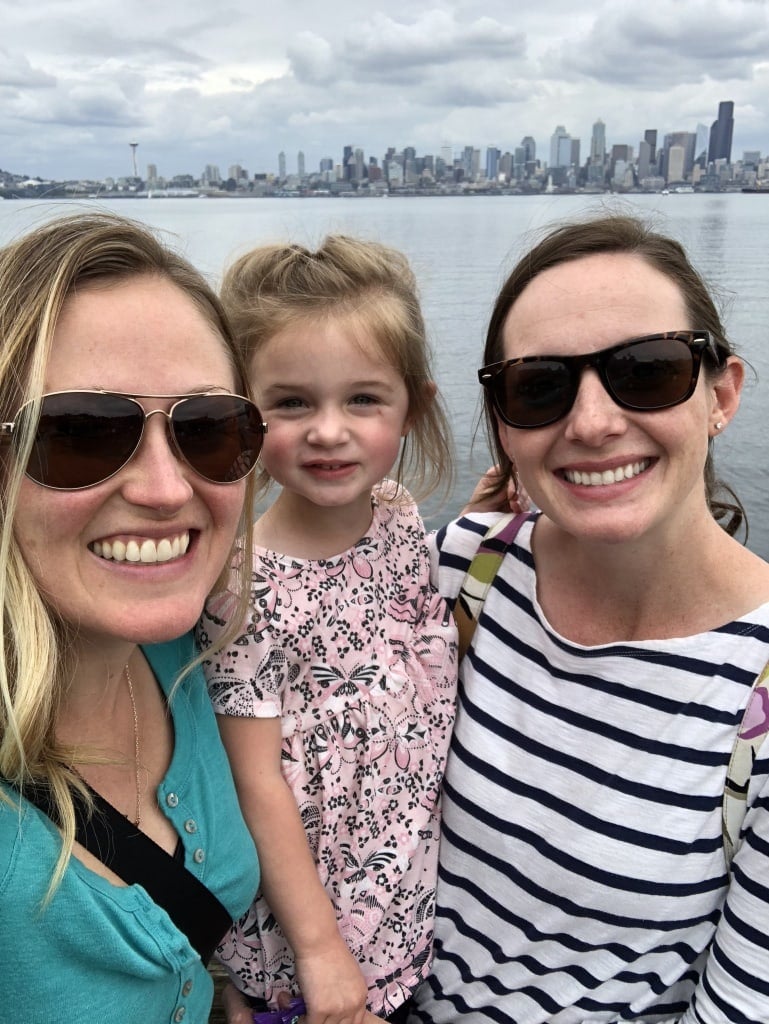 Marination Ma Kai is a casual, order at the counter type place that bills itself as “Hawaiian-Korean Fusion” – interesting, right?! I got a sampling – a fish taco, a “sexy tofu” taco, a pork slider, and a side of slaw (really good and gingery). It was awesome and I was hungrier than I thought, so I ended up going back for two more of the fish tacos, which were my fave! Lunch with a view: 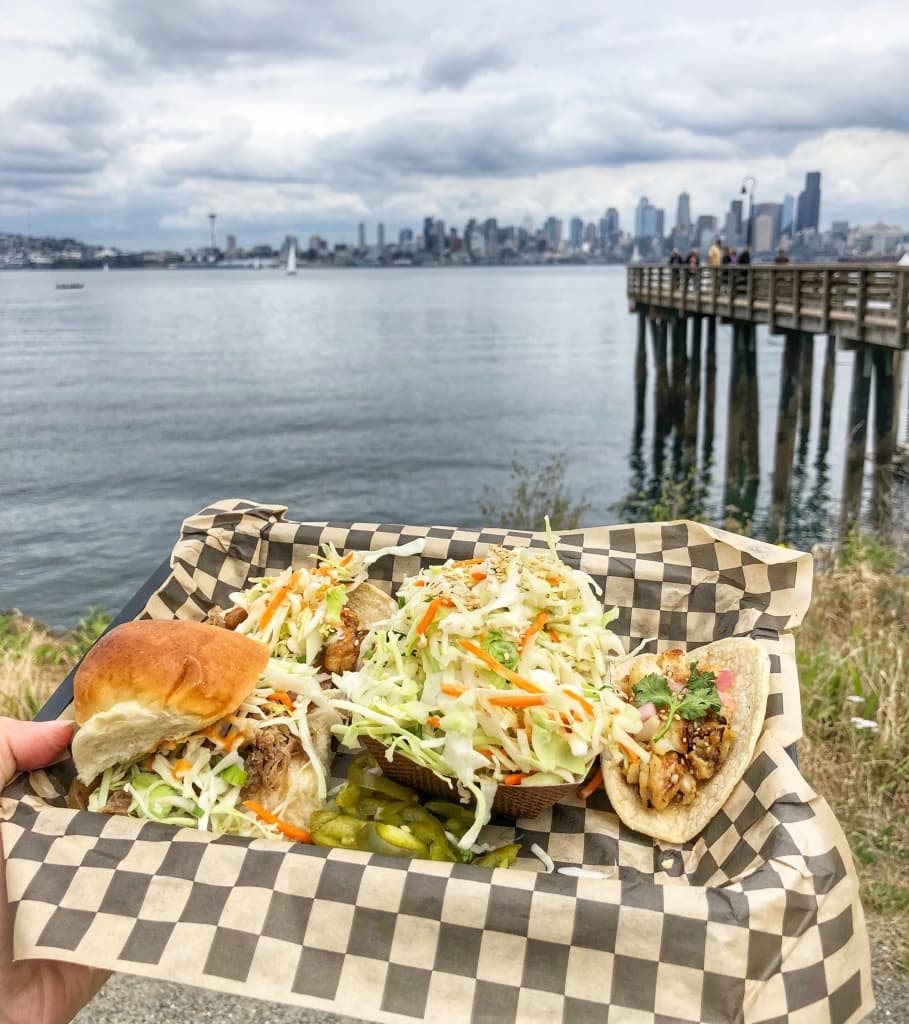 We arrived back at Jess’s place around 5 and decided all three of us could use some movement after sitting for awhile in the car (and the airplane for me). There are hiking trails basically right out their backyard – so jealous! It was nice and cool out and it felt lovely to get some fresh air and be in the quiet woods (and to not be sweating – DC is so hot right now!). 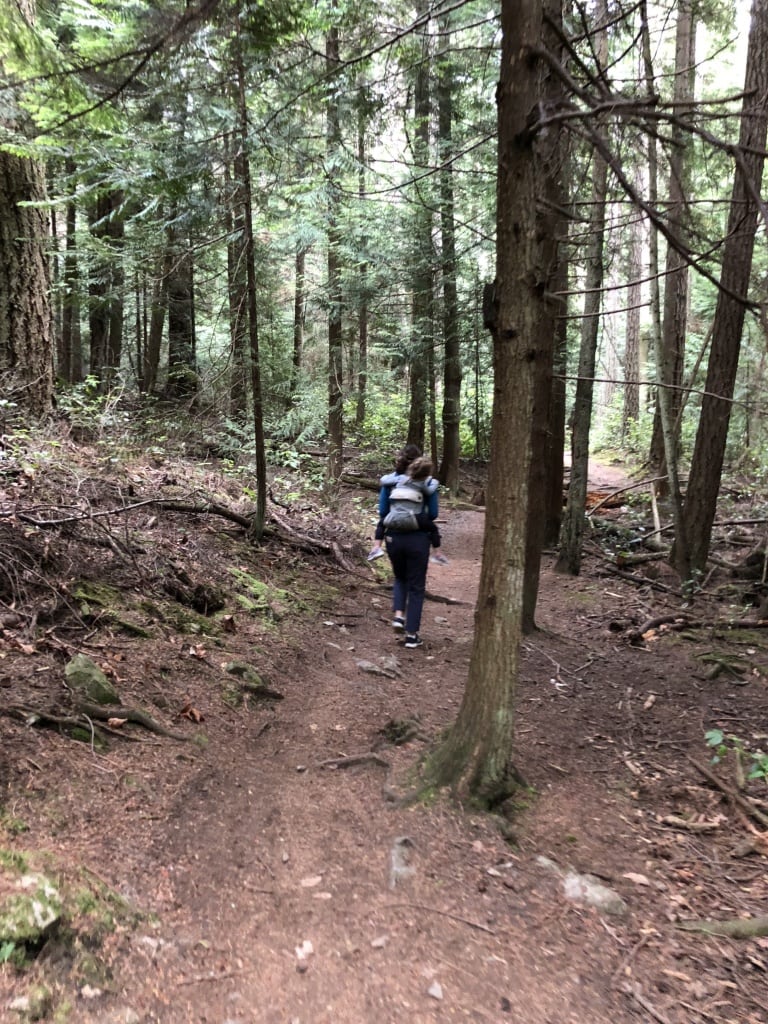 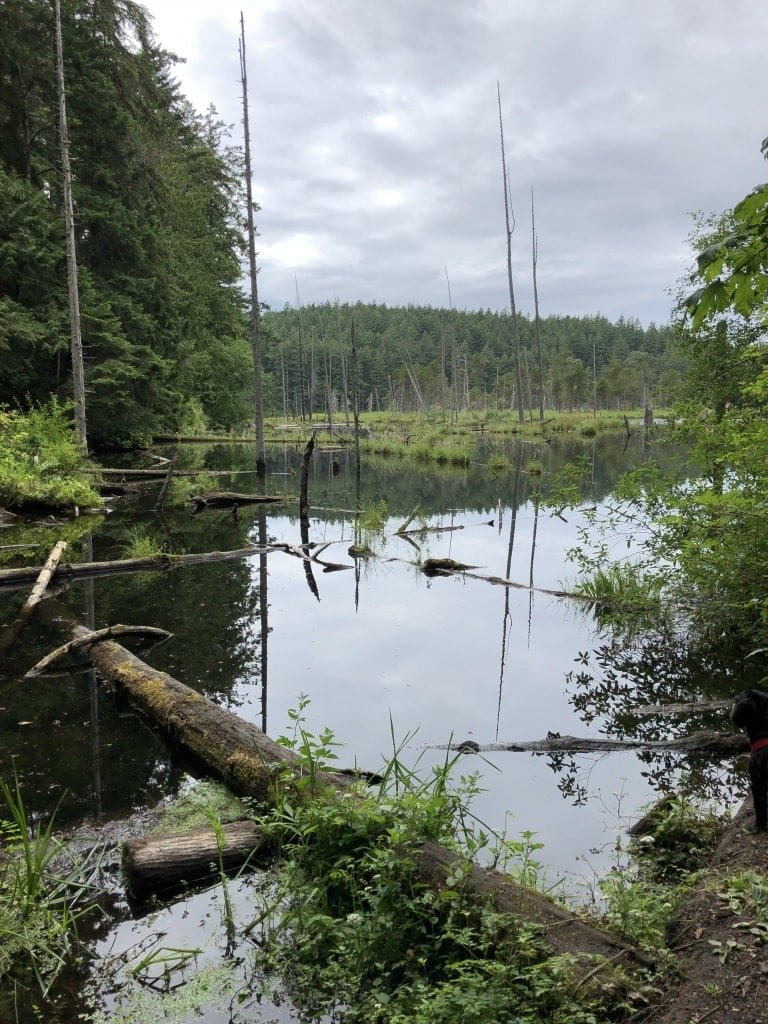 For dinner post-hike, Jess made crockpot Mexican-themed chicken (she threw it all in the crockpot before leaving to meet me at the airport – I was impressed) – she said she just put chicken breasts, taco seasoning, and chopped peppers and onions in the crockpot and let it do its thing. The chicken creates its own juice that makes it nice and moist, and once it is cooked you just shred it and enjoy! 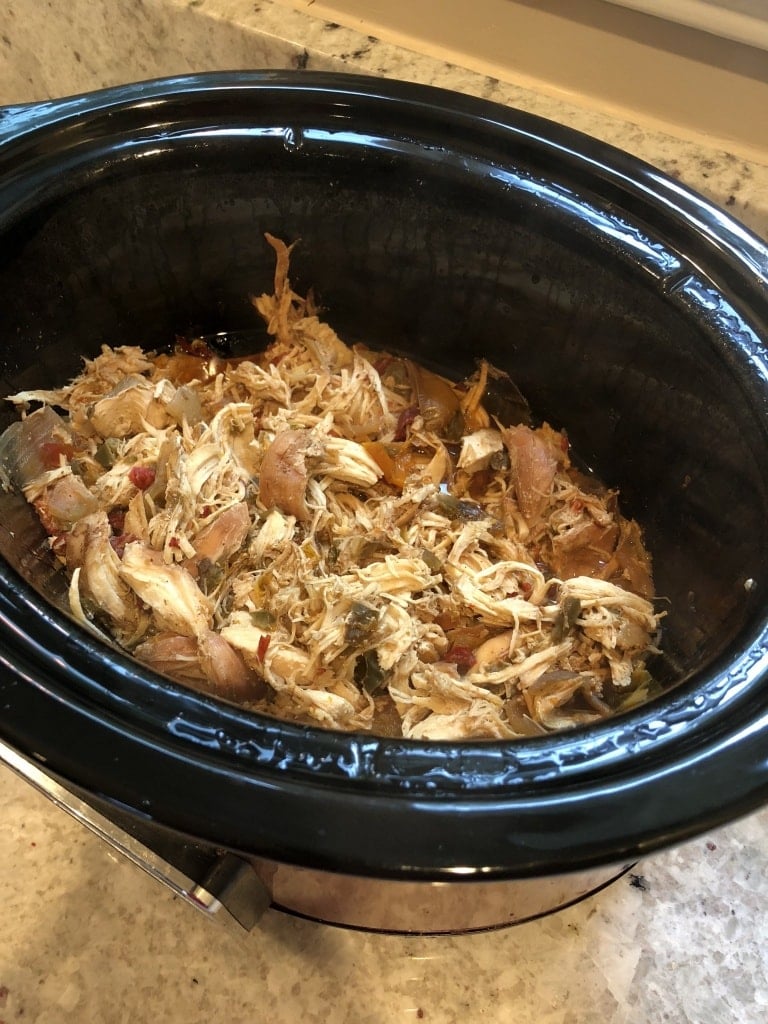 We had the chicken in tortillas with Greek yogurt, guac, and cheese. Plus a beer that I only made it halfway through before deciding I needed to go to bed… I was wiped after a really early wake up and all the travel! I made it until 9 p.m. west coast time (midnight my time), so I felt that was respectable enough. 😉 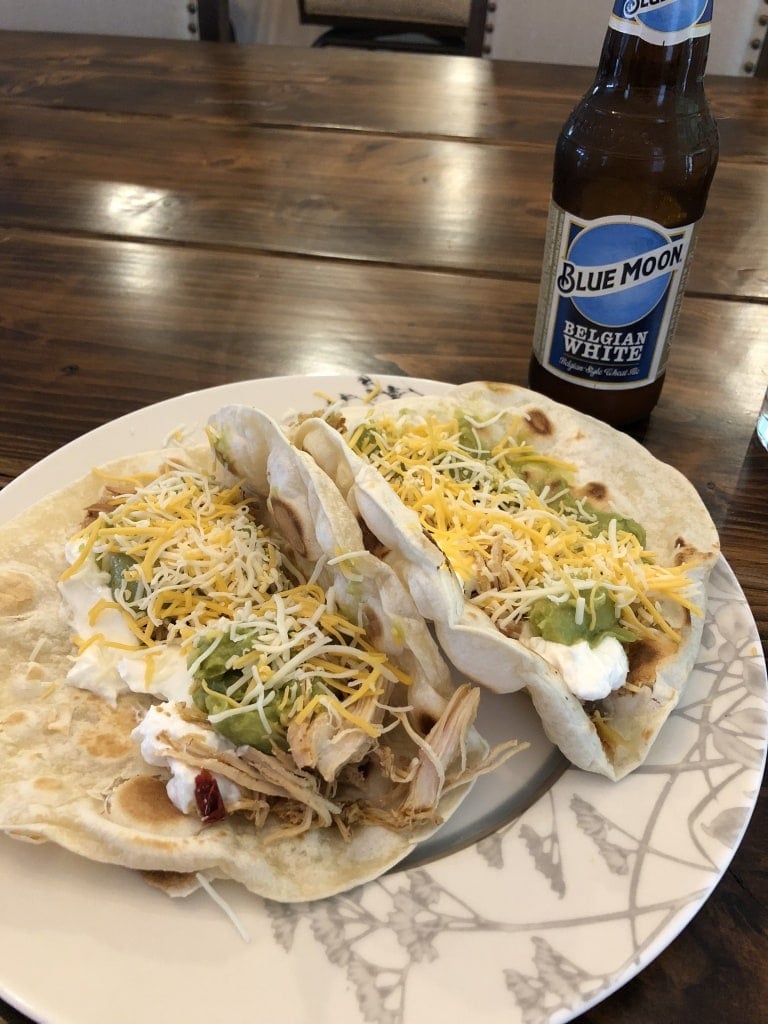 On Friday morning, we grabbed breakfast at a cute place in downtown Anacortes, Mary Ann’s Kitchen, before I had to head back into Seattle to meet up with the Brooks gang. I had an omelette with spinach, avocado, cheese, bacon, and tomato, plus a side of french toast. Yum, yum. 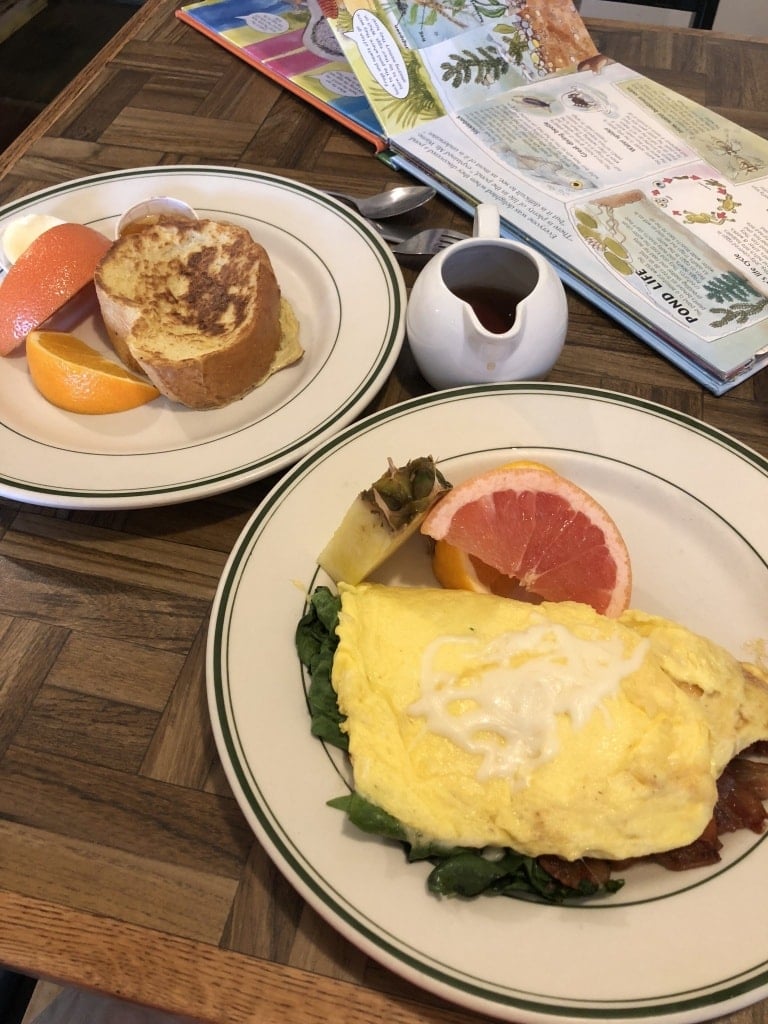 It was such a treat to catch up with Jess and her little girl – long time readers will recognize her as one of my bridesmaids in our wedding; we used to be roommates back in the day in DC in our early 20’s. I miss living near her! So good to hang out with you and your sweet little one, Jess! 🙂 Thank you for having me!

I’ll be back tomorrow to share part 2 of my recap all about the Brooks portion of the trip – stay tuned! 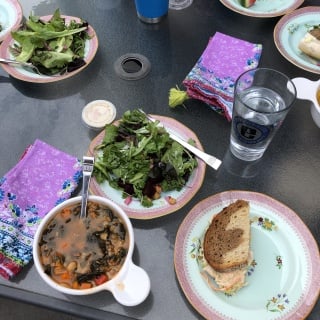 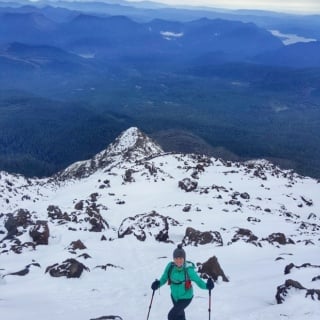 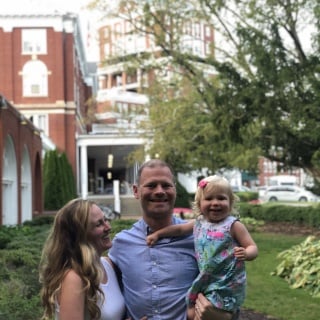 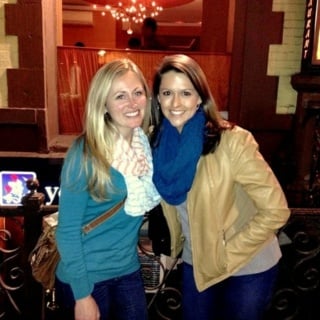