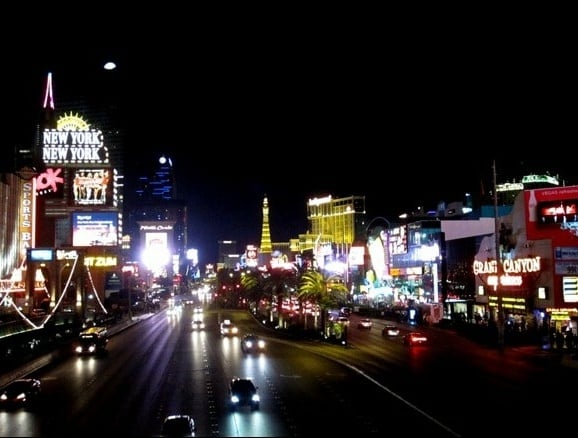 What Happens in Vegas…

…will now be posted on the internet for all to see. 🙂 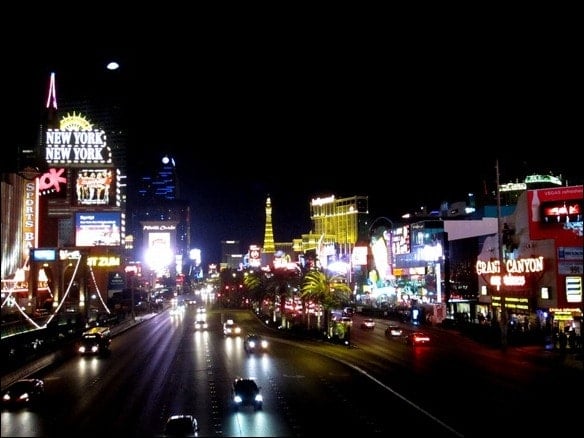 If you’ve never been to Vegas before (this is my first time), it’s QUITE a sight to behold. So many bright lights and crazy cool buildings! It’s kind of like Disneyland in adult form!? 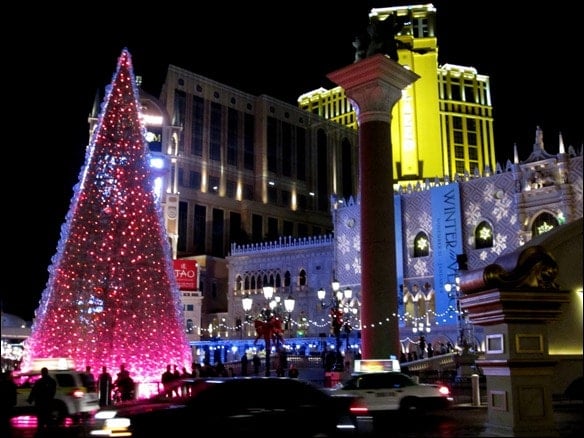 Oh look, the Statue of Liberty! 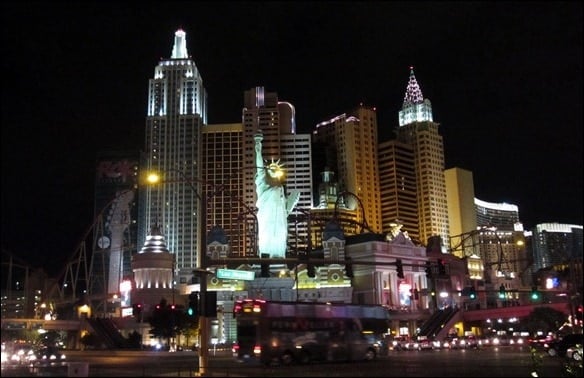 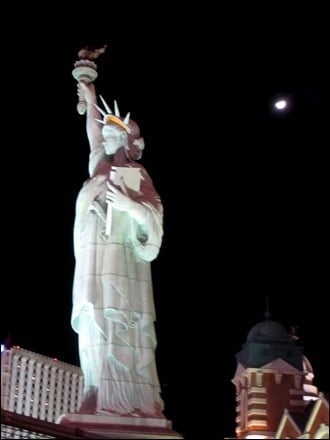 And the Eiffel Tower! (See it in the photo below on the far left?) 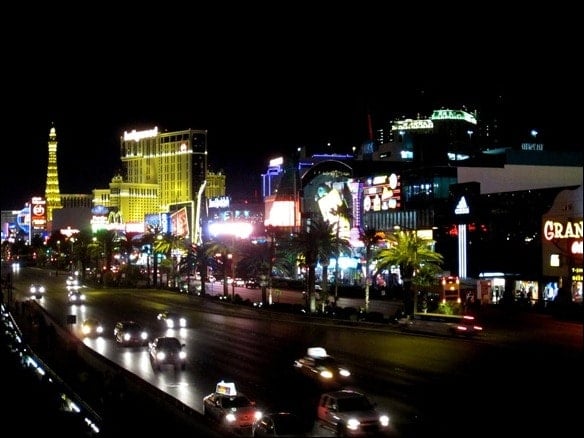 And this cool castle, randomly! It was my favorite. 🙂 Check out that pretty bright moon! 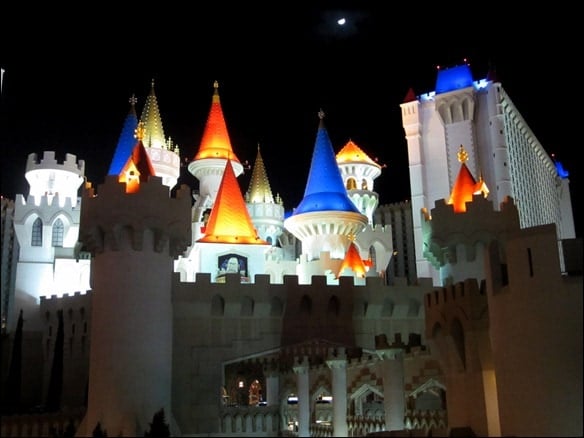 As you guys know, I’m here with Meghann to run the Vegas Rock n Roll “Strip at Night” Half Marathon on Sunday. The race isn’t until 5:30 p.m. and it’s going to be SO cool to run along the strip with all the bright lights.

Meghann and I both arrived in town last night around dinner time Vegas time — which was already nearly 10 p.m. at home, so we were STARVING! We’d gotten a bunch of recommendations to check out Burger Bar, so we figured we’d hightail it there for a quick (and less expensive) dinner.

We both wanted a regular burger AND to try their veggie burger (it was made from caramelized onions, button mushrooms, lentils, green peas, brown and white rice, pumpkin puree, potato, bread crumbs, and mozzarella — how interesting does that sound?!) — so we decided to get both, cut them in half, and share! 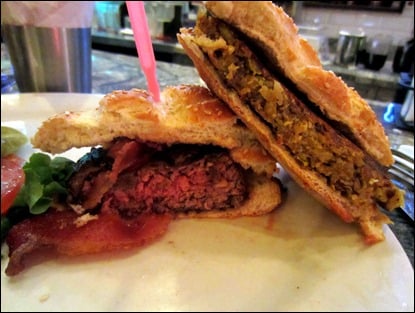 Dear Burgers, You do not photograph nearly as well as you taste.

We pretty much destroyed the burgers in 10 minutes flat because we were both so hungry! The veggie burger was good, but a little soft in consistency — I have to say the real burger won out, hands down. 🙂

We also shared some sweet potato fries — my favorite! 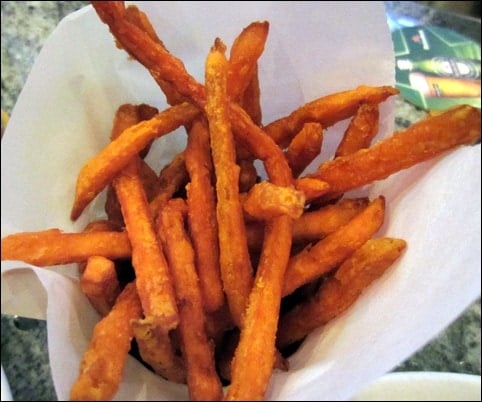 After dinner, we decided: we are in Vegas — even if we have a half marathon on Sunday… we have to go out! Neither of us had been out dancing in forever and since we have the race Sunday, Friday night was obviously the better option. A short beautifying session later, we were ready to rock. Everyone gets SO dressed up here — so we did the same. 🙂 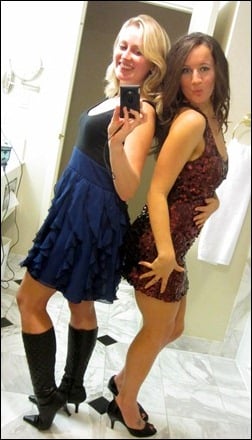 We headed out to a club called Lavo in the Venetian. We got lost about 20 times on the way — the hotels here are SO big and all have enormous casinos that are kind of impossible to find your way out of! I have a feeling that’s on purpose. 😉 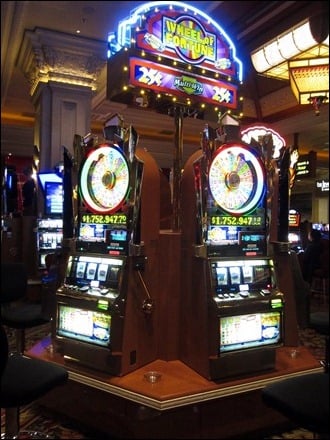 The hotels are all so ornate and decorated, though, so it was fun to explore, even if we were lost. 😉 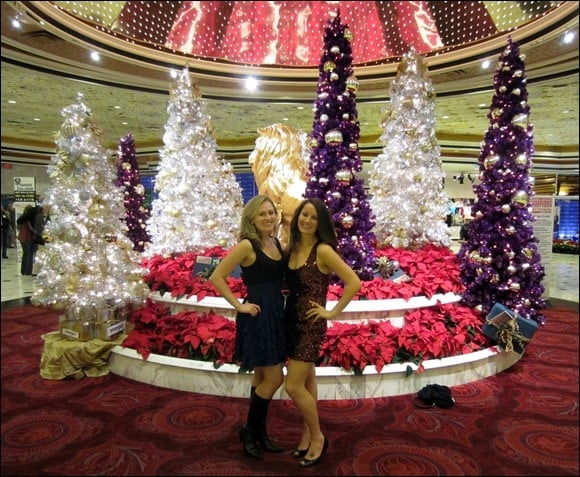 We had a complete blast at the club — the music was awesome (a lot of old school rap from college-era days — my favorite!) and we all had a great time dancing up a storm. We met up with fellow bloggers Michelle and Paula (who live down in FL with Meghann) and their husbands, too! They were fun 🙂 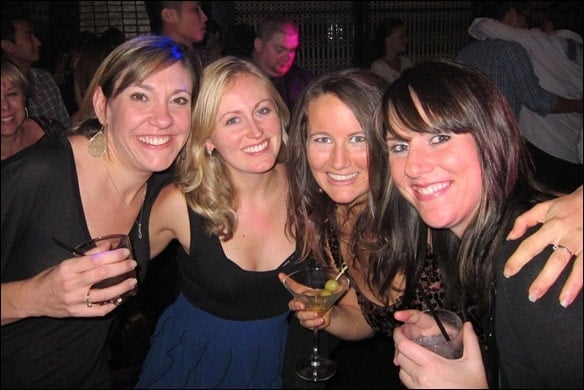 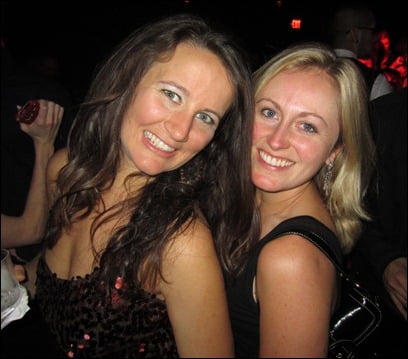 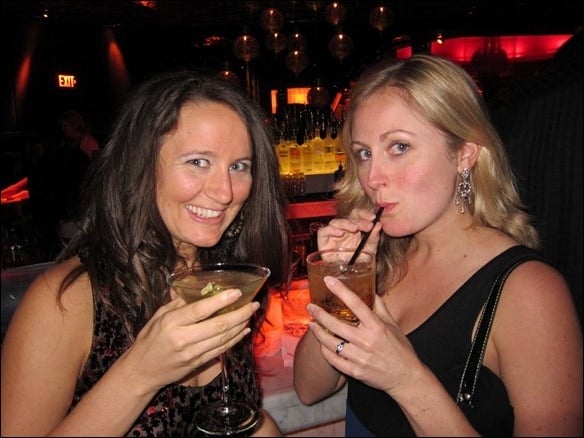 Somehow we ended up staying out until 2 a.m. (5 a.m. east coast time). I have no idea how I was still awake! I never go out anymore and am totally usually the person that’s in bed by like 9:30 p.m., ha. Awesome night. 🙂 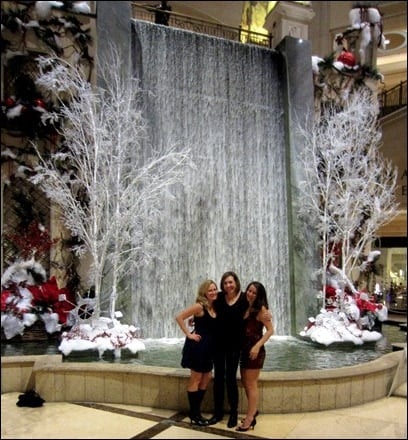 Waterfall in the middle of the hotel lobby? Obviously.

Meghann and I are going to get cleaned up and head out to explore! I’m excited. There’s so much to see and do here. We’re thinking of going to a show tonight — gotta rest our legs for tomorrow! 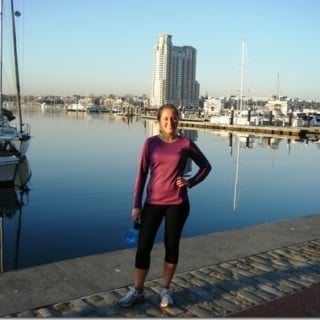 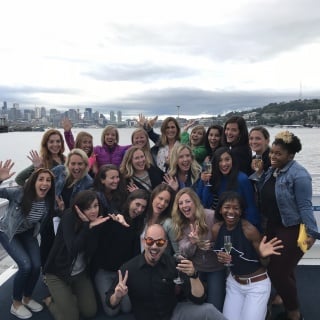 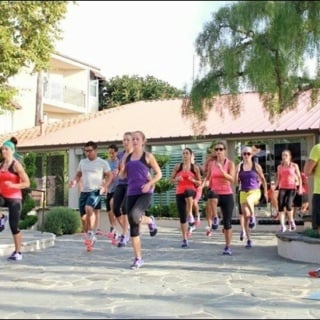 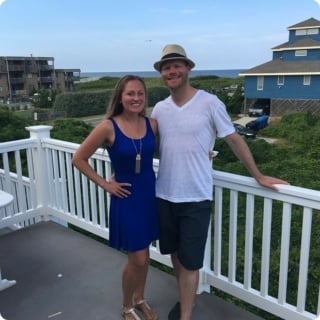