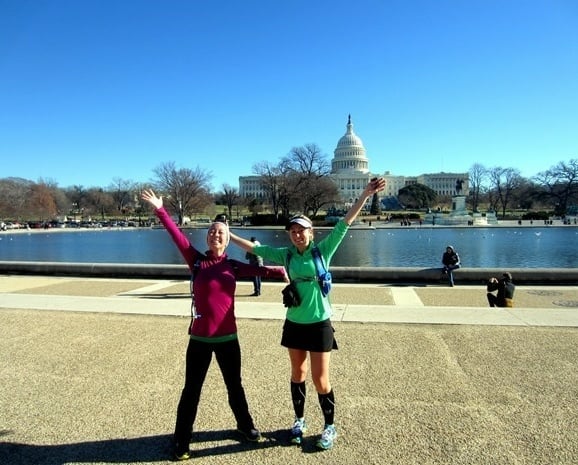 On Saturday morning, I led my high school BFF Jenny and her husband Dan on what I called my “greatest hits” running tour of DC – a 14 mile route that included nearly all of my favorite running spots/loops in the area. What a fun way to spend a Saturday morning! 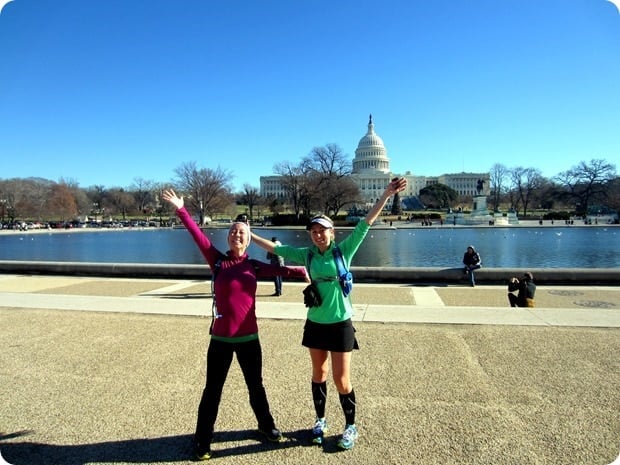 Jenny and Dan were originally planning to head back to Georgia (where they live right now for Dan’s medical residency) on Friday, but Jenny had a 14 miler on the docket for marathon training and I convinced them it would be worth their while to stay and run it around DC with me instead! 🙂 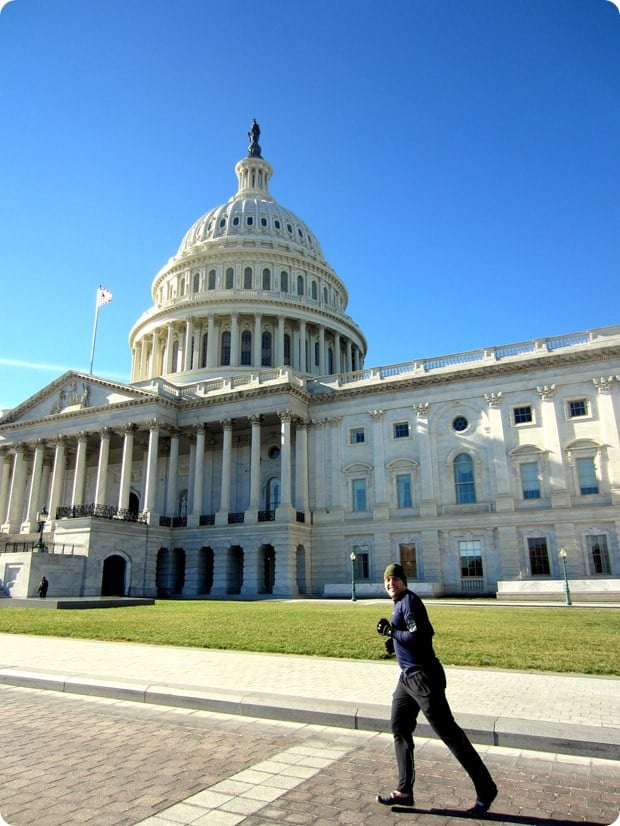 The weather cooperated beautifully and DC was showing off its very finest blue sky for the occasion. 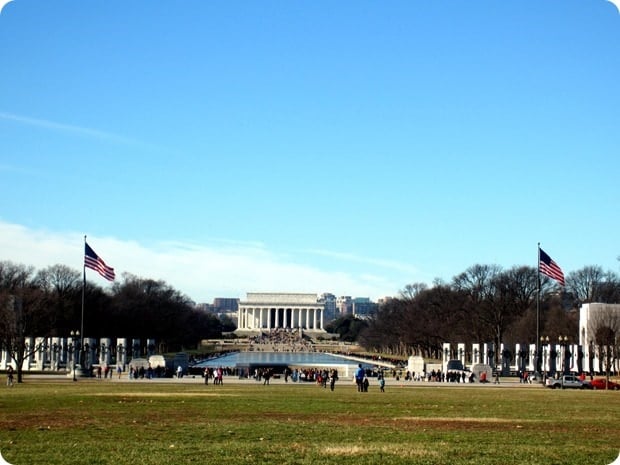 14 miles was a new distance record for Jenny, as this spring will be her first full marathon (she’s doing the Atlanta Marathon in March, and Dan will be running it with her to pace her). She was nervous about the distance, so I wanted to make sure our running route was as awesome as possible. We’ll make it fun, I told her – don’t be nervous! 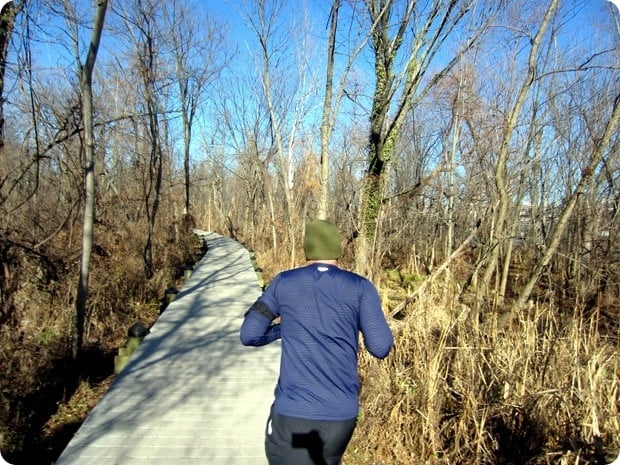 I mapped us out a big loop that incorporated nearly all my DC favorites (with the exception of Rock Creek!) and we kicked things off at my apartment, heading down towards Rosslyn and the Mt. Vernon Trail, which we picked up right by Key Bridge. 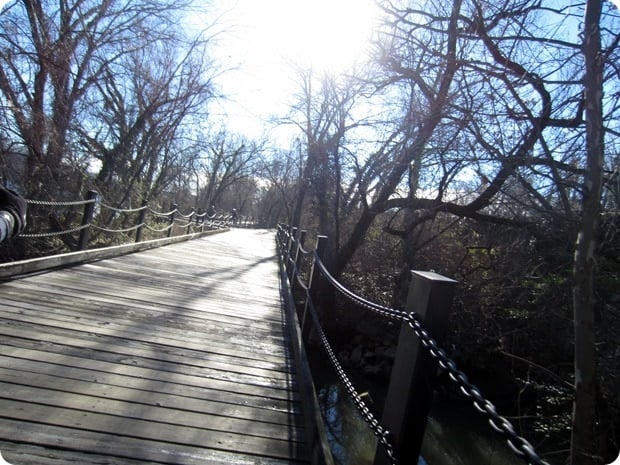 Every time I run on this trail I’m reminded how lucky I am to have easy access to such beautiful running areas! 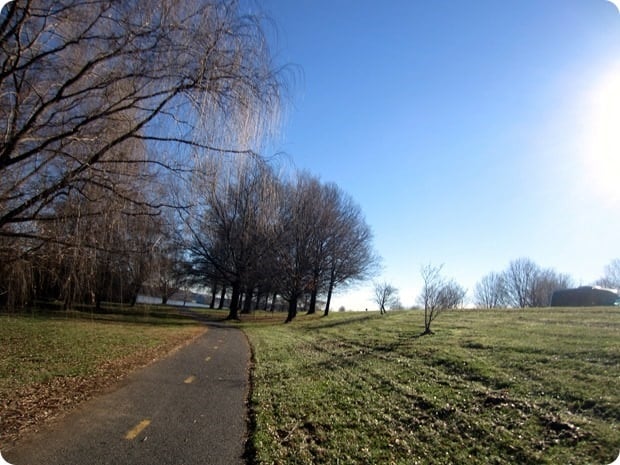 Once on the trail, we chatted away, enjoyed the views, and settled in. For pace, Jenny said she wasn’t sure she could do faster than abut 10:30 minute/miles – but I knew she could, especially with nice views and distracting conversation. We settled in comfortably around 10 minute/miles and she said she was feeling good. I was so proud of her!

After running along the water for awhile, we reached Memorial Bridge, which we ran over towards the National Mall/monuments. 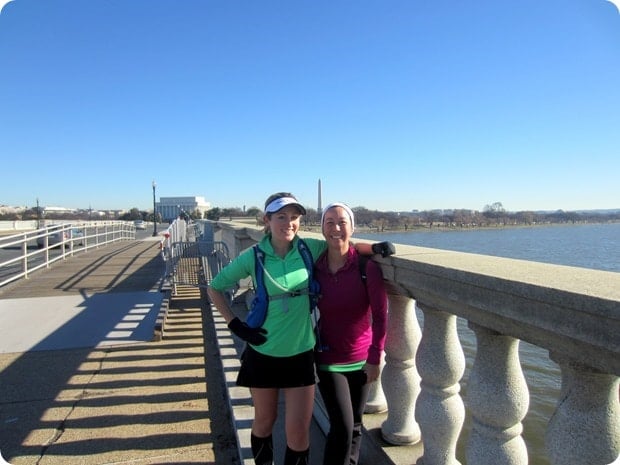 We ran past the Lincoln Memorial and down along the reflecting pool – another favorite running area of mine. 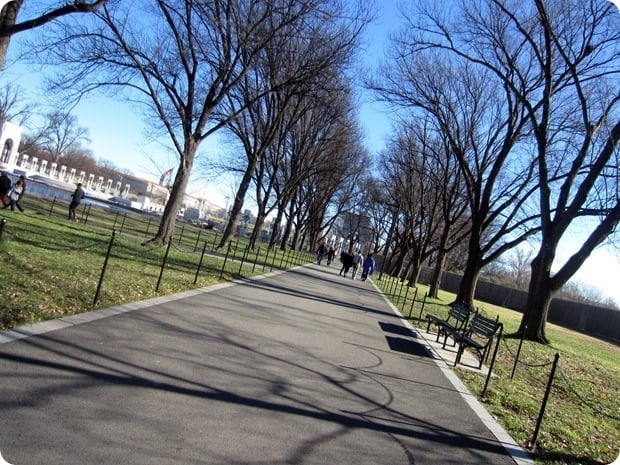 I also busted out a mocha Clif Shot Gel around this point. (We shared some Cytomax Energy Drops along the way, too, and I wore my Nathan HPL Hydration Vest and lent Jenny my CamelBak.) 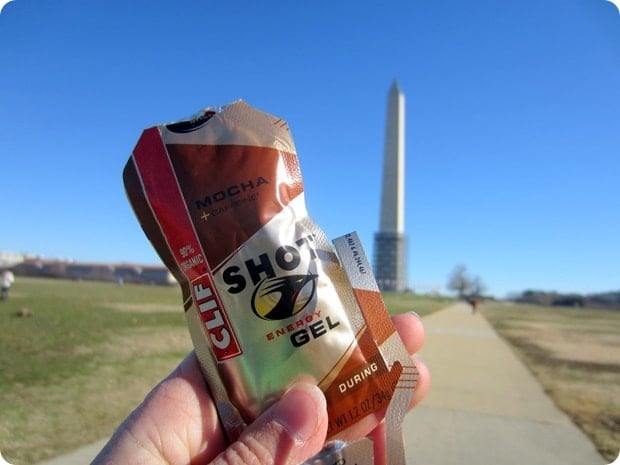 We passed the Washington Monument and ran down the mall all the way to the Capitol. 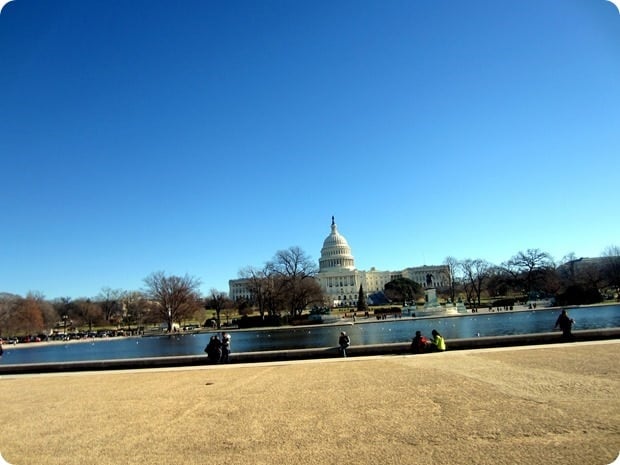 Once there, we did a loop around it to make sure to enjoy all the beauty. 🙂 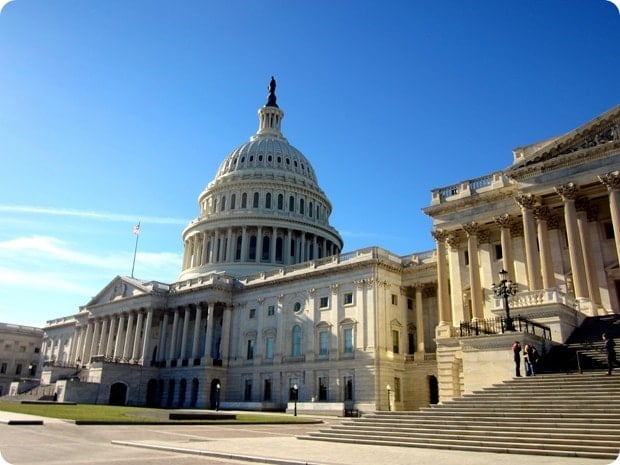 And then ran back along the other side of the mall. Hey, Smithsonian! 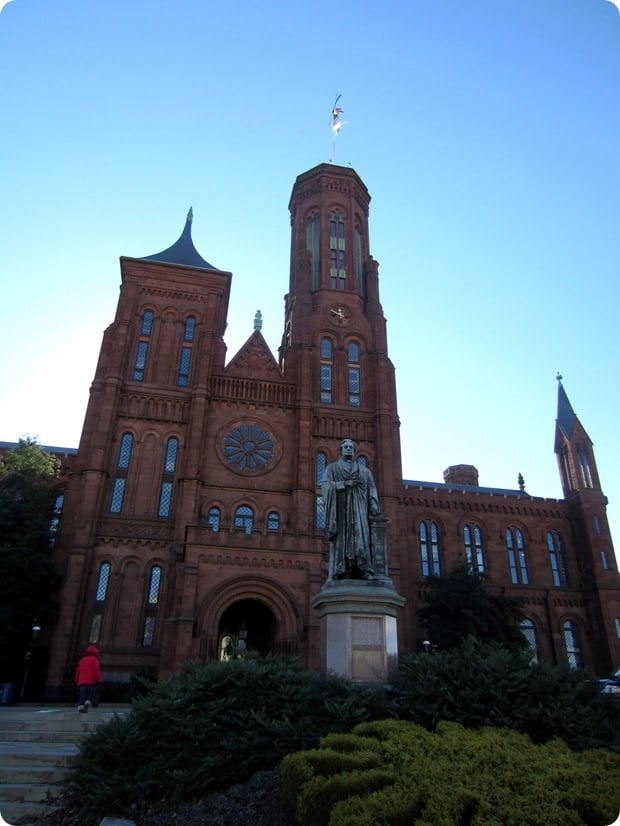 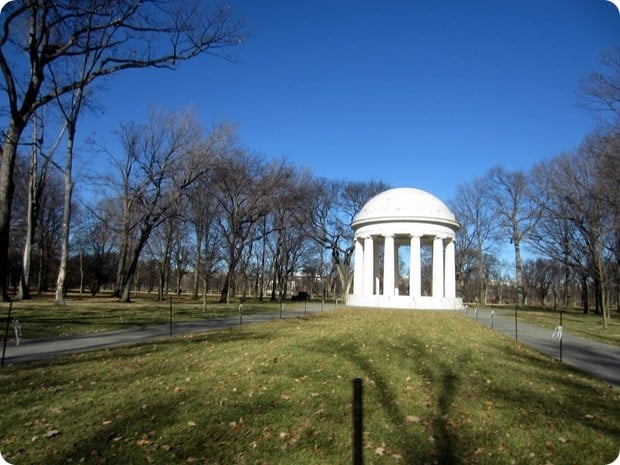 We stuck to the left side of the mall and then crossed over the street to see the MLK Memorial and to run around the tidal basin, another favorite run route of mine. 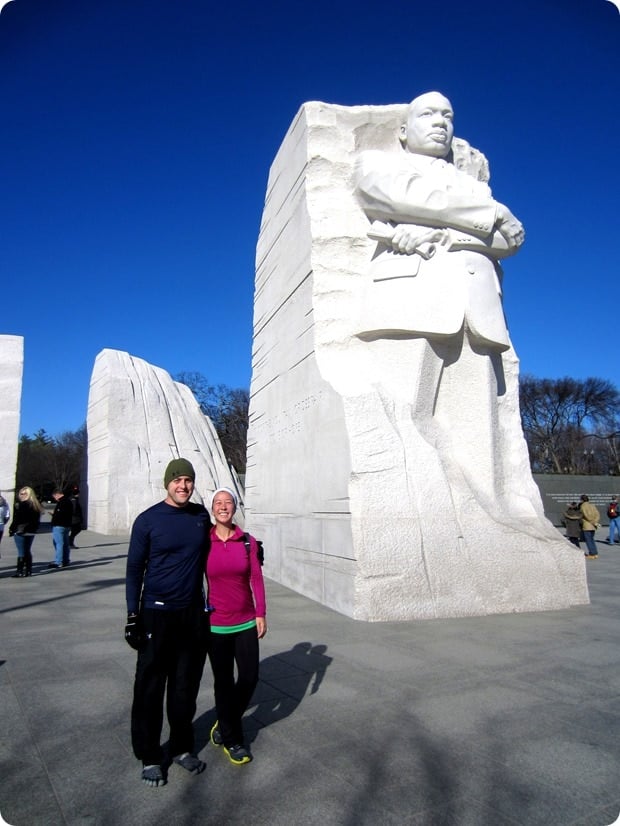 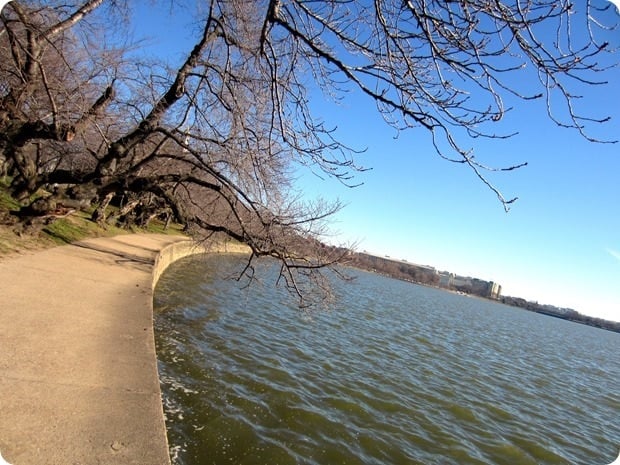 We ran all the way around it to the Jefferson Memorial. 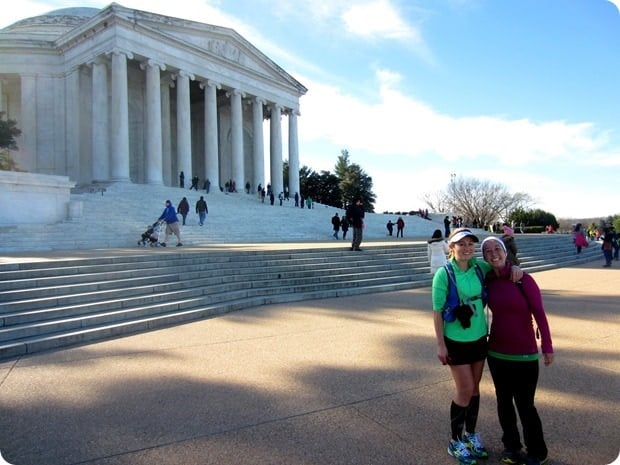 We need to work on our Washington Monument leaning photo skills. 😉 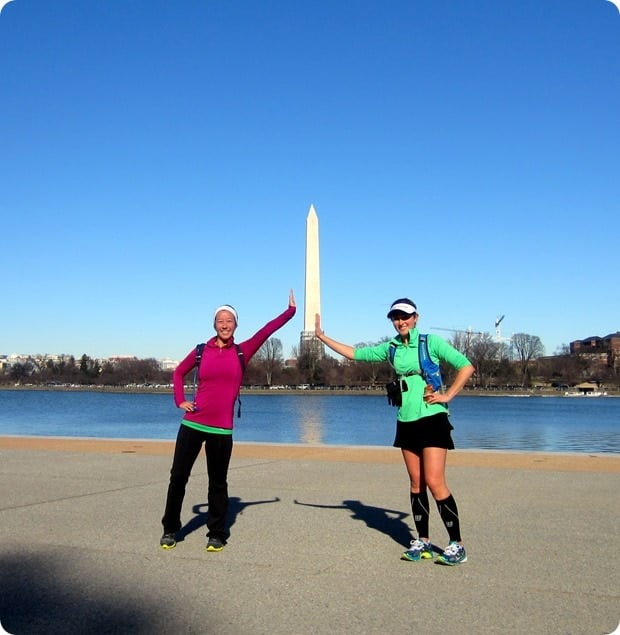 We took a loop around Jefferson (which I’d actually never done before – pretty!): 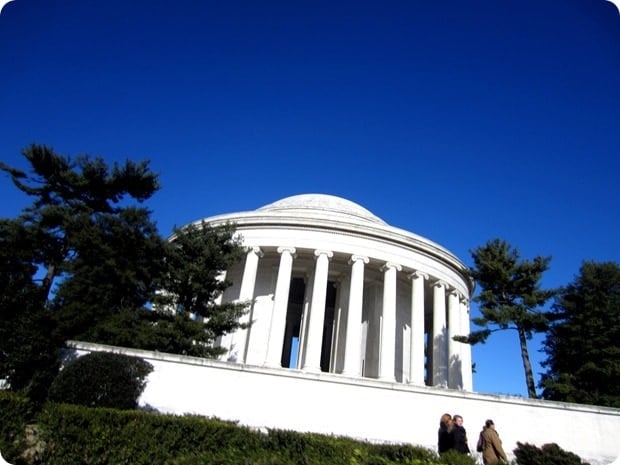 Ran around the rest of the tidal basin back to near where we started, then jumped off onto Hains Point, running back towards Memorial Bridge. Jenny was still looking and feeling strong – so proud of her! 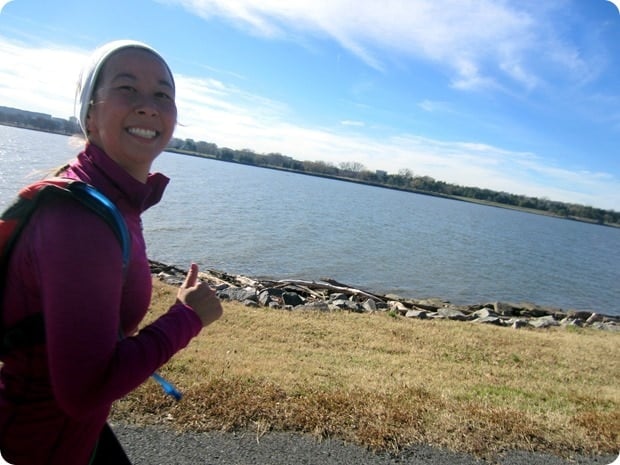 We ran back over Memorial Bridge a little while later and back down onto the Mt Vernon Trail, running north back towards Roosevelt Island, which was to be our final stop on Anne’s “DC’s Greatest Hits Running Adventure Tour.” 😉 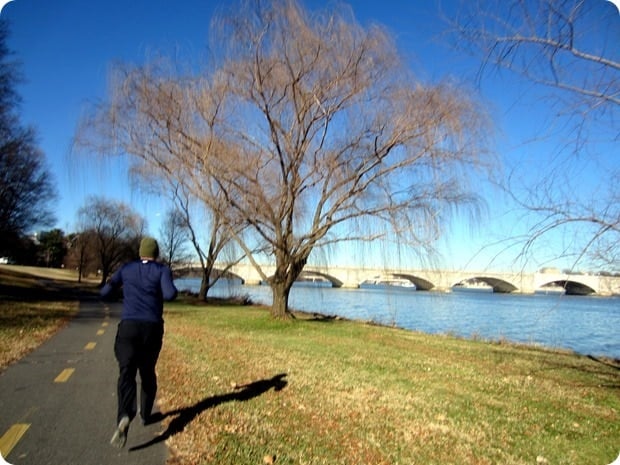 Jenny hadn’t run on Roosevelt Island before – I was happy to introduce her to it! 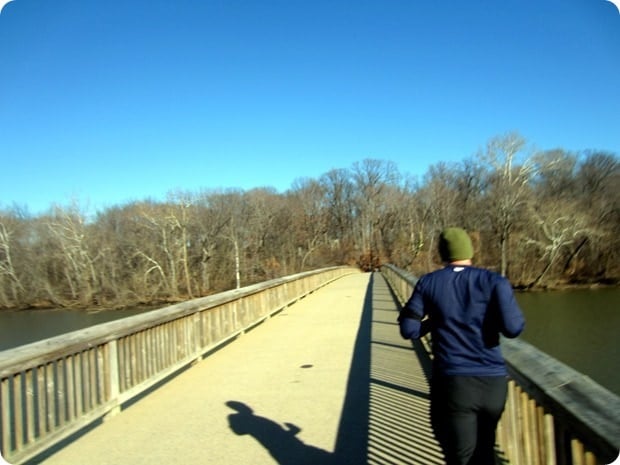 We were almost to mile 13 by this point. So close! 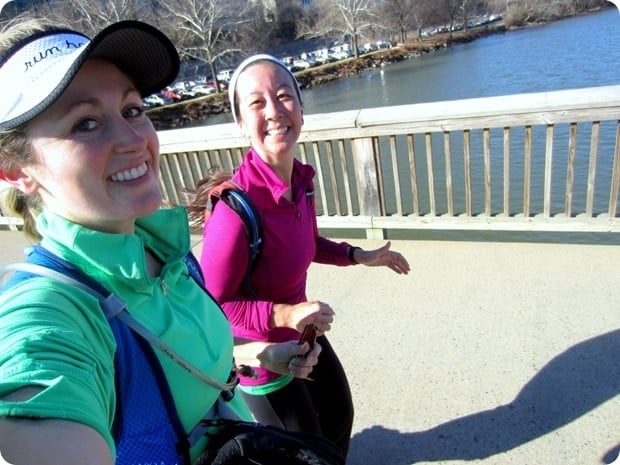 I love running Roosevelt Island – I hadn’t been on it since summer I don’t think since it’s usually too dark out there in the early winter weekday mornings. 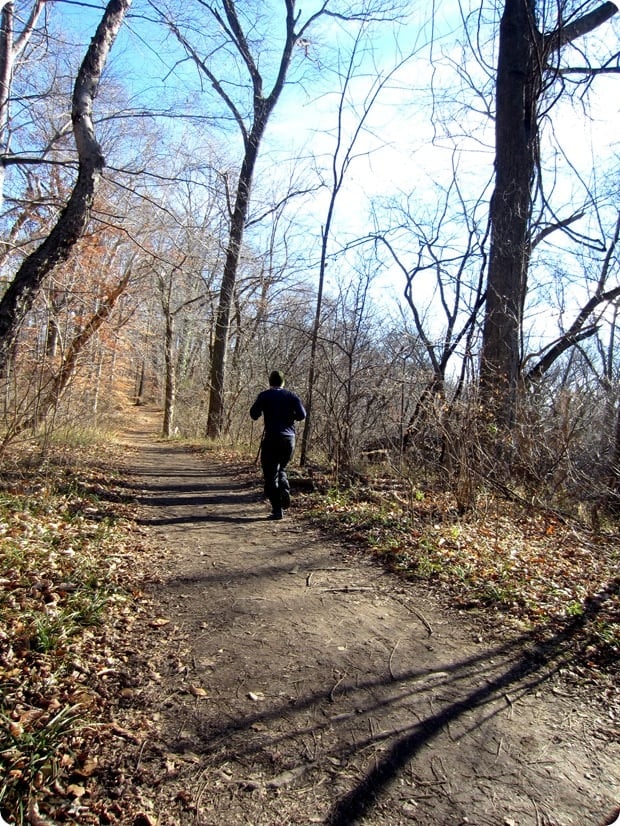 When we crossed the bridge, we headed to the right and did a big loop around it. We stopped when Dan’s watch (I totally forgot to wear mine – good thing I’d already mapped out the route!) hit 13.1 miles, to commemorate the new distance record territory for Jenny! 🙂 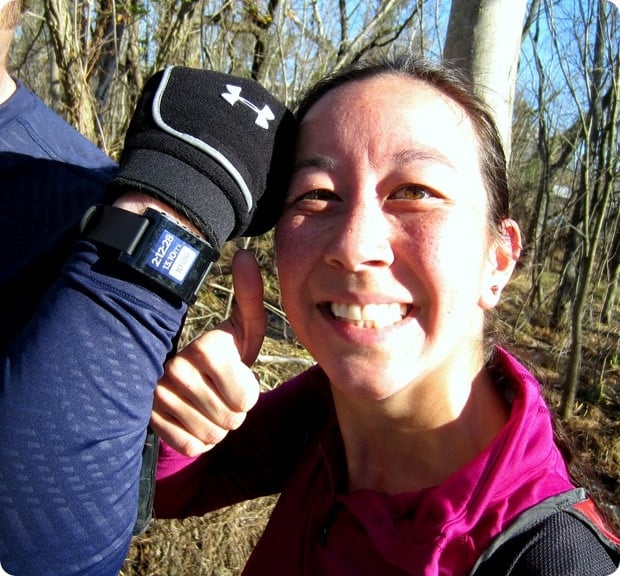 Just after finishing our loop and exiting the island, we sprinted out the final 0.2 miles (love doing this – ends the run on a high note!) and reached our goal: 14 miles! 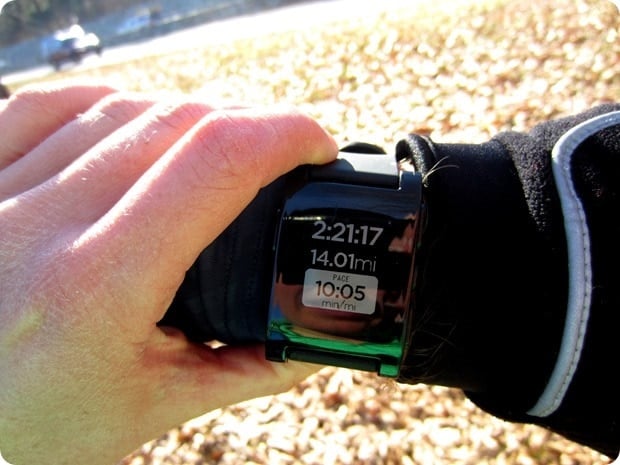 Woohoo!! A new distance record for Jenny. SO proud! She rocked it – much faster than she thought she could do it, too! 🙂 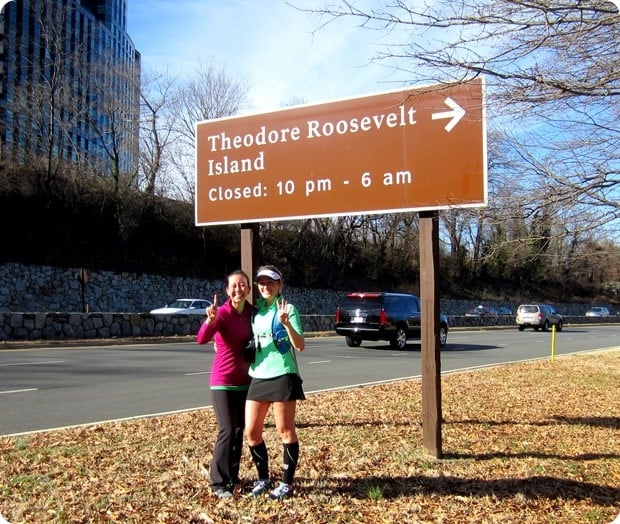 What a fun way to spend a couple hours on such a beautiful winter Saturday. 🙂 I’m so glad they were able to stick around a few extra days for this run! It was a good challenge and a lot of fun for me, too. Nothing better than your best friend, a beautiful day, and gorgeous views, huh? I hadn’t done a run longer than 8 miles since since my own first full marathon – the Richmond Marathon last month – so it felt great to get back out for a longer loop again and I was pleased I felt good the whole time, too. 🙂 Stay tuned, btw – I have some exciting running-related news coming up soon!

Have a great day, everyone, and happy almost New Year! 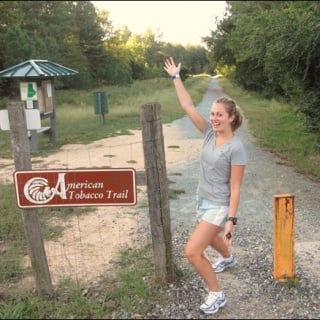 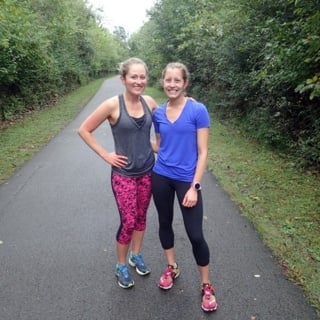 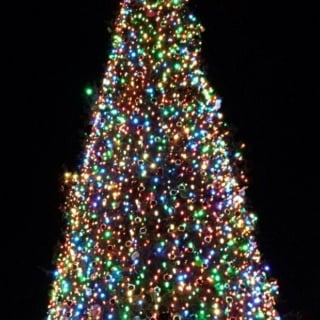