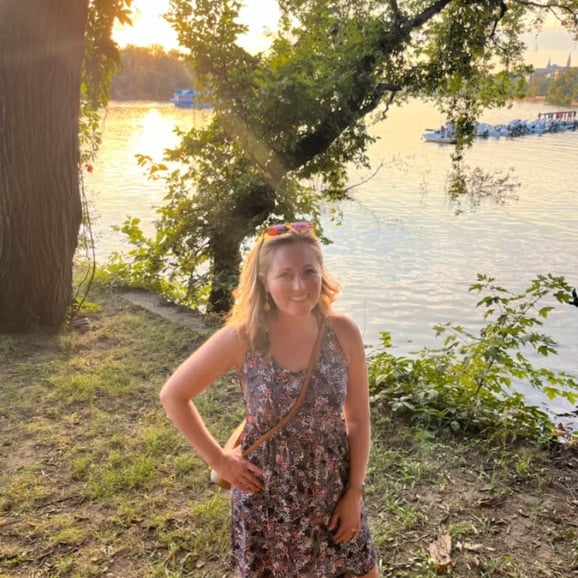 All the Birthday Things

Hi friends! My birthday was earlier this week – I’m officially 40! WOW. Not sure how that happened. 40 feels much older than 39 to me…

Birthday celebrations kicked off last weekend with a party! A neighbor friend hosted a backyard party for our neighborhood group; it was a joint party for both me and Matt since his birthday was in July and was also the big 4-0.

It was super lovely and so kind of them to throw it for us! We lucked out with great weather, too. 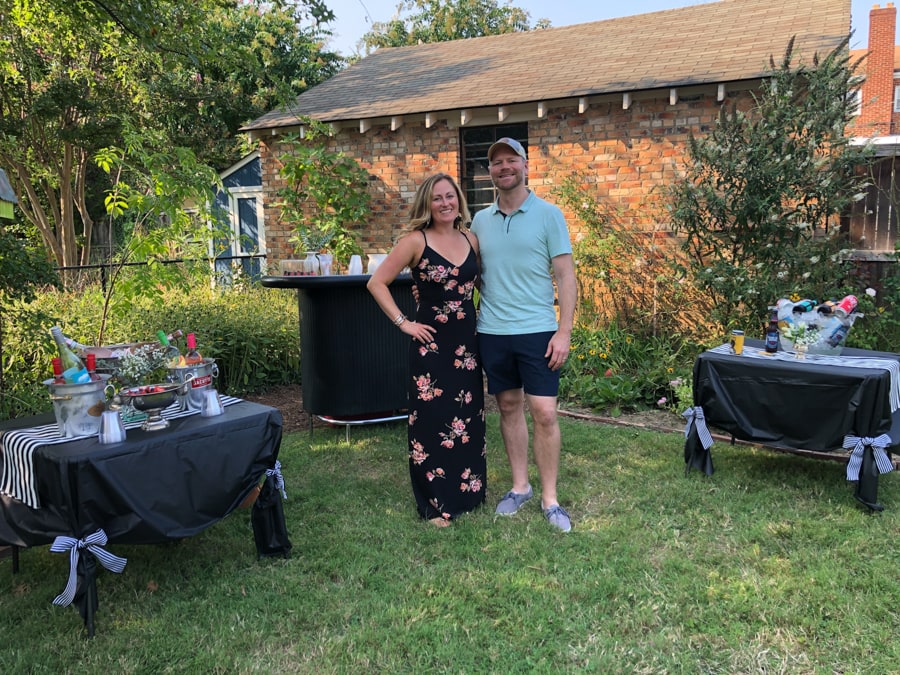 The celebrations continued on Tuesday, when my mom took me out for a birthday lunch (a day early since we didn’t have childcare during the day on my actual birthday, and wrangling Wes at a fancy restaurant did not sound like a birthday treat)! 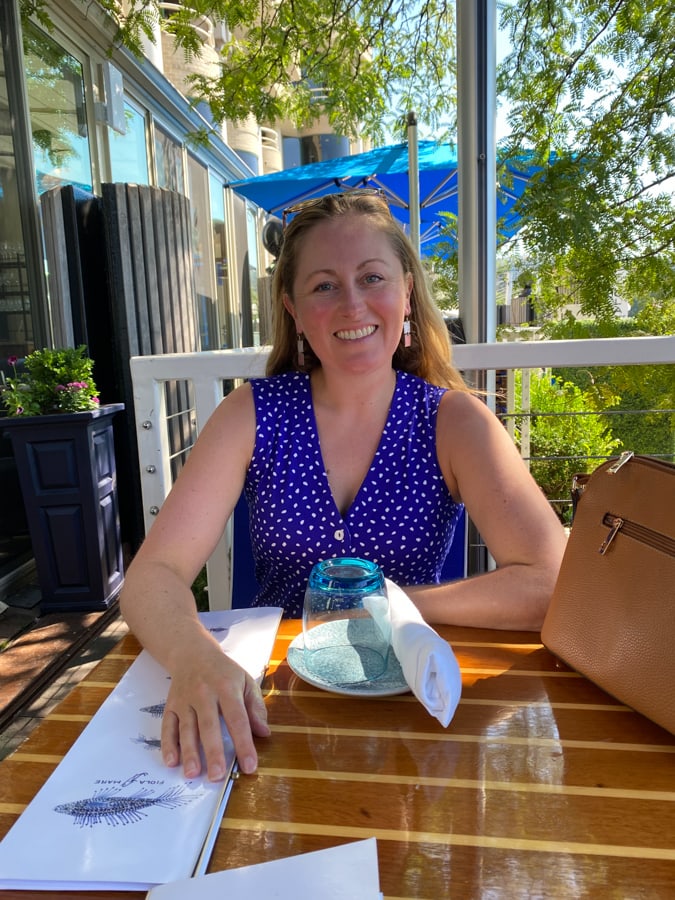 I requested we go to Fiola Mare, a seafood restaurant on the water in Georgetown that’s one of my absolute favorite restaurants in DC. It’s quite expensive so really nice for a special treat!

The food there is SO GOOD. I started with some oysters (I know, I’ve been on an oyster kick lately!). Theirs were phenomenal – super plump and flavorful.

My mom doesn’t like oysters, so, more for me. 😉 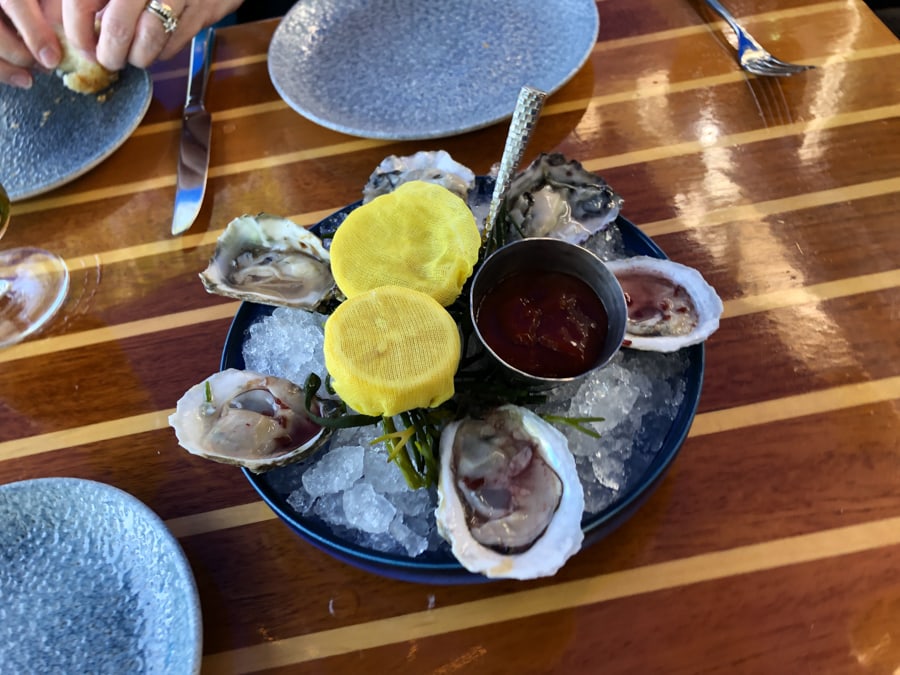 Then we shared a few appetizers. 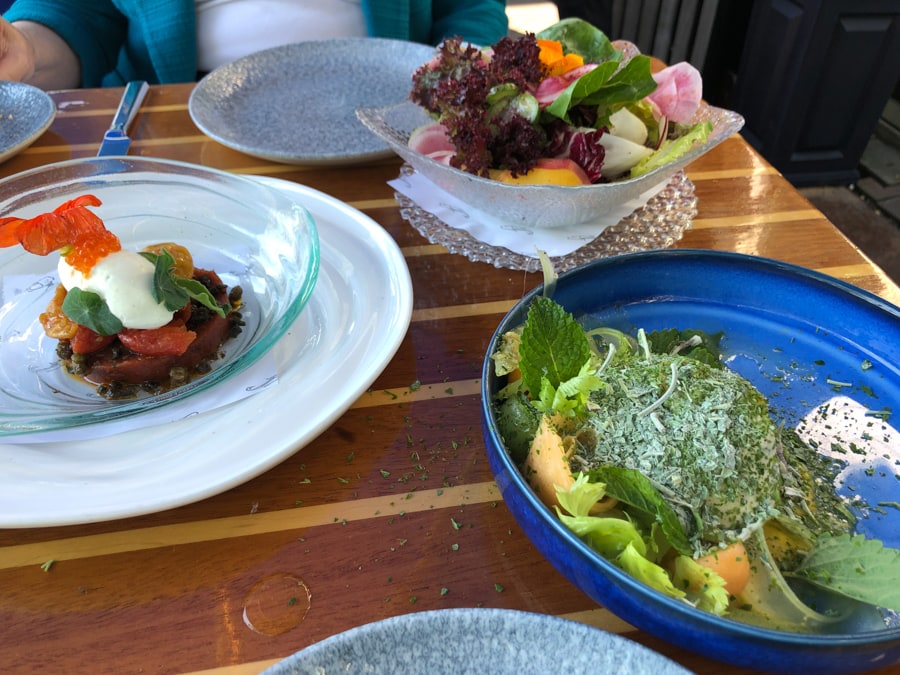 The tuna tartare was the only dish I didn’t love. It was too spicy and too mushy/chopped – almost like the inside of a spicy tuna roll kinda situation… I prefer it more large diced.

But the rest was great – the salad was really fresh and crisp and I loved the dressing, and the burrata with “nitro pesto” had a really cool presentation – they came table-side and used dry ice to flash freeze the pesto before putting it on top of the burrata and melon – how neat is that?! Very unique! 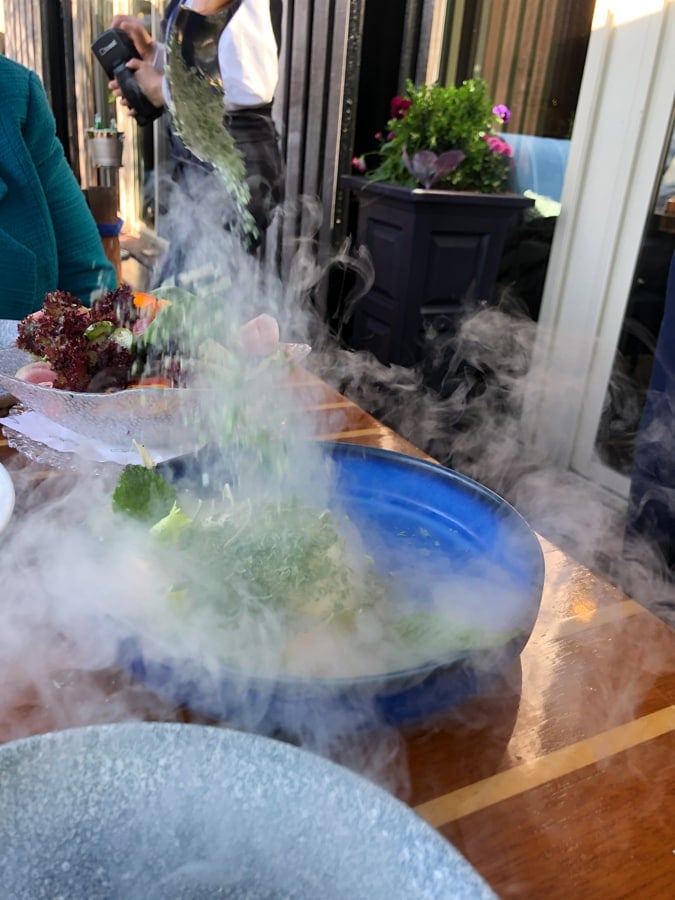 We shared two entrees as well – the branzino and the lobster ravioli.

Both were really delicious and beautifully presented too, like a work of art! Love edible flowers. 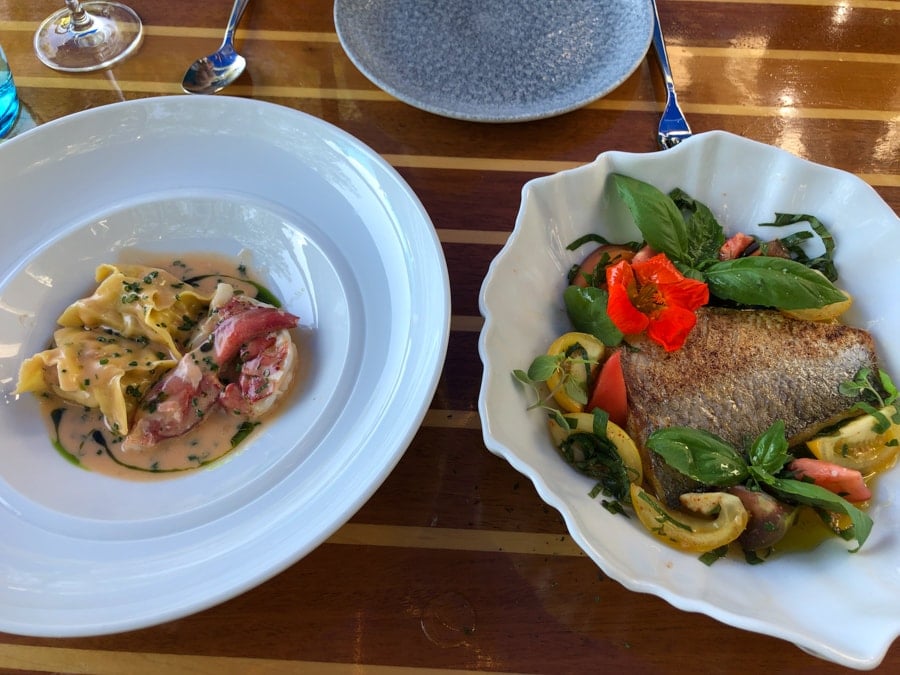 For dessert, they brought a special mini cake for me. 🙂 Plus the donuts we ordered which were also delicious. I always love donuts! 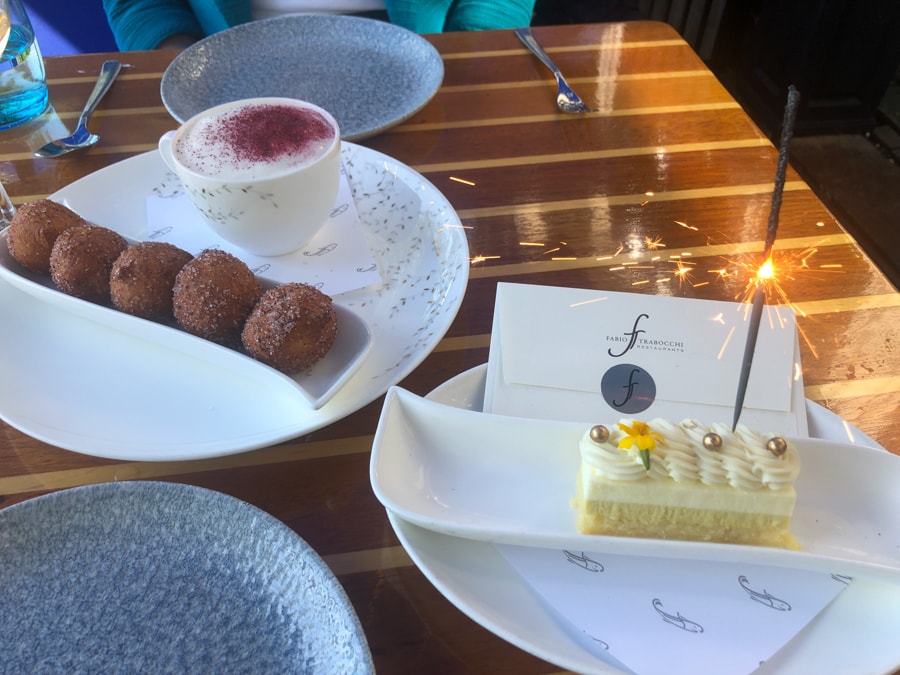 Such a treat of a lunch on a beautiful day. Thank you, mom! It was nice to get to spend some one-on-one time together, since we don’t do that often anymore!

On my actual birthday on Wednesday, we had a pretty normal day. I was home with Wes, so we did the playground and such after dropping Riese off, and I went to a lunchtime yoga class which is my normal routine since Matt works from home and Wes is asleep during the class time.

That evening, though, we had a sitter come, and Matt and I had a big night: we went to go see Hamilton at The Kennedy Center!! 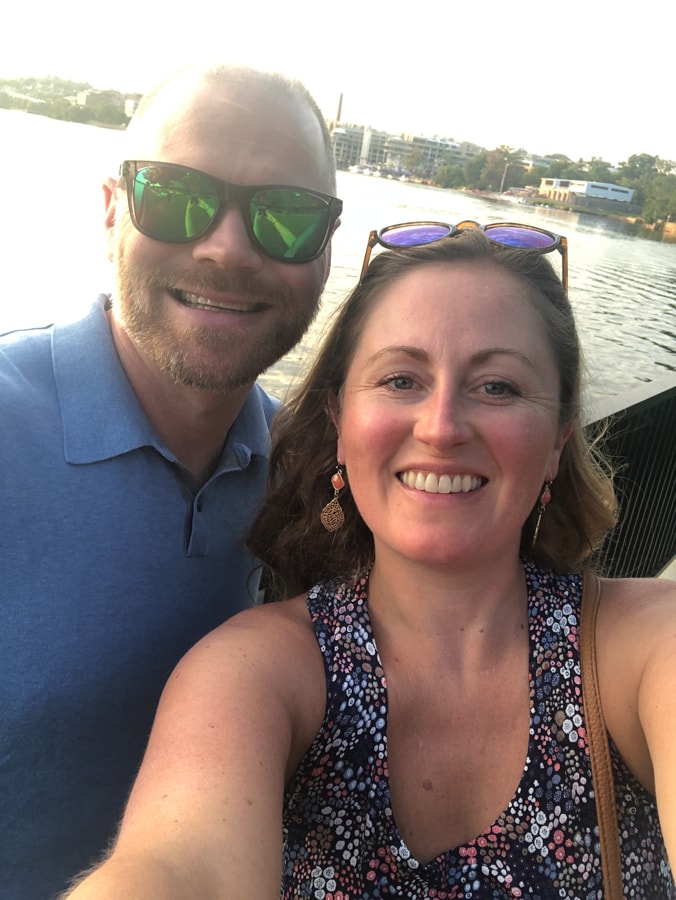 When I saw Hamilton was going to be on tour here during my birthday, I immediately purchased tickets and forwarded Matt the receipt and said: “happy birthday to me – here’s what we’re doing on my birthday this year!” A win for both of us!

We watched the filmed version of Hamilton that came out on TV awhile ago, and after that frequently listened to and became very familiar with all the music. It was such a cool experience to go to a show were I knew ALL the songs super well and really understood what was going on in each scene.

The singing was all incredible and it was an awesome performance. Highly recommend!

Before the show, we grabbed a quick dinner at Nick’s Riverside Grill on the Georgetown Waterfront, since we knew we could walk to the Kennedy Center from there via the waterfront path.

Nice night for it! We had a front row seat of all the various crew practices out on the river. 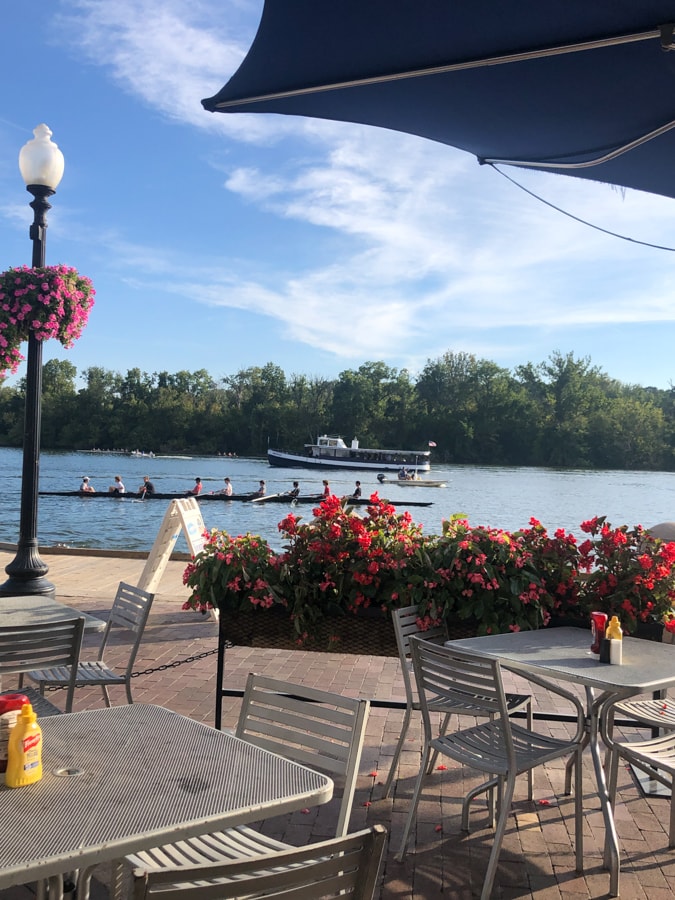 For dinner, I had a salad with a crab cake on top – their crab cakes are really delicious. We also shared some unpictured fries which were just so-so. 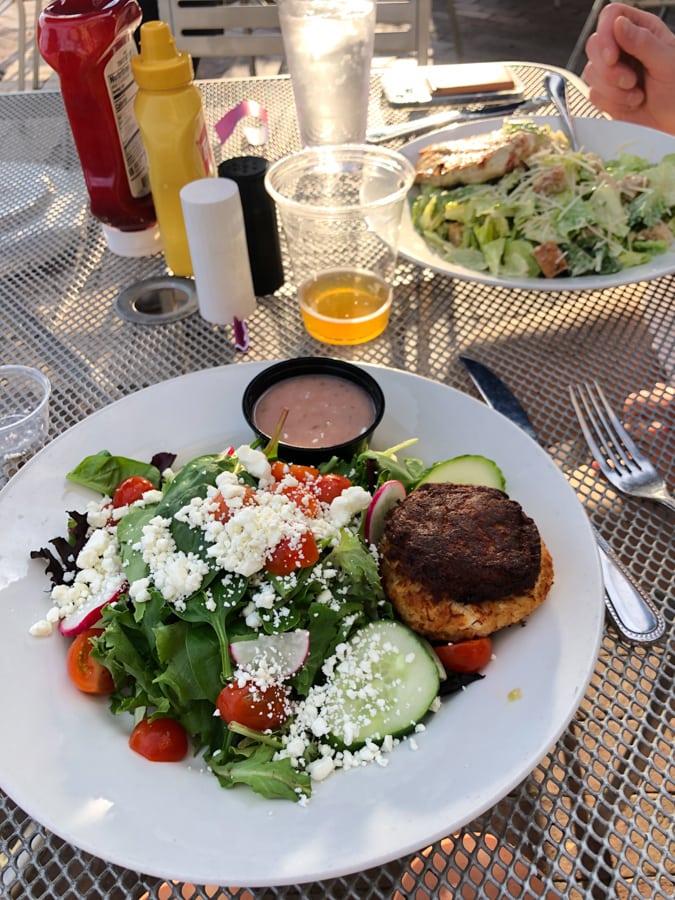 Then we took a nice walk along the water to get to the Kennedy Center! The sun setting was beautiful. 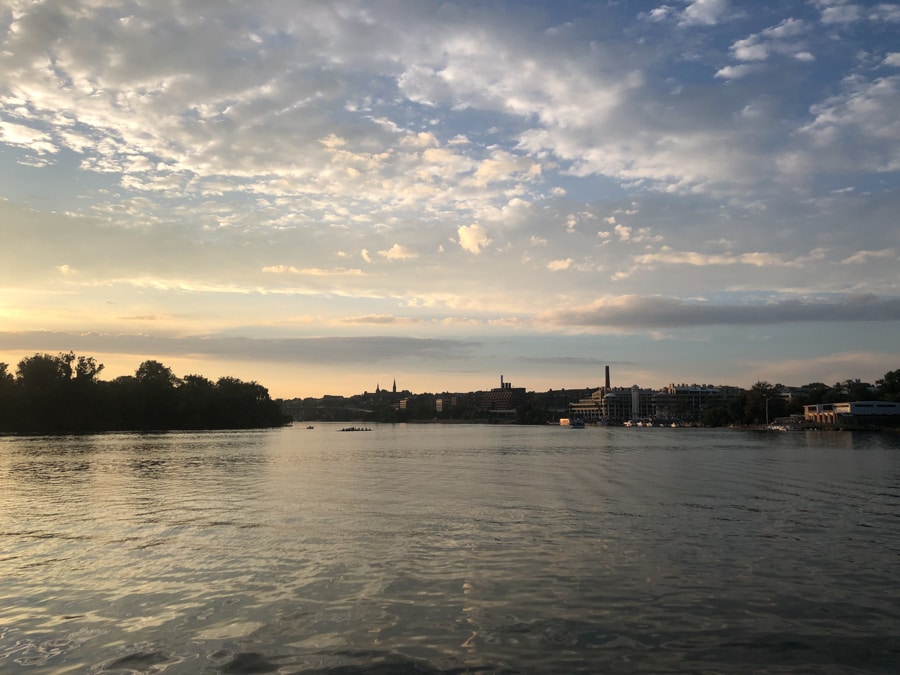 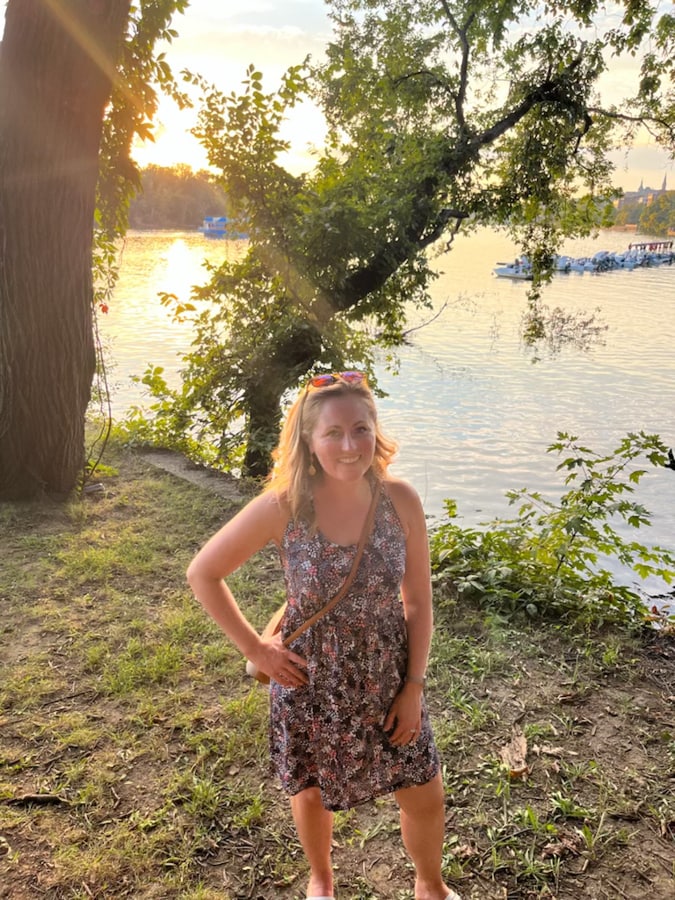 Such a lovely week of celebrating. Matt and I have one last adventure planned for this weekend – we’re going to do a little hike + winery date. I’m excited about it!

Have a great weekend, friends – catch you back here on Tuesday. 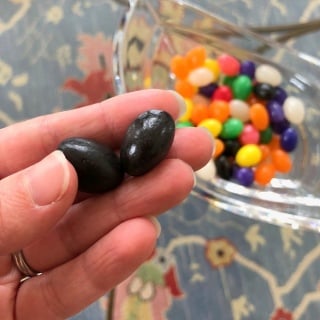 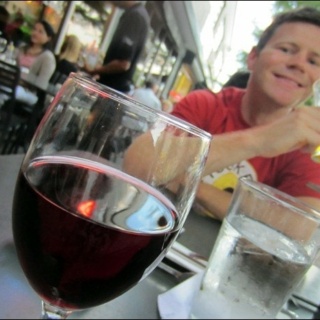 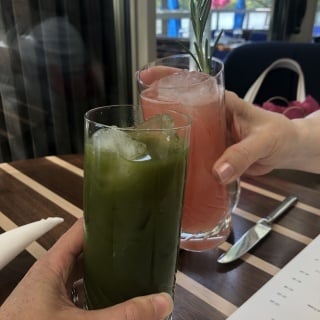 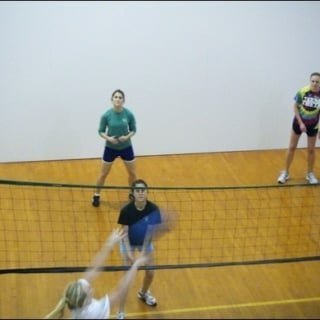 Walleyball Fail and a New Bike!