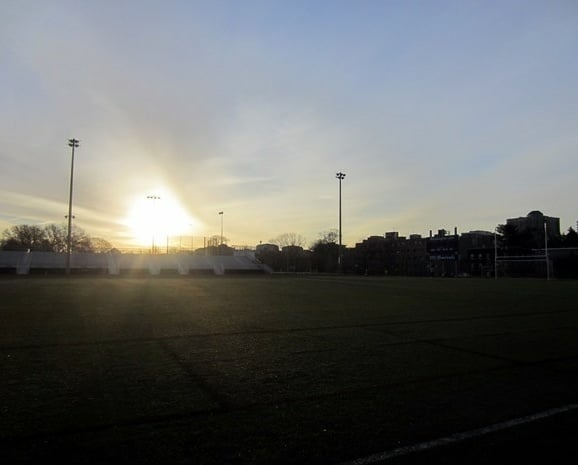 Back to the Track + Recent Eats

Guess what? I FINALLY made it back to the track this morning! Between all the travel I’ve been doing and all the snow/ice we had over the past month and a half, I hadn’t been to the track for my Potomac River Runners group in wayyyyyy too long. I skipped last Thursday and this Tuesday because of the Rock ‘n’ Roll DC half marathon, but I decided it was time to get back into it today! 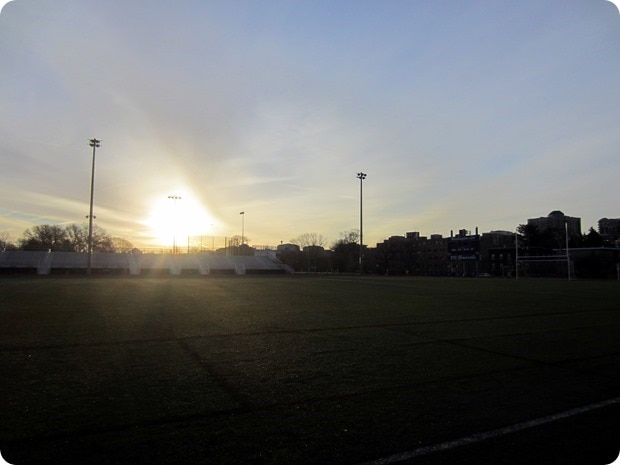 I couldn’t find my Garmin this morning (thankfully I found it later – I was worried I might have left it at the race on Saturday!), so I don’t know exactly far I ran, but I’d say about 4 miles total including the warm up/cool down.

For today’s workout, we did two 10 minute lower threshold runs around the track – I did mine around an 8:40 pace. Then, we did some 200’s at a faster pace. 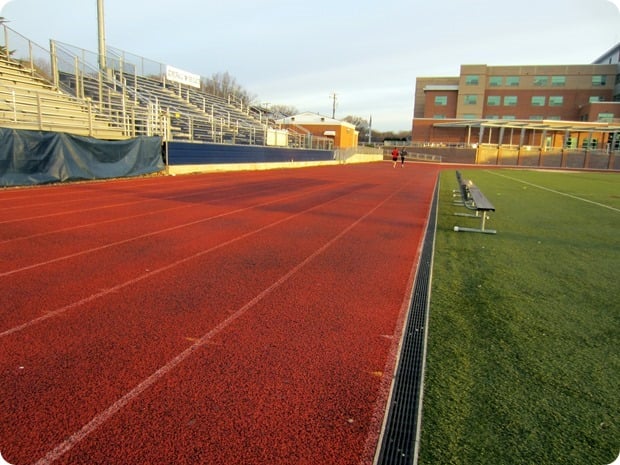 I’ve been having some soreness/tightness in my lower back since Saturday (I think being so cold/tense after the race really tightened it up, and it spazzed out later on once I got home)… hoping with some foam rolling and the massage I’m getting tomorrow (yesss) it will sort itself out. It felt fine today once I warmed up! I took this week nice and low key – easy walks on Sunday and Monday, a swim on Tuesday, and this yoga DVD at home yesterday. Felt nice to get back into it today! I’m actually going to yoga tonight, too, which should feel good. 🙂

On the breakfast front this week, I tried a new-to-me product that I bought at Whole Foods recently – this frozen Engine2 grain blend. 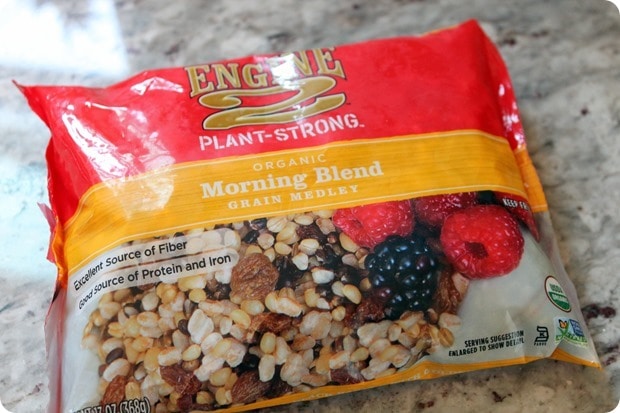 I mixed it with a couple tablespoons of almond milk, a shake of cinnamon, and popped it in the microwave. The ingredient list is great – just wheat berries, farro, black barley, and golden raisins, that’s it! Decent amount of protein, too – 7 grams per serving.

Once it was out of the microwave, I topped it with some fresh strawberries and blackberries, sliced almonds, and walnuts. 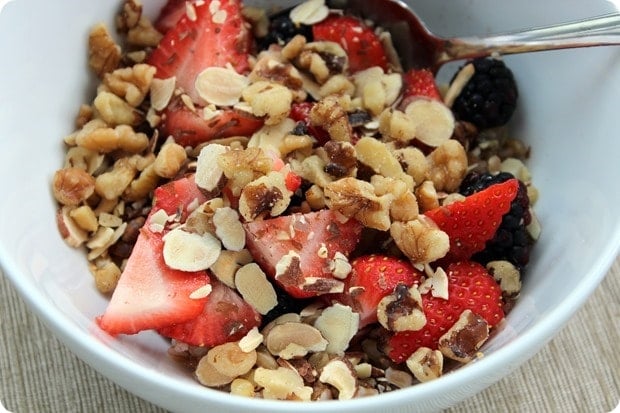 The verdict? It was good! Nice way to mix it up from oatmeal. I liked the chewy texture! 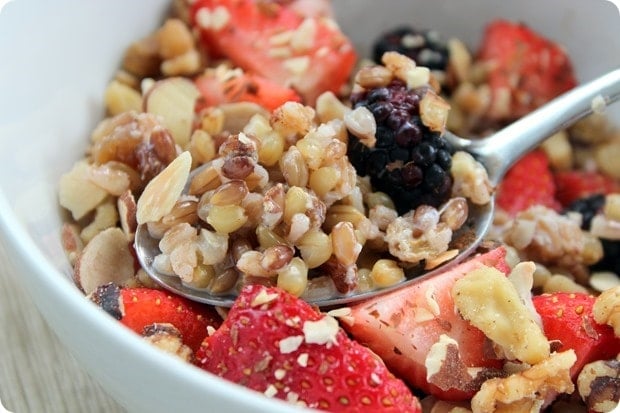 The other breakfast I’ve been enjoying is my standard Ezekiel cinnamon raisin toast with peanut butter, sliced banana, cinnamon, and an extra addition: plain Greek yogurt! Sounds weird, but it’s really tasty, and an easy way to add some serious protein to the mix! 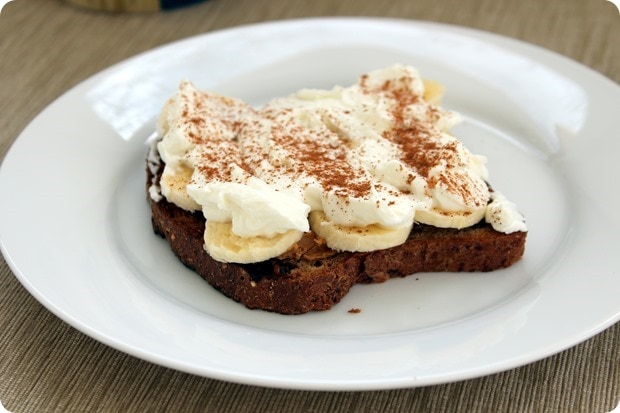 As for lunch, I’ve been enjoying my standard veggie/greens/beans/brown rice bowls, plus avocado, feta, and homemade balsamic vinaigrette. I just bought these cool woven wood lightweight (but large) salad bowls on Amazon the other day – pretty, right? I was getting tired of taking pictures of my lunch salads in my lame mixing bowls – none of our other bowls are big enough to handle the epic-ness that is my lunch salads. 😉 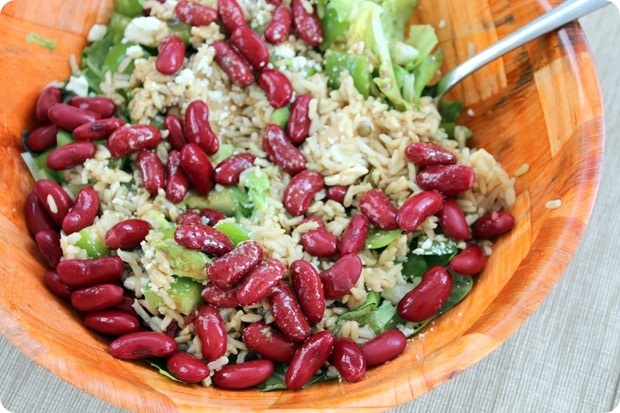 On the dinner front, I threw together an easy slow cooker meal for us earlier this week. I basically tossed some potatoes and raw chicken breasts into the slow cooker, then poured a sauce over them that was made of about 1 and a half cups chicken broth, a splash olive oil, a few shakes of dried rosemary and thyme, a big squirt of dijon mustard, about a tablespoon of minced garlic and a little paprika. 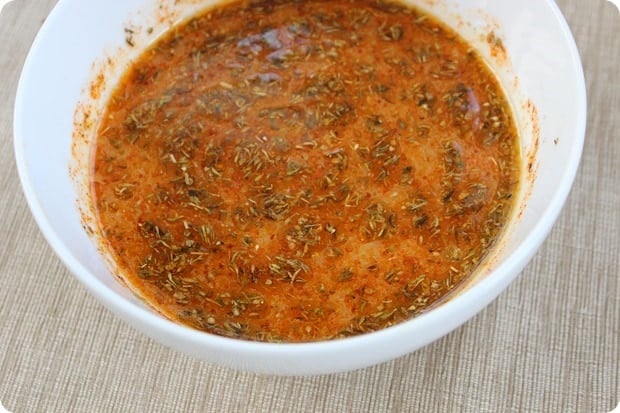 5 hours on low and it was ready! I <3 our crockpot – makes dinner so much easier. 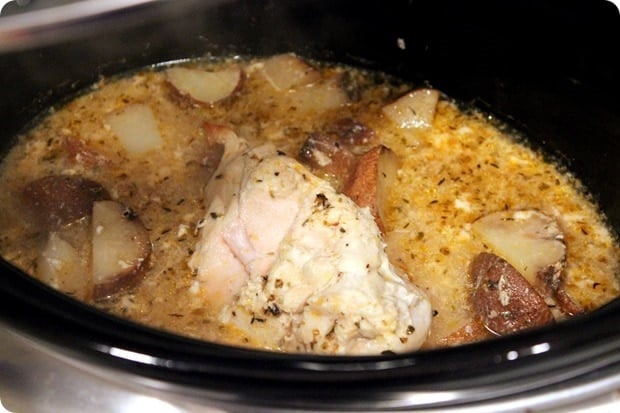 To go with the chicken and potatoes, I also made us some roasted broccoli and kale chips. To make the kale chips, just rub a little oil into them, sprinkle with salt, and spread on a baking sheet. I baked them for about 10 minutes at 350. Perfectly crispy! The key is to not use too much oil or they’ll get soggy. 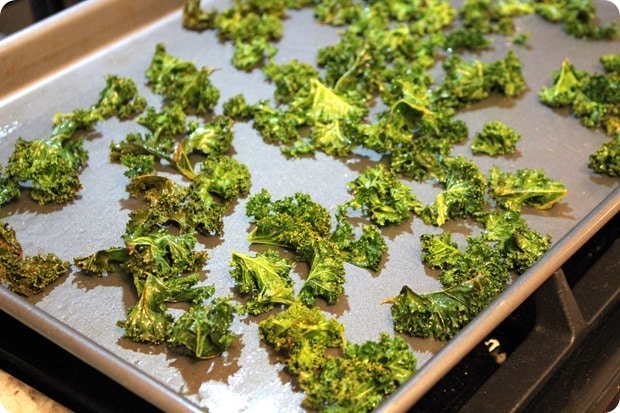 Yum! Unpictured ketchup (for me) and hot sauce (for him) made this dinner perfect. Simple and satisfying! 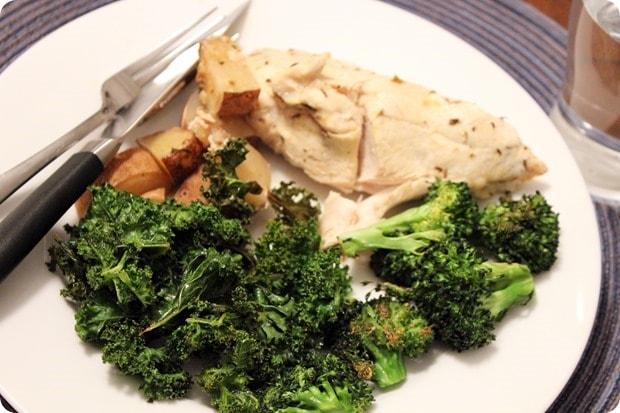 Back to work – I hope you all have a great day!

What’s the best meal/snack you’ve eaten so far this week? I’m planning to whip up a batch of my Nutty Protein Granola Bars a little later on – it’s been way too long and I’m craving them! 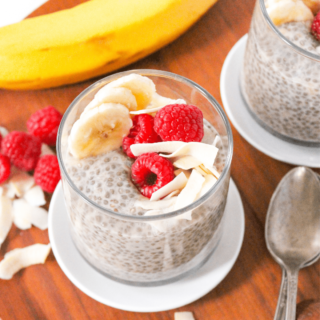 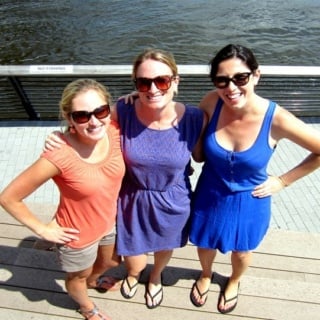 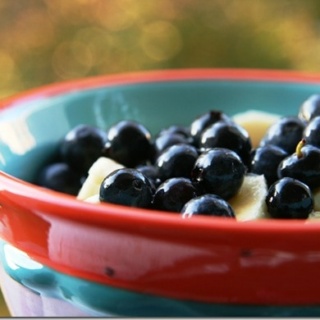 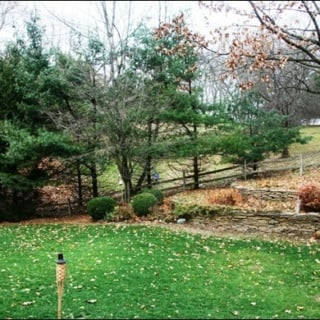