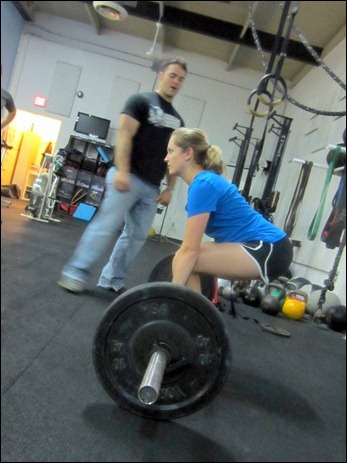 Guess what I did last night for the first time ever?

I’ve actually never even done a dead lift before, so that was a first, too!

I’ve been hearing so much about CrossFit lately and ever since I tried it for the first time at Reebok One a few weeks ago I’ve been really wanting to try it again! As luck would have it, right when I had CrossFit on the brain after returning from the Reebok trip, I met Chris from Crossfit Dupont at our Tuesday night Lululemon Georgetown run club. I was telling him about how I tried CrossFit at Reebok and loved it, and he offered to have me and Matt come in and try out his gym for 2 months in exchange for sharing our experiences and thoughts on the blog.

Matt and I started taking the “foundations” (aka introduction/form workshop) class on Monday. We’ll be going twice per week; after one more week of foundations we’ll be able to attend the regular classes. Matt’s really excited to give it a go, too!

Last night, we worked on kettle bell swings and also learned proper deadlift form. Obviously I’m not trying to become a serious weightlifter, but it’s really cool and helpful to finally know how to do some of these standard moves! I’ve been slacking on the strength training lately, too, so this will be good for me to do a couple times a week. 🙂 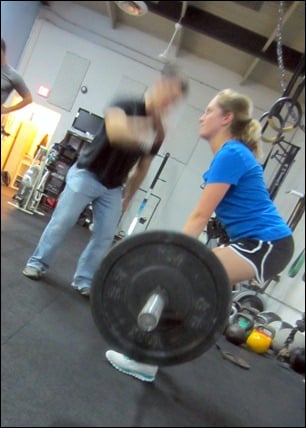 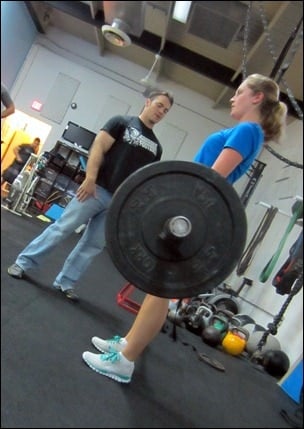 We started out with hollow pipes to practice our form, then moved to a lighter weight, and then on to the heavier bar. The guys lifted the larger weights first and I was expecting Chris to take the weight off the ends for me, but he only took off a couple smaller ones.  I told Chris I didn’t think I could lift 100 lbs, but he was right — I did! 🙂

Matt picked up the form quickly as well! 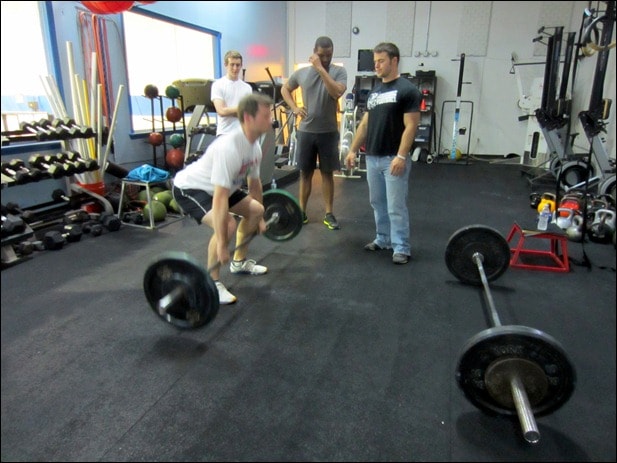 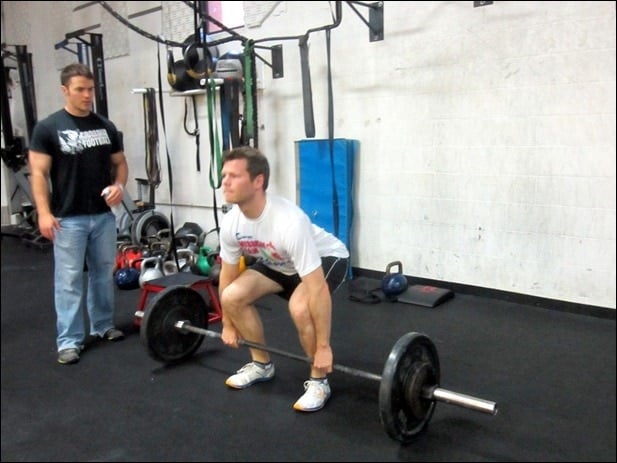 So far, so good — excited for next week where we’ll get to learn even more!

Are you into strength training? How many times per week and what are your favorite moves? Have you tried CrossFit? 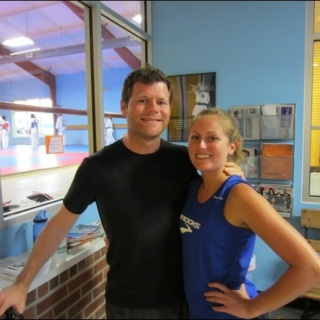 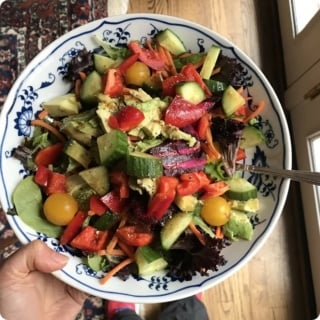 My Favorite Restaurant in D.C.