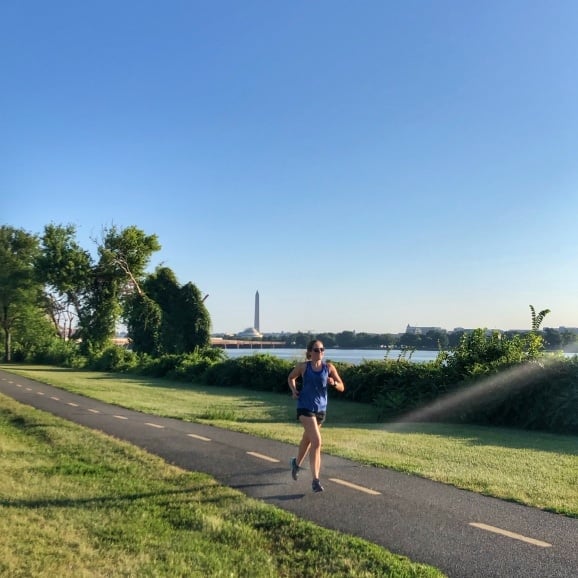 I kicked off my Friday with an early run date with my buddy Chelsea. 🙂 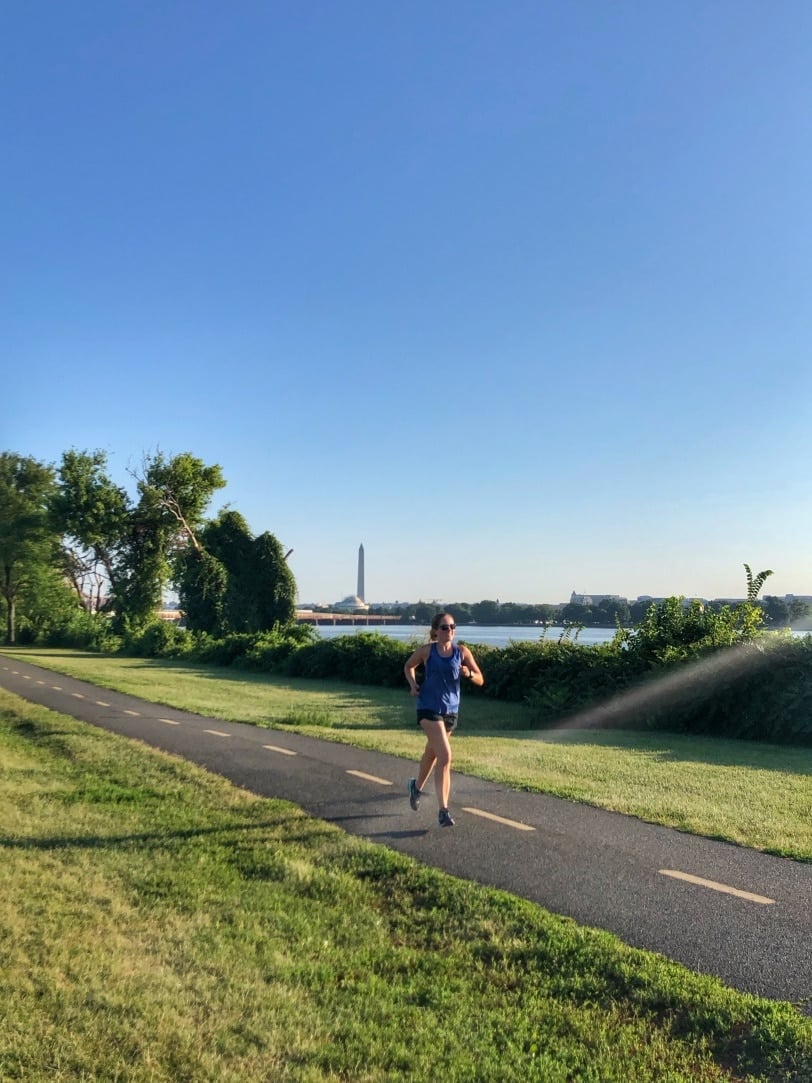 One of the super sad things about moving is that I’m no longer a few blocks away from Chelsea, who has been my weekly workout class buddy for ages.

We’ve been going to one or two classes per week together for… 6 or 7 years now!? She’s the best – always very chipper and upbeat, even in the very early morning. 🙂 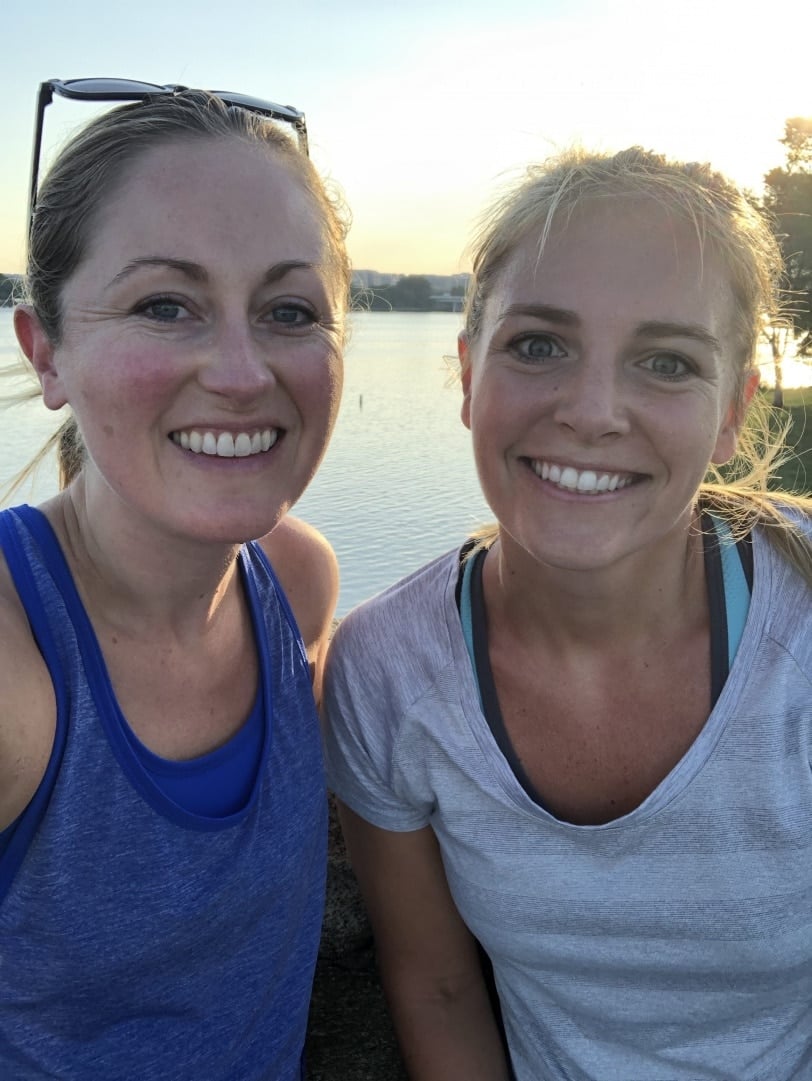 We continued our workout fun while she lived on the far end of DC for a couple years, so I’m sure we’ll keep it going now… but it will probably just be back to once per week instead of twice!

For now, we’re going to mix it up from classes and do some run dates until the weather gets cold and dark. 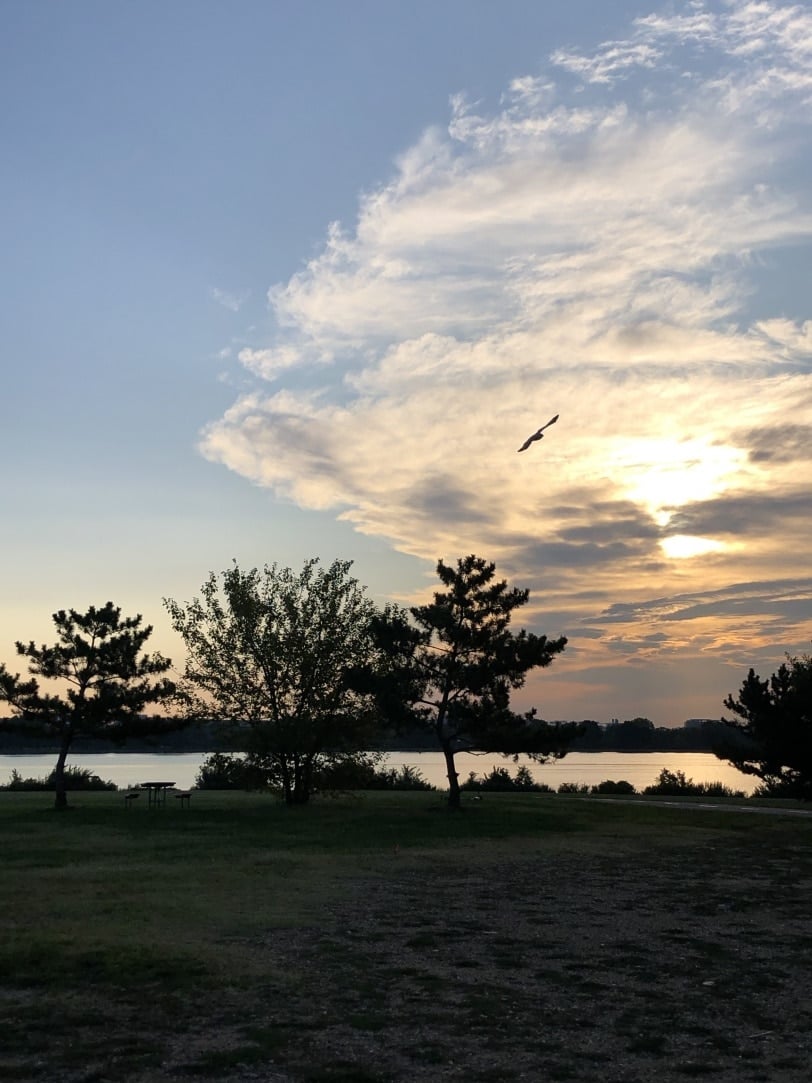 We met up at Gravelly Point near the airport – lots of planes flying RIGHT overhead which is always fun. 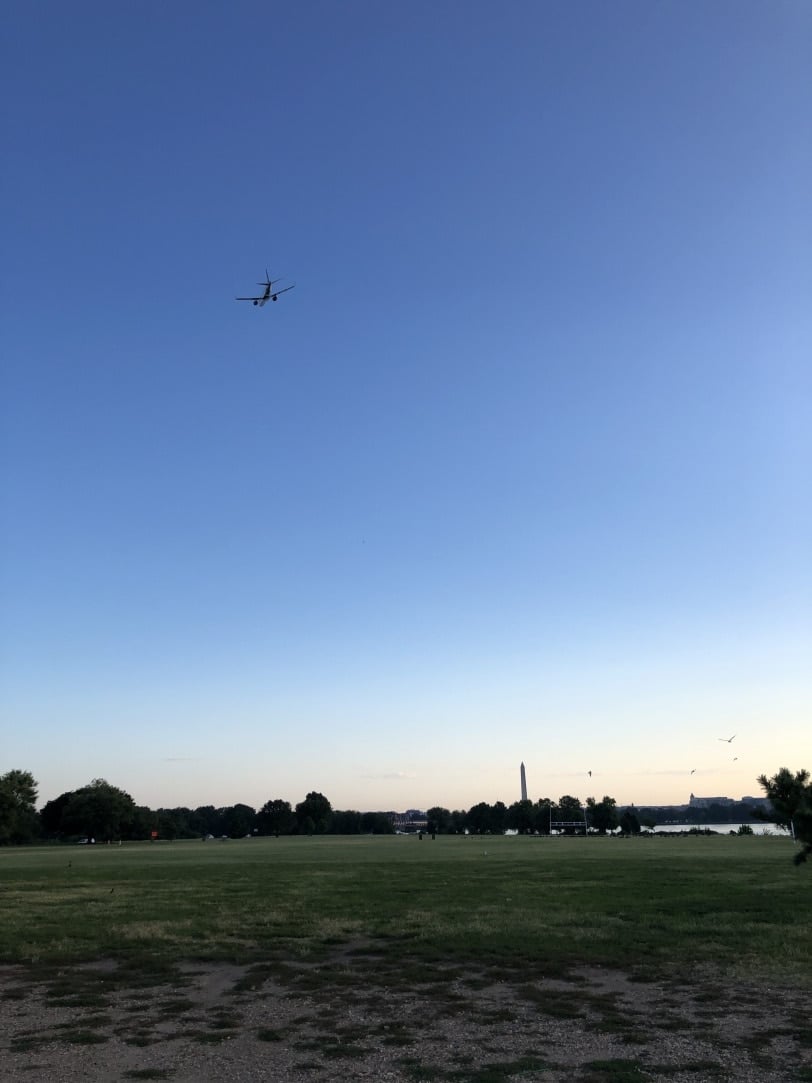 These views never get old. 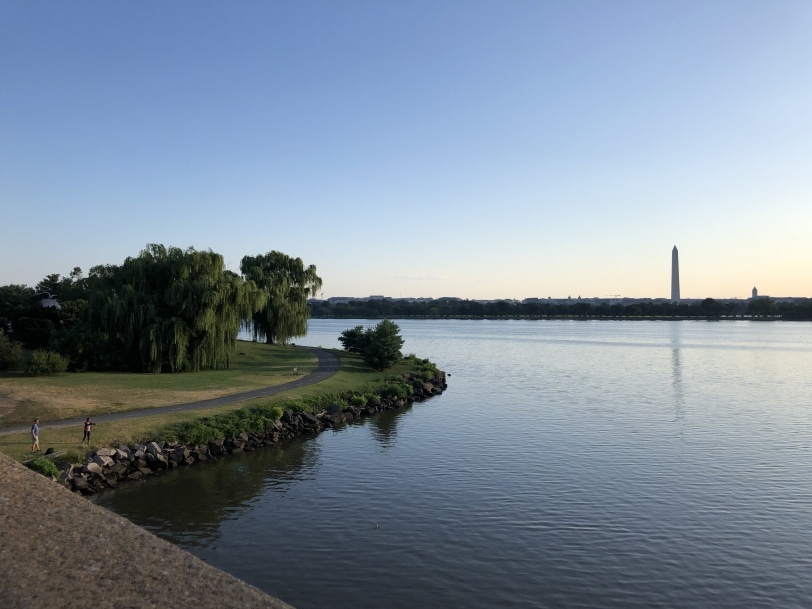 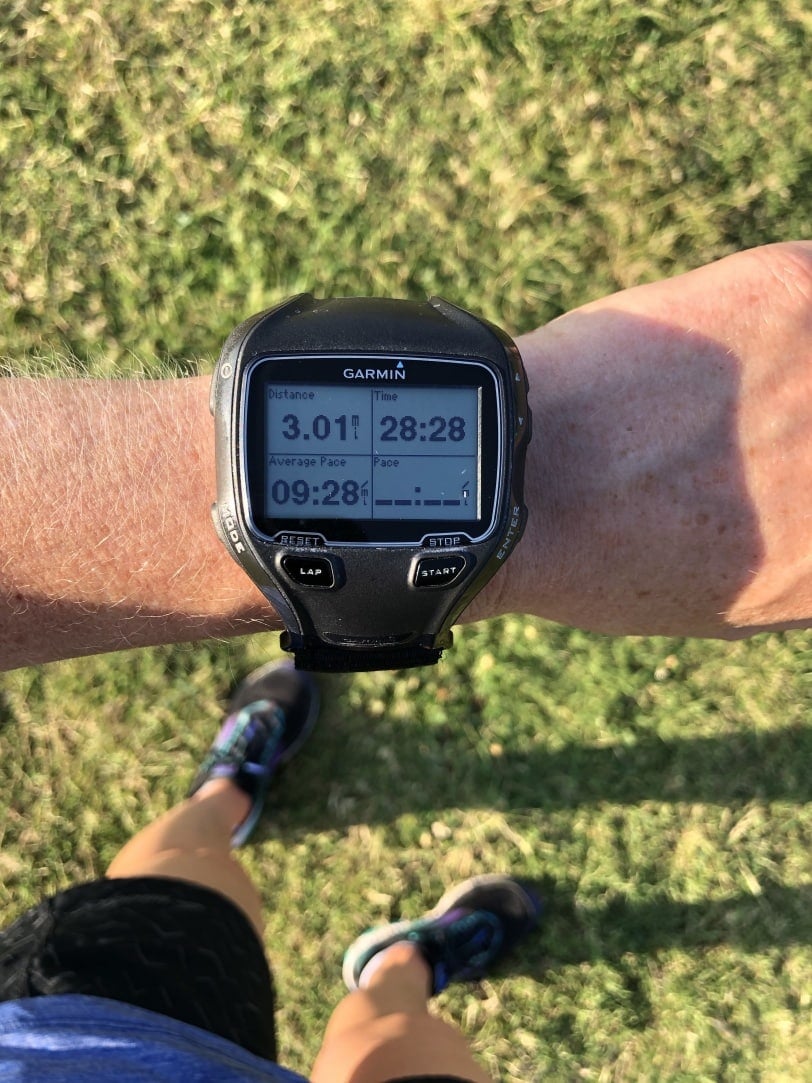 Other fitness this week was another yoga class (at Ease Cafe in Del Ray – really nice spot, although I wish they offered 6:30 or 6:45 a.m. classes instead of only 6am! oof), and an OrangeTheory class yesterday.

I have some classes to use up at OrangeTheory before they expire and there’s one close to us so I’ll probably try to go once a week over the next couple months. Last Friday, Chelsea and I went together! She works from home on Fridays so has a little more wiggle room timing-wise and didn’t mind coming to me.

Here is a sweaty post-class selfie for your viewing pleasure. 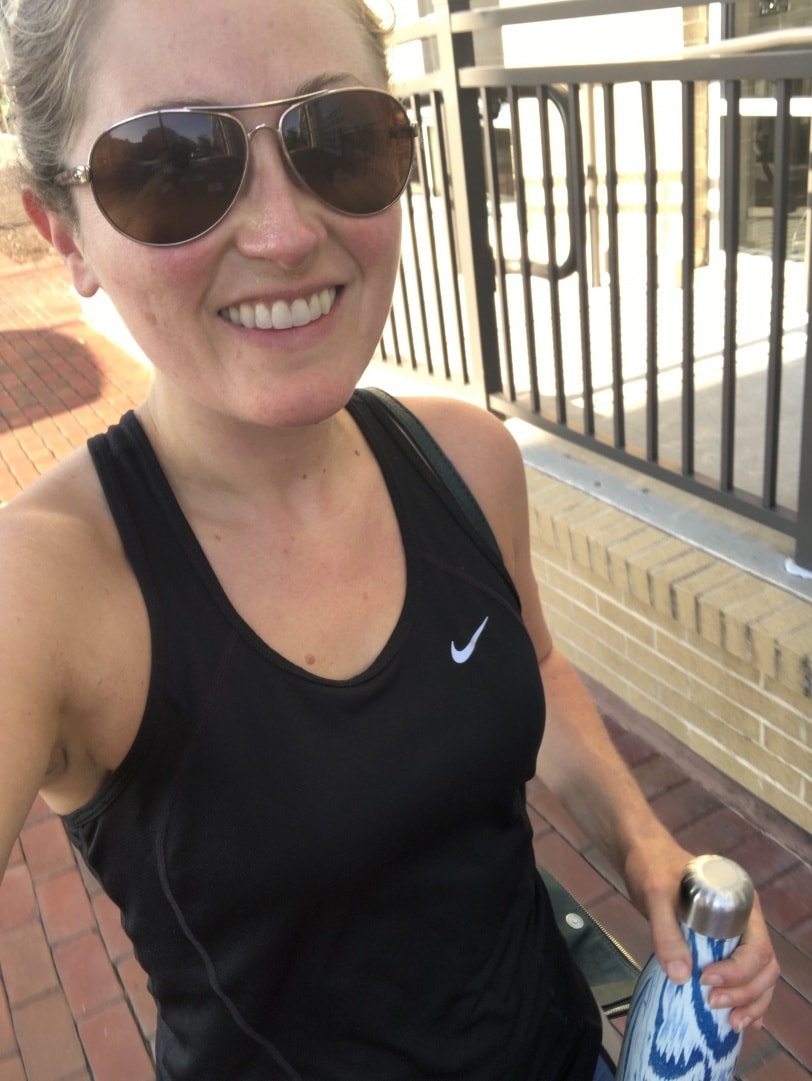 As for food, we enjoyed another Sun Basket dinner on Wednesday night – some chicken and black bean tacos.

I’m allllways down for tacos so this hit the spot. They actually had some fresh diced apple in them instead of cabbage or jicama – interesting twist! Try it! 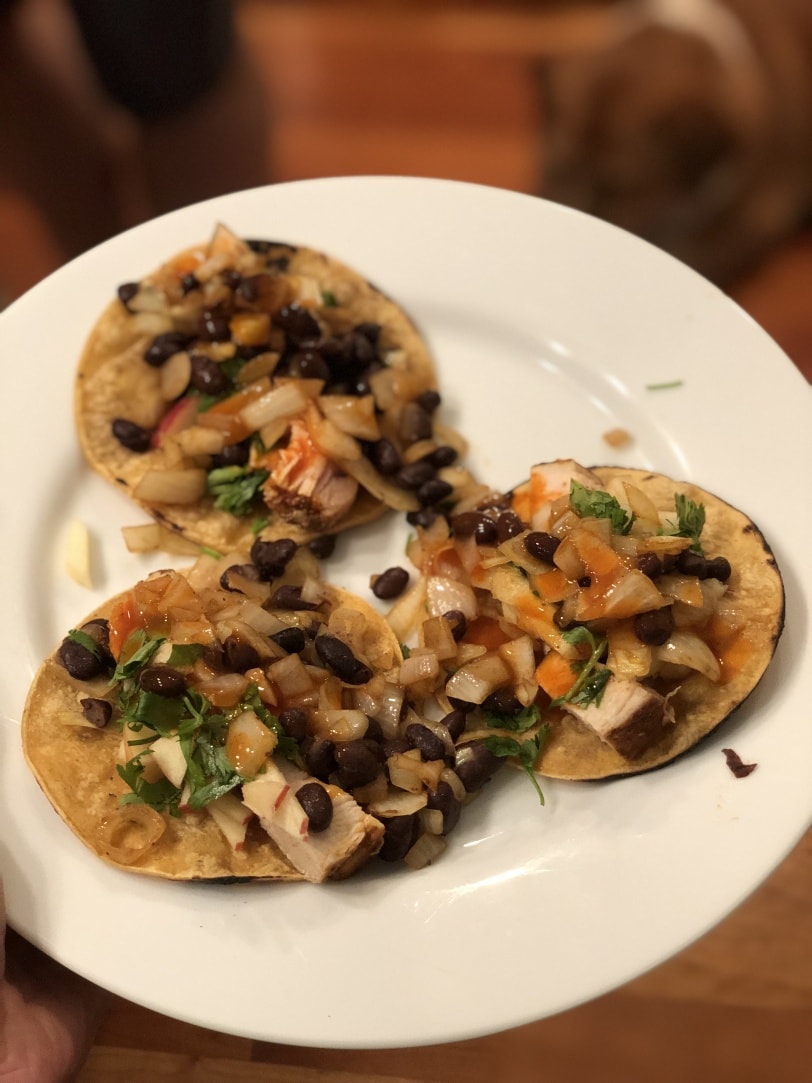 We had some chicken leftover so I ate it last night for dinner – Matt was out and the fridge was looking pretty sparse so I threw together a random wrap with chicken, spinach, cheese, and chili garlic hot sauce. It could have used some black beans to amp it up, but we were out! 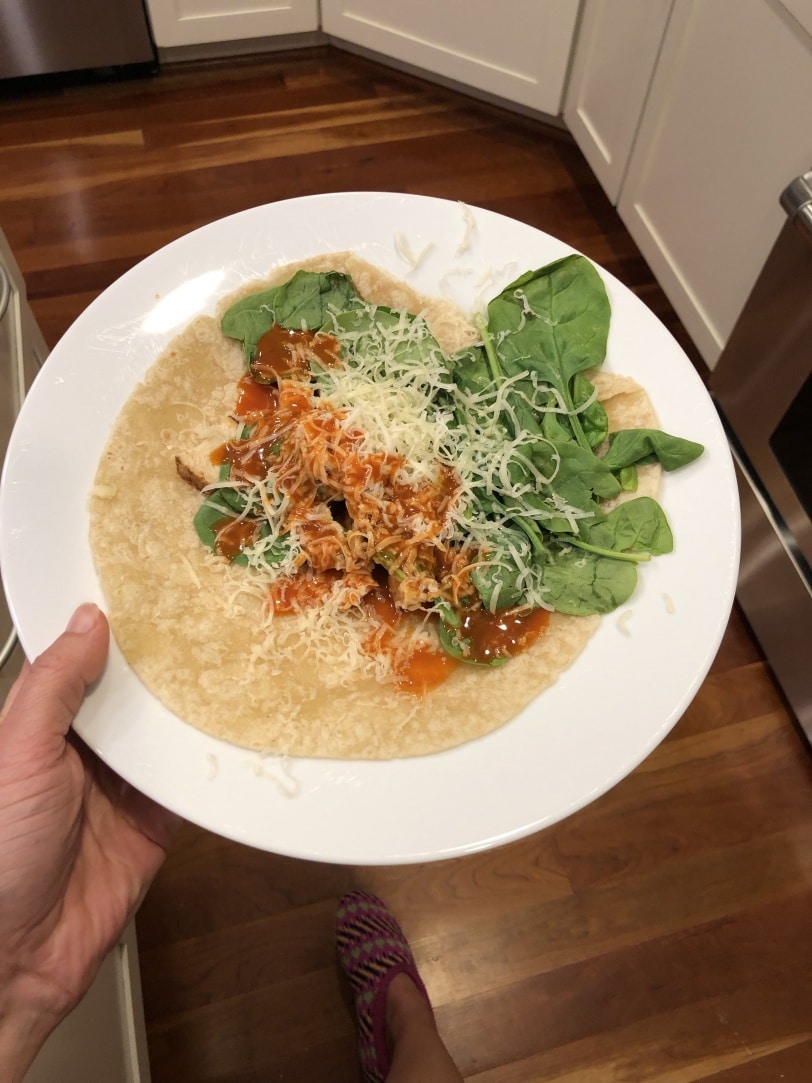 I was still hungry after so I had some random cereal + muesli + goji berries. 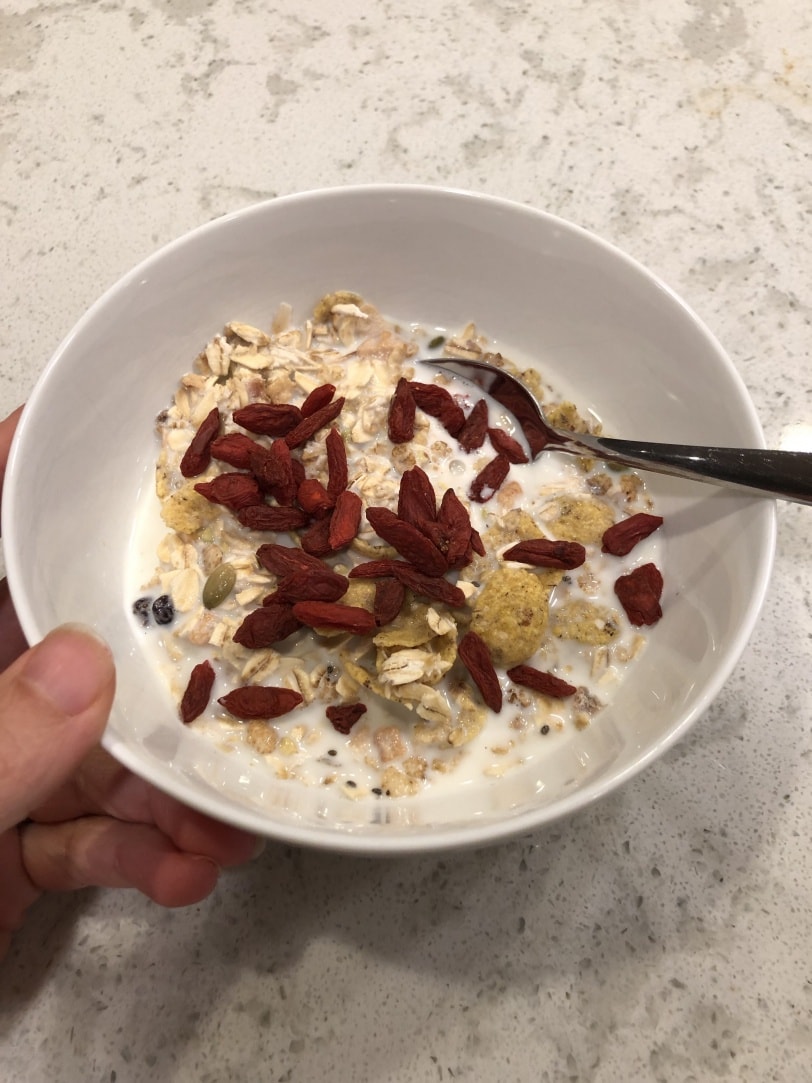 As for today, I had some avocado toast with eggs for breakfast post-run that I didn’t get a photo of because Riese was mid-meltdown while I was eating.

For lunch today, I threw together tuna salad sandwiches on some yummy farmers’ market bread, plus a big mixed greens salad on the side. 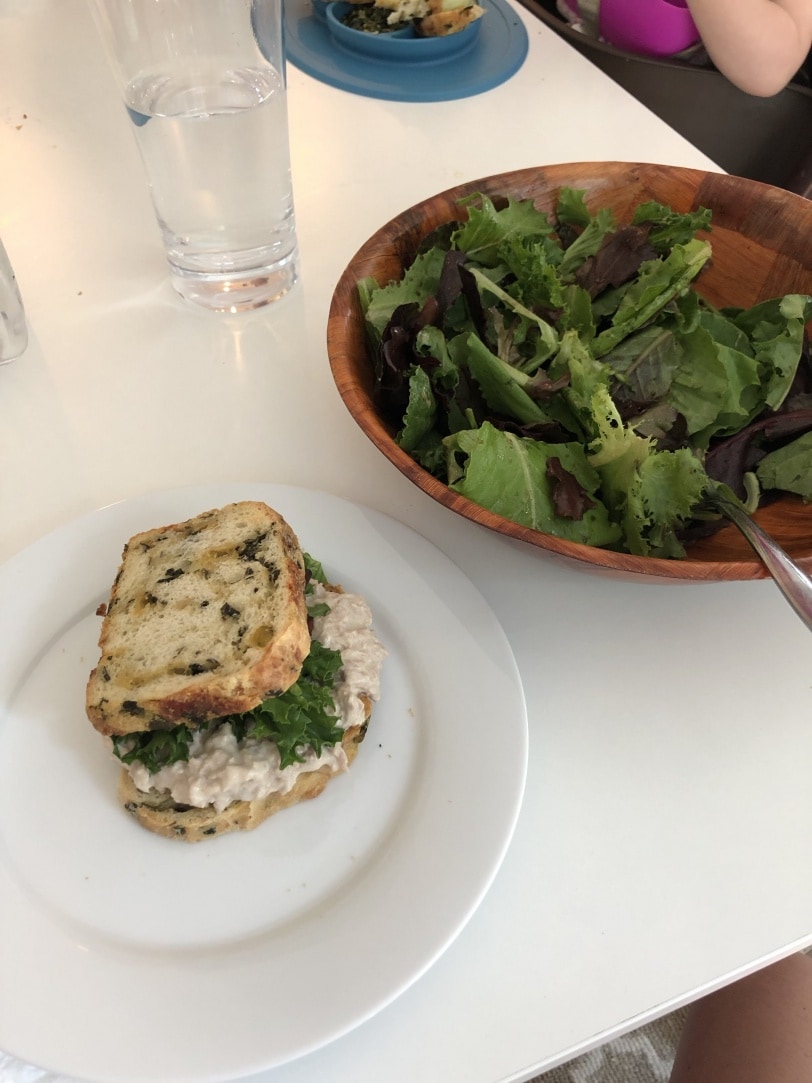 Time to try to tackle some more emails before Riese wakes up from her nap.

Have a great weekend and see you guys back here Monday! 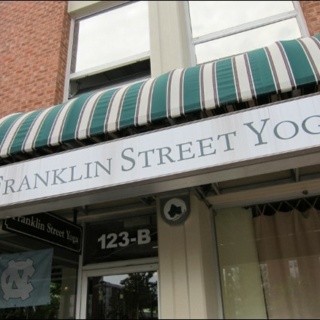 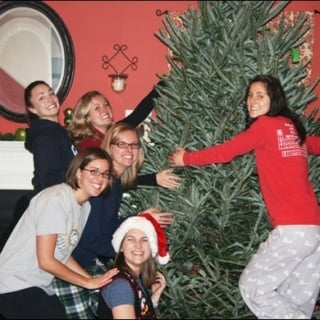 A Night of Holiday Cheer 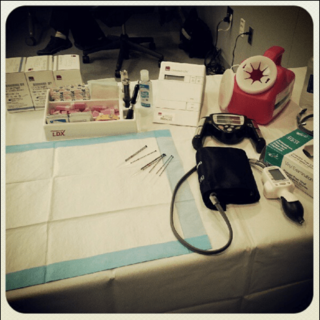 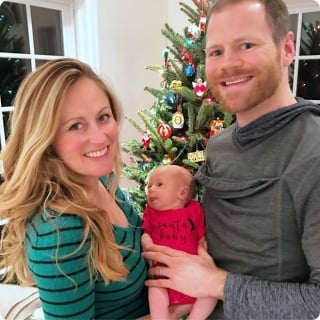