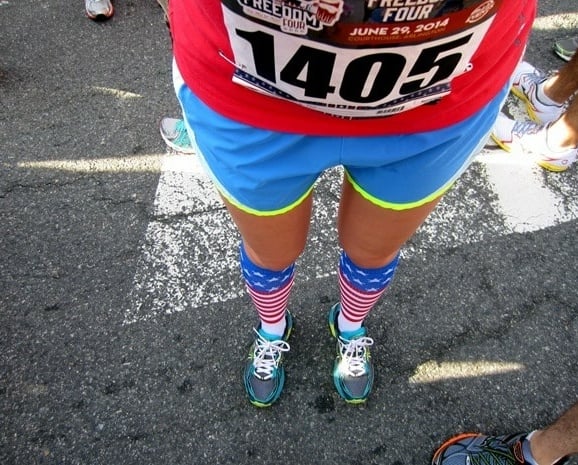 On Sunday morning, Matt, our friend Steve, and I all ran the Freedom Four Miler put on by Pacers running store! 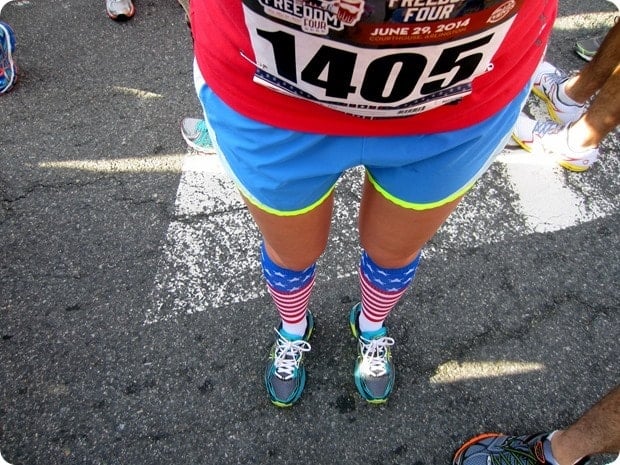 Clearly I used the occasion as an opportunity to bust out my American flag compression socks, which were a gift from Running Skirts at the Runner’s World Heartbreak Hill Half & Festival last month.

The Freedom Four Miler started and ended at Ireland’s Four Courts in Arlington, VA. It was awesome doing a smaller “local” race vs. the huge downtown DC races I’m used to. We left our place at 7:30 and had time to stroll over to Four Courts to pick up our packets, put on our bibs, and meet up with Steve before heading to the starting line for the 8 a.m. push off. Easy! 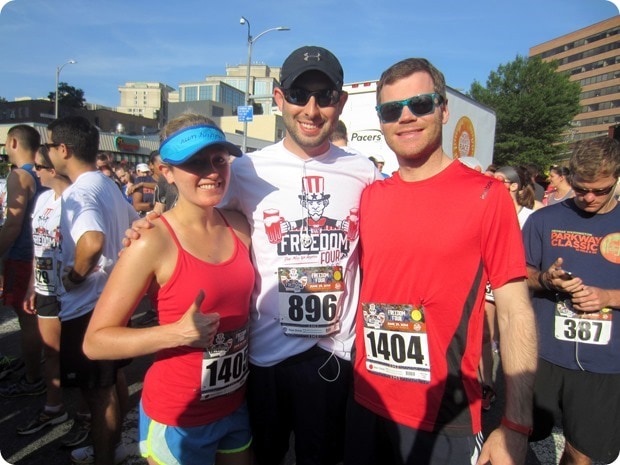 And we’re off! The first mile of the race was a nice big downhill, which was awesome, although of course what goes down… must come back up later. Womp, womp. 😉 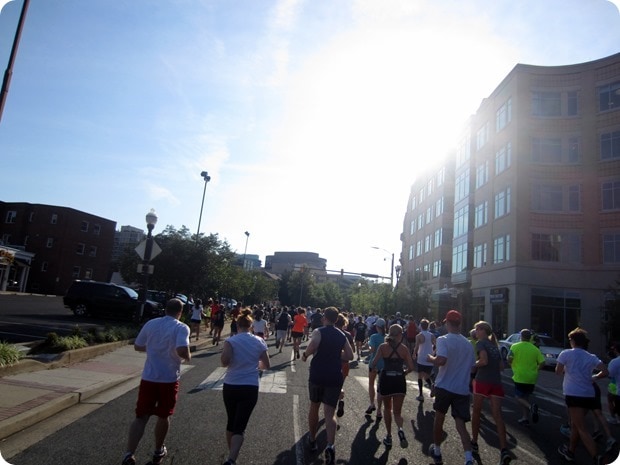 After the nice downhill, we ran about a mile out on the highway. Not too thrilling but nice and flat for the most part. Matt took off ahead and Steve and I ended up settling in to run together. It was an out and back so it was fun to see the winners whizz by the other way, looking strong! 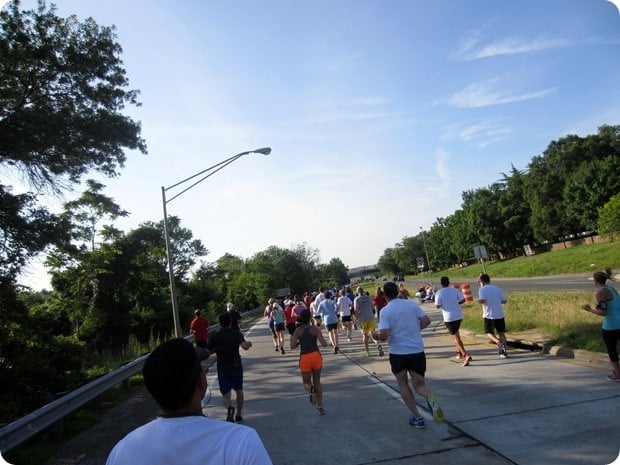 Aaaand back we go! It was a beautiful morning, but pretty warm in the sun. Whew! 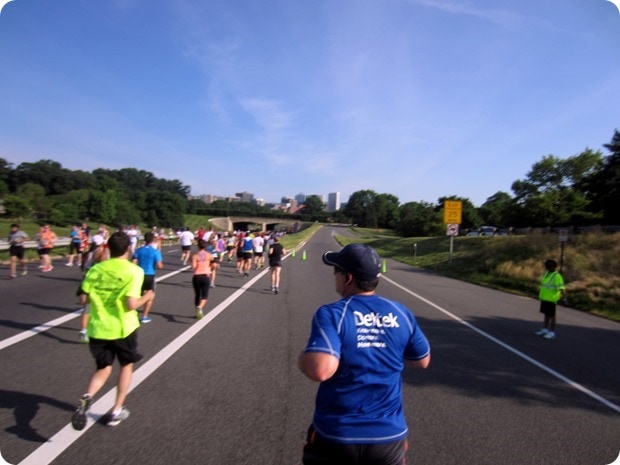 Around mile 3, we made it to Rosslyn and started pushing our way back up the big, mile long hill. Oof! As I told Steve, your mind will give up on you on hills before your legs will. Stay positive and don’t let yourself acknowledge the fact that it’s hard and kind of sucks (even though it does, clearly). I like repeating mantras in my head on huge hills, too – something like “I eat hills for breakfast” or “I am rocking this!” 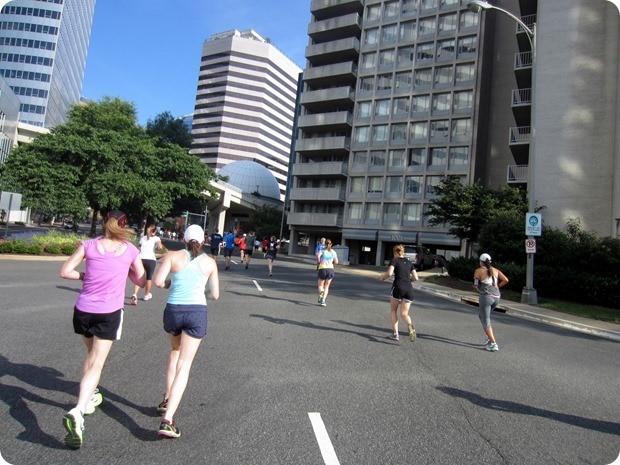 There was a bit of a flat area for us to catch our breath and then we started up the final steep incline to the finish line. This wasn’t as bad as the first one since we knew the finish line was almost there! 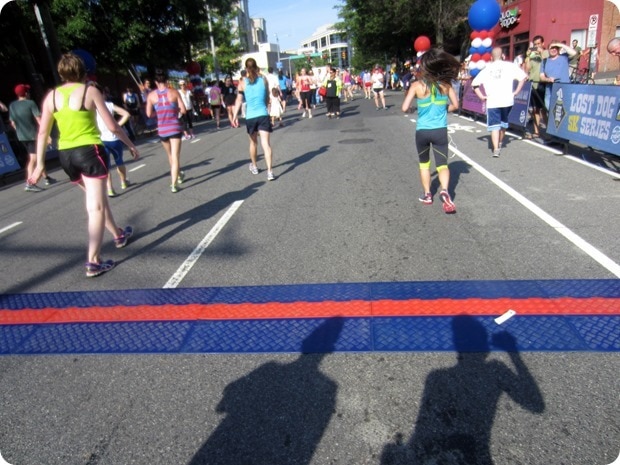 Definitely not my fastest race, but I was pleased given that my legs are wiped from this spring’s marathon/half marathon rampage, and considering the massive hill situation. 🙂 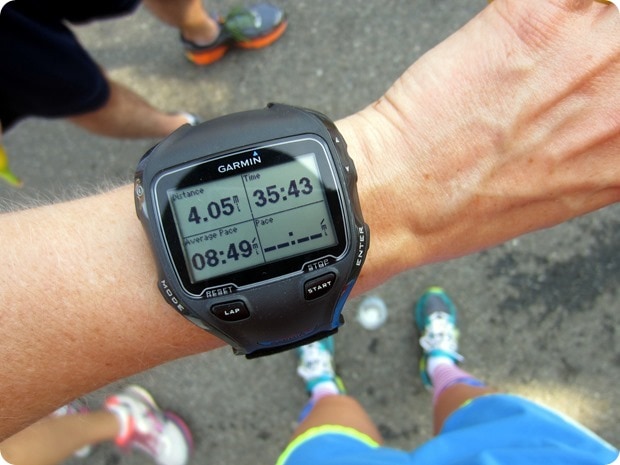 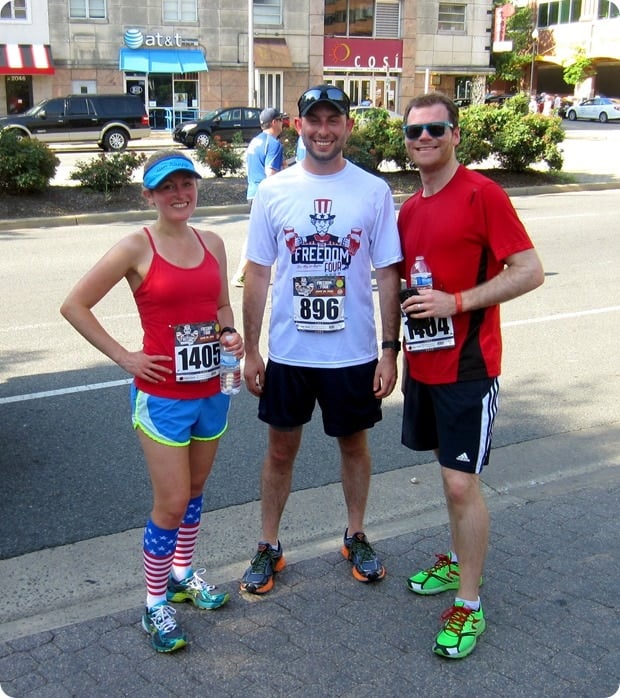 Once we were done running, we got down to the important matter of the day: brunch. Involving donuts, clearly. 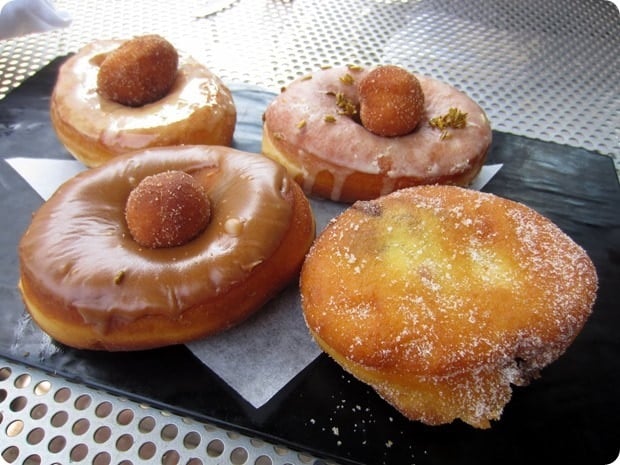 We hit up Lyon Hall in Clarendon for brunch – I’d only been there for dinner before so it was fun to mix it up! Their brunch was awesome, too. The donuts we shared to start were delicious, and for my main course I got the mushroom/bacon/spinach omelette, which was more like a frittata. Pretty! 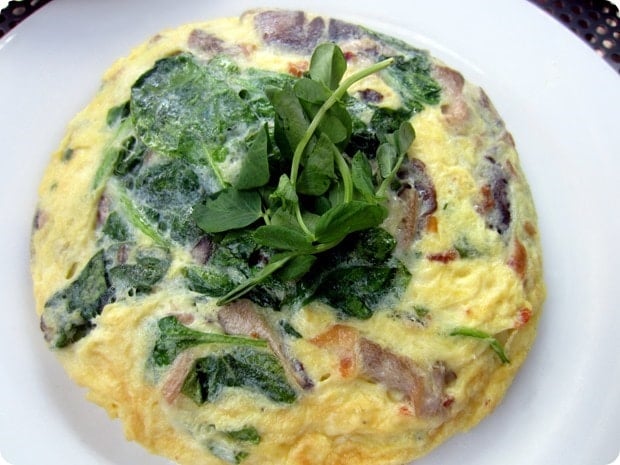 I also got a side salad, which I ended up saving for later (I saved half the frittata for later, too – it was huge). 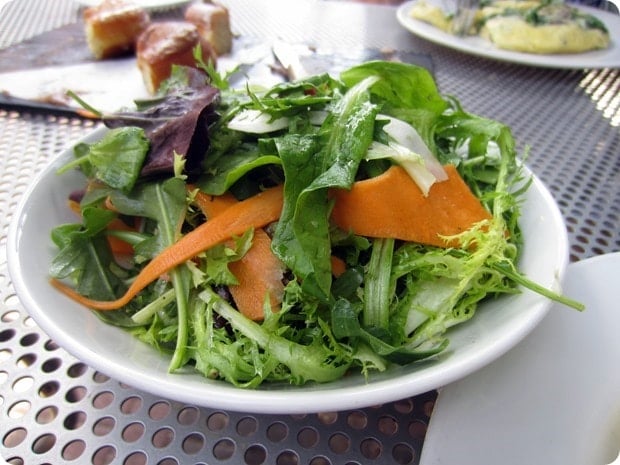 After brunch, Matt and I came home and parked ourselves at our apartment pool for the next 3 hours relaxing and reading. Perfection. 🙂

Which do you prefer: big city races or smaller local ones? I like both – big races are obviously awesome for crowd support, but small ones are nice logistically! 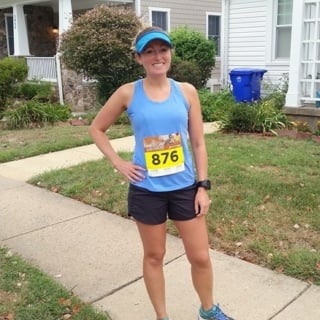 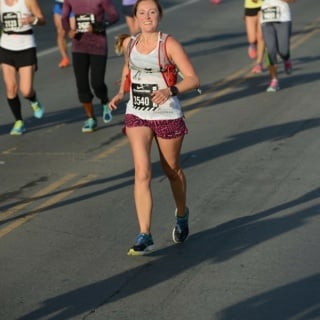 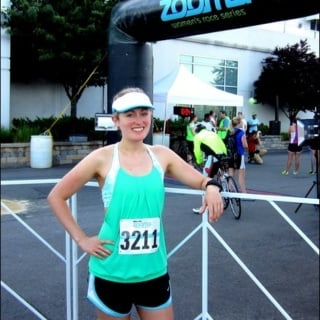