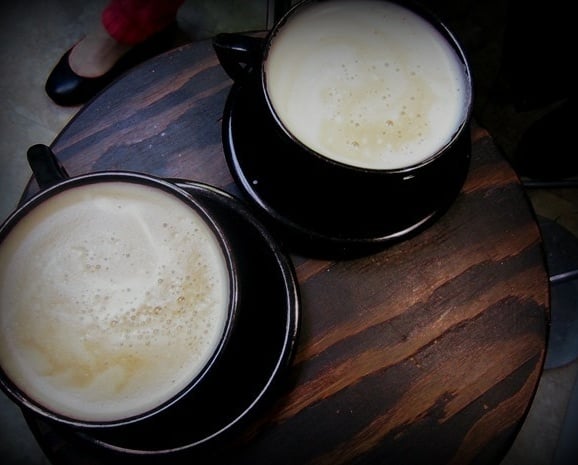 Good morning and happy Monday! I hope your weeks are off to a great start. 🙂

I had a fun and active weekend – on Saturday morning, I had a yoga + brunch date planned with my friend and fellow DC area Registered Dietitian Sarah. Sarah and I first met last fall when I attended one of her awesome healthy cooking dinner parties (if you’re in the DC area, check that out – they’re so fun!), and ever since we have formed a “mastermind” group of sorts. We meet up every month or two to talk business, share tips, bounce ideas off each other, and so forth. It’s been both helpful and fun, and we usually try to wrap our meetings into some sort of cultural or DC-related adventure, too. So far, we’ve explored the botanical gardens together, seen a yoga exhibit, and also done some nice downtown walks and tea/coffee dates. Sarah and I are both yoga lovers, and the past few times we’ve met up she’s raved about Kali Yoga and their 10:30 a.m. Saturday morning class. Clearly I had to try it out, so we made plans to hit it up together on Saturday, starting first with a coffee date to talk business. 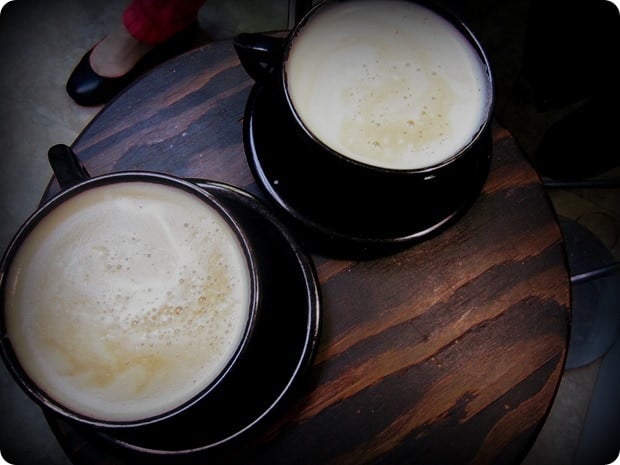 We met up at Coffy Café in Columbia Heights, which was great. Friendly staff and good lattes! 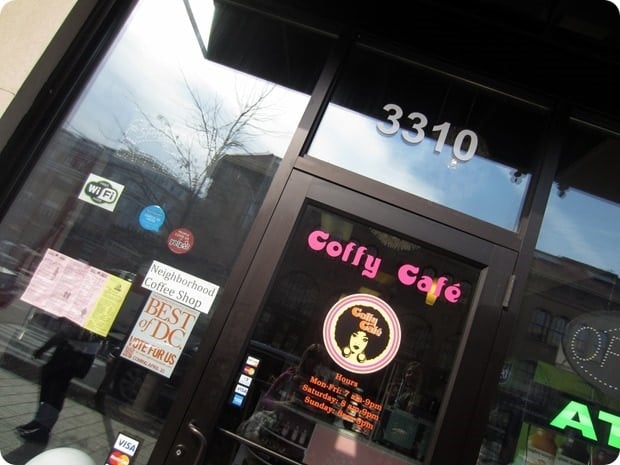 After we caught up, it was time for yoga! I’d never been to Kali Yoga before but have been hearing good things, so I was really excited to try it out. It’s also in Columbia Heights, a short walk from where we got coffee.

As I mentioned, we hit up the 10:30 class which was a 1.5 hour class called “Rocket Yoga” taught by Jonathan Ewing. I asked Sarah what “Rocket Yoga” meant and she described it as “Ashtanga on crack.” Sweet – I’m always up for a challenge. Let’s do this! 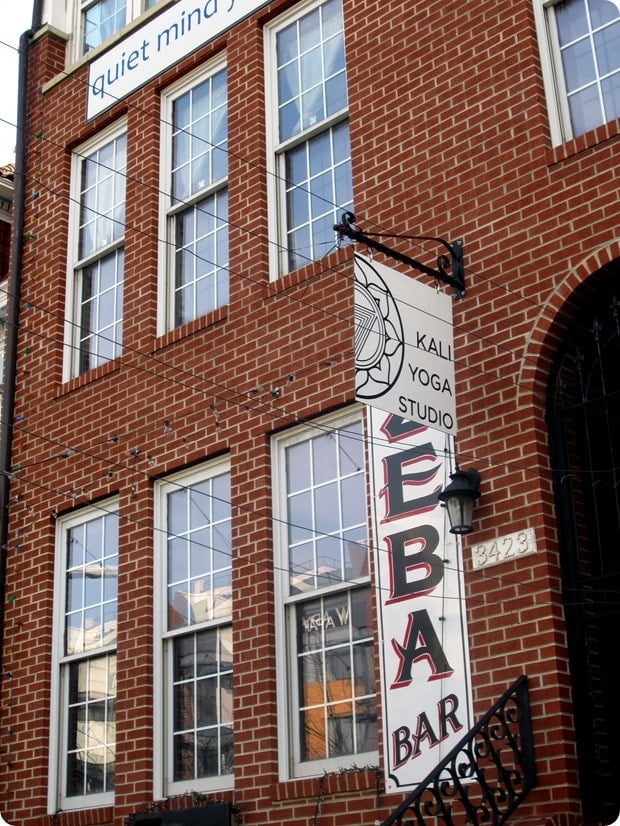 So, how was it? AWESOME. Seriously one of the best yoga classes I’ve ever taken, and I’ve taken a lot of yoga classes by this point. Jonathan was an awesome and fun instructor and the class was fast paced and challenging, but in a playful “we don’t take ourselves too seriously” sort of way. I loved it. He also blasted pop/rap music during the class, which made me smile while sweating profusely through quick sun salutations and attempting crazy arm balances and inversions. This class is definitely not one for beginners, but if you consider yourself an adventurous intermediate (me) or advanced yogi, check it out. I couldn’t do a lot of the arm balances, but no worries – it’s just fun to try. 🙂 I loved the studio, too – completely unpretentious with a friendly, welcoming vibe. I wish I lived closer because I’d go back more often!

Sarah works at the studio front desk once a week and has become friends with many of the instructors there, so after class a group of us headed back to her place for brunch. My contribution was a huge bowl of berries. So good and refreshing after a sweaty workout! 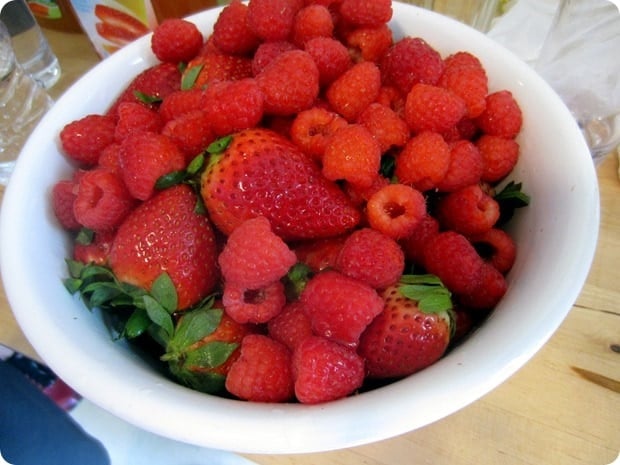 As for brunch, we had quite the spread. We started with these pretty gluten free raspberry scones made with almond flour (click for recipe on her blog), which were great – hearty and not too sweet. 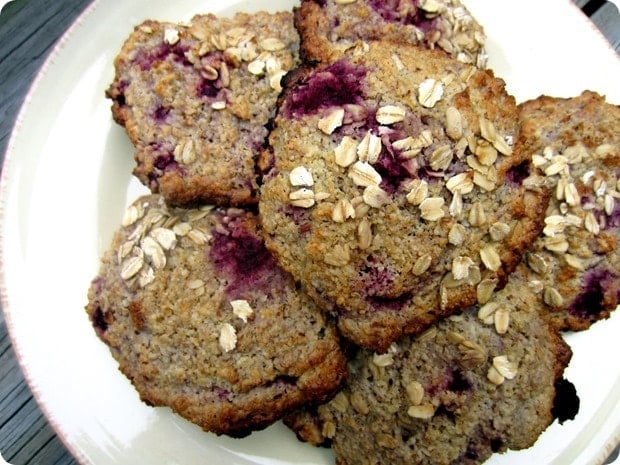 For the main event, we had goat cheese, basil & zucchini quiche, which Sarah creatively made with a chickpea crust. This was SO awesome – totally going to recreate it at home. Here’s the recipe over on her blog! 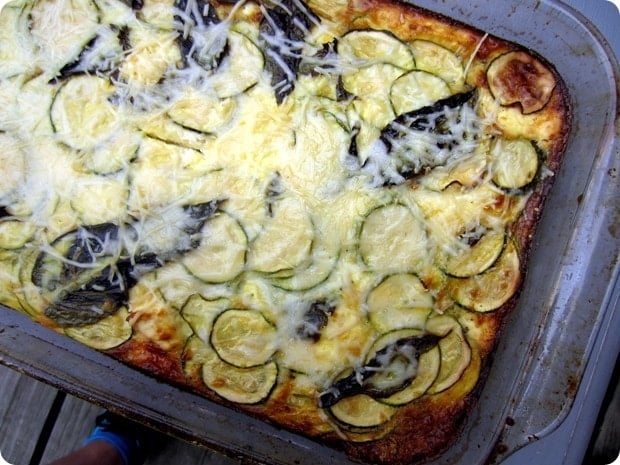 We also enjoyed some bacon, obviously. (I had more than is pictured!) 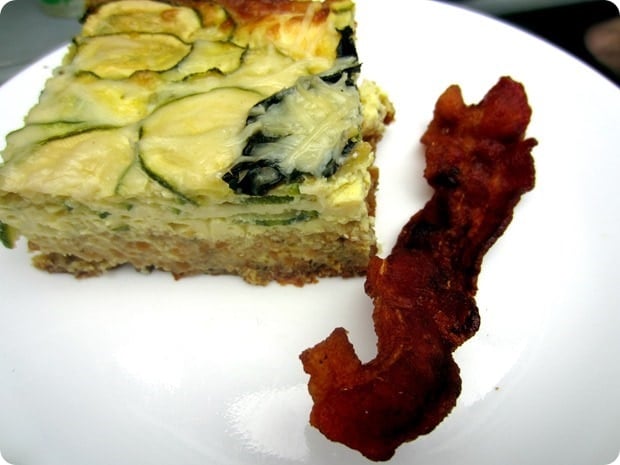 I had a lot of fun chatting over food with Sarah’s Kali Yoga crew – Jonathan, who taught the class we had just gone to, a woman named Teresa who had also just attended the class, Michael Peterson who also teaches at Kali Yoga, and Abby Dobbs who is the owner/manager of Kali Yoga.

While we were eating, Jonathan and Abby were talking about something called acroyoga. When I asked what acroyoga was, Jonathan said it was easier to show me than to tell me, if I was up for it. Well, okay! 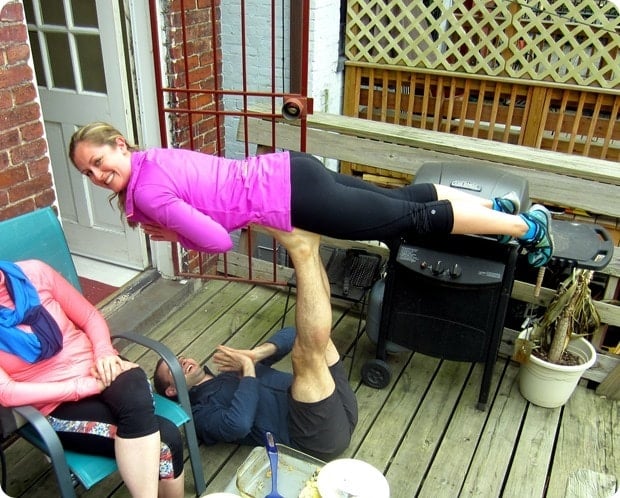 Any brunch that involves breaks for acrobatics is a win in my book! This is acroyoga, apparently. 🙂 A cross between acrobatics and yoga, done with a partner – how fun! Jonathan is actually teaching a partner yoga/acroyoga workshop on April 27th at Kali Yoga that I think I’m going to drag Matt to. Since we are both former gymnasts (yes, Matt was a gymnast when he was younger, too!) I think we’ll have a blast with it! 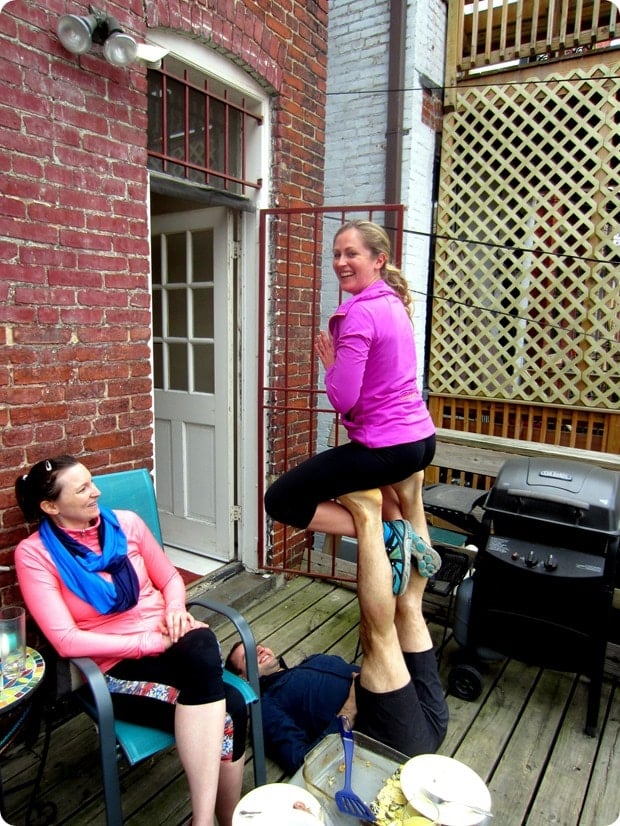 Such a fun way to spend a Saturday morning. Thanks for the adventures, Sarah & co.! Hope to see you all again sooner than later. 🙂

And now, time to tackle my email inbox and prep for teaching tomorrow morning at GW! I also have quite a few AnneTheRD client check ins today. Busy, busy – have a great day, my friends!

Have you ever tried acroyoga or anything like it? 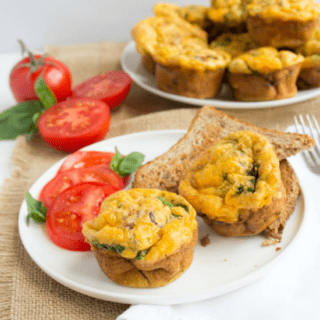 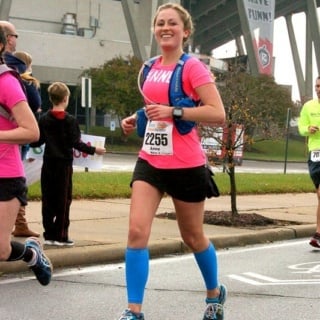 Weekend Adventures & Back on the Run 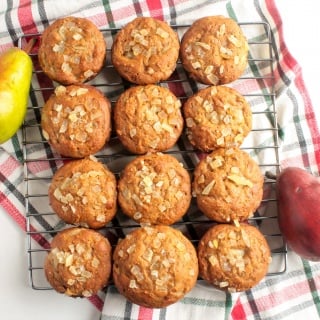 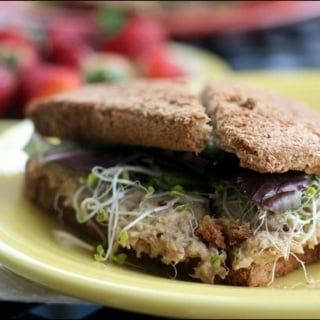