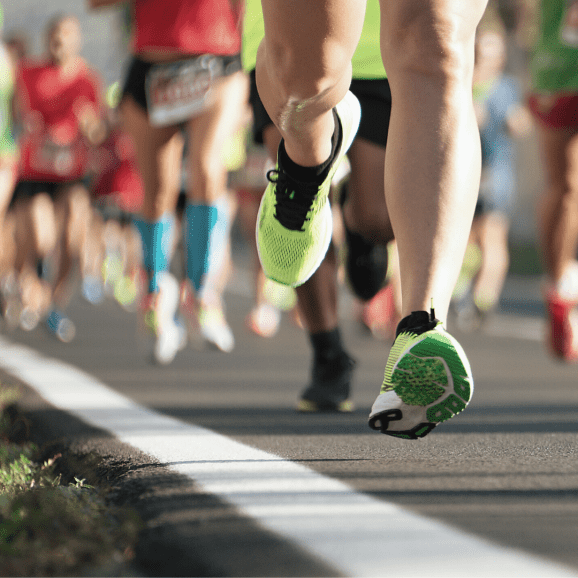 Hello my friends! Matt and I are in California right now for the wedding of our friends Heather and Mike, and won’t be back until late tonight, so I’ve asked running coach Jason Fitzgerald of the website Strength Running to share a guest post today on how to fuel for a marathon or half marathon. Given that the Rock ‘n’ Roll DC is coming up this weekend, I figured this timing was perfect! Take it away, Jason!

How to Fuel for a Marathon or Half Marathon
by: Jason Fitzgerald 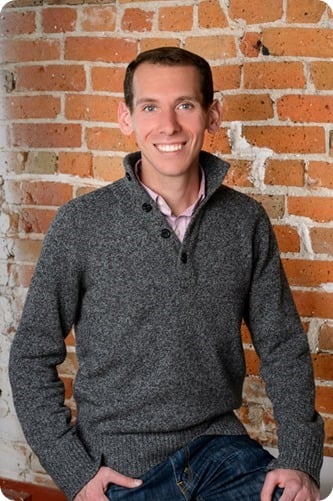 After nearly a year working together on our Nutrition for Runners program, I was excited when Anne asked me to write about fueling for the marathon and half marathon on her blog.

I love this stuff – and it’s because I learned the hard way. Let me explain…

My first marathon was New York City in 2008. And it was a disaster.

After I passed the 20-mile marker, my race turned into a cliché as I hit the wall, bonking hard and slowing down by more than a minute per mile. Every step felt like a hammer was crushing my quads. At mile 25, a senior citizen passed me.

Poor fueling made me crash early, resulting in excess muscle fatigue and ultimately a 6-month struggle with IT band syndrome.

Now compare that with my second marathon where I never once hit the wall and my 22nd mile was one of my fastest. I ran 2:39:32, a personal best by over five minutes, and stayed healthy during and after the race. 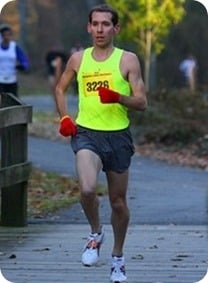 That was the 2011 Philadelphia Marathon and is my crowning achievement of more than 16 years of training.

The difference between the two marathons wasn’t actually my training (both were very similar) but my approach to the fueling aspect of marathon racing.

In fact, I consumed more sugar during the Philadelphia Marathon than what’s in a pint of Ben & Jerry’s ice cream! Sounds gross, but that helped fuel an evenly run marathon.

Today I’m excited to talk about marathon and half marathon fueling so you can avoid my past mistakes and run the best race of your life.

Researchers in England surveyed nearly 300 runners at the London Marathon and discovered that only a small fraction ate enough carbohydrate before the race. And those who did eat enough carbs ran 13% faster (this is a HUGE margin!).

In fact, the latest research shows that it’s ideal to consume 7-10 grams of carbohydrate for every kilogram (or 2.2 pounds) of body weight during the two days before the marathon. 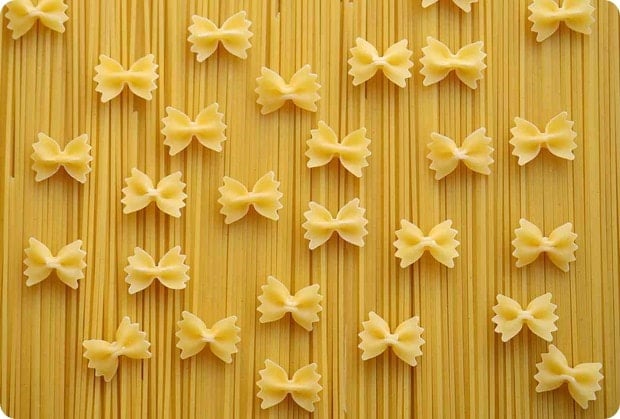 If you’re thinking that this is an enormous number of carbohydrates, you’re right. A 150-pound runner would need to eat 477 grams of carbs per day if sticking to the 7g per kg rule. And the English researchers found that only 12% of runners ate this amount, so you’re most likely not fueling enough before the marathon either.

So, what do you do? Follow a few simple strategies to increase your carb intake during the two days before the marathon without stressing yourself out:

This carb-loading cycle might make you feel a little bloated, but that’s normal and it’s only water weight. If your goal is to run your best marathon, it’s necessary to avoid the dreaded bonk and cross the finish line as soon as possible.

During the race itself, it’s beneficial to consume about 45-60g of carbohydrate per hour (or about 2 gels). Combined with proper training and pacing, this should help you avoid “the wall” and run your best marathon.

How to Fuel For a Half Marathon

Thankfully, the half marathon doesn’t require such a strict carb-loading protocol as the marathon. You won’t have to gorge yourself on carbs for days before the race to run to your potential. 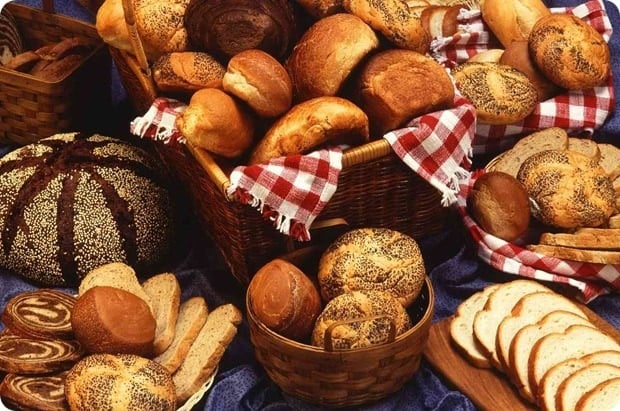 Most of us already store enough carbohydrates for about two hours of running at a moderate intensity. So if you’re a sub-2 hour half marathoner, you don’t have to change your fueling strategy at all before the race.

Still, you might give yourself more energy by eating a carb-rich dinner and breakfast right before the race. It’s certainly not a time for avoiding carbohydrates (so don’t eat a salad and a steak…). Breakfast before the race should focus on carbohydrate and be relatively simple: a banana and small bowl of oatmeal is perfect.

During the race, most runners will only need the equivalent of 1-2 gels (or roughly 30 to 60g of carbohydrate) spaced evenly through the race. I prefer one gel at mile 7 of the race, but I’m only running for about 74 minutes. If you’re out on the course for longer than 90 minutes, I recommend two gels.

Remember that gels are optional: find a mid-race fuel choice that agrees with your stomach and tastes good. Most commercial energy bars, gels, bits, and blocks work fine.

And if you want to make your own or prefer more natural, less processed race fuel, we include several make-ahead recipes in Nutrition for Runners.

What questions do you have about fueling for races?

Ask any experienced marathoner if they’ve ever had a bad marathon and they’ll almost always tell you horror stories of races gone awry: bonks, walls hit, and more walk breaks than they’d like to admit.

But isn’t that the beauty of running? The constant search for improvement is what draws us back to long races like the marathon over and over again. It’s seductive. It’s addicting. And it’s what makes our sport so inspiring. 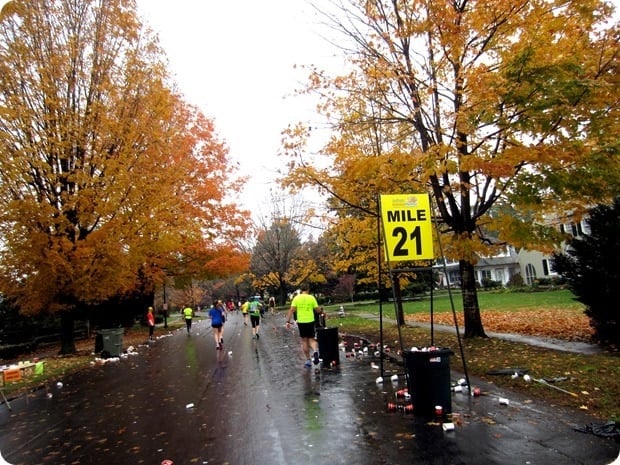 And I’m sure you have plenty of questions about fueling for the half and marathon. So I’m here to help! Leave any questions in the comments on this article and I’ll jump in to answer as many as I can.

Jason Fitzgerald is a USA Track & Field certified coach, 2:39 marathoner, and the head coach of Strength Running, one of the largest online coaching sites for runners. His passion is helping runners set monster personal bests. 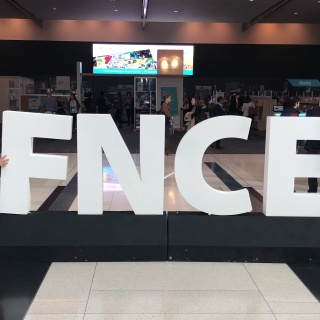 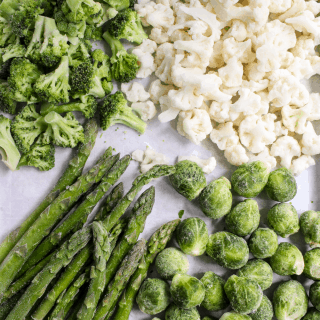 The Best Frozen Vegetables to Buy 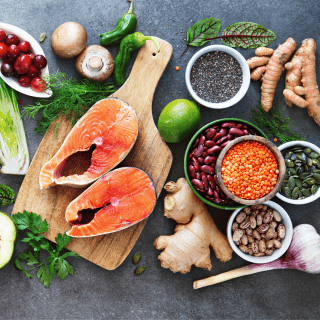 Ready to Stop Stressing and Start Enjoying Your Food Again? 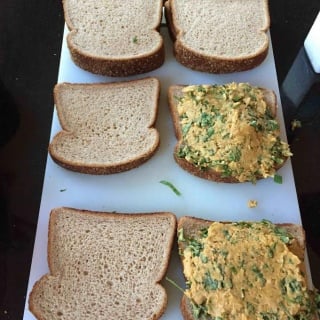