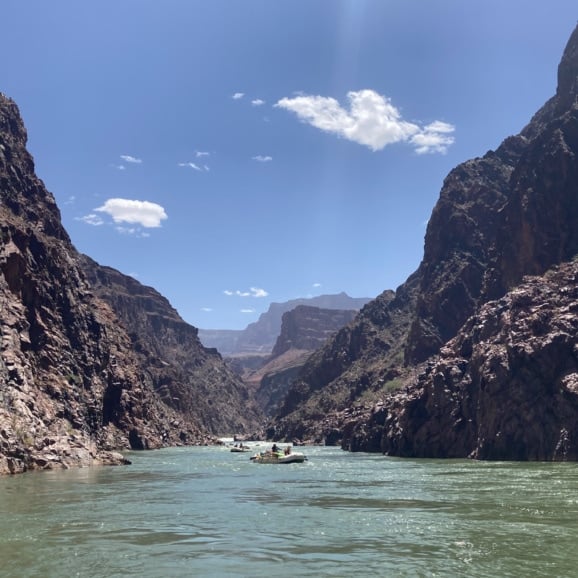 Matt is back from his big week+ long adventure: rafting the Colorado River in Grand Canyon National Park! 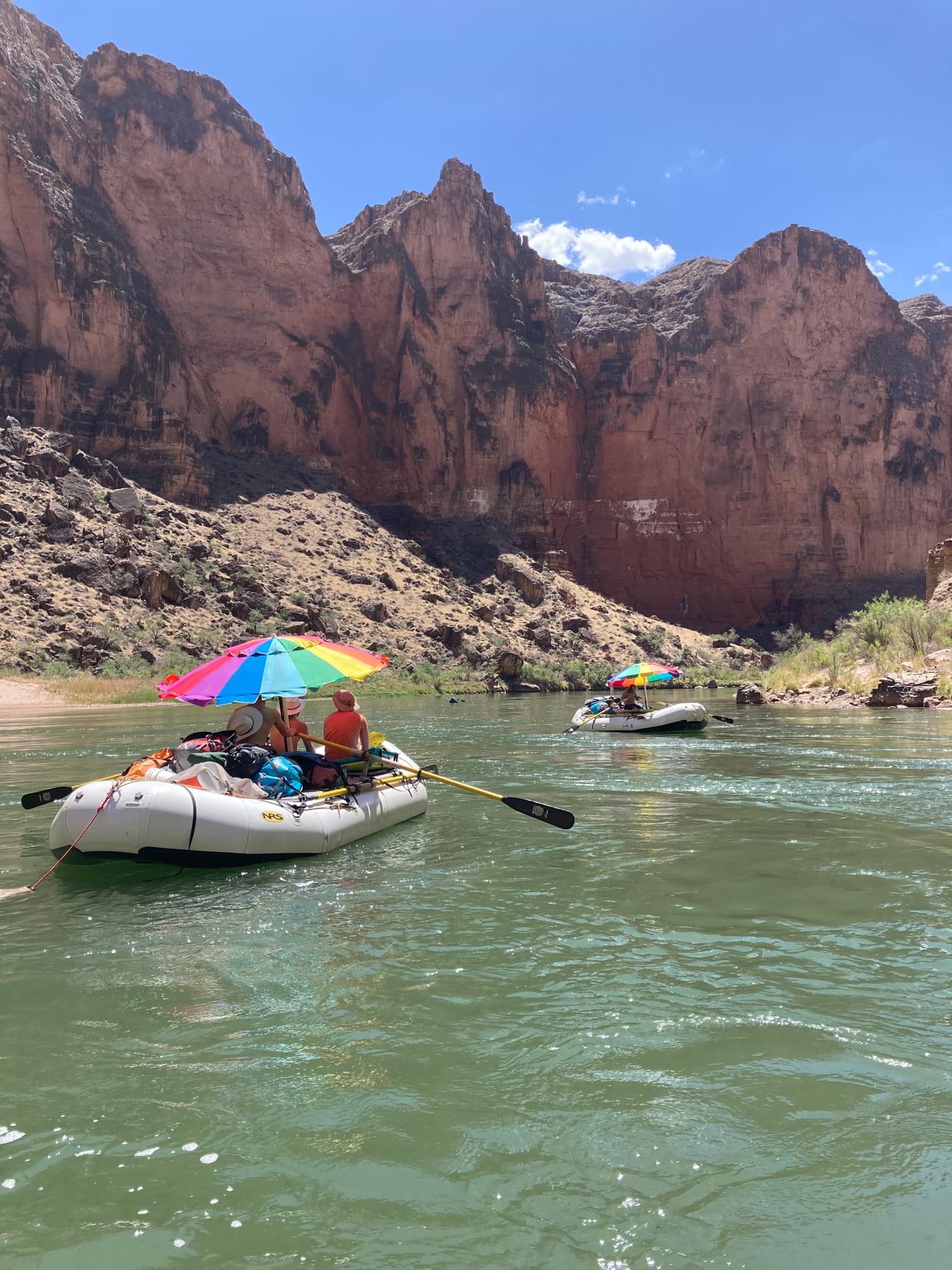 Since my week was way less interesting than his, I snagged some of his adventure pictures to share with you all as I thought you’d like to see them, too!

He had an amazing time, but he said it was really hard work!

Not exactly just floating along the river all day and chilling, like I imagined – apparently there were a decent amount of rapids to strategize around and you had to trade off rowing pretty hard all day vs. just floating and letting the current take you.

He was also on an unguided tour, so they were their own support staff. That meant once you got to your campground for the night you had to make all your own food, get the rafts secured and all the gear organized and ready for the next day, set up your camp, etc. 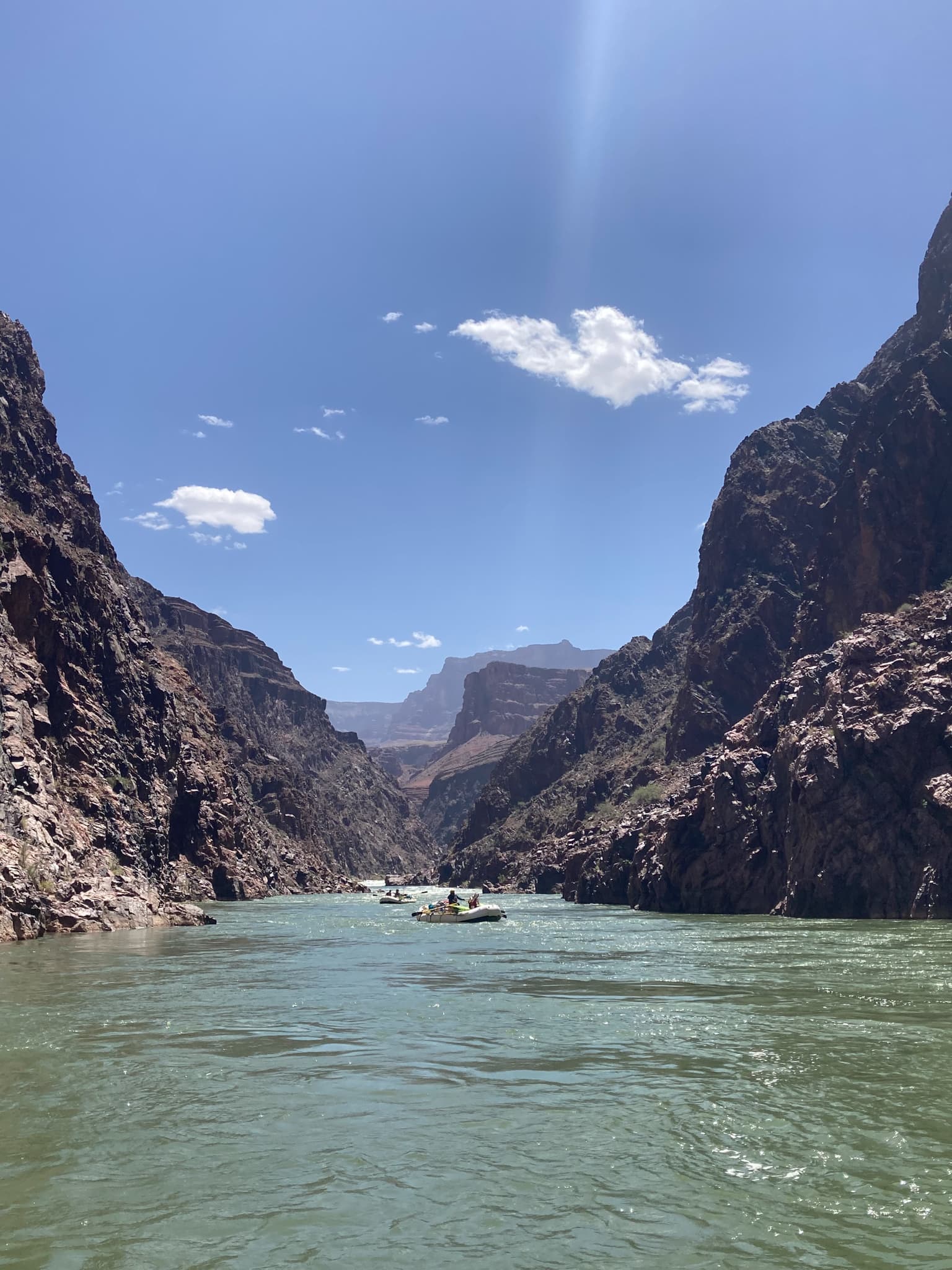 But he said it was one of the coolest things he’s ever done. I’m not surprised seeing the pictures after the fact! It looked so beautiful and wild.

He was totally out of cell service for the entire week so we didn’t get any updates while he was gone, which honestly sounds kind of amazing to me in our super connected world – how nice would it be to be totally checked out and in the moment like that? I was jealous! 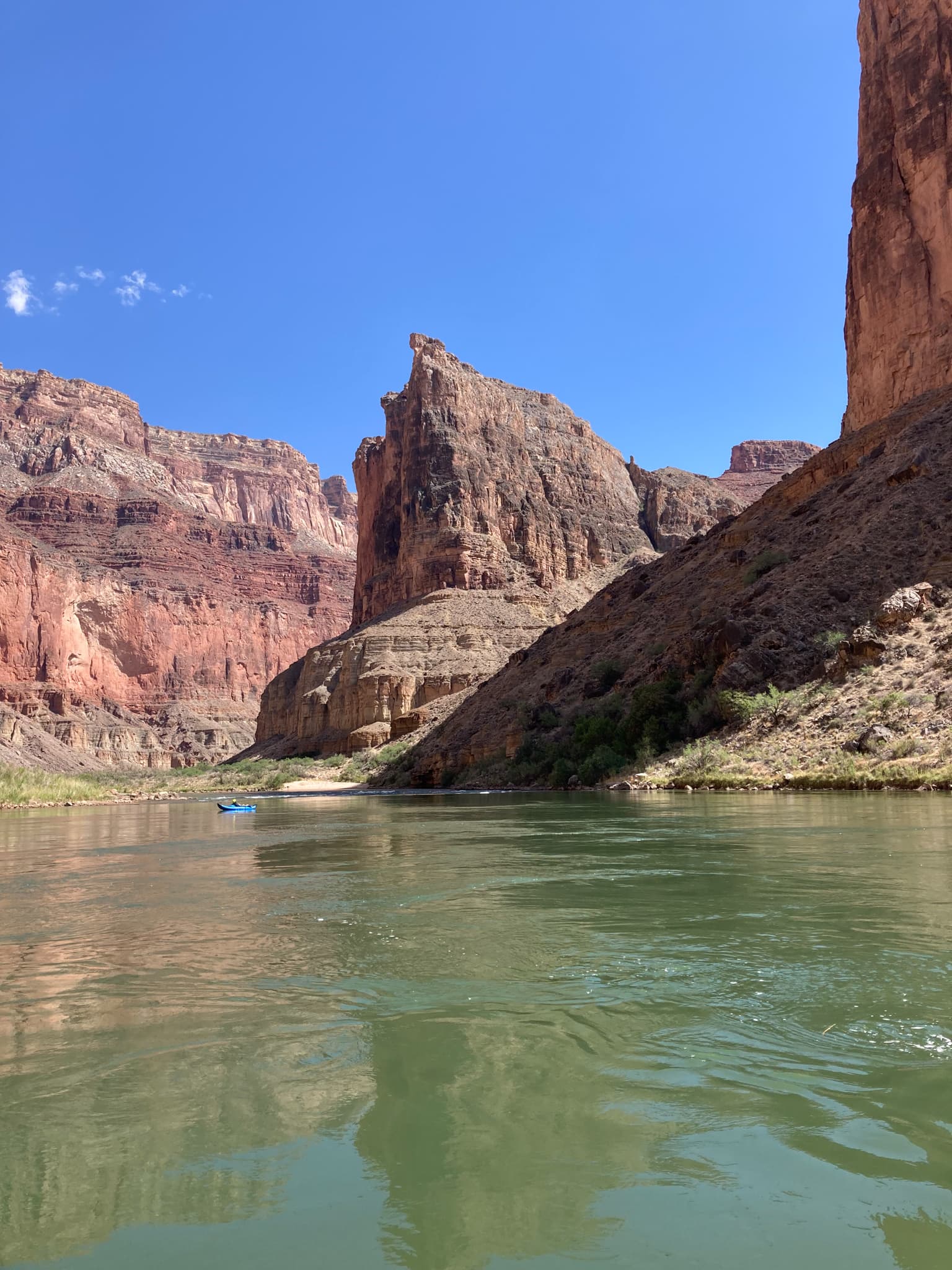 He also said the rapids were pretty legit. Doesn’t this look intense?! 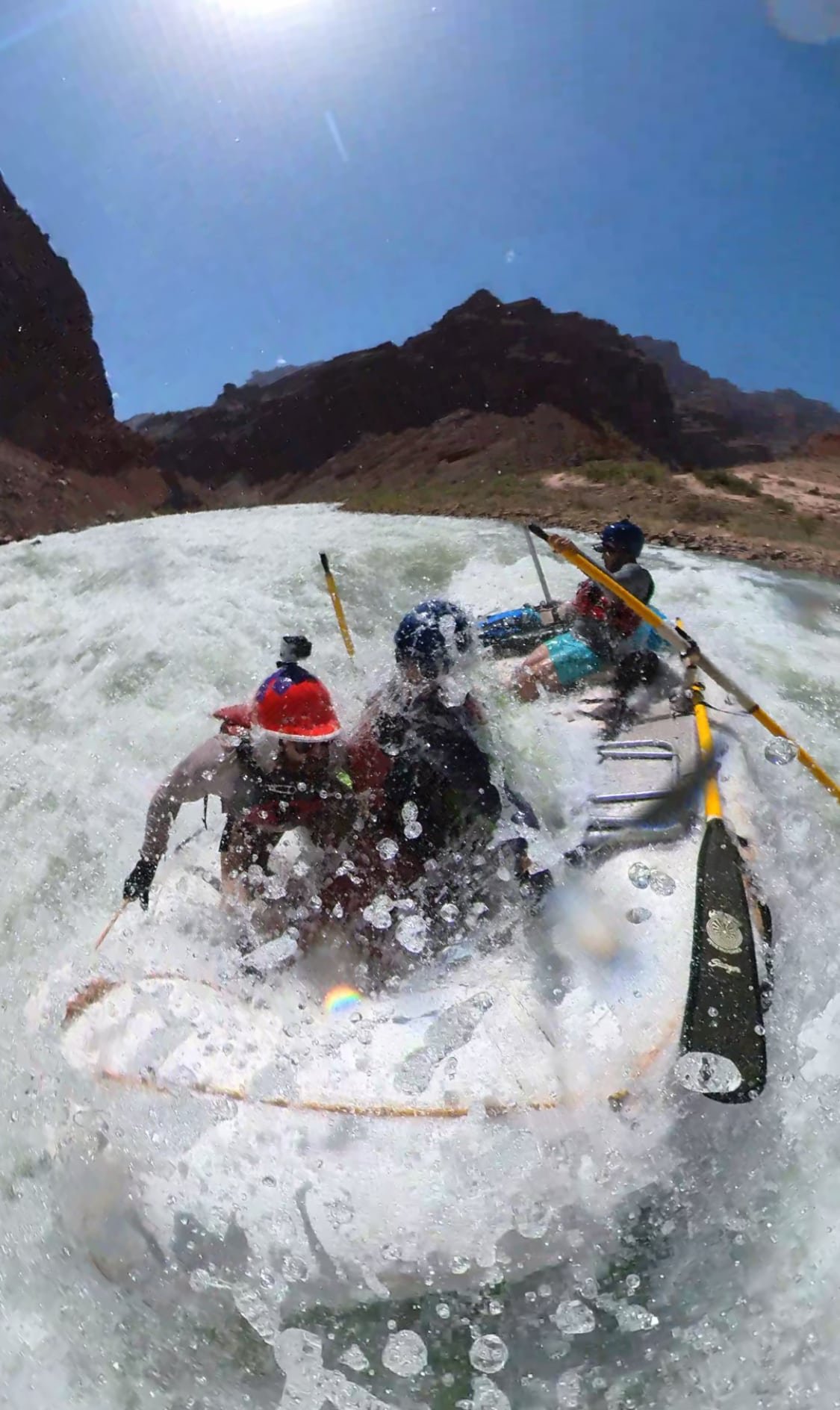 Not an edited photo at all! 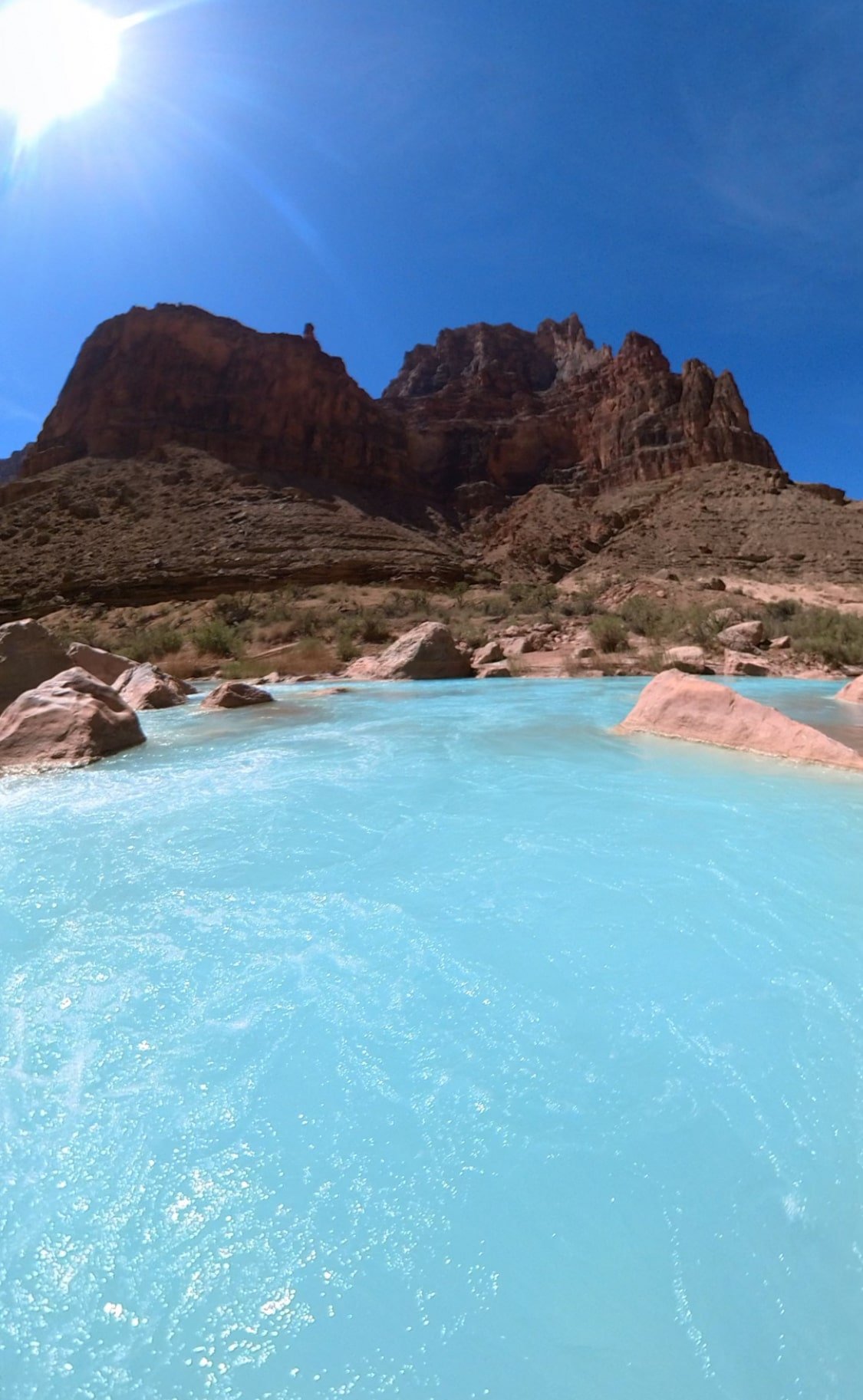 They also did a few small offshoot hikes and some canyon exploring.

Matt said the stars and sunsets were super beautiful, too. 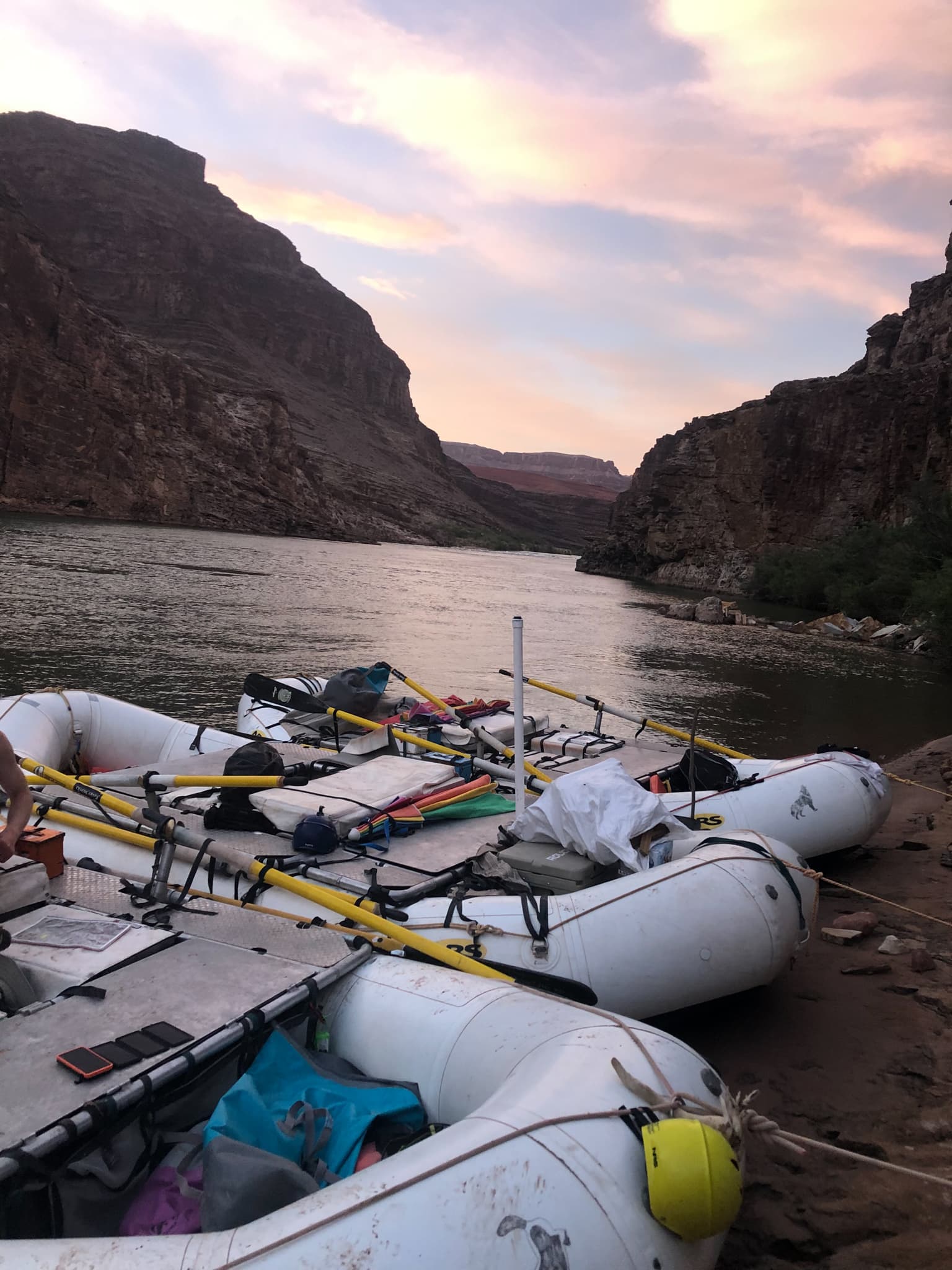 Since Matt and two of his buddies planned to leave after 1 week instead of staying the full 2 weeks (due to needing to get back to work and families), that meant they had to hike straight up and out of the canyon with their heavy packs, rather than ending the trip with a ride from the rafting company!

They hiked out at Phantom Ranch on the Bright Angel Trail. 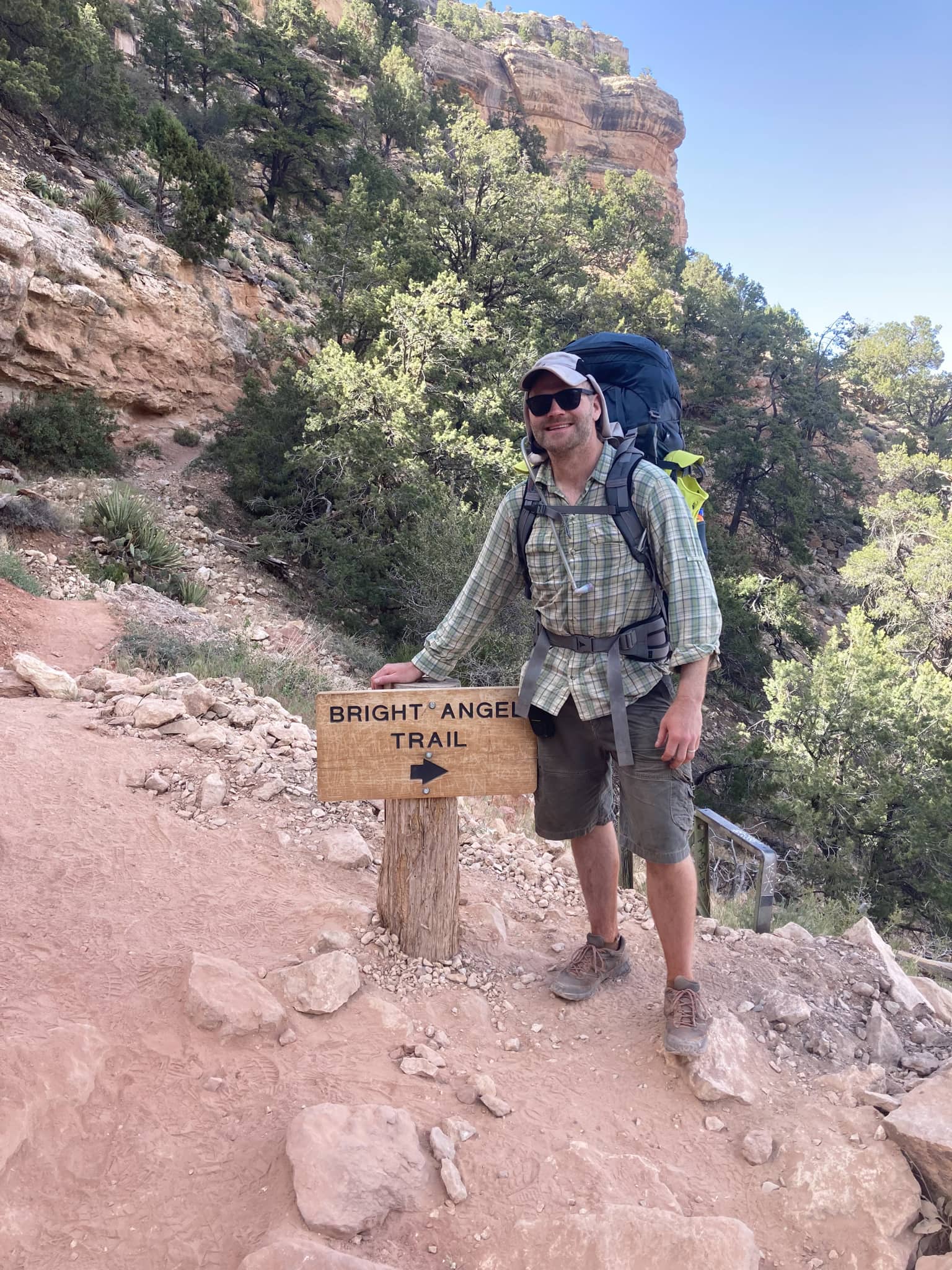 Matt said it was insanely hard – maybe even harder than the Mount St. Helens hike we did years ago with my brother that was legit insane.

He said the hardest thing was not just the 50 or 60 pound pack he was carrying straight uphill for 10 miles (!!), but also how HOT it was. Yikes!

Check out the epic view at the top though: 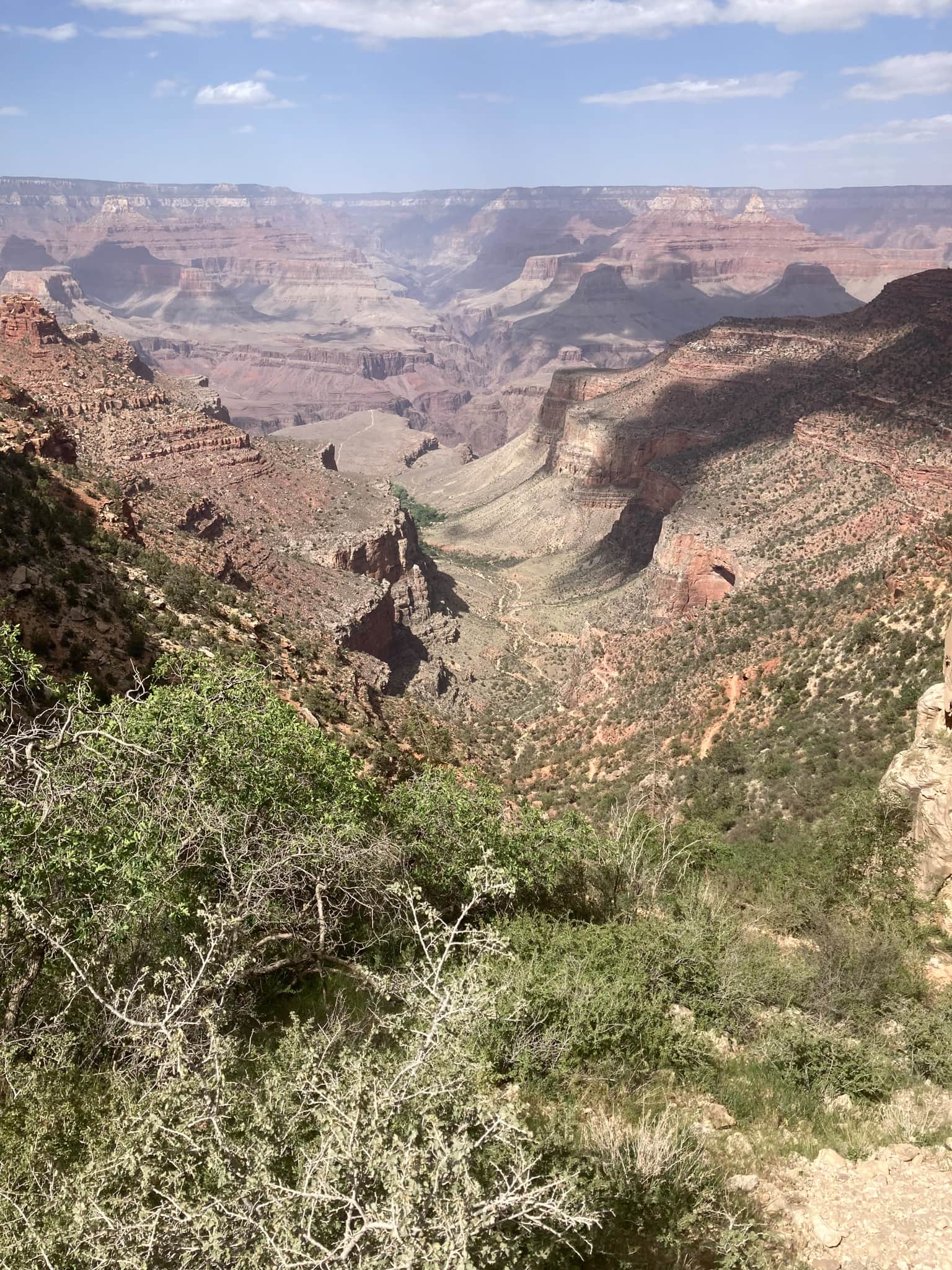 What an adventure! Riese, Wes, and I are glad to have him home safe and sound. 🙂

A huge shout out to my in-laws who stayed with us for the entire week while he was gone – I was SO grateful for their help!! It was wonderful to have them with us and we were all really sad to see them leave.

They are so great with the kids and super helpful around the house, too; I was even able to get out for a couple girl’s nights and to get my hair highlighted and cut! 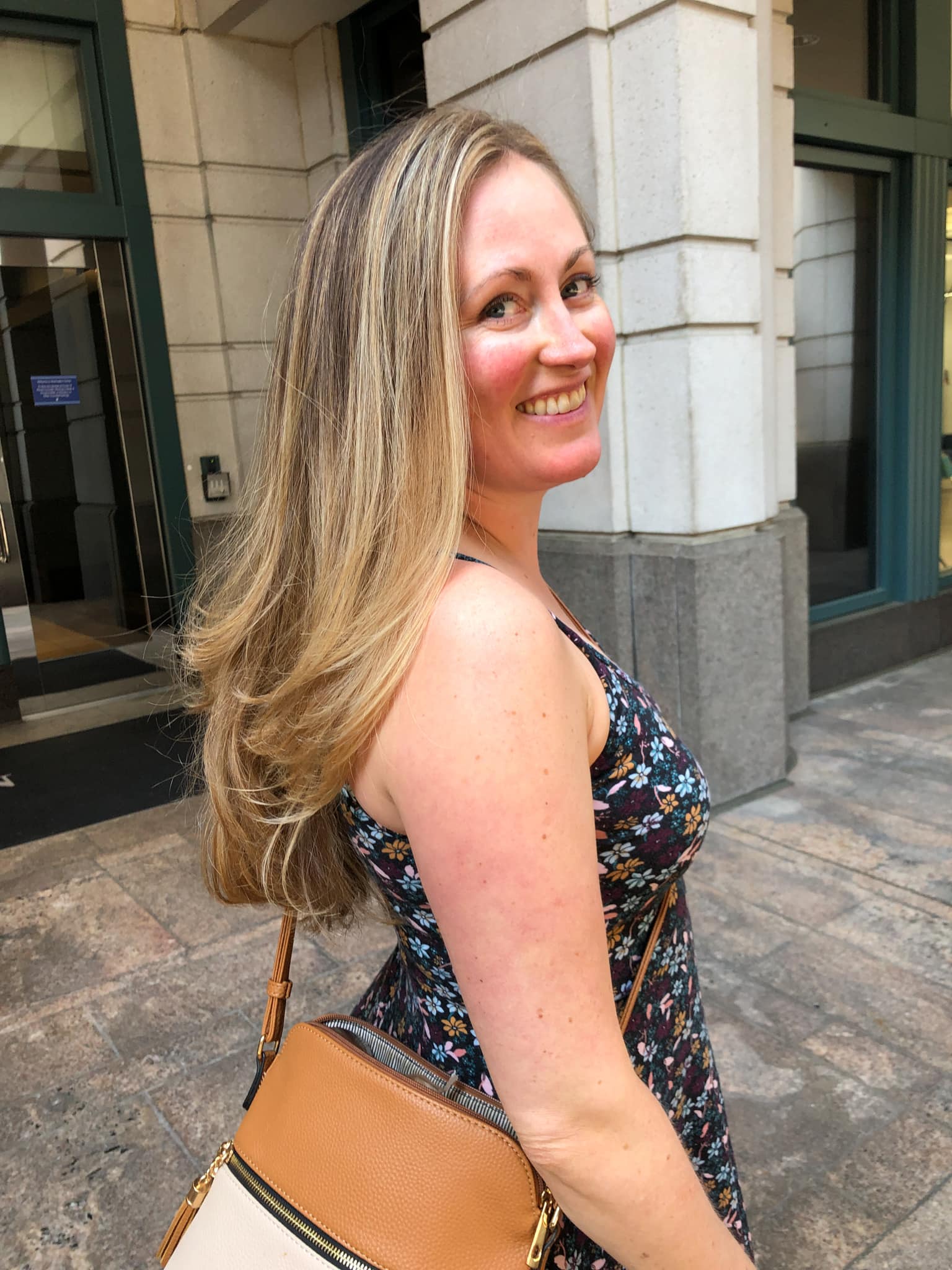 I felt more refreshed at the end of their visit than I have in a long time… turns out, unsurprisingly, that a 3:2 adult:kid ratio is much better than 2:2, especially when all of those adults are also not trying to work. 😉

Have a great week, friends!

Have any of you rafted the Grand Canyon?! What did you think?

And if not, have you ever tried white water rafting? Where was it and what did you think? I’ve gone a few times before – the most notable of which was a white water rafting adventure on our honeymoon in Costa Rica (<- fun trip down memory lane to re-read that recap from 2012)! 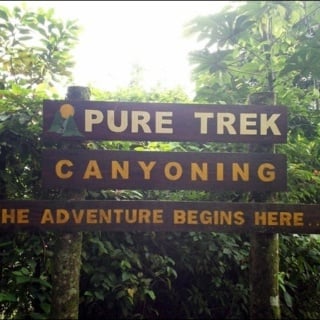 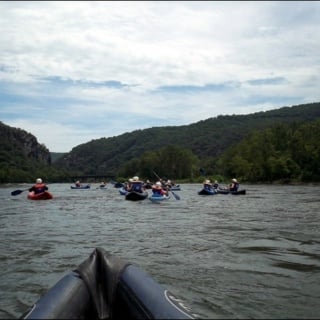 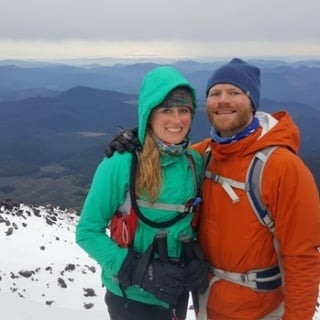