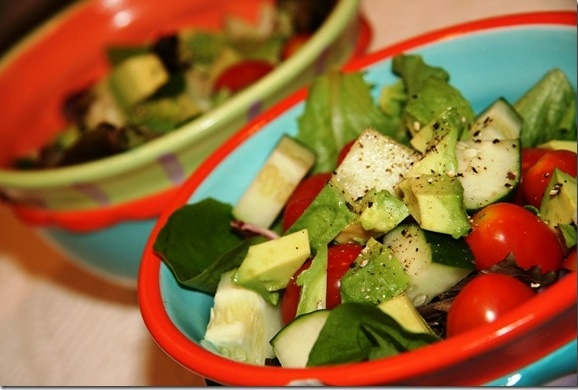 Not Your Ordinary Spaghetti and Meatballs

I had a special visitor for dinner last night — my dad! He’s in town and asked last minute if I would feed him some dinner. It was great to see him! 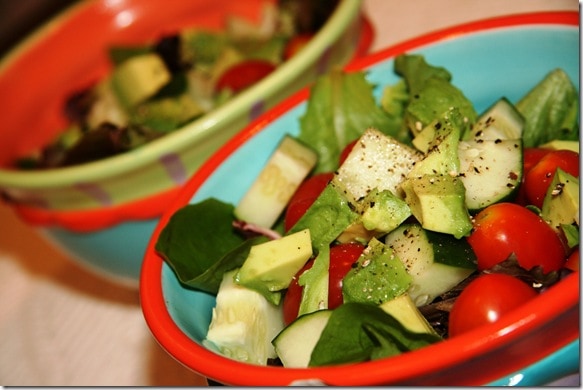 He requested “no hippie food” and asked for something along the lines of salad and spaghetti and meatballs for dinner, lol. Clearly I slightly improvised 😉 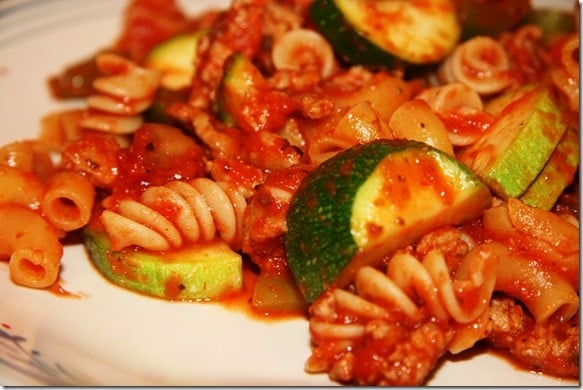 I had some whole wheat rotini and quinoa (!!) elbow pasta in the pantry that I wanted to use up, so I decided to be sneaky to see if he noticed it wasn’t normal pasta 😉 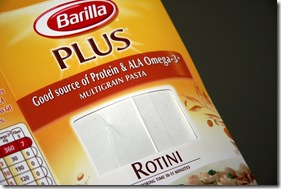 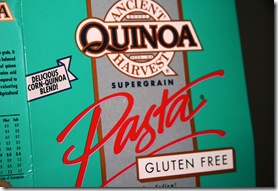 Verdict: he totally didn’t notice 🙂 I asked halfway through if he thought there was anything weird about the pasta, and he said no and that it was delicious! Success! He was very surprised when I told him the spirals were whole wheat and the elbows were made from (gasp) that “hippie food” quinoa! Heh

And added lots of veggies. I love bulking up pasta with fresh veggies — it adds nice texture AND lots more volume for minimal calories, so you are full on less pasta! 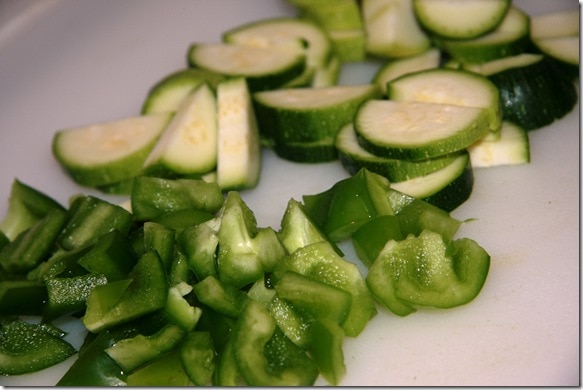 My dad hung out in the kitchen while I made dinner. He’s a decently healthy eater (and a big runner, so he’s in fantastic shape), but has absolutely NO clue about cooking — left to his own devices he will have cold soup out of a can, hehe. He reads my blog every day, but was still amazed watching me cook, asking things like “Aren’t you timing that? How do you know when it’s ready?” and “So you REALLY know what you’re doing with this?” Hehe 🙂 Clearly my mom was the cook in our household!

Anyway! I started by sautÃ©ing the ground turkey in a large pan over medium high heat with some cooking spray. My dad’s not a fan of garlic, so no garlic tonight 🙂 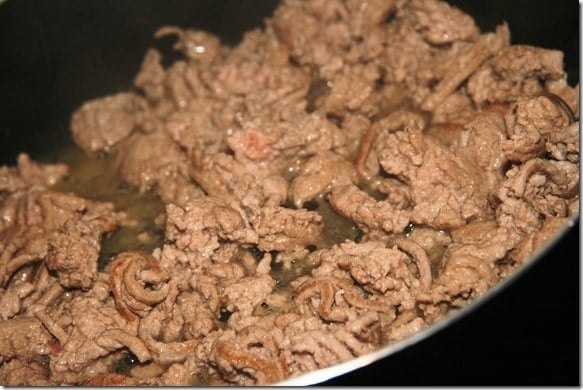 Once it was fully browned/cooked, I added in some pasta sauce. I was too lazy to make my own, plus I love Prego’s “fresh mushroom” marinara sauce. Why mess with awesomeness? (Although it does have a good amount of sodium.. oh well)

And then I added in my veggies — chopped zucchini and green pepper. 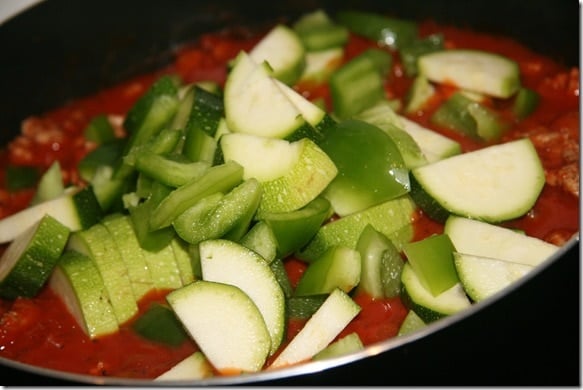 I turned the heat down to medium low and put a lid on top so the veggies would steam. 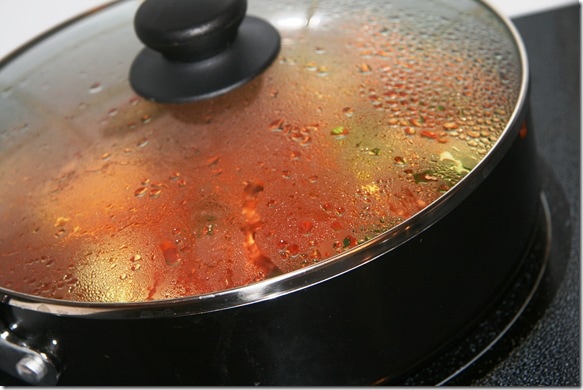 A couple minutes later, and it was ready to go! I had already boiled the pasta in a separate pan, so I drained it and added it on in, along with some extra marinara sauce (I’m obsessed with sauce). 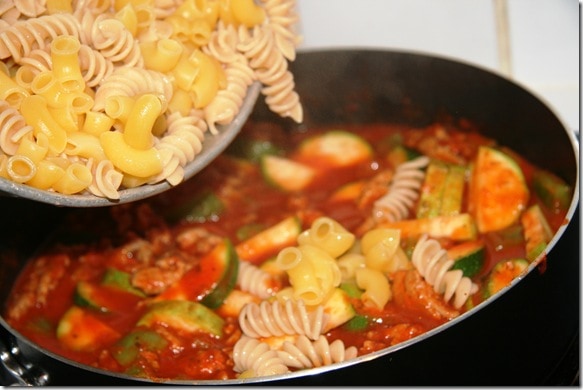 Delicious and super easy. Plus, I have lots of leftovers! 🙂 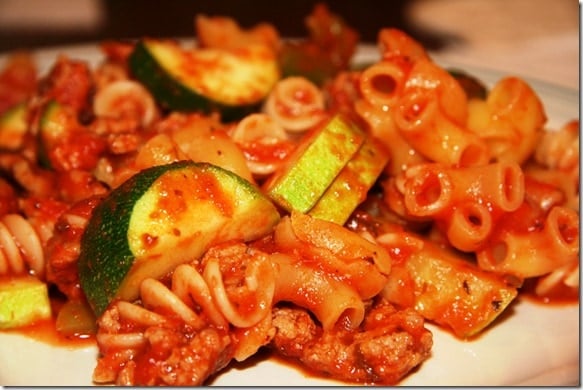 I also made us side salads with mixed greens, cherry tomatoes (my dad’s favorite!), cucumber, and avocado, topped with balsamic vinaigrette and a little cracked pepper. Delish 🙂 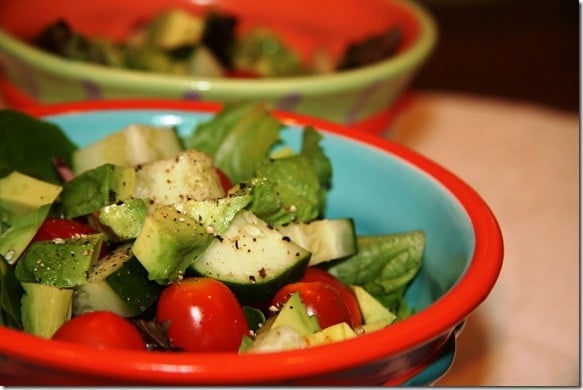 I think it’s safe to say my dad was impressed 🙂

Who’s the cook in your family? Is your family into healthy eating? I didn’t get into cooking until after college, so my mom was always the cook in ours, though she prefers baking to cooking! Her cookies are pretty much to die for. 🙂 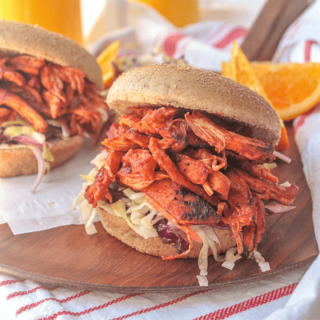 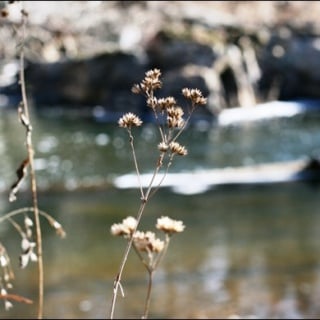 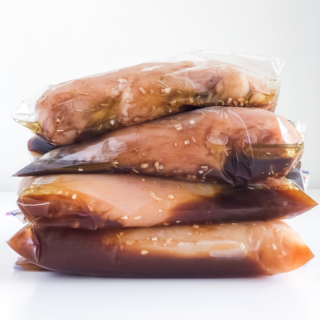 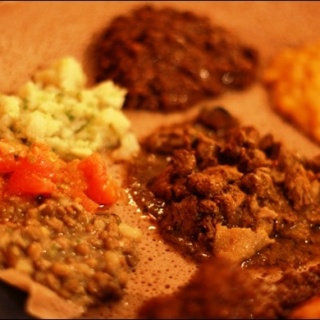