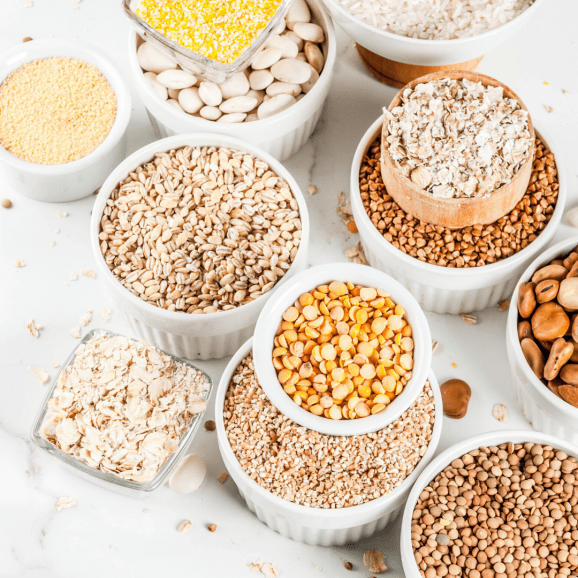 What’s the Deal with Sprouted Grains?

Thank you to my friends at Kashi for sponsoring this post!

Have you guys heard of sprouted grains? The nutritional superstars are popping up all over ingredient lists and grocery store shelves lately. But what are they?

To understand sprouted grains, let’s first talk a little bit about grains. Grains (wheat, rice, corn, oats, barley, etc.) are actually the mature, dormant seeds of plants (cereal grasses). Just like any other seed (and beans!), under the right temperature and moisture levels, these seeds contain the potential to continue the life cycle and germinate – sprout – into a new plant. For example, wheatgrass, the green grass looking stuff that often finds its way into virtuous shots at juice bars, is simply the young grass of fully sprouted (germinated) wheat.

There are three edible parts of a whole grain – the germ, endosperm, and the bran, which are not only nutritious for us but also important in the growth cycle of the grain. The germ is the plant embryo; when it grows, it will feed on the endosperm. Once the grain/seed has started to sprout, but before it has developed into a full plant, it’s considered a “sprouted grain.” You will be able to see this – the bran will be split open with a shoot poking out.

In the sprouted grain stage, some of the starchy portion of the grain will have been digested by the shoot – this is what fuels its growth, and what also accounts for the nutritional differences between sprouted and regular (non-germinated) grains. Basically, the grain will now have less starch in relation to protein, vitamins, and minerals. Enzyme activity will also have transformed the long term storage starch of the endosperm into smaller, easier to digest (for us, and the growing plant embryo) molecules. 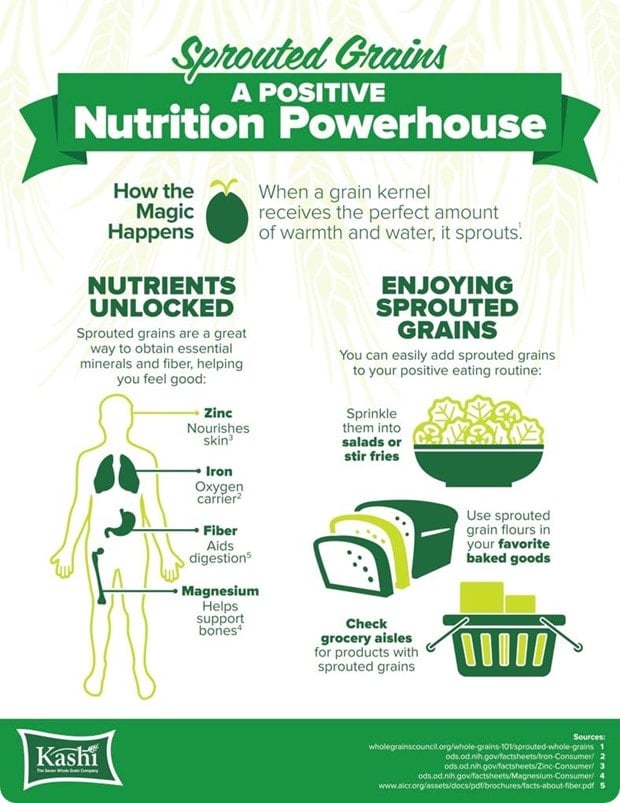 Some research also suggests that certain vitamins and minerals (like vitamin C, iron and zinc) may be easier for us to absorb after sprouting, too, likely due to a reduction in phytates, which are a natural compound that normally inhibit mineral absorption from some plant foods. Many grains, legumes, nuts, and seeds contain natural chemicals, like phytates, that help to protect them from sprouting prematurely, but these can also make it harder for us to absorb the nutrients from them. Sprouting can help to reduce these natural chemicals and free up some of the nutrients for absorption. 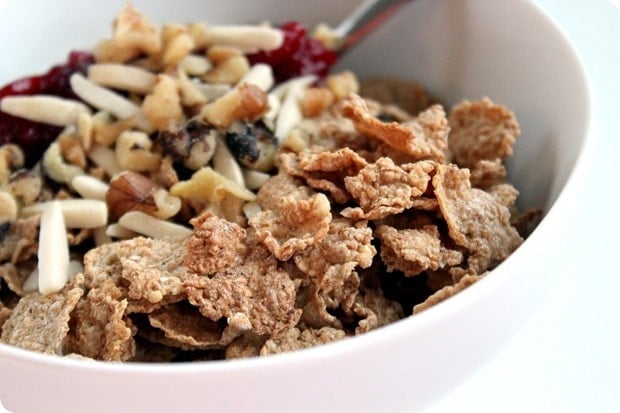 The cereal will be available at select grocery stores (Whole Foods, Costco, Kroger) nationwide starting in April. I was lucky enough to get a sneak preview – check out the awesomely covert white box! Matt was like, what the heck is this?! 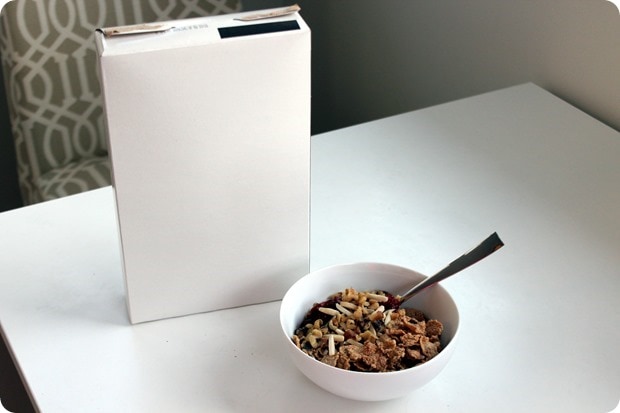 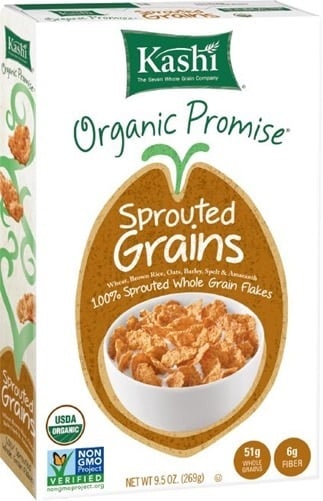 The cereal will be part of their Organic Promise line; it’s USDA Certified Organic, vegan, Non-GMO Project Verified, and has no artificial additives or preservatives. Check out this stellar ingredient list:

Right up my alley. It also provides of 6g fiber and 6g protein (awesome for cereal!) per 1 & 1/4 cup serving. As for the taste, both Matt and I really like it! Not too sweet (I hate sweet cereal – this has 9g sugar and it was the right amount of sweetness) and really crunchy, which I love. I’ll absolutely be buying this when it’s out in stores and will be adding it to my list of cereals to recommend to clients, too.

I’ve mostly been enjoying handfuls of it as a snack – especially in the early mornings pre-workout on days when I’m not hungry enough to have a whole piece of toast with nut butter, but this morning I had it for breakfast. I was hot and hungry after a morning run and in the mood for something quick – perfect. 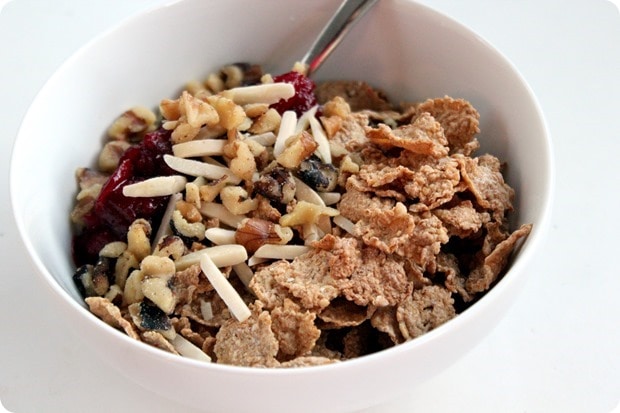 I had a mixture of full fat cottage cheese, slivered almonds and walnuts, the sprouted grain cereal, and some leftover homemade cranberry sauce. SO good! Great salty/sweet mix and loved all the texture, too. I think I’ll be having the exact same thing tomorrow!

Are you a sprouted grain fan? I also like sprouted legumes! If you’re interested in sprouting at home, here’s a good post I found: how to sprout seeds, beans, and grains at home. 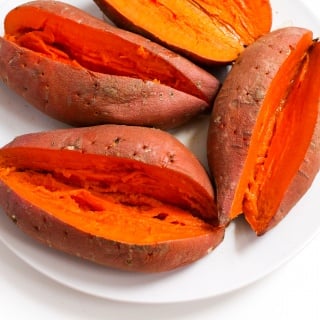 How to Cook a Sweet Potato in the Microwave (+ Recipe Ideas!) 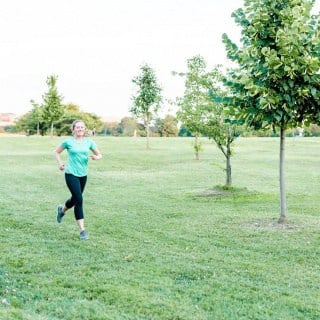 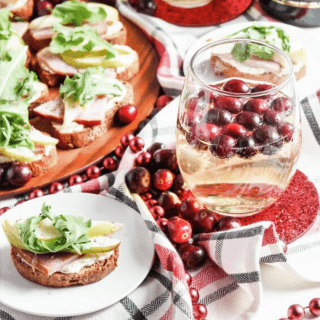 How to Have a Stress-Free Holiday Eating Experience 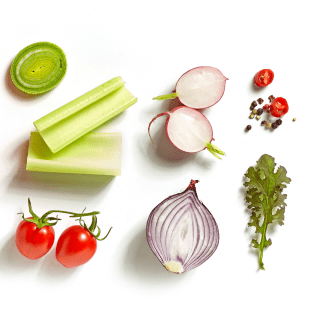