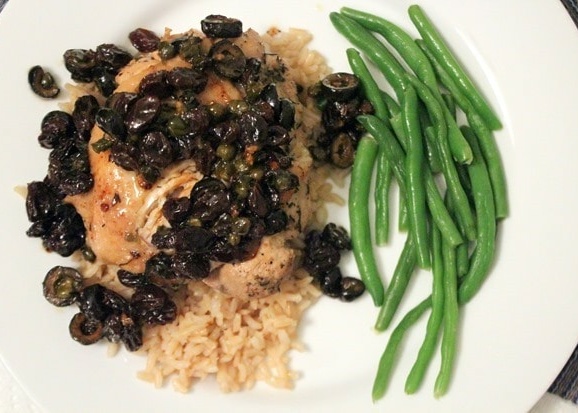 Hello, hello! Been a busy day over here in fANNEtastic food land today so far – lots of AnneTheRD client meetings and more to come this afternoon! 🙂

On the food front, last night was my night for the Tuesday night cooking challenge Matt and I do. I decided to bring an old favorite back out to play – Braised Chicken with Dried Plums, Olives, and Capers. 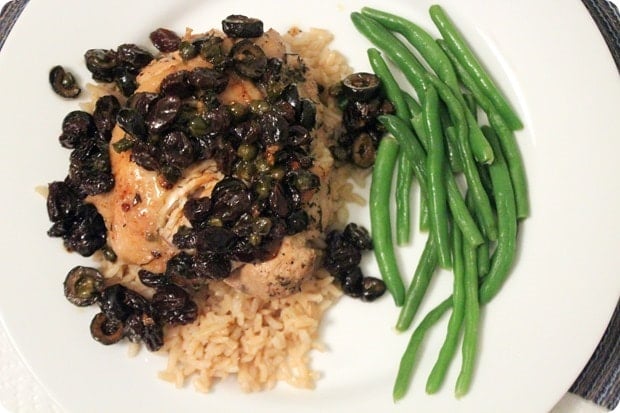 I forgot to pick up plums so I used raisins instead. The plums were better – but it was still good! 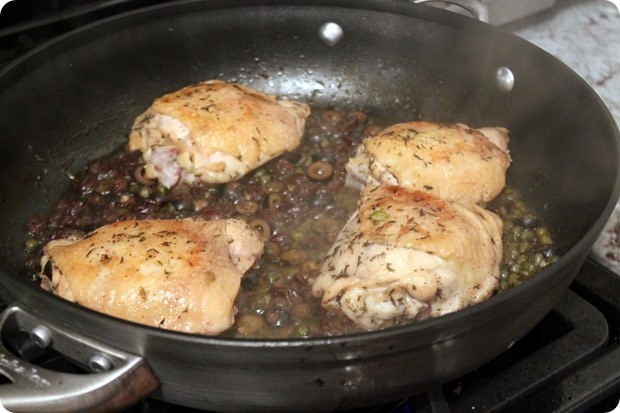 Served with some string beans on the side and atop some plain 90 second brown rice. Easy and delicious! 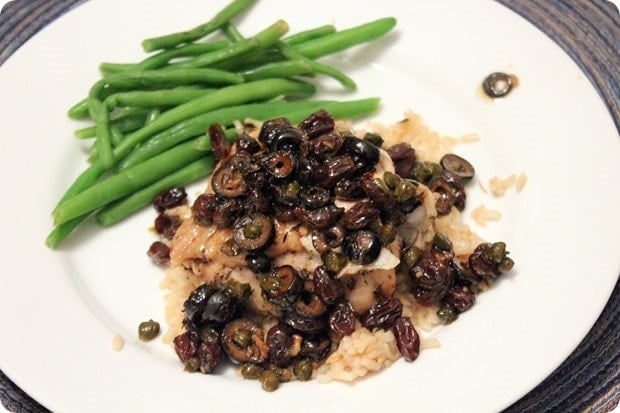 I made enough that we had leftovers for tonight, too. Win!

Another dinner we had recently was inspired by a recipe I found in the True Food cookbook – a seared tuna with sautéed greens. 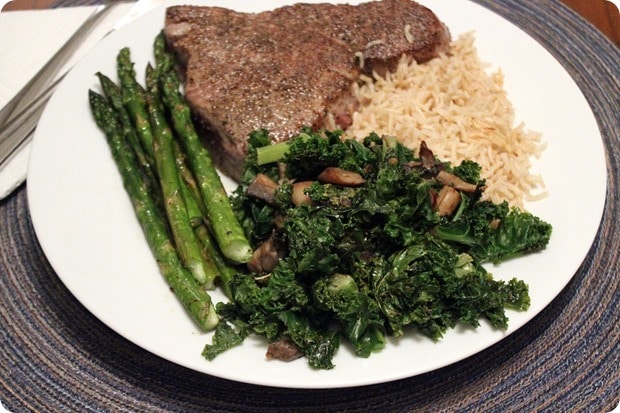 The tuna was simply rubbed with a little salt and pepper and seared in a pan with some oil. I like my tuna more on the rare side, so it didn’t take long! 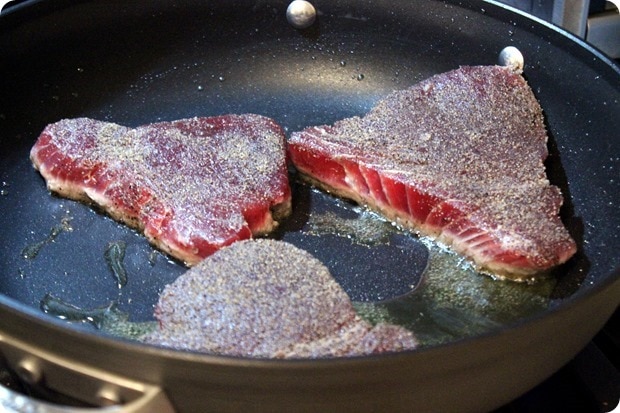 For the greens, I mixed together kale and mushrooms and sautéed them in some garlic and olive oil. So good! 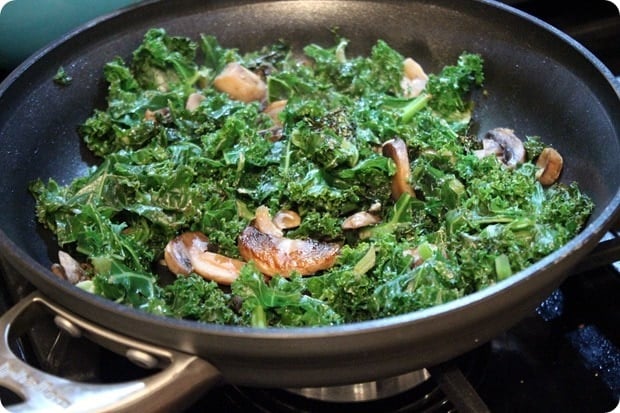 Plus some roasted asparagus, again coated in some oil/salt/pepper. 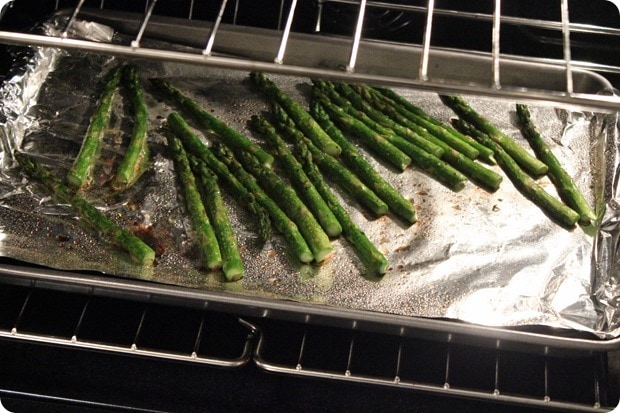 Rounded out with the ever present brown rice. I <3 rice. I actually made real rice this night instead of 90 second, though, since I had the time and thought of it! 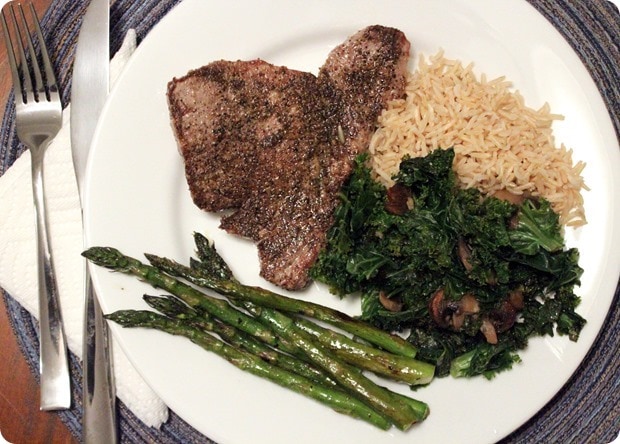 In related news, check out this cute menu board I bought the other day off Etsy! It’s cuter in person – the frame is a sort of blue gray, but more blue than it looks in the picture. 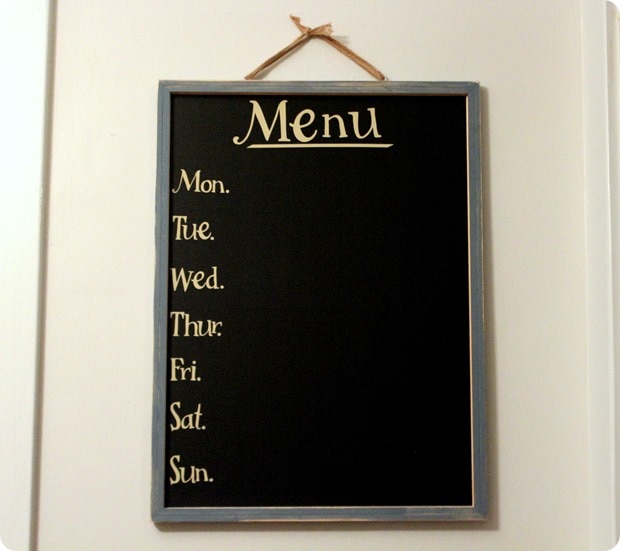 Chelsea wrote about buying this a couple weeks ago and I thought it was such a good idea I went straight to Etsy and bought the same one (in different colors and with a burlap hanging string – they let you customize them. I also asked to have Monday instead of Sunday first!). I think it will be a fun way to get me and Matt more excited about meal planning, at least loosely. And it looks cute in our kitchen, too – we had a big blank wall that fits it perfectly. Now we just need to pick up some colorful chalk and get to work with planning. 🙂

What easy dinners have you been enjoying lately? Do you have any sort of meal planning board/system? We normally take the wing it approach (but make sure the fridge is full of things that make throwing together healthy meals easy), but I’d like to get a little more organized about it. 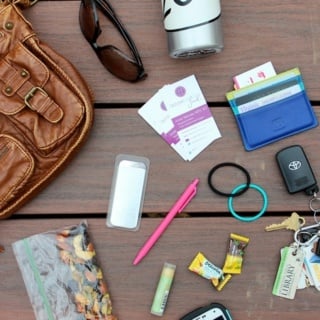 What’s in My Purse? 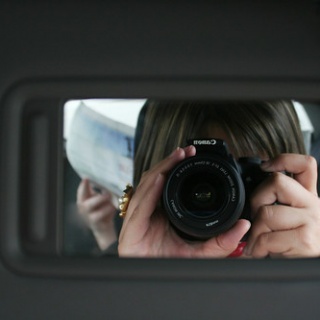 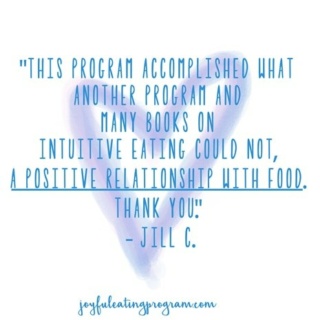 The Joyful Eating Self Study Program is here! 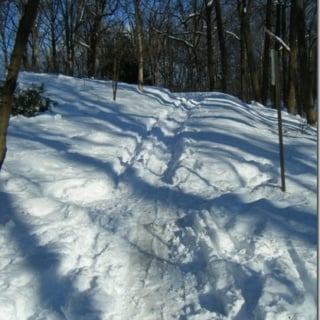 A snowy walk in the woods