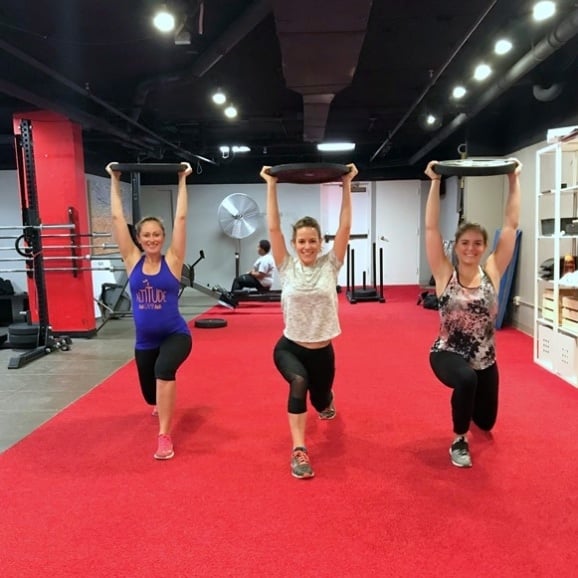 Battle of the Bumps!

Morning guys! I started my day off my favorite way – with a workout with the ladies! 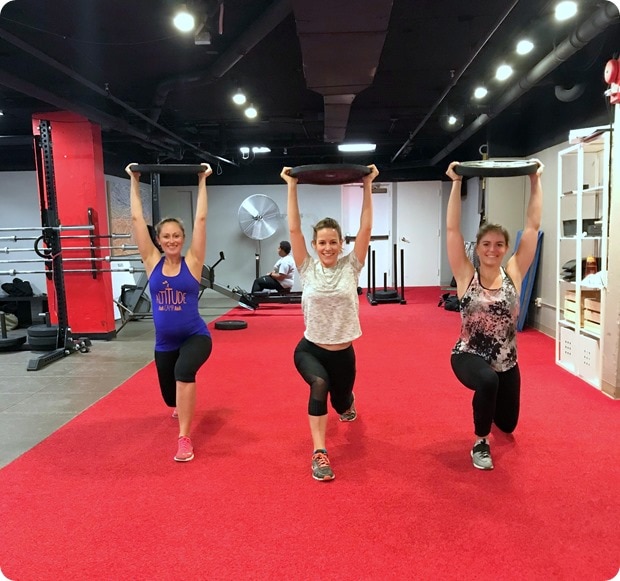 Chelsea, Kathleen, and I hit up Urban Athletic Club’s Glover Park location via ClassPass (<- affiliate link for $40 off) for one of their morning boot camp classes. They are doing a new format now that we don’t love as much as the old one (it’s basically longer, more repetitive intervals with less moves vs. shorter, faster intervals with a ton of variation – it gets pretty boring compared to the old format, so we haven’t been going to their gym as much lately), but it was still nice to get some movement in and see the ladies! I’m still modifying anything that doesn’t feel good or doesn’t seem safe (like doing step ups instead of box jumps, regular squats instead of broad jumps, leg lifts and arm lifts while on all fours instead of sit ups, etc.) and going slower than usual but otherwise feeling okay.

Kathleen and I decided it was time to reenact this photo that we took last July when she was about as far along as I am now! What a difference a year makes, huh?! Built-in medicine ball FTW. 😉 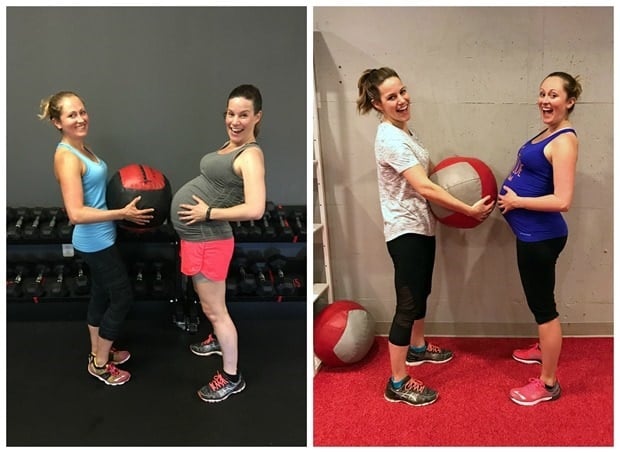 I’m working downtown today so my post-workout breakfast was picked up from Pret a Manger after a quick shower at the gym – I had a whole milk latte (their regular size lattes only have 1 shot of espresso so I don’t have to bother with the whole “half decaf” thing) and their egg salad and avocado baguette, which is delicious. 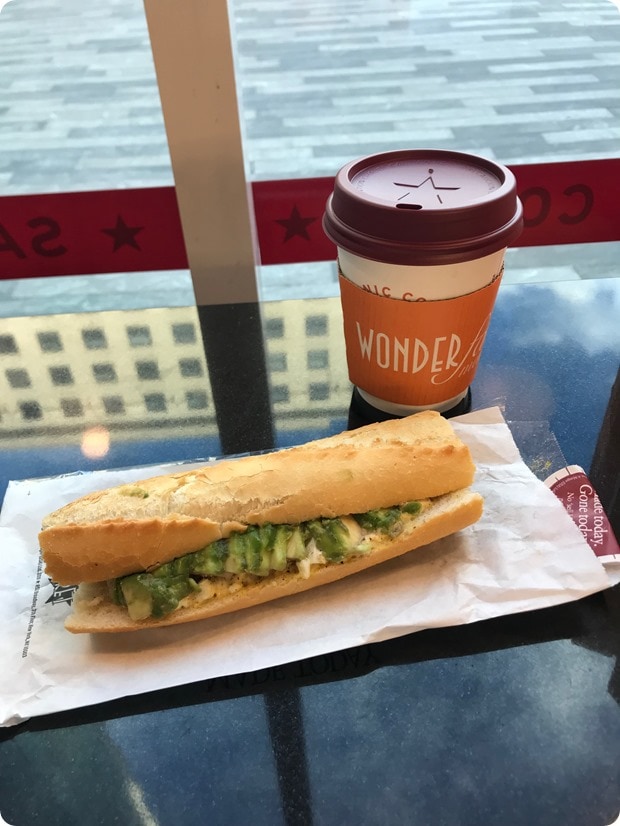 I’ll be back tomorrow with my 36 week pregnancy update… stay tuned!

Here are a couple fun fall-ish recipes to try this week/end: 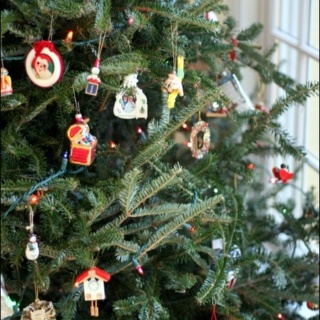 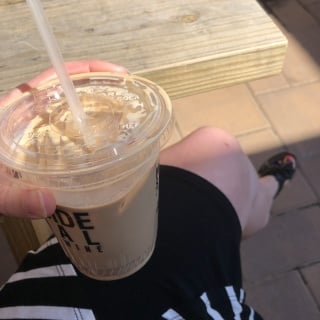 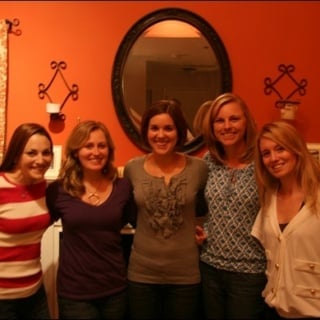