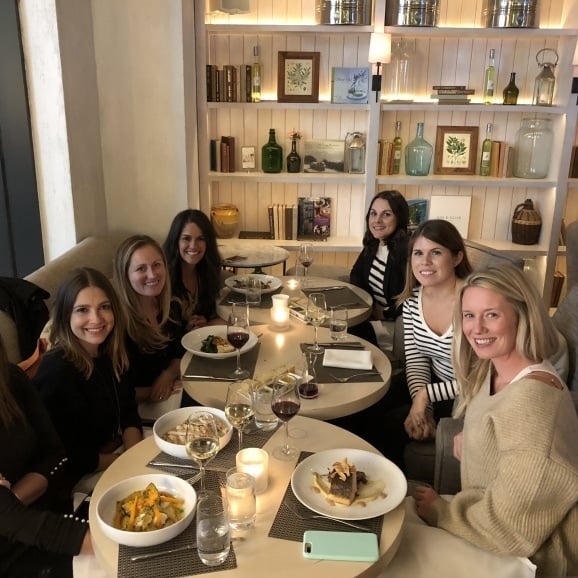 Hi guys! As you know, FNCE, the big annual dietitian conference, was this past weekend/early this week! I’ll be back to recap some of the educational sessions I attended, but for now, I wanted to do a quick recap featuring some of the food and social adventures I got into while FNCE was going on. Getting to see a bunch of my dietitian buddies in person is always one of my favorite parts of FNCE! 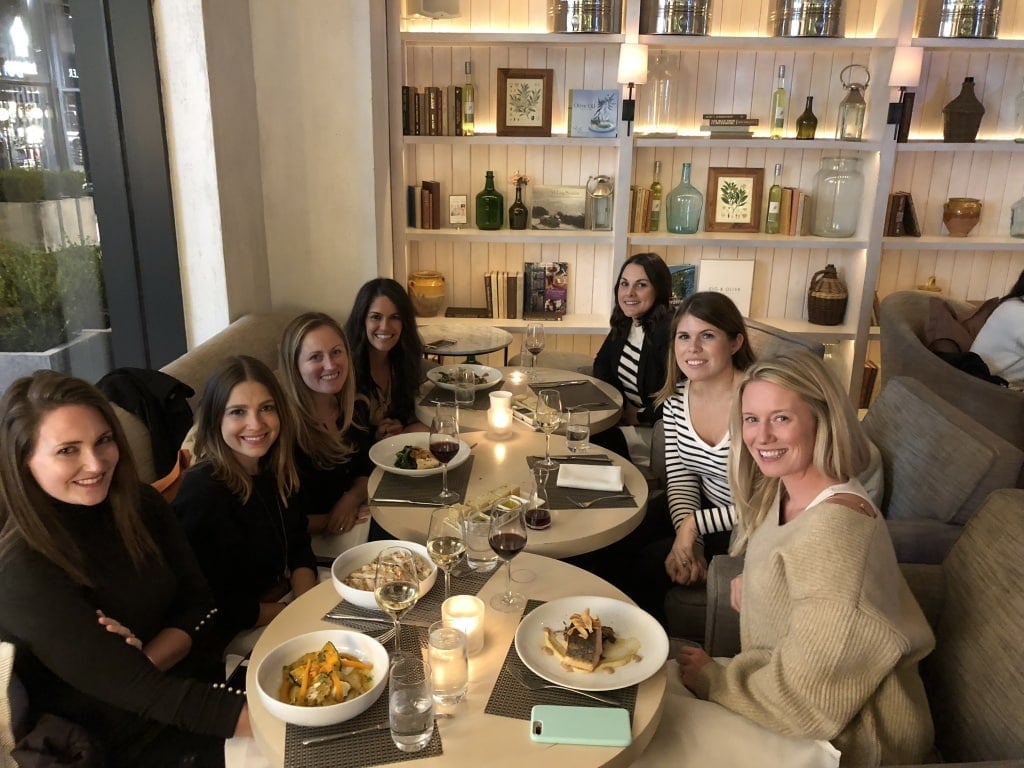 My favorite meal of the FNCE week was the dinner pictured above – a group of us went to a delicious spot called Fig & Olive near the Convention Center. Crostini to start! The pesto burrata was my fave – soooo good. 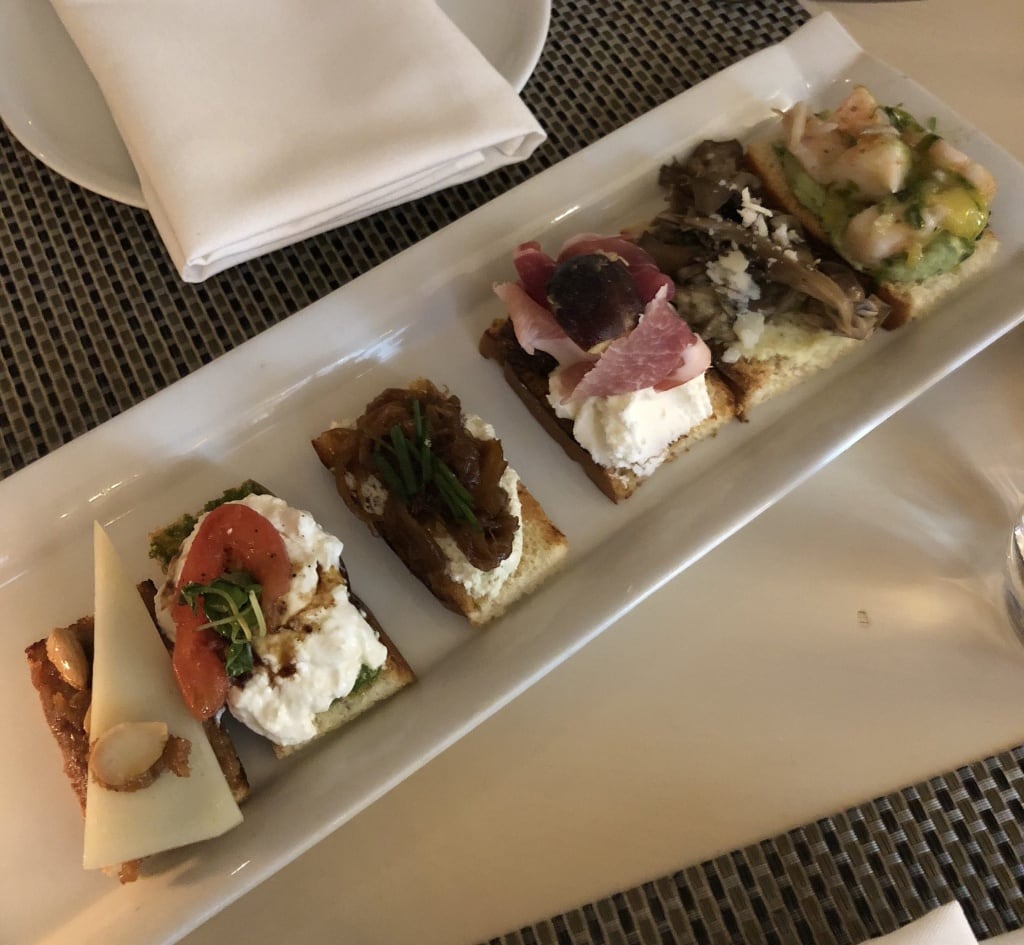 And for my entree, I had the sea bass! Also delicious. This was such a good dinner – great food and company and a really cool ambiance too! 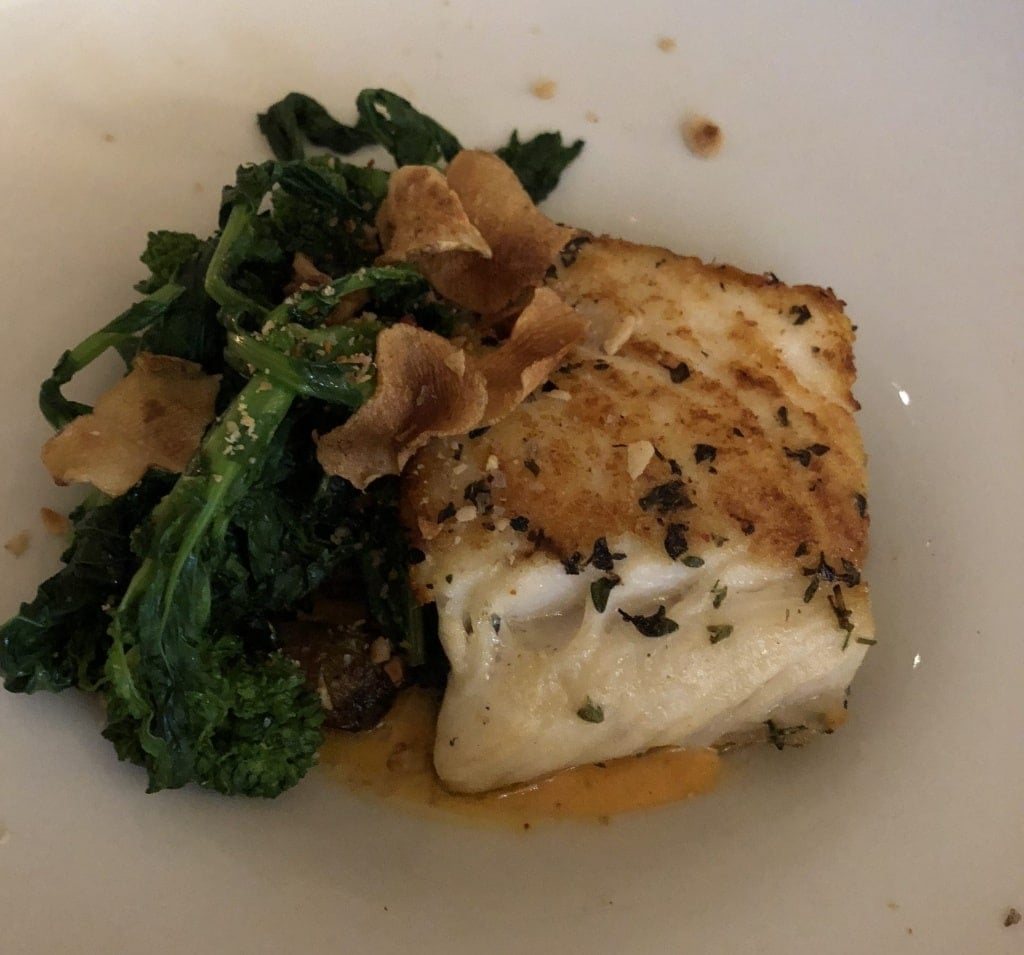 Another great meal was dinner on Monday night with Elle and Alexis! We stumbled upon a cool looking Asian spot called SEI that was able to seat us right away – perfect because we were hungry and Alexis had a flight to catch! I shared a few sushi rolls (the “fish and chips” with flounder, malt vinegar, potato crisps, and wasabi tartar was my favorite – so unique!) and the kale salad with Alexis. Terrible lighting, tasty meal! Plus some unpictured bubbly. 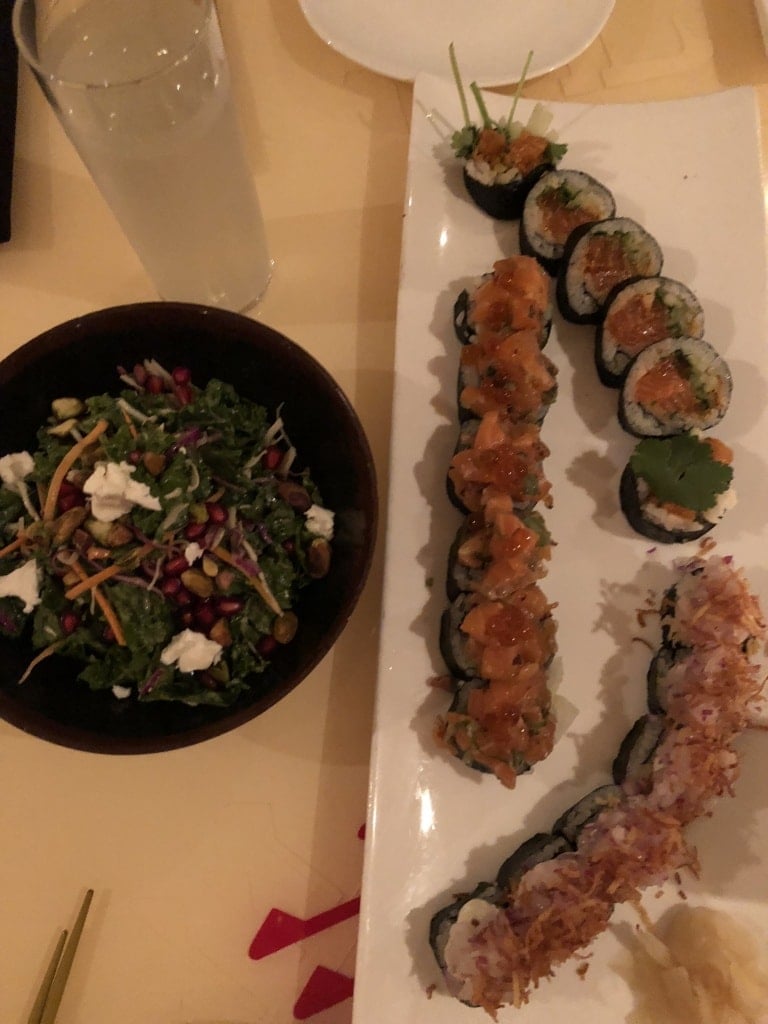 Also, earlier that night, the three of us + fellow RD buddies Julie and Rachael met Ellie Krieger at a Mushroom Council sponsored cocktail party! So cool. She was really friendly and told us that her husband forages for mushrooms in Central Park (apparently he’s quite the foraging expert – so random and cool)! 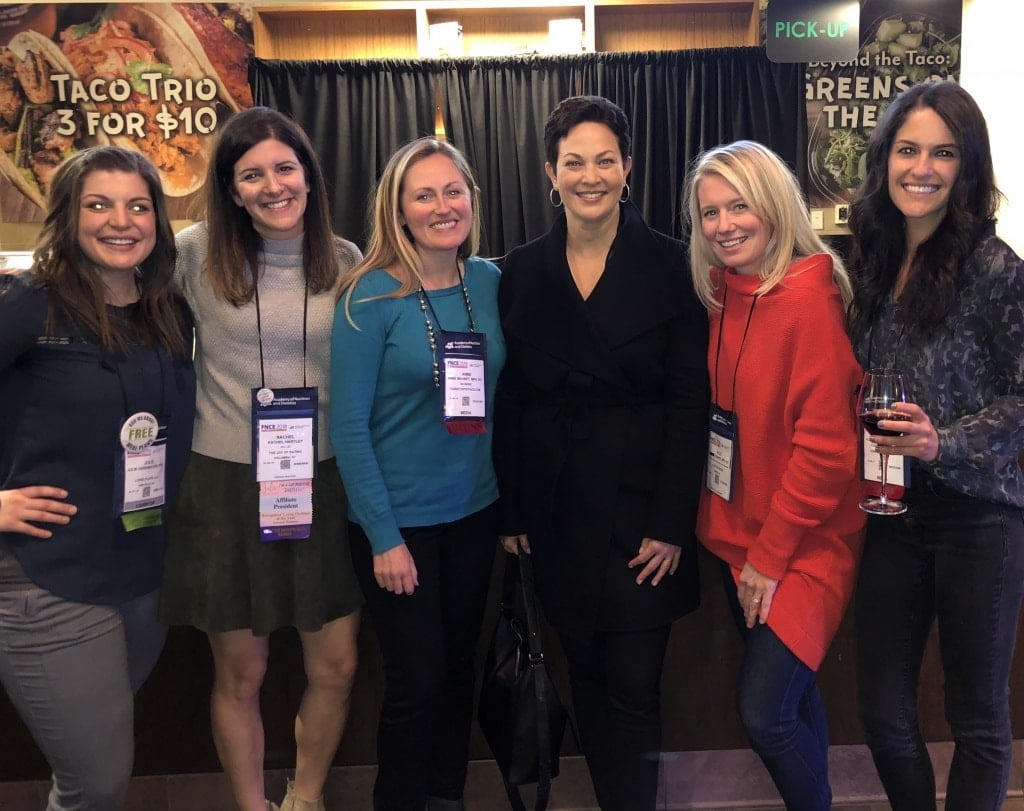 We also got in some workouts during FNCE – on Sunday, Elle and I went to a super early morning yoga event hosted by the Seafood Nutrition Partnership. It was in the Touchstone Art Gallery near the Convention Center – cool spot for yoga! Unfortunately the yoga instructor locked some of the mats in her car so there weren’t enough and she had to keep the class really short and low key, but it was still fun. We refueled with some make-your-own salmon grain bowls (with farro – so yummy and chewy) afterward! I’ll have to recreate this at home – loved the mango in particular. Salmon for breakfast? Why not! 🙂 Savory breakfasts always tide me over longer anyway. 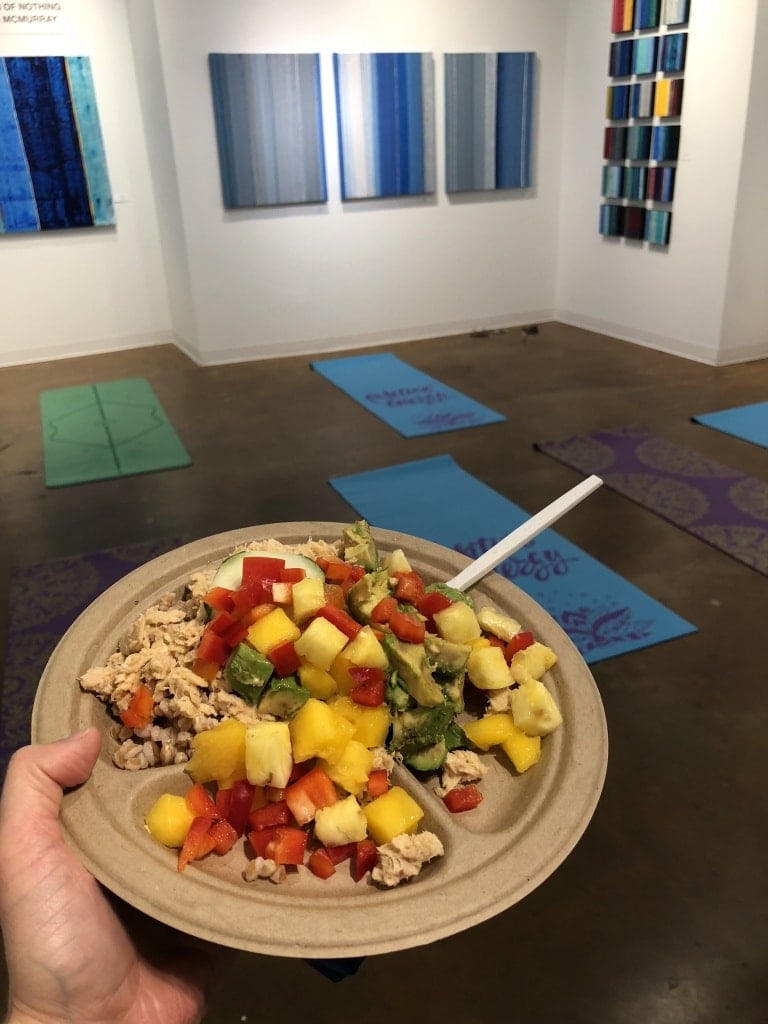 Early on Monday morning, a bunch of us went to a SoulCycle class hosted by the Blueberry Council. I hadn’t ever been to an official SoulCycle class – just a pop up class once as part of an event – so it was fun to finally do so! Spinning still isn’t my fave workout, but I enjoyed it and got a really good sweat. The instructor was fun and the facilities were really nice, too, which was good because we had to use their showers after – made more sense to stay downtown for the day vs. coming home. 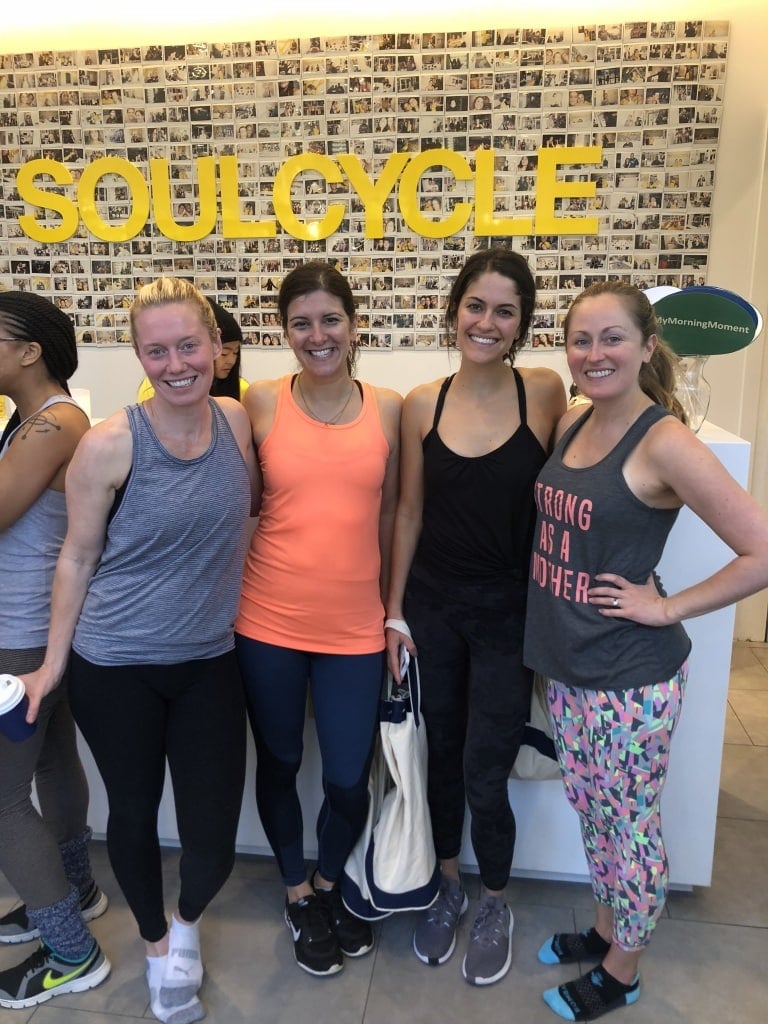 We refueled with some yogurt and blueberries while getting ready, then decided we needed a full breakfast so Elle, Alexis, and I met Meme for a second breakfast at Farmers & Distillers across the street. I had the spinach, mushroom, and cheese omelette plus a side of french toast and bacon. Yum! Their latte was really good too. 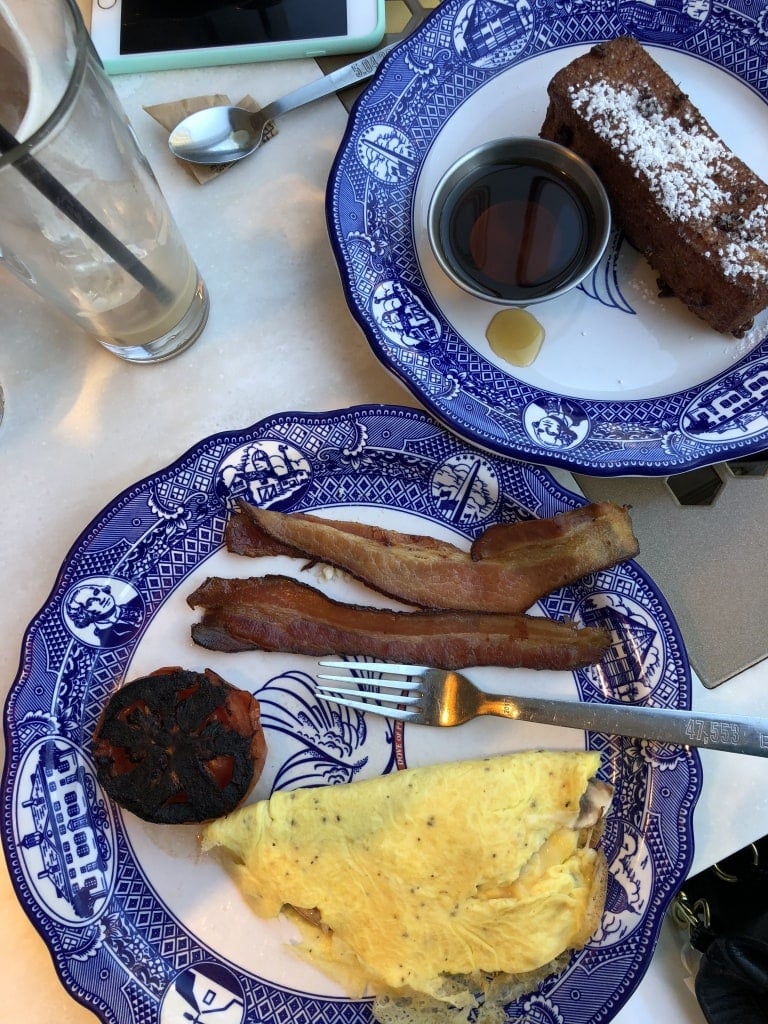 These ladies are awesome. 🙂 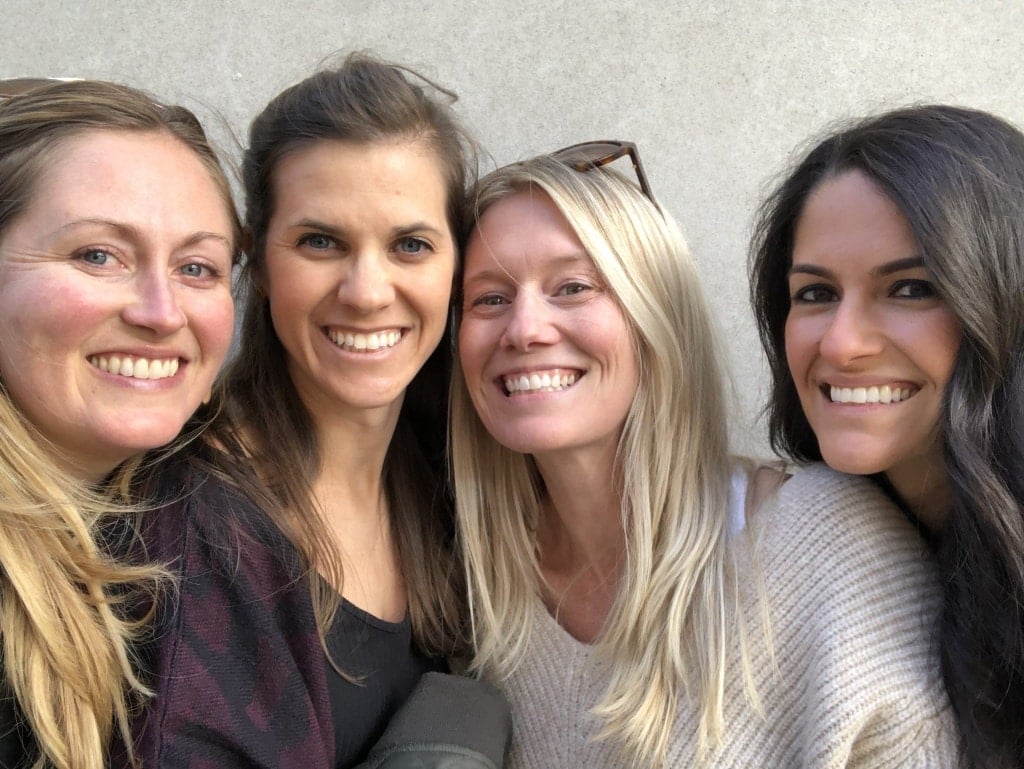 So fun to get to spend a few days with fellow dietitian buddies! I saw a bunch of old friends at the expo/conference as well, and met some new ones, too. 🙂

Stay tuned – next week I’ll be back with some highlights from the FNCE educational sessions I attended, plus my recap from the Marine Corps 10k, my first postpartum race, which is on Sunday! You can check out the action on Instagram if you want to see how the race goes before I post here on the blog. Have a great weekend! 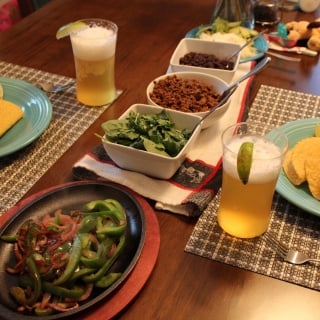 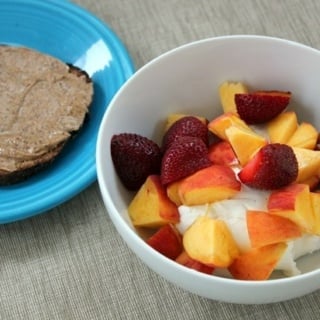 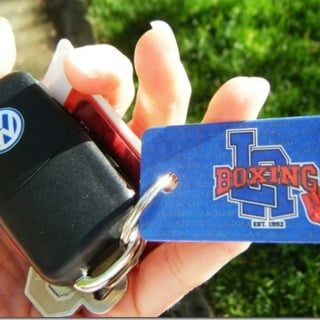 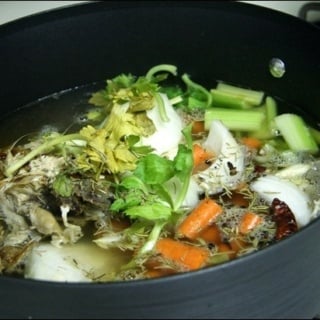