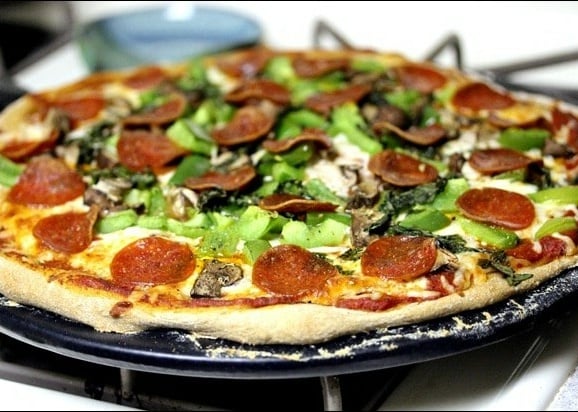 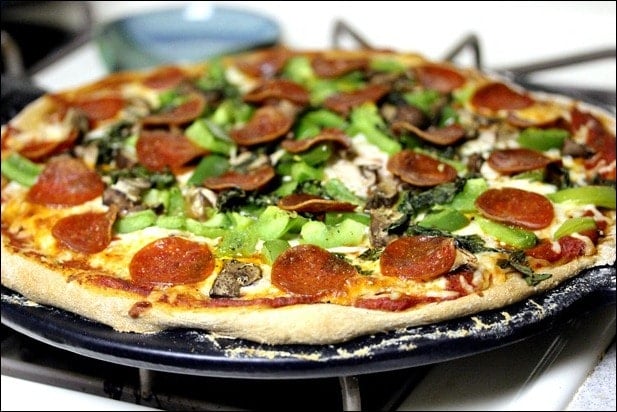 As usual, we used the Trader Joe’s whole wheat pizza dough (it’s sold in their refrigerated area with the cheese). So easy and awesome! 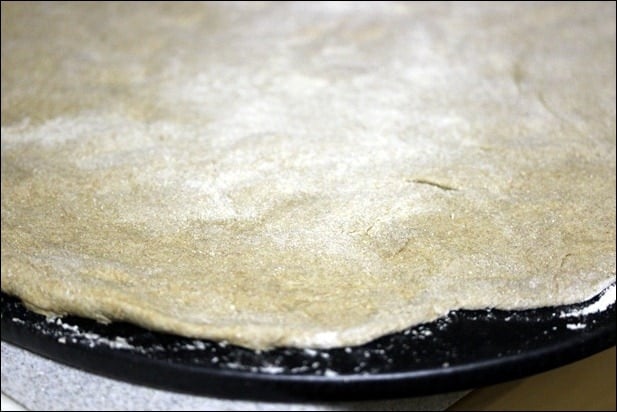 We got a pizza stone last fall as a wedding gift, so while we were prepping our toppings, we preheated the stone in the oven.

Then, we spread out the dough on the stone. Next step – the sauce! 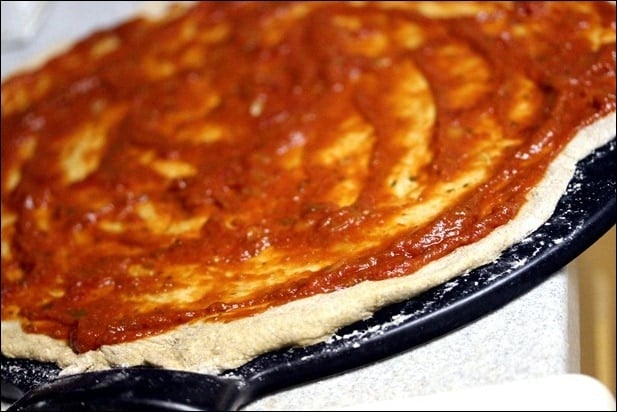 Followed by cheese and a ton of veggies – green peppers and mushrooms, plus fresh basil. We also threw on some cracked pepper and dried oregano. 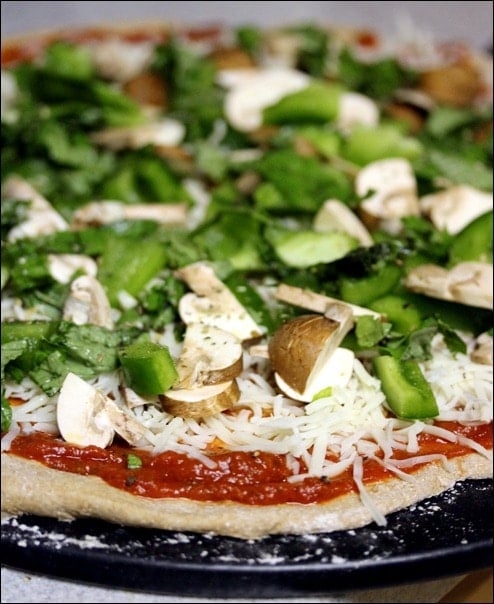 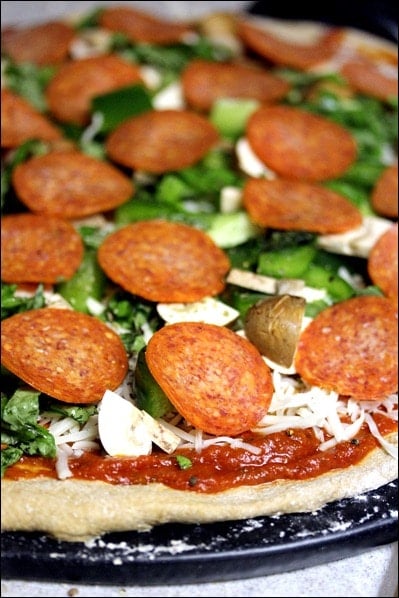 Ready to go in the oven! 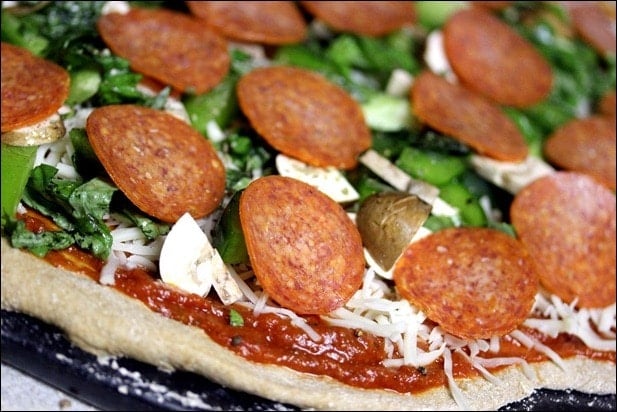 About 10 minutes later, et voila! It was ready. When you make pizza, it’s a good idea to put some cornmeal down on your pan/stone so the pizza doesn’t stick to it – we didn’t have any cornmeal on hand so we used normal flour, which apparently doesn’t work as well. Oops! It was a little hard to get it off the stone. Live and learn! 🙂 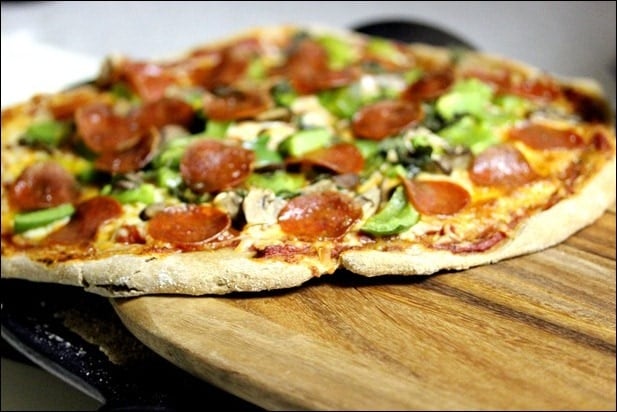 After a team effort involving some creative maneuvering and a spatula, we finally got it onto the pizza peel (another fun wedding gift). Hurrah! 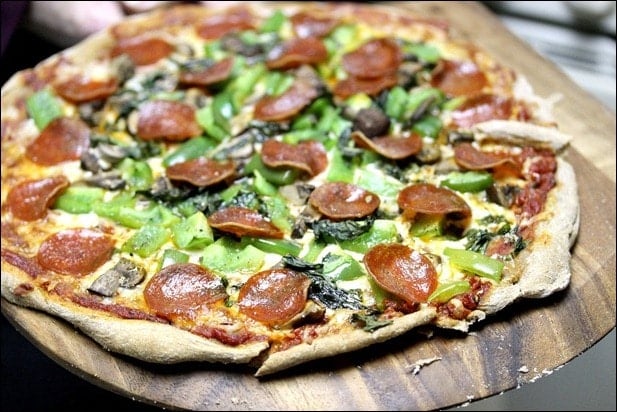 Next time, in addition to using cornmeal instead of regular flour so it doesn’t stick, we’re going to pre-bake the dough a little bit. I think it will make for a crispier crust! Thoughts? What are your homemade pizza making secrets/tips? 🙂

In other news, I got in a great early run this morning! I met a friend at 7 a.m. and we banged out 4.5 miles in about 38 minutes. My legs were feeling a little tired, but it felt good to get out and about! It was a beautiful morning – cold but sunny. Love that it’s light by 7 a.m. again! 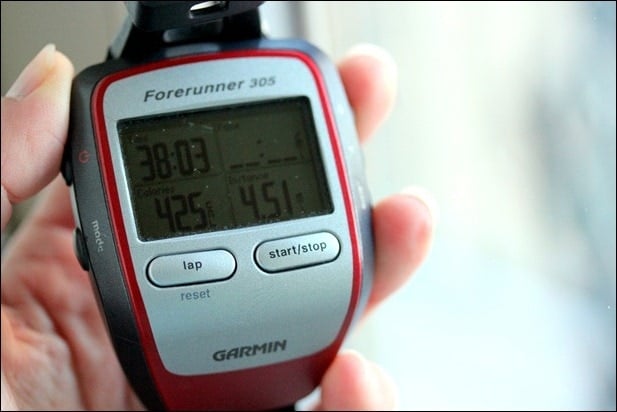 When I returned from the run, I quickly swapped shoes and headed out for another half mile-ish to test out a new pair of shoes that Brooks sent me this month – the PureConnect 2, which are part of the Brooks PureProject line of minimalist shoes. 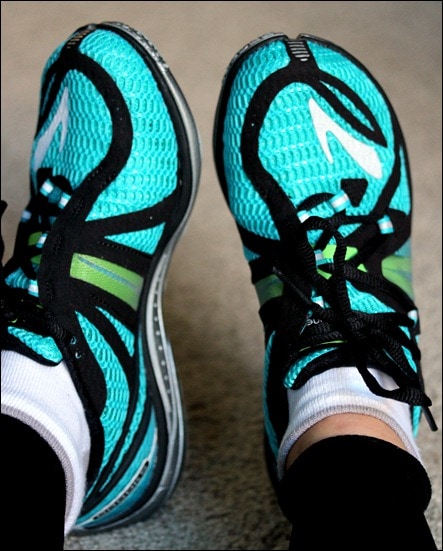 I’ve been dying to try these out but since they are more minimalist than I’m used to running in, I wanted to wait and test them out on a short run (e.g. less than 1 mile) so I didn’t injure myself. I know you’re supposed to build up mileage slowly in minimalist shoes! The shoes are made to engage the natural movement of the foot so that you land more on your midfoot/forefoot vs. the heel.

Obviously I’ve only run less than a mile in them so far, but the initial verdict is that I LOVE them! Brooks shoes fit me like a glove and these are no exception. They are really comfortable, extremely lightweight, and I love how they hug my arches. I also like that the bottoms are springy, so even though they are really lightweight and close to the ground, I don’t feel like I’m just slamming my feet into the pavement. 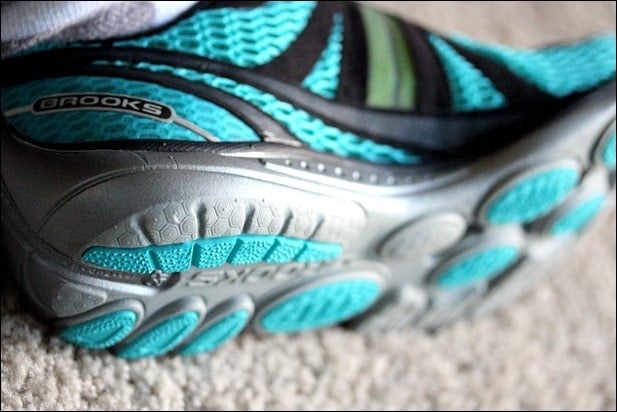 I’ll share more thoughts as I test them out further; I’ll be sticking with my tried and true Brooks Ravenna 4s for longer runs, but I’m excited to wear the PureConnects a lot this summer for short runs. It will be good to mix it up! Plus, anytime it’s hot out I always want really lightweight shoes (and shorter runs)!

Have you ever tried barefoot/minimalist shoes? Do you wear them 100% of the time or mix it up between more traditional running shoes? Also, did it take you awhile to get used to them? I do a lot of walking in minimalist shoes, but running in them is a whole different ball game! 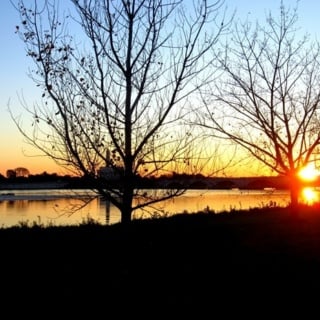 How to Dress for Cold Weather Running 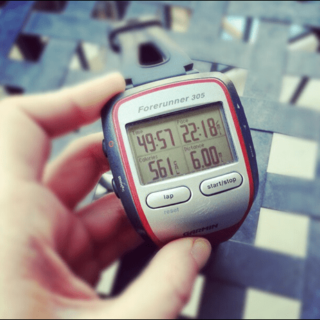 Back in the Running Game & Our New CrossFit Home! 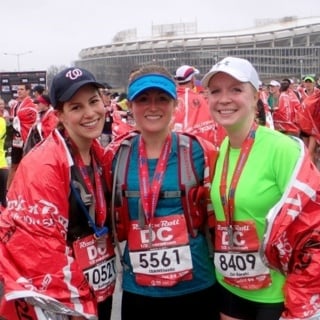 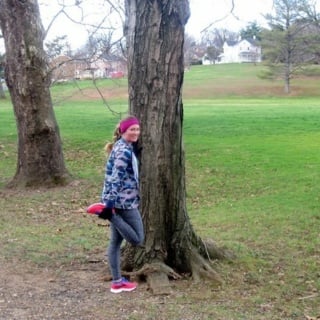