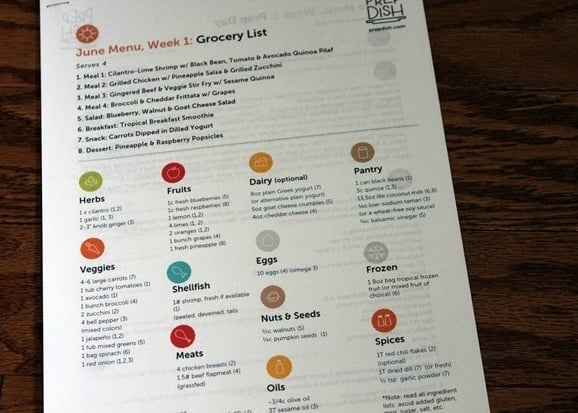 Thank you to Prep Dish for sponsoring this post!

Want to know something ironic? I’m a Registered Dietitian… but I suck at meal planning. I almost never come up with a specific plan for the week or prep anything over the weekend, instead generally doing the “buy healthy items and then wing it” approach. This usually works well for me and Matt, especially since I have a whole bunch of easy to throw together standard faves in the arsenal that we almost always have stuff on hand for. That said, it would be nice to feel a little more organized, especially when it comes to dinner on weeks when we aren’t doing Blue Apron.

So – when Allison, a fellow Registered Dietitian and owner of Prep Dish, a healthy meal planning company, reached out to me about reviewing her service, I was both terrified and intrigued. But up for a challenge, I accepted. 🙂 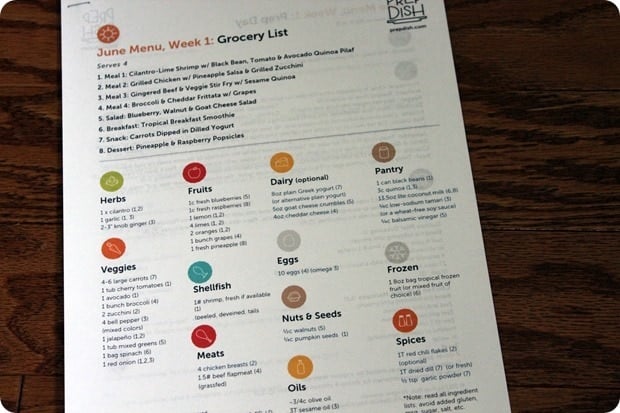 The way Prep Dish works is that at the beginning of each month, you receive an email that includes links to all 4 weekly meal plans for that month, plus some tips and tricks. The idea is that the plans will allow you to shop and prep once per week, and then be set for the whole week with minimal cooking time each night. Sounded good to me! Each week has its own grocery list, meal plans and instructions for making each dish, broken out into instructions for “prep day” and “dish day.” Each weekly plan includes 4 meals (4 servings each), 1 salad, 1 breakfast, 1 snack and 1 dessert. I like that it didn’t include all of your meals because I didn’t want to be stressed out about wasting food if an invitation to go out came up. I think that in particular is what usually scares me off of most meal planning services, because we definitely don’t eat every single meal at home.

The seasonal meal plans offered are either gluten-free or paleo – obviously I’m neither of these things, but I enjoy naturally gluten free and paleo meals, especially at dinnertime, so I had no problem with it. You can always add in extra things to the recipes to un-paleo-ify them – or subtract ingredients – the meal plans are also easily modifiable to be dairy-free.

I choose to review the gluten-free meal plans, and tried out two weeks worth just to get a good feel for them. The first one I tried was their week 1 June menu, and the second was their week 4 June menu (I got a sneak preview). 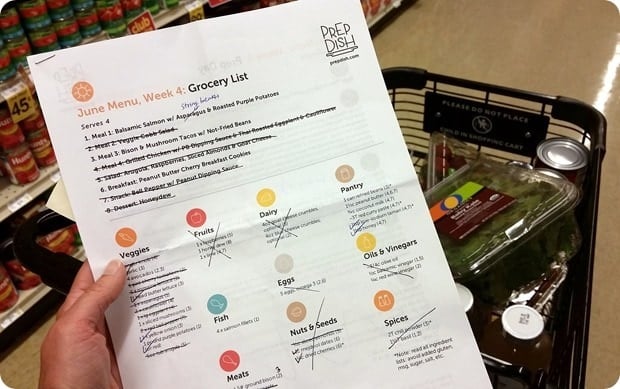 Instead of making every single one of the meals each week, though, I picked and chose the ones I thought looked best to me. I also did this because I knew that we would have some leftovers from the meals (they all serve 4) and I didn’t have to waste any food – especially since we’ve had a lot of dinner dates and travel lately, and Matt likes eating lunch out (he’s not a leftover guy).

Each recipe is categorized by a number, and all the ingredients and instructions include a number after them so you know which meal they are for, which made it really easy to strike out things I wasn’t going to need/prep I didn’t have to do. 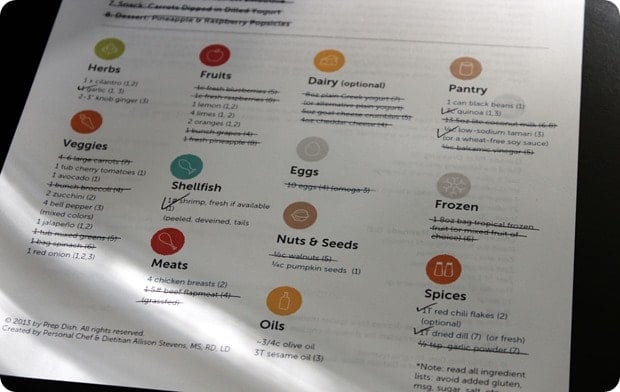 I found the instructions and the plans to be very easy to follow, and the recipes to be creative, healthy, balanced, and tasty. One of the things I especially loved was that a bunch of the recipes used the same ingredients, so you’d prep something once (like quinoa) and then use it twice. Cut down on time – and on waste, since often you’d use part of a veggie/fruit for one recipe and part for another. No food left behind. 🙂

I was also appreciative that the prep didn’t take a ton of time – max about 1 hour, I’d say, although it might take a little longer if you did all the recipes – they say you’ll spend no more than 2 hours per week, which is still pretty solid! 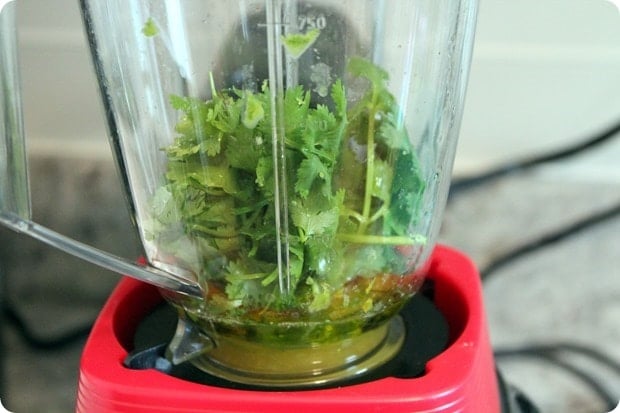 It was really amazing to have meals that were more or less ready to throw together once we got home in the evenings. Some of the dishes we especially enjoyed were: 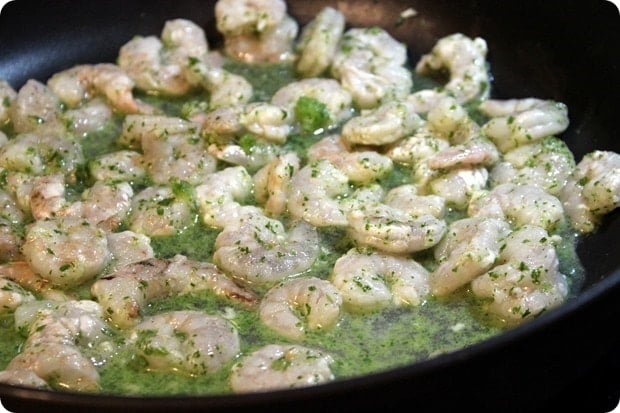 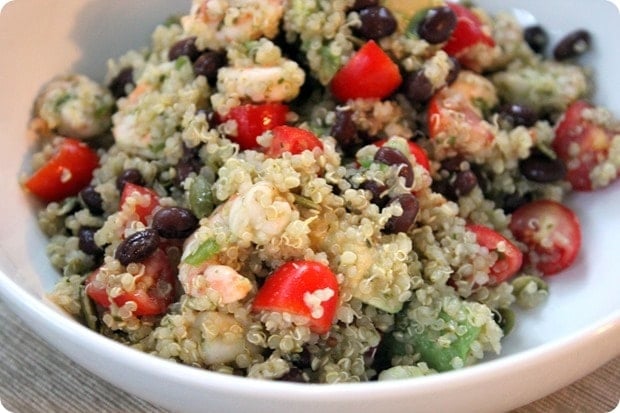 The other part of the quinoa from that week went towards a Gingered Beef and Veggie Stir Fry with Sesame Quinoa. This actually called for different veggies, but we had fresh broccoli and zucchini on hand that needed to be used so I used them instead of the peppers/onions the recipe called for. That’s another nice thing about these recipes/plans – you can easily modify/customize all of it if you need to. 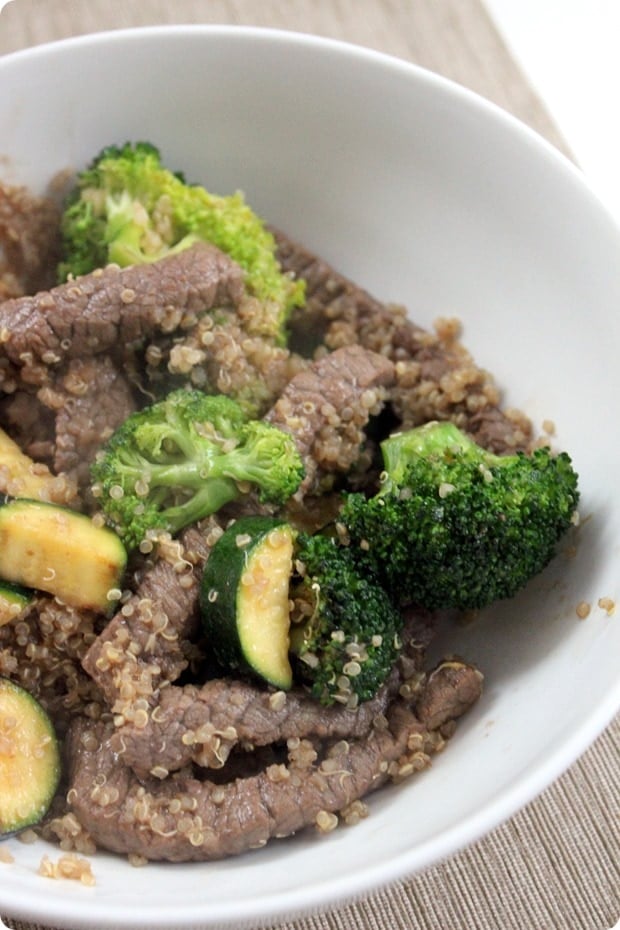 Our favorite dinner of the meal plans was probably the Bison & Mushroom Lettuce Wraps from week 4. They were epic, and SO easy. Fun to eat, too! Definitely going to make this one again – the combinations are endless. Big thumbs up from both of us. 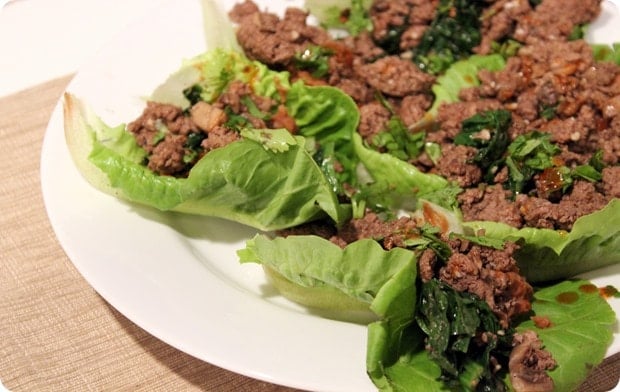 We also especially enjoyed one of the breakfast/snack recipes, the Peanut Butter Cherry Cookies. These were so good and really easy! Just dates, peanut butter, an egg, and some dried tart cherries. I actually already had all the ingredients on hand! 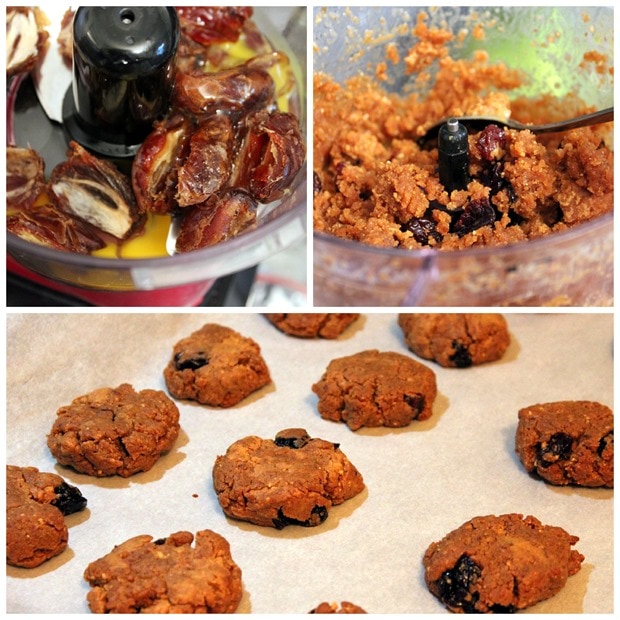 So, what was the verdict? Overall, I really liked Prep Dish and would highly recommend it to any of you looking to make the meal planning, grocery shopping, and prep/cooking process a lot easier! The instructions were easy to follow, the meals/snacks were delicious, healthy, and creative, and it was a nice way to take a lot of the stress out of the weeknight dinner situation (especially the planning phase). It was also nice that it encouraged us to try some new and different meals, too!

Another big plus for us, as I already mentioned, was that it didn’t include ALL your meals for the week – basically, they are assuming that you’ll be eating out some or just winging it occasionally. This worked really well for us since we do like to eat out, and things sometimes come up. Since the meals weren’t for a specific night, it was easy to be flexible about when we ate them. I also liked that the meals made about 4 servings, so we had leftovers for the next night.

I only have two criticisms. One, I’d like to see photos of the recipes in the meal plans. Clearly I read too many blogs, but I love a good food photo! And second, I felt like once or twice there was something that didn’t really make sense time-wise in the plan. For example, for the quinoa dishes the first week, the plan said to make the quinoa ahead of time (great), and then divide it, using half for the first dish and half later that week (also great). But then for the beef dish you were supposed to reheat the quinoa in the oven for 30 minutes. That seemed unnecessary (both time-wise and dirty dishes-wise) to me, so I just threw the cold (cooked) quinoa into the stir fry when the beef and veggies were all cooked. After a couple stirs and it was hot and ready to go, too!

Again, though, overall I had a really positive experience with Prep Dish, and I hope that some of you will give it a shot, too! If you want to try Prep Dish yourself, they are offering an awesome intro offer – a mere $4 for your first month of meal plans. Just use this link to get the deal. So basically, for the price of a latte, you can see if this works for you. Nothing to lose! 🙂 That deal ends on July 31, just FYI, so get on it soon if you want to try it! 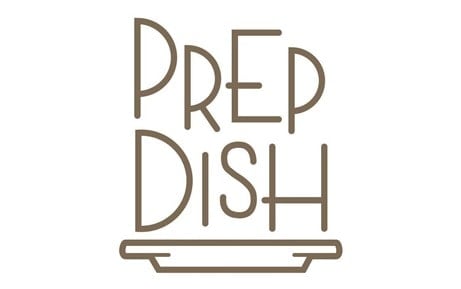 Plus – I have a giveaway for you guys! One lucky fANNEtastic food reader will win three free months of Prep Dish meal plans (your choice of gluten-free or paleo). All you need to do is enter using the Rafflecopter below. Open to everyone everywhere, too, for once! 🙂 Good luck and happy prepping and eating! 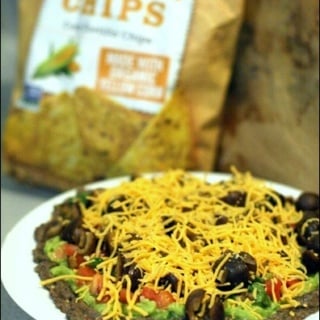 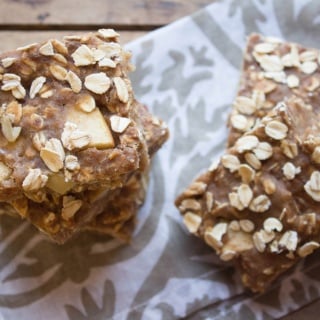 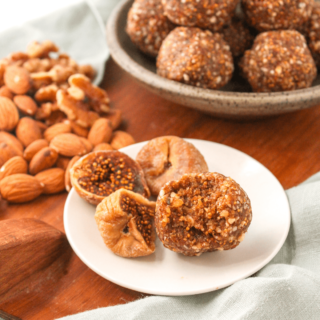 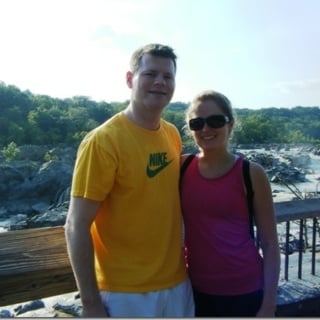