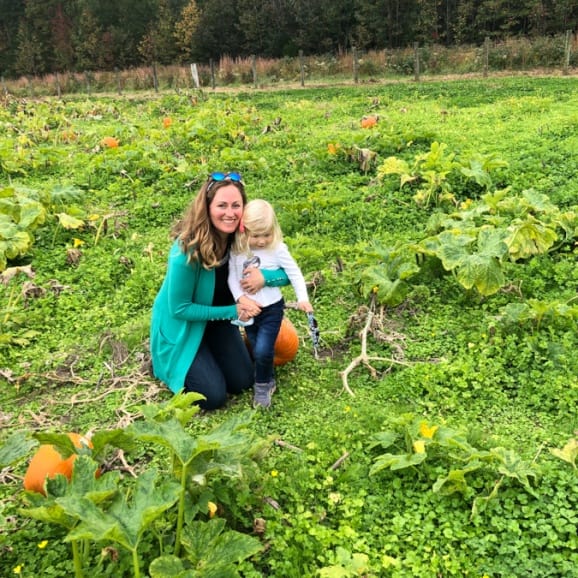 Hi friends! Matt, Riese, and I had a fun outing on Saturday morning: a trip to a nearby farm to check out their fall festivities! 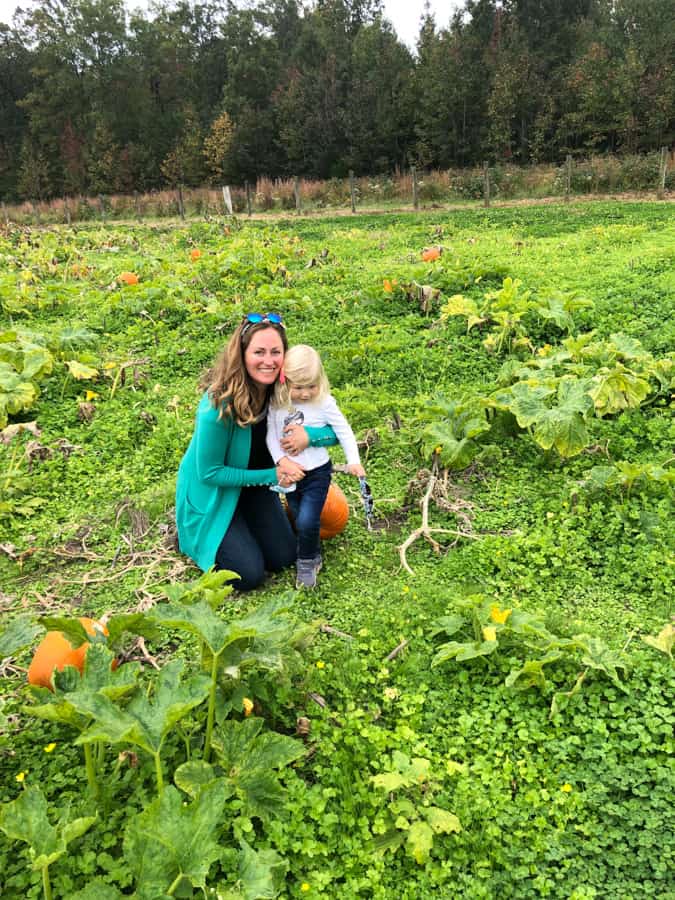 We went to Schlagel Farms in Maryland, which was nice because it was only 30 minutes away – there are a ton of farms in Virginia, too, but most of them are 1-1.5 hours drive, which isn’t ideal with a toddler in the mix. 😉 30 minutes was perfect! 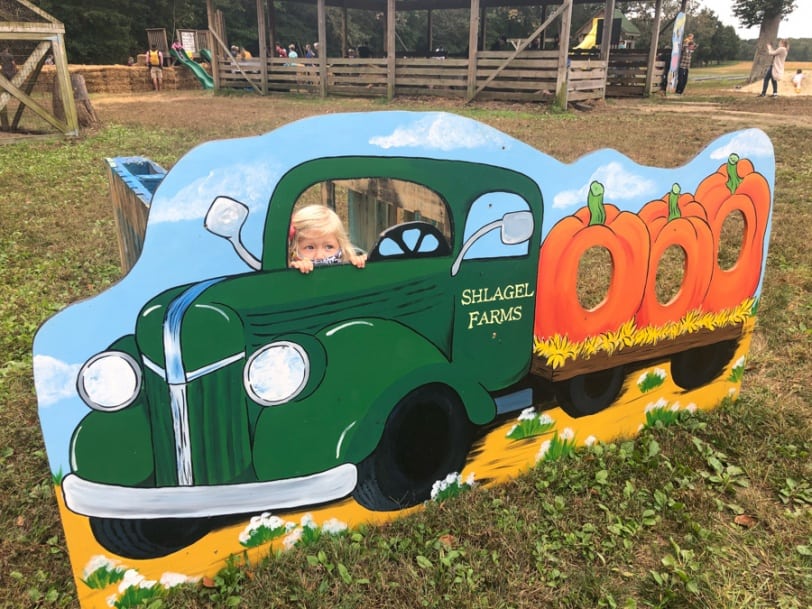 Riese was really into the hay maze: 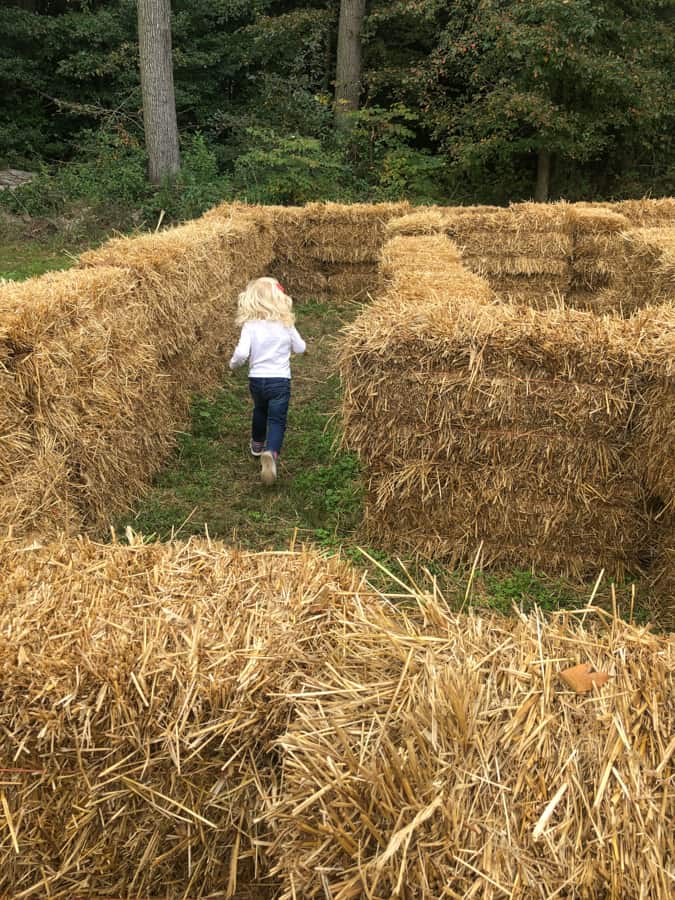 But the biggest hit was the tractor ride to the pumpkin patch area, where we got to pick out our pumpkins! 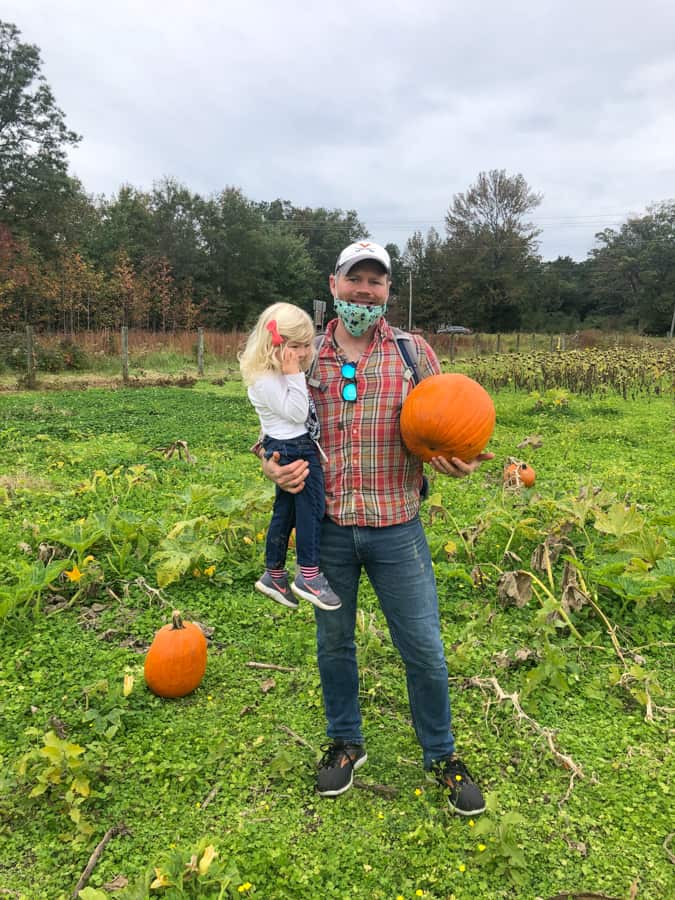 They also had a store with lots of produce available, so we picked up some extras to bring home as well. 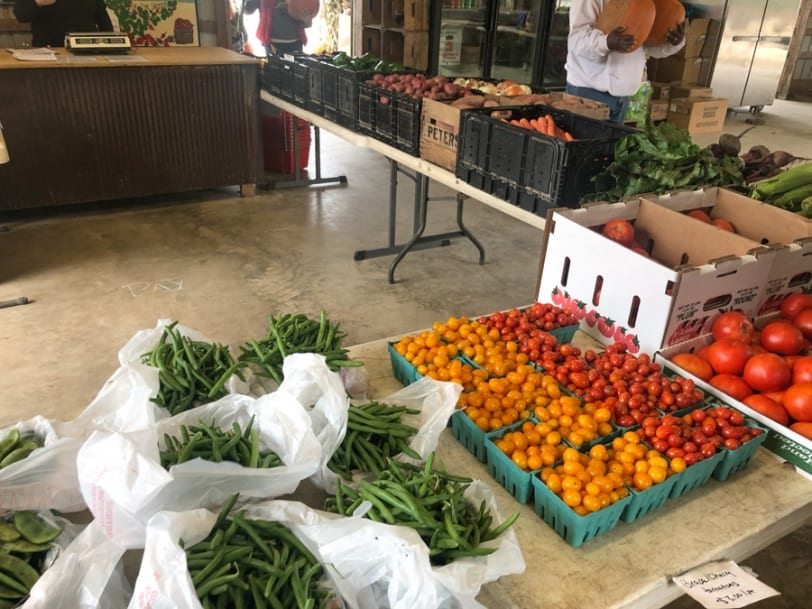 We ended up getting lunch at the farm, too, although it was pretty lackluster – the only thing they had was BBQ sandwiches, which I like, but they were just so-so, and I wish they’d had baked beans or something to go on the side! Oh well – not every meal can be the best ever, right? And we were hungry, so it worked.

We did all share a delicious chocolate milkshake, too, though, which hit the spot – as we were getting off the tractor ride one of the staff said “be sure to get some ice cream before you go!” which had Riese immediately like: “ICE CREAM?!?! ICE CREAM!!!!!!!!” so we basically had no choice. 😉 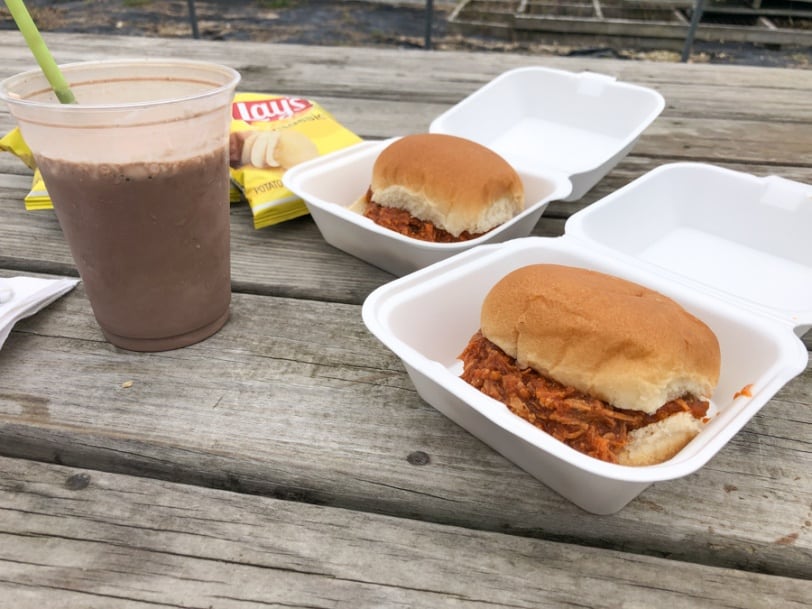 The rest of the weekend was extremely low key!

We had dinner at my parent’s house one night, but other than that we stuck around home and had lots of odds and ends and leftovers for meals, plus lots of homemade soup because it sounded good with the dreary weather yesterday. 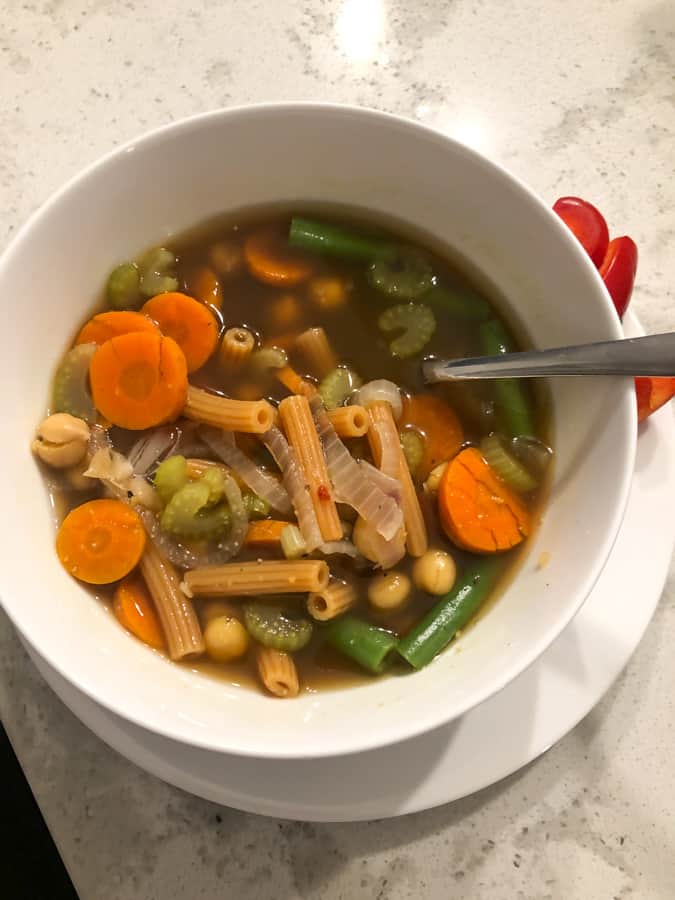 We had some rotisserie chicken (see also: 11 Things to do with Rotisserie Chicken) bones on hand so Matt made us a yummy chicken broth by putting the bones, some water, celery, garlic, onion, carrot, Italian seasoning, salt, and whole black peppercorns in a pot together and boiling for a few hours, then straining it. 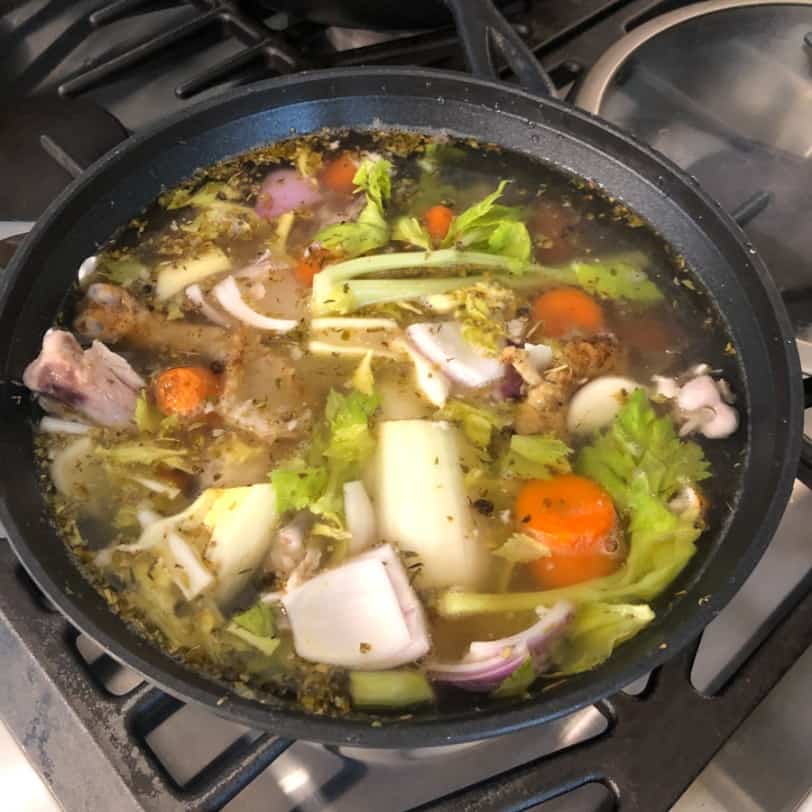 We had two different soup variations with it (hot tip: keep the broth and the other mix ins separate so everything doesn’t get soggy, and just combine right before eating); both were similar to my Easy Minestrone Soup Recipe, but with chicken instead of veggie broth, and without the tomato sauce. 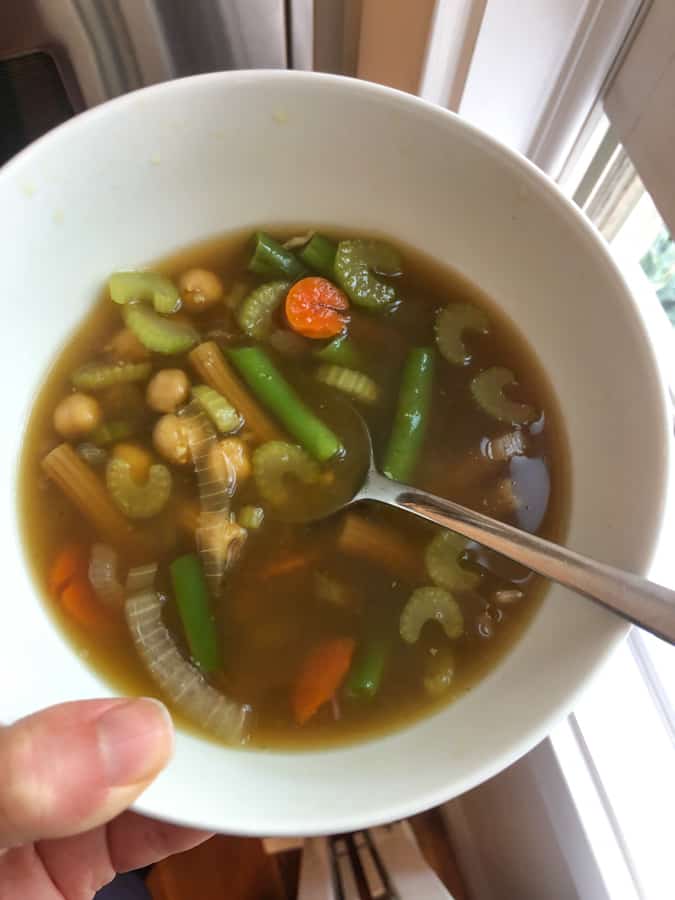 We’ve also been noshing on some pumpkin muffins! 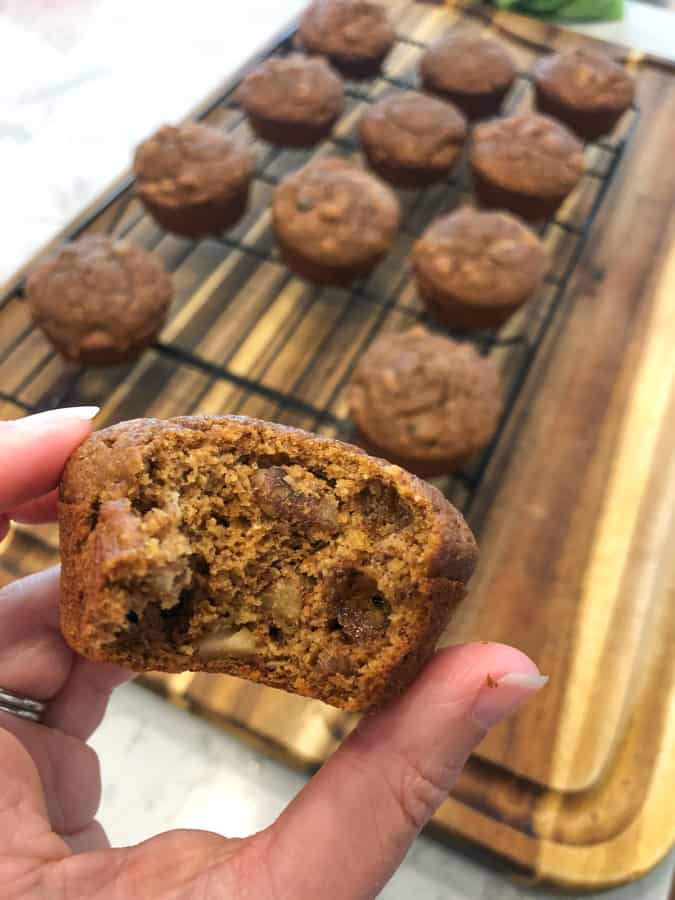 My mom was over one morning last week and Riese helped her make them – they used the Simple Mills pumpkin muffin mix with milk instead of water, and added some walnuts and raisins. Always nice to have baked goods on hand as snacks!

It’s a normal Monday over here as Matt doesn’t have the day off work; our sitter is here and we just have her on Mondays nowadays so I’m trying to crank through lots of work to take advantage.

In other news, our 8 year (!!) wedding anniversary is tomorrow – time flies, right?! Seems like a really long time ago that we were here: 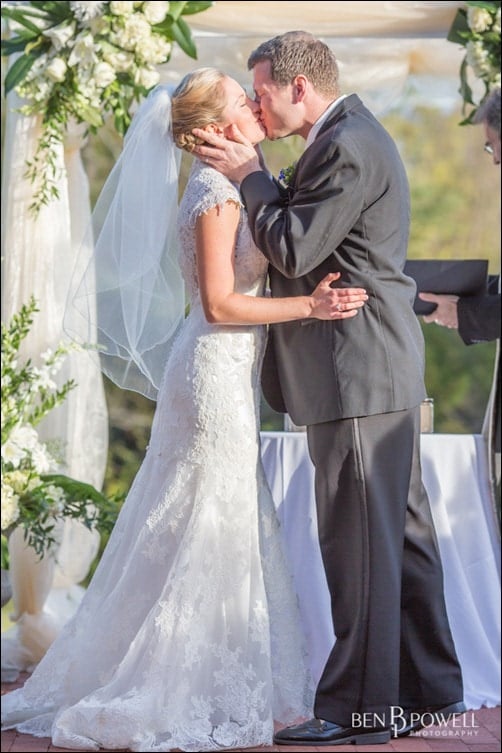 If you’d like to take a trip down memory lane with us, check out our wedding category page – it includes all our wedding-related posts!

I’ll see you back here on Wednesday with a recipe – until then! 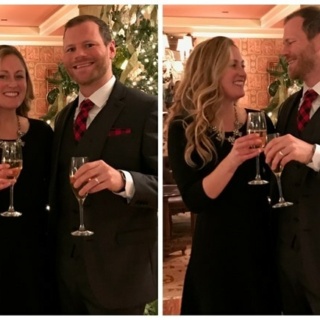 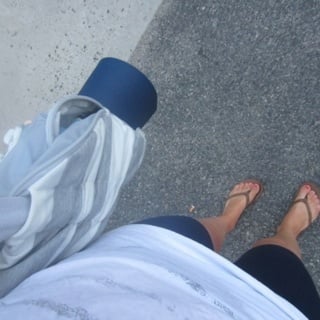 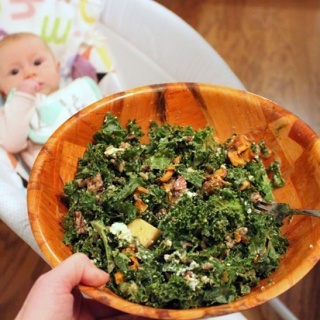