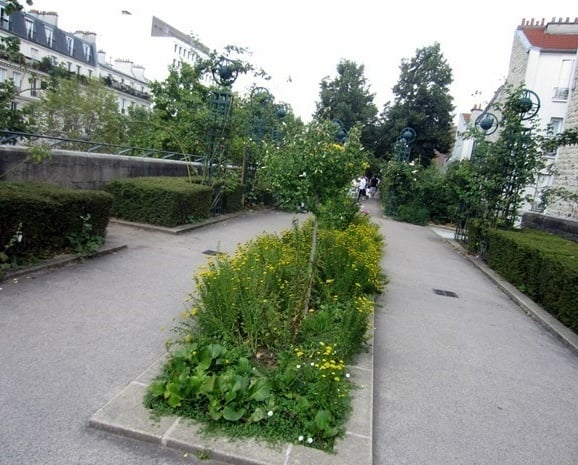 I love staying active while I’m on vacation – not only because it makes me feel great, but also because it’s a fun way to see the city! My friend Kris (who I was staying with in Paris) and I got up for two morning runs while I was there – first up was a run along the Promenade Planteé, which is a cool lifted walkway/trail through the city. It’s really nice because you miss the stoplights! 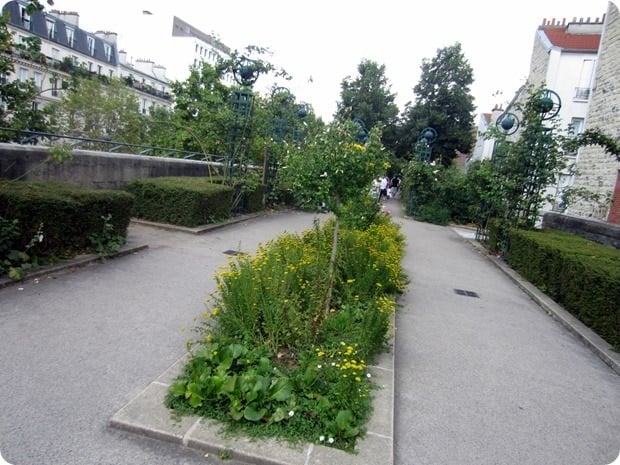 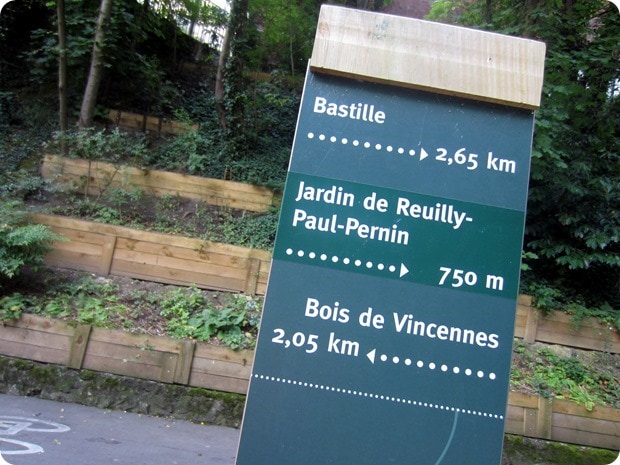 Kris said that she’s been talking to her running friends about wanting to incorporate some strength moves into their runs, so I decided to lead her in a fun running boot camp so she could share the moves with her buddies next time they run together! 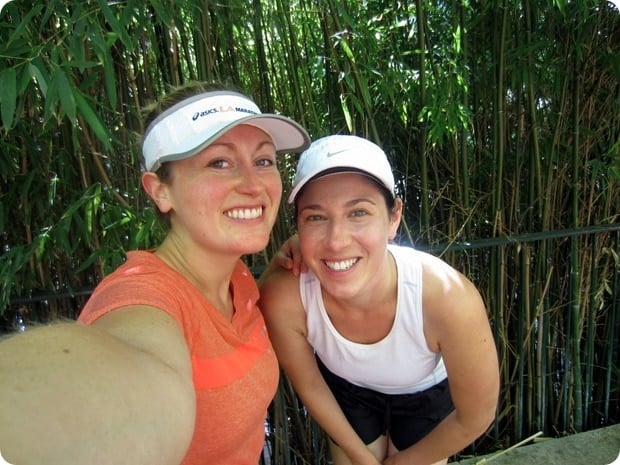 I used the benches and stairs we found along the run and put together a mix of moves. Urban adventure! We did dips on benches: 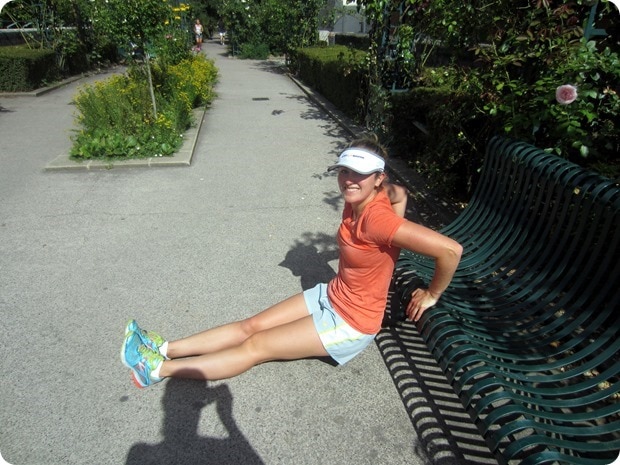 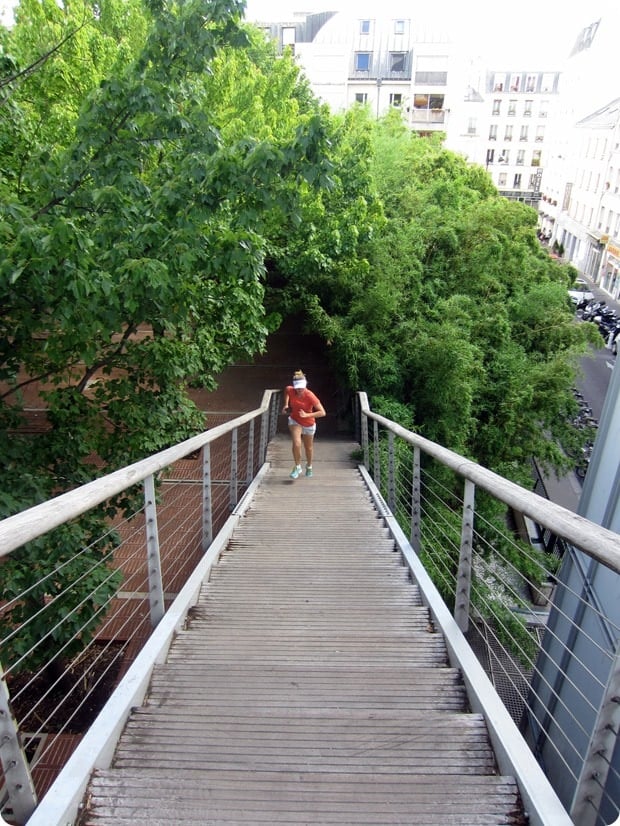 Rocked out some walking lunges: 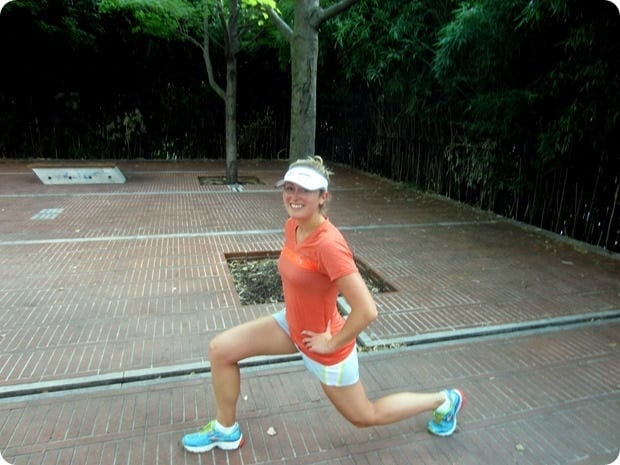 Did squats into bench jumps: 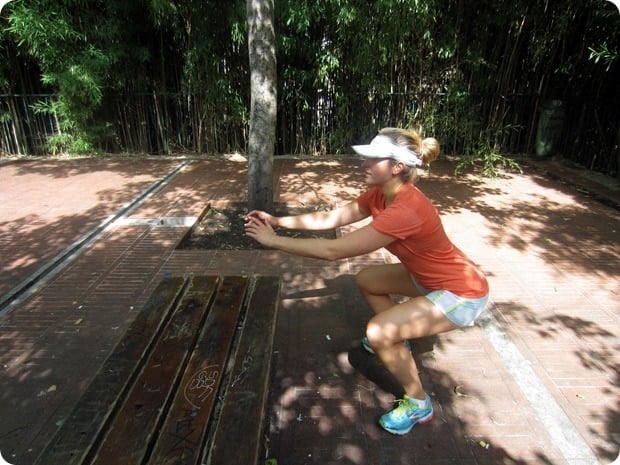 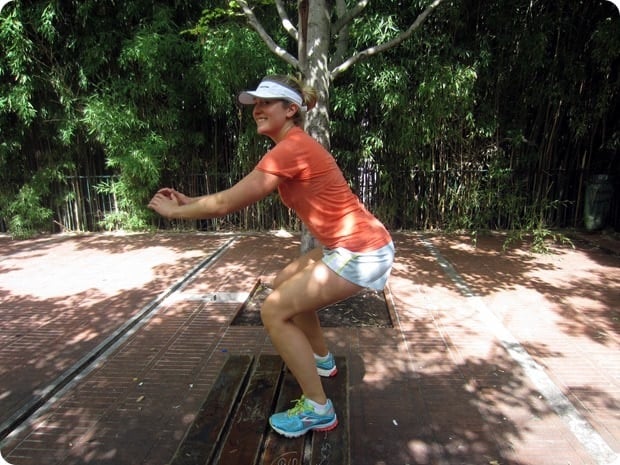 Worked on our boat pose: 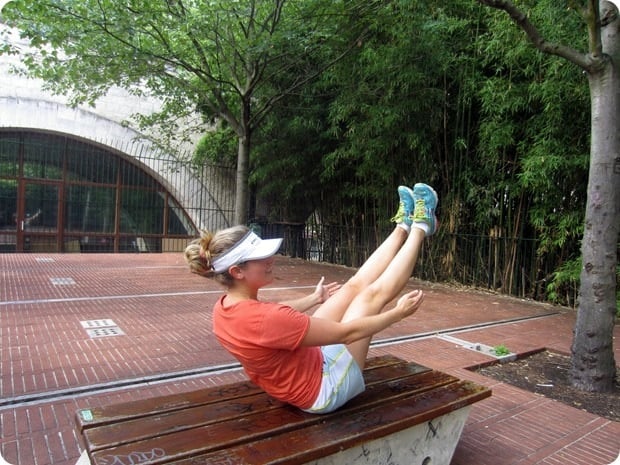 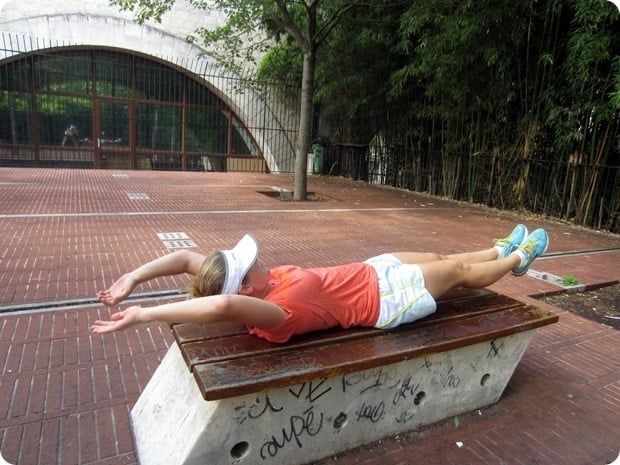 Did all sorts of pushups: 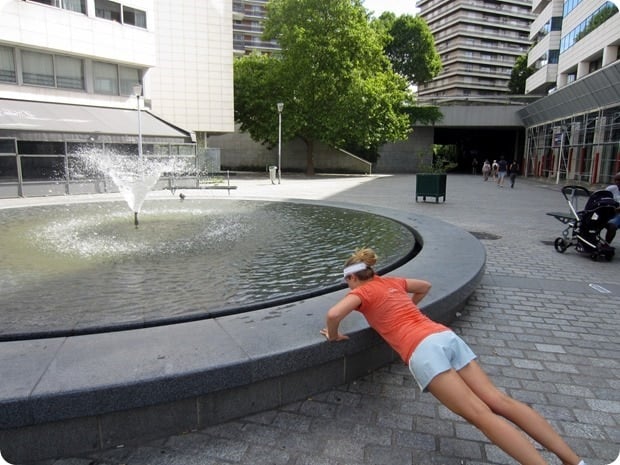 Activated our glutes with some leg lifts: 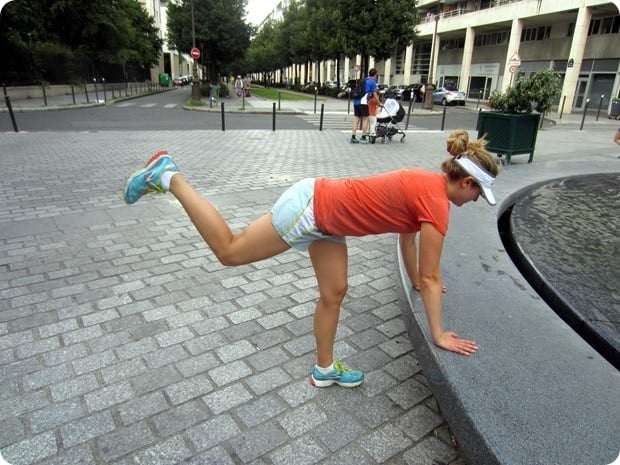 Pretended to be superman to work our lower backs: 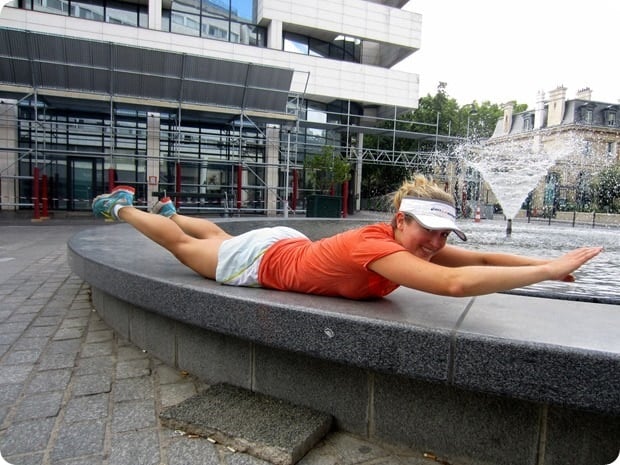 And did some core work in the form of planks with alternating knee to elbow touches (so hard): 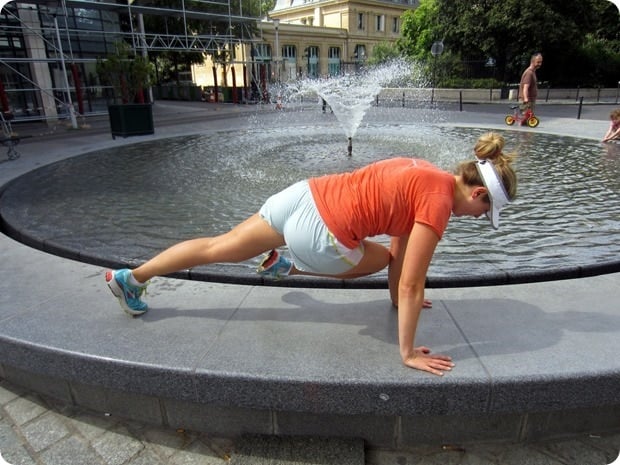 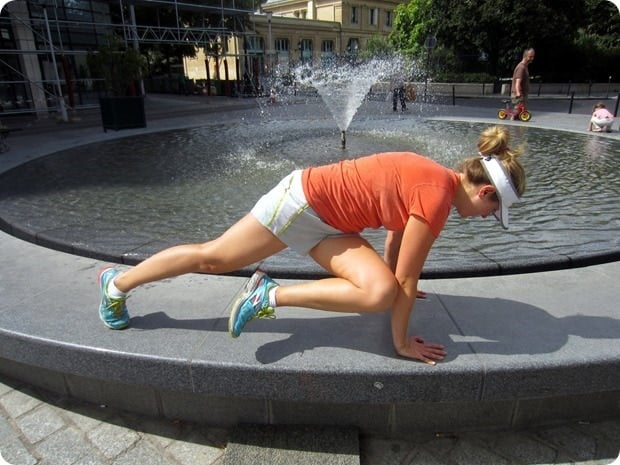 We also hit up some of the exercise stations along the trail. 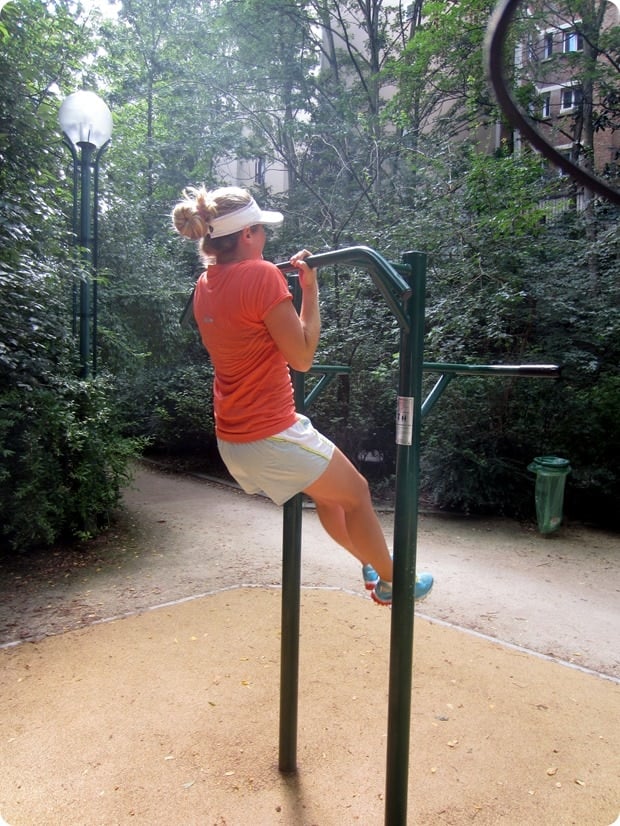 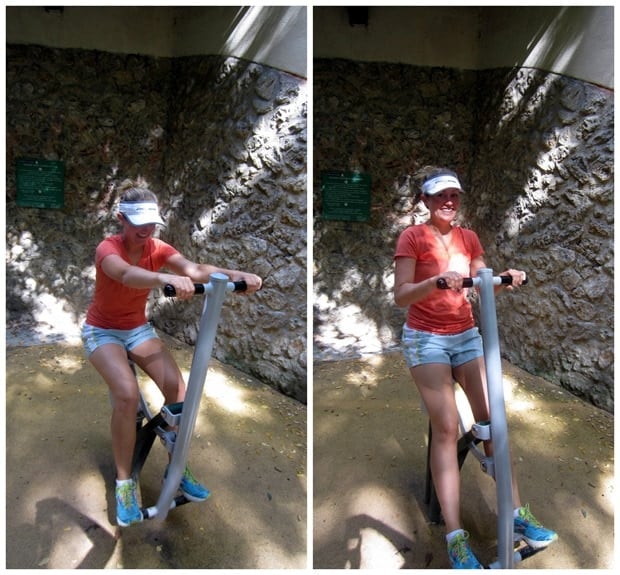 Such an awesome workout! We probably covered about a 5k running-wise, but with all the boot camp stops were out for quite awhile. Both of us were definitely sore the next day! By the way, fun fact: this trail has not only a normal water fountain but also a carbonated water fountain. Only in Europe. 😉 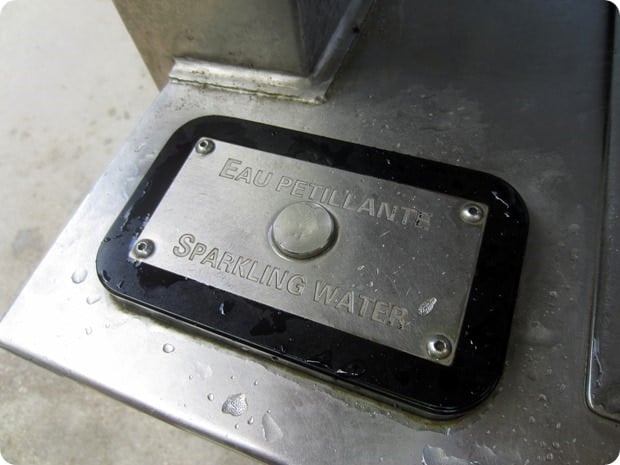 We did another running boot camp in a beautiful park near Kris’s place in the 12th arrondissement later on in the trip – it’s called Bois de Vincennes and is worth checking out if you can! Gorgeous lake and nice trails, and off the beaten path, too. 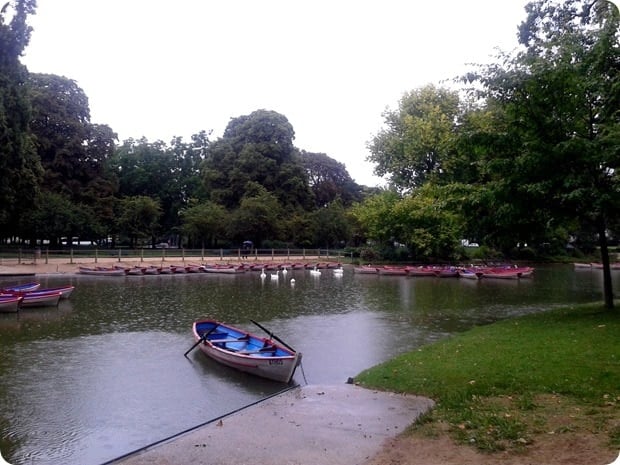 AND, there were peacocks. We came around a corner and BAM: there was a peacock, fully showing off all his gorgeous feathers. How cool! I’d never seen that in person before! 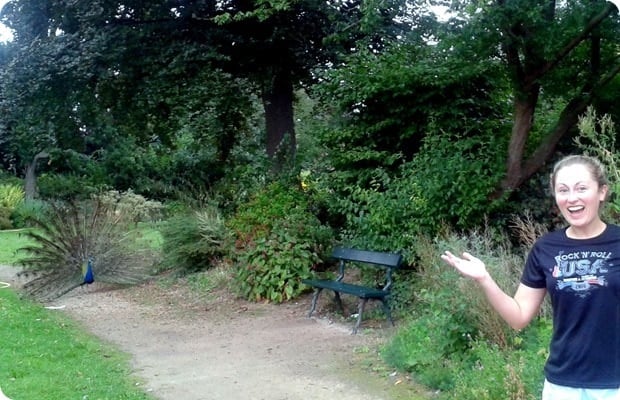 Coming up next week in the Europe adventure recap series, stay tuned for a post about the two cool day trips we did from Paris: to Giverny (Monet’s garden!) and the Loire Valley (castles + wine tasting)! Plus, a recap from my Paris Running Tour: 11 miles of history, sightseeing, and awesomeness. 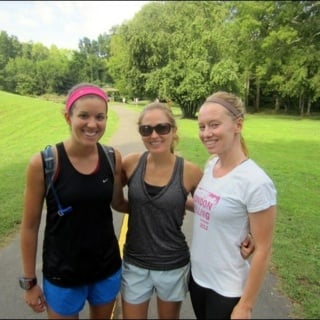 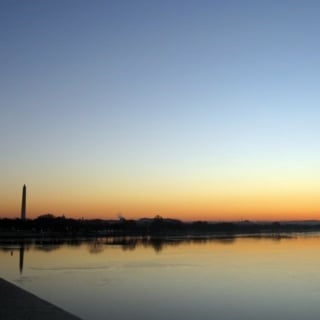 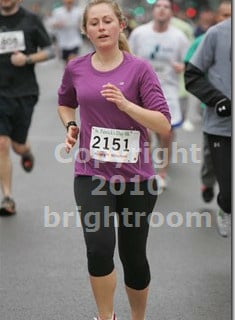 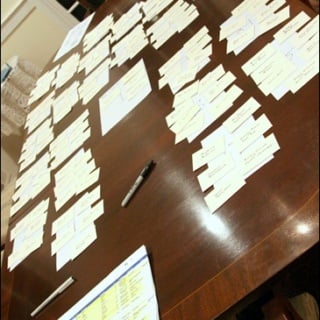