Hi friends – first, thank you so much to those of you who left comments and shared similar stories on my 32 Week Pregnancy Update where I share some of the difficulties we’ve been having behind the scenes with our dogs. <3 I appreciate it! They will be off at their 2 week intensive board and train program this week and next, so we’ll see where we are when that’s over. Stay tuned.

Anyway – this was a good weekend for both dogs to be gone, because Matt was also gone! He was at a guy’s weekend trip in Nashville so I was flying solo with furry miss Zara. It ended up being a lovely weather weekend, so I spent most of it outside. 🙂 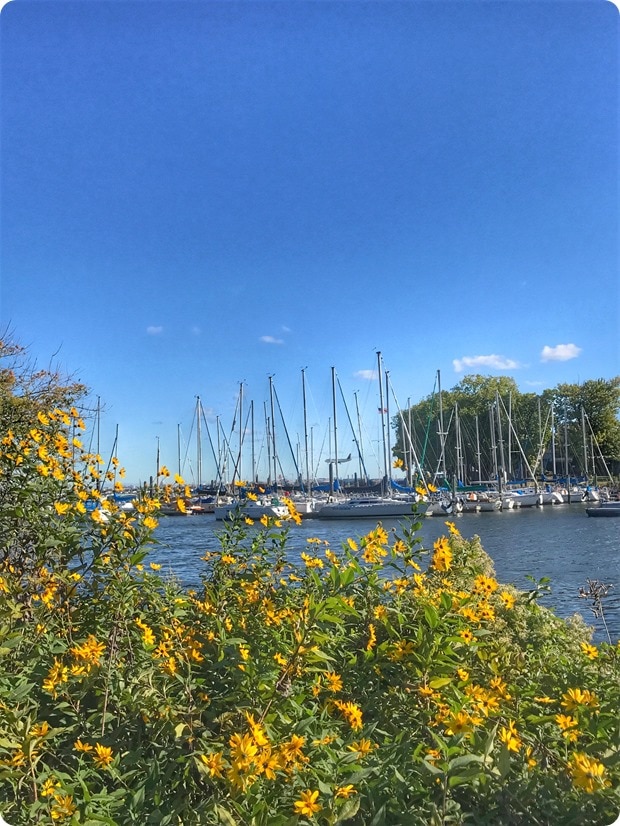 On Friday, I was tired from the week, feeling a bit pregnancy nauseous, and just wanted to relax, so I kept things classy and heated up chicken noodle soup and watched some Netflix. This soup actually hit the spot! I also think it’s probably one of the prettiest blog photos I’ve ever taken, just sayin. (Clearly, that is sarcasm.) 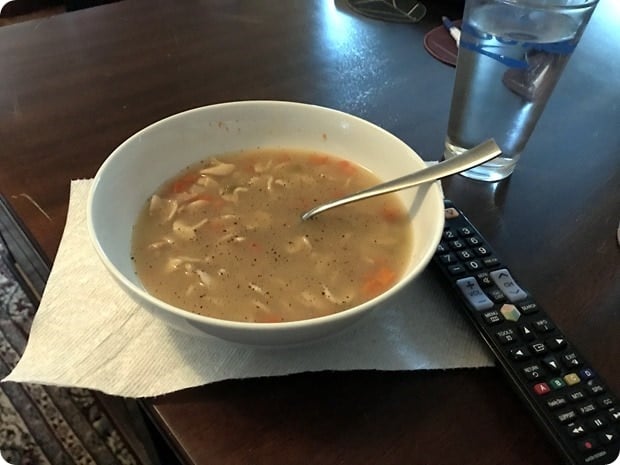 Zara was thrilled to have me all to herself and set up shop in my lap for the Netflix portion of the evening. 🙂 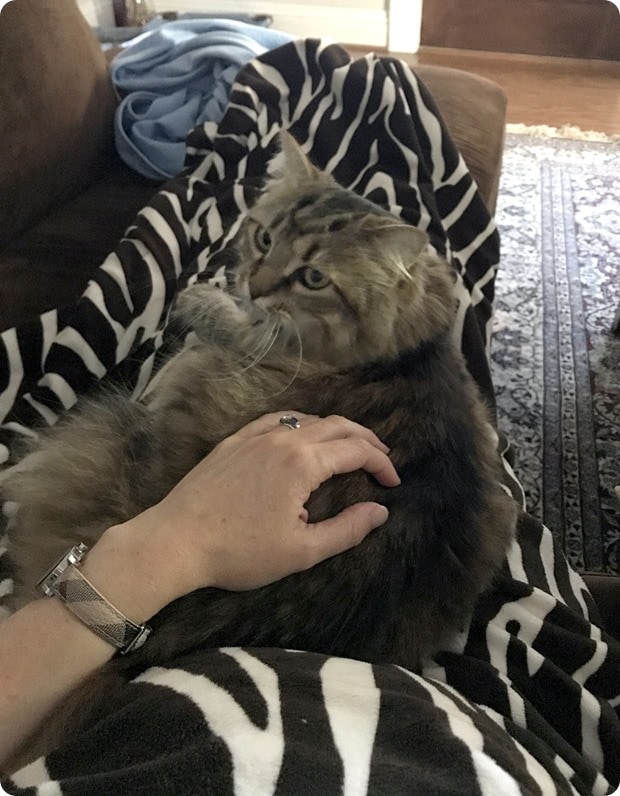 I think I got about 10 hours of sleep on Friday night – amazing! On Saturday, I had some microwave banana oatmeal with cottage cheese, blueberries, and sprouted pumpkin seeds to kick off the day. 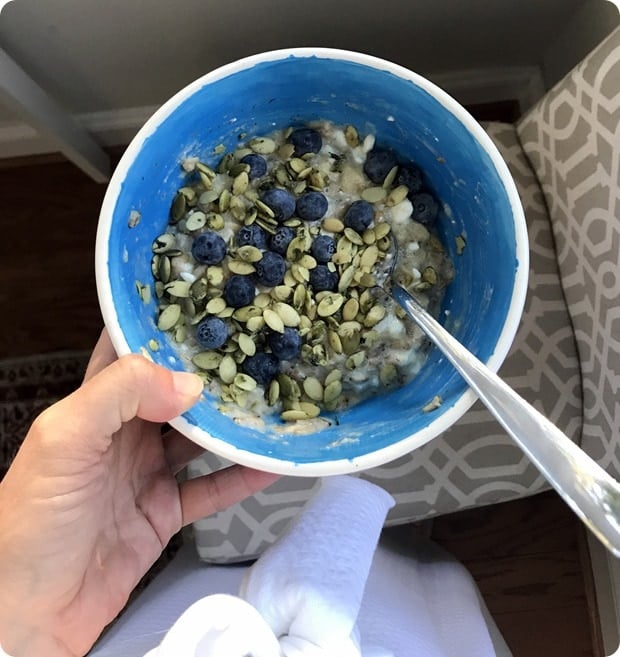 I had plans to take an 11:30 prenatal pilates class down in Del Ray area of Alexandria (a make-up class from the Arlington series I was doing – this was at the studio’s other location). I decided to take myself on a walk along my favorite trail, the Mt. Vernon Trail, beforehand since it was so nice out – it was on the way anyway!

I parked at Daingerfield Island by the Washington Sailing Marina and spent about an hour strolling along the trail. 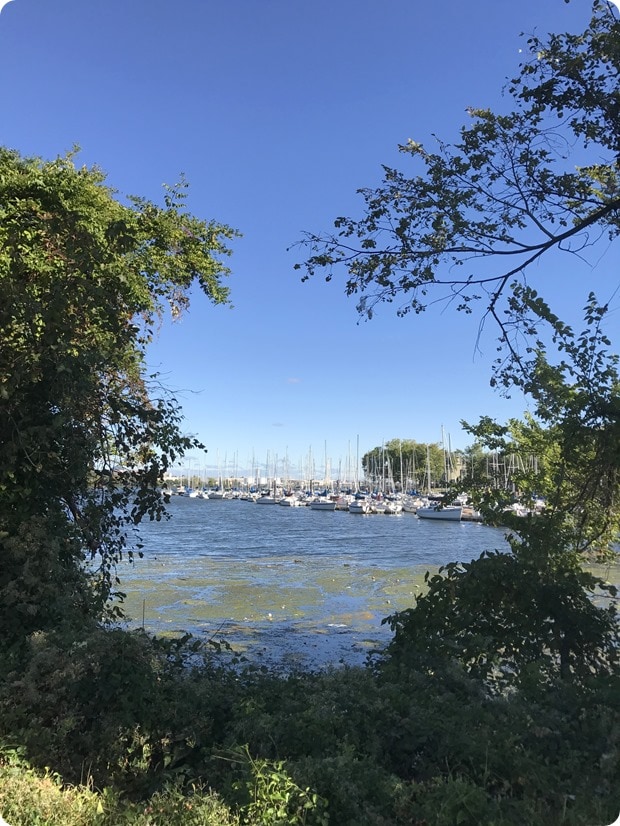 The entire world was out on the trail enjoying the sunshine and cooler temps – lots of bikers and people obviously training for fall marathons – I saw a ton of hydration packs, fuel belts, compression sleeves, and groups of people that looked like they were in it for the long haul!

I can’t wait until I can run again – but for now, I enjoyed some spurts of jogging throughout the walk, and that felt good (except that it made me need to pee). 🙂 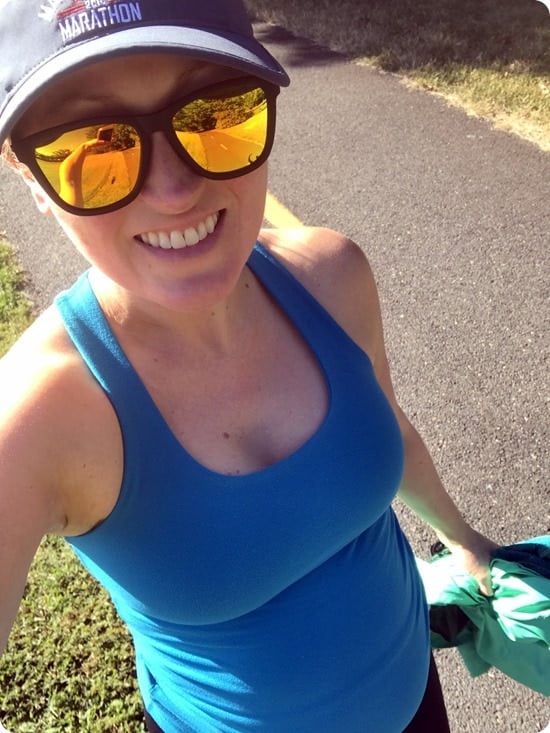 Speaking of running – Brooks just launched a brand new shoe over the weekend – the Levitate (affiliate link)! They sent me and my fellow Brooks run happy ambassadors the shoes to check out last week. They are a really springy and responsive but cushioned neutral shoe, and I loved how they felt both walking and jogging. Two thumbs up! They remind me a bit of the Launch (aff link), which I also love (so does Matt – those are his go-to shoes). Plus, aren’t they pretty? I love the blue/silver color they sent me (the women’s also comes in gray). 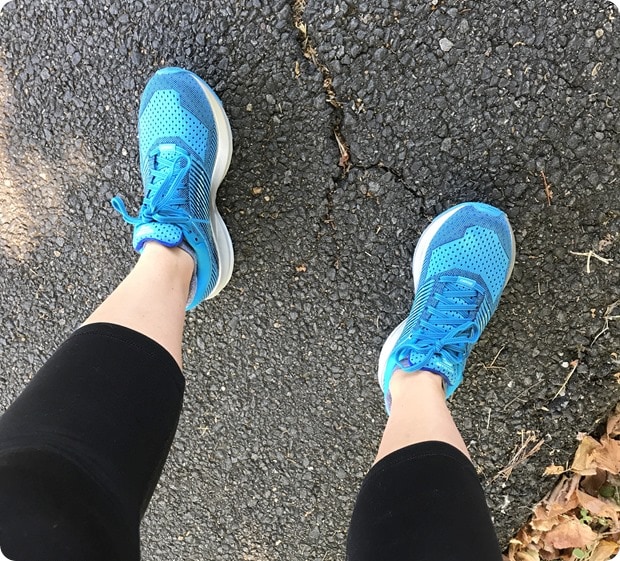 Anyway! After my walk, I headed on to Alexandria for the prenatal pilates class! This was the last class in the 6-series workshop I signed up for (I missed the last class on Thursday night in Arlington because I had a dietitian networking event). I don’t think I’ll do another because I don’t love working out at night and I prefer doing my usual fitness classes with modifications (plus, 6 more weeks would bring me almost to my due date – gah!), but it was nice to learn some new moves that are pregnancy-friendly! 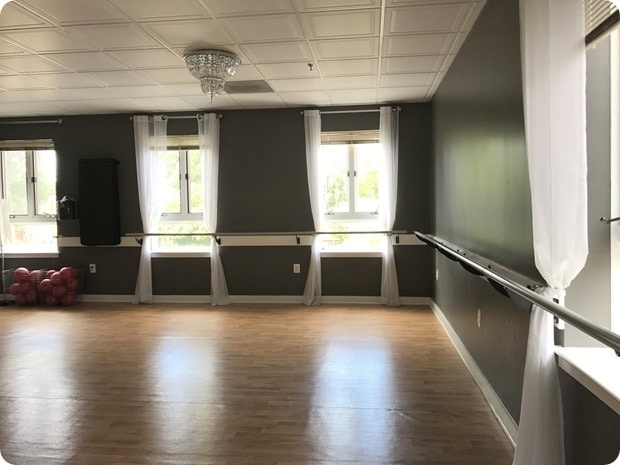 I liked the Del Ray Mind the Mat studio more than the Arlington one, actually – no awkward mirrors and more light/airy. More energetic instructor, too!

After the class I met my friend Koko for brunch at nearby Eveningstar Café. We were both interested in the biscuit egg sandwiches and the huevos rancheros, so we got both and split them – perfect! It worked out well since the egg sandwiches already came in two small sandwiches vs. one big one. Everything was delicious (the biscuits were on-par with those I had while living in NC, and the corn tortillas seemed homemade and were thick and flavorful)! Our only complaint was the restaurant doesn’t serve espresso drinks, so no lattes. Lame!! 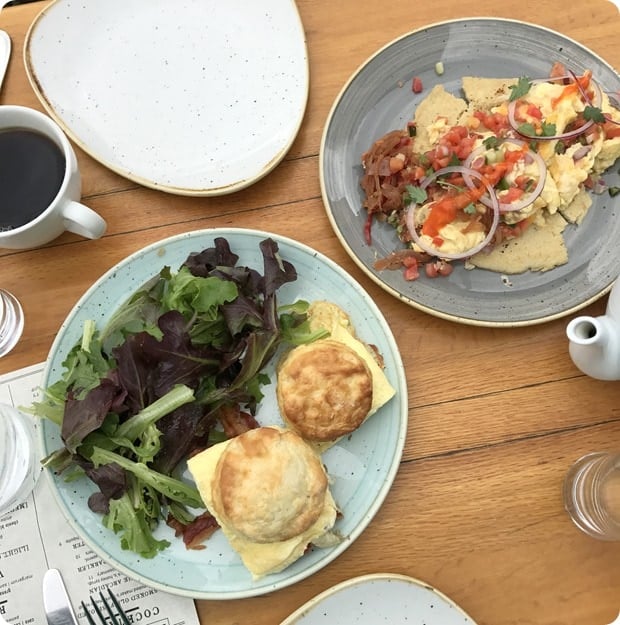 After brunch, I headed into DC to meet my friend Kathleen at the Arboretum for a stroll with her, her son, and her dog! It was still so nice out – wanted to continue to take advantage, and I always love catching up with Kathleen. 🙂 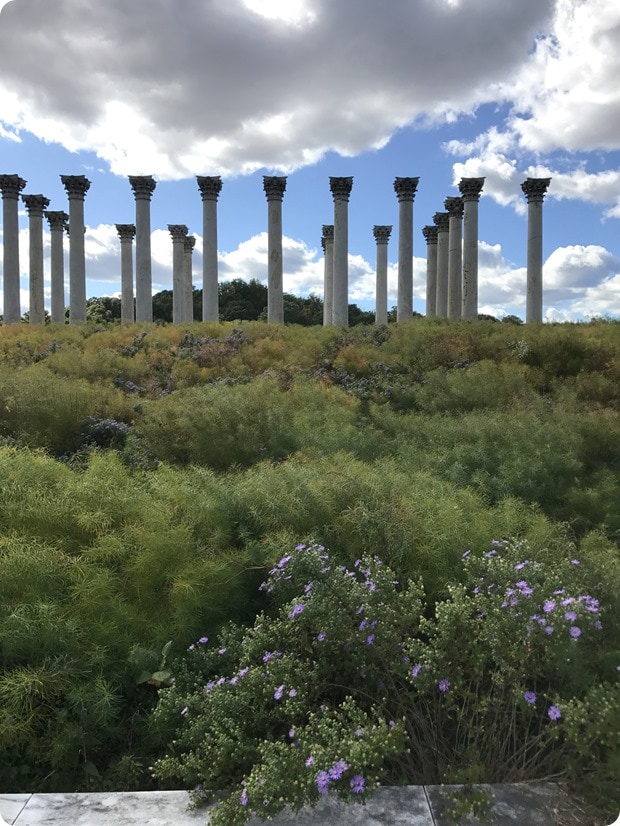 By the time I got back to Arlington it was almost 6 and I was ready for another cozy, casual evening. I did round 2 of chicken noodle soup for dinner + a carrot, an apple, and this yummy blueberry muffin. 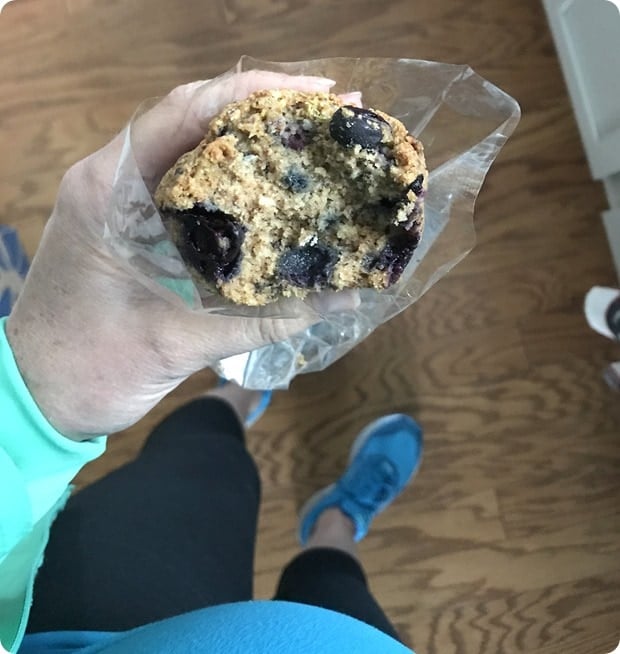 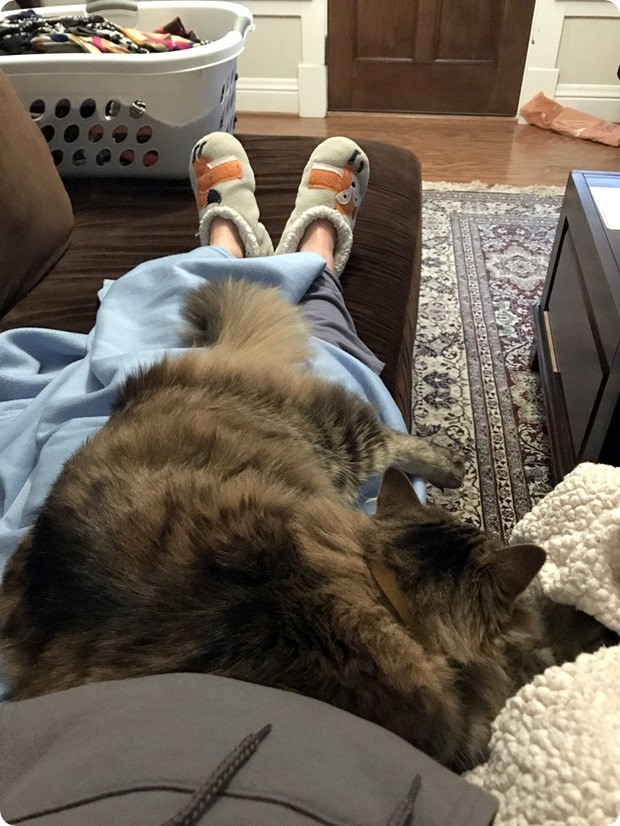 As for Sunday, I had another fun walking date on the agenda – I met up with my friend Karen in Woodley Park in northwest DC to check out the new-ish Klingle Valley Trail! This used to be a road, then it was abandoned/not used for many years, and then it just recently got refurbished and made into a lovely trail. 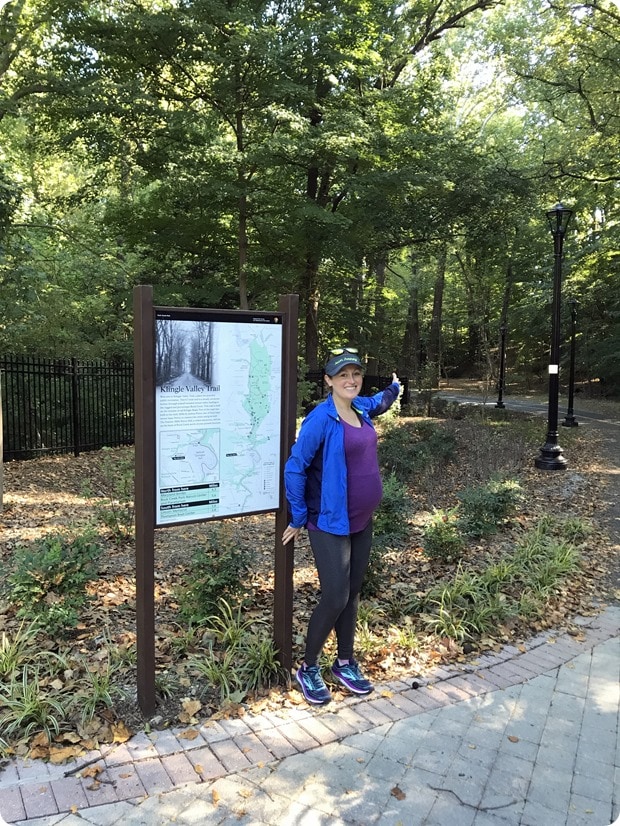 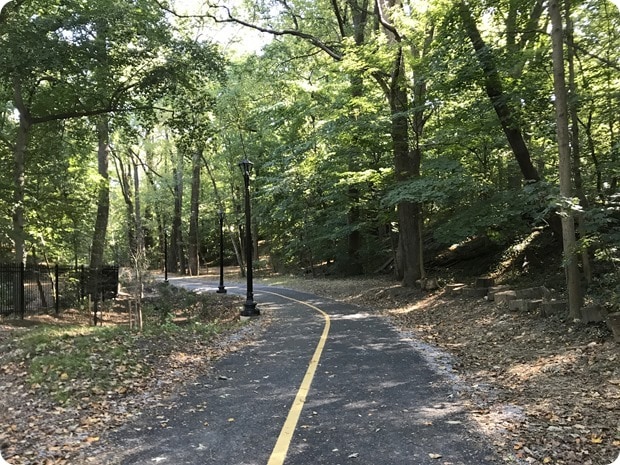 It was another really nice, cool but sunny morning – perfect for some outdoor fitness with a good friend. 🙂 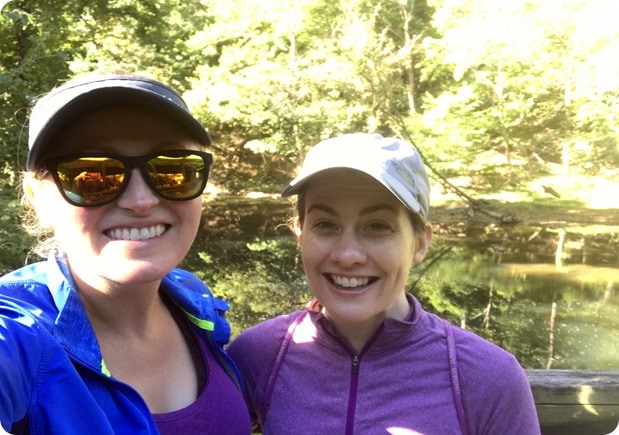 We made our way back up to Woodley Park via Rock Creek Park trails and the zoo, which was also fun – I hadn’t been in there in ages! 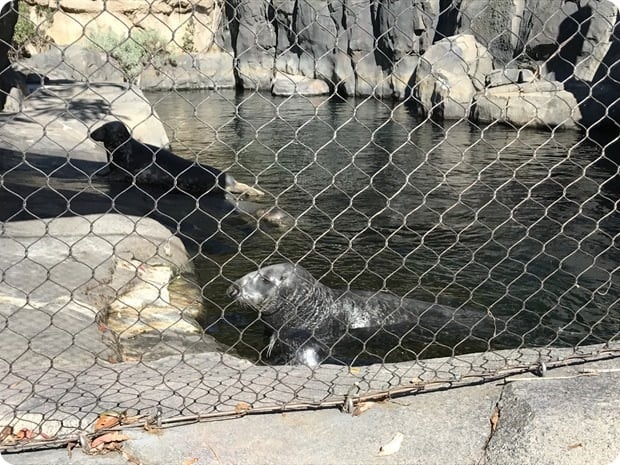 The red panda is my fave – so excited he was out and about! 🙂 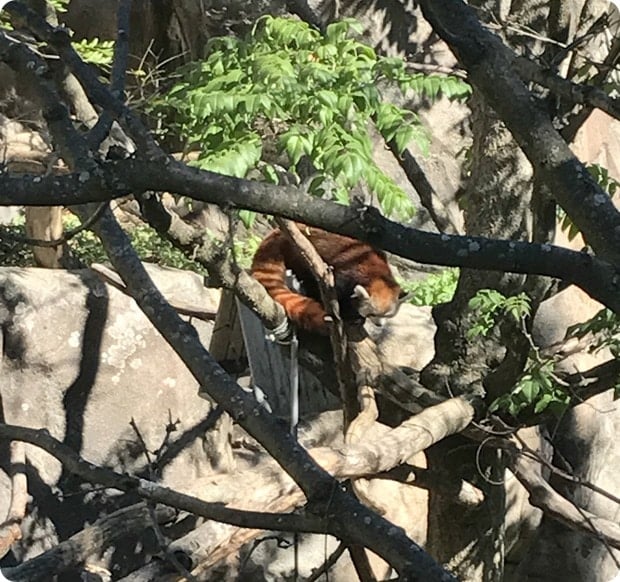 Our final stop was brunch at Duke’s Counter right across from the Zoo. It was soooooooo good – the bread was really fresh and soft and the scrambled eggs were really pillow-y! Yum!! 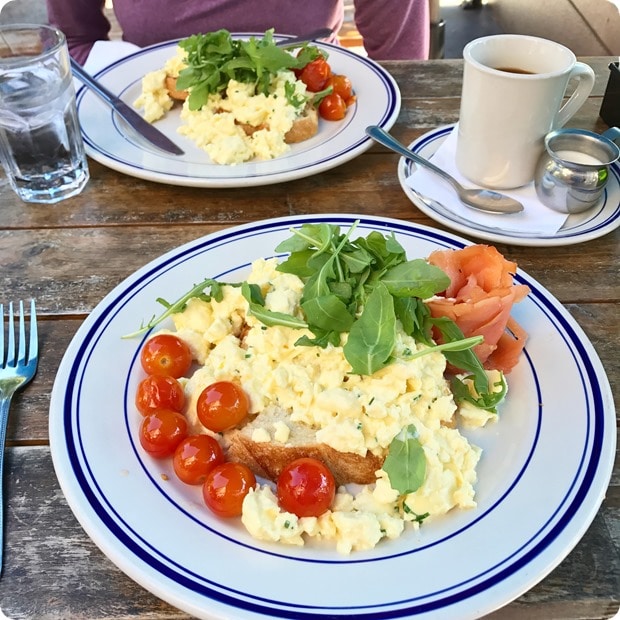 I spent the rest of Sunday set up on our deck at home writing thank you notes from our baby shower before heading out to dinner with my parents. I didn’t get any photos but we hit a yummy Italian place and I had a big salad and a pasta bolognese. Delish!

How was your weekend?

I’ll leave you with a couple things of interest from around the web: 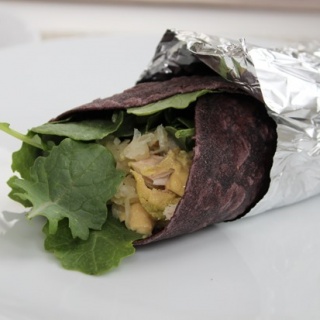 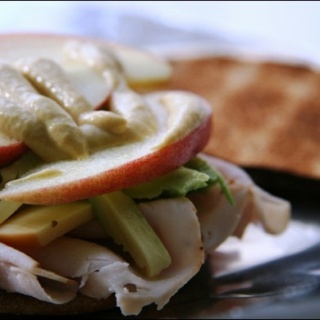 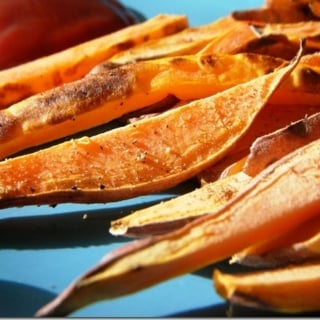 I have a love affair with cumin. 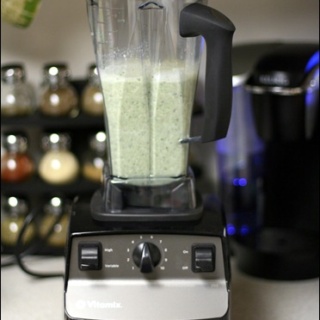