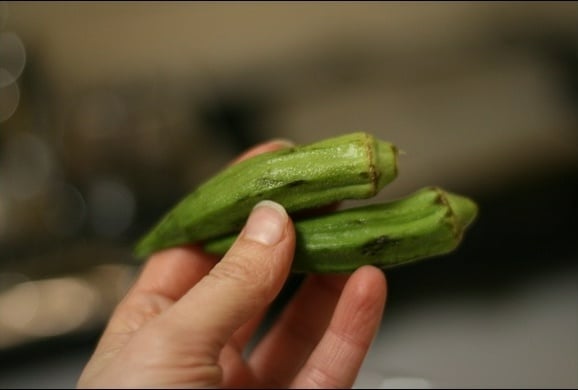 Tackling my fear of Okra

Friends, I would like you to meet my arch nemesis. Okra. 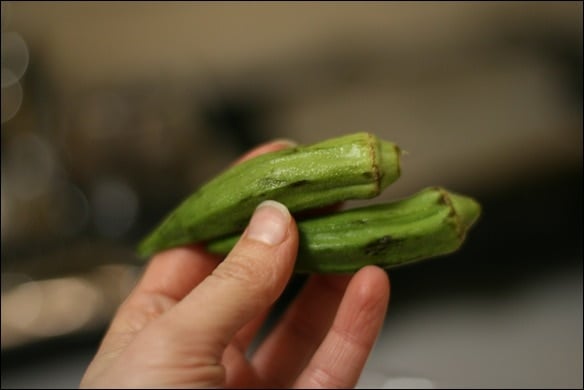 Why do I hate okra so? Well, my only memories of okra are disgusting, soggy, fried okra from my middle school cafeteria. Ew. I haven’t had it since.

But yesterday, I was in the grocery store and I saw okra out of the corner of my eye. I’ve been trying to be more adventurous and not just buy the same old stuff every time, so I thought, “Why not?” It’s time to get over my fear of okra. 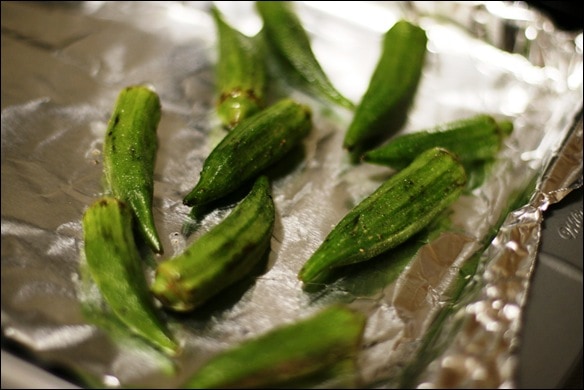 The only problem is… I don’t really know what to do with it. I sent out a Twitter plea asking for advice, and a lot of you recommended baking it, so I decided to try that, first.

Into a little ziplock baggie went the okra, a drizzle of olive oil, salt, pepper, and garlic powder. 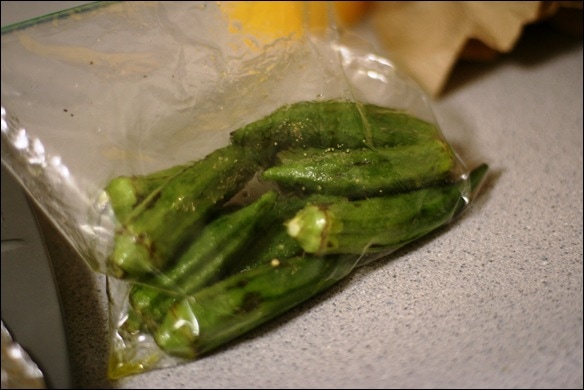 Tip: putting veggies in a ziplock with the oil/seasonings makes it really easy to spread everything around evenly without having to add a ton of oil! 🙂

Then, into the oven it went (with some sweet potatoes) at 375 to roast for 20 minutes. 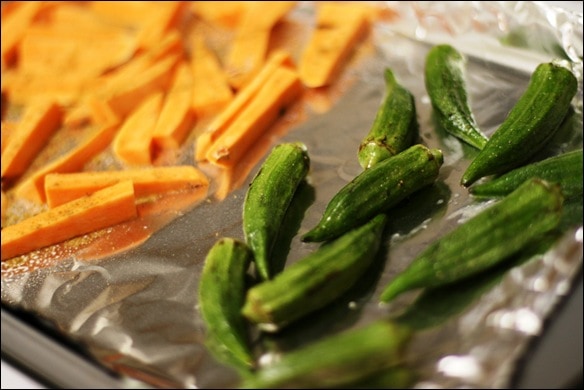 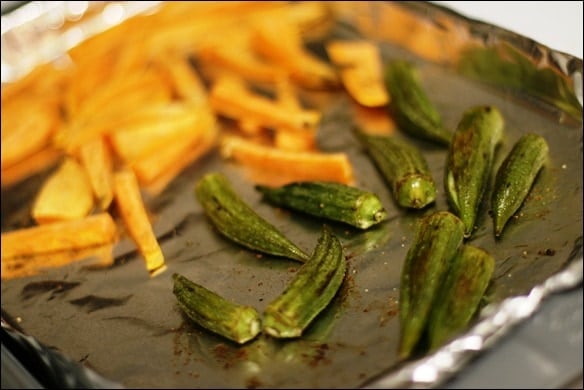 With the roasted okra and sweet potato fries, I also enjoyed some of my super easy Tomato, Basil & Garlic Chicken: 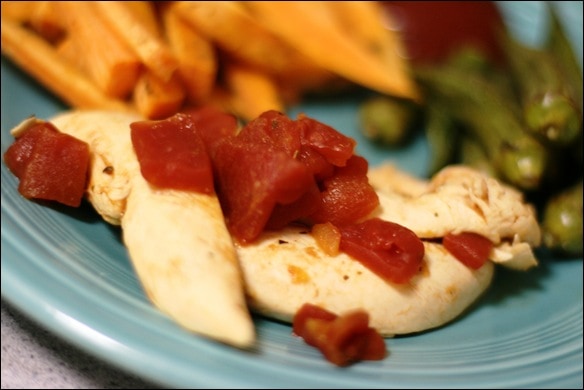 I went ahead and made the whole package so I’d have leftovers for quick lunches/dinners the rest of the week. I actually don’t buy meat all that often at the store (veggie protein like beans is cheaper and easier when you are mostly cooking for one!) but I have been really craving it recently… must be all that running! 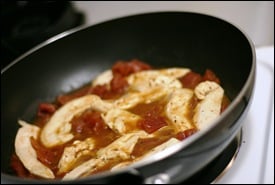 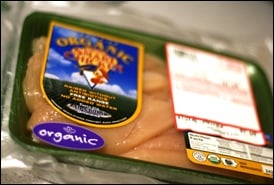 So, what was the verdict on the okra, you ask? 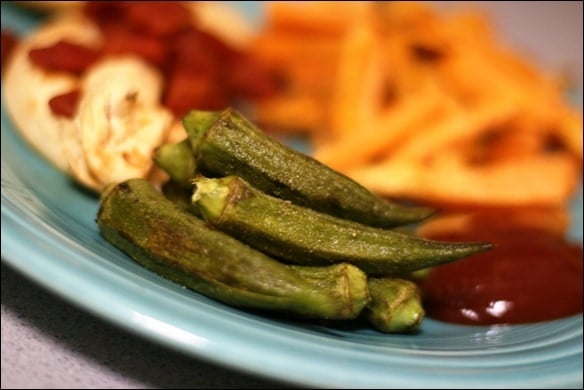 Well… it was okay. Not amazing, but not horrible. I think the slimy inside is still throwing me off a bit.

Help! Do you like okra? What’s your favorite okra recipe or way to cook okra?

So in other news, can you believe our biochem test was CANCELLED yesterday, after all that? Grrrr. It’s tomorrow now instead… there was some miscommunication with printing the exams and basically they weren’t ready. Sigh. I was so looking forward to not having it hanging over my head anymore. I won’t have any time before tomorrow to study any more and probably won’t do as well now, either 🙁 Oh well, c’est la vie.

Have a good one! 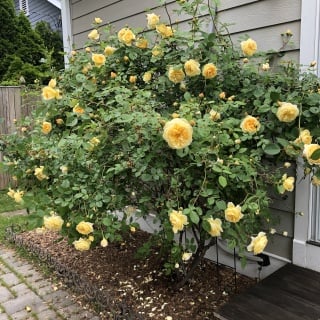 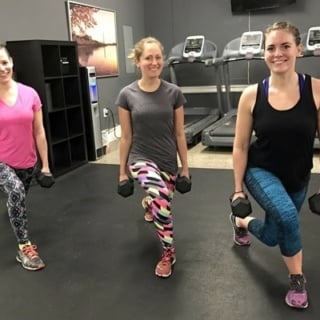 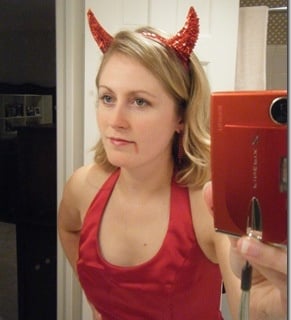 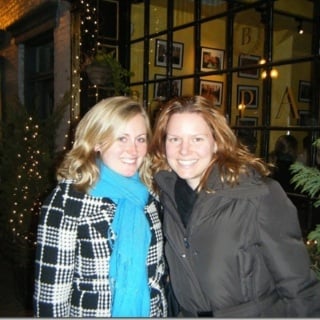 And the hungry monster was tamed.