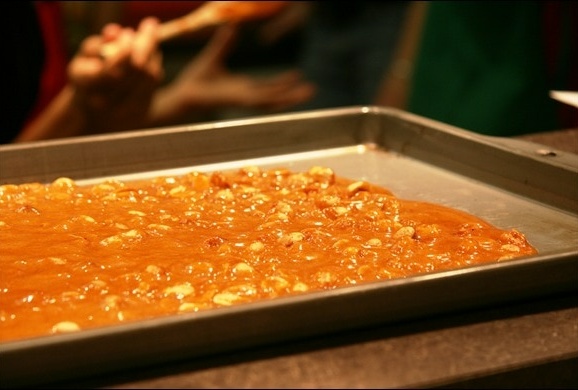 Sad news, friends. Last night was our last night of Food Science lab! But we went out with a bang:

Mmmm… peanut brittle. Made by another group, but they said it was super easy, too! 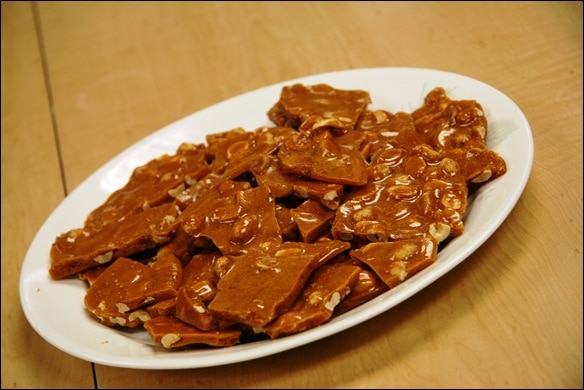 This class was all about beverages, crystallization, and candy, so we started the class with a fun tasting: Starbucks COFFEE! 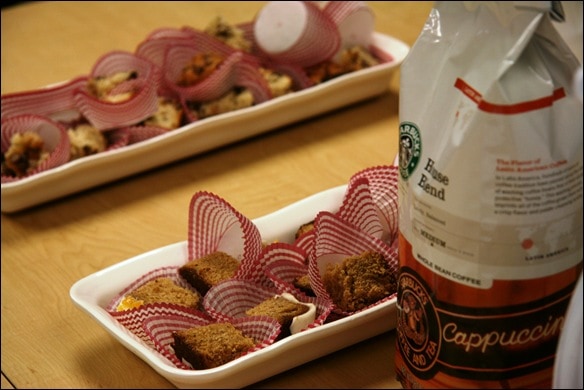 Our professor is the head of Food Service over at the UNC hospitals, so he had some of their Starbucks staff come over to lead the tasting. We were given two types of coffee to try. First we smelled it, then we sipped it, and then we ate a piece of complimentary pastry to see how it changed the flavor (for example, eating gingerbread with the Christmas blend coffee — made the ginger flavor stand out a ton more!). 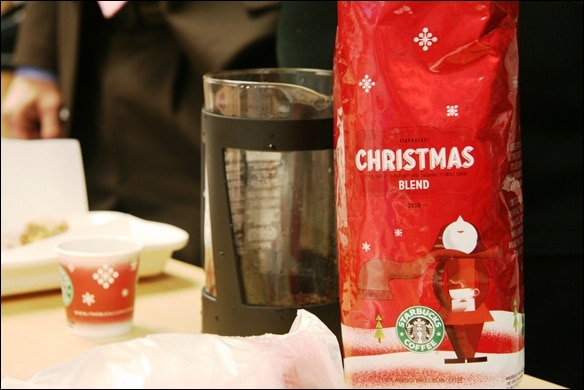 So much fun! They used French press instead of regular drip because apparently French pressing keeps the oils in the beans in the drink, giving it more intense flavor. Interesting!

Then, after our final lecture, we moved on to lab! My team was assigned vanilla ice cream. Check out this old school ice cream maker: 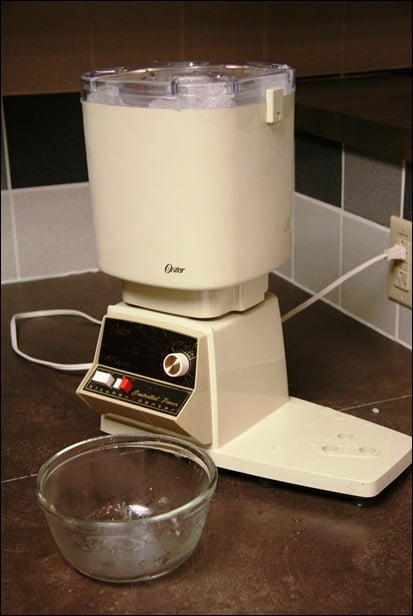 I seriously need an ice cream maker — it came out SO good!

My group also made fudge! 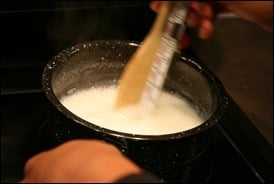 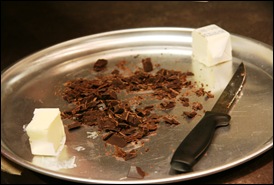 It was tasty, but my mom makes the best fudge in the world, so it didn’t even compare 😉 Apparently I’m a fudge snob. Heh.

The best food of the night was hands down these AMAZING homemade chocolate peanut butter cups that another group made. So epic. 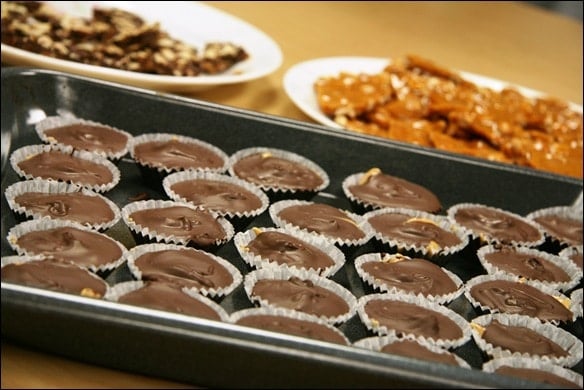 And for aesthetics, these cute lollipops won 🙂 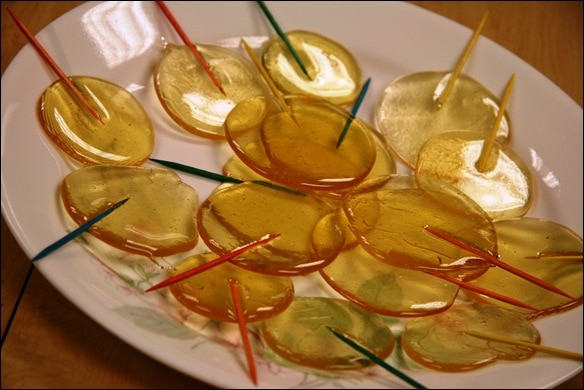 Our professor did a good job this semester about making sure we always had real dinner-type food during the labs (since class was 3 p.m. to 8 p.m.), especially ones like last night where all we made was sugar! (For example — last week to go with our pies we had “Thanksgiving paninis” stuffed with turkey, cranberry, and stuffing! SO good!)

Last night, he brought us some sushi from another one of their hospital restaurants. Yum! 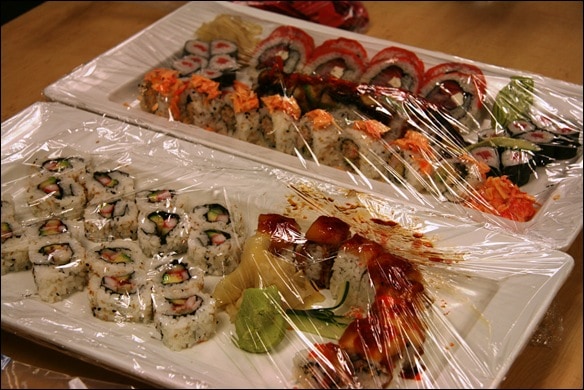 To go with the sushi, our group was assigned to make Egg Drop Soup. I was in charge of this while the others did the fudge/ice cream. 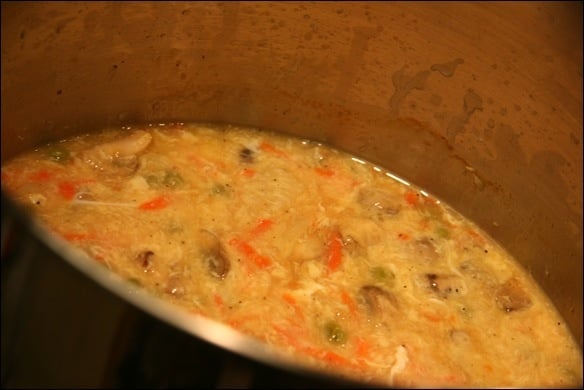 It came out rather tasty, if I do say so myself! I never understood how the egg part of Egg Drop Soup worked until last night — apparently you slowly stir in the eggs, already whisked, when the soup is otherwise all ready to go. Once the eggs are in, you take the soup off the heat immediately and serve! 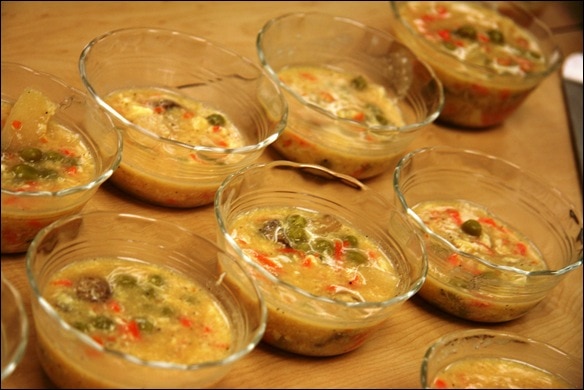 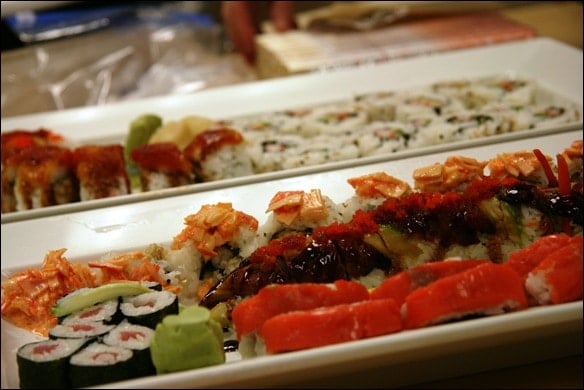 What a fun last class! I’ll be sad to not have any more fun cooking labs, though. Next semester we have the second part of the class (with the same professor) — Food Service/Management. We’ll be spending a lot of time at the hospital, receiving deliveries, cooking, learning to order food and plan budgets, etc. It should still be really interesting, if not as awesome as cooking 🙂

I’m off to school — I have a presentation in one of my classes today, eeek! Wish me luck 🙂 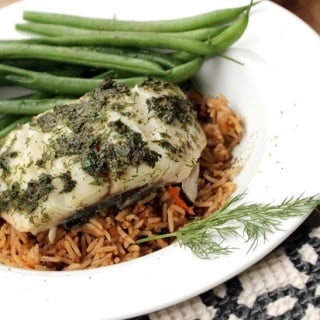 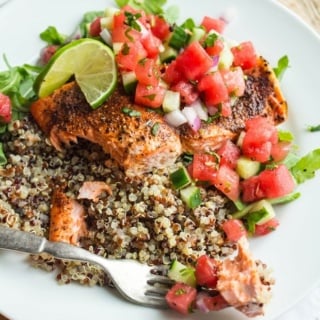 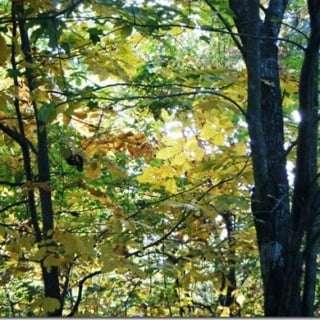 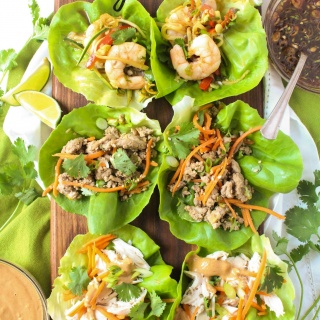