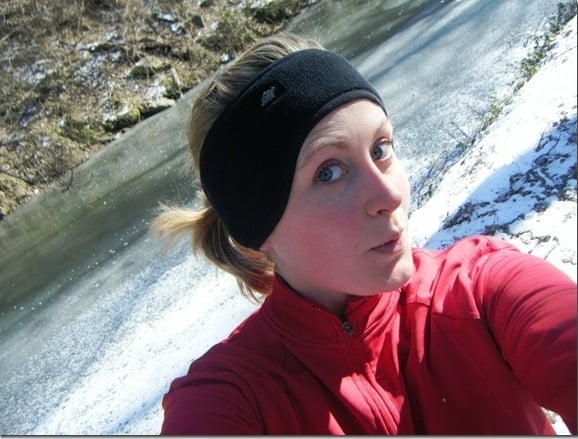 Can you believe I was wearing shorts and a tank top and dancing on a beach a mere few days ago? Because I can’t. 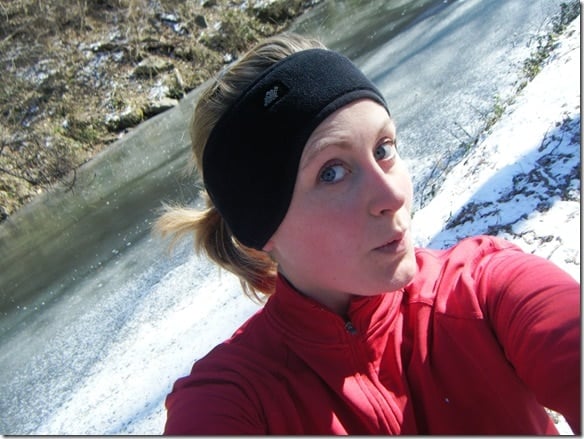 It’s soooo cold in D.C., but yesterday was sunny so I decided to bundle up and head to my favorite trail for a run. I hate the treadmill! 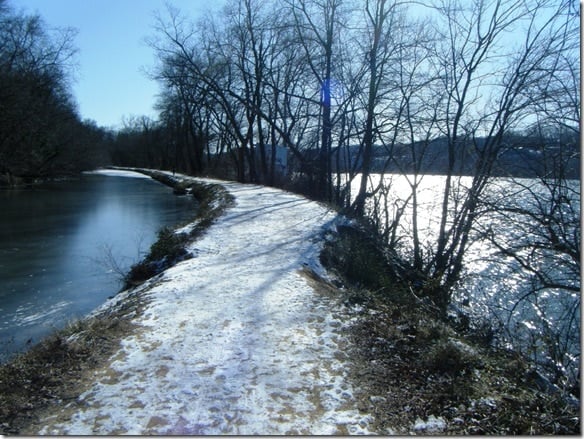 Yep, that would be snow on the ground! Luckily it wasn’t slippery since there’s dirt underneath. 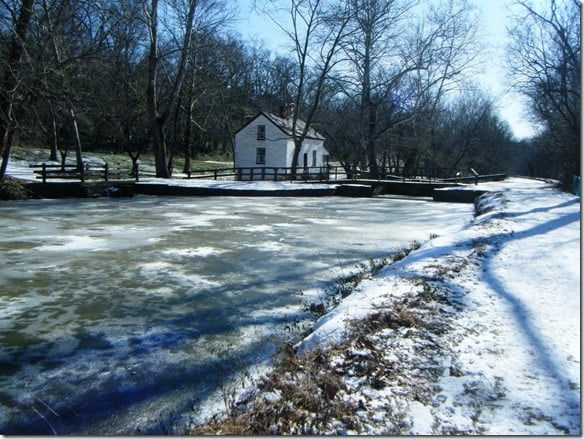 This is the trail where my friend Ashley and I did a lot of our longer training runs for the Army Ten Miler in October. It’s also where we’ll be training (starting very soon!) for the Cherry Blossom 10 Miler in March! 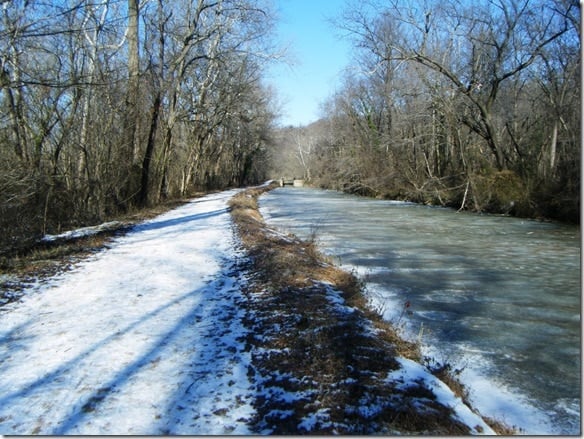 I love this trail — it’s flat, goes for miles, and has beautiful views of both the canal and the Potomac river. 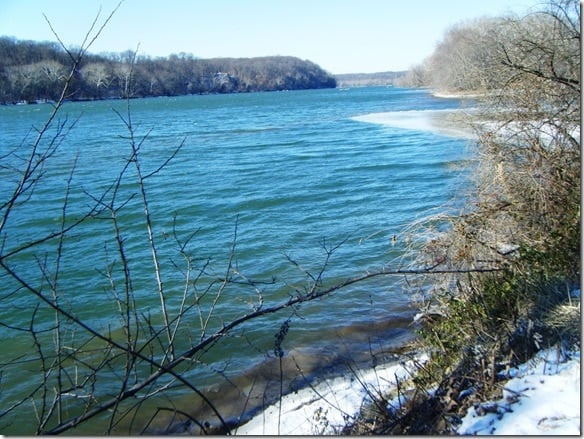 My run was actually rather nice once I warmed up! It was refreshing to be outside. Plus, I had entertainment: 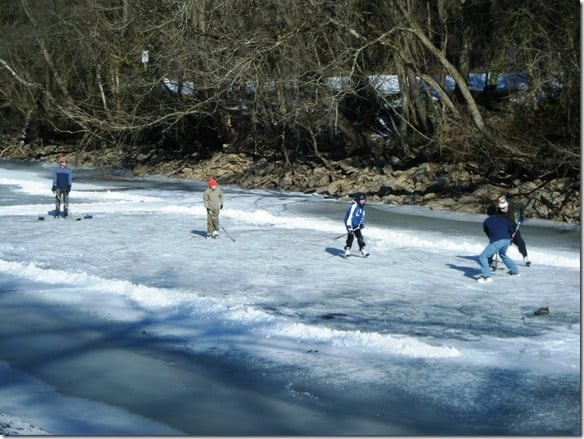 It’s so cold here that parts of the canal were frozen solid, and there were some people out playing a game of ice hockey! Not sure if I’d feel safe doing that, but to each their own… note the sweet shoe goal 🙂 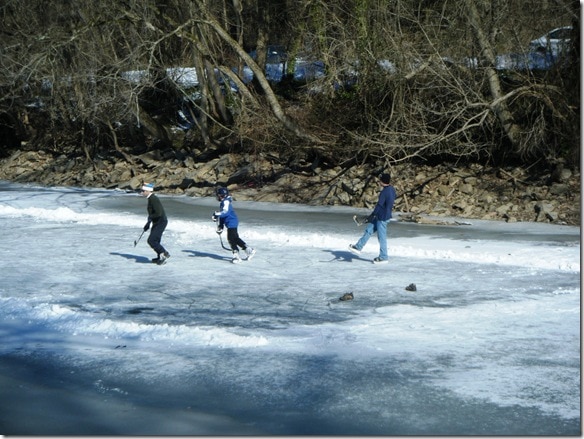 At one part on the trail there’s even an adorable ferry!! Shockingly, it was closed… I can’t imagine why! 😉 Certainly not the ice… 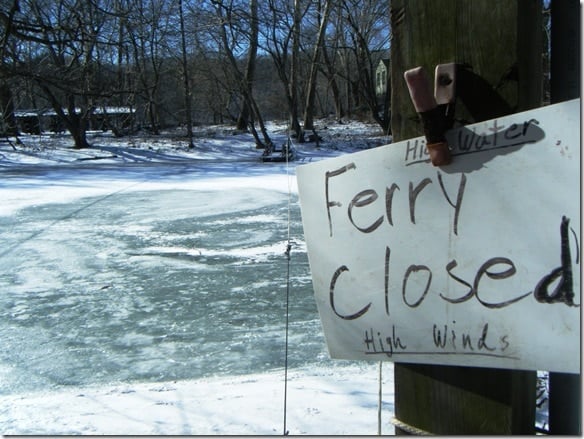 Time to figure out dinner and get organized! I head back to work tomorrow morning (I’ll be working on site Mondays, Wednesdays, and Fridays now instead of from home like in the fall), so I also need to get my lunch ready. Now that I won’t have the luxury of being at home for lunch anymore, I’ll definitely be sharing some fun packable lunch ideas with you all 🙂 I also start class again tomorrow night — my first nutrition course!

Have a wonderful rest of your Sunday! 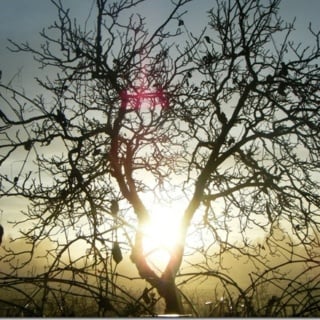 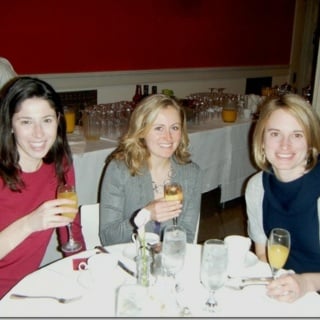 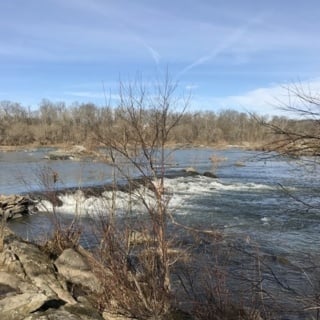 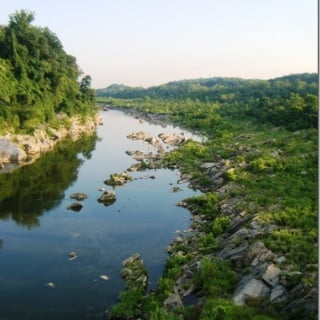