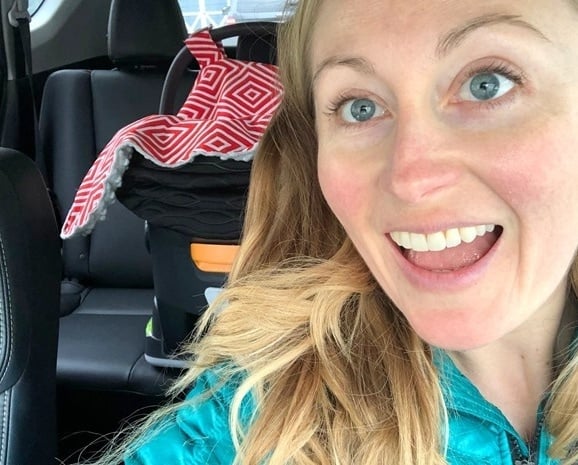 Hi guys! Big news – Riese and I had our first solo car outing yesterday! We’ve been on a ton of solo walks together with her in the carrier, but nothing involving the car yet since Matt was around until this week (and since the car seat with her in it was too heavy for me to lift solo until just recently given the C section). 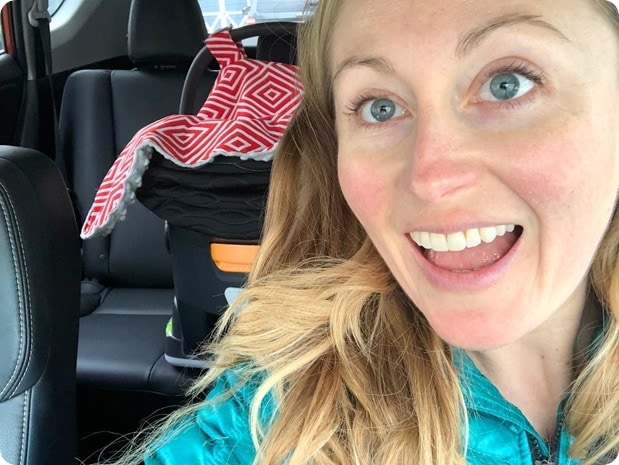 I joined a PACE mom’s group (thank you to those of you who told me about PACE – you’re how I found out about it!) and yesterday was the first meeting. It’s an educational and emotional support group for new moms and it will be great to get to know some other ladies in the area who had babies right around the same time! Should be great for future play dates once the babes are more alert, too. 🙂 The first session was everyone introducing themselves and their journeys to being a mom, and about half of us went out to lunch after, too, so Riese also had her first restaurant outing! She obviously had a diaper blowout during the group meeting that involved an entire outfit change and about a thousand wipes, but she did okay in the restaurant thankfully. This group is definitely going to help me get more comfortable changing diapers and feeding in public, that’s for sure!

As for food highlights from the week, on Tuesday night Matt’s mom made us my Sheet Pan Asian Salmon (<- recipe) plus quinoa and a yummy Edamame Slaw with Orange Dressing I saw in the Food & Nutrition Magazine. The slaw also had an Asian-ish flavor so it went well together! 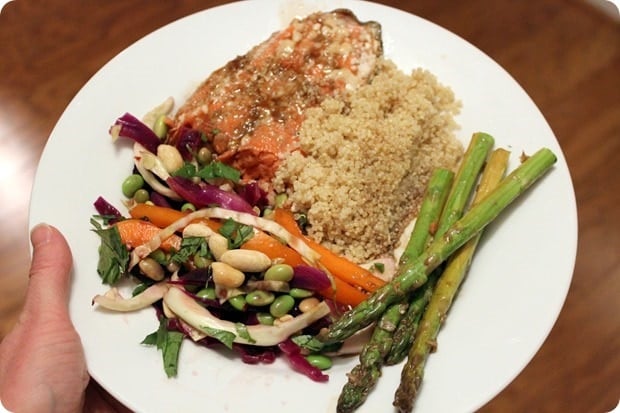 I ended up mixing together the leftover edamame slaw and quinoa and drizzling it with the leftover Asian salmon pan sauce – great combination! We have a couple pieces of salmon leftover as well so I’ll be enjoying it all together for lunch today. I love colorful food – it was so pretty! 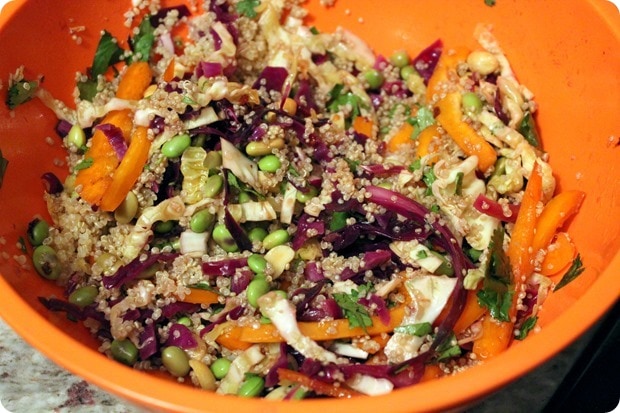 As for last night, we went over to my parent’s place for dinner and I made my Almond Crusted Tilapia for everyone. 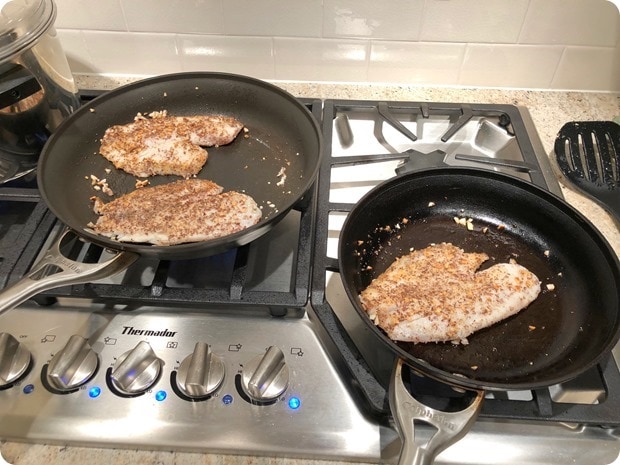 I hadn’t had that in ages and it’s an old favorite… nice to have it back in the mix! I forgot how long tilapia takes to cook (it was pretty thick, and I’m used to salmon lately where you can leave it a bit rare on the inside), and as a result I slightly overcooked the additional almond topping because I had to leave the tilapia on the stove for longer than anticipated, but it was still tasty. 🙂 Served with some brown rice and string beans on the side. 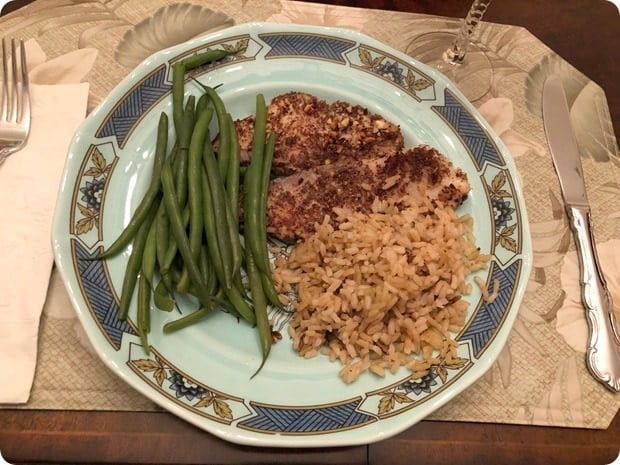 Dessert was coffee ice cream (Haagen Dazs – the best) with some fresh raspberries. Delicious combo, especially when enjoyed by the cozy fireplace. I really wish Matt and I had a fireplace in our house – it’s so lovely in the winter! Riese must have liked it, too, because she was really cheerful and smiley last night! The best. <3 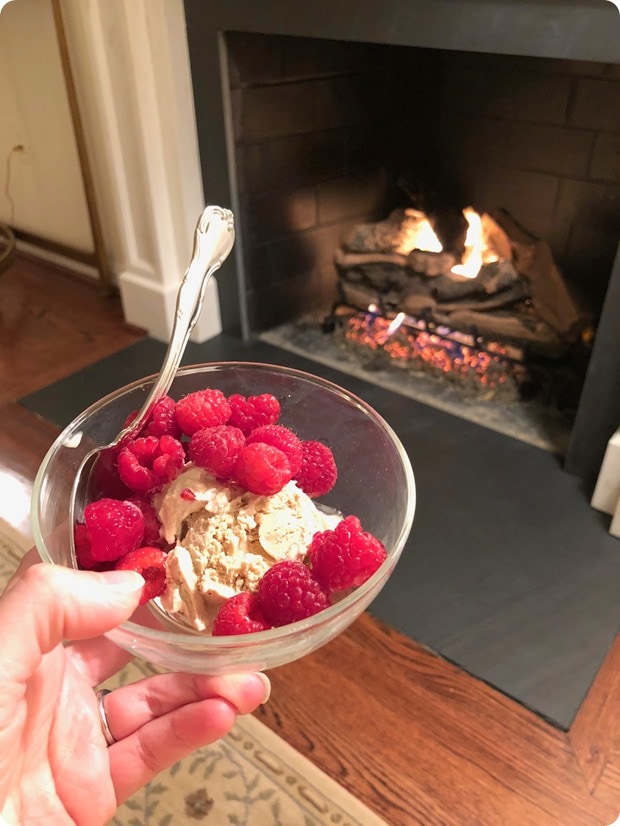 Riese has her 2 month pediatrician appointment this afternoon… another big outing! I am excited to see how much she weighs and how long she is now – she’s definitely getting bigger. I think she gets some of her shots at this appointment, so hopefully she does okay with that.

Have a nice day guys! 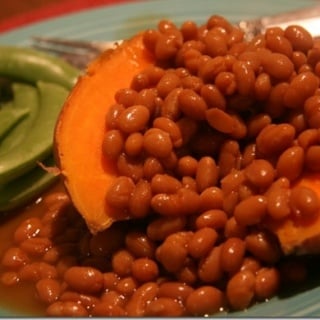 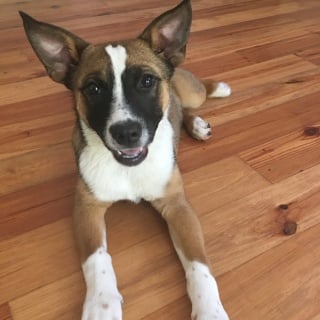 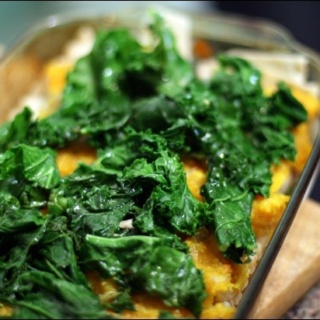