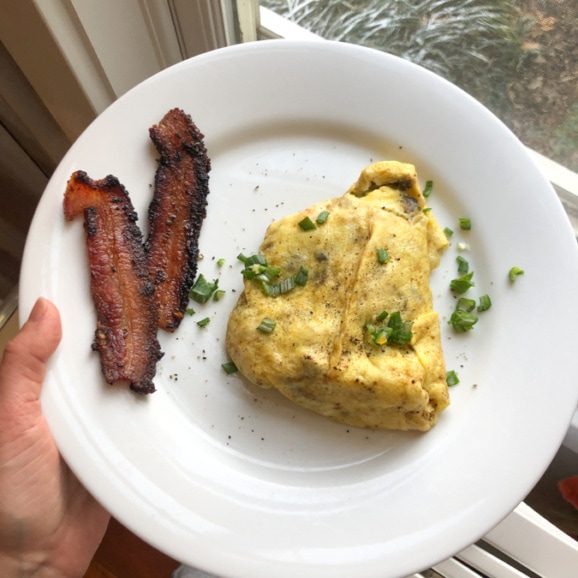 Hi friends! We are officially on the upswing over here after a long few weeks of being homebound after Riese came down with covid (there were a bunch of cases in her school all at once, so must’ve been from there).

After she tested positive, it was like a very long, very slow game of dominos. Thankfully Riese only had one day where she had a low fever and was lethargic – other than that she was her normal self and just had cold-like symptoms.

We are thrilled to all officially be covid negative now and back out in the world as of the start of this week – and thrilled to have childcare/preschool in the mix again, too. 🙂

Matt and I went out on Tuesday night to celebrate – we hit up KaiZen Tavern in Del Ray. We shared some appetizers to start, then I had the salmon poke bowl. Plus Prosecco! 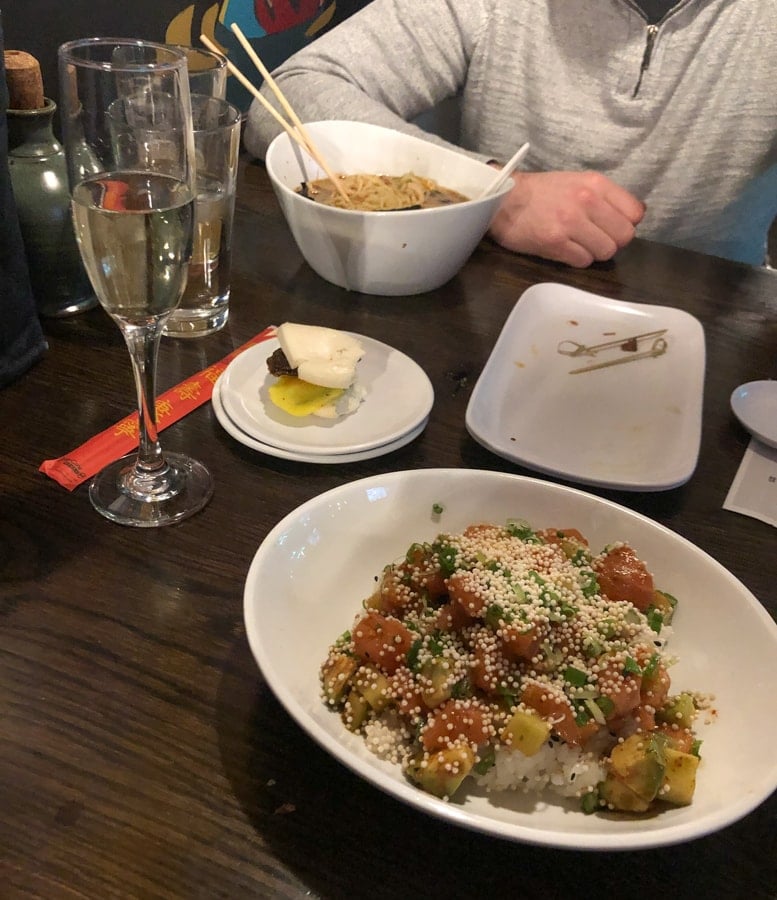 We had some good eats while we were at home, though, too!

Since I was testing out my Crockpot Balsamic Chicken and Crockpot Honey Lemon Chicken recipes for the blog while we were homebound, we ate a LOT of chicken, but it was good! 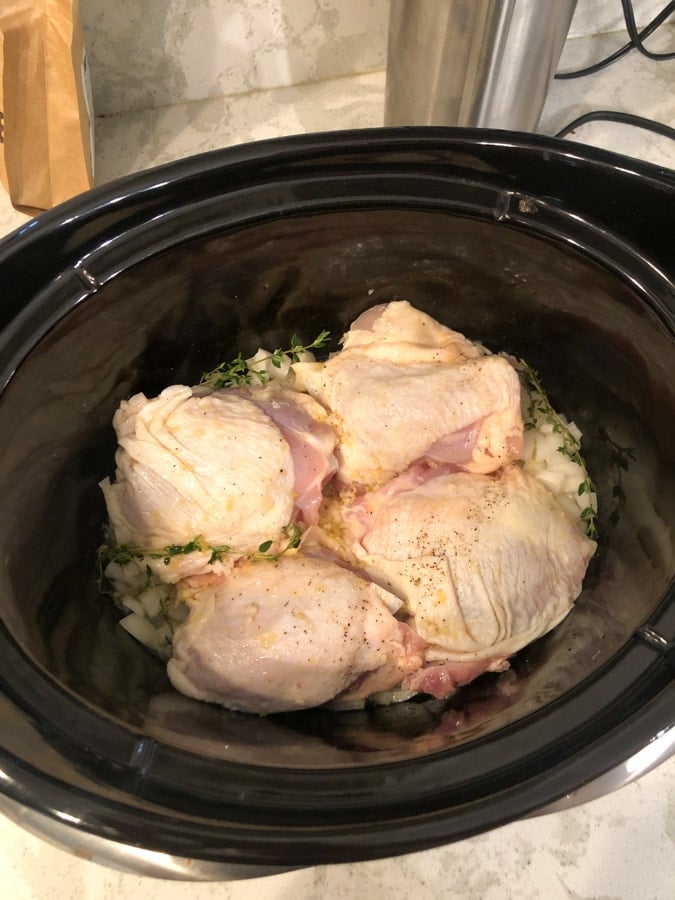 I had forgotten how awesome of a tool the crockpot is. Love being able to just dump everything in, then come back later to dinner ready. Those recipes will definitely be in the standard rotation moving forward!

Plus, the house smelled super good when they were cooking! 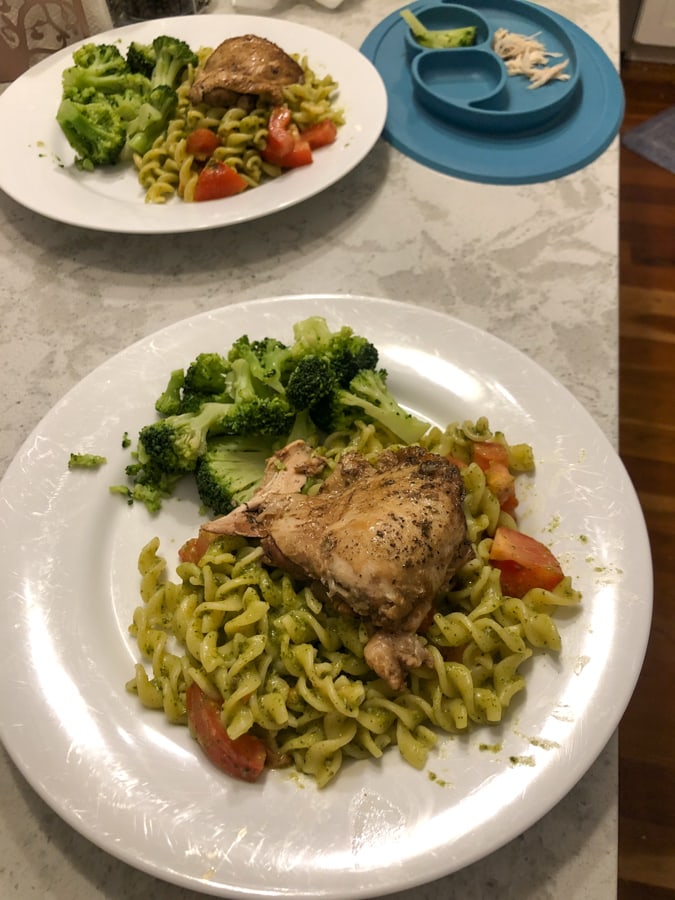 We also had my Salmon with Lemon Mustard Dill Sauce a couple times – this will always be one of my all-time favorite dinners. That SAUCE. So good. 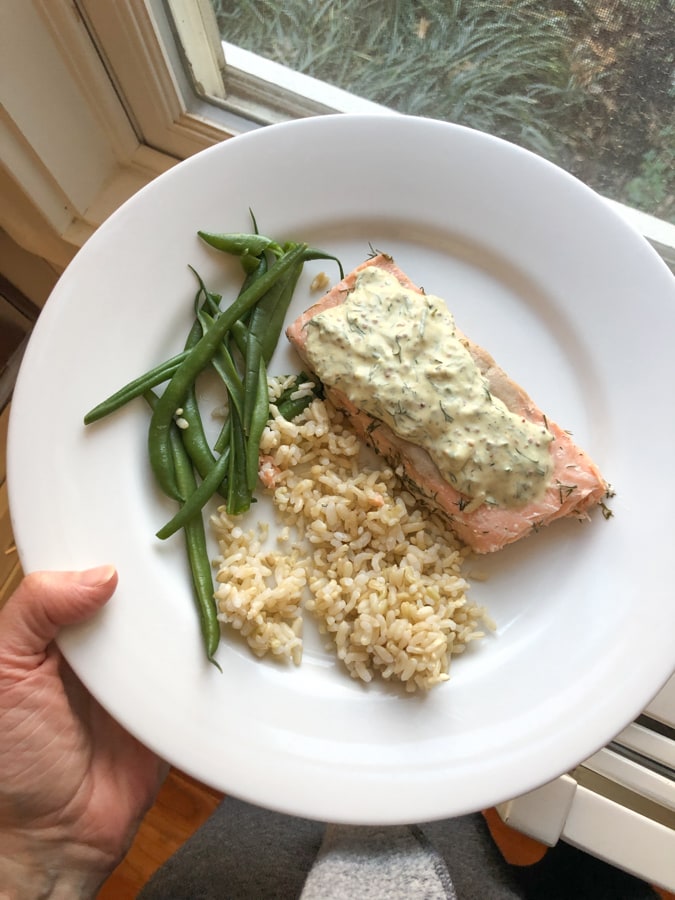 We also had an easy bolognese pasta situation one night – ground beef + diced onion and bell peppers + sauce + pasta = yum. And enough for leftovers which is always helpful! 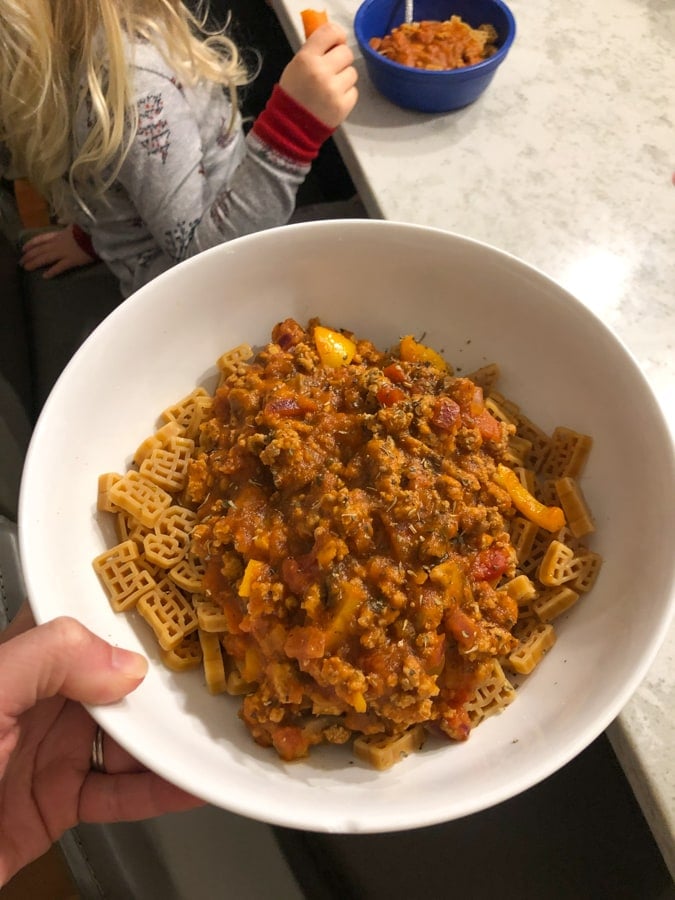 Please note Riese’s jammies in the photo above – while we were at home she didn’t change into “day clothes” once.

Jammies all day every day and I didn’t hate it. Made bedtime easier. 😉

We also ate a lot of sandwiches, sometimes on their own (this one had turkey + pickles + salami + spinach + mustard + hummus): 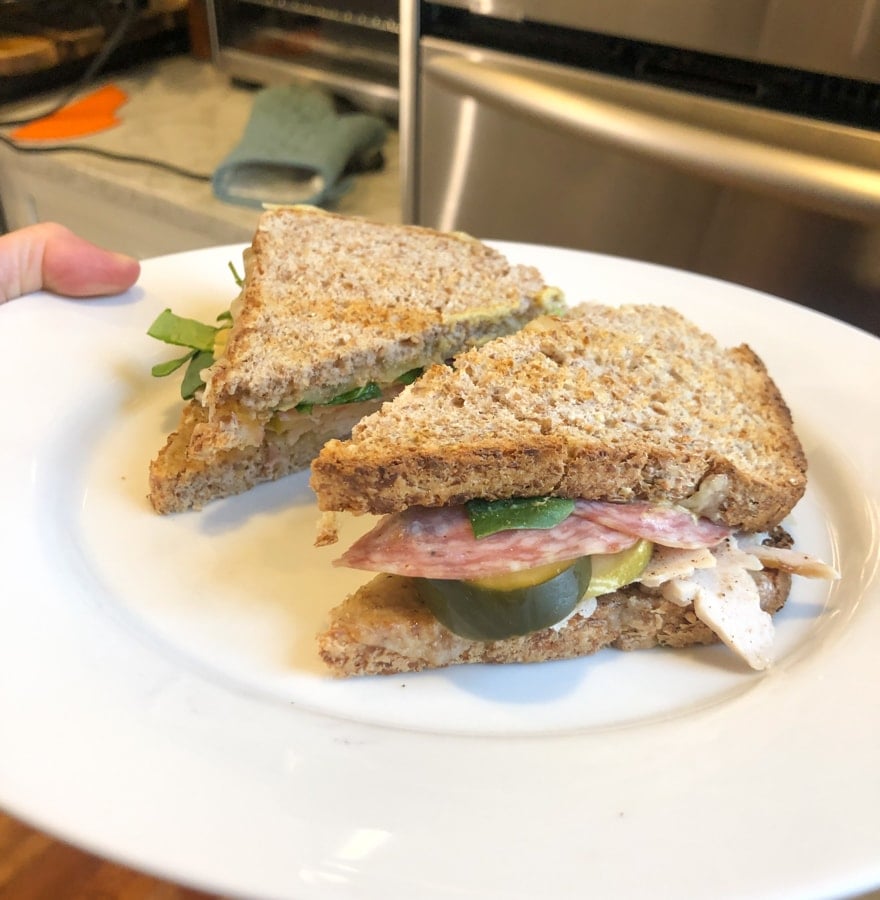 And sometimes with soup! 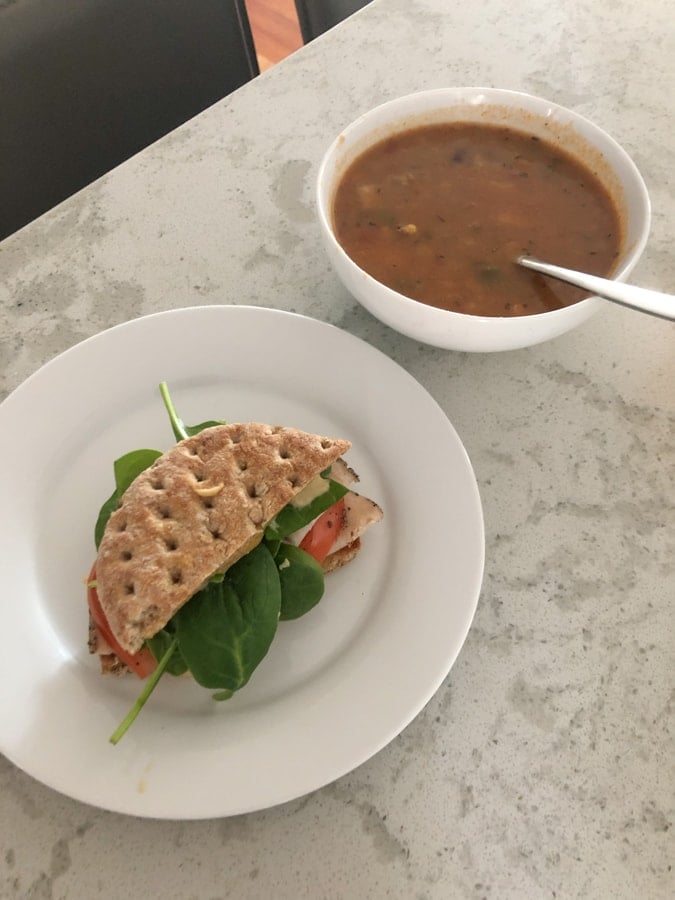 Our breakfast game was also quite strong, including discovering that eggs are very fun when cut into shapes using cookie cutters: 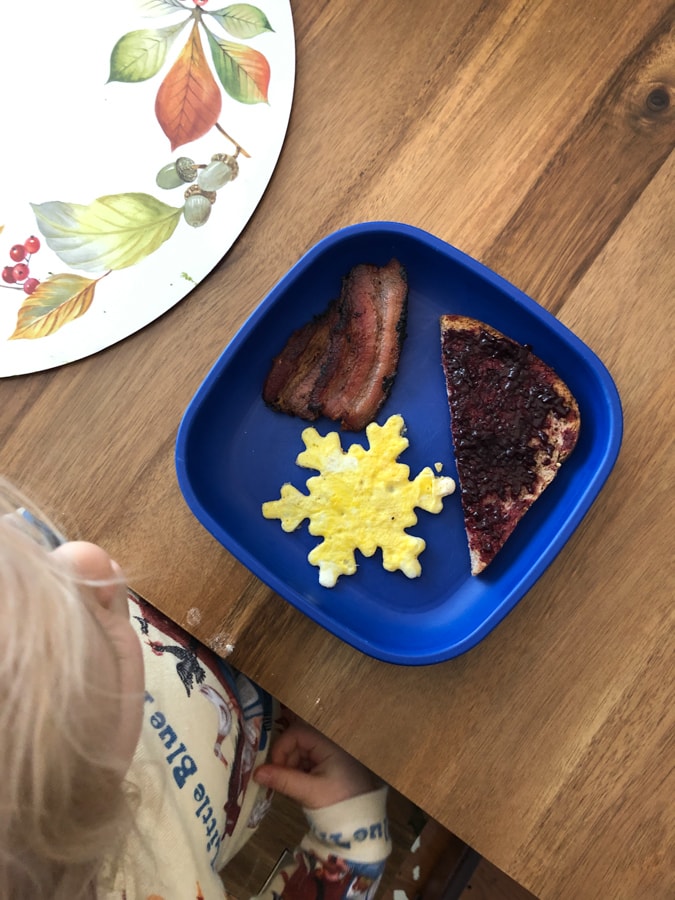 And another day we had dill, goat cheese, and mushroom omelettes with bacon which felt quite fancy and restaurant-like. 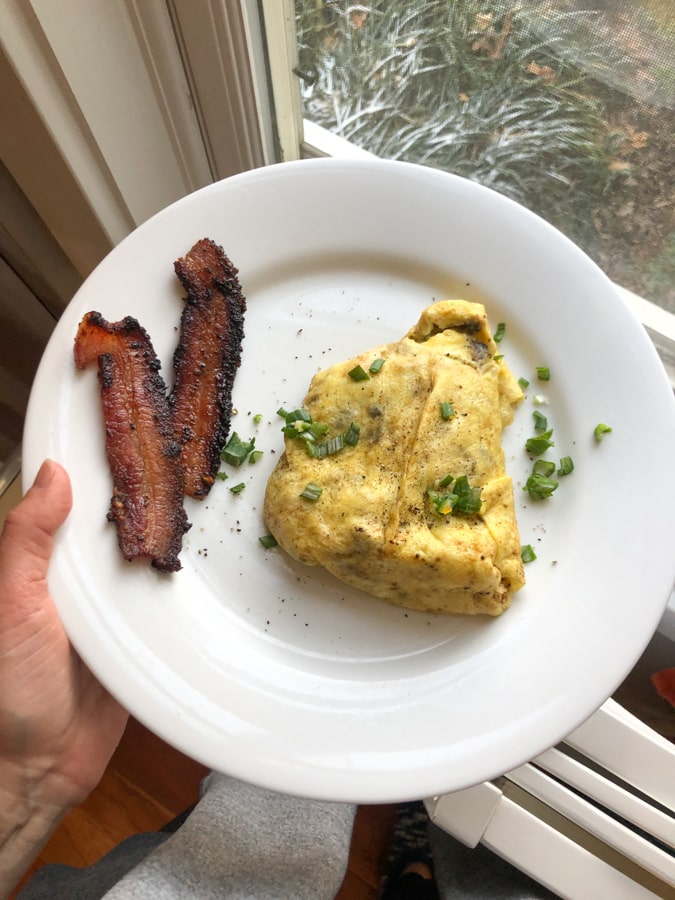 Plus the classic fave avocado toast with bacon, a runny egg, and tomato. 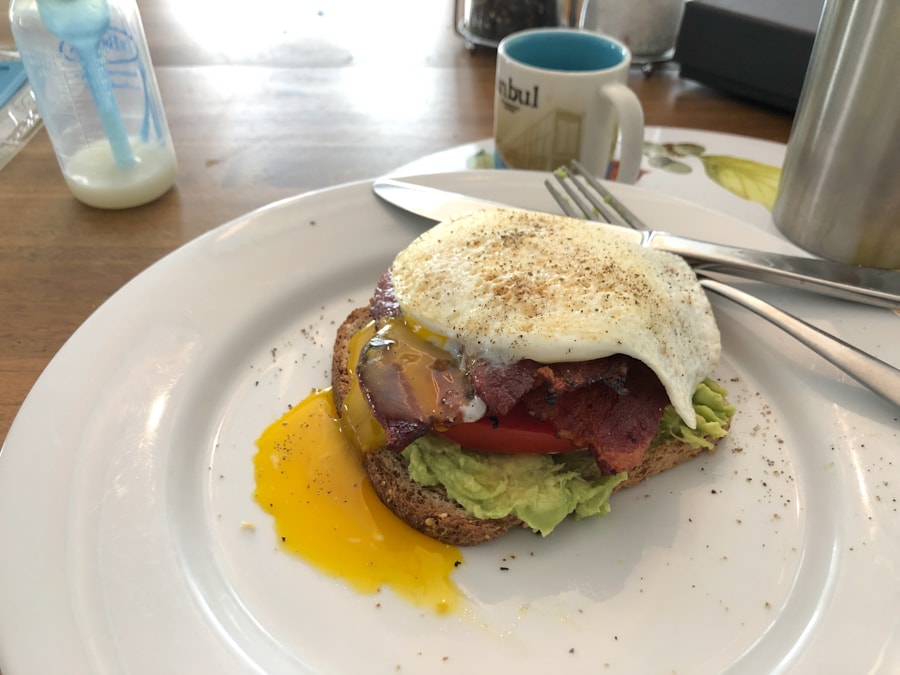 Wes likes brunching as well in case you’re wondering. Scrambled eggs are his pick, occasionally with a little mashed avocado on the side if he’s feeling fancy. 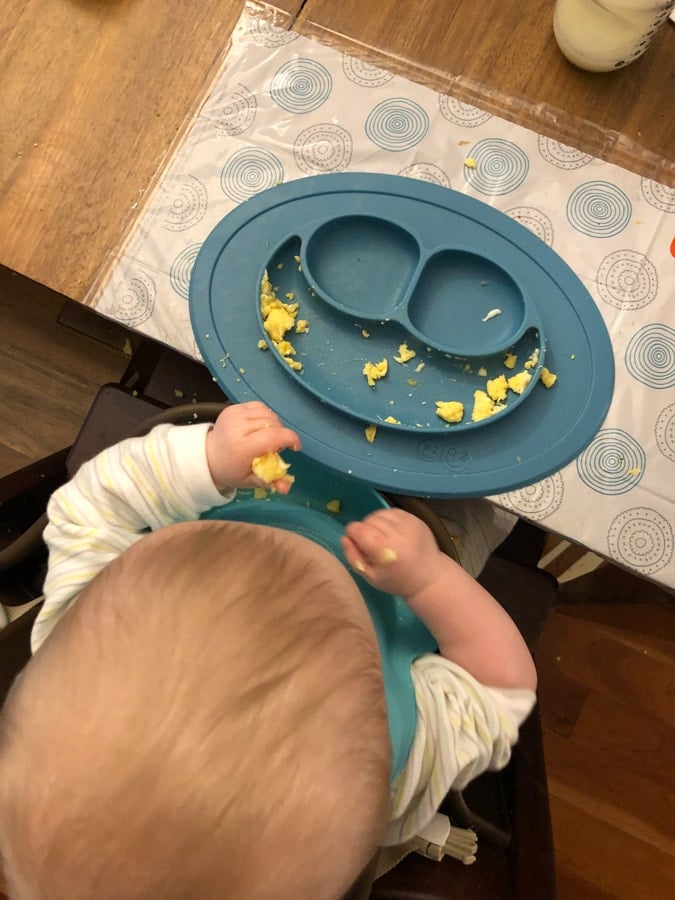 Wes decided to teach himself how to crawl while we were at home, so that’s been fun to see (minus him obviously immediately crawling directly to all the dangerous things – stairs, outlets, etc. – basically the second he figured it out).

He loves that he can move around on his own now! His favorite thing to do is to crawl around after Zara and try to pet her.

She’s quite tolerant and mostly just kind of looks at me like, “really?”, and then walks a little bit farther away from him. 😉 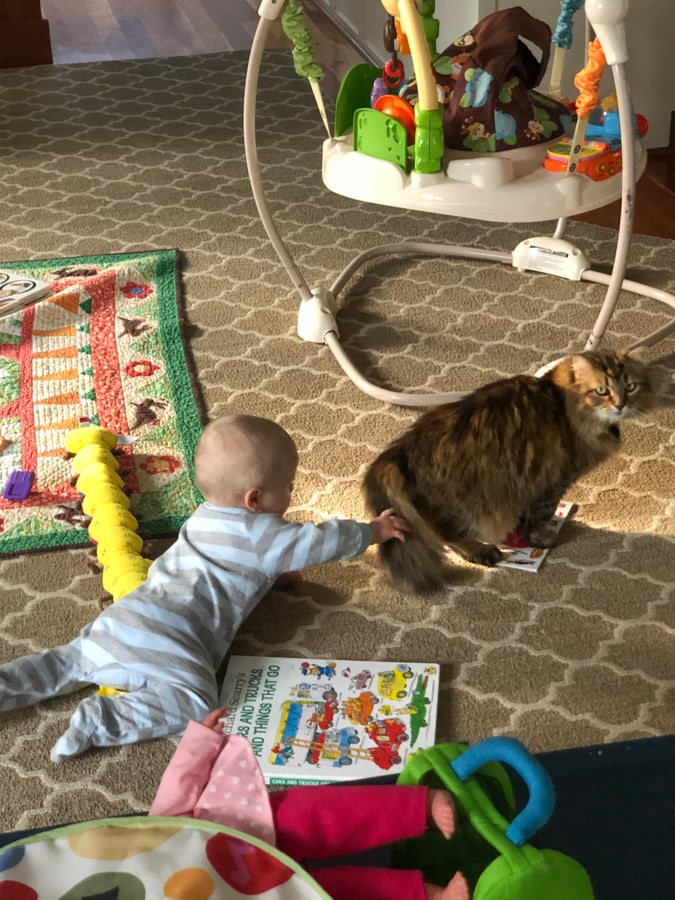 In terms of fitness, we were sooo grateful to have the Peloton while stuck at home! I got in some rides, and also did a lot of yoga via their app. Getting in some movement every day (when I felt up for it) was huge for keeping my sanity.

I’ve been really loving doing yoga in our bedroom at night right before I get in bed as a way to stretch out and shake off the day, especially if it was super hectic/nonstop (aka always because we have two small children).

They have a specific “evening yoga” category I just discovered and it’s so lovely – flowy and stretchy but super chill, the perfect combo. I usually do the 20 or 30 minute classes. 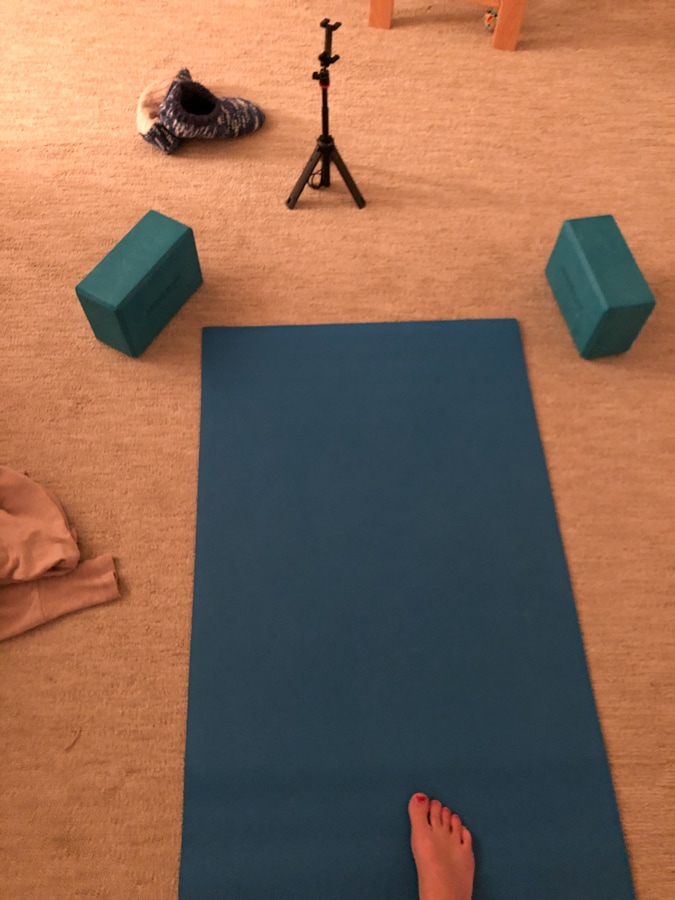 We also got in some family walks (in the neighborhood not near others), and I also got in a couple solo runs (when I was testing negative still earlier on and feeling good) which felt good.

I’ve been enjoying slowly getting back into running again – no more than 3 miles, and I do a mix of run/walk, whatever feels right. I have a run date scheduled for this weekend and I can’t wait – I really miss running with friends! 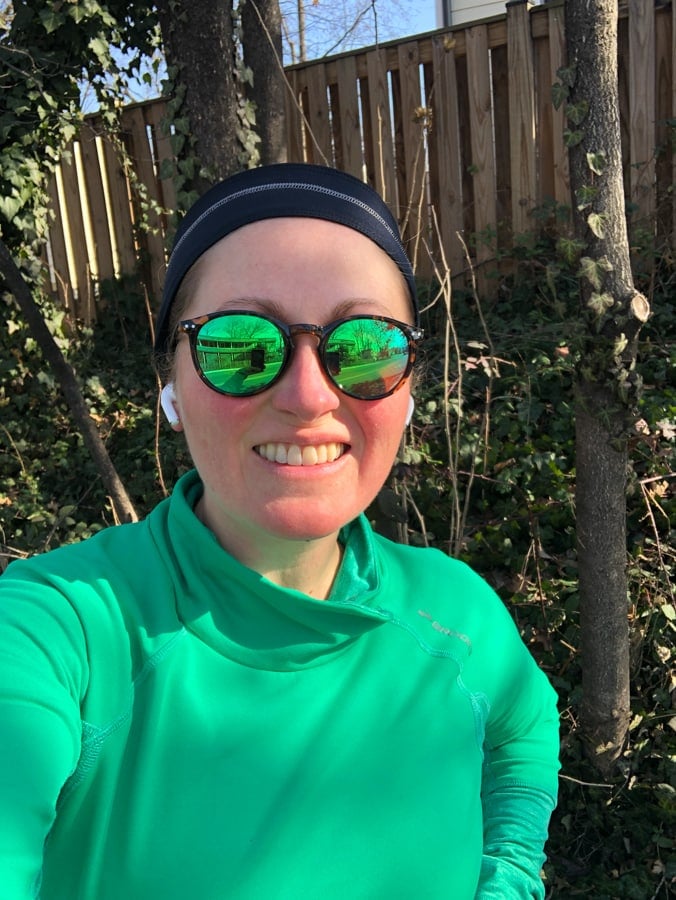 Also, a big shout out to my mom, who was our covid MVP – my parents had covid right before we did, so since they weren’t worried about getting it, we had dinner with them a couple times at their place (a change of scenery was huge), and my mom came over a few times to help wrangle the kids, too. It helped a ton!

Our other covid MVP was the TV because let’s be honest, there was no way I was going to be able to entertain Riese all day every day and so she watched TV when Wes napped so I could get a break or get some work done (Matt was busy most of the days with work calls, so I was mostly on kid wrangling duty).

I also enjoyed some TV after the kids went to bed – I blew through the second season of Emily in Paris which was light and fun. I mostly just love all their fun outfits! 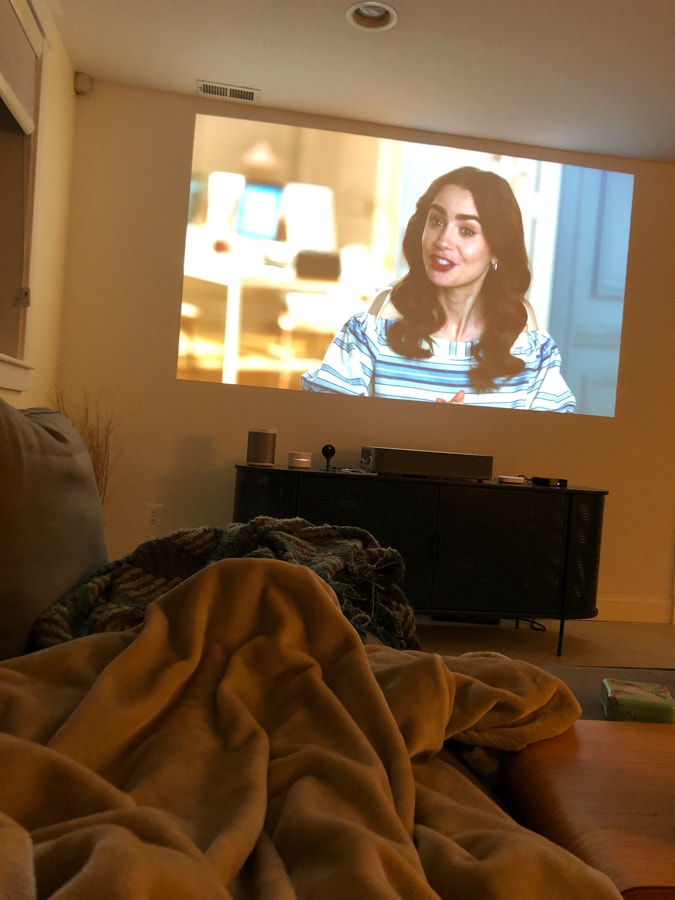 Time to wrap this up. I hope you have a nice weekend lined up – we are excited to be able to be back out in the world again!

Until next time – have a nice Friday! 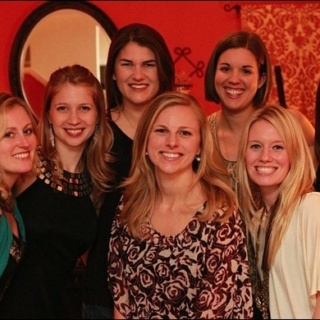 Holiday Celebrations with the Girls 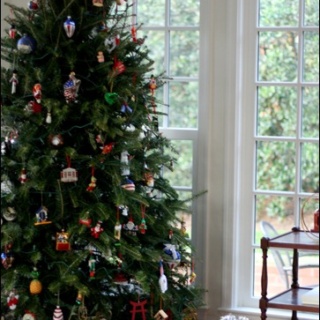 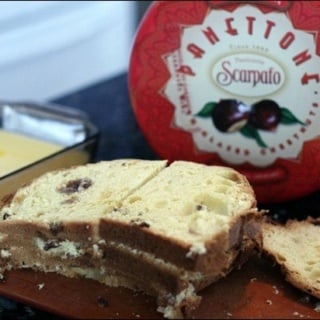 Things That Are Awesome