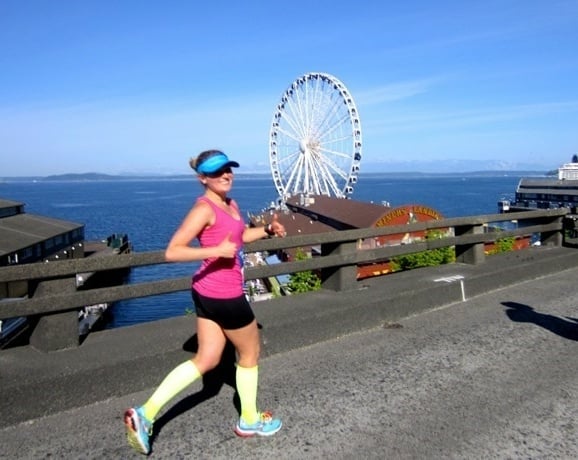 Hey guys! I’m super excited because later this afternoon I’m flying west for the annual Brooks Run Happy Blogger Ambassador trip! This is always one of my favorite trips of the year – it’s such a fun group on both the blogger side and the Brooks team side, and I of course love that running gets incorporated in the itinerary, too! 🙂 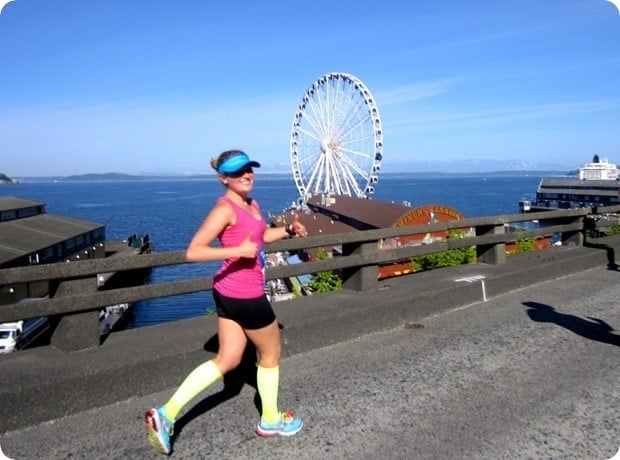 For this year’s trip, we’re mixing it up and heading to Eugene, Oregon to spectate the Olympic Track & Field Trials – how cool is that?! I’m heading out a day and a half early to spend some time with my friend Ashley who lives in Eugene – can’t wait to see her! I’ll meet up with the rest of the Brooks gang on Friday afternoon. 🙂

I’ll be packing some of my absolute fave Brooks gear for the trip, like my Brooks PureGrit trail running shoes (Ashley and I plan to do some hiking/trail running!), Brooks Chaser 5” Running Shorts, Greenlight Capris, and Ghost Racerback Running Tank.

I’m also packing my Brooks Heritage shoes – The City Chariot. The Heritage Collection is a running footwear line that has been curated to honor and celebrate the history, heritage, and spirit of Brooks Running Company. Their new City Chariot shoe is inspired by the globe’s most iconic city skylines and comes with a custom sock liner that spotlights renowned architecture. Cool! They sent me these to test out a couple months ago and I’ve been loving them. They aren’t for running – just casual wear! 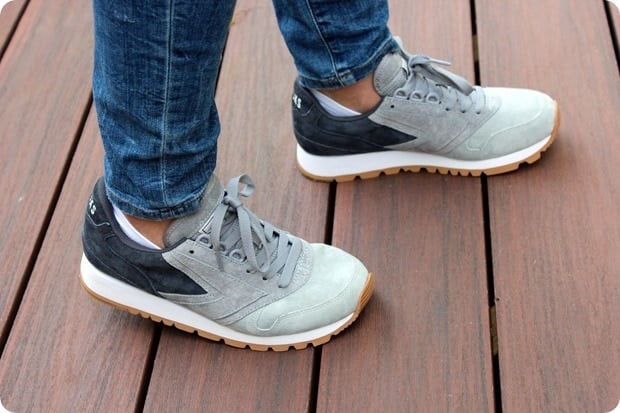 Anyway! To get us pumped about watching the trials (as if we weren’t excited enough already!), Brooks gave us the opportunity to interview one of their Brooks Beasts athletes. So cool! I chose Casimir Loxsom, known as Cas. 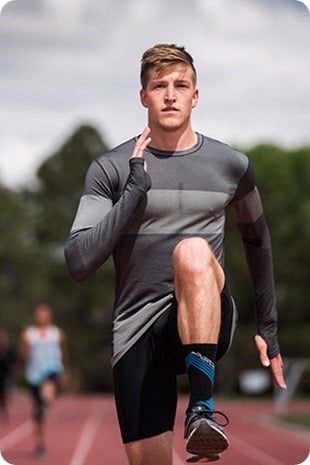 A little background on Cas:

It was an honor to get to interview him via email! Here’s the interview:

How and when did you first start running?

I was a soccer player growing up for the entirety of my youth. It was my first athletic passion and in looking to take it to the next level, I decided to run indoor track for off season training.

That’s a loaded question because there are so many aspects in this sport. I love the feeling of being really fit and in shape from a general, enjoying-life standpoint. In regards to track and field, the community and team aspect is great. The lifestyle is high up there for me too. Getting to travel all over the world is one of the most enjoyable aspects for me.

What do you think about or do to keep yourself motivated when your legs get tired during a race? Do you have any mantras?

When the lactic hits in the 800, it hits like a freight train. Usually the trick is to have a good attitude before the race even starts. The last 200 is usually running through form cues and bringing it all the way through the line.

What’s the toughest part of a race for you and why?

Often times the toughest part is the pre-race jitters, the 2-3 minutes you spend when you’re on the track before the gun goes off. There’s nowhere to hide once you’re out there and no going back. Everyone questions themselves during that time so you really need to have confidence in your training during those moments.

Do you have any pre-race rituals or good luck charms?

I try to mix up parts of my routine so I can be flexible and know I can race well if things don’t go exactly according to plan. The one thing I’ve kept with me is only using 3 pins on my front race bib. I put two up top and one in the middle of the bottom. My high school coach always raced with his that way and that’s how he pinned my bib on before I won my first state title. I’ve never had it any other way since then.

What do you eat the night before a race? How about the morning of?

I try to eat a well-balanced meal of protein, carbs and greens the night before… nothing too fancy. Day of the race depends on where the race falls in the day. If it’s a morning or afternoon race, I’ll go one meal, if it’s in the evening I’ll have two. Usually two hours from warmup, I’ll have a small basic sandwich and if I’m two-mealing it, I will just have whatever is in the hotel for breakfast and then the sandwich.

I hear shrimp scampi is your specialty – can you share your recipe with us?

Yes! Scampi was my first recipe my mom taught me how to cook. I like to lightly sauté 3-5 cloves of garlic with butter and olive oil, then add uncooked shrimp. You remove them into a bowl as soon as the grey is mostly gone so they don’t over cook, and then add butter, white wine and lemon juice to the pan on medium low heat until the alcohol cooks off. Pop the shrimp back in for a minute and cover with some chopped parsley, then serve over linguini with lemon wedge garnish! Easy peasy.

Our team has such a unique dynamic in that we are involved multiple times a week in the corporate offices in Seattle. Seattle is an incredible place to train, and also the team we’ve assembled are just top notch human beings. It’s fun to be up at lunch in the Beastro goofing around with not only the team, but PLMs in different departments, coach, marketing and sales guys, seeing the CEO walking around getting grub… it’s a really cool setup.

Think that covers it! Run Happy!

I was channeling Cas yesterday morning while at the track – I’m pretty sure I was just about as fast as him. 😉 Actually, it was a TOUGH morning to be at the track – it was gloomy and the clouds were heavy with rain and about to burst. I think the humidity level was at about 4000000% (that’s a scientific estimate). Soooo sweaty! We did mile repeats – I made it through 3 of them before deciding that was plenty. 🙂 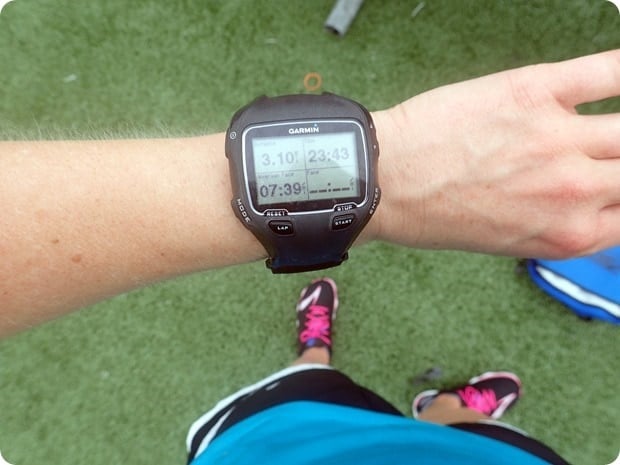 Stay tuned for my final Canadian vacation recap coming at ya tomorrow, and for an awesome 4th of July themed recipe round up coming Friday!

Is it crazy humid where you are too? I’m excited for some west coast lack of humidity this weekend!

From around the web: 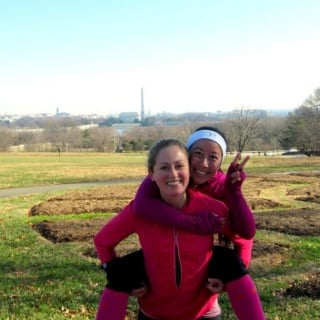 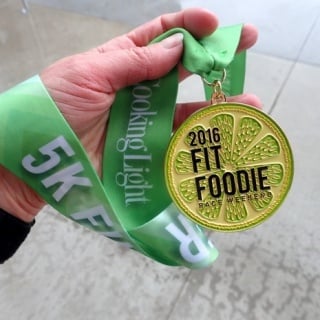 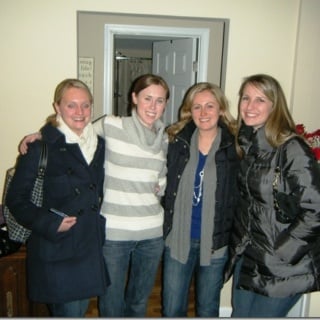 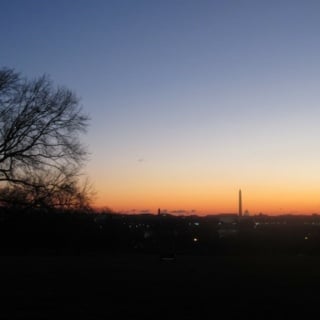 Win a Trip to Run the DC Cherry Blossom 10 Miler!