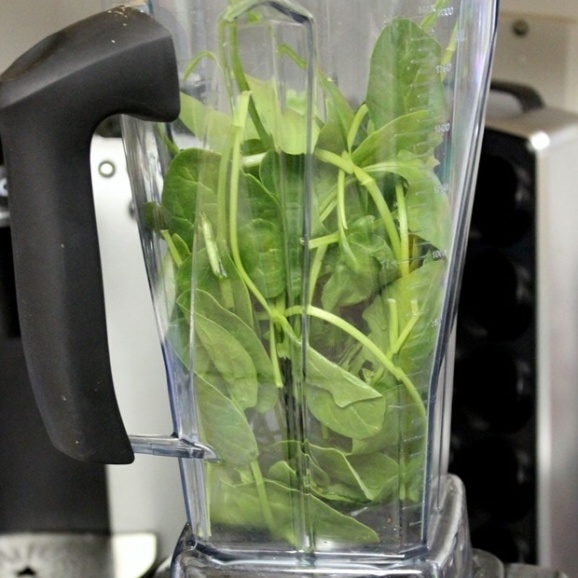 Quick Meal Ideas + How to Make a Smoothie More Satisfying

Good morning, friends! After all my running in Miami and my great track workout yesterday I decided my legs needed a break from exercise today. Sleeping in until nearly 8 (!!!) was so glorious.

For breakfast, since we are all out of bananas (the horror!) I wasn’t able to make my two favorites (Perfect Microwave Banana Oatmeal or Flour Free Breakfast Pancake), so I decided to throw together a green smoothie. 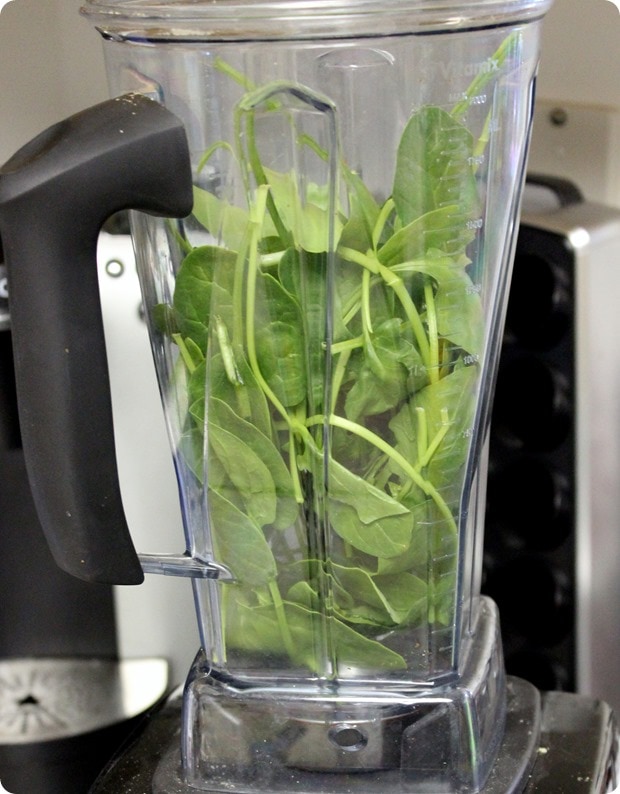 Into the blender I threw: spinach, frozen mixed berries, whole milk, ground flaxseed, cinnamon… and a shot of espresso for good measure. 😉 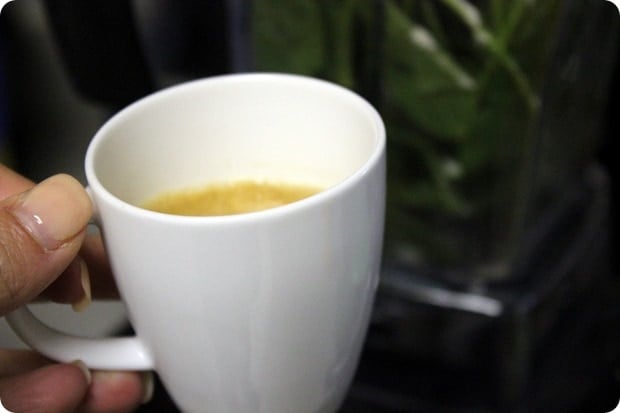 Normally I prefer almond or coconut milk in smoothies for added flavor, but we’re out of that right now, too, so real milk it was! (I prefer real milk in oatmeal and coffee, though – tastes so much better!) Clearly it’s time to hit the grocery store…

Anyway! The key to making a satisfying smoothie is to make sure that it includes some protein and healthy fat in addition to the carbs from fruit. If you’re using real milk, that’s enough protein, but if you’re using something like almond milk that’s low in protein, you’ll want to add either a protein powder or some Greek yogurt or something else with some protein in it. Healthy fat will also help to make the smoothie satisfying – I really like nut butter and seeds in smoothies, or you can toss some avocado in there – it’s really good and creamy in smoothies! 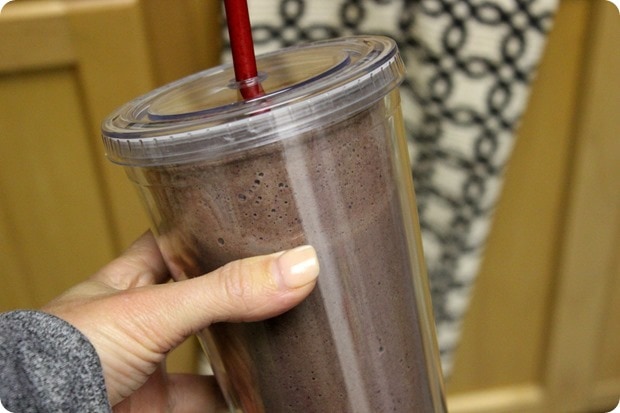 Yum. Here are a few of my favorite smoothie recipes here on the blog:

While I was making the smoothie, I also threw together some more nut butter snack ball type things – love these. The key is not bothering to measure anything so you don’t get measuring spoons/cups dirty… just sayin’. 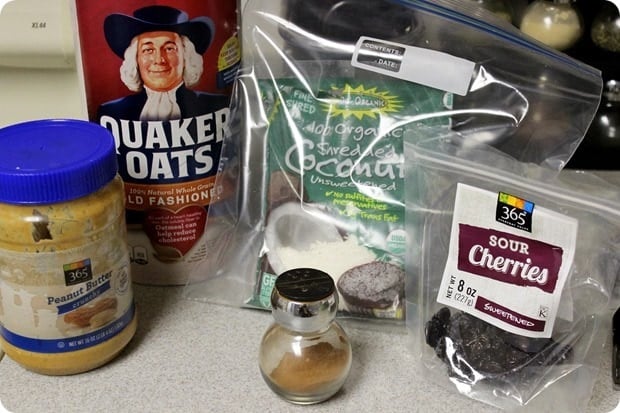 This will be delicious no matter the measurements, I promise. I threw a few HUGE spoonfuls of PB into the bowl, plus some hefty shakes of cinnamon and coconut, some chopped (if you chop them it helps everything to stick together better) dried cherries and a few handfuls of rolled oats. Mush it all together with your hands and form into balls. Then enjoy licking the remainder off your hands. Mmm! 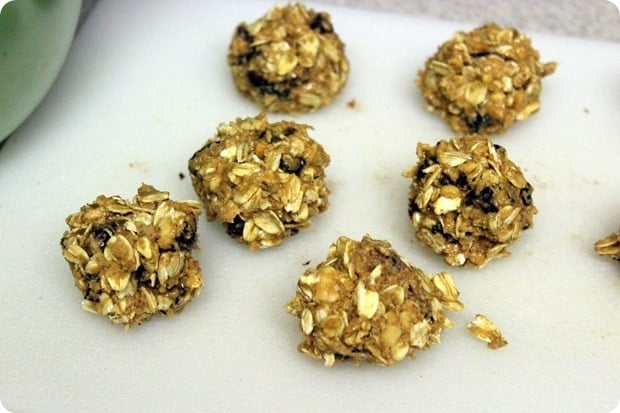 I popped them into the freezer when I was done. Now Matt and I have something easy to snack on this week!

On the dinner front, earlier this week I made a really easy veggie-packed stir fry of sorts. 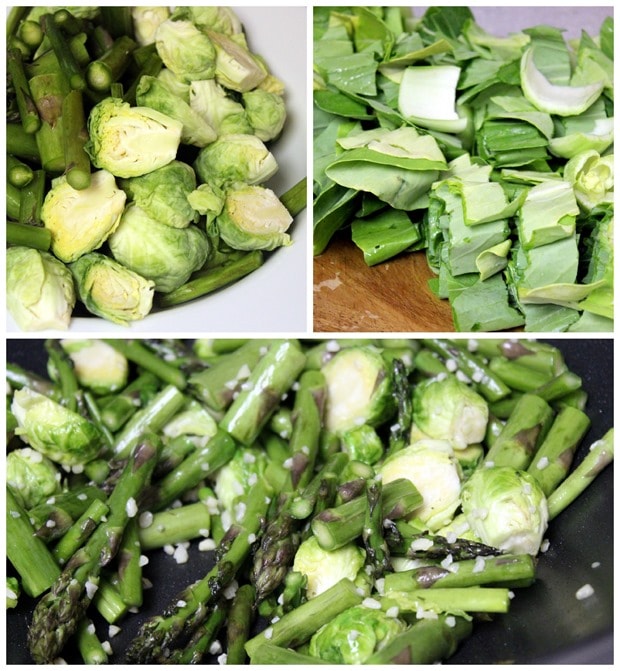 When you don’t know what to make, toss some garlic and olive oil in a pan, add any random veggies you have on hand and a can of beans (rinsed/drained)… 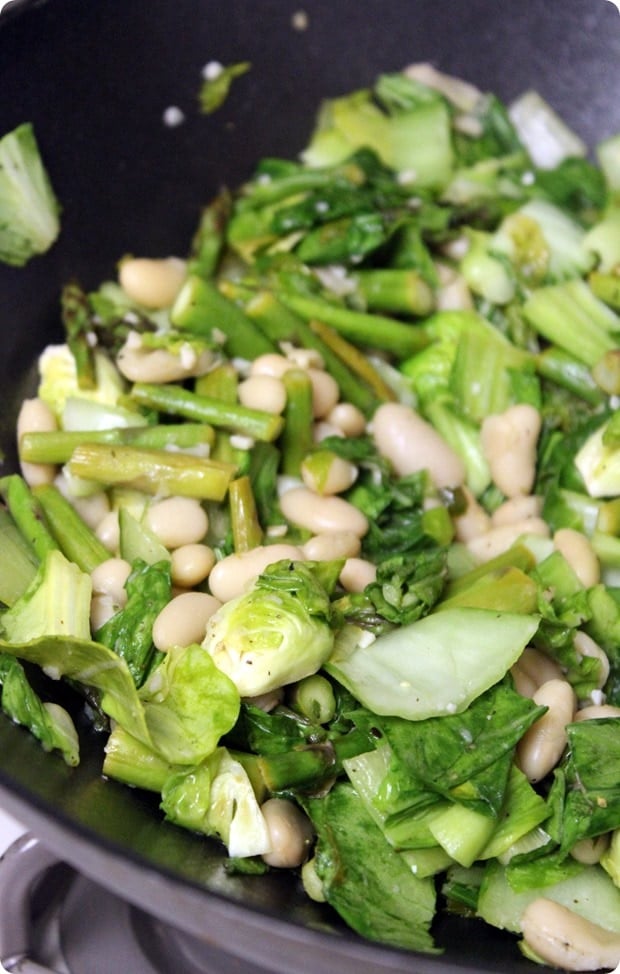 Sauté until the veggies are soft et voila! Dinner is served. I threw the mixture on top of some 90 second brown rice, and added some fun seasonings too – dried dill, parsley, oregano… basically whatever I saw in front of me. Plus a little salt/pepper to taste. I used Brussels sprouts, asparagus, and bok choy as my veggies, and cannellini beans as my beans. Those red things are sun dried tomatoes, just for fun/color. 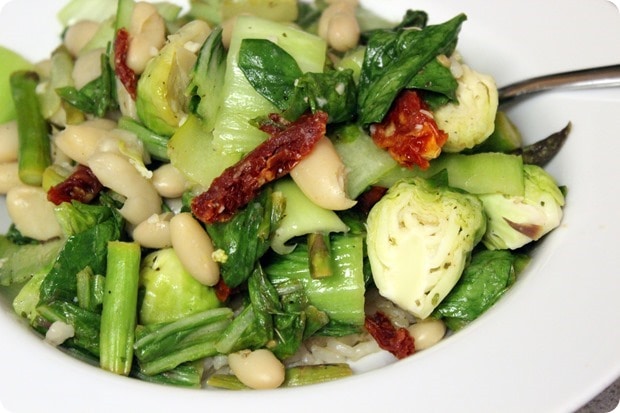 Have a happy day!

p.s. I got a bunch of rhubarb from From the Farmer last week – and I have no idea what to do with it. I know it makes great pies and such, but I’m looking for super duper simple/easy ideas. Thoughts? 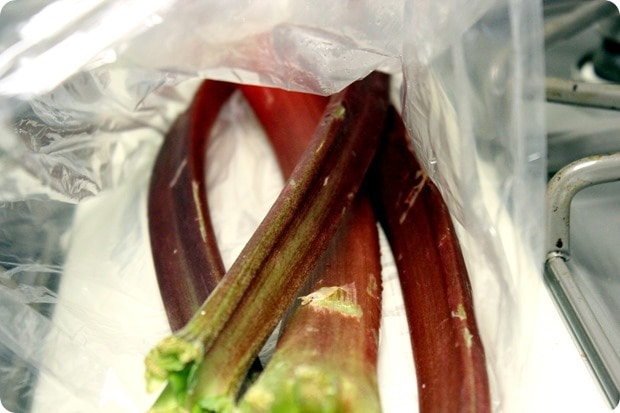 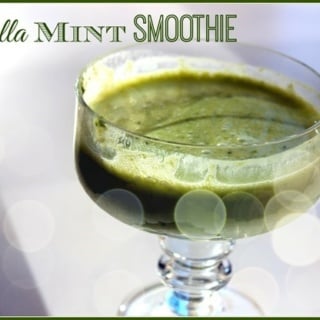 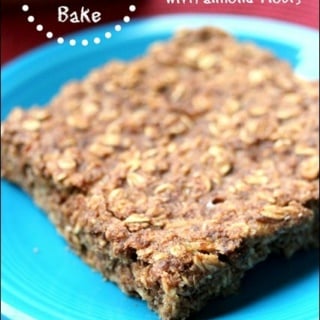 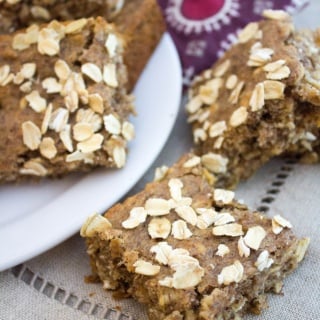 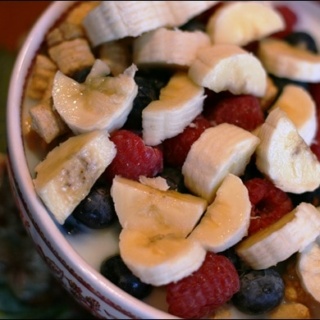