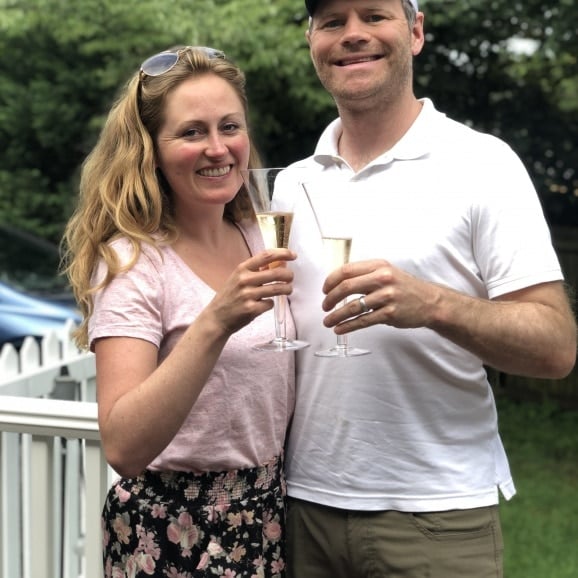 I hope you’ve had nice weeks. Here’s what we’ve been up to!

First: we closed on our new house! We move in 2 weeks. Eek! #humidhair 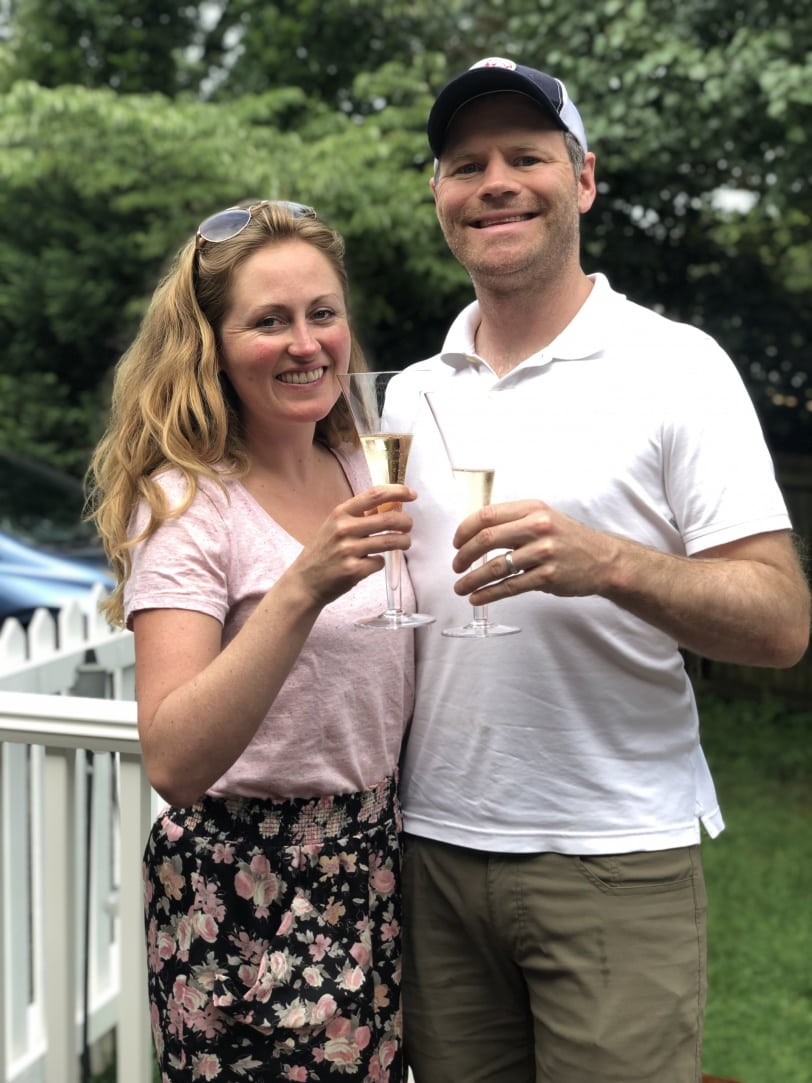 Can’t wait to be settled and all done with the moving process after months of in between, although we’ll be sad to say goodbye to our first home, and the home where we first brought Riese home. <3

We will especially miss our deck, which we had built the second year we lived here (it’s been over 5 years – time flies). So worth it – it’s the best.

We will have a small patio at our new place but it won’t be quite as nice as this deck (though the rest of the house is definitely an upgrade)! We ate dinner out there this week as often as possible… mostly just the two of us (after Riese was snoozing), but we had my parents over for grilled steak and salad (and watermelon, duh) one night too. 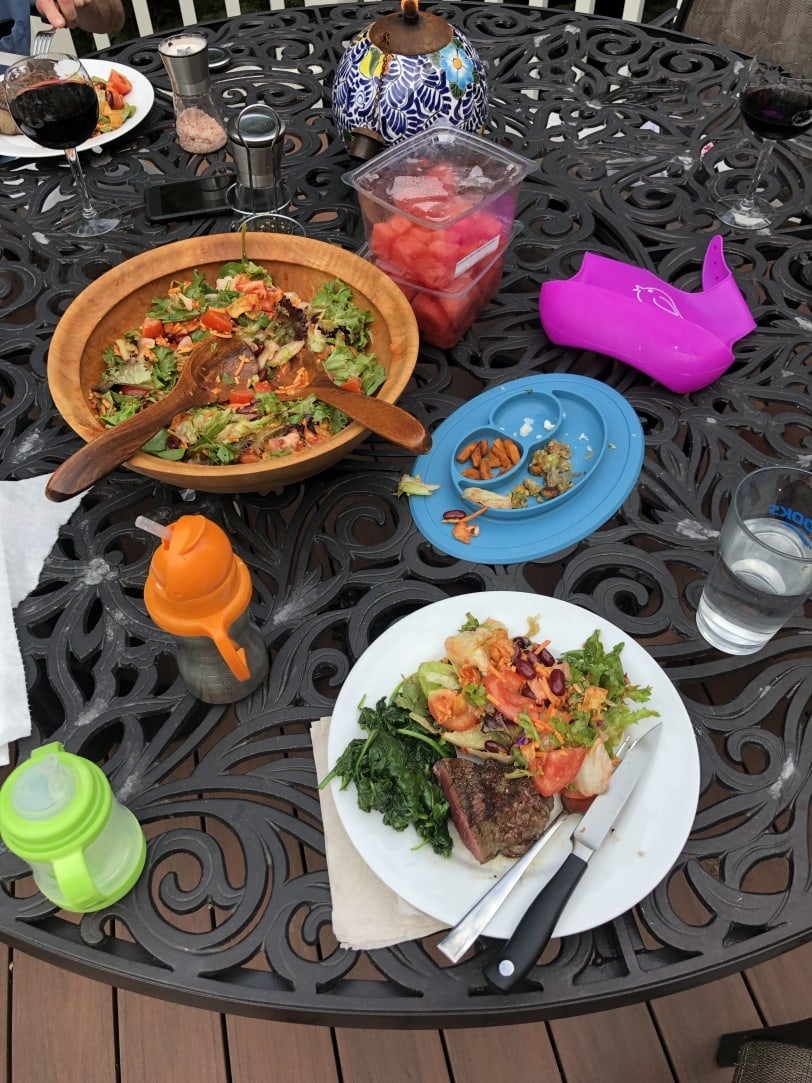 We fired up the grill another night to have grilled chicken, although it was dark by the time we ate so we had this meal inside.

With a side of farro, cucumber, and red onion dressed with some olive oil and lemon juice. Refreshing! 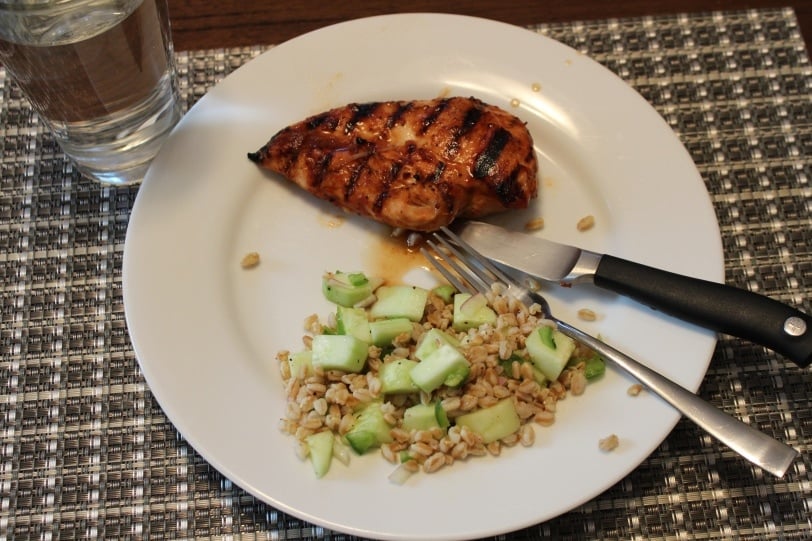 I apparently ate a lot of salads this week according to my photos – guess I was craving some greens in the hot weather! 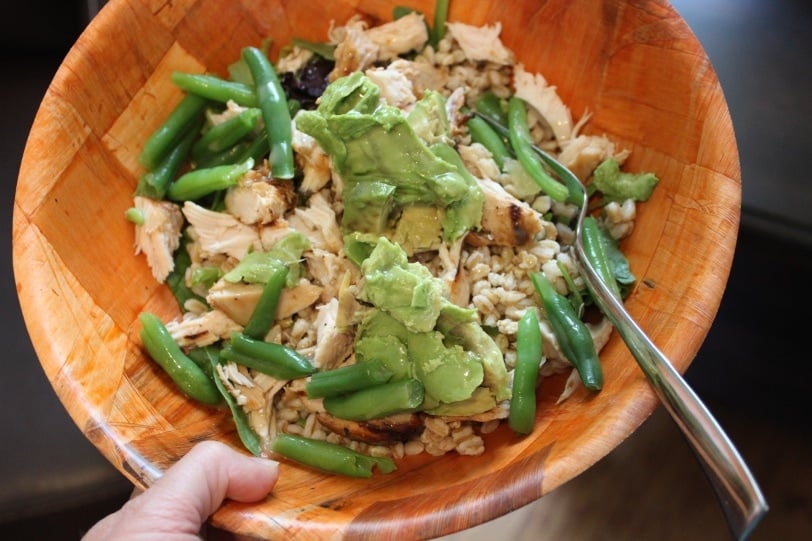 I had a similar variation last night but with leftover steak instead of chicken – Matt was out at soccer so it was eaten in front of the TV. 🙂

As for fitness this week, I hit up a couple early a.m. yoga classes as usual, and also got in a super early run date with my friend Heather. 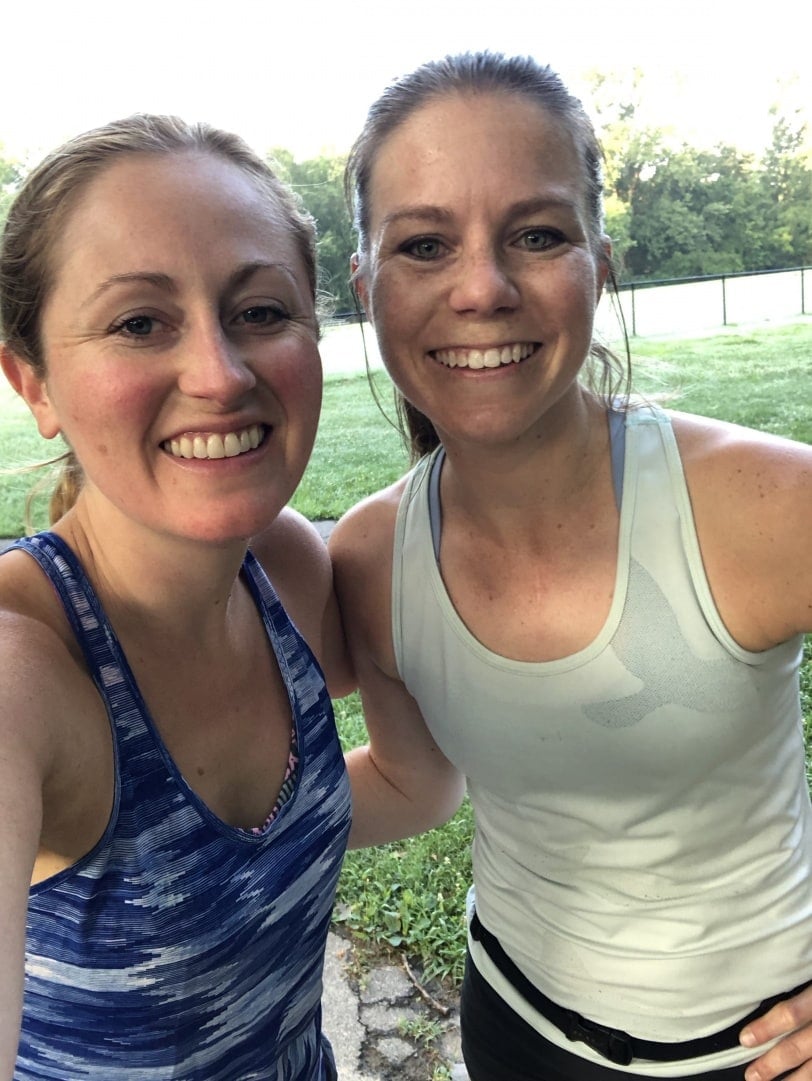 With the recent heat and humidity I’ve kind of fallen off the running wagon since my trail race last month, but we had some big storms come through on Monday and I saw that the humidity and temps were going to be in our favor on Tuesday… had to get out there!

It was still a little soggy out but overall a lovely morning for a jog, and much less swampy humidity-wise – hoorah! 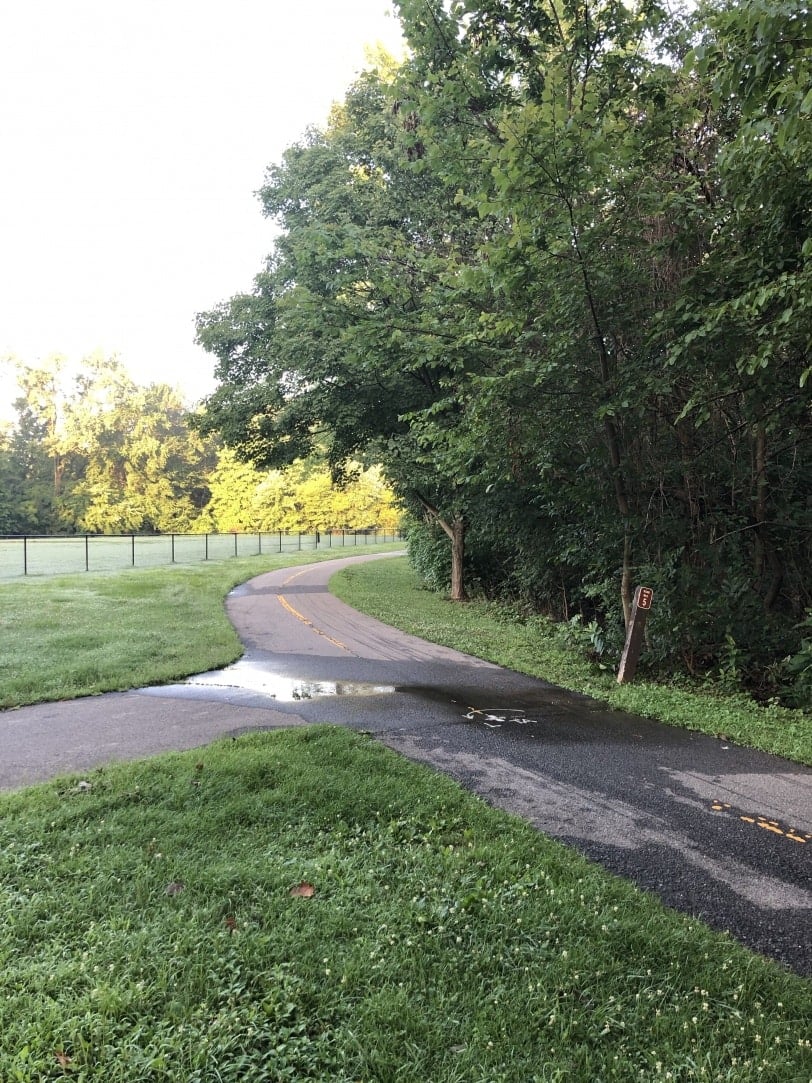 We explored some of the Arlington trails while chatting away… 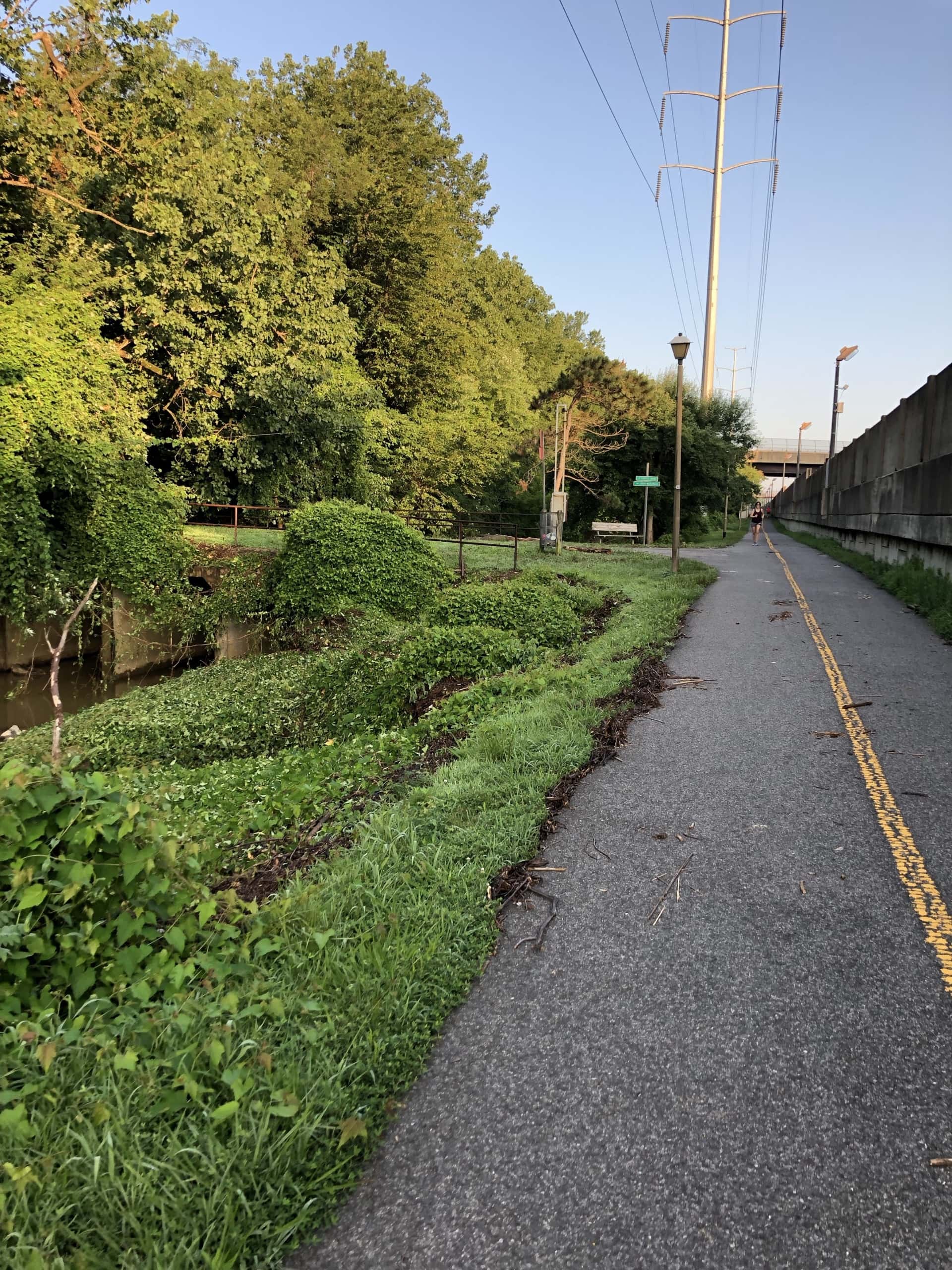 And ended up covering a little over 5 miles.

Longest run in quite awhile! I was struggling at bit for the last mile but proud I kept trucking. 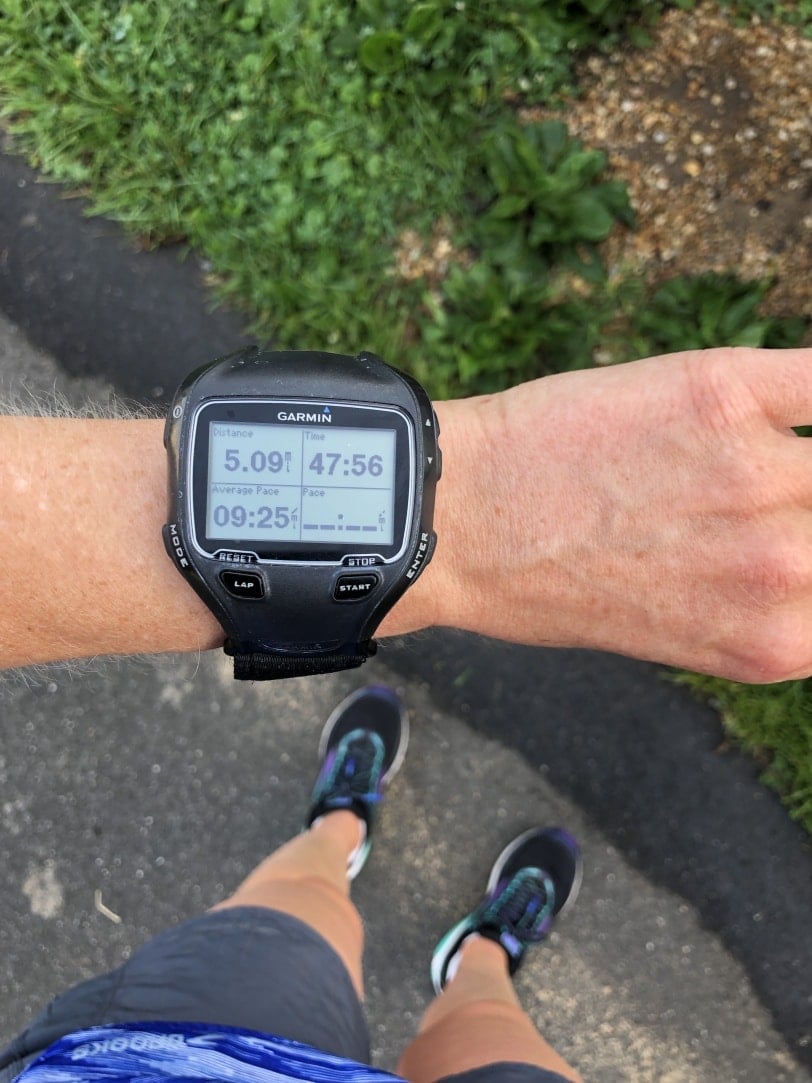 I hope you guys have a great weekend!

We have plans to go to the pool with Riese and friends both days and I’m excited about it. Riese loves the pool and we’ve been trying to make the most of our membership by going a ton. I took her twice this week – once just the two of us and then again for a big playdate with my mom friend group. So fun!

And speaking of kids, I will leave you with what I thought was an interesting and useful article: “What To Say to Little Kids Instead of ‘Say Sorry’ “. I bought the bought they mention, “It’s Okay Not to Share and Other Renegade Rules for Raising Competent and Compassionate Kids” and am excited to read it… Riese is getting to the age where it’s time to figure out how to respond to this sort to stuff!

See you guys back here on Monday! 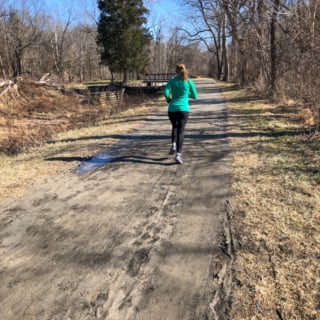 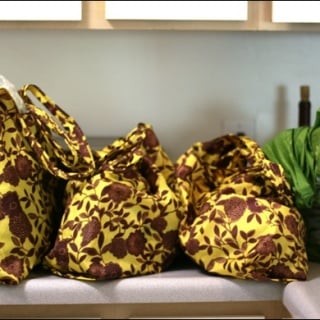 What I Buy When I Grocery Shop 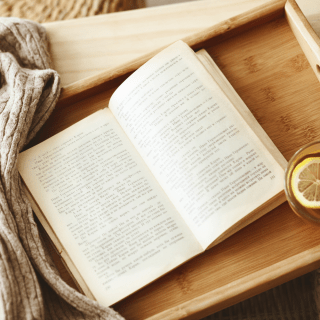 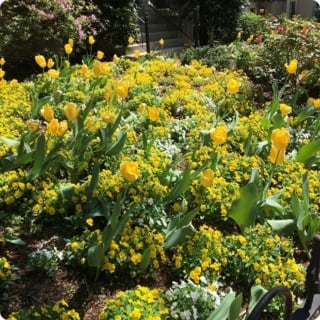