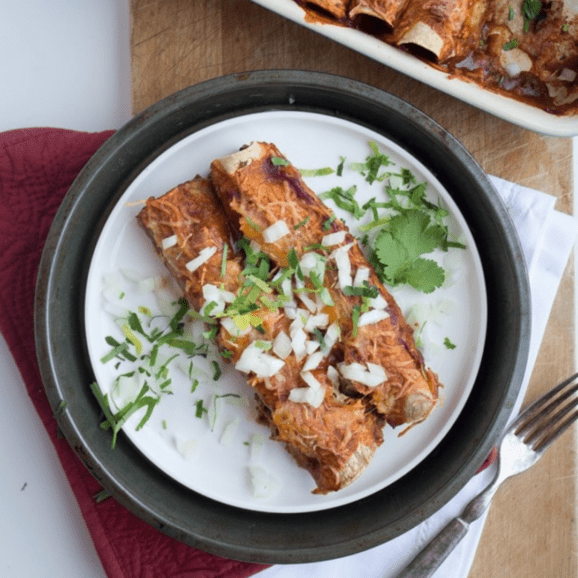 Whether you’re vegetarian or not, you’ll love these hearty walnut mushroom enchiladas!

Surprisingly “meaty”, and satisfying thanks to all the veggies, these vegetarian enchiladas will be your new favorite weeknight meal. It makes plenty of leftovers for packed lunches and is officially approved by my taste tester and meat-loving husband, too! 🙂

Vegan? Simply leave off the cheese on top – they’ll be just as delicious without it. And if you’re gluten free, this recipe is, too – just be sure to use gluten free certified corn tortillas and enchilada sauce. 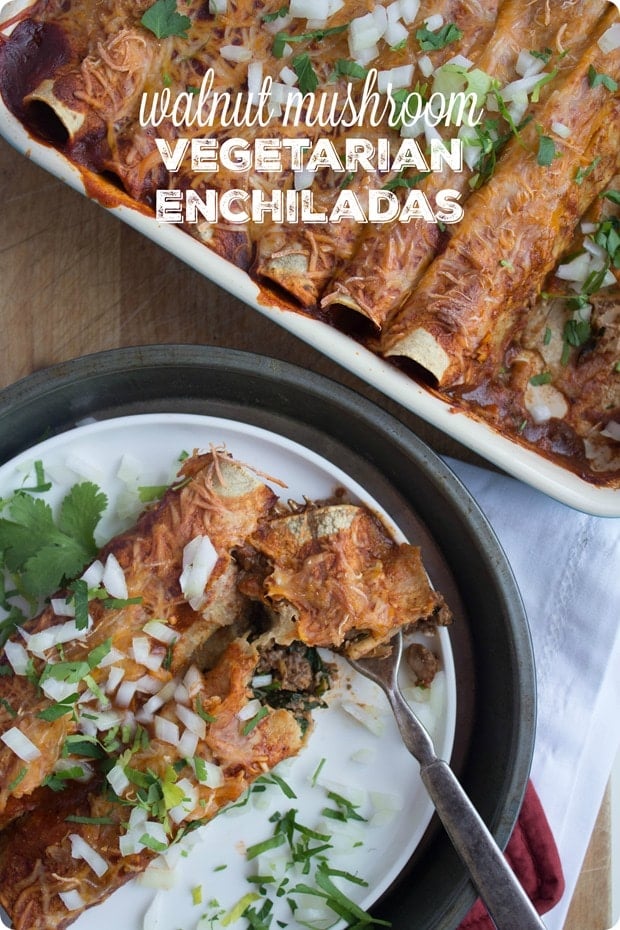 Thank you to the California Walnuts Commission for sponsoring this post, originally published in 2016.

Using Walnuts as a Meat Substitute

Have you guys ever tried using walnuts to make a vegetarian “meat”? I hadn’t, and it worked surprisingly well, especially when mixed with some mushrooms and cauliflower! The texture ended up really similar to ground beef. It even looked like it! 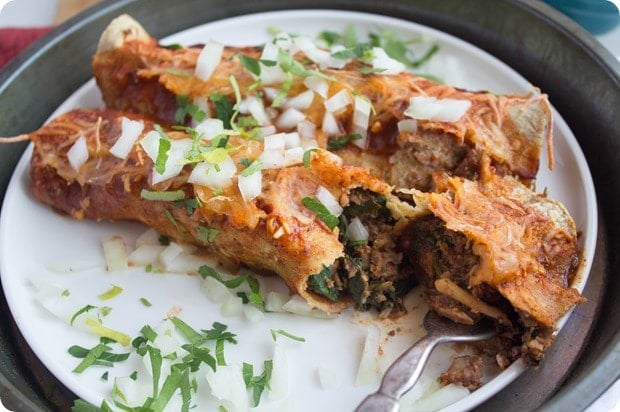 In addition to being versatile and tasty, walnuts are also great in recipes because they are nutritional superstars! Walnuts provide a convenient source of protein (4 grams per serving) and fiber (2 grams per serving), and are a good source of important minerals magnesium and phosphorous.

Also, did you know that walnuts are the only nut (and one of the few foods) that are significantly high in the plant-based omega-3 fatty acid alpha-linolenic acid (ALA)? In one ounce of walnuts you’ll find 2.5 grams of ALA – that’s more than five times the amount found in the next highest nut!

In fact, a new study on omega-3s found that consuming omega-3s from plant-based sources, like walnuts, may reduce risk of all-cause mortality, whereas marine-derived omega-3s (EPA and DHA, found in fish), may reduce the risk of heart-related fatalities. The greatest protective benefits from total mortality were actually observed in diets that included both plant-based and marine-derived omega-3s, though, as they appear to act synergistically.

The study also found that ALA provided additional health benefits even in a population already consuming high amounts of omega-3s from seafood. As such, ALA may actually contribute health benefits of its own, aside from just its conversion to EPA and DHA. Interesting!

So – now that you know why walnuts are awesome, let’s get back to eating them, shall we? 🙂 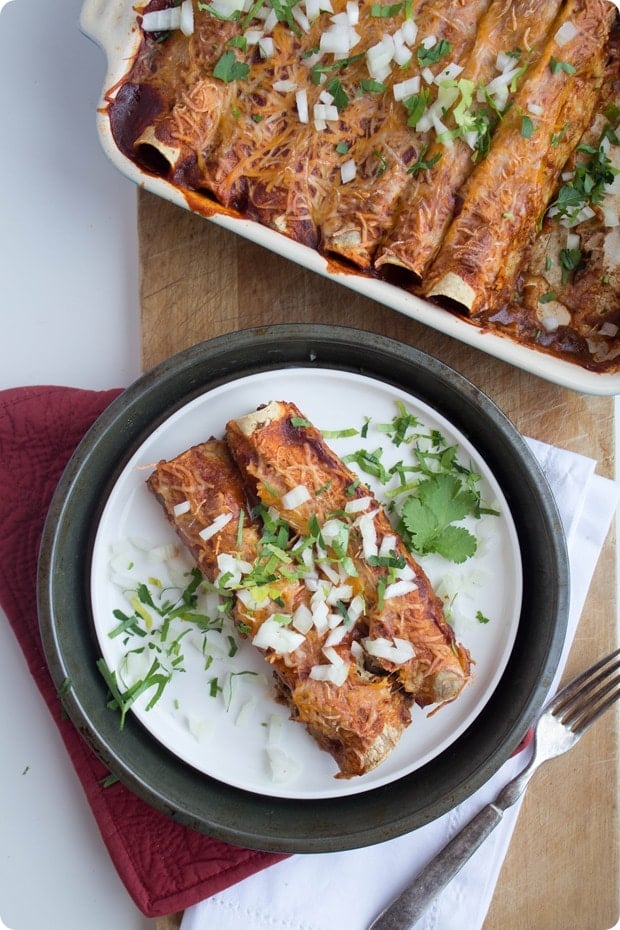 Here’s what you’ll need to make this recipe:

(You might also love these sheet pan loaded veggie nachos!) 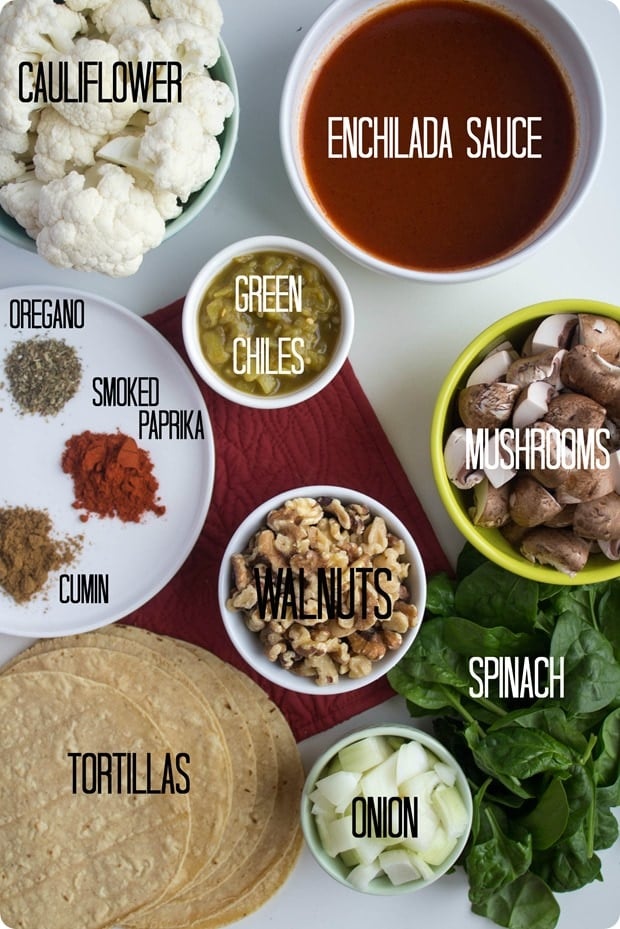 This recipe is nice because your food processor will do most of the chopping for you. In a food processor, you’ll simply combine the walnuts with some mushrooms, onion, and cauliflower and process briefly until the texture resembles that of ground meat. It’s crazy how similar it looked, actually! 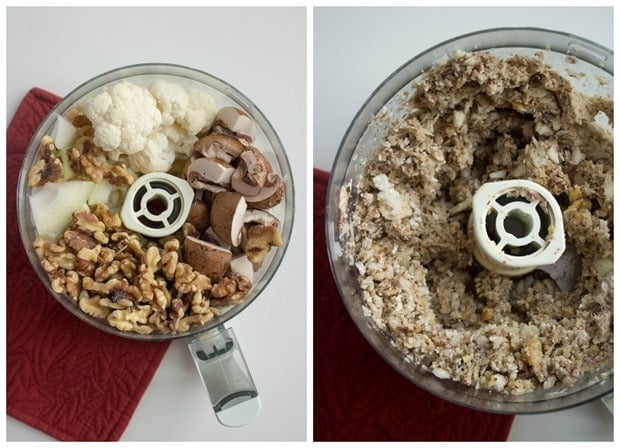 Toss the “meat” mixture into a pan with some spices, enchilada sauce, and canned diced green chiles. After the liquid boils off, add in some spinach and stir until it wilts down.

Spread a thin layer of enchiladas sauce in a deep baking pan (6×11 or 6×13), grab your tortillas, and one by one place a large spoonful of the mixture inside a tortilla, roll it up, and place it seam-side down in the pan. 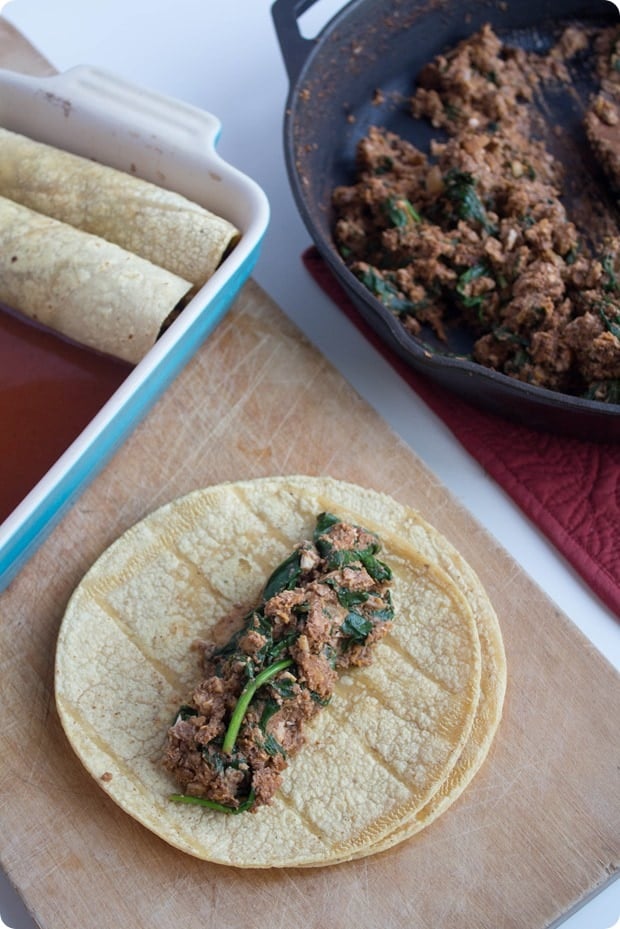 Once all the filled tortillas are in the pan, pour the rest of your enchilada sauce on top! 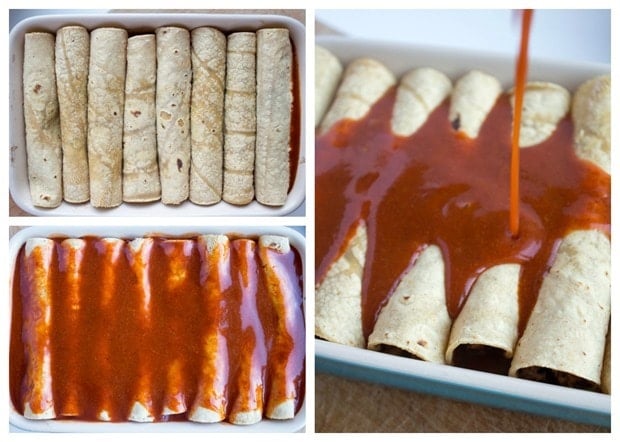 Cheese is an optional but tasty addition here. Throw some on top before popping the enchiladas in the oven if you want to! 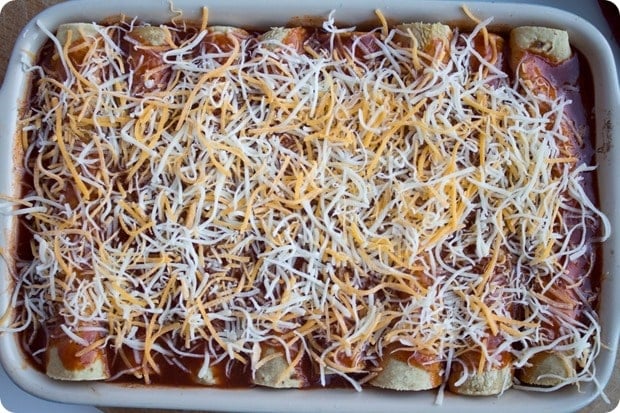 Twenty minutes later and your walnut mushroom enchiladas are ready to eat. 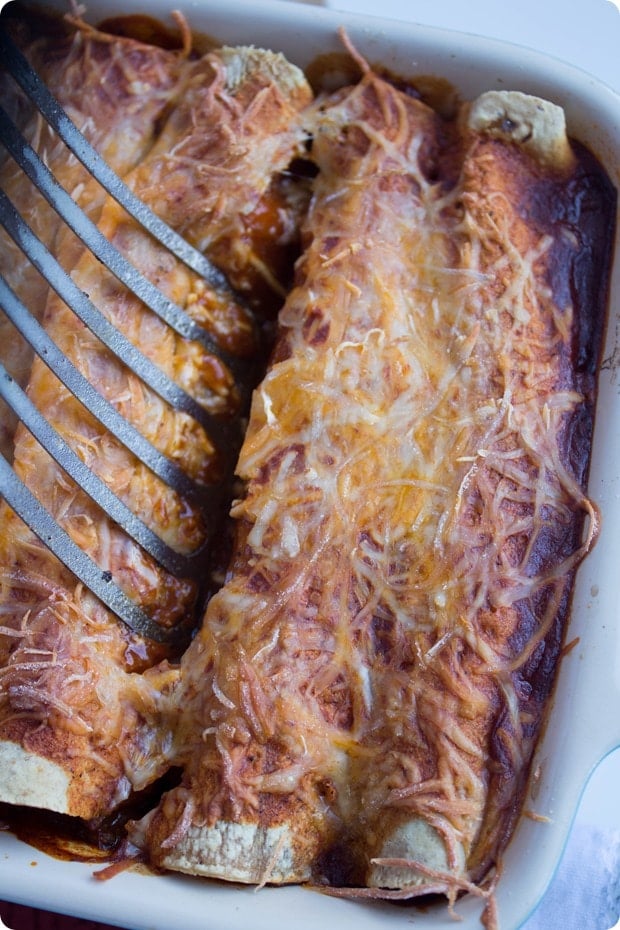 Enjoy as is or top with additional chopped veggies, cilantro, or hot sauce. 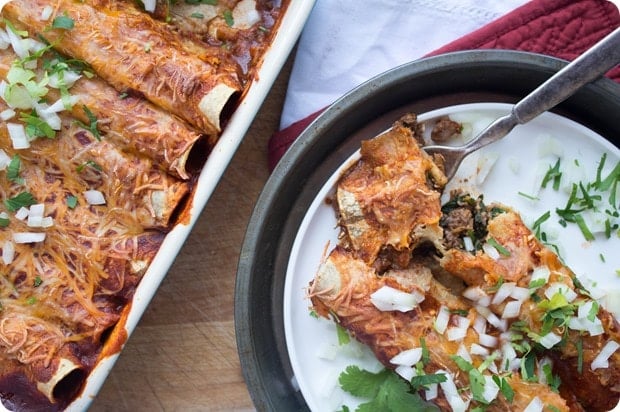 The full walnut mushrooms enchiladas recipe is at the end of this post. I hope you enjoy them as much as Matt and I did!

Interested in more walnut information and walnut-inspired recipes? Check out this post I wrote last year: Why You Should Start Eating More Walnuts.

And here are some of my favorite walnut recipes here on the blog:

Are you a walnut fan? What’s your favorite way to eat them? I often toss a handful on my Perfect Microwave Banana Oatmeal or Flour Free Breakfast Pancake in the morning! 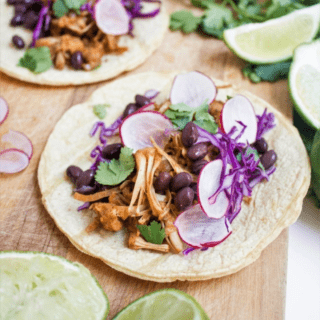 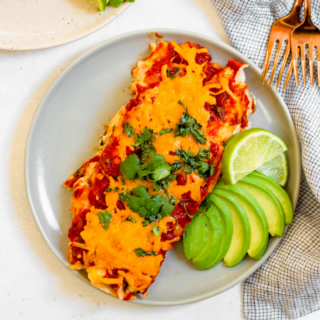 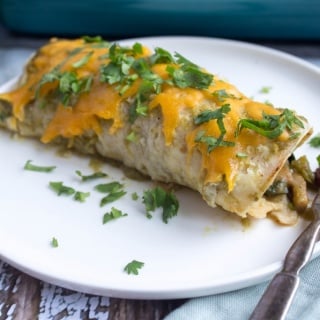