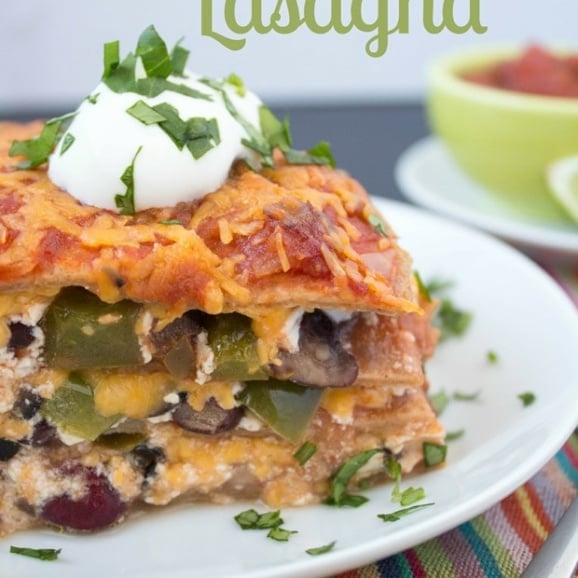 Hi guys! How were your weekends? We were in town, which was really nice – great to catch up with friends and family and to get in a long run with a big group of buddies too!

On Friday night, we took dinner over to our friends Kathleen and Zach, whose son is now 1 month old and we hadn’t met him yet! I made my old fave Mexican Lasagna (<—recipe) for the occasion and prepped it at home. Then I just had to throw it into the oven at their place! Worked out quite nicely so it was hot and fresh but didn’t require any hands on time at their house. 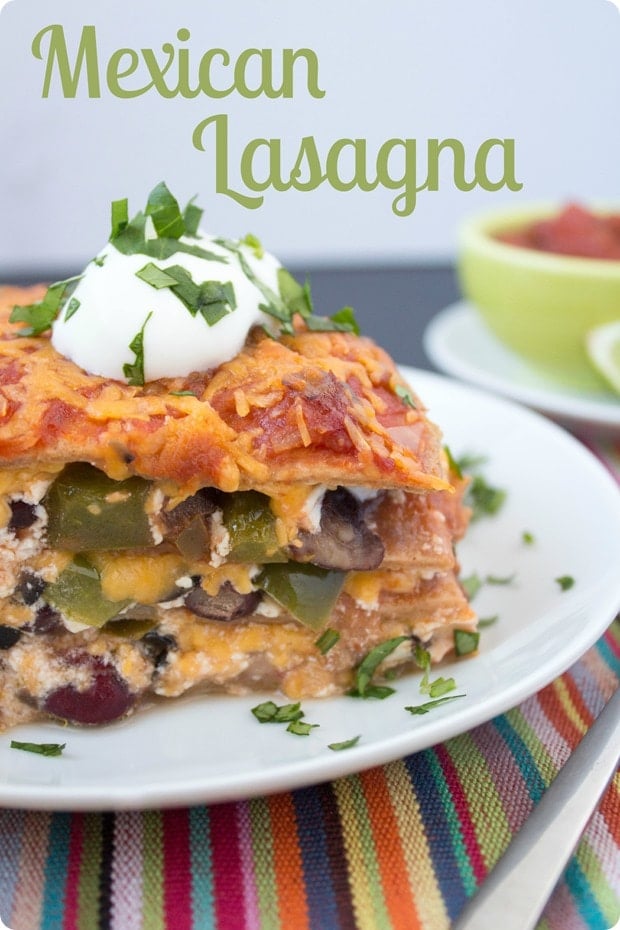 Our friend Sarah joined us as well and brought a yummy salad for us to enjoy with the Mexican Lasagna. I didn’t get any photos while we were there because I didn’t want to distract from the fun but it was great to see them all!

On Saturday morning, Matt and I slept in which was amazing – I can’t even remember the last time I didn’t have an alarm set! When I got up I enjoyed a flour free breakfast pancake (<—recipe) with a side of the Washington Post travel section – my fave! This article on ziplining through treehouses in Laos made me want to book us a ticket immediately… how cool! 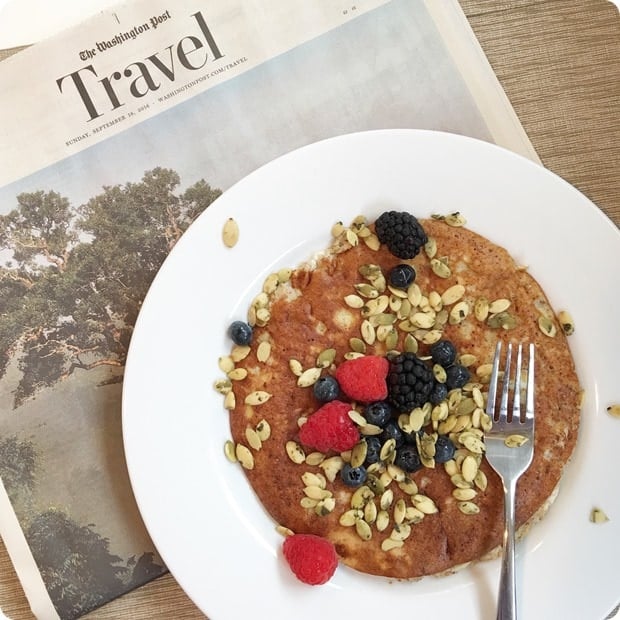 I treated myself to a noon yoga class at my local fave Edge Yoga via ClassPass (<—$30 off affiliate link) and then spent the rest of the afternoon running some errands. Saturday night we had a fun adventure planned: dinner out with friends followed by a tour of the White House west wing!

We started with dinner at Central, which was delicious. I had the beets to start followed by the lamb chops – yummy! Plus red wine. 🙂 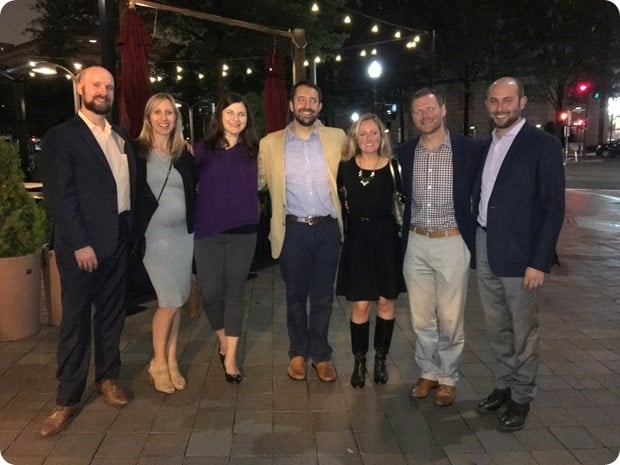 After dinner we headed over to the White House! Our friend Steve, on the far right in the photo above, is one of President Obama’s domestic speechwriters, so he was able to organize and lead a tour of the west wing (including the oval office) for us. So cool! 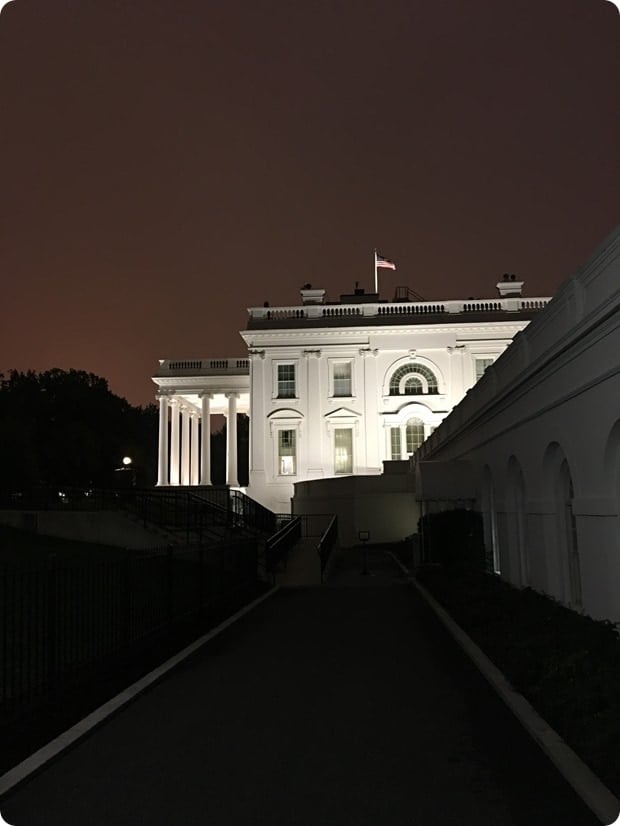 You aren’t able to take photos inside except for in the press briefing room – so here’s a photo from that. 🙂 Super cool to see it – it’s smaller than it looks on TV! 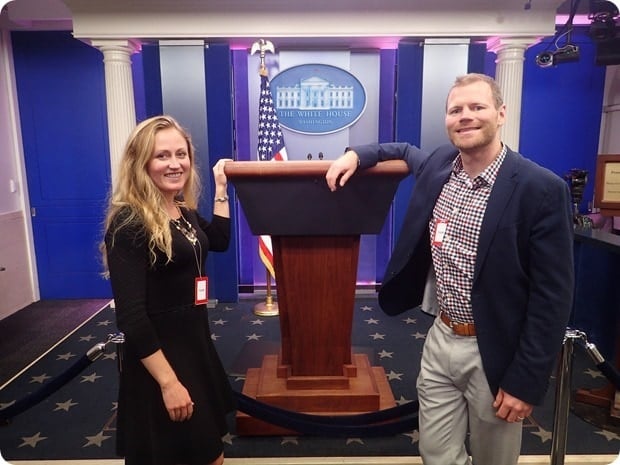 And here’s the group outside! A HUGE thank you to Steve for doing this for us – such a special night! 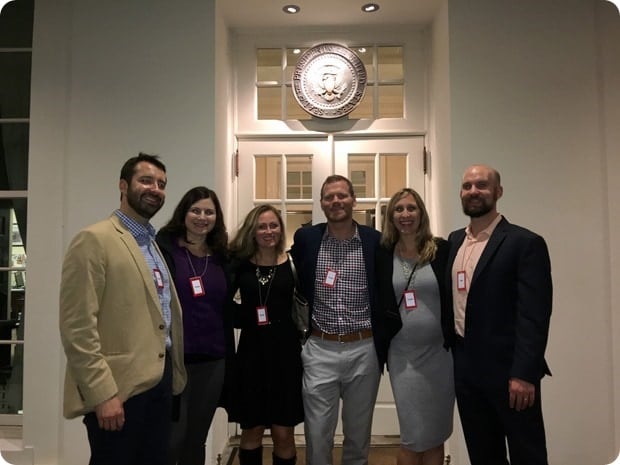 In addition to the tour being really cool, it was also great to catch up with our friends! They all have kids so we don’t get much “adult time” with them anymore – it was a big treat to have their undivided attention for a night. 🙂

Getting up early on Sunday for my long run was a little rough given that Saturday involved wine and a late-ish bedtime, but I knew it would be worth it to be able to do a long run with a group of friends! Hooray for not having to run alone/mostly alone on a weekday!!! 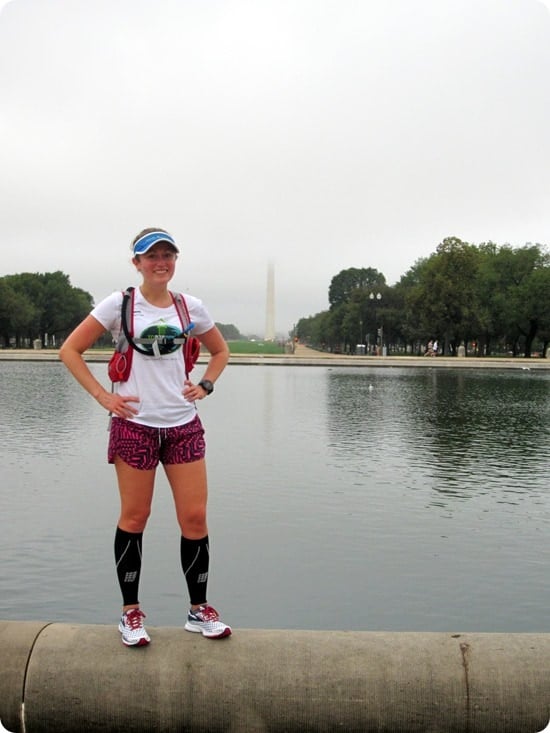 My track buddies Diane, Paul, Josh, and Craig are all training for the Chicago Marathon, which is this coming weekend, so they were doing their final long run before the race. Since I did 20 miles on Monday, my coach gave me the okay to do the same distance the others were doing – 14ish – this weekend. Hooray! 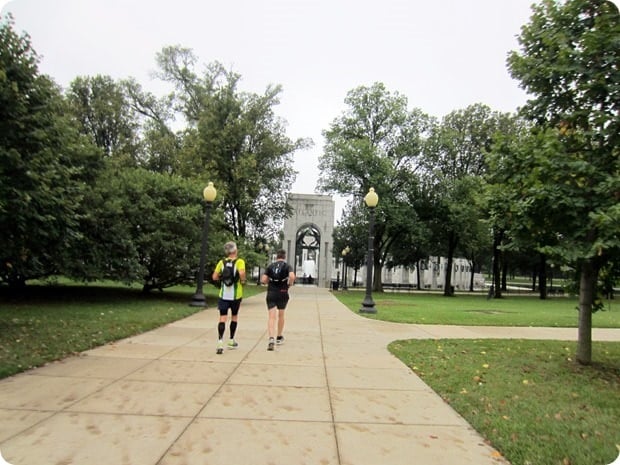 You guys – it was sooooooo amazing to have company for an entire long run after months of doing most/part of my long runs solo. I forgot that long runs can actually be fun, to be honest. Unfortunately the rest of my long runs will be solo but at least I got this one in. 🙂 Only a couple long runs left, anyway! Getting closer now! 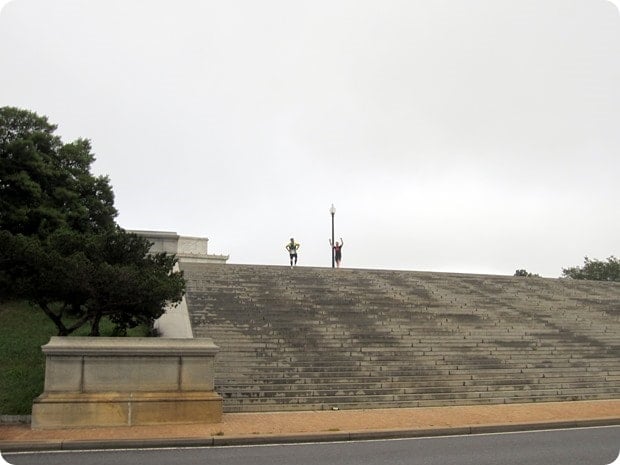 The weather wasn’t super amazing – cooler but really, really humid. The lack of blazing sun definitely helped with not getting too overheated, though, and the miles went by quickly thanks to chatting away with everyone. 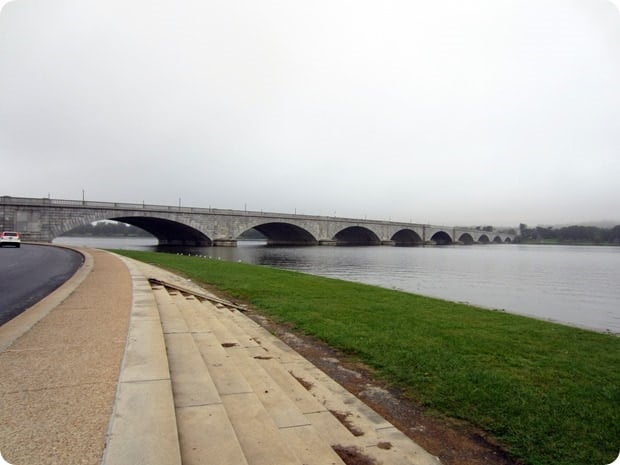 We did a big loop all around the National Mall, then attempted to head over to the tidal basin – just kidding! Check out all this flooding – I’ve never seen it like this before! 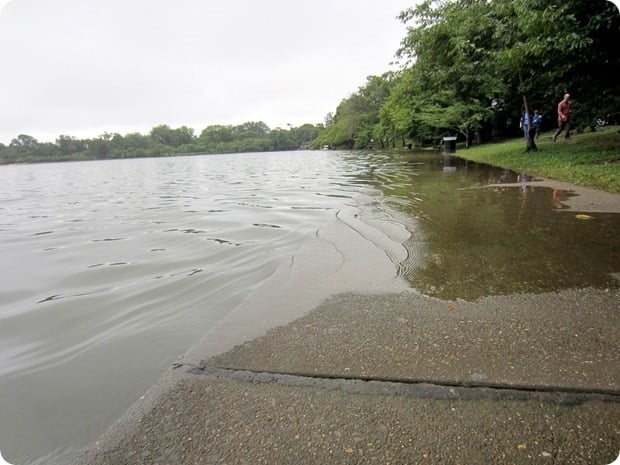 We ended up doing a big chunk of miles over on Hains Point, which was great because it was blocked so cars weren’t out there, just runners/bikers! The others also had some “marathon goal pace” miles on the docket so this made it easier to get those in since it was flat. I sped up to about 8:45 min/mile for those 3 faster miles – the others were a little faster but no worries. We all met back up after! 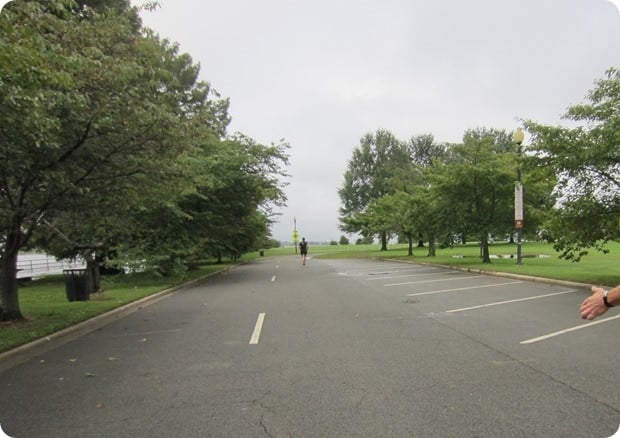 We ended up overshooting a little bit and doing 15 miles instead of 14. Works for me – my coach had suggested I do 14 to 16 so that was perfect. 🙂 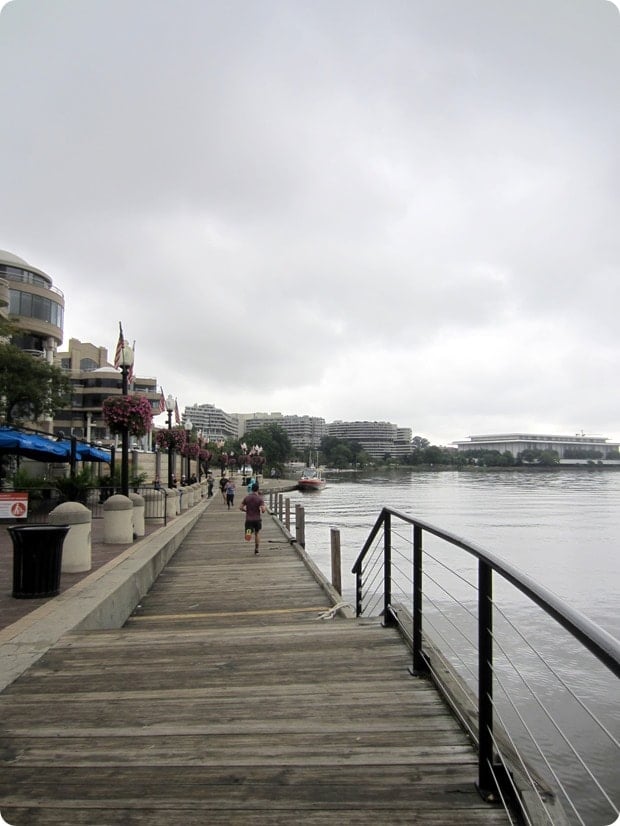 Done! 15 miles (my watch is a bit short because I forgot to restart it at one of the lights) – and solid overall pace too! 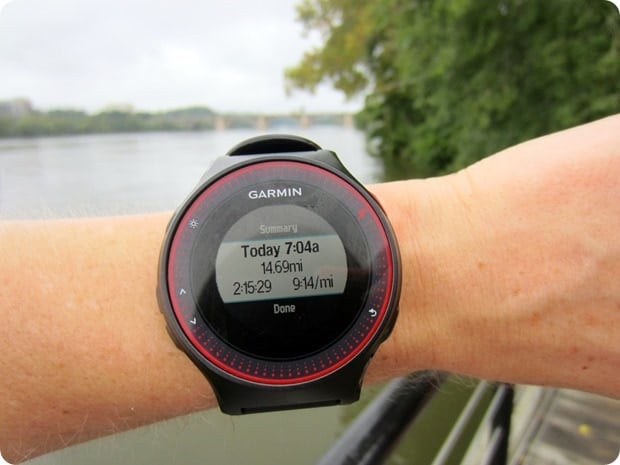 Thanks for the miles, guys – and good luck in Chicago this weekend! I’ll be cheering you on virtually! 🙂

I came home and pounded some snacks and a latte and showered and then Matt and I headed to Old Town, Alexandria for brunch with our friends Lauren and Carl, whose new baby is 8 weeks and we hadn’t met him yet (it was all about the baby introductions this weekend apparently)! We had brunch at Virtue, Feed, and Grain and it was delicious – and we loved catching up with Carl and Lauren too! Cheesy egg, bacon, and potato skillet = nom. Plus a side salad for some veggie volume! 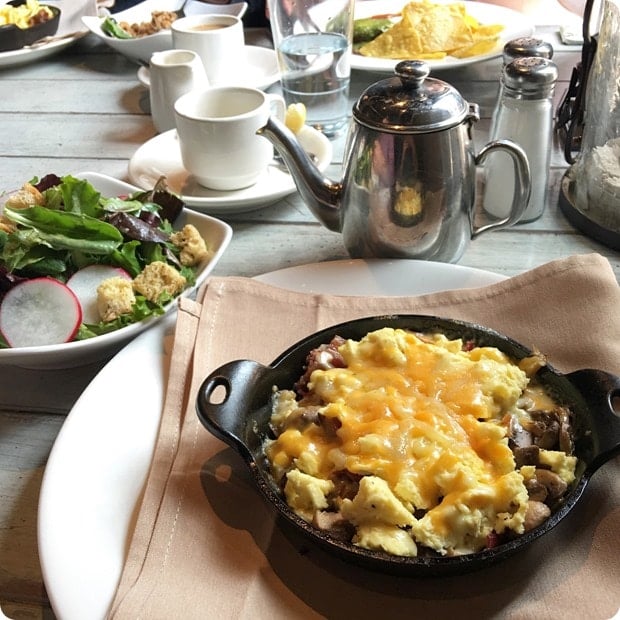 After brunch, we headed over to my aunt’s house – they were hosting a belated birthday celebration for me and another family member. So nice of them to have us! I didn’t get any pictures but obviously there was cake. 🙂 Yum!

Matt and I kept things low key last night and grabbed Sweetgreen for dinner then did some tidying up around the house. I was also packing because I headed to the airport early this morning – I’m currently on an airplane on my way for a quick overnight trip to Chicago! You can see what I’m up to on Instagram and I’ll share a recap later this week, too. Should be fun. 🙂

What’s the most fun workout you got in this weekend? Best thing you ate?

Related posts for my runner readers: 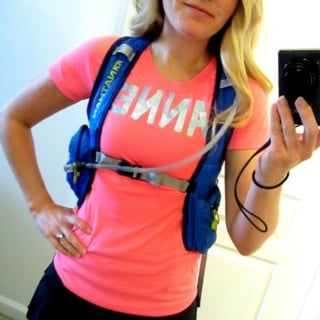 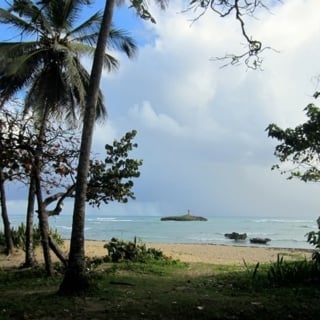 Running in the Dominican Republic 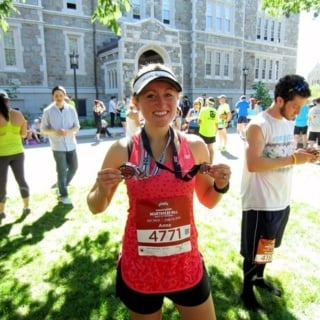 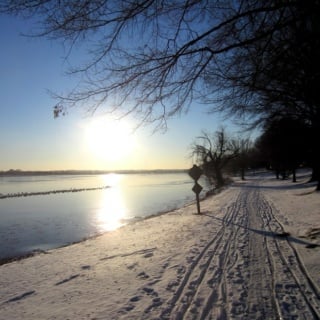 The Coldest Run Ever.