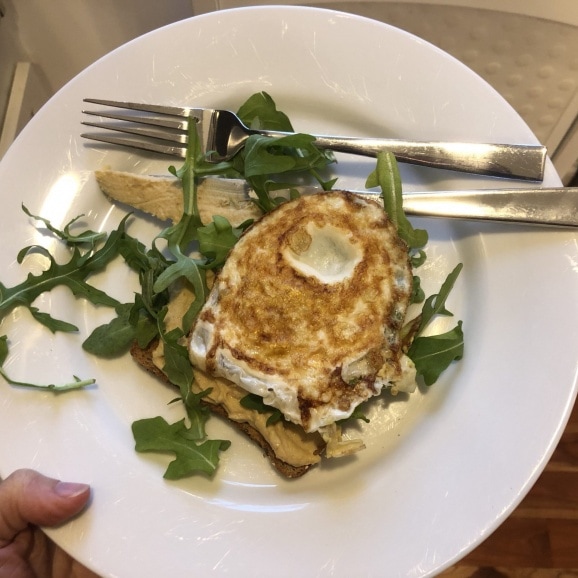 Happy Friday! We had some good eats this week.

I was really into avocado toast + hummus toast (same as avocado toast, just with hummus!) this week. Super filling! 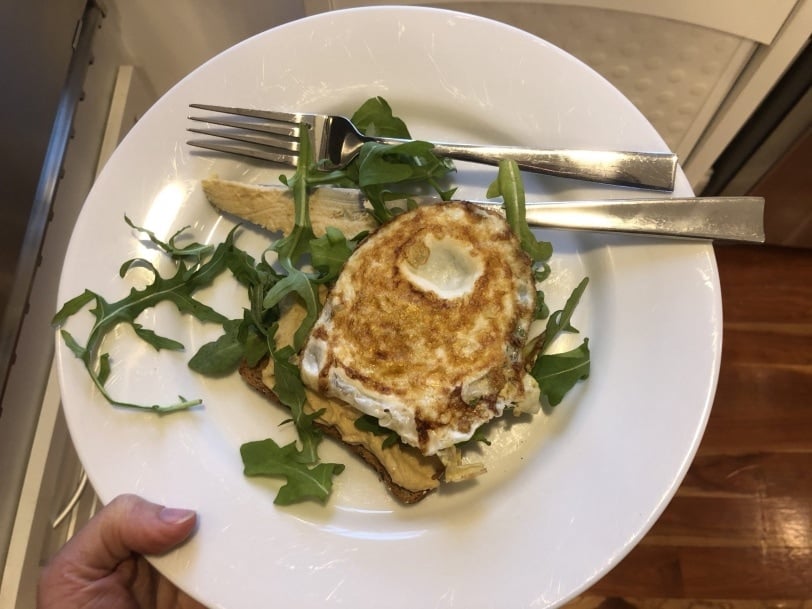 Another breakfast Riese and I enjoyed a couple times was banana bread with fried eggs and fruit. Another nice, filling combo. 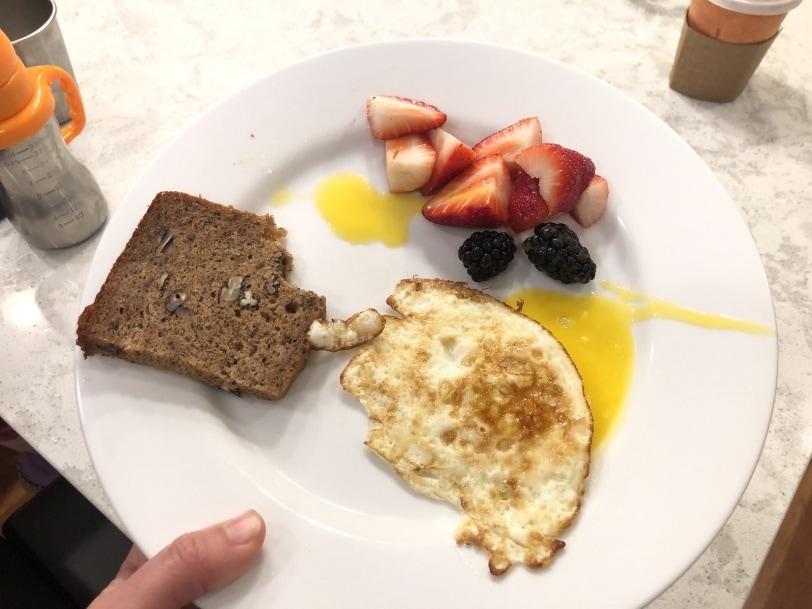 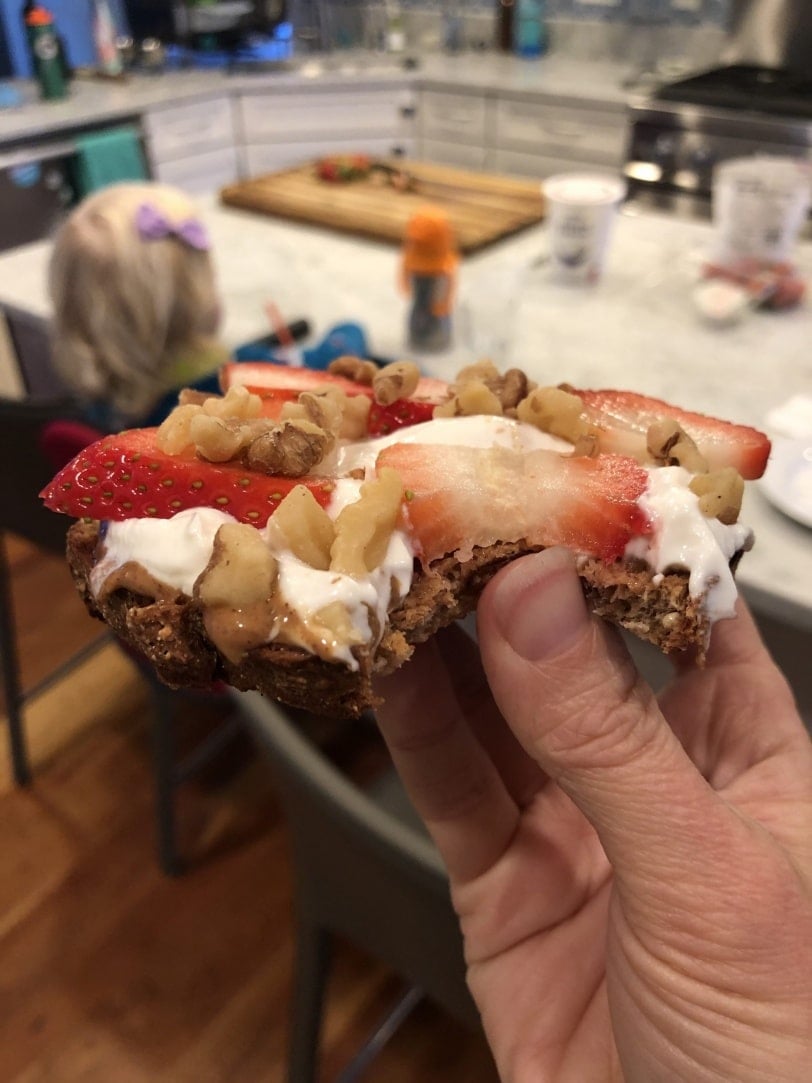 My favorite lunch of the week was yesterday, when Riese and I had a picnic at the playground!

We shared some veggies (carrot sticks + string beans), leftover cheesy pasta with kale, leftover salmon and chicken, and a hard boiled egg. Plus some unpictured hummus (added to the bowl of pasta/protein because it was a little dry without it) and clementines. 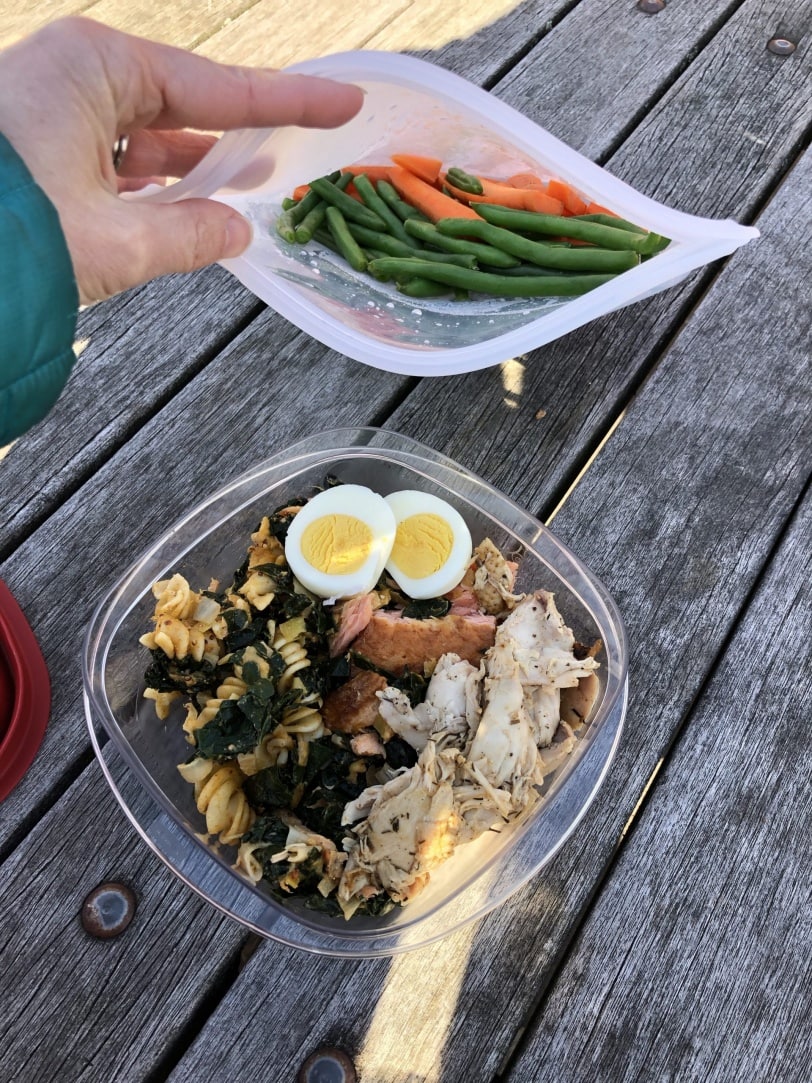 When I was pregnant with Riese, I remember a friend of mine who already had a child saying that when she became a parent the highs got higher and the lows got lower, too – it was a lot more polar opposite emotions, sometimes changing very quickly. I find this is so true for me, too.

On Tuesday night, I was REALLY burned out and tired. It was gross outside so we were cooped up, Riese woke up early from her nap right when I was in the middle of trying to get some work done, and we were both just irritable and bored. I was literally counting the minutes until Matt got home and it was one of those afternoons that just felt like it went on forever.

But yesterday morning, Riese and I were at the playground and it was the total opposite – she was chasing me around in the sunshine and I literally felt like my heart might explode because I was the luckiest person ever to get to be right there in that moment with her. It was such a fun morning and made me remember how true my friend’s comment has been for me!

Anyway – back to the food.

Here’s another lunch from this week: a wrap with tzatziki, leftover steak, arugula, and tomato. Riese had the same thing but minus tomato (she hates tomato randomly) and minus the arugula which is still a little hard for her to chew. I cut the steak smaller for her, too! 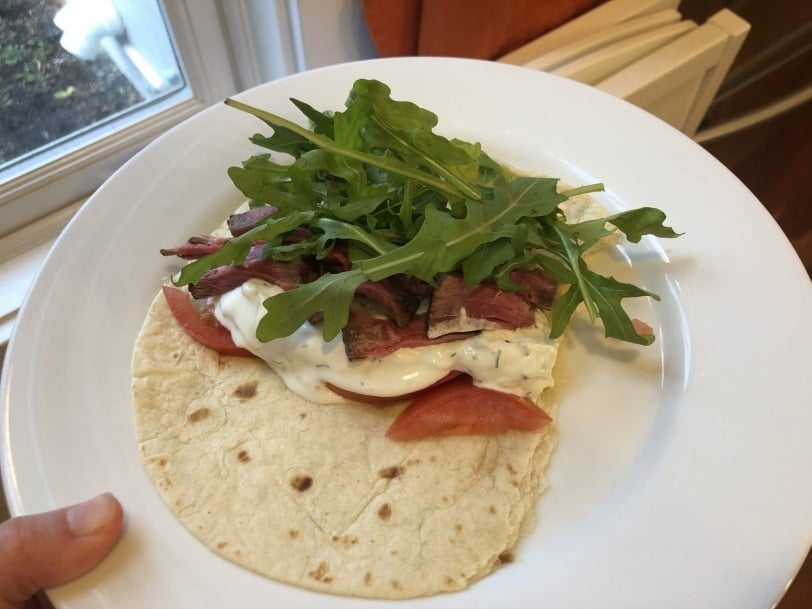 One night we had that cheesy noodle dish with kale and salmon that I mentioned previously. 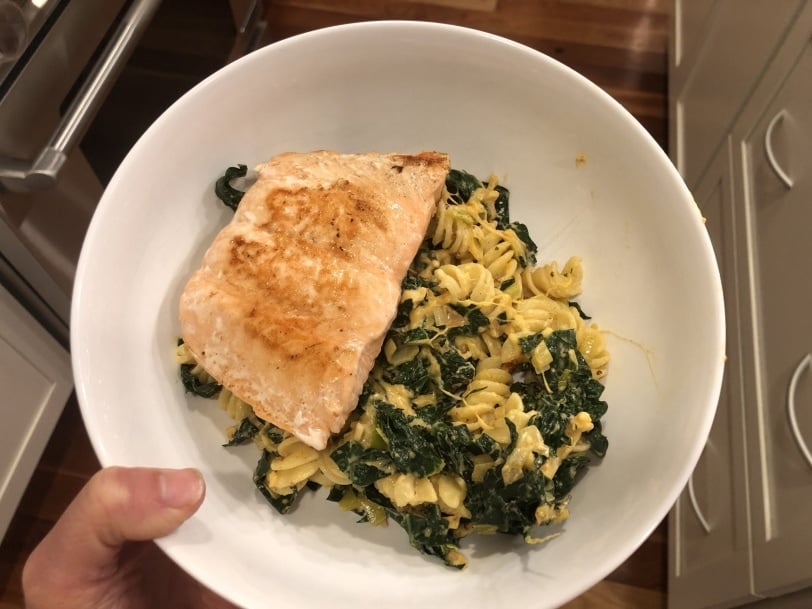 Riese really liked stripping the kale from the stems – kept her busy for awhile which was nice because this was the night I was mentioning previously that both of us were just NOT in a great mood for. If there was something naughty for her to possibly be doing, she was doing it. One of those nights! 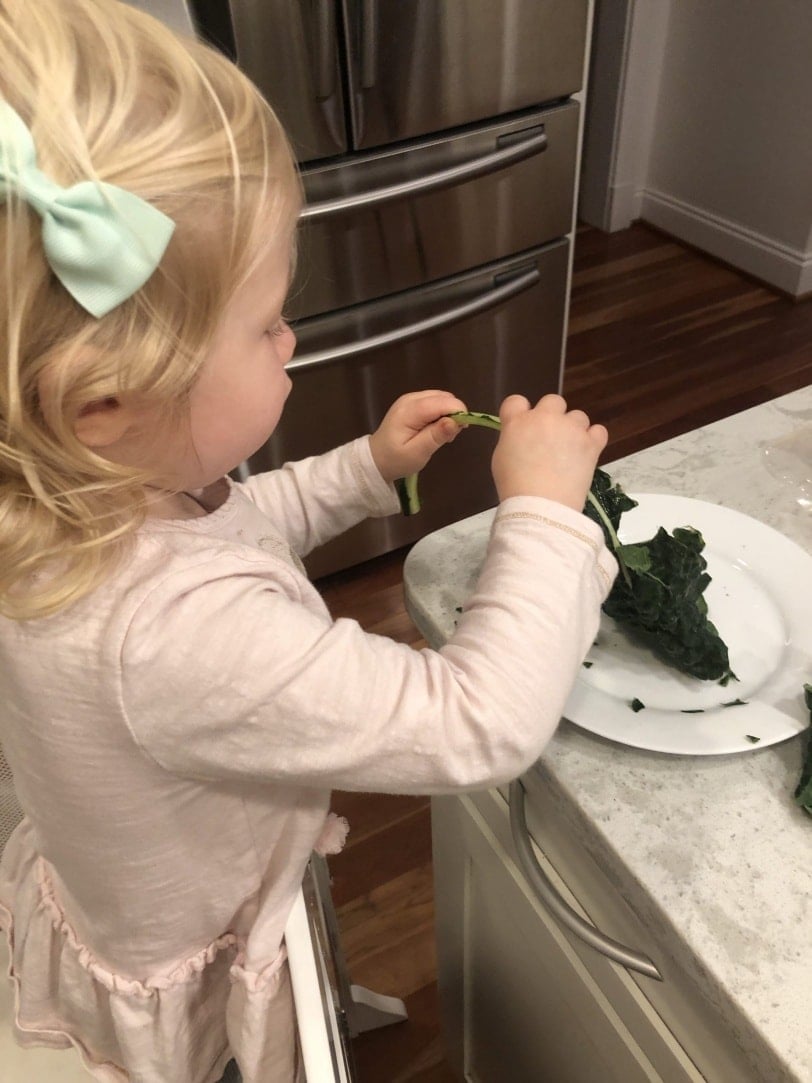 On Wednesday night I had a much needed girl’s night out – I met up with a group of mom friends to have a mini baby “sprinkle” for two friends who are due with their second babies in a couple weeks.

We met up at Evening Star Cafe, one of my Del Ray faves. Service was suuuuper slow but the food was delish as always.

I was craving a salad and also a burger and fries, so I went with it! Beet salad with goat cheese, pomegranate arils, and hazelnuts (great combo) to start: 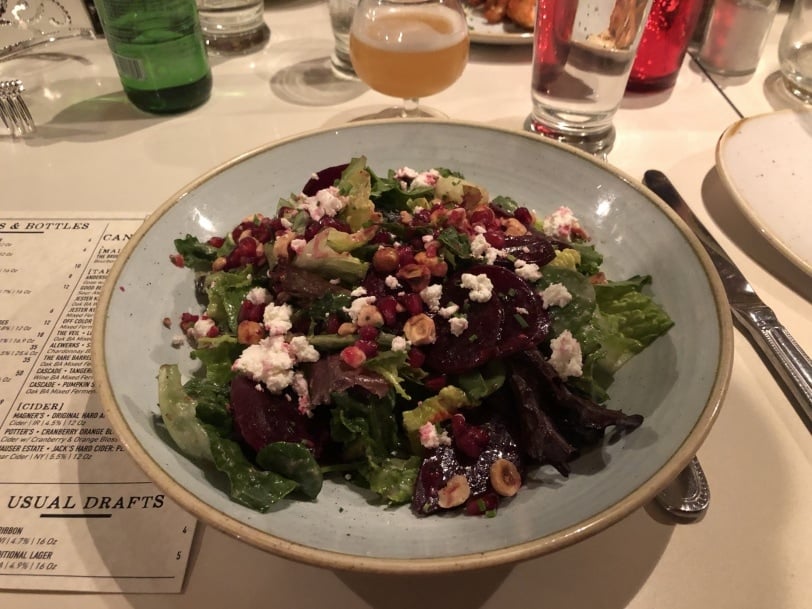 I had about half of the burger + fries and saved the rest for another day because the salad was actually pretty filling/large! 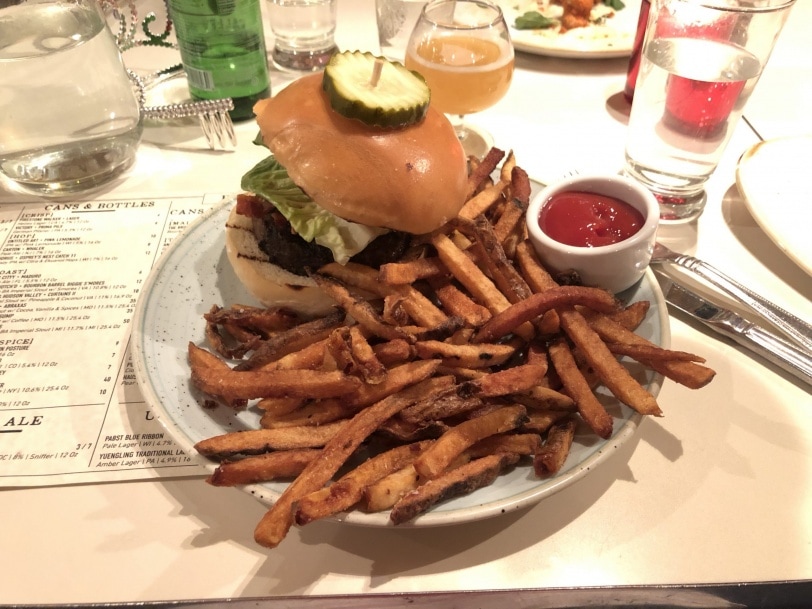 Another dinner from this week was at my friend Kristin’s place – she had her second baby a couple months ago and I was signed up to bring her food (in combination with a playdate, because her older daughter and Riese are buddies) a month ago but her daughter was sick so we postponed to this week instead.

Last time I was supposed to visit, I had everything ready for my Mexican Lasagna (I ended up making it for us instead); this time I was too busy with work to get organized enough to do homemade so I swung by Whole Foods and grabbed a rotisserie chicken, roasted potatoes, some veggies, and fruit for us all to share instead.

I felt bad I didn’t do anything homemade (I feel like there’s pressure since I have a food blog?! Self imposed pressure anyway) but it worked and was really fun to see her and meet the new addition! (I went back for more food + fruit… this was phase 1.) 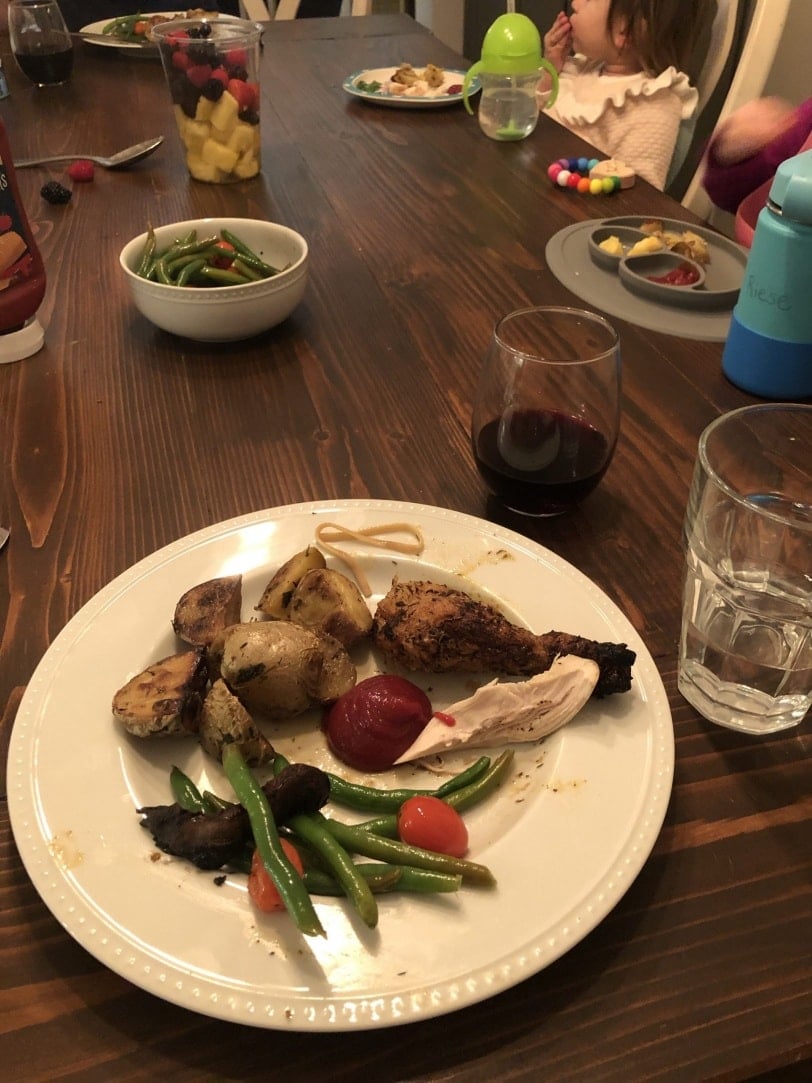 I will leave you with a couple photos from my run date this morning with my friend Sokphal!

I reeeeeally didn’t want to get up for this one (it was so cold with the wind chill!), but as always I had a great time once we were out there. 🙂 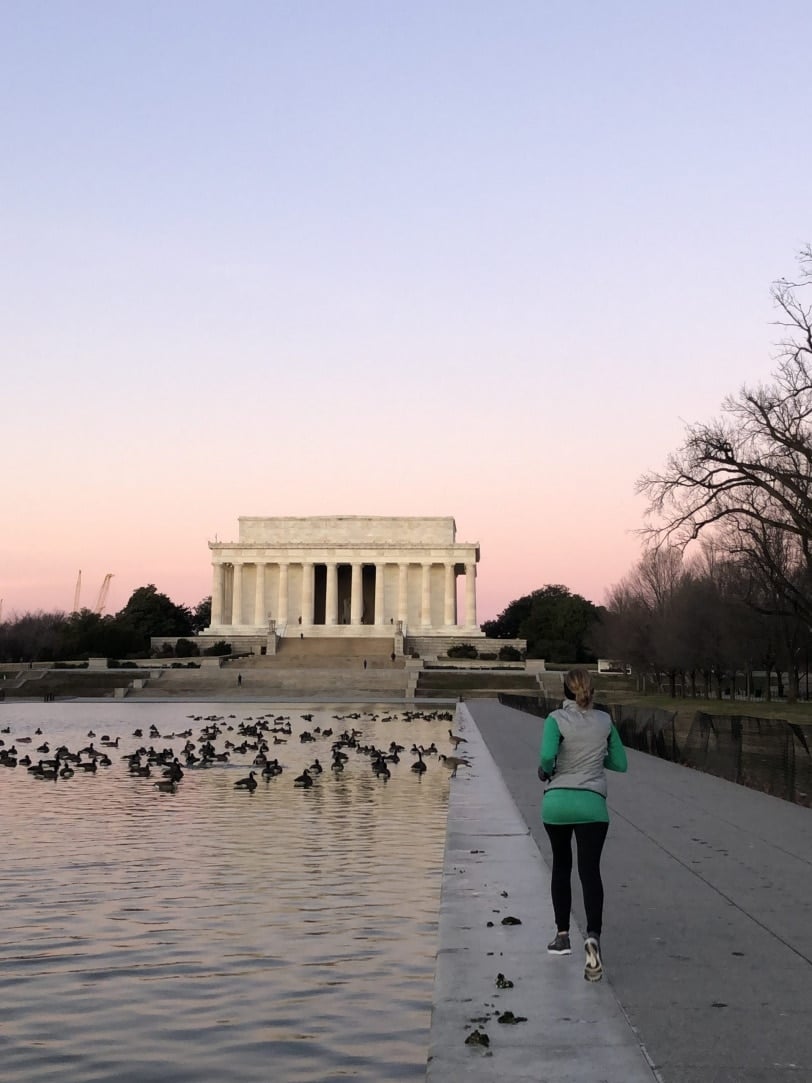 The sunrise was lovely and we had the monuments to ourselves! I did some Instagram stories while we were out there if you want to see the action in video form. 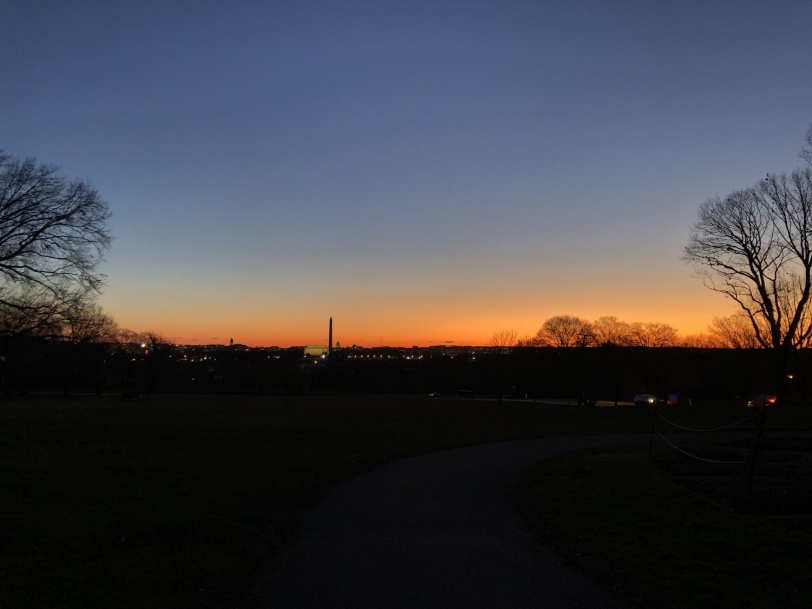 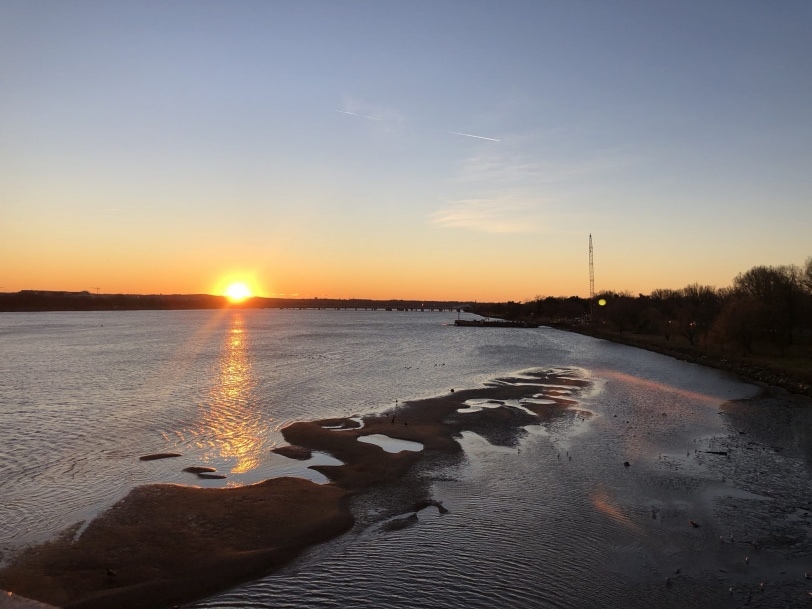 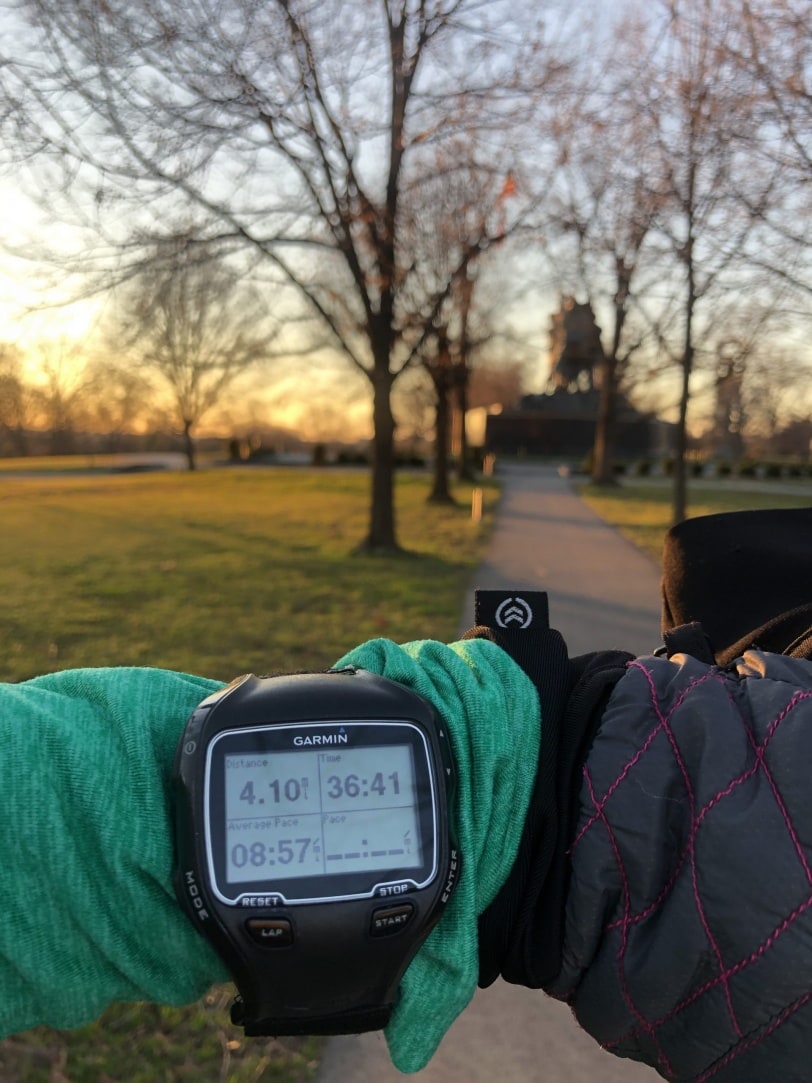 I also went to two extra early HIIT/boot camp classes this week with friends… no pictures because I had to rush home after because Matt had super early meetings but I was glad to get in lots of fun social movement this week!

Have a great weekend and I’ll see you back here on Monday.

Faves this week from around the web: 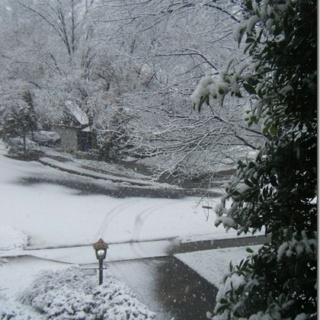 Of easy wind and downy flake 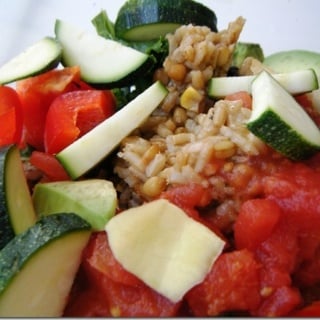 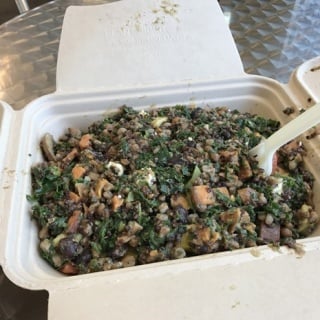 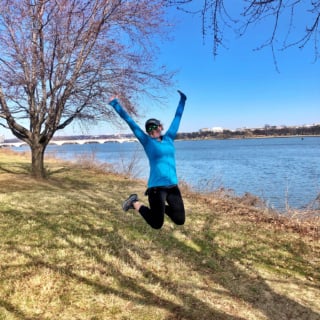