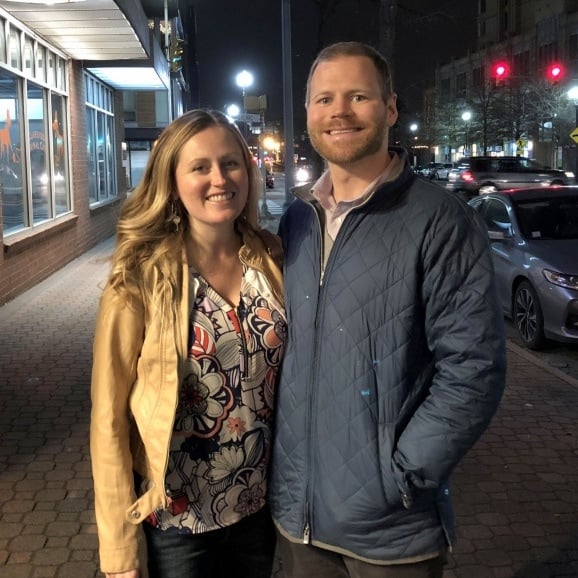 Going Out to Dinner with a One Month Old at Home

On Friday night, Matt and I had our first restaurant meal out since Riese was born! My brother was in town for the holidays and his girlfriend joined us for a couple days before Christmas before heading off to see her family. We were excited to get to know her, so my parents offered to babysit so the four of us could go out on the town. Woohoo!! Big night out! 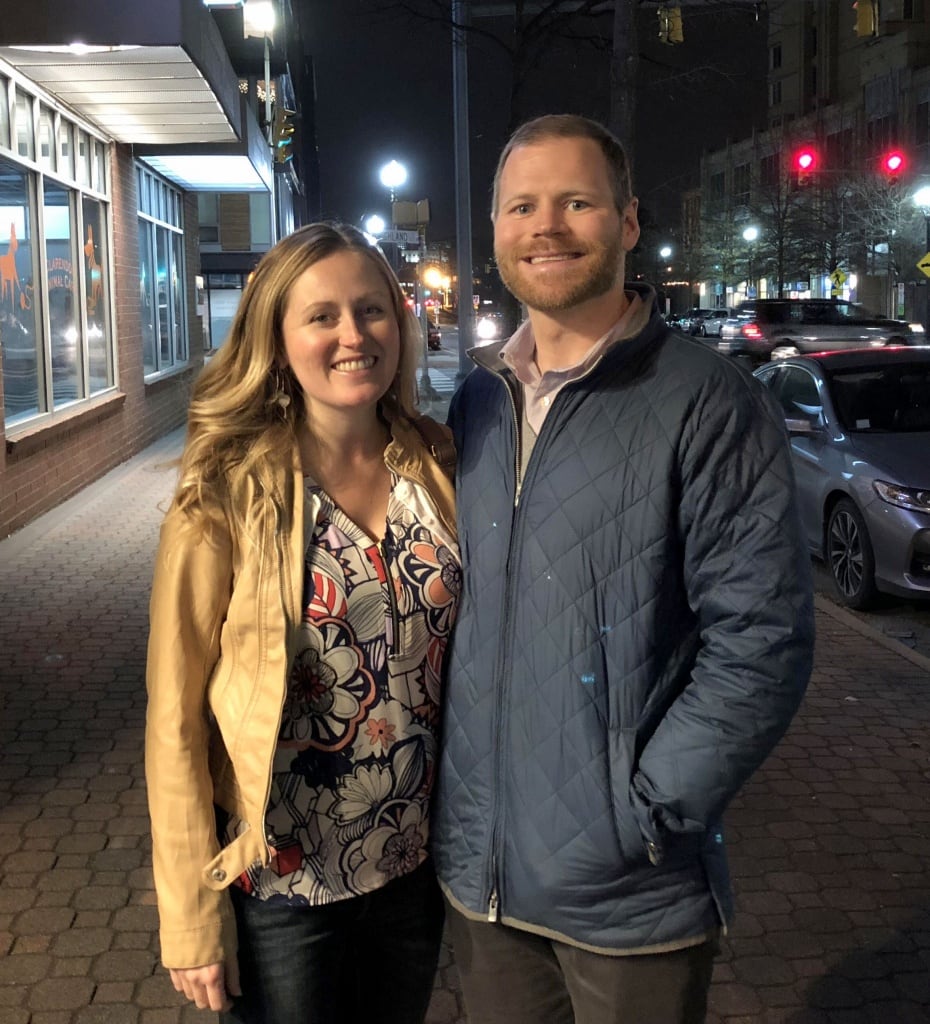 We went out to dinner at Lyon Hall in Clarendon – an old fave. First order of business was two things I haven’t had in quite awhile: red wine and raw oysters! Yummmm. 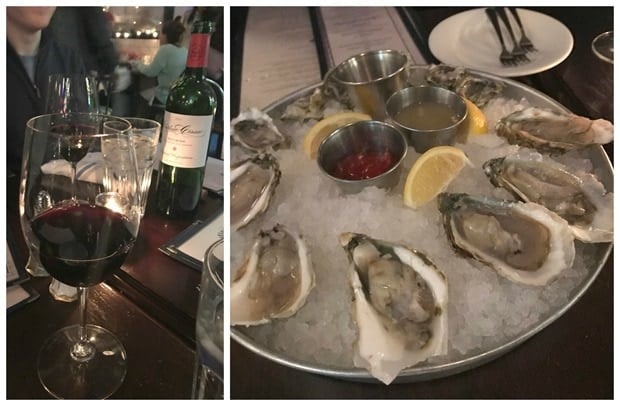 For my entrée, I’m really into salmon again lately (fish was hit or miss when I was pregnant) so I went for their salmon with greens and lentils. Hit the spot. 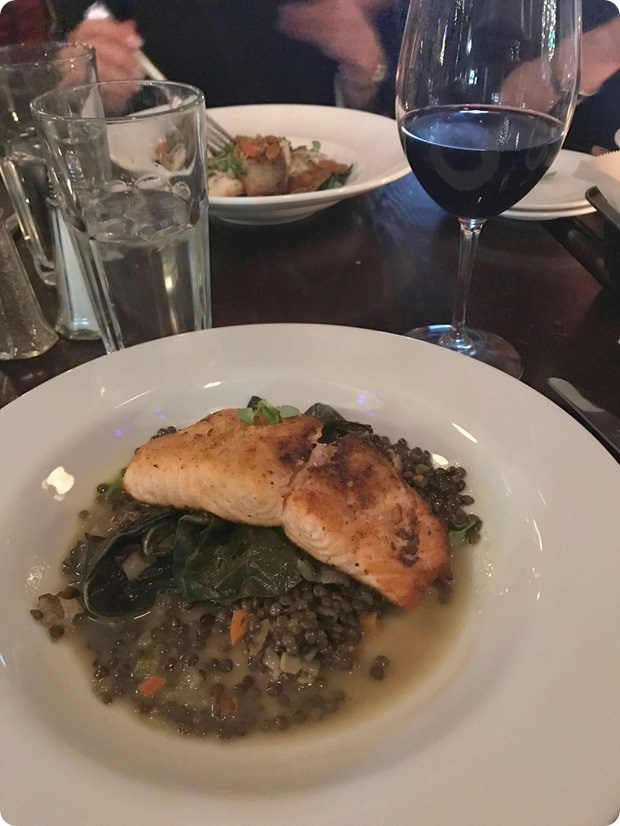 We lingered over the wine for quite awhile – such a fun night out and a special treat since it had been a month since we’d had dinner out at a restaurant!

Speaking of – a few of you asked when I mentioned we were planning to go out solo again how we plan/manage being away from a one month old (especially since I’m exclusively breastfeeding). Obviously I’m not an expert here, but here’s what I’ve done the times I have planned to be away for a couple hours. I think I have left about 4 or 5 times now – it has been really good to have those “adult only” moments – I come back refreshed and excited to see her and be a good mom. I think it’s important to make some “me time” a priority if you can – both Matt and I have been really prioritizing a mix of getting out solo (with the other one of us watching Riese) as well as together (thanks to my parents babysitting for us – I know, we are lucky to have them close). Anyway, here’s what I’ve done: 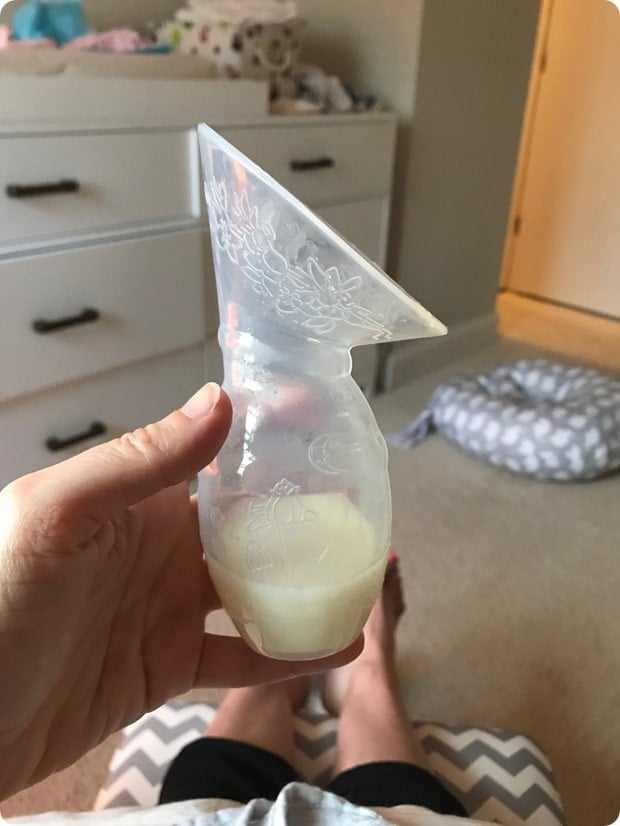 One more thing – if you are leaving a bottle, have the person who will be feeding your child watch this video on paced bottle feeding. Thank you to those who recommended that to me! It will basically help the baby to not overeat and simulates the breastfeeding experience a bit more. I’m glad we left a bottle on Friday because we ended up lingering at dinner for over 3 hours and my parents did end up using the bottle – she had about 2ish ounces, so almost all of it. She was pretty fussy most of the time we were gone (evening is always “the witching hour” for her), but the bottle did help for a little while they said!

Anyway! Another food highlight recently was on Saturday night when we had a nice meal at my parent’s place – my mom made a variation on my Baked Salmon with Lemon Mustard Dill Sauce (<- recipe). Always hits the spot! Plus a splash of white wine. 🙂 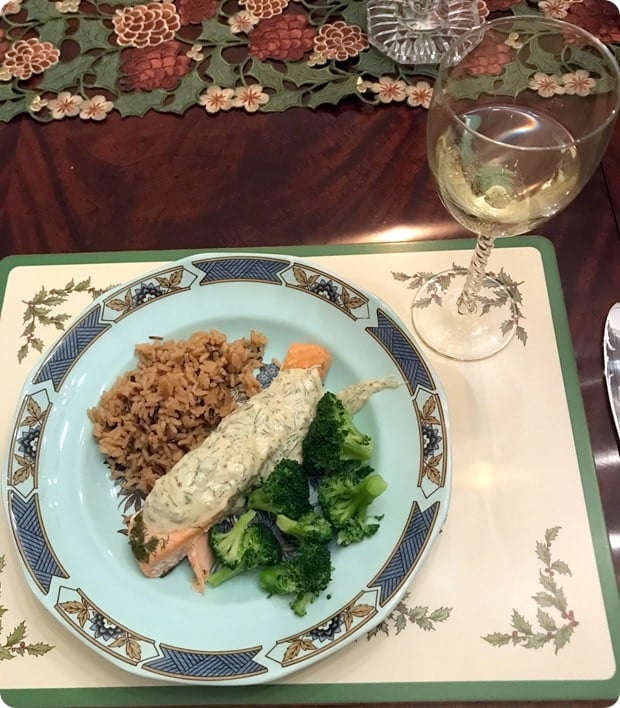 On the fitness front, we are still enjoying lots of walks, although it got really cold the past couple days which is a bummer! Speaking of fitness, I was shocked that on Friday at the doctor I was cleared for ALL exercise at only 4 weeks post-C section surgery. I was like, “Uhhh… really? Any guidelines or things to keep in mind?” and he said “nope! you’re healed! don’t overdo it, but you’re cleared for anything.” Um… I don’t feel healed, that’s for sure, and I can’t believe the doctors don’t give you more guidance about postpartum fitness and how to safely reintroduce movement – or at least caution you about what NOT to do! I mean there’s no way I’m healed enough only 4 weeks out to jump right back into my normal boot camps and running, and he made it sound like I totally could. I’m glad I know better thanks to advice from you guys!

I am itching to get some more movement in, but I want to be smart about slowly ramping back up and not doing anything that will make my recovery slower (or hinder it/impact it long term). I don’t feel ready to run at all (my incision is still really tender and pulls when I walk, and from what I’ve read online doing high impact workouts isn’t smart so early – I’ll probably wait until at least 8 weeks to try that), but I am looking forward to some light yoga, swimming, and strength training. I’m going to do a whole post about how I’m reintroducing fitness safely (following various plans I’ve found online thanks to you guys) – stay tuned for more on that. For now, here’s a photo of me and Riese out on our very first completely solo (without Matt and our dog Freyja – they were off running) walk last week. She’s in my lalabu soothe shirt – I hold her head while I walk with her in it but otherwise it’s definitely sturdy enough for walking! I like that I don’t have to do any wrapping/set up – you just slide her into it and go. (Sidenote – if you get that shirt, get a size up from what their measurements say – it runs super small.) 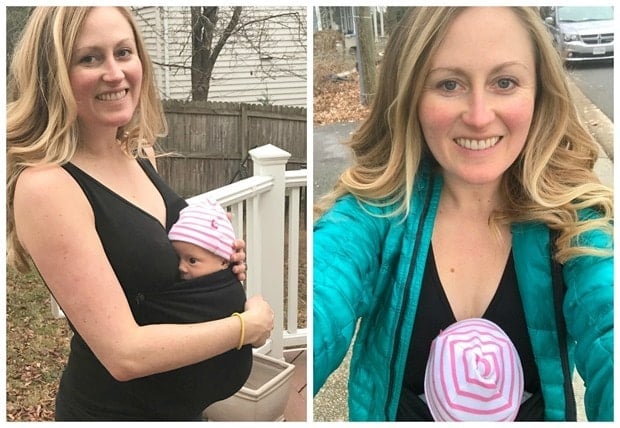 Now that the holiday festivities are over, Matt and I are having a low key week and planning some meet ups with friends who are in town visiting! Later today I’m heading out solo to see my best friend Jenny and her sister Gretchen – Jenny was going to come over to meet Riese, but we’re postponing that for the weekend or early next week because Jenny has a bit of a lingering cold. Matt is going to kick it with Riese while I’m gone.

I will leave you with an important question: how long do you leave your Christmas tree up? It’s so fun and festive it makes me sad to take it down! But… we’re thinking probably the first week of January we’ll take down all our holiday decorations. Boo! It makes such a nice photo backdrop, too. 😉 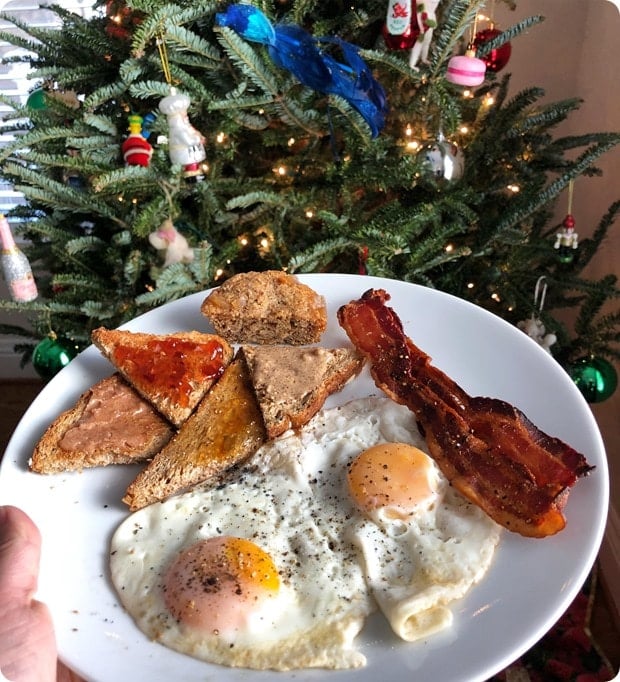 Runny egg yolks, you are everything. Also, bacon, toast with a fun variety of jams and nut butter, and half a leftover Pear Ginger Honey Muffin.

Have a good one, my friends! And be sure to check back in tomorrow – I have a cozy and winter-y recipe coming at ya. 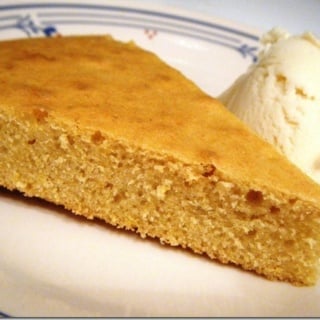 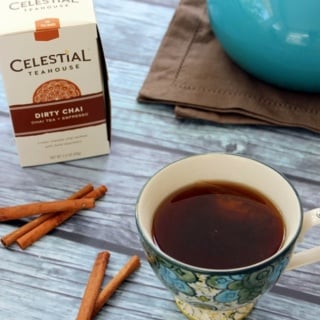 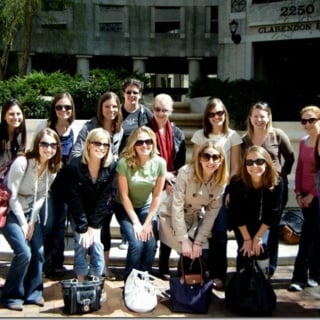 Soaking Up the Sun