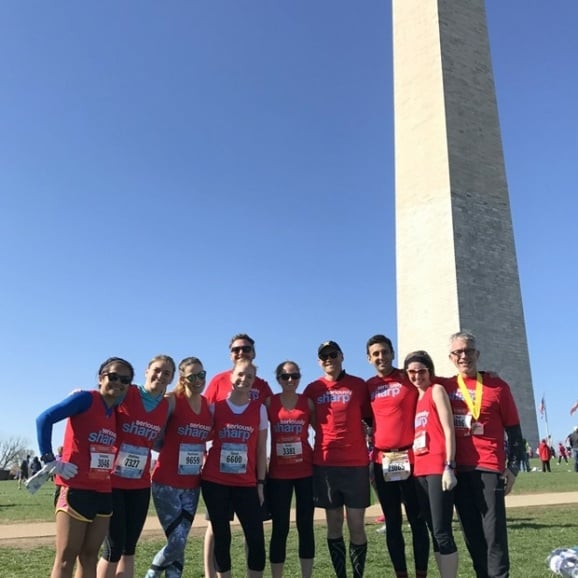 Hey friends! It’s hard getting back to work today after a really fun weekend, the highlight of which was running the Cherry Blossom 10 Miler yesterday with Matt and a big group of friends! 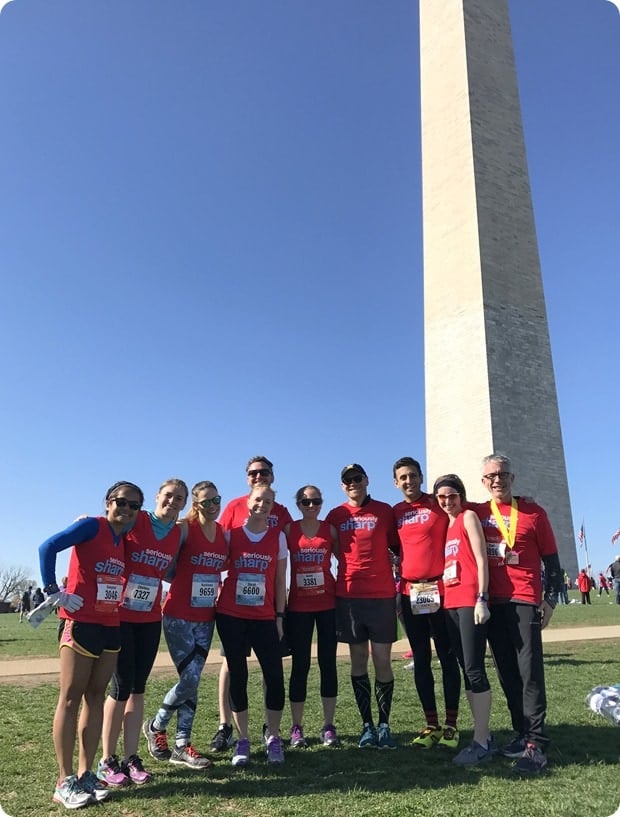 More on that tomorrow, when I’ll share a full race recap (plus an awesome giveaway from Cabot, who made putting my team together possible)!

And for now, the non-race portion of the weekend! On Saturday, Matt and I kept things low key in preparation for the race. Lazy morning followed by banana pancakes (we used the Simple Mills pancake mix) plus some scrambled eggs. 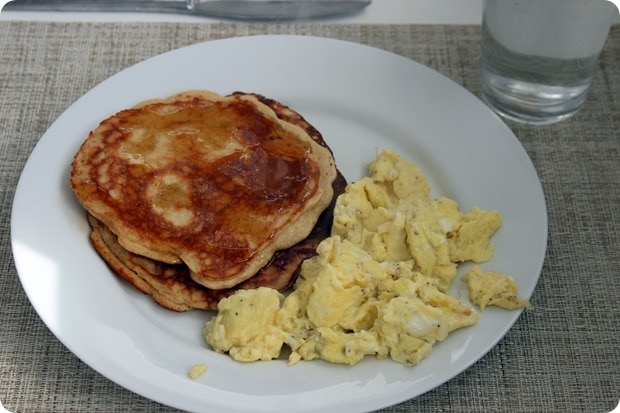 The rest of the day was spent relaxing and getting some errands and things done around the house! I hit the race expo in the late afternoon to get our bibs and Cabot racing shirts, and then headed to the pre-race dinner with a few of the ladies on my #WillRunForCheddar team. Thank you to Cabot for adding us to the guest list for the official pre-race dinner! 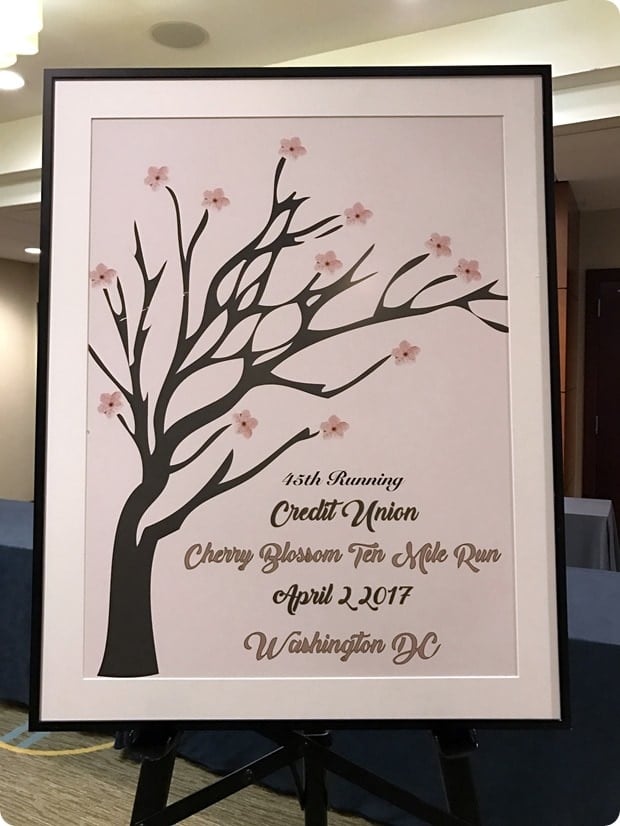 Look, occasionally my workout/running buddies and I do put normal clothes on and wear our hair down. 😉 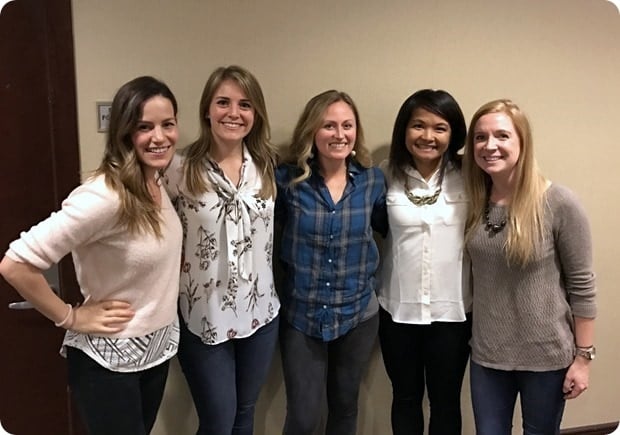 The dinner was a lot of fun, and we were honored to be there among many of the race volunteers, elite athletes, and sponsors. The food was also delicious – we were certainly well fueled! 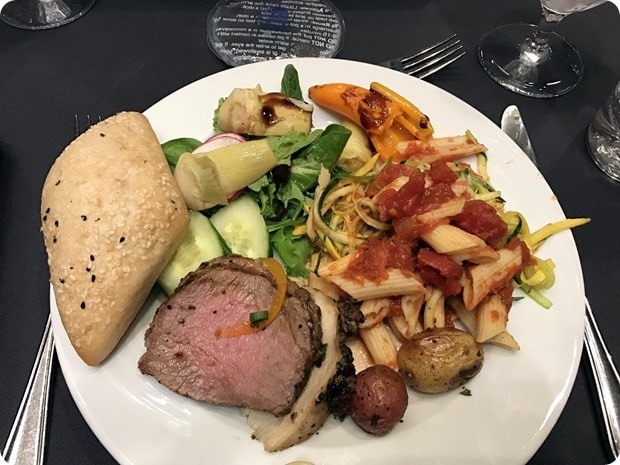 As for Sunday, it was all about the race! Again, more on that tomorrow. 🙂 It was a gorgeous day, though – the weather was the total opposite of last year’s freezing temps and crazy wind. We got lucky!

Since it was so nice out, Matt and I spent the rest of the afternoon post-race doing some yard work and gardening around the house! We planted some flowers, raked and mowed, put down some new mulch, got our herb boxes ready for action (starting with plants vs. seeds this year, no shame), etc. Zara was no help. 😉 (And, how is this comfortable?! Lol!) 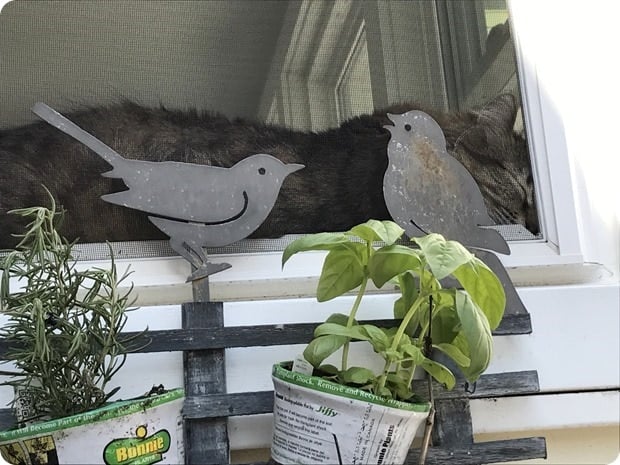 We were in the mood for something salty but hydrating last night, so we made some chicken and veggie soup! I started with some celery, onions, and carrots sauteed in a pot until the onions were soft. 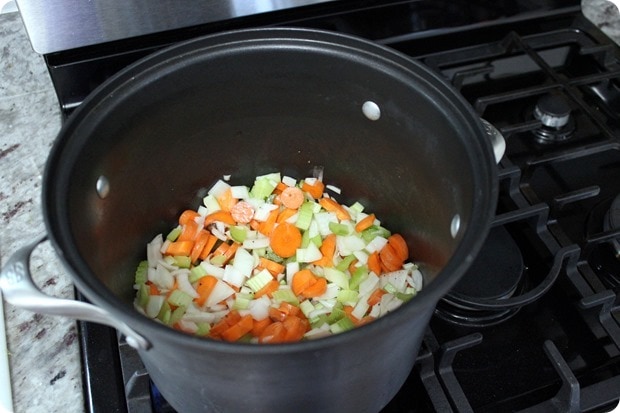 Then, I added two containers of chicken broth and brought it up to a boil, then down to a simmer to soften the carrots. Meanwhile, Matt cooked the chicken, which we put in last minute with some fresh chopped mushrooms, Italian seasoning blend, and a little salt and pepper (the broths were low/no sodium). 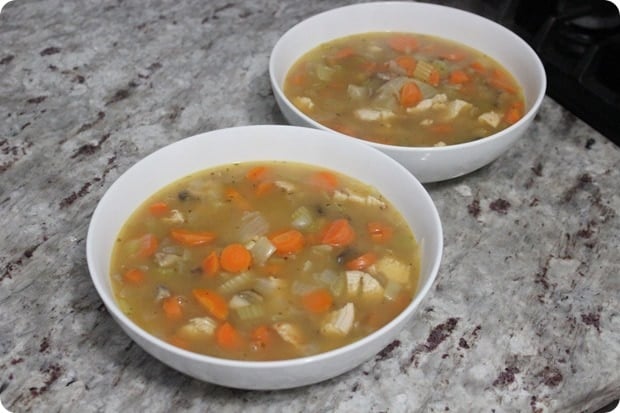 Matt doesn’t really like rice in soup so I just added some to mine (it was plain microwave brown rice) before eating. Delicious!

After all that activity and fresh air, I was so exhausted I went to bed at 8:30 last night and slept until 7:30. It was glorious. Looking forward to a rest day today, and also a massage, which I’m getting over my lunch break!

As for breakfast today, I had a mix of cottage cheese and whole milk plain yogurt with berries, various cereals, chia seeds, and slivered almonds. Yummy! My mid-morning snack, which I just ate, was a latte plus a banana with peanut butter. 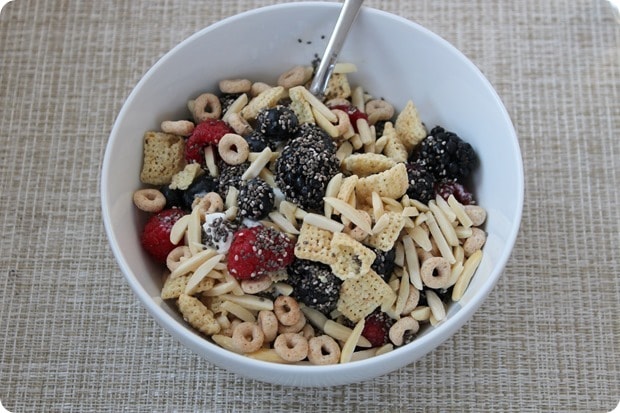 Looking forward to the leftover soup for lunch!

I will leave you with bit of randomness – remember how I wrote ages ago recommending the Netflix documentary about the Barkley Marathons, which is an insane 100+ mile ultramarathon trail race in the mountains of Tennessee with a 60 hour time limit? Well, it’s going on right now! I first found out about it because my friend John Kelly, who works out of the same co-working space I do, has attempted the race twice and was telling me about it last year. Well, this year he is making his third attempt – and as of now (10:15 a.m. EST), the race has about 3 hours and 20ish minutes left to go and only John and one other man, a Canadian named Gary Robbins, have made it to the 5th and final lap. It’s going to be down to the wire whether either of them finish within the time limit – AND apparently it’s raining and foggy there right now just to add to the drama and navigational challenges. I seriously can’t stop checking the #BM100 Twitter feed for updates! Ahhhh! Good luck to both of them! Also, a fun fact – John apparently brought a bunch of my Salty Maple Nut Energy Bites with him to Barkley – I guess they make great ultramarathon fuel as well as great normal distance fuel. 🙂

Have a great day guys – and I’ll be back tomorrow to share my race recap! 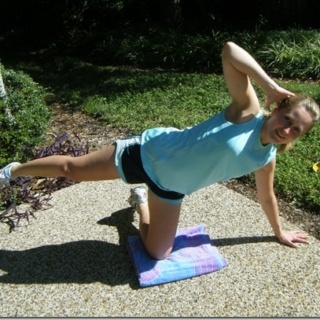 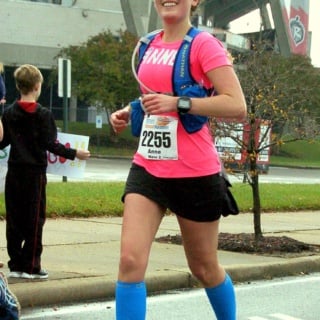 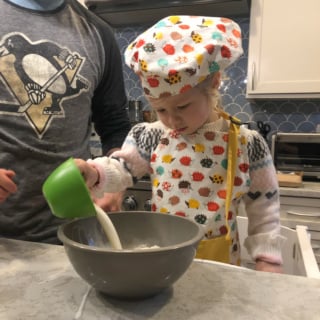 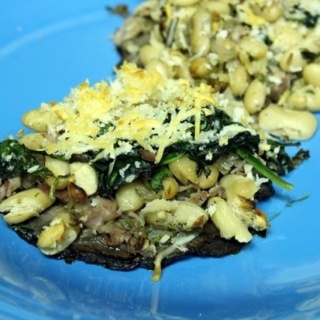