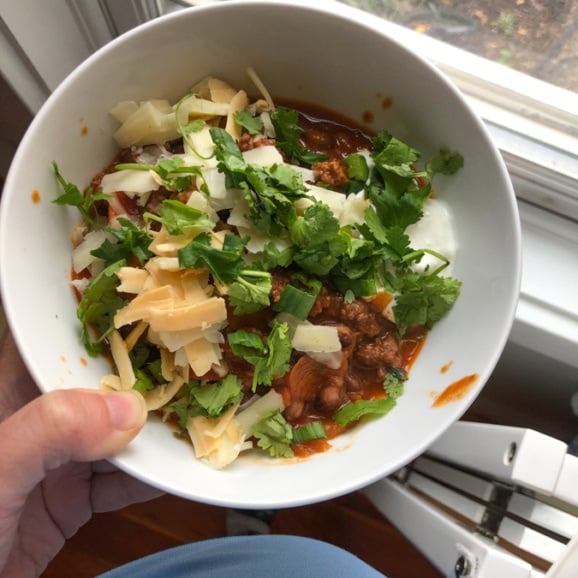 Well, we had a mostly rainy weekend over here so we stayed cozy and close to home.

Food-wise, though, there were two big highlights. First was a beef and black bean chili one day for lunch, topped with cheese, sour cream, and cilantro! 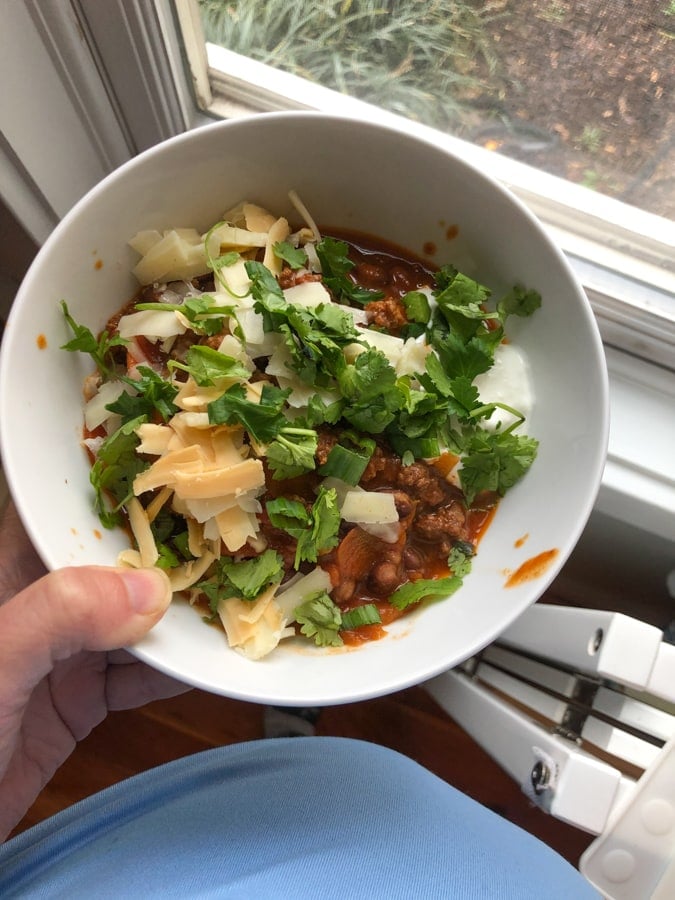 The recipe was a Blue Apron (<- affiliate link) meal, but it was similar to my Crockpot Turkey Chili Recipe, just with beef instead of turkey. I’m going to have to try that variation next time to mix it up because it was super good!

Plus a cool, crunchy salad! I’ve been really craving basic, vinegar-y salads lately and this really hit the spot. Simple and refreshing!

I made a homemade vinaigrette using my basic Homemade Balsamic Vinaigrette recipe, but swapped in apple cider vinegar for the balsamic vinegar to mix it up. I also left out the garlic, mostly out of laziness. 🙂 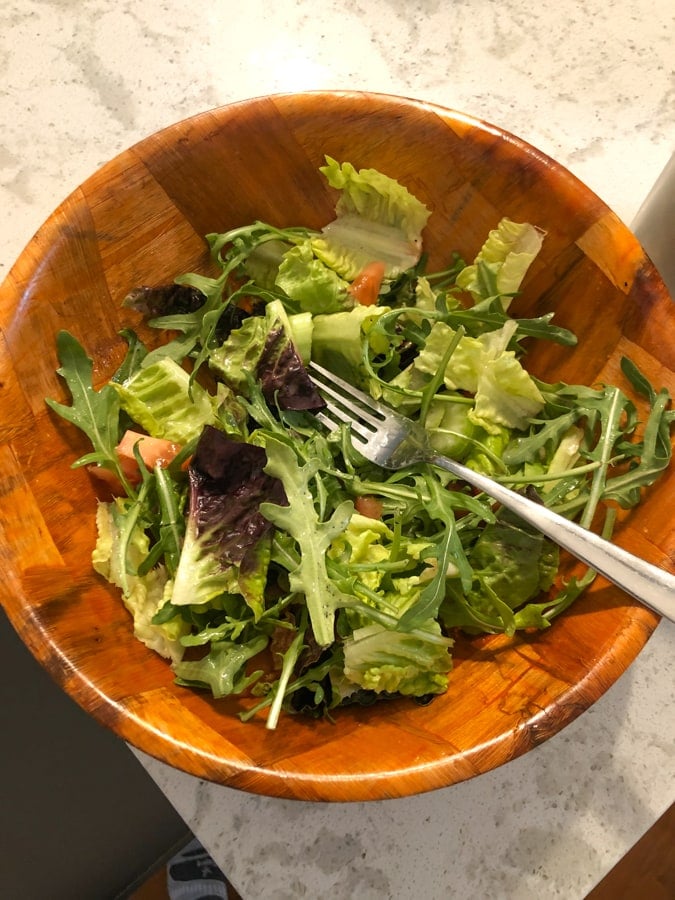 The other meal highlight from the weekend was testing out the Instant Pot variation of a Slow Cooker Mexican Chicken recipe that I’ll be sharing Wednesday on the blog!

Wednesday’s recipe post will be slow cooker themed, but the Instant Pot variation came out so well that it is going to become its own blog post, too.

Stay tuned for that in the future – but for now I’ll include a quick version of how to make it in the Instant Pot in Wednesday’s post! 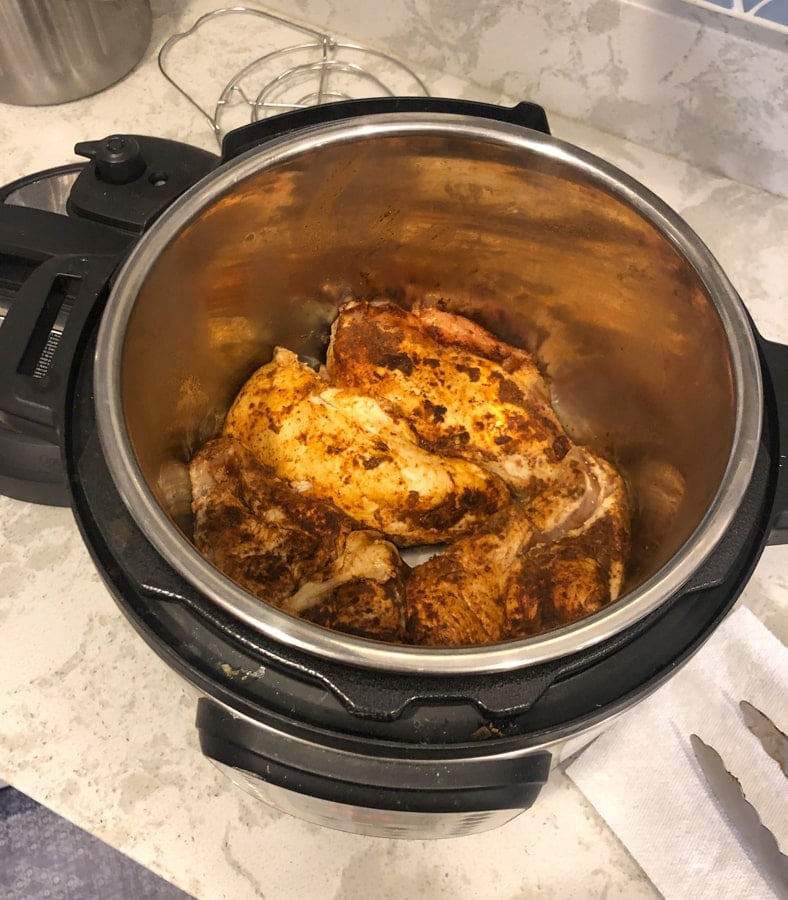 It would also be great in place of the eggs/sausage in my Make Ahead Breakfast Burritos… depending if we eat all of it this week or not I might make some of those and freeze them for later! 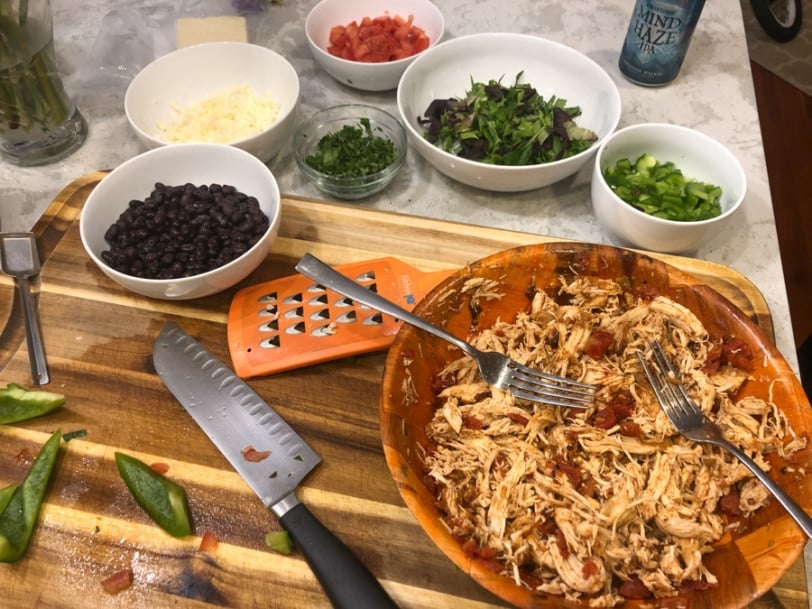 Sidenote – Matt prepped the toppings for us while I cooked the chicken, and apparently he thought that using this last 1/4 of the tomato would have just been way too much. Lol!

I was like… “Seriously? You didn’t just want to chop the rest of it?” 😉 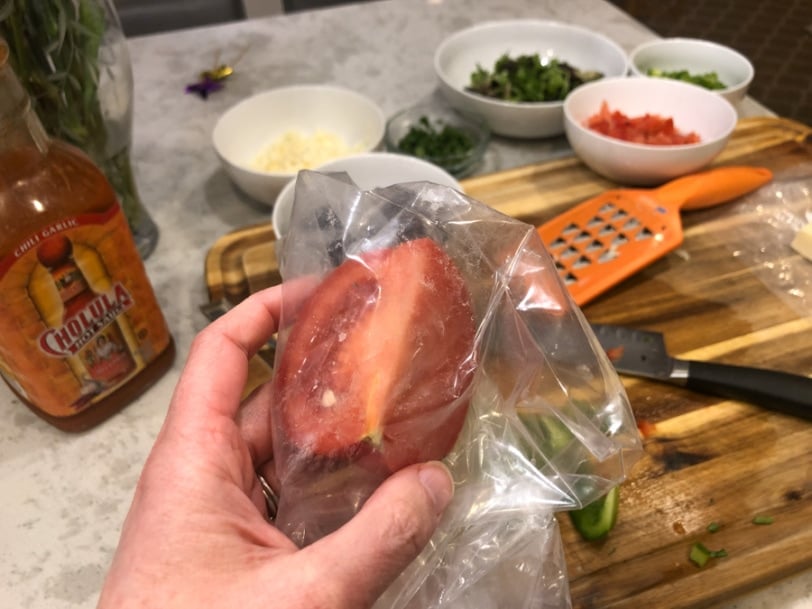 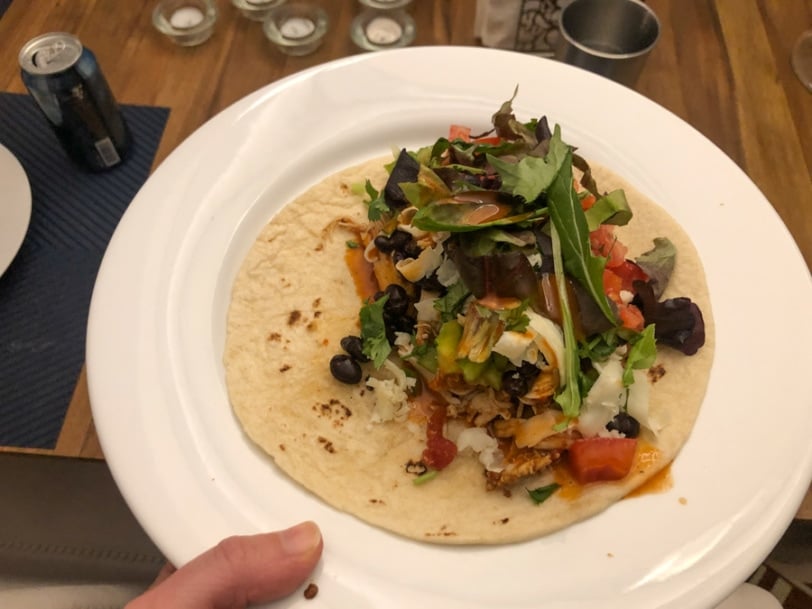 I actually just ate one of these burritos for a mid-morning snack… so good! I was super hungry and a small snack was just not going to cut it.

As for fitness this weekend, I was happy to get a little fresh air on Saturday afternoon during a break in the rain! I walked along the waterfront Mt. Vernon Trail with my friend Jen and it was great to catch up with her.

Love walking along the water – it looked especially pretty with the moody clouds! This is the view from Old Town. 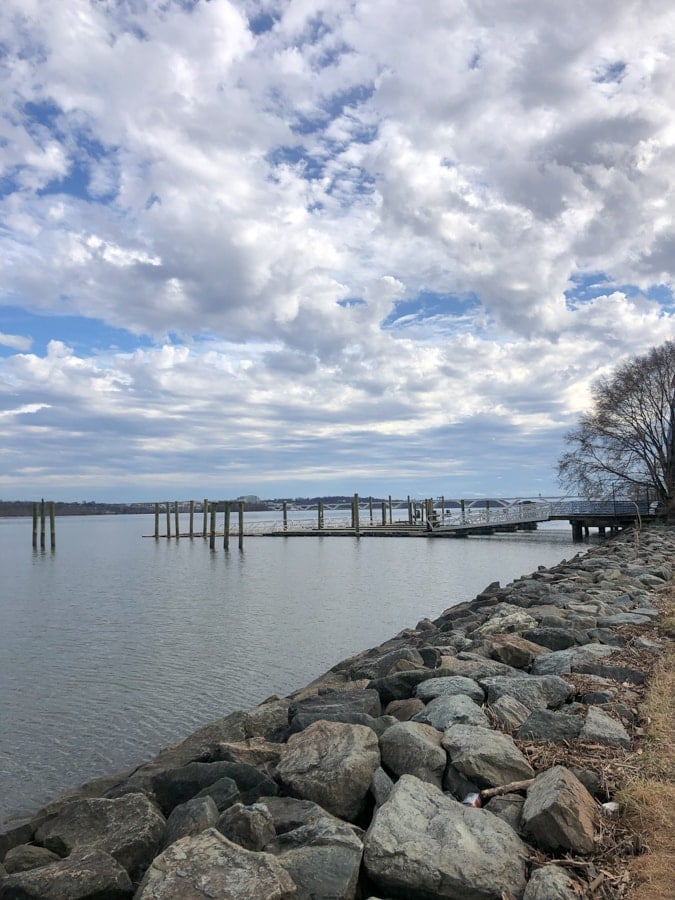 I also got in a couple Peloton rides! Matt and I are both loving the bike more than we thought we would… I get why everyone is so obsessed. 🙂

It’s a lot more fun than just riding a bike at home because the classes are so good! And I love the flexibility that you can just take classes whenever vs. worrying about a set time.

It has been bump-friendly, too! 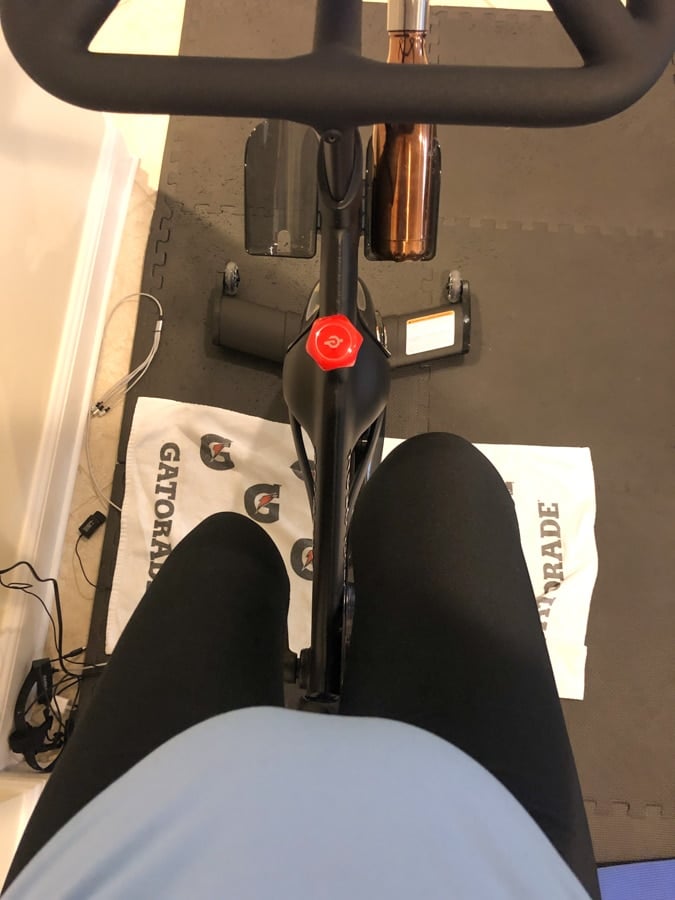 I did one of Alex’s hip hop rides one day and the other day did one of Emma Lovewell’s 90’s rock rides. I really like her vibe and her music – turns out I love riding to all my old 90’s rock faves like Foo Fighters and Bush! 🙂 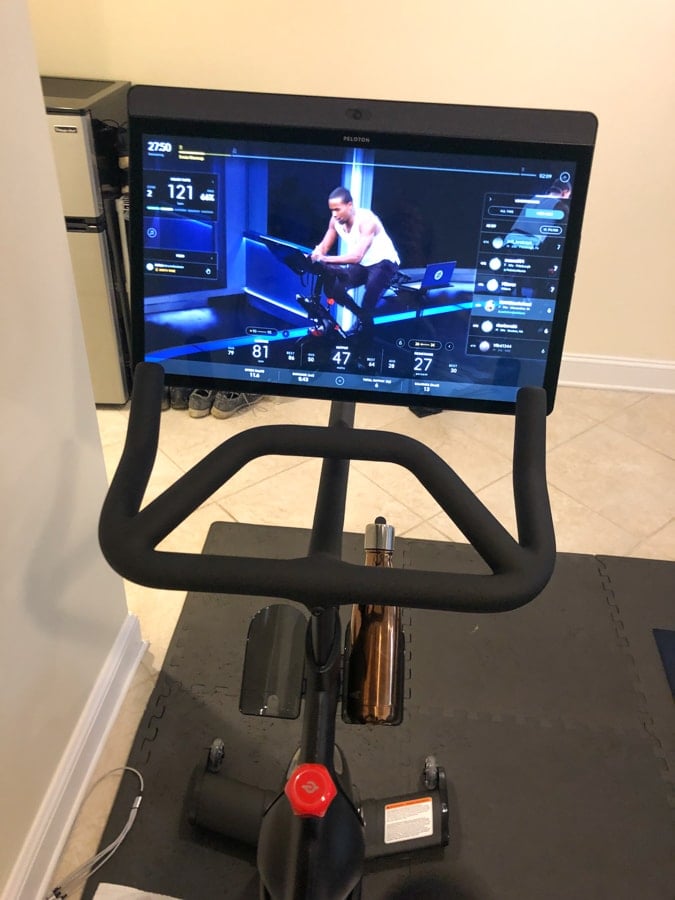 Have a nice day my friends, and I’ll see you back here on Wednesday with that Mexican chicken recipe! 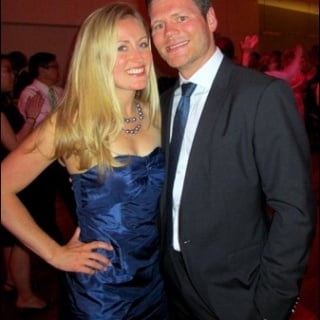 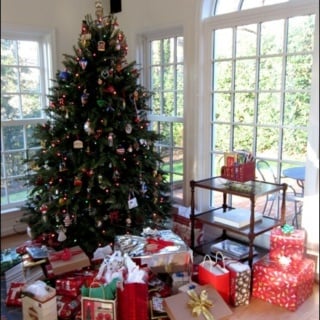 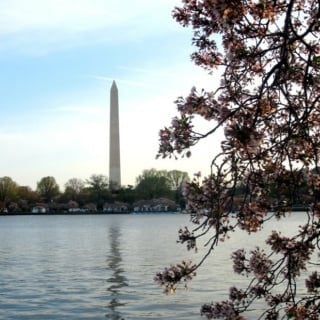 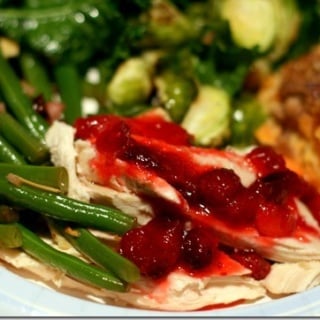