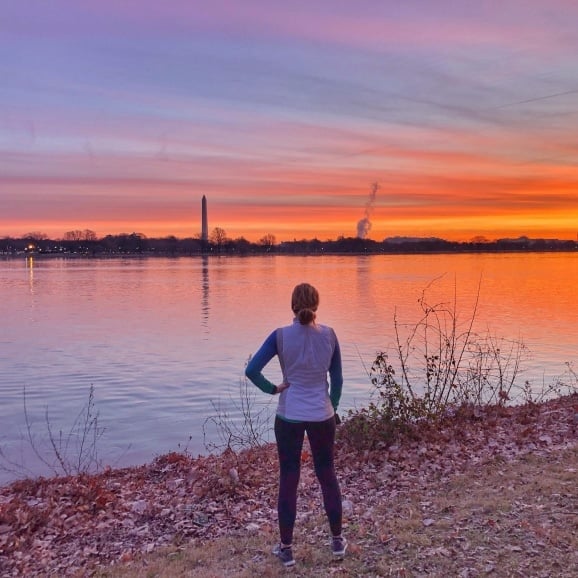 I got to sleep in this morning (well, until Riese woke up) – but yesterday I was up with the sun. 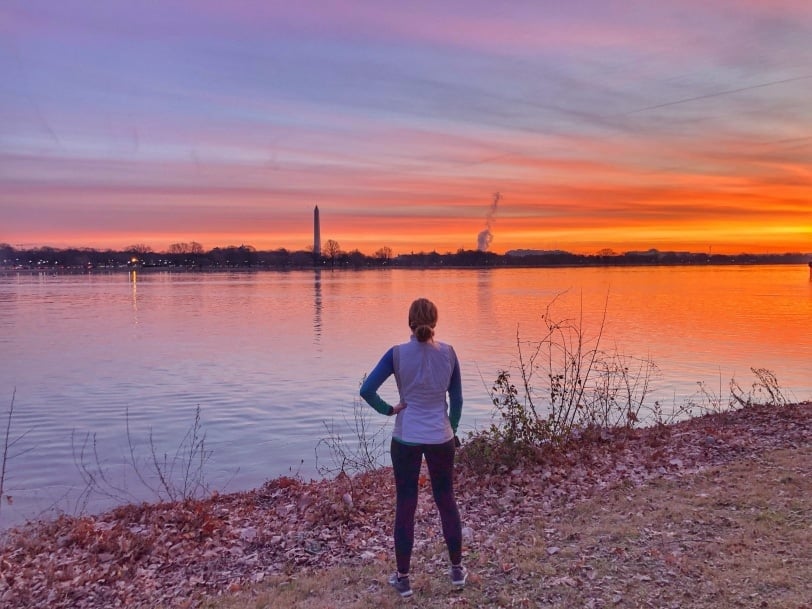 It was super ugly outside, as you can see. 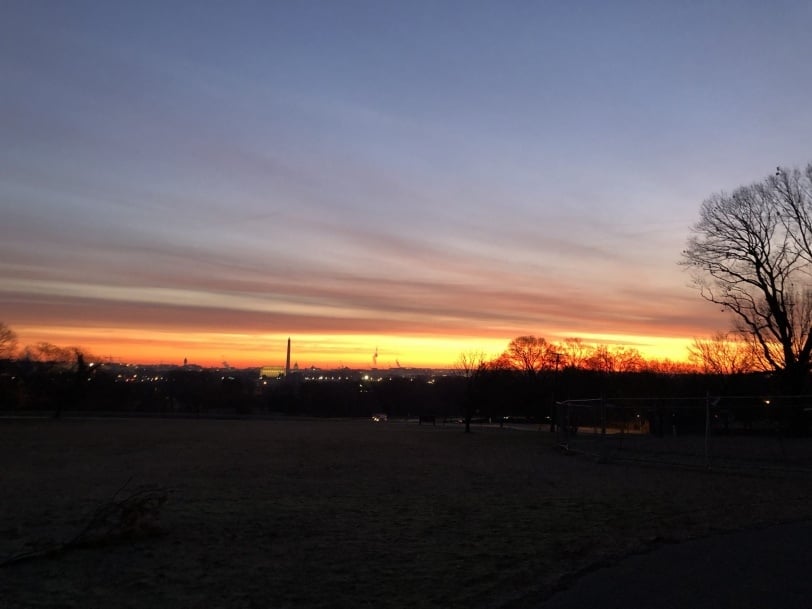 Are you a social runner or a solo runner?

I was telling my buddy Sokphal yesterday that I don’t know what I’d do without her in terms of early morning weekday runs! I just would not make it happen on my own… have to have someone to meet to be held accountable. 😉

We took an artistic self-timer shot on Sokphal’s phone – we are barely in the frame but I love how cool the tree looks! 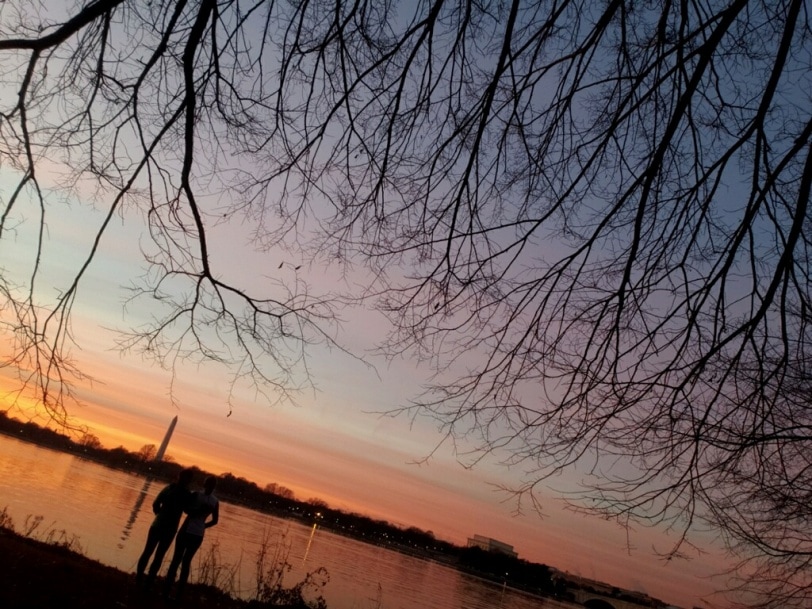 One last pic – I can’t help myself it was so pretty! Our view while we were running along the trail – we did an out and back on the Mt. Vernon Trail this week instead of crossing Memorial Bridge into DC. 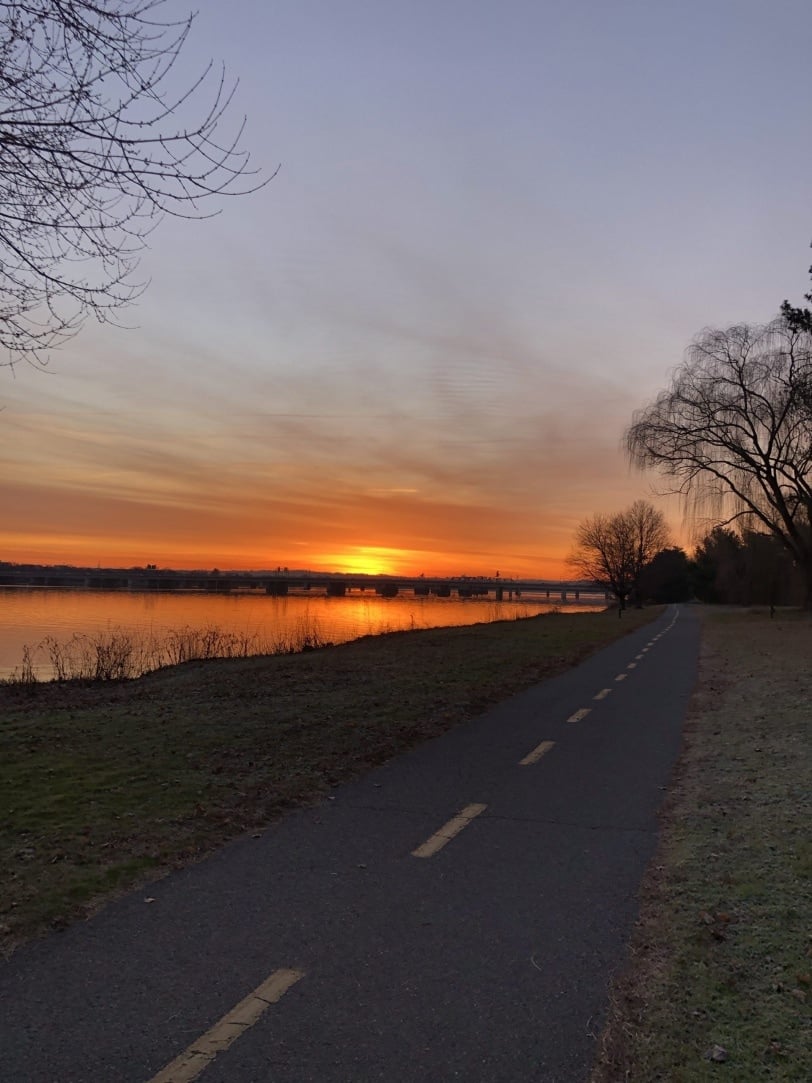 I got stuck in some traffic on the way to her place so we just had time for 3 instead of our usual 4 miles.

The faster (for me) pace felt good – it’s encouraging to see those paces inch down while effort feels similar! Progress. 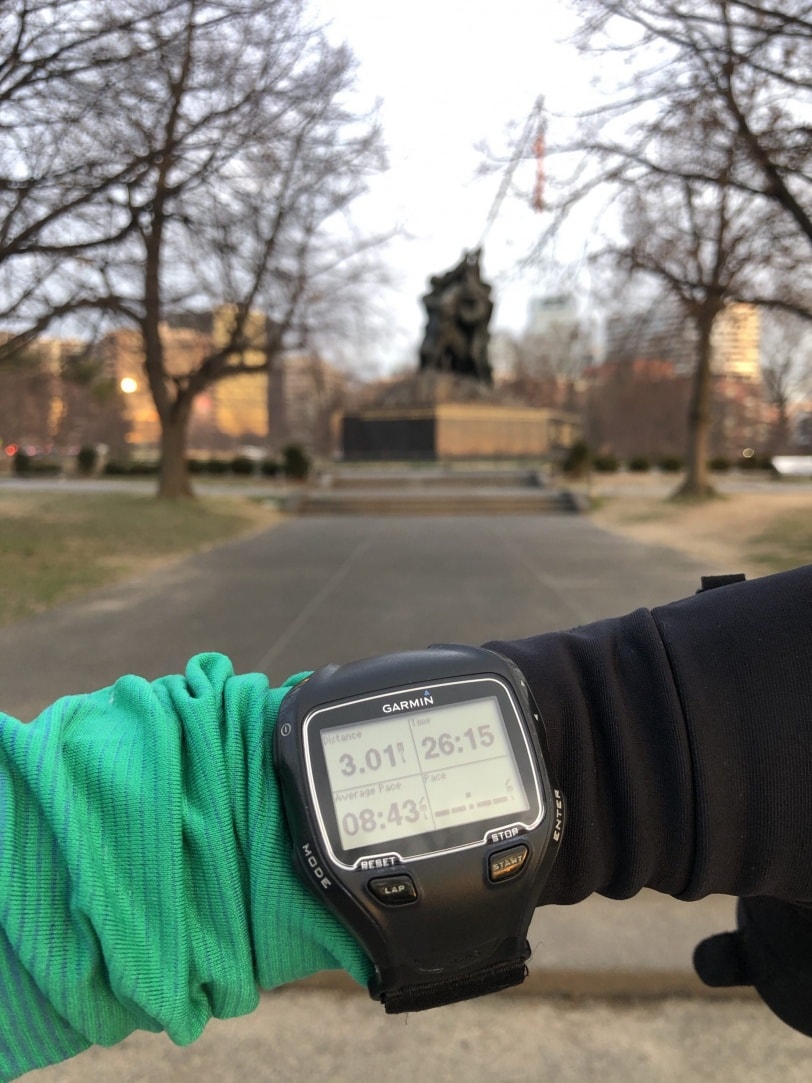 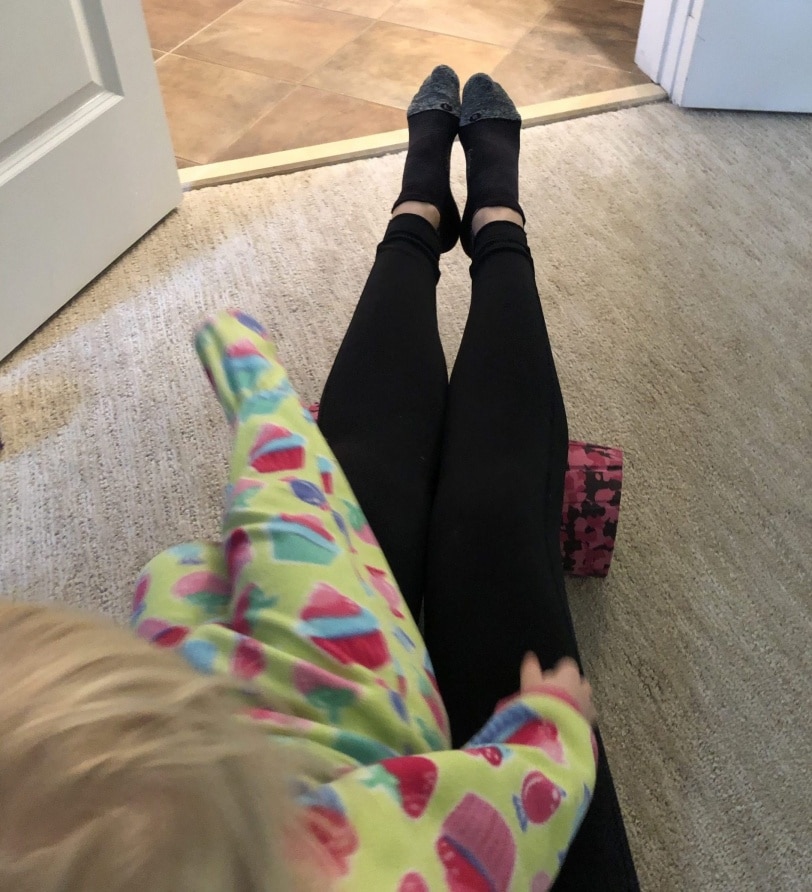 It was an extra hard class this week – sooo many burpees and jumping lunges! 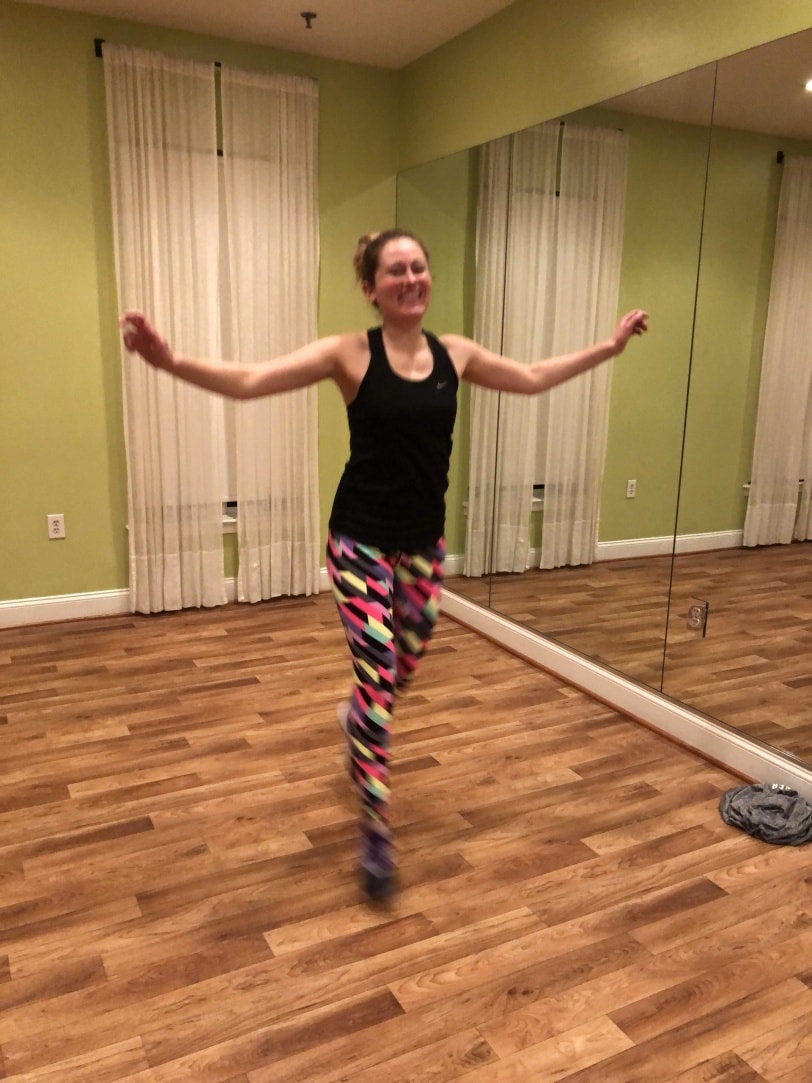 As for food highlights this week, we had some yummy salmon tacos – this is one of my favorite easy dinners. Pan sear salmon in a little oil + some Mexican seasoning, then shred it and throw it into tortillas with guac, slaw, etc. 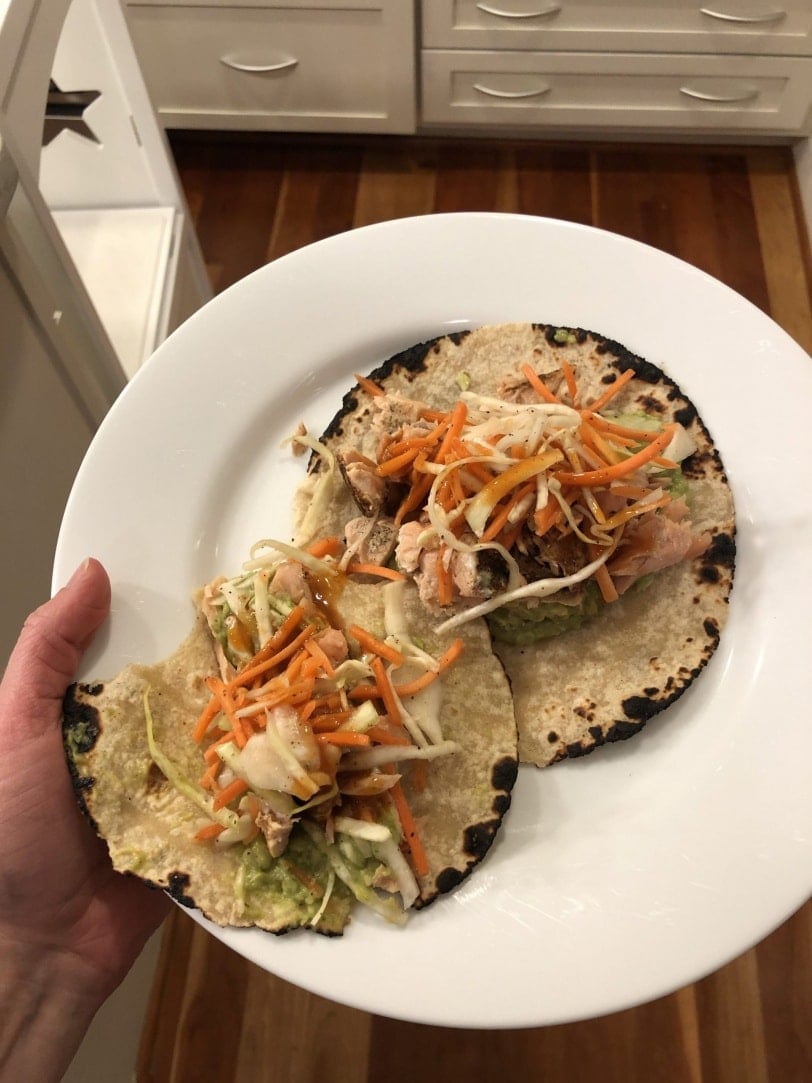 If you love tacos and want another recipe idea, try my Jackfruit Carnitas Tacos – great for meatless Monday!

Another tasty meal was this saucy chicken dish – it was a Sun Basket (<- affiliate link) recipe for Ecuadorian Chicken Stew and really yummy. 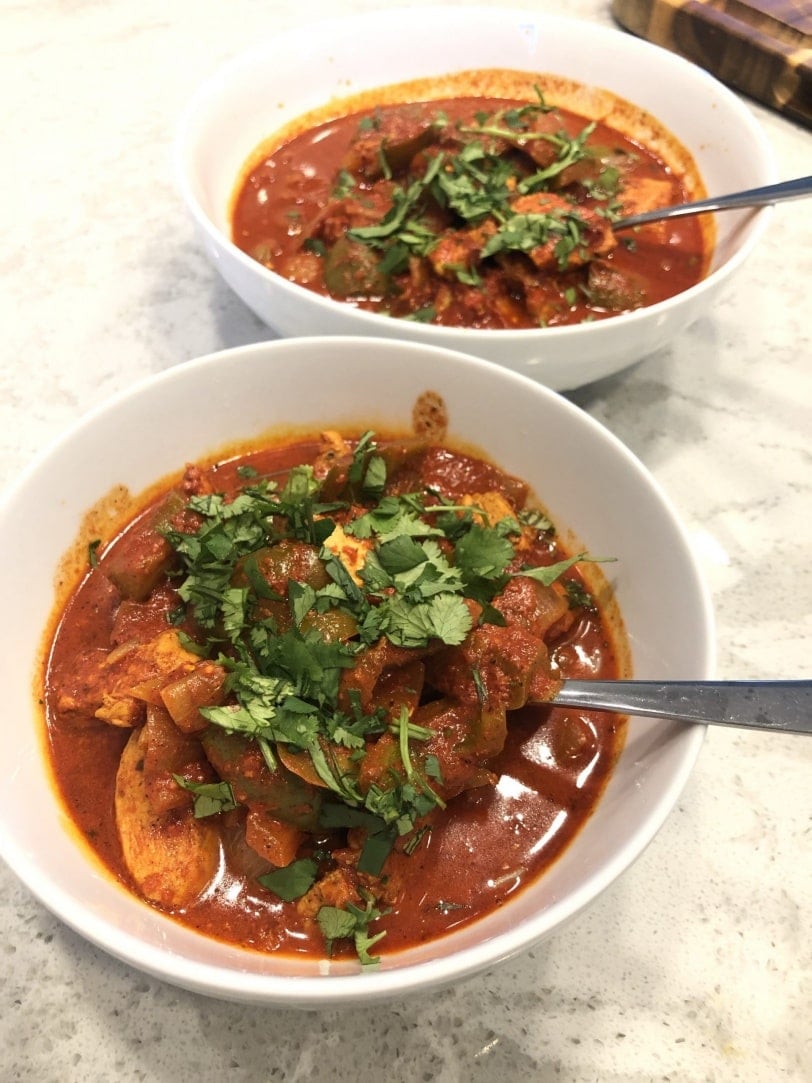 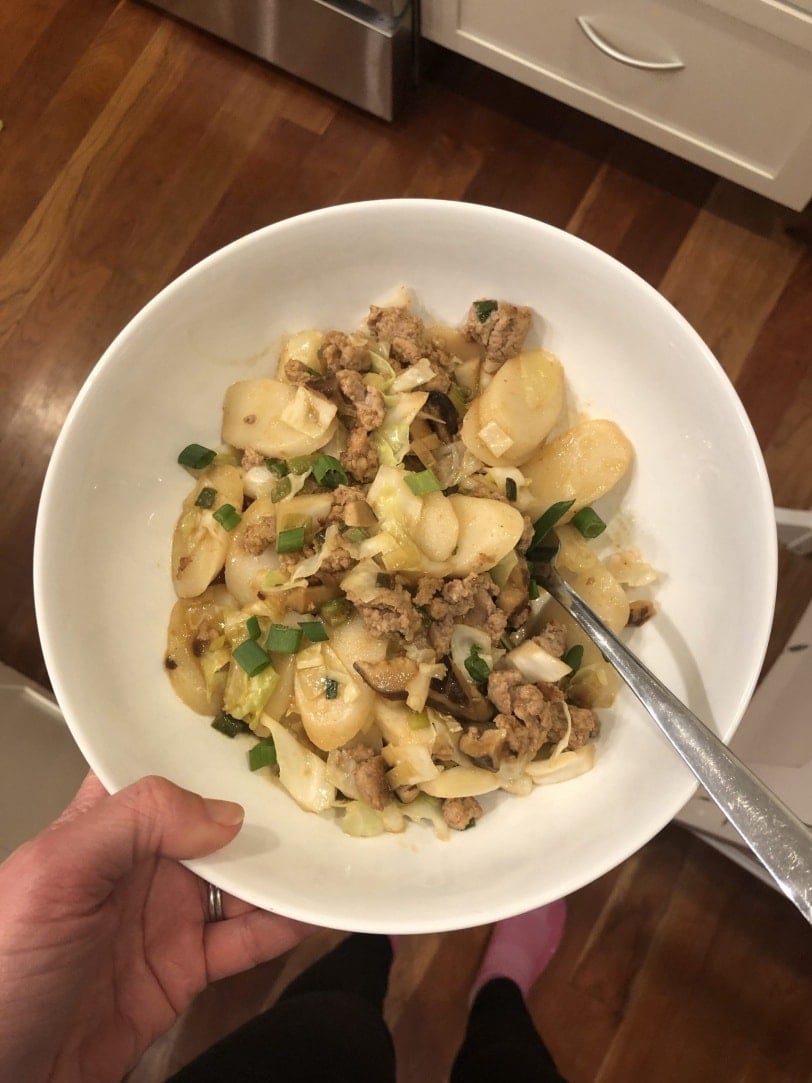 We had some blueberry pancakes leftover from the weekend so I enjoyed those a couple times this week, too. 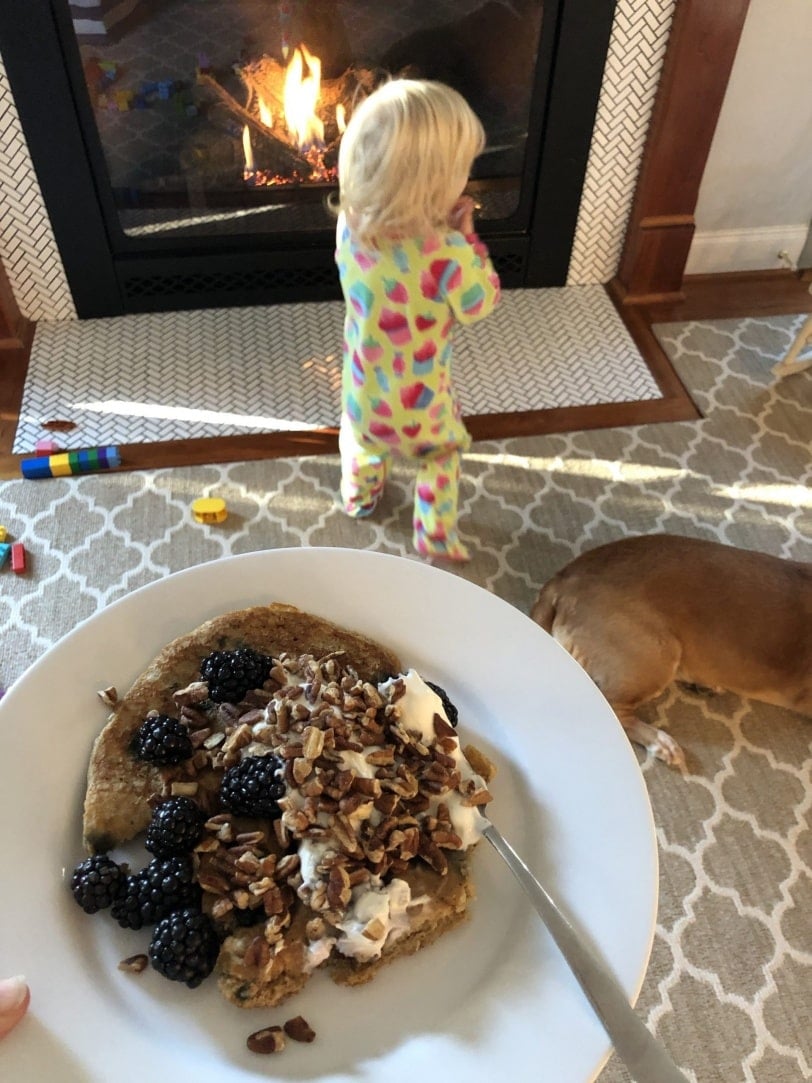 I started reading the book Followers this week and it’s made going to bed early hard because I get so into it! It’s a well written and easy read and super engaging… check it out if you’re looking for something entertaining/terrifying (the premise of the book takes our current internet-obsessed culture and fast forwards into an extreme version in 2050… yikes).

Have a nice weekend guys! I’m doing a meal prep get together on Sunday with my friend Jackie and excited to have some pre-prepped meals to look forward to… we’re going to make a bunch of my Make Ahead Breakfast Burritos (some egg, some chicken) plus some instant pot/slow cooker friendly freezer meals.

My Slow Cooker Chicken Tikka Masala is definitely on the list and I’m excited to eat it again soon… the others are up in the air but I’m thinking maybe my Instant Pot Chicken Tortilla Soup? Perusing other blogs, too – let me know if you have any freezer-friendly make-ahead faves!

I’ll be back on Monday with the details, and in the meantime here’s a link to a recap from our last meal prep party. Like last time, we will put the raw ingredients together in a ziplock and then freeze them until we are ready to cook. 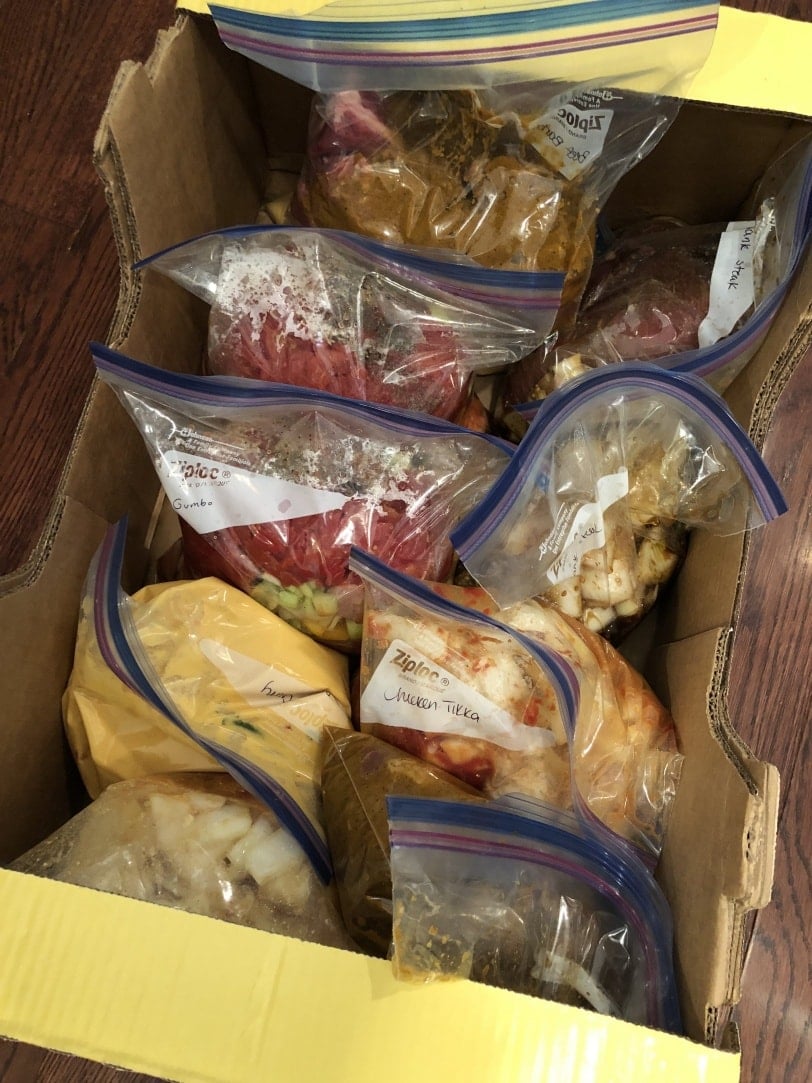 This time it’s just Jackie and I prepping together vs. a whole group because our husbands + kids are going to hang out with us while we cook! Should be a good time. 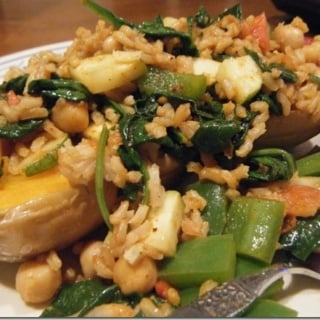 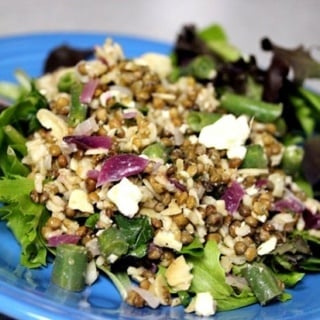 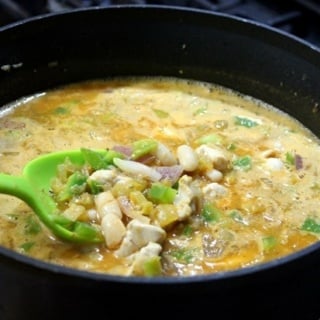 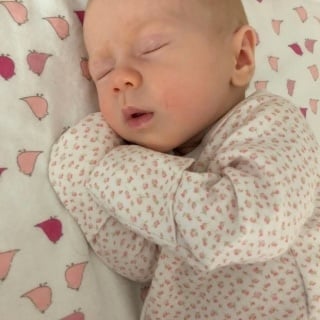