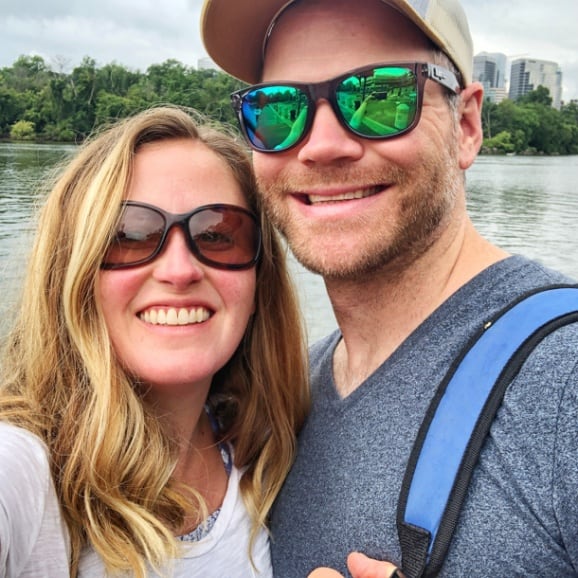 Hello friends! Matt and I are back at his parent’s house outside Pittsburgh after a weekend back at home in DC just the two of us! 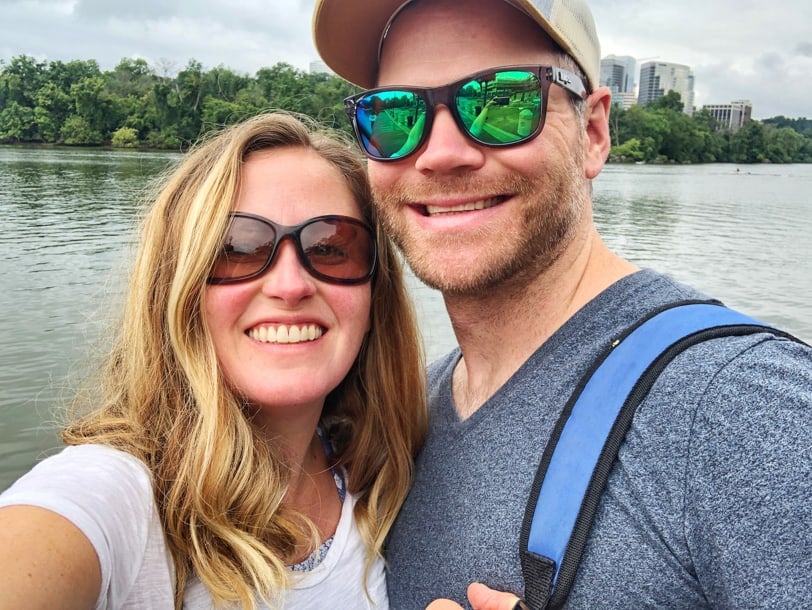 We headed back to DC for the weekend to attend the super small backyard wedding of our good friends on Saturday; Matt’s parents kindly offered to keep Riese for the weekend so we could have some time to ourselves for the first time since… October, I think! Whoa.

It was super weird to be back at home with such a quiet house – no toddler, no dog or cat (they are staying with my parents). I really had to fight the urge to do 500 productive things every second because that’s what I’ve been doing for so long, and instead really tried to relax a bit and recharge.

Here’s what we got into this weekend – we had a lot of fun and I feel super fortunate we were able to have a little mini “staycation” weekend!

We went out on a friend’s boat and it was amazing – I love being on the water. 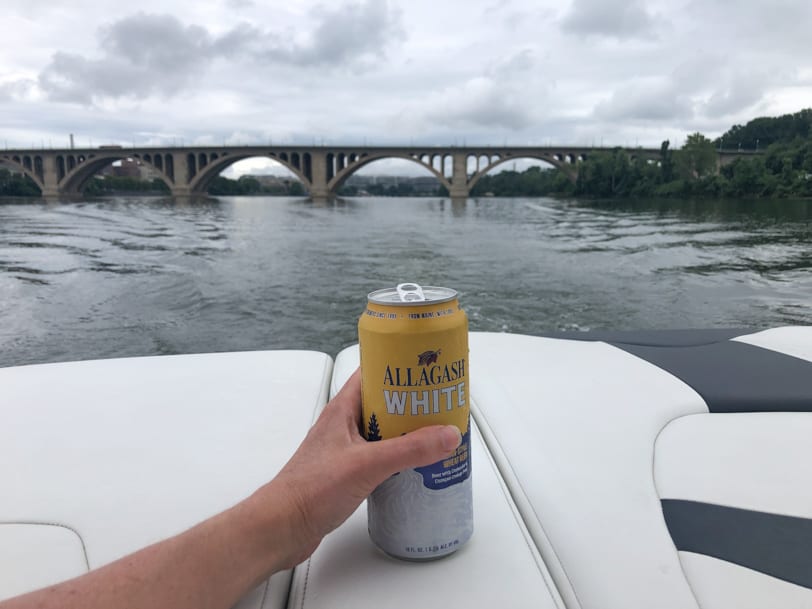 Such pretty views of the monuments from the water! 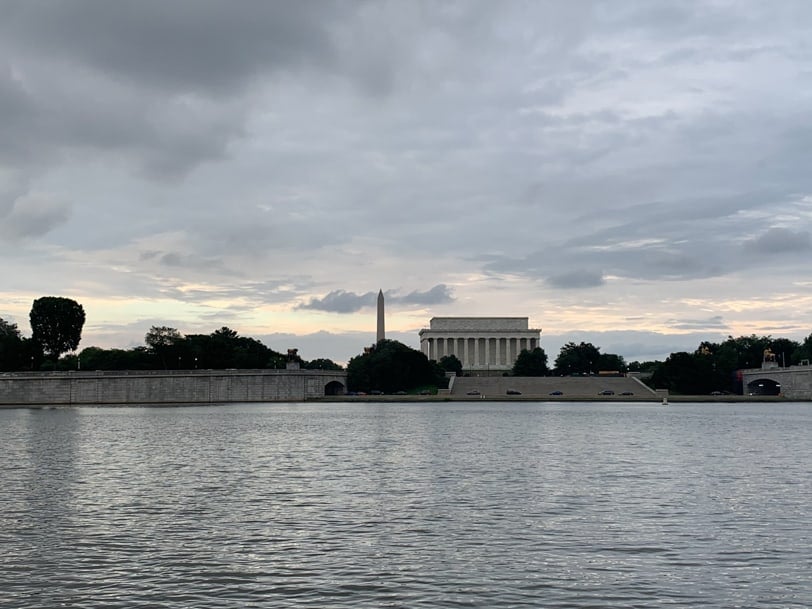 It was a super small backyard wedding at our good friend’s home, and true to 2020 fashion, their wedding favors were personalized masks. Perfect! 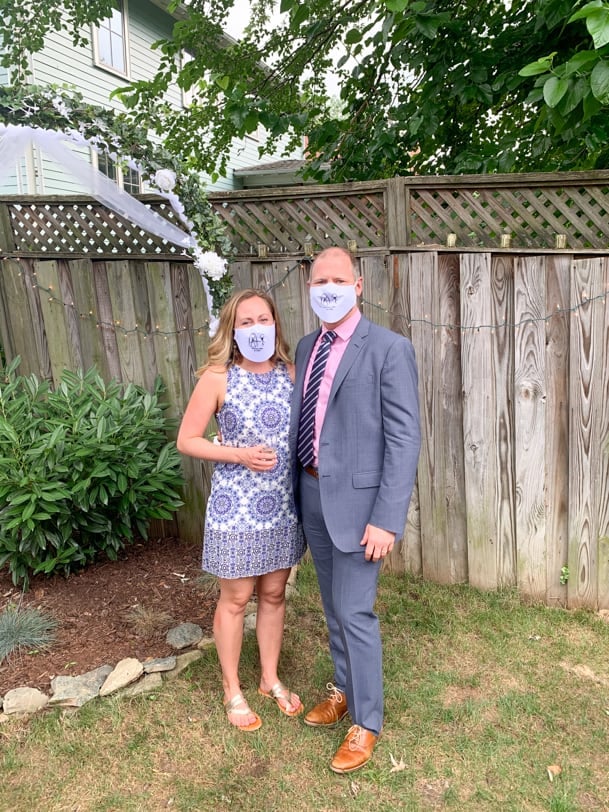 It was a beautiful, special ceremony with only a handful of guests. We are so happy for our friends Matt and Christine!

Congrats again you two – we were honored to be part of your big day. <3 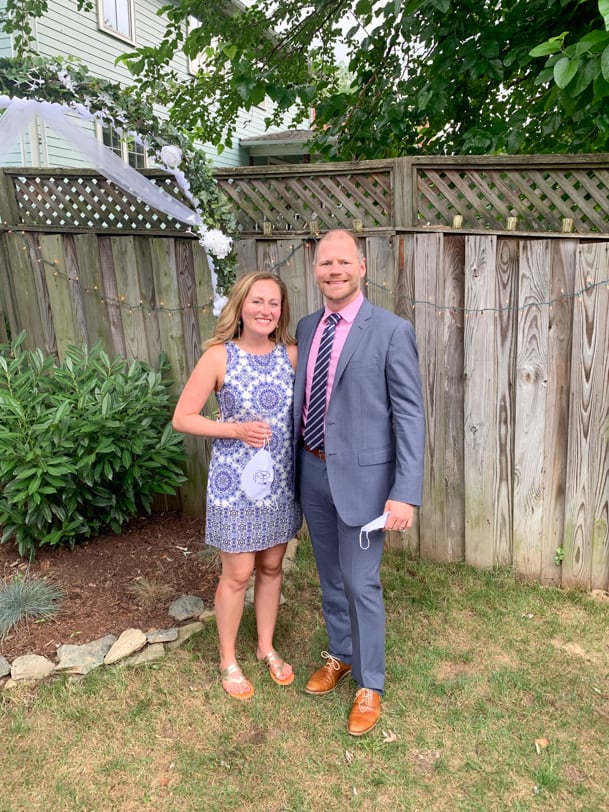 The food was amazing – really good salads with edible flowers, fried chicken and/or brisket, brussels sprouts, and mac and cheese. Everything was absolutely delicious! 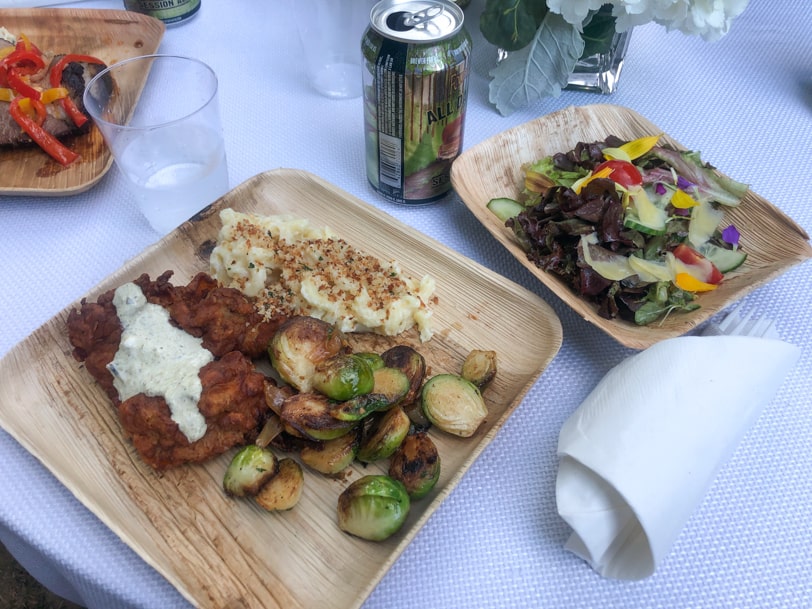 It was really really hot most of the weekend in DC and I wanted to have a fun outdoor adventure with Matt just the two of us, so we decided something water-focused was the best choice!

After some Google searching, I found a spot called Lake Ridge Marina about 30 minutes from us that offered stand up paddle board and kayak rentals on a pretty lake. 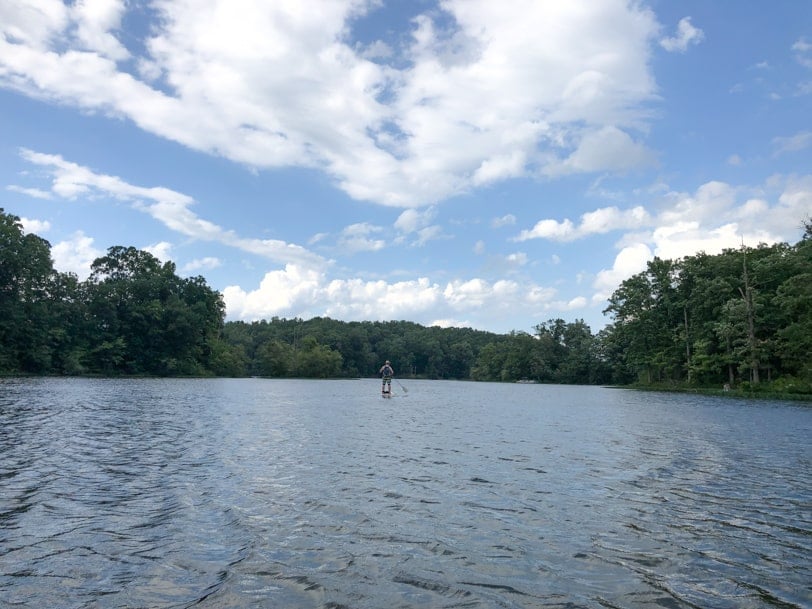 We opted for the stand up paddle boards – I hadn’t been on one in ages (remember when I tried SUP yoga years ago?! that was hard) and I forgot how fun it is! It was nice to be able to sit down and put my feet in the water when I got hot, too. 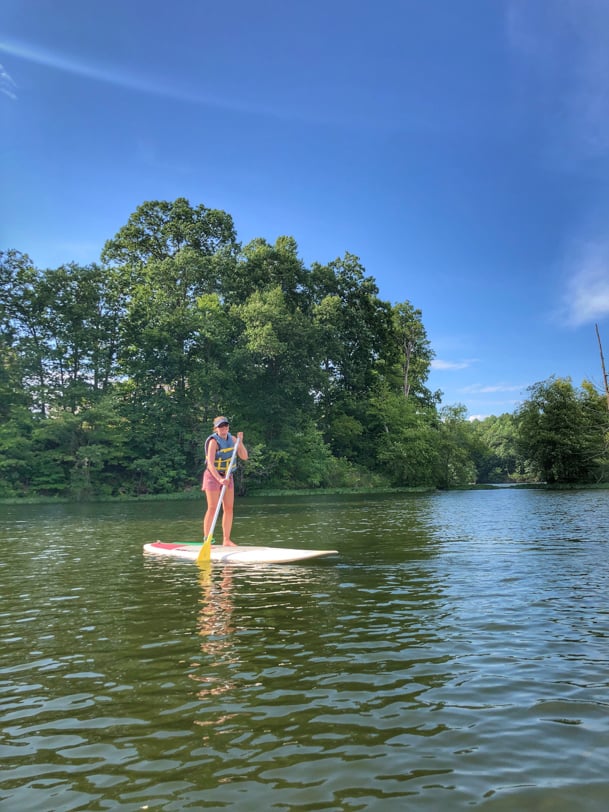 For dinner after paddle boarding, we drove over to an adorable town that we passed through on the way called Occoquan. We’d never been there before!

We found a fun Belgian restaurant with a deserted outdoor seating area called “Cock and Bowl” and ordered beers and a ton of appetizers to share as our meal.

This was one of my favorite moments from the weekend – it was so nice to have a leisurely, relaxing dinner with Matt out at a restaurant and all the food was really good. 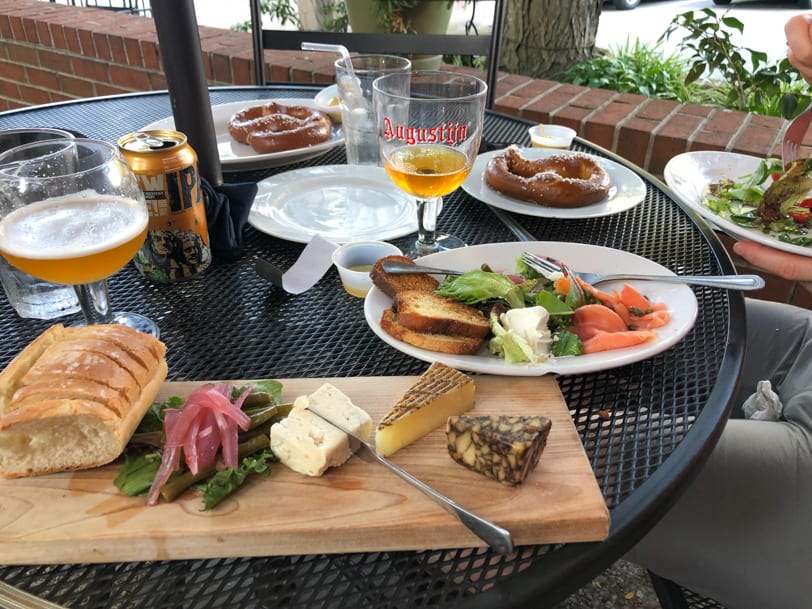 For our last big adventure on Monday, Matt and I decided to break up the drive home and stop at Cunningham Falls State Park, which is about an hour and a half outside DC on the route towards Pittsburgh.

We originally wanted to go hang out at the man-made lake area, but when we got there it was pretty underwhelming – I was so excited to swim and even brought my goggles (nerd alert), but the water was roped off so that the deepest you could go was about to your knees for some reason. It was super weird. 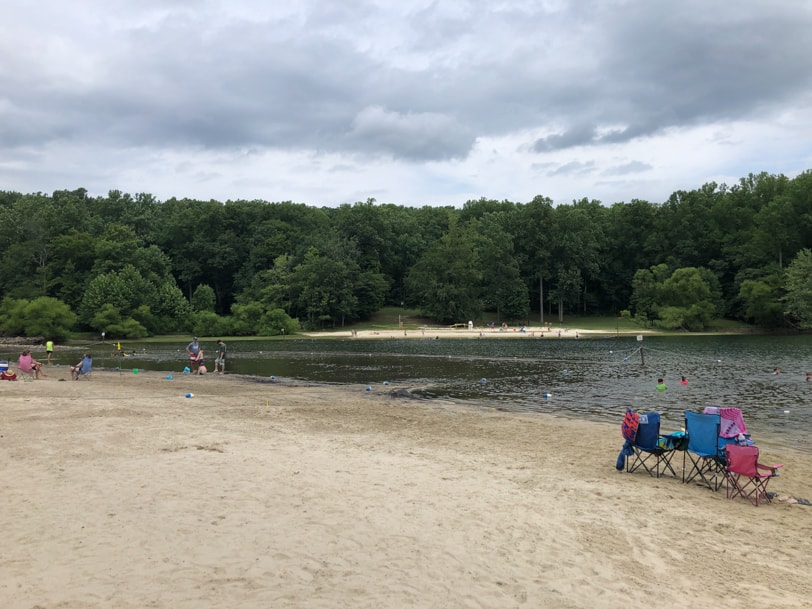 So we decided forget that – we’ll go do a hike instead! 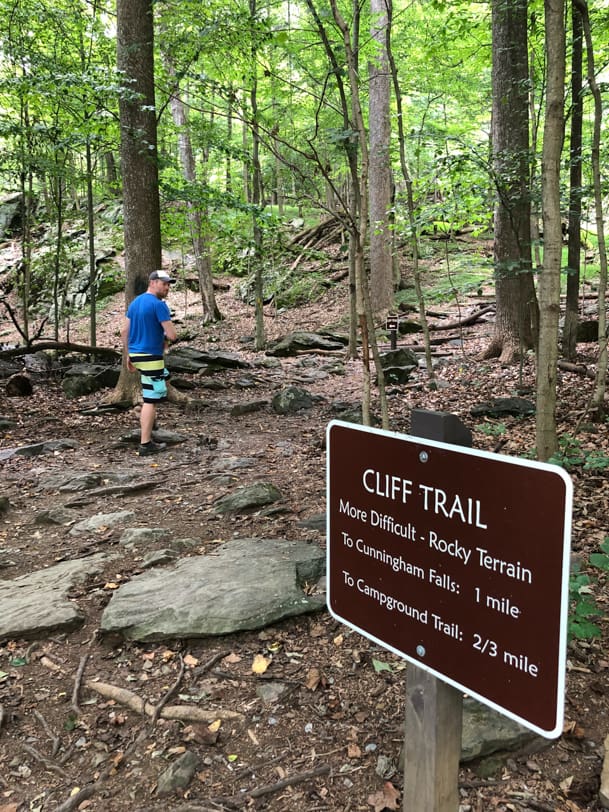 We hiked to Cunningham Falls using the more difficult route, which was some fun uphill hiking and scrambling. 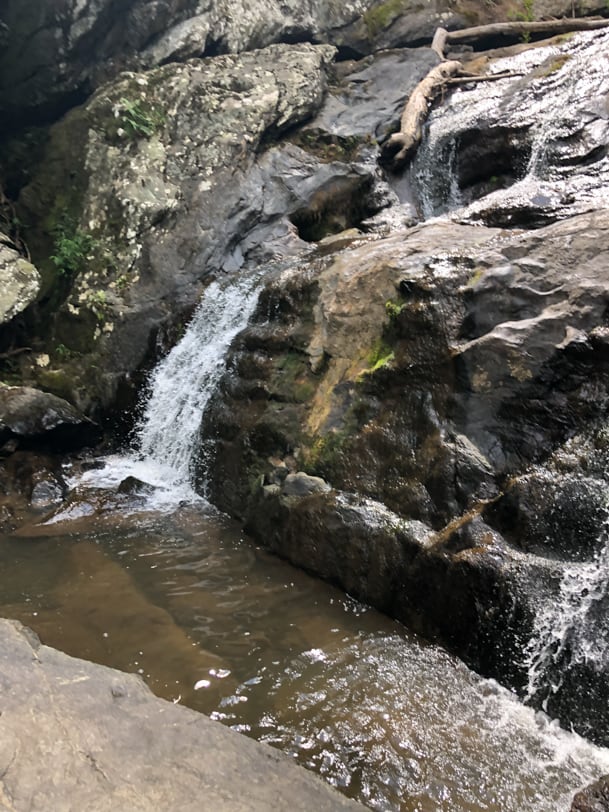 We made it! We avoided the other people that were there and instead hiked up and up and up past the waterfall to an area we had all to ourselves. It was quite nice! 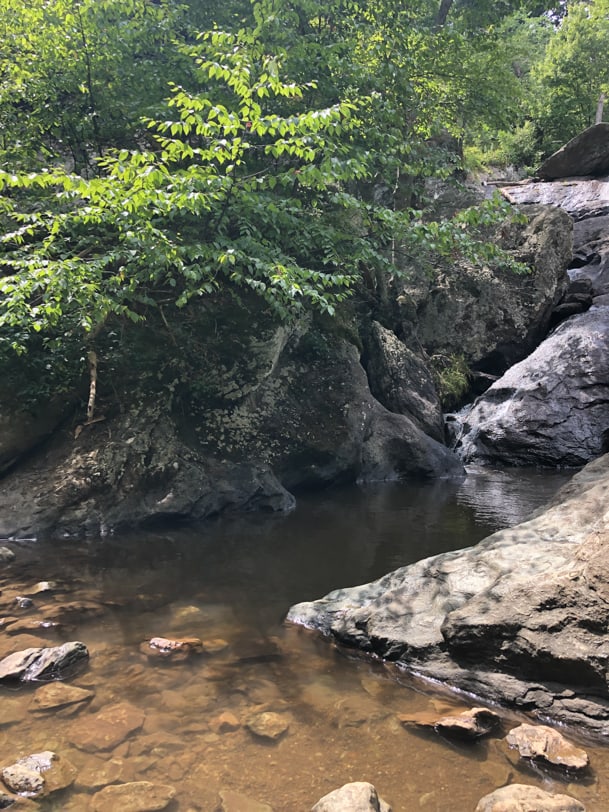 We made it back to Pittsburgh shortly after dinnertime and enjoyed some pork chops, sweet potato, broccoli, and spinach that was saved for us before getting Riese to bed!

What a nice treat of a weekend! We are very glad to be reunited with our little one, but it was so nice to have a little bit of time to ourselves, too – it had been far too long. 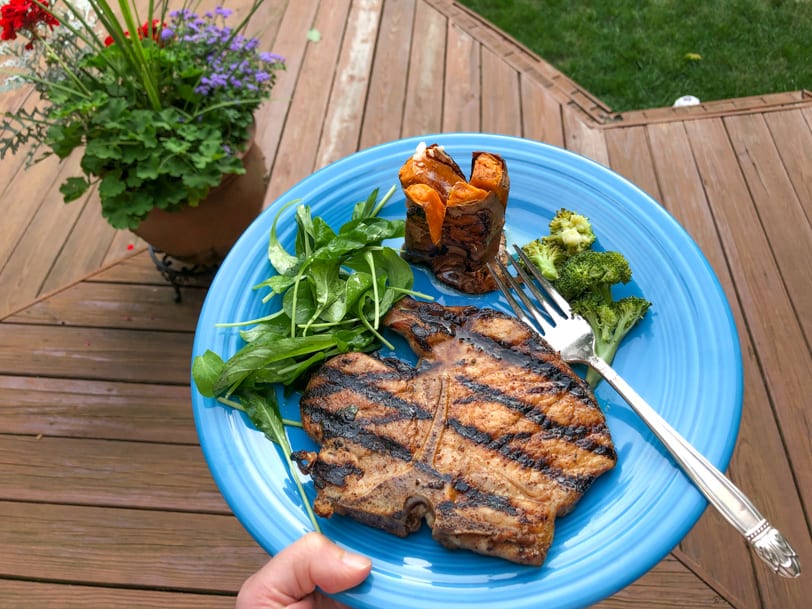 Riese apparently had a blast while we were gone – in addition to Matt’s parents, Matt’s brother Drew and his wife Morgana are here now too and Riese LOVES them, so she had plenty of people to choose from as playmates while we were away!

I’ll see you guys back here on Friday with a recap of what we’ve been eating this week back in Pittsburgh – lots of good eats as usual, including my Mediterranean Sheet Pan Chicken Thighs which was on the menu last night! We’re planning to make my Overnight Crockpot French Toast Casserole this weekend, too.

We’ve decided to stay up here an extra week, until the weekend of August 14. It’s nice to get to spend so much time with Matt’s family and also really nice to escape DC’s oppressive August heat (and storms)!

By the way, I hope you found my Instant Pot Frozen Chicken Breasts Recipe from Monday helpful – it’s such a game-changer to be able to cook directly from frozen without thawing first! 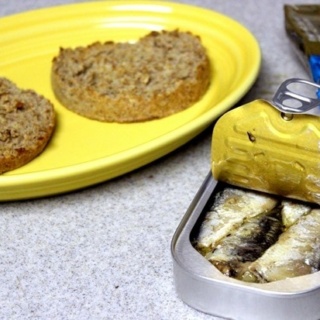 With love for Sardines (and our adorable cat) 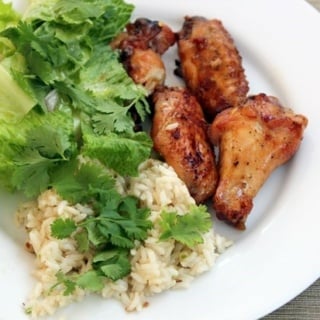 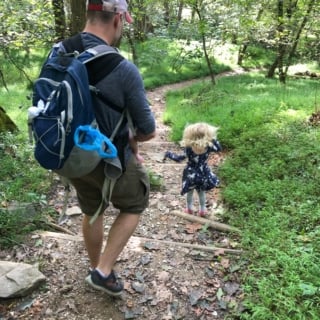